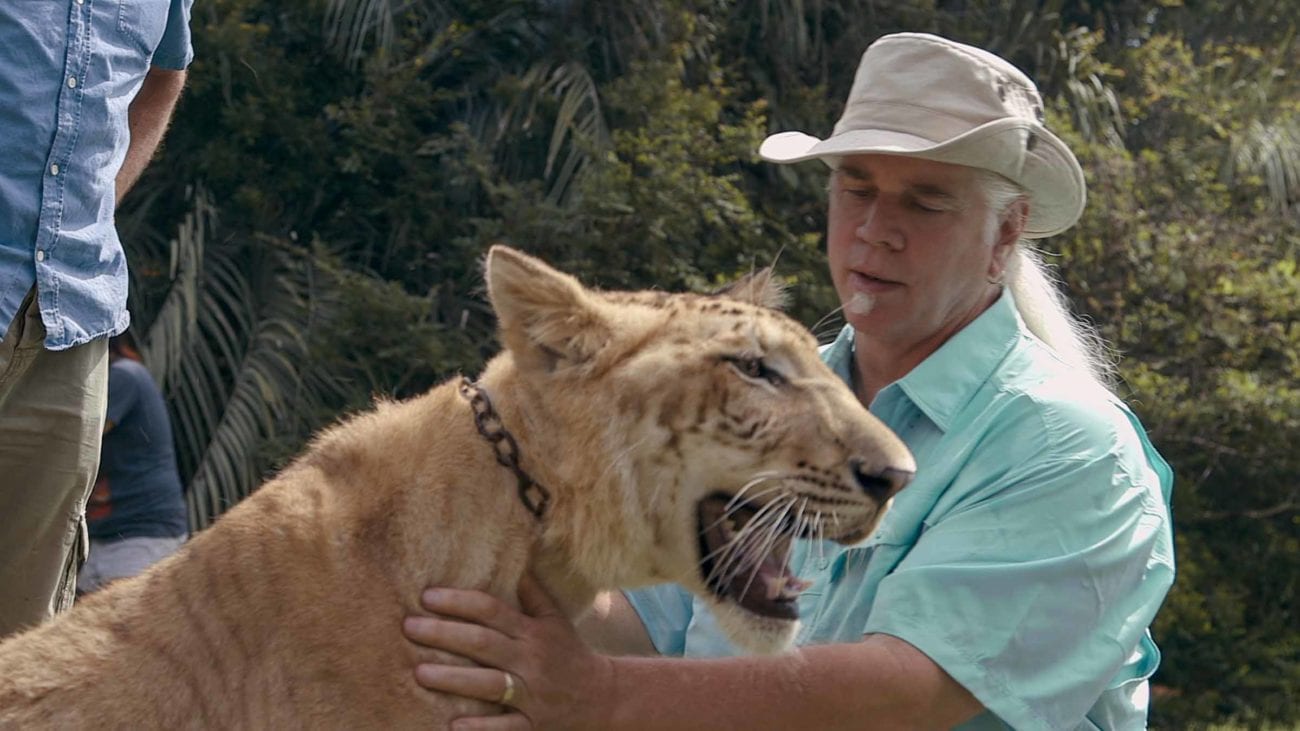 Netflix’s latest binging addiction Tiger King has brought a lot of strange topics to light thanks to the life of Joe Exotic. Polygamy, Carole Baskin killing her husband, what qualifies you to have a career in politics, etc.

But one topic expected to come up is the treatment of animals. On the outside looking in, Joe Exotic is just a man who loves tigers. He created the GW Exotic Animal Park to give himself a place to care for these animals and show them off to the public. But the truth is never what it seems.

Thanks to Tiger King, a conversation has arisen about animal cruelty in zoos, and whether or not the show glorifies it. There’s definitely a fair amount of abuse depicted in the series, as Joe Exotic was far from the big cat lover he made himself out to be. But is it putting Joe on a high enough pedestal to excuse his behavior?

If you walked away from Tiger King thinking any of these people were 100% good, you’re truly mistaken. While Joe and his actions are the main ones on display, no one on that show is truly good. Everyone in one way or another caused issues that led to Joe trying to kill Carole.

Even Carole herself isn’t completely clean, and no, we’re not talking about her murdering her husband. She left her husband after cheating on him with Don Lewis. On top of that, she was a cat breeder in her late teens. This show isn’t about good people. 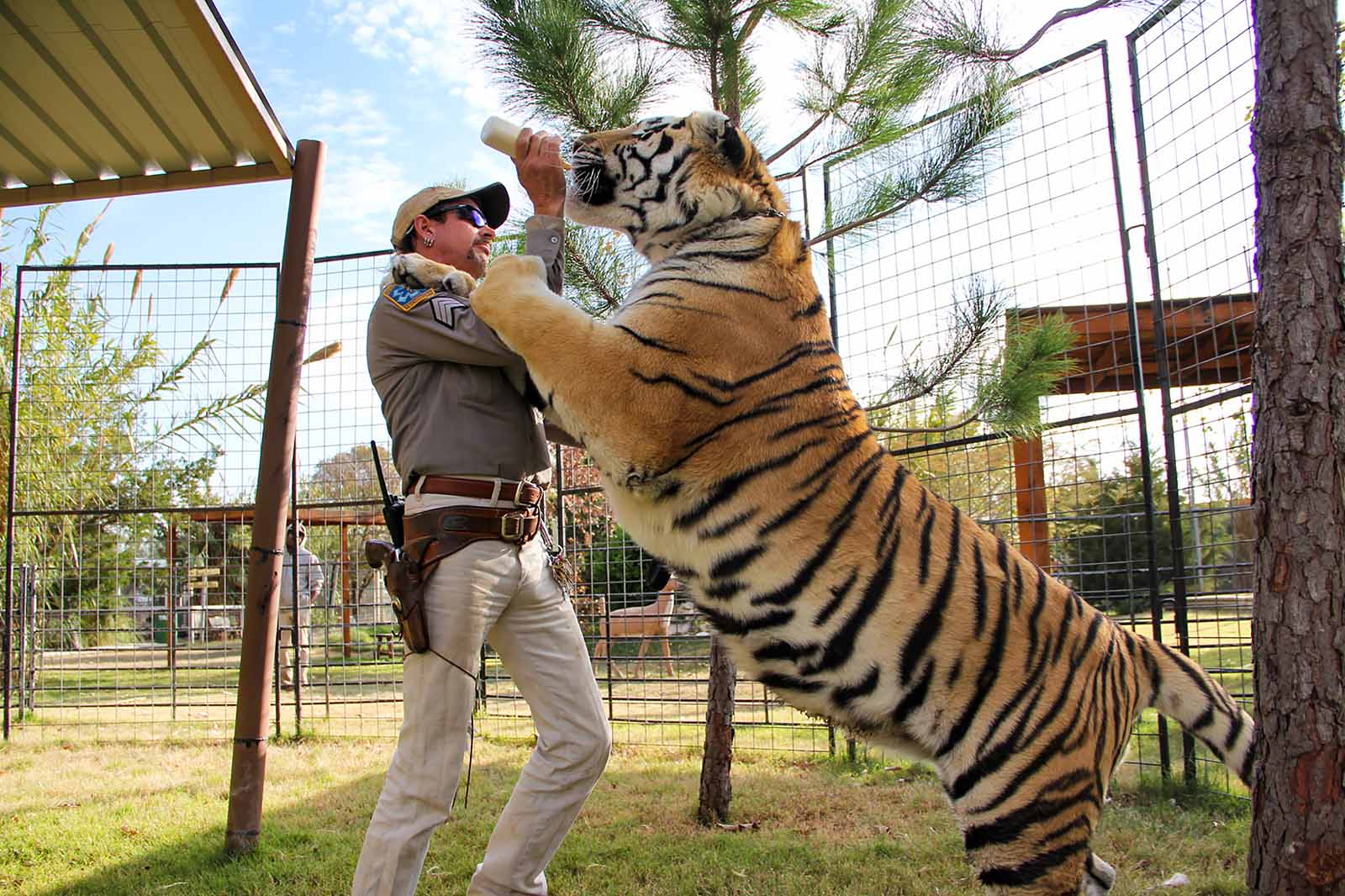 Why are people saying it glorifies animal abuse?

Tiger King is a crazy show. Animal abuse is just one part of the life of Joe Exotic. But many feel that the show, once it establishes the animal abuse, glosses over it in favor of the narcissistic humans that caused the violence to occur in the first place.

Animal rights groups like PETA and the Carolina Tiger Rescue have noted a spike in interest in the treatment of big cats. Even the Wild Animal Sanctuary in Colorado, where many of Joe Exotic’s animals ended up, is noting an increase in interest.

But they also don’t think the show did a great job for the average person in terms of trying to convince them to care about these animals. They address the abuse as bad, but then focus the majority of the screen time on the abusers, not the abused. 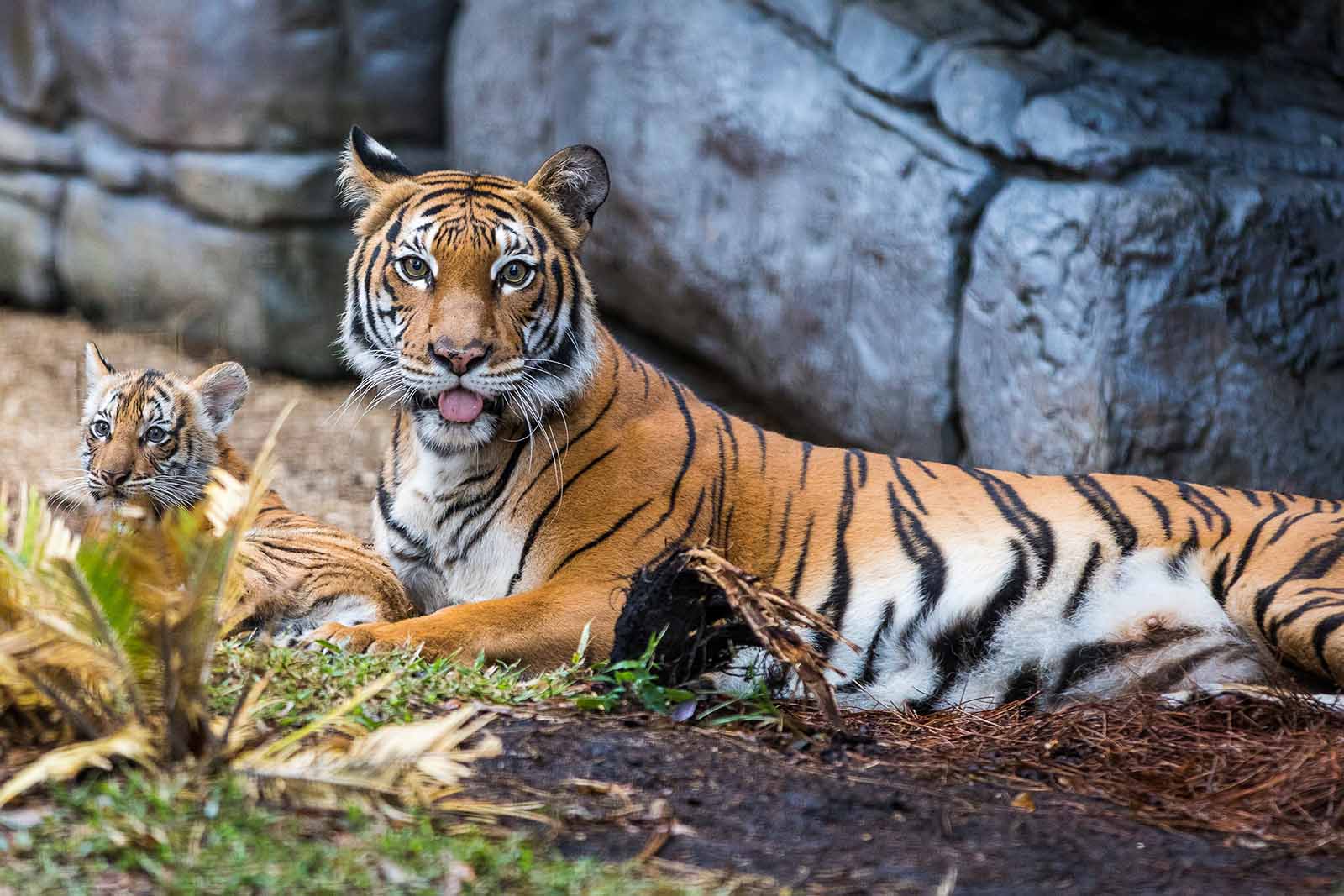 The tigers are just as much of a character in the show as Joe Exotic and his crew. Especially since Joe started the zoo with good intentions until he became corrupted, these tigers deserve more of a spotlight. Animals are just as alive as the rest of us, and if even half the things that happened to them at the zoo are true, these cats have been through a lot.

We fail to treat animals with any dignity though, as we don’t see them as equal in life to us. Yet we’re willing to call our house cats and dogs our best friends. There’s no reason for us to ignore the abuse these tigers went through just because it’s not as interesting as Joe Exotic’s several husbands.

Sure, Tiger King is a true crime series, but there was a crime committed against these animals. They were beaten, malnourished, roughened up, and just treated terribly by people who were in no shape to be taking care of them. Why is that not the headline of the show? 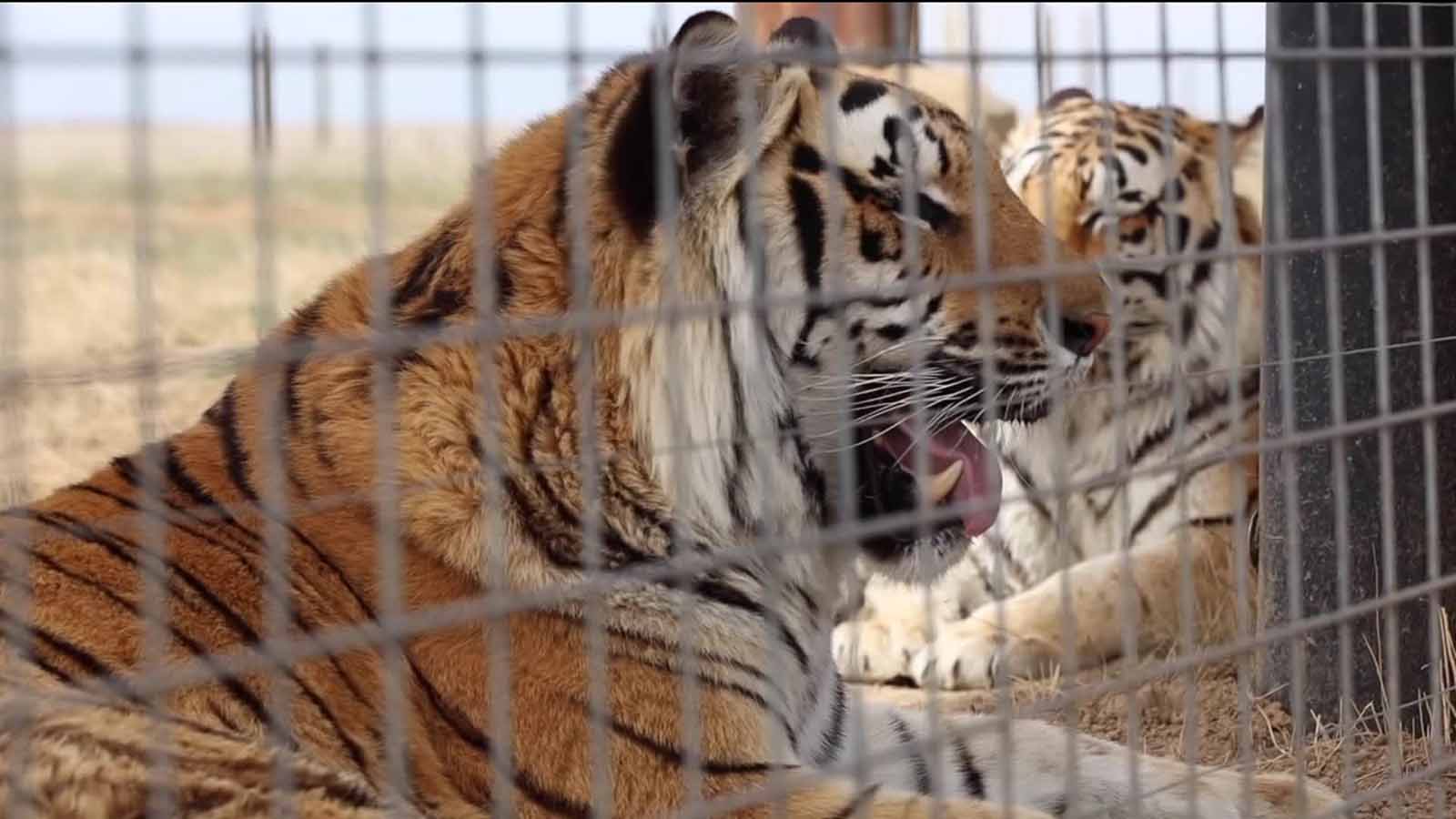 Not glorifies, glosses over

So, Tiger King by far does not encourage or glorify animal abuse. It condemns it and the people who were abusive towards these animals. But it doesn’t go as far into the conversation as it should.

With Netflix giving this show such a large platform, that’s a real missed opportunity. There could’ve been a lot to say about the state of these animals before and after leaving Joe’s hands, and how these animals suffered psychologically under all the abuse on top of physically. But nope, we’re more focused on how many wives Doc has.

Hey there cool cats and kittens, sign up for our newsletter. We promise only the most relevant news, articles, polls, and quizzes in your inbox.