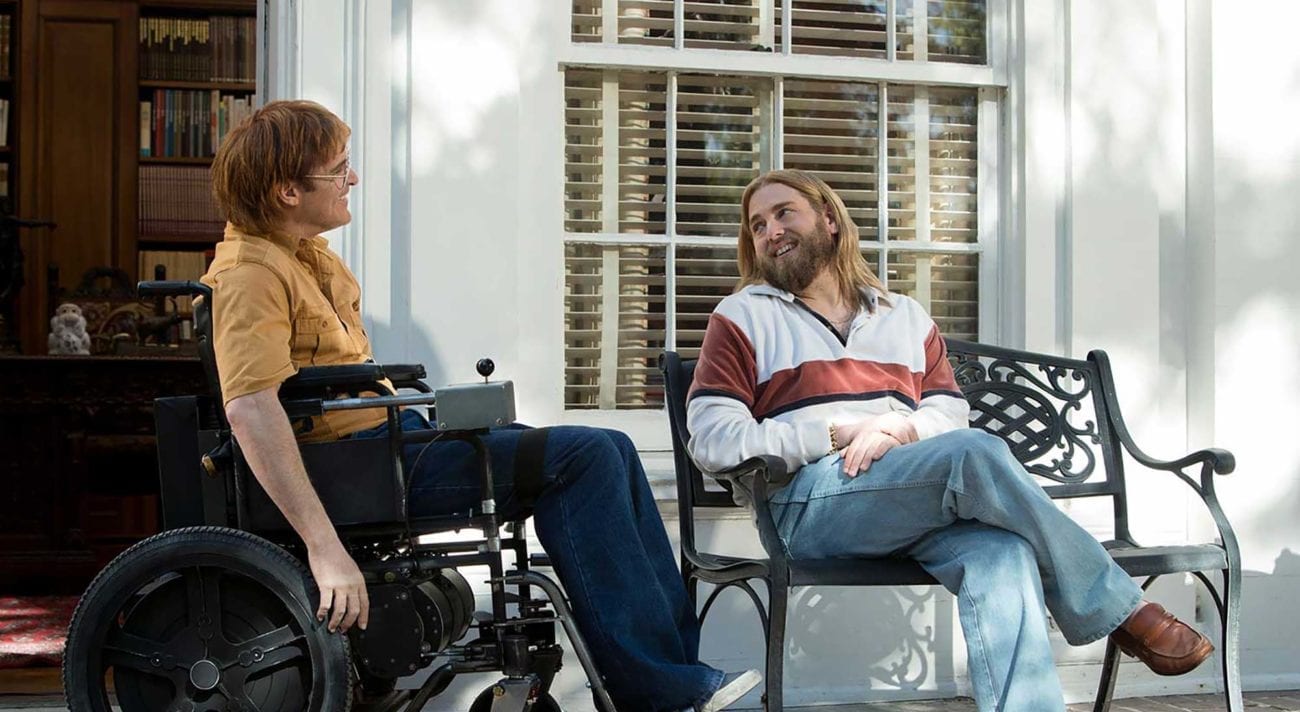 Van Sant’s Don’t Worry, He Won’t Get Far on Foot a “must see” at Sundance

Hollywood is hitting pause on the awards ceremony festivities and heading down to Park City, Utah, where the 2018 Sundance Film Festival kicks off tomorrow. Four must-see films in the lineup from Amazon Studios include Gus Van Sant’s Don’t Worry, He Won’t Get Far on Foot. This John Callahan biopic has a wealth of talent on board with Joaquin Phoenix, Rooney Mara, Jonah Hill, and Jack Black supporting.

Speaking of Pheonix, he’s featuring in Lynne Ramsay’s You Were Never Really Here, another of the studio’s new films at Sundance. In addition, Lauren Greenfield’s documentary Generation Wealth premieres at the opening night, capturing a portrait of materialistic, image-obsessed American culture. Finally, Spike Lee’s new film will finally be revealed from its unusual veil of secrecy to show Antoinette Nwandu’s play Pass Over – something you don’t want to do if you’re headed to the event, as each of these is an unmissable event.

While Sundance founder and Oscar-winning director Robert Redford claimed last January that its festival executives “stay away from politics [and] don’t play advocacy”, it seems in the aftermath of the Harvey Weinstein scandal and subsequent birth of the Time’s Up movement both will be hard to avoid. Variety reports on how the festival will tackle #MeToo & political turmoil and why, combined with previous Hollywood scandals, Sundance could become “the first fest where post-traumatic stress disorder is the unofficial theme.”

Hot off the heels from the Girls Trip win at the NACCP Image Awards this week, Jada Pinkett Smith has been announced as one of the jurors at this year’s Sundance – looks like the actress will be doing some decision-making of her own. Smith will be joined by seven other jurors including Oscar-winner Octavia Spencer, producer Chaz Ebert, Garbage’s Shirley Manson, Emmy-winner RuPaul, actor Michael Stuhlbarg and Black Panther cinematographer Rachel Morrison. Overall a delightful hodgepodge of cinematic talent.