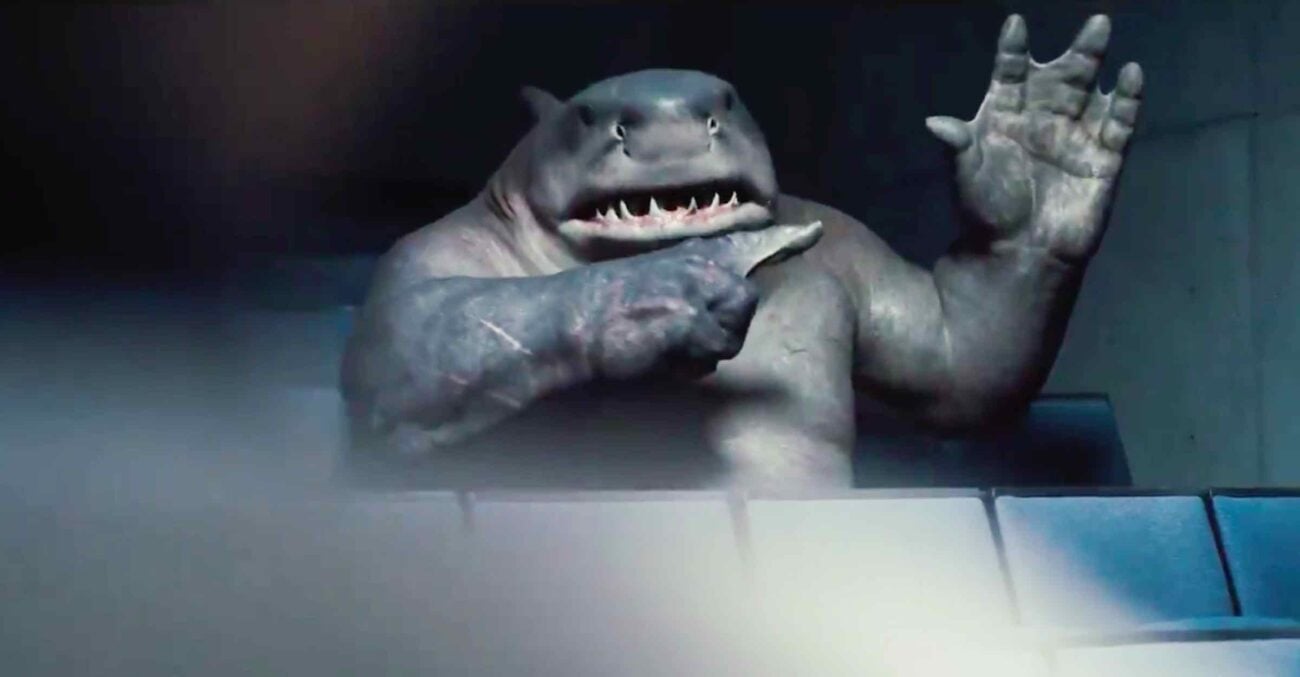 Did ‘The Suicide Squad’ director confirm a King Shark theory?

This theory has clearly taken over the internet with many pointing at the many bits of evidence in the Suicide Squad film during King Shark’s iconic moments. From him reading a book upside down to his adorable Peacemaker doll, many have clear evidence that King Shark is in fact the youngest member of the Suicide Squad even without Gunn’s final word on the subject.

Naturally, Twitter continues to blow up over James Gunn’s Suicide Squad as well as King Shark. We swam through the threads to find the best reactions to this theory. Get ready to face off against Starro as we dive into this film theory about King Shark from Suicide Squad. 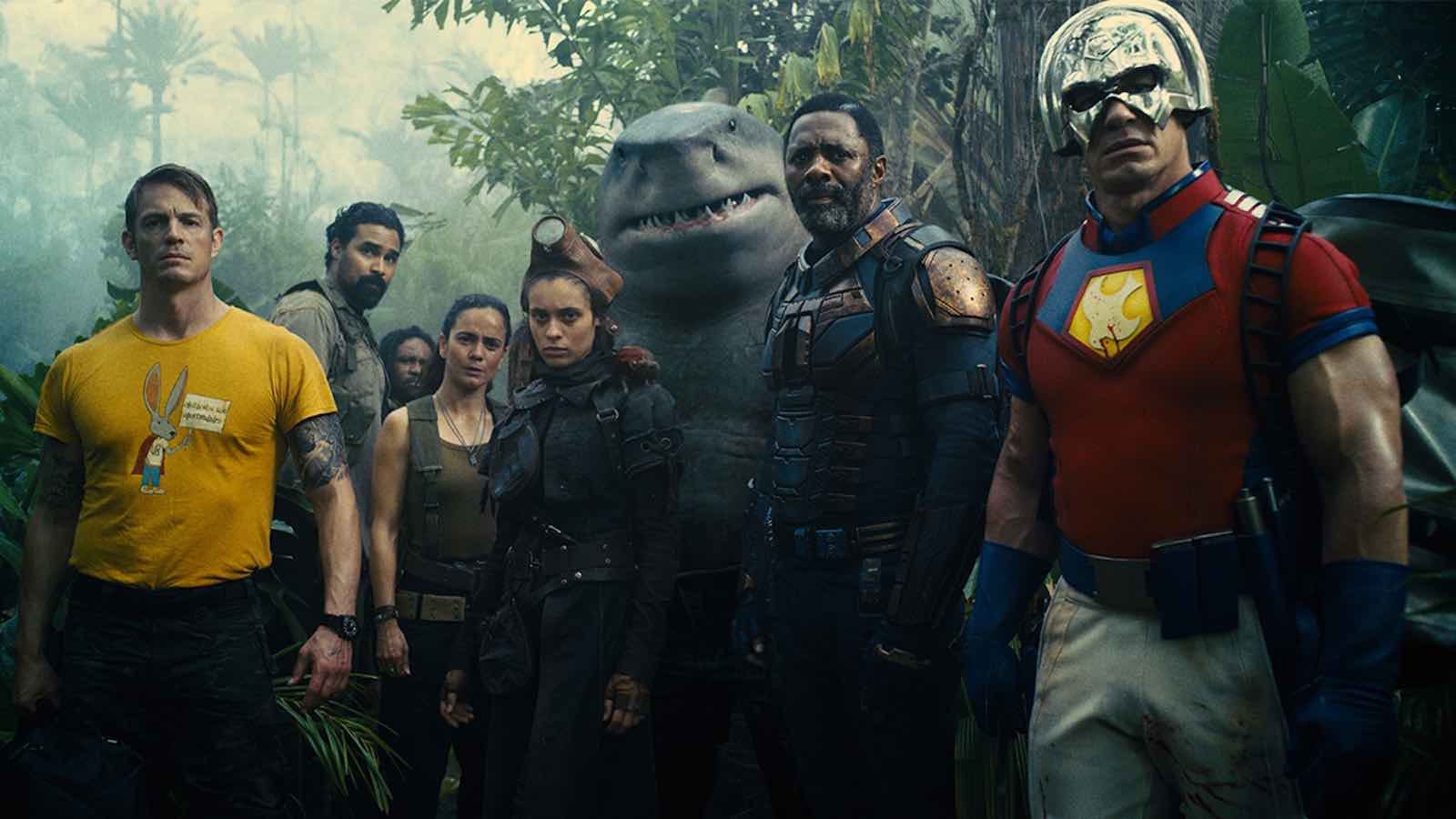 James Gunn’s version of Suicide Squad was . . . different to say the least. Full of gore, violence, and toting an R-rating (Deadpool would be proud) the film was, in many ways, the mirror of its predecessor, a PG-13 film focusing more on family and connection versus big action sequences.

While some familiar faces were still present, including Margot Robbie’s Harley Quinn and Joel Kinnaman’s Rick Flag, they weren’t any safer than the new kids on the block, with Flag and Captain Boomerang being killed off in the film (George R.R. Martin, eat your heart out).

Many fans weren’t that mad, though, as many of the new characters quickly became fan favorites. This, obviously, included King Shark/Nanaue, voiced by Sylvester Stallone. The childlike wonder & adorable humor offset by his need for food let him steal the show, with this theory only giving him more of a spotlight for many fans. 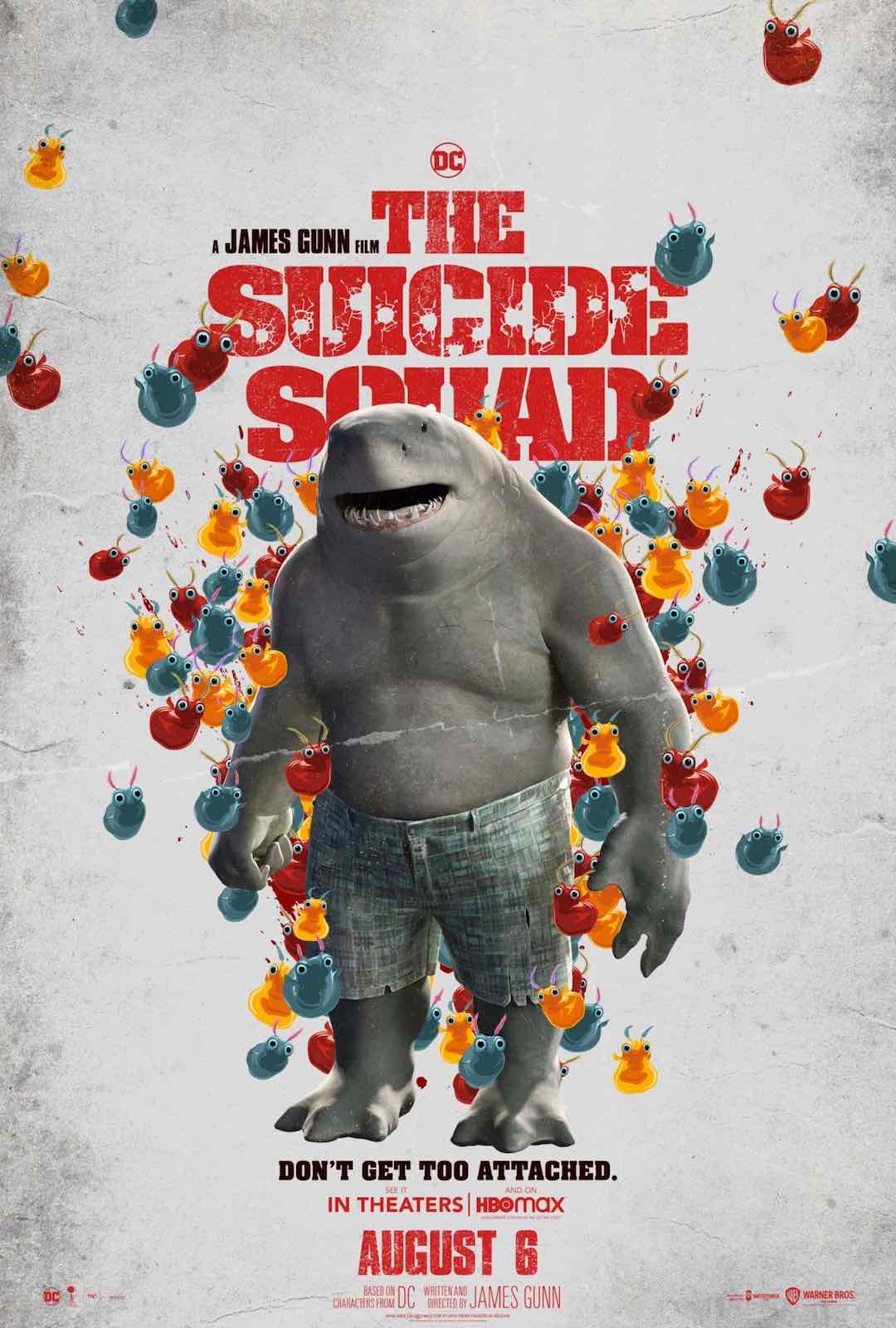 The theory is quite simple: King Shark, throughout the film, doesn’t have much going on upstairs. He reads a book upside down, he’s proud of his ability to recognize his own hand, and his hunger not coming from a place of malice are the backbone of the theory that he is, in fact, an actual child.

However, it goes beyond just simple observations. As he is part shark, King Shark ages differently than humans. Gunn specifically based his design on a great white shark, a species that could be around five feet when born but can take decades to reach full maturity. Despite his hulking mass, many posit that he may have room to grow more, both physically and mentally.

Child or not, it’s no surprise that King Shark has become one of the newer characters to have stolen many people’s hearts & continues to do so all over social media, especially on Twitter.

Obviously, many on Twitter continue to talk about King Shark as well as create fun fanart for the character, especially now that his supposed young age has become a popular theory. Reactions to King Shark include:

*Grabby hands*We just want to give him a big hug!

THE SUICIDE SQUAD was an incredibly fun, hyper-violent, beautiful and hilarious ride. King Shark and the Rats stole the show. Looked glorious. More of this please.

The Suicide Squad's King Shark Is Only A Child – Theory Explained https://t.co/bN8YcwGXKM

// Listen, it's hard not to look at the shark friends just go a little "Awww" if you've watched the new Suicide Squad.

Fish are friends, not food!

That’s so cool! How are you guys so talented?!

What are your thoughts on this theory for King Shark from Suicide Squad? Drop them below in the comments before Starro takes over!