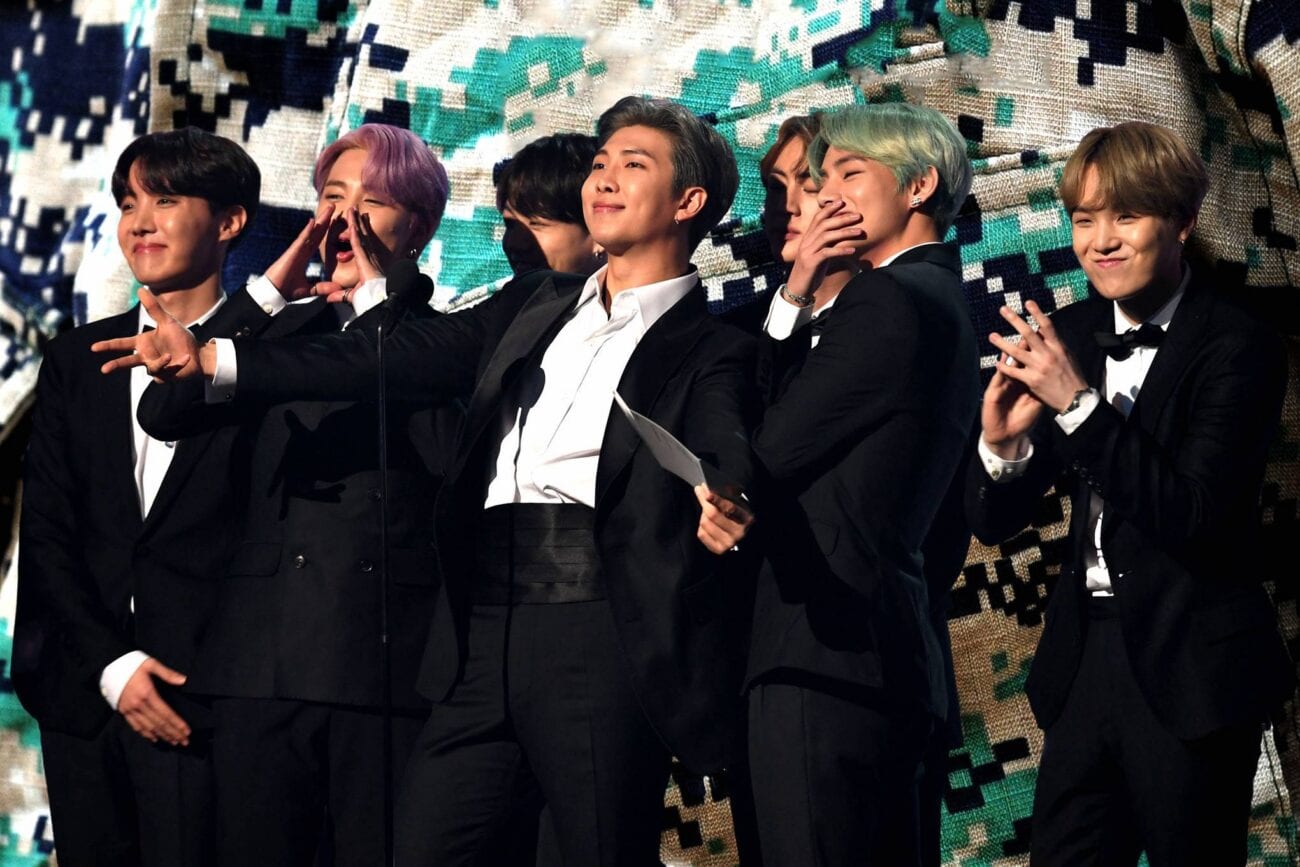 Of all the fan communities that engage in drawing fanart, we’d say the BTS community is one of the most devoted. There are probably thousands of BTS fanart pieces churned out every day. And not just your run-of-the-mill quick sketches either.

We picked out some of the greatest fanart drawings we’ve seen recently for you to feast your eyes on. Maybe get out a notebook to jot down some ideas. These drawings might just inspire you to create your own BTS fanart. 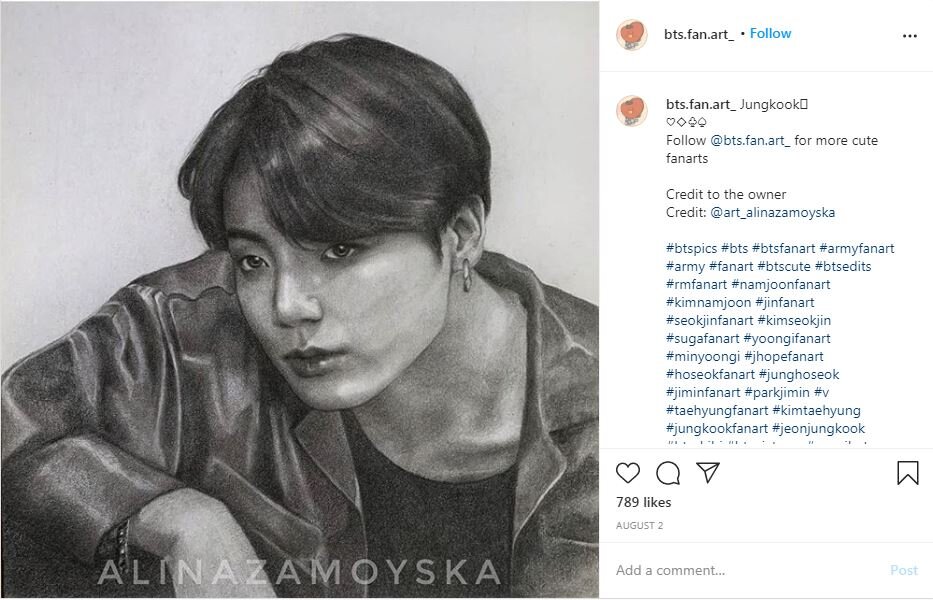 Jungkook really looks pensive in this nice pencil drawing. We love the way the artist made the light bounce off of both Kookie’s jacket and his hair. What do you think he’s eyeing off in the distance?

Guitarist of the century

Here’s a fanart of Min Yoongi playing the guitar. He looks so content, like his entire being is at rest in the soundwaves of his music. The warm colors in this fanart give off a comfy feeling. 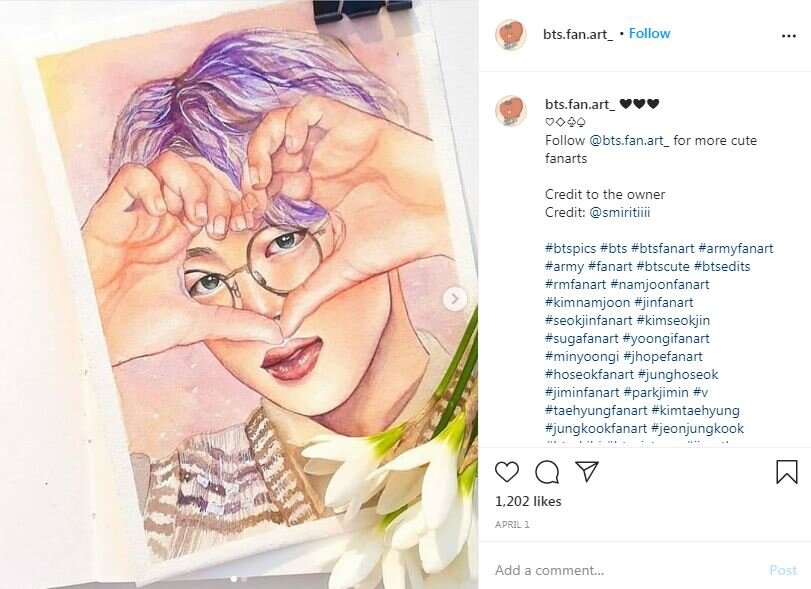 With his purple hair and heart hand sign, Jimin puts “I purple you” in a different light. We love the detail of photographing this fanart with the white flowers in the corner. It really adds to the shot.

Taehyung as a witch?

Taehyung definitely has the tendency of bewitching his fans with his looks. This V fanart is so creative – and what a unique style! This artist has attached a backstory to the drawing and everything. Not to mention that cat familiar looks awfully familiar, don’t you think? 😉 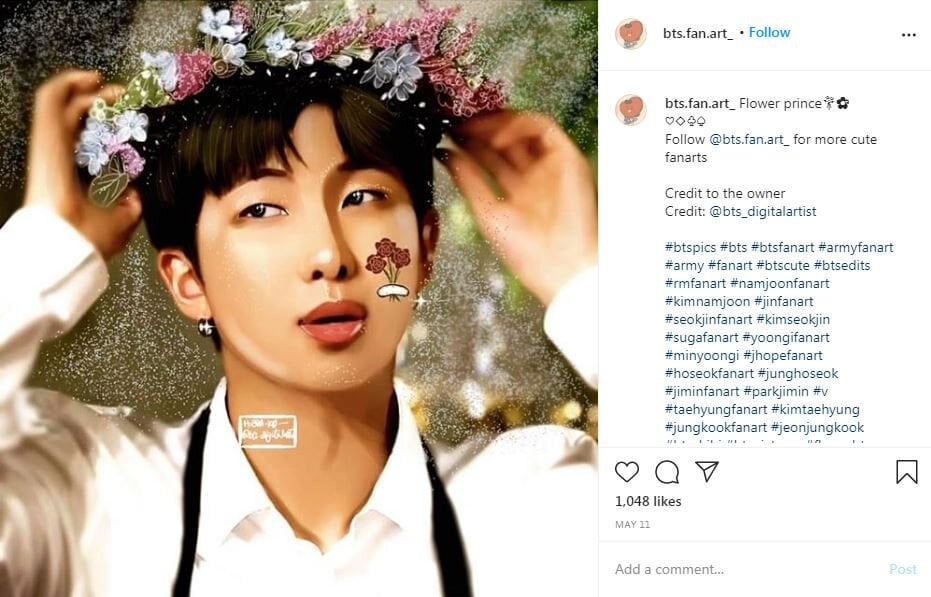 RM certainly looks princely in this digital fanart. He practically looks like he’s going to sing some animals out of a forest. Or should we say rap? Now that’s a funny mental image. Just imagine Namjoon laying some rhymes on deer, squirrels, and birds. He’d be a K-pop Snow White. 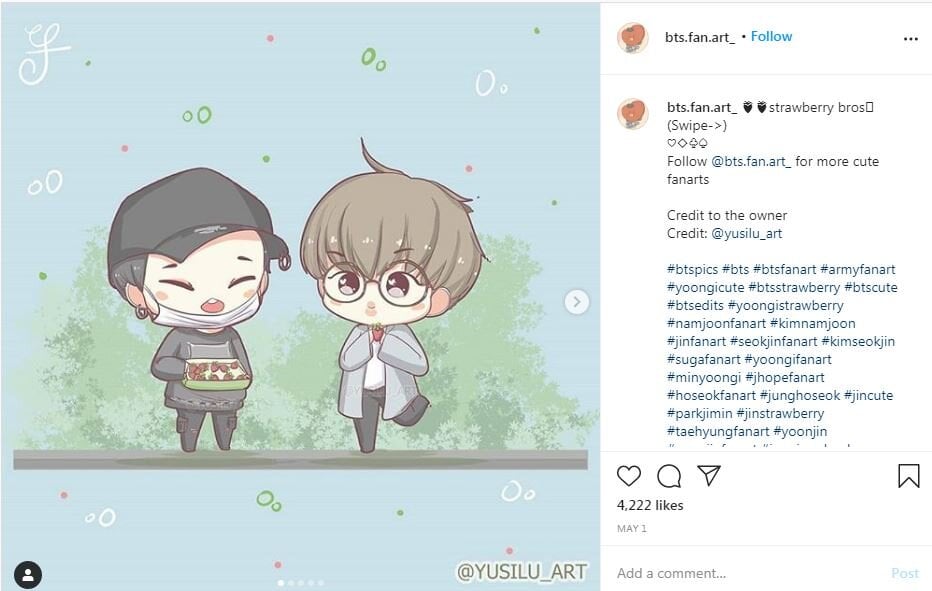 Pastel chibis are the best!

Cute-as-a-button Yoongi is the hyung (elder) of most of the BTS members. He’s calm, collected, and some might say the brains of the operation (since he’s written and produced so many of BTS’s songs). If you catch Suga on some of the BTS reality shows you’re sure to see his hyung side in action. This chibi art hits the nail on the head with Yoongi playing leader and other members being cute & mischievous in the back.

This stellar drawing was done as a belated tribute to Jimin’s birthday. Jimtober is almost over, everyone! 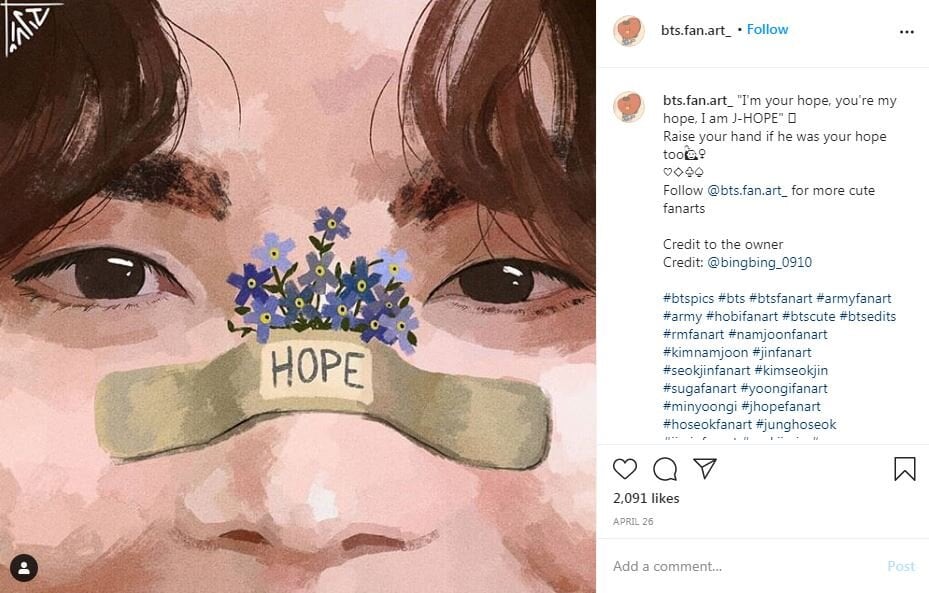 This one’s one of our favorites of the batch. It’s done from such a creative perspective and the sprig of flowers springing from underneath J-hope’s bandage is adorable. 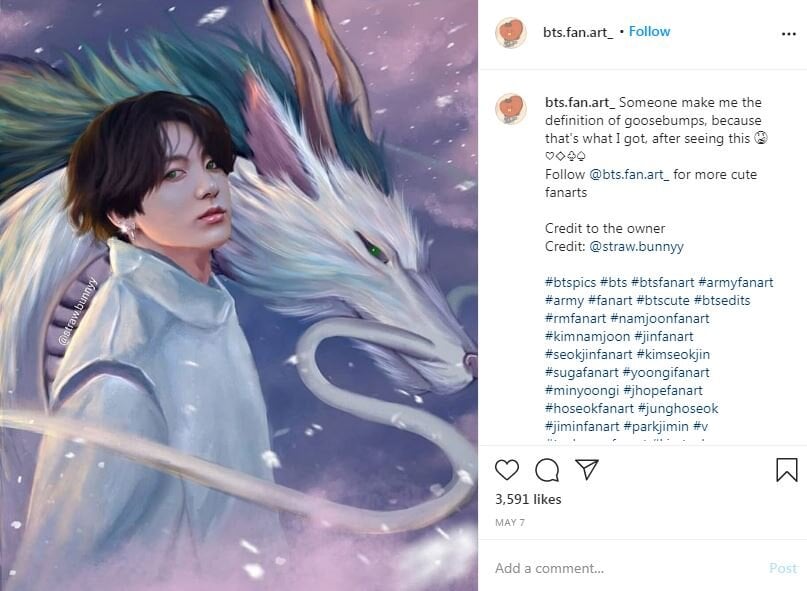 This drawing of Jungkook and a majestic white dragon is life. 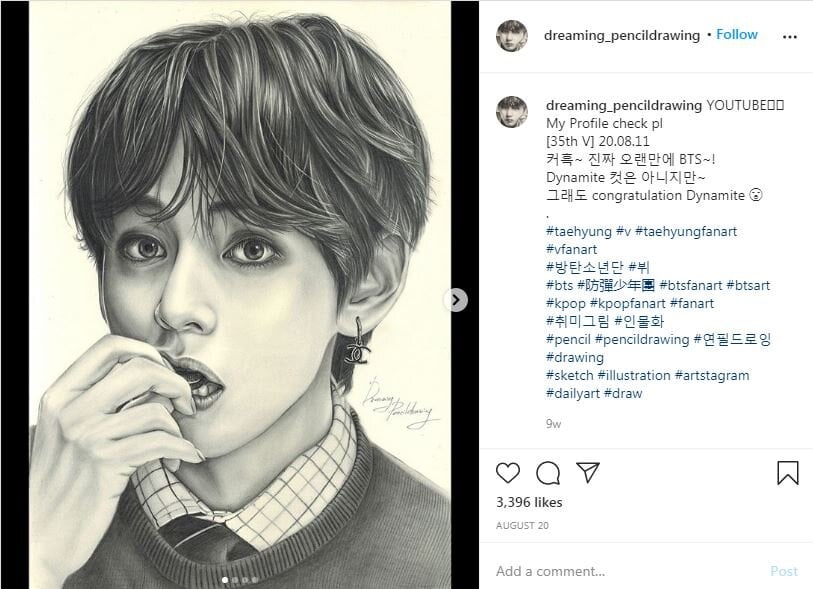 Taehyung looks like he’s popping a hard candy into his mouth in this wonderful drawing. This fanart really shows off V’s boyish looks. The detail in Taehyung’s hair alone is amazing. It’s almost like you can reach out to stroke V’s cheek.

Top it all off with a group picture!