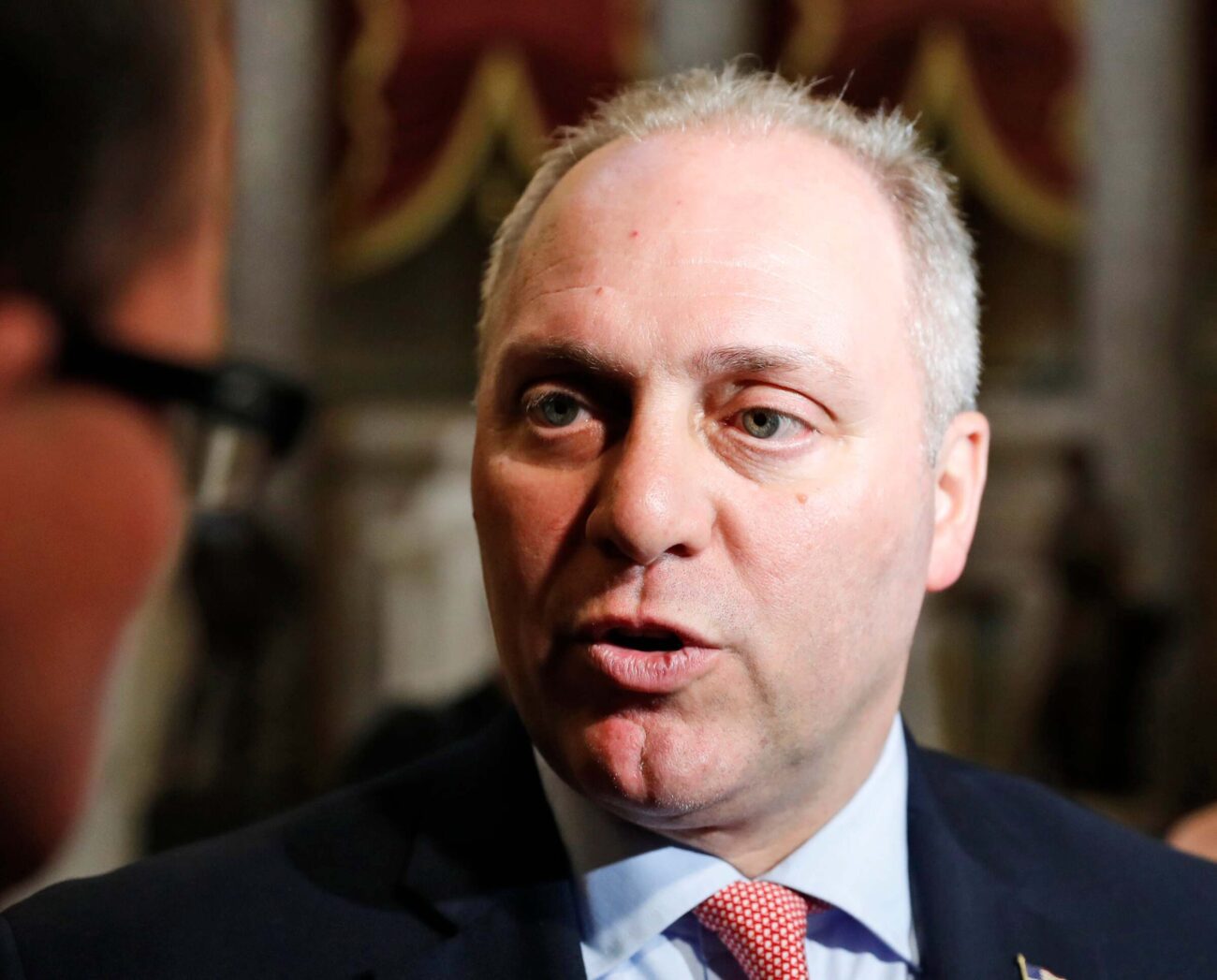 Who shot Rep. Steve Scalise in the penis?

The 2000s were iconic for many pop culture moments. Some of them were popular & cute – like sidekicks or Tamagachi. But some of them were just popular – like crotch shots – which is what Rep. Steve Scalise might have received in 2017.

No, it wasn’t the paparazzi risking it all to catch a photo of his exposed crotch for clicks. Instead, it was a sixty-six-year-old anti-Trumper with a grudge.

As wild as this story is, it’s not exactly hot news. But Twitter has begun speculating on whether or not he was shot in the d-ck. What person could be angry enough at Scalise to take such drastic measures? 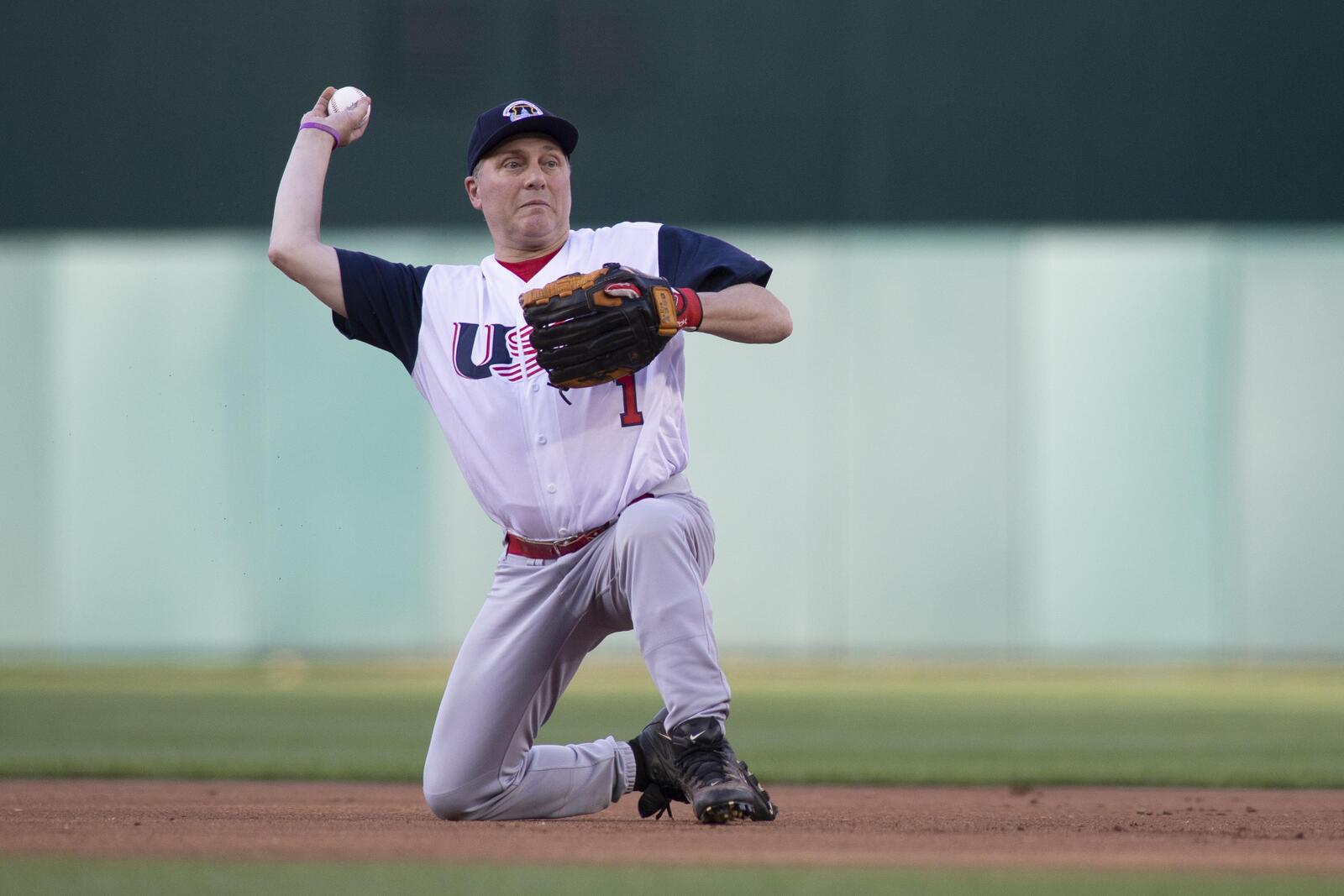 On June 14th, 2017, multiple Congress members & staffers gathered for the Congressional Baseball Game. They were doing morning practice for the annual bipartisan showdown at Simpson Field in Virginia.

Rep. Steve Scalise was among four politicians shot by violent extremist James “Tom” Hodgkinson. The Republican from Louisiana has since returned to the House of Representatives. Hodgkinson was killed by Capitol Police.

Ironically, Scalise has stated that he remains anti-gun control. The experience of being shot didn’t change his stance. In fact, it did so little to change his mind, he went on to approve a $50 million for teachers, students, and law enforcement to practice constant vigilance.

Various reports skirted around specifying Rep. Steve Scalise’s injuries. Conflicting details all seemed to point to a groin injury of some sort. The legally required silence of the medical professionals involved didn’t help what was fast becoming public scrutiny.

See, there’s this funny little thing called HIPAA. It doesn’t always stop medical staff from gossiping about patients among themselves. But it does prevent them from sharing confidential information about their patients with anyone else.

They can neither confirm nor deny possibly accurate details. Unfortunately, the public took this silence almost as confirmation of Scalise having been shot in the d-ck. Then the public speculation escalated. 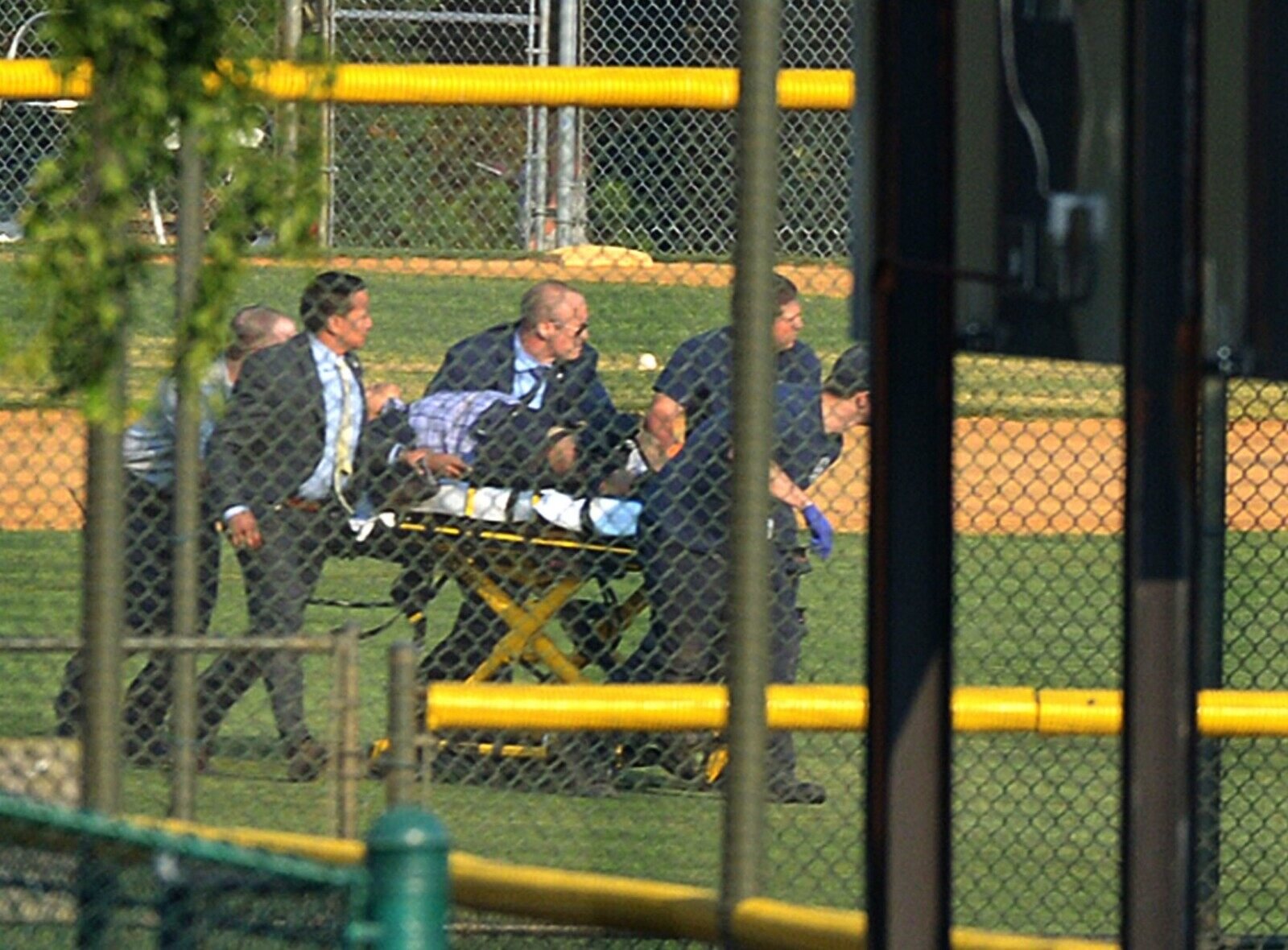 People quickly hopped on Twitter to speculate on where Rep. Steve Scalise had been shot and why it was definitely in the d-ck. Some made memes, jokes, and pointed out the hypocrisy of Scalise still refusing to support gun control despite his experience.

Getting shot in the dick didn't make Steve Scalise a better man… https://t.co/Oio8E8g7sh

Others used Scalise getting shot as a warning to other politicians. Around the same time, Raleigh was unable to open a crisis center due to funding cuts for mental health services. People are increasingly stating their frustrations with what seems to be the reality of politicians caring more about their political aspirations than their constituents.

Unfortunately, some might say, the general response of the republic might have been more supportive if Scalise had different political views. But many saw the anti-gun control senator getting shot as irony or karma. 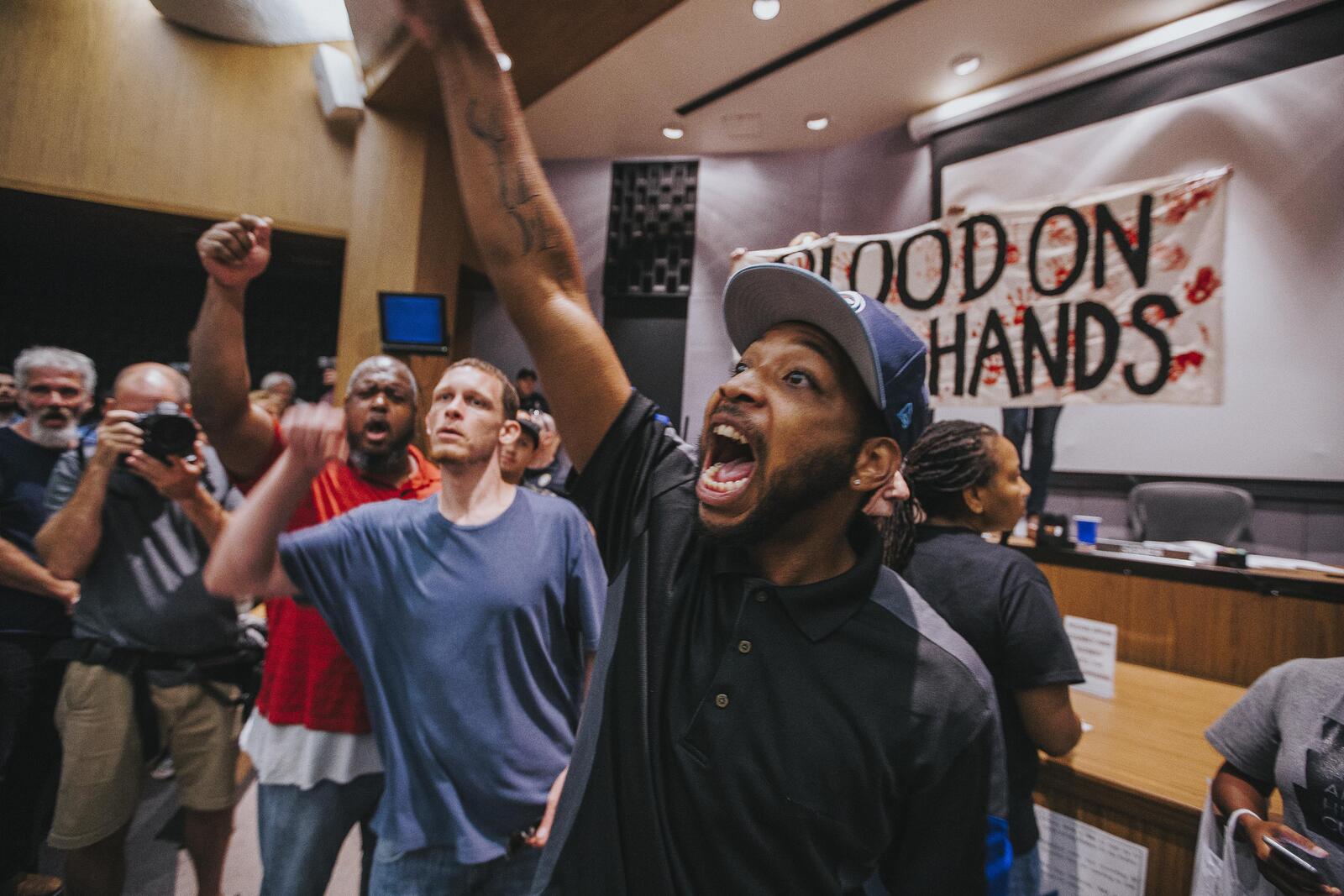 All jokes aside, the U.S. has seen a rise in violence against politicians. Times are hard and people are becoming desperate for politicians that work for their constituents, instead of around them.

The American Enterprise Institute conducted a poll on how U.S. citizens feel about political violence. A worryingly significant number of U.S. citizens were found to support the use of violence against politicians.

What happened to Rep. Steve Scalia has been used as comedy material. But the reality of increasing violence against politicians is no laughing matter. Every day, more and more U.S. citizens see this violence as justified. 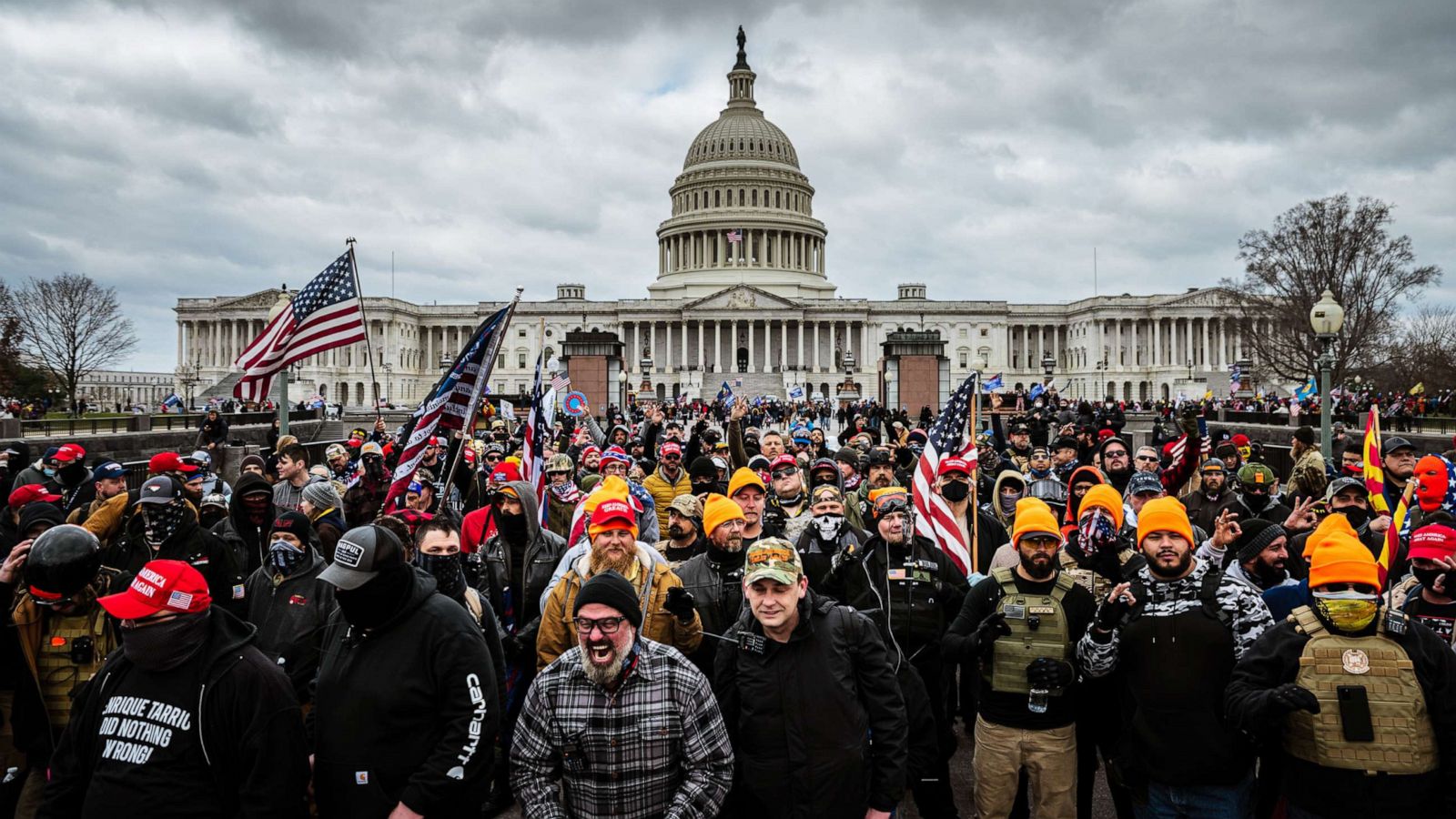 U.S. citizens are feeling less & less like politicians can be convinced to have their best interest at heart. But the need to take desperate measures isn’t limited to people who want access to being able to fulfill basic human needs. It includes everyone.