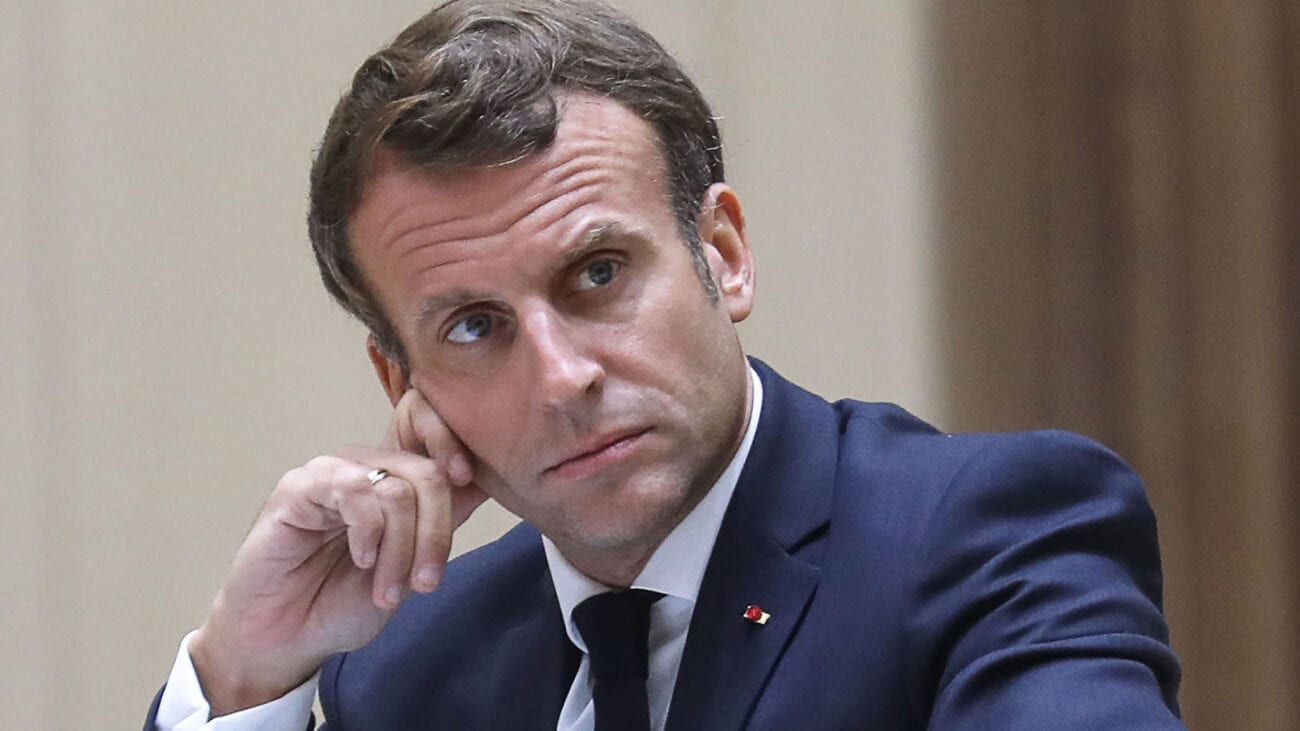 Say what you will about Americans & politics – and you can say a lot – but we haven’t slapped one of our leaders in a while. That has to have been going through Jean Castex’s mind as the Prime Minister of France prepared to make a statement regarding a slapping incident involving the President of France, Emmanuel Macron.

We can just picture the Prime Minister of France thinking, “Those Americans made it four years without Donald Trump getting slapped. How did they manage that?”. Meanwhile, the poor guy has to go in front of the press to denounce the fact that President Macron got slapped by some random French civilian. Talk about an awkward state of affairs.

Is it just that our Secret Service is better? Or is it that our Presidents are more cautious? Or maybe Americans are better behaved? Definitely not that. At any rate, before we get into what the Prime Minister of France ultimately said, let’s put Jean Castex on pause and rewind the timeline to see what exactly happened with President Macron. What’s the deal with this slap anyway? 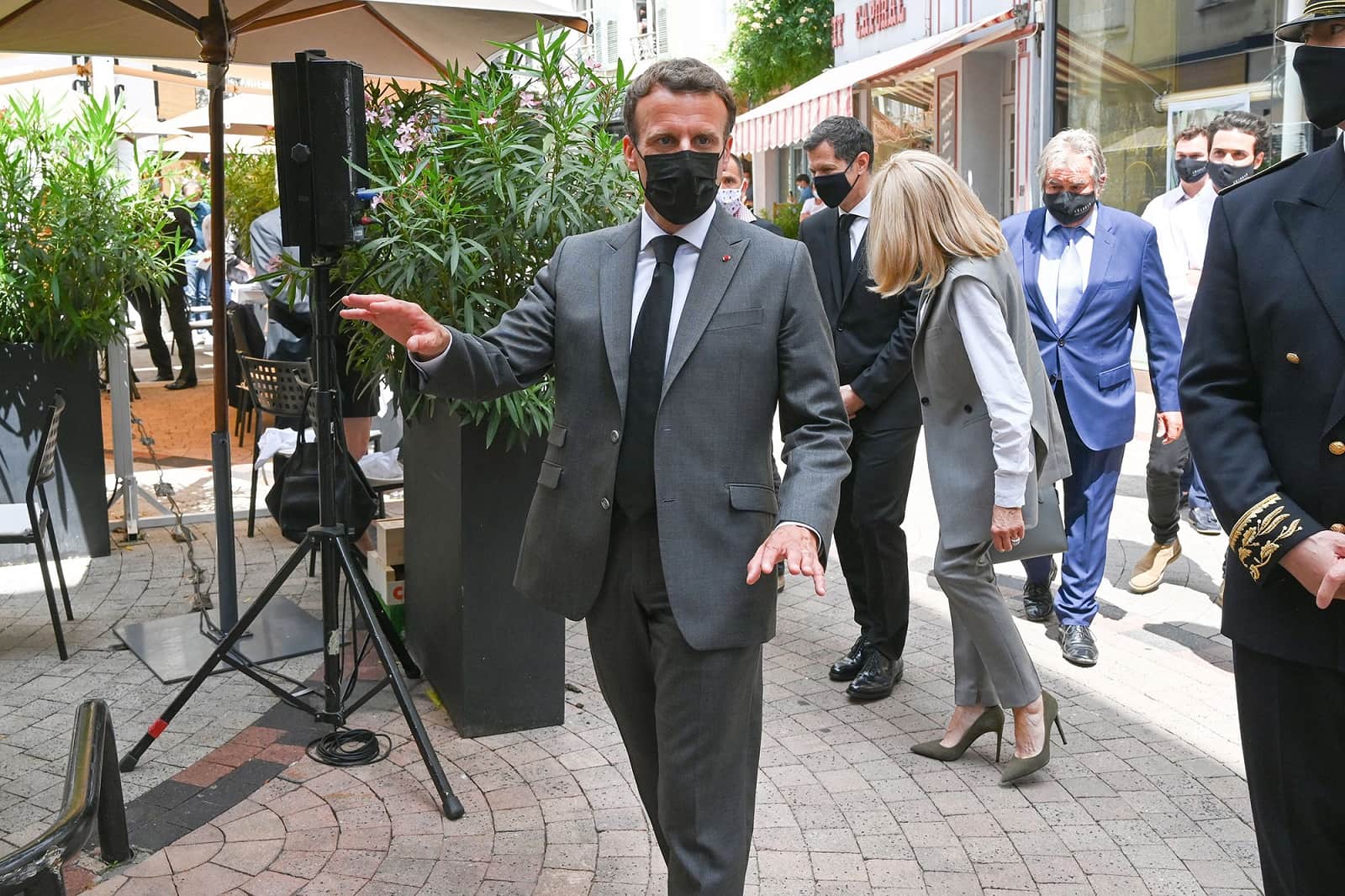 “À bas la Macronie!” – that’s French for “Down with Macronia!”, which is what the man who ended up slapping President Emmanuel Macron was shouting before doing so. The attacker also yelled “Montjoie Saint Denis!”, which was the battle cry of the French army when the country was still a monarchy. So, you know, Macron got slapped by a history buff of sorts.

The incident took place during a presidential visit to the village of Tain-l’Hermitage, in the French Drome region. President Macron is currently in the middle of a COVID-19 tour, in an attempt to “take the country’s pulse”. Not to be too snarky, but odds are he definitely felt the pulse of the guy who slapped him.

The attack occurred as Macron – in a rookie move – approached a group of onlookers who were calling out to him. Most of them seemed to be fans of the president, except for the guy wearing a green T-shirt, glasses, and a mask, who went on to yell at Macron and slap him across the face. The president actually reached his hand out to the guy before getting slapped – again, rookie mistake. 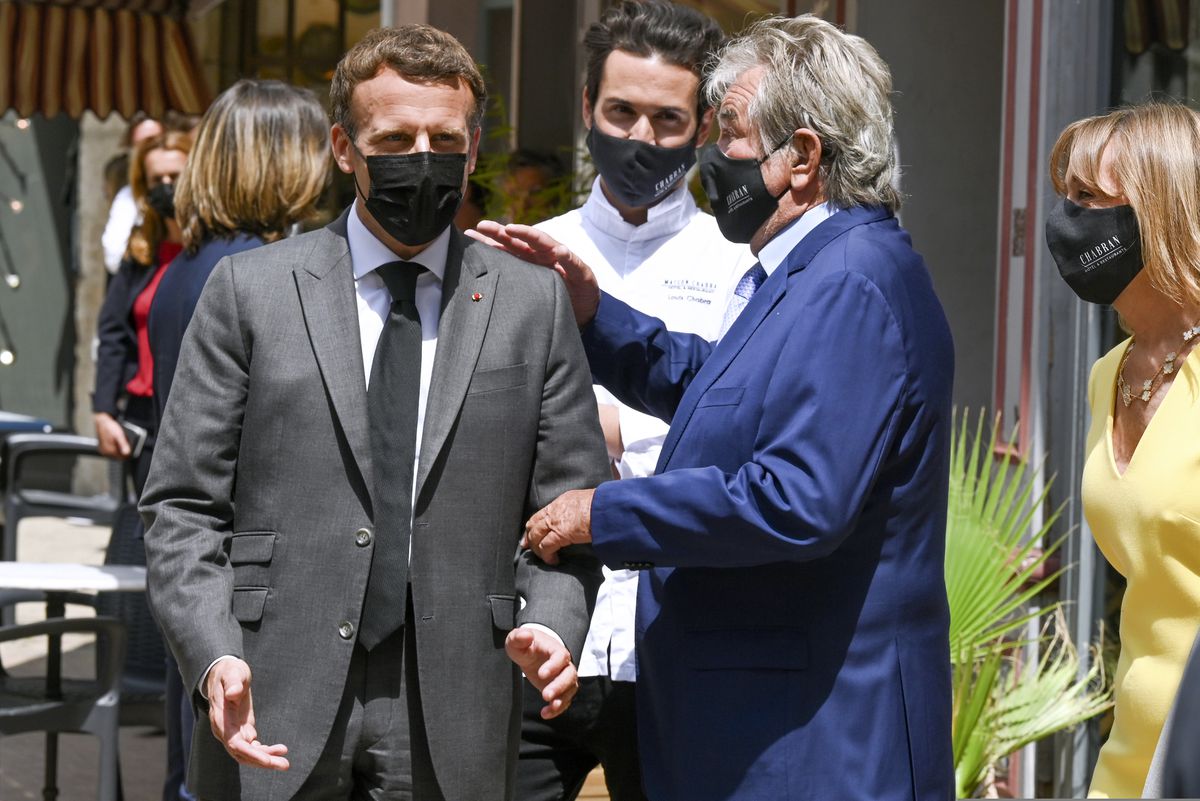 It’s too soon to determine whether the bold attack on President Macron represents the tide turning against him after over a year of pandemic chaos & restrictions or not. At the moment, polls still show the centrist president with a narrow lead over far-right opponent Marine Le Pen – if Macron were to seek re-election next year. Those upcoming elections set the stage for the slap, in a way.

Shortly before being attacked, Macron had been asked to comment on inflammatory remarks from far-left leader Jean-Luc Melenchon – remarks that implied next year’s election would be rigged. The president responded: “Democratic life needs calm and respect, from everyone, politicians as well as citizens.” That might have been too vague an answer for the man who decided to slap some sense into Macron.

Before the incident, Macron had actually been doing well in Tain l’Hermitage. The president met with restaurateurs & students to talk about what the path back to normal life would look like in a post-pandemic world. And even after being slapped, Macron seemed to keep his cool while his security team ushered him away – and the aggressor was arrested. 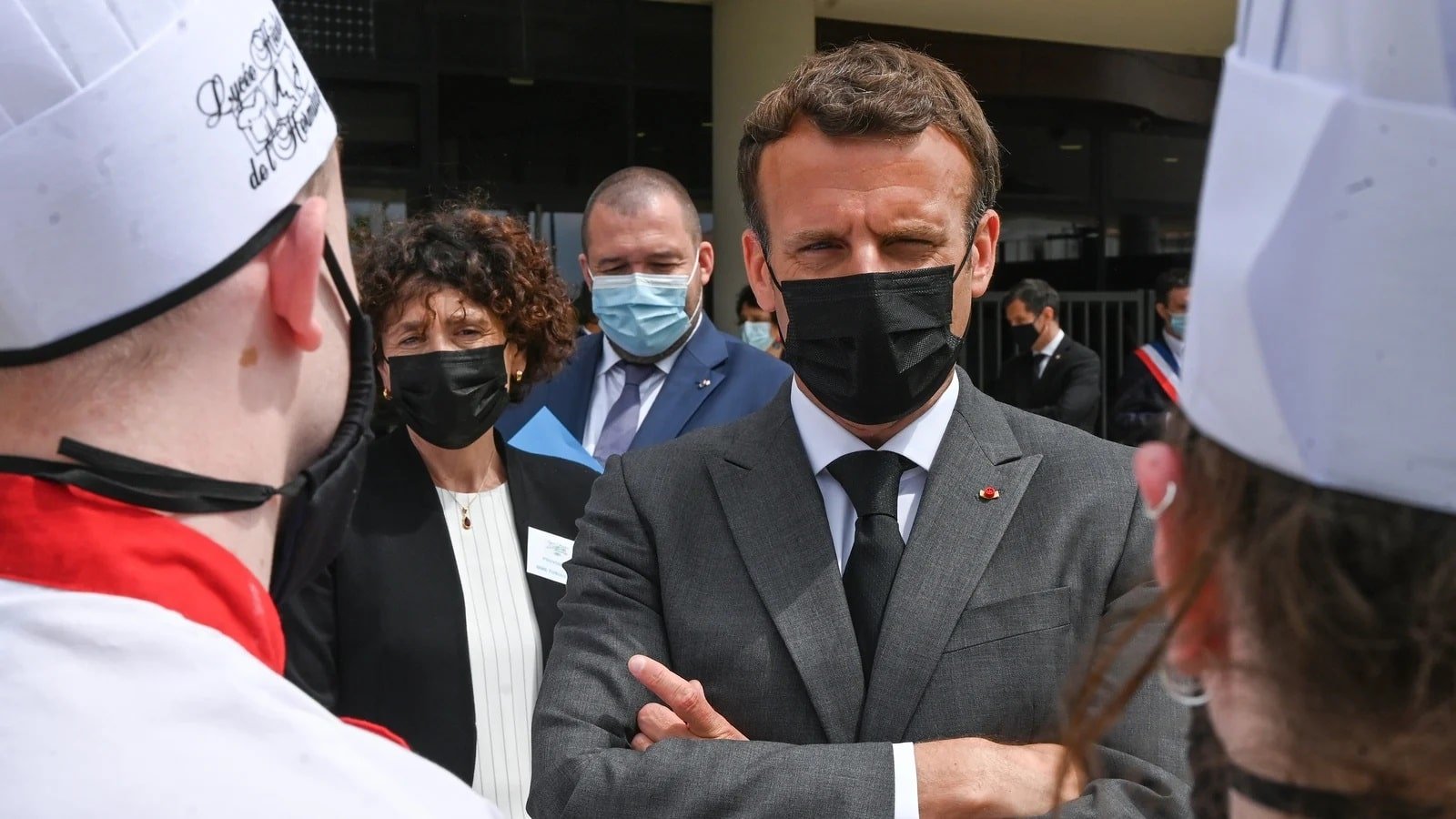 Back to Jean Castex

So what did the Prime Minister of France settle on as his presidential-slap statement? Well, Jean Castex went with the following: “Politics can never be violence, verbal aggression, much less physical aggression.” Castex also qualified the incident as an affront to democracy.

President Macron still has about a dozen stops ahead of him in his pandemic tour. Hopefully, this surprisingly violent response to his visit to Tain l’Hermitage doesn’t set the tone for the rest of the journey.

As for the president’s attacker, the regional prefecture released the following statement: “The man who tried to slap the president and another individual are currently being questioned by the gendarmerie.”

Do you think the attack on President Macron is an isolated incident, or a sign of a bigger problem for his re-election prospects? What do you think of what the Prime Minister of France ended up saying? Let us know in the comments! 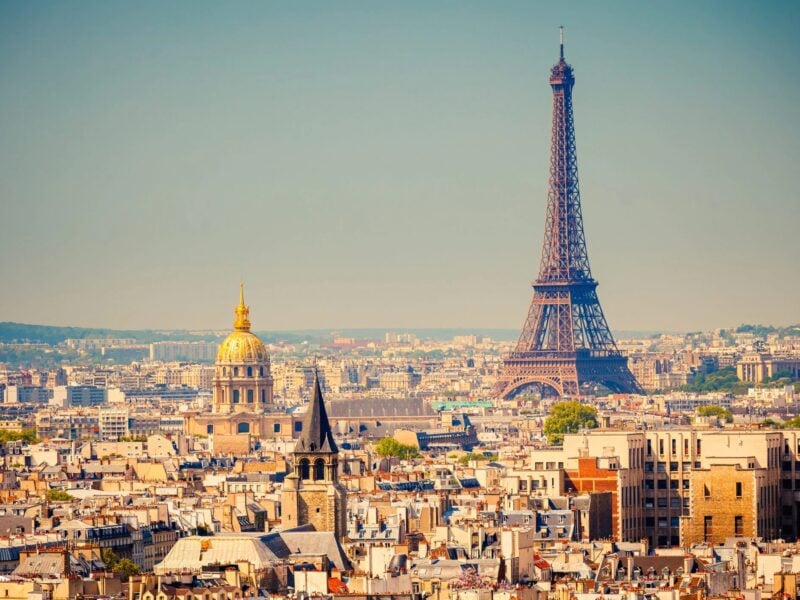 Basics of a Company Listing in France 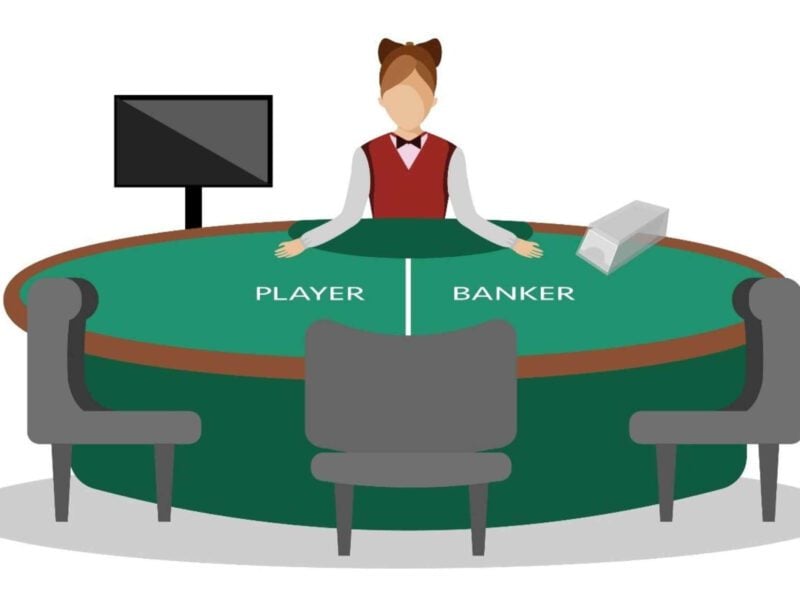 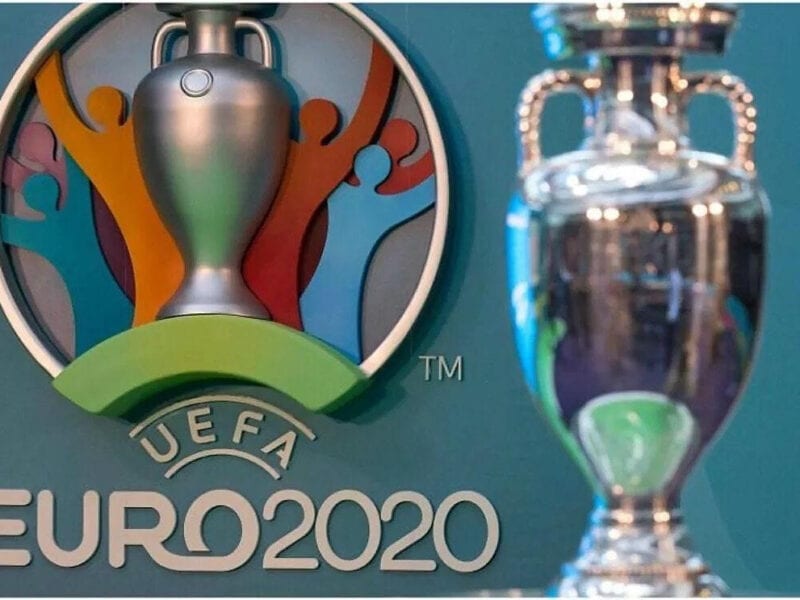