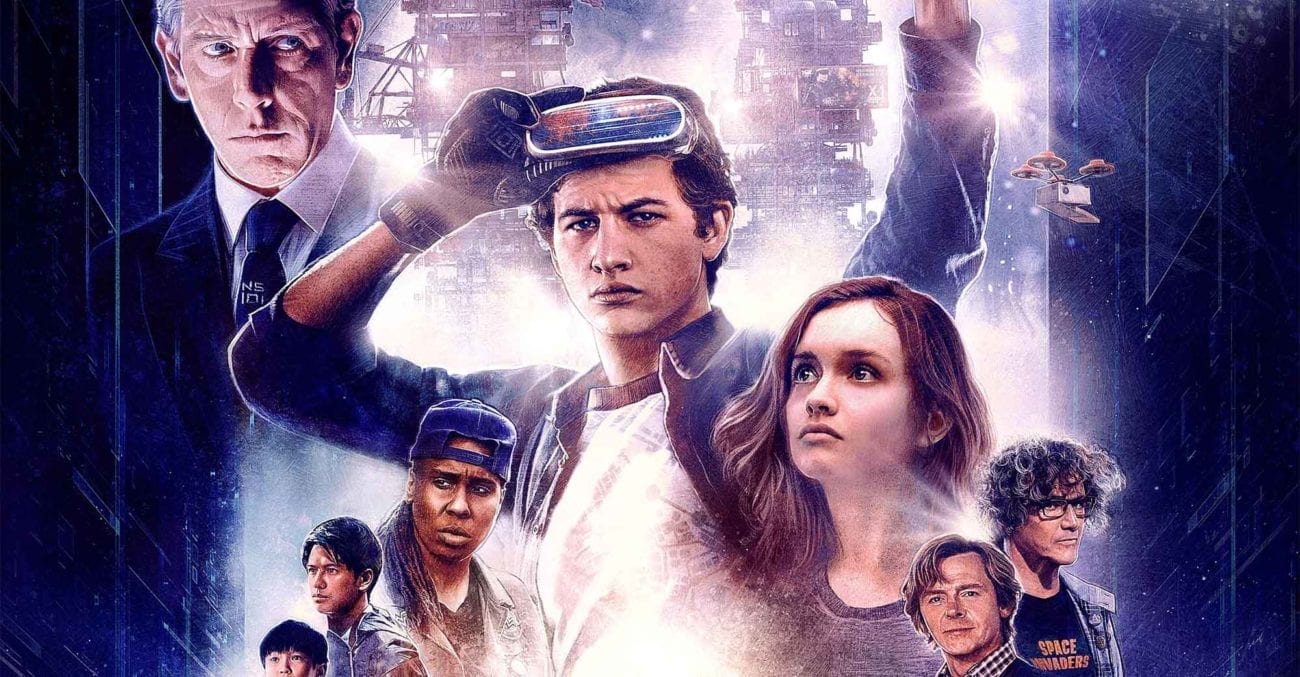 Game on: Everything we know about ‘Ready Player One’

Premiering at the end of March, Steven Spielberg’s Ready Player One is getting plenty of pre-release hype. Whether you’ve anticipated the movie for a long time, or you’re just now waking up to the idea, there’s no denying the thought of a big screen adaptation of Ernest Cline’s sci-fi novel is an exciting one. So let’s dive in – here are all the essentials you need to know about Spielberg’s vibrant dystopian blockbuster.

What’s it all about?

In 2045, the Earth is so overpopulated, polluted, and ruinous, people are forced to live in cramped slum-like cities. As a means of escape from their confined lives, the general populace engage in a virtual reality world (OASIS) where they can work, play, and kick back.

When a treasure hunt is created within the OASIS – along with a $500 billion prize – a teenage boy and his friends fight to find the treasure first and seize control of the OASIS once and for all. Oh yeah, and because you can pretty much manipulate the world to look however you want it to, the OASIS is full of familiar pop culture iconography.

Simon Pegg (Shaun of the Dead) & T.J. Miller (Deadpool) both have roles in the movie, giving Ready Player One some automatic cult-nerd credentials (level up, buddies!). But it’s perhaps some of the smaller stars who are the most intriguing.

After wowing audiences as Shuri in Black Panther and as Nish in the “Black Museum” episode of Black Mirror, Letitia Wright will be garnerning even more sci-fi affection with her role as Reb. Meanwhile, Lena Waithe will be enjoying her most mainstream role to date as Aech, following her breakout role in Aziz Ansari’s Master of None. Lastly, Tye Sheridan – who comic book fans may recognize as Cyclops from X-Men: Apocalypse – will lead the movie as Wade Owen Watts.

Ready Player One features various characters from the DC Comics Universe and The Lord of the Rings movie franchise – the heartbreaking robot from The Iron Giant, Lara Croft from Tomb Raider, Blanka & Chun-Li from Street Fighter, Freddy Krueger from A Nightmare on Elm Street, Chucky from Child’s Play, and Duke “Hail to the king, baby” Nukem.

From the various trailers released so far, we also know the movie will feature a huge in-game car race in which a number of iconic vehicles such as Mach 5 from Speed Racer, the possessed ‘58 Plymouth Fury from Christine, the DeLorean from Back to the Future, and the A-Team van will compete. However, fans have also spotted some clear references to Stanley Kubrick’s 2001: A Space Odyssey, Jurassic Park, RoboCop, and Halo.

Last week, several retro posters for Ready Player One were released featuring character avatars from the movie recreating the posters from beloved movies including The Breakfast Club, Risky Business, The Matrix, Beetlejuice, and The Goonies.

The advertising exercise was supposed to be throwaway fun, although several members from the online community thought it was a little cheap. One Twitter user sneered, “I for one think the Ready Player One posters are fantastic because they tell you exactly what you’re getting — the replacement of substance with reference with no real thought past that.” Another chimed in, “The opportunity we’re missing here is to photoshop even worse Ready Player One posters.” Awkward grimaces all round!

On Wednesday, a more successful marketing effort was positioned at the SXSW festival in the form of a 3D interactive popup. Offering what sounds like a futuristic gaming disco, the popup was said to be full of 80s arcade games, Devo hats, a Kubrickian-style infinity room, and even a VR-DJ set from Sheridan.

Speaking to USA Today, the legendary director shared the unnerving opinion that Ready Player One is “exactly what is going to be happening not in thirty or forty years, but in five and ten years from now.”

Calling the movie a “cautionary tale” which also doubles as “a big rockin’ adventure movie”, Spielberg concluded how “a virtual world becomes almost like a drug of choice . . . we are spending more time in a nonorganic space than we are breathing and eating and interacting in real life.”

The director revealed it’s something he witnesses in his own children’s social interaction. “They socialize for about a half hour, and it gets very quiet. I walk into the kitchen and eight or nine girls are sitting around and they’re all looking at their phones, Snapchatting and texting and Twittering and reading. It’s all become so introverted. This movie is going to show why it’s interesting not living in the real world, but what we’re missing by not.” Sounds just the right amount of depressing to be a good time, Stevie. We can’t wait! 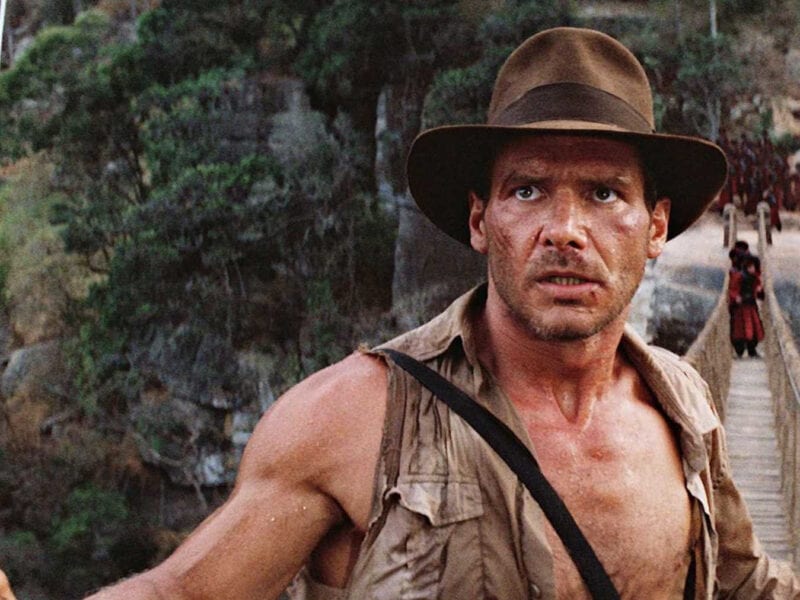 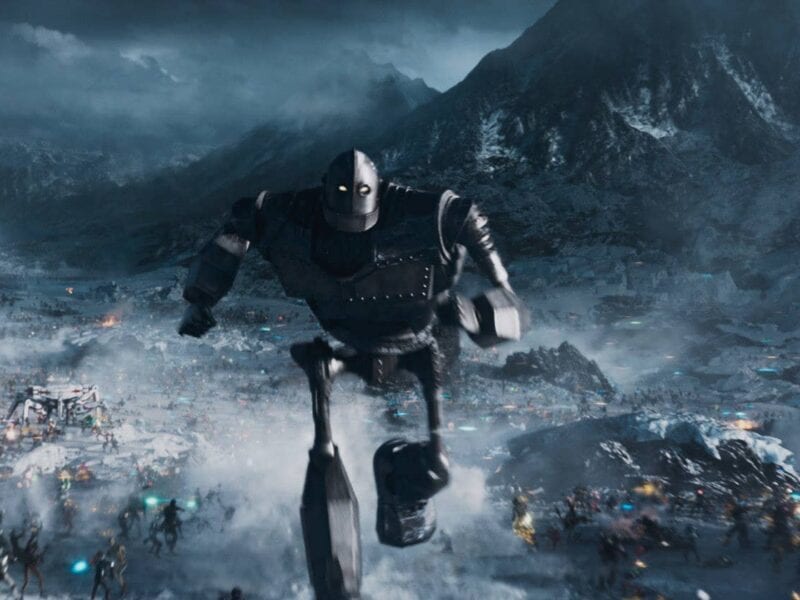 Is ‘Ready Player Two’ already getting a film adaptation? Explore the rumors 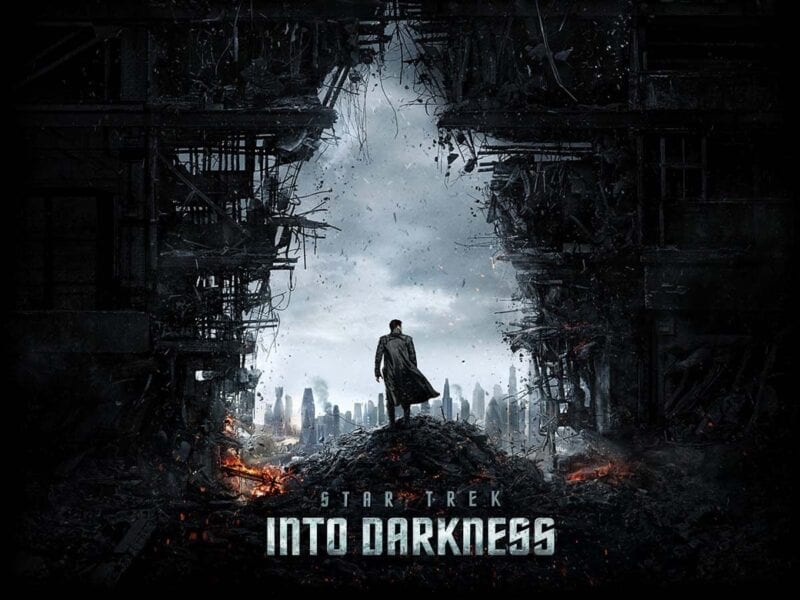