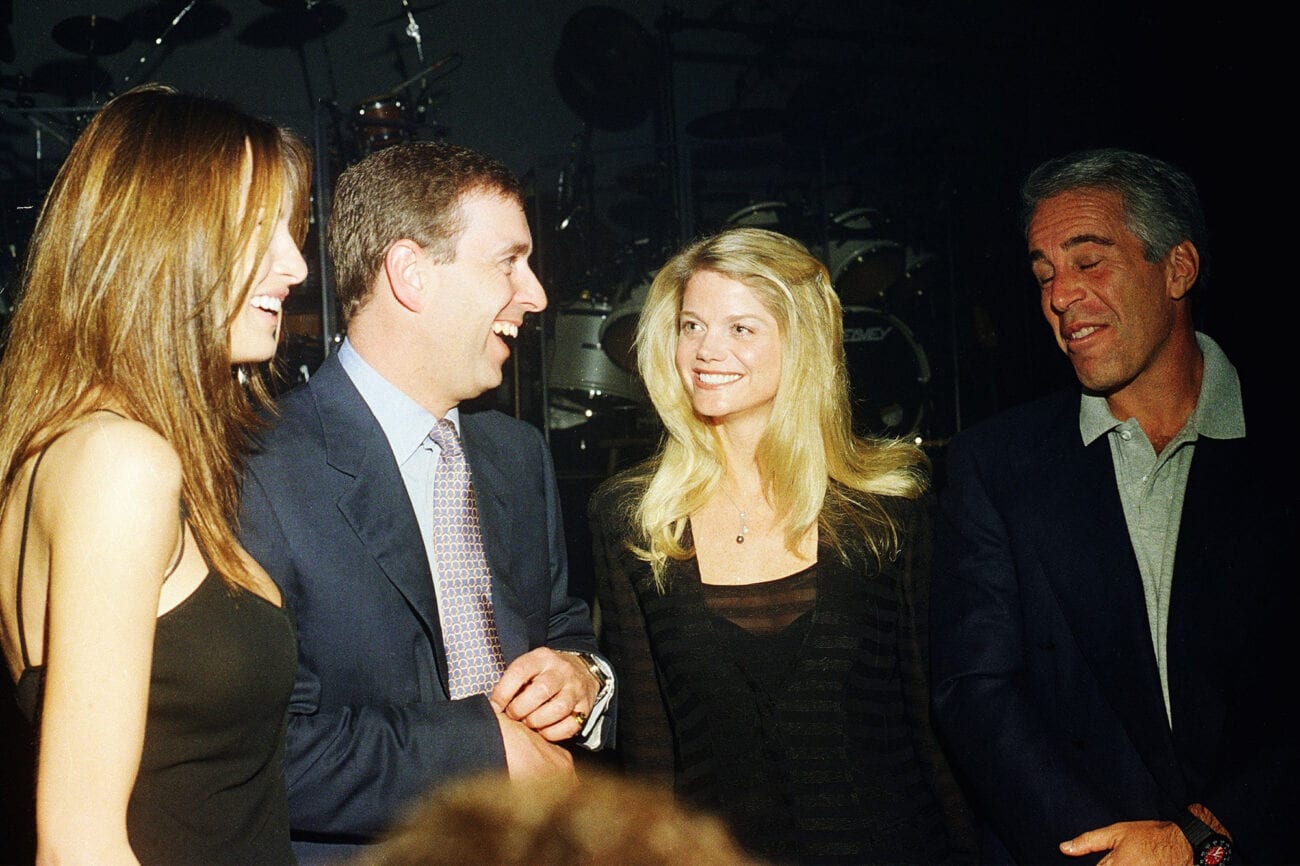 Pring Andrew, Duke of York, delivered a touching tribute to his father, Prince Philip, who passed away on Friday. It was so touching, it almost made you forget his ties to deceased pedophile Jeffrey Epstein.

Prince Andrew & Jeffrey Epstein were reportedly friends until 2010. The Duke of York told the BBC he broke his friendship off with Epstein that year after the disgraced financier pleaded guilty to soliciting a prostitute and soliciting a minor. However, some reports alleged Prince Andrew maintained his ties to Epstein, citing a dinner party the two were reportedly seen at. 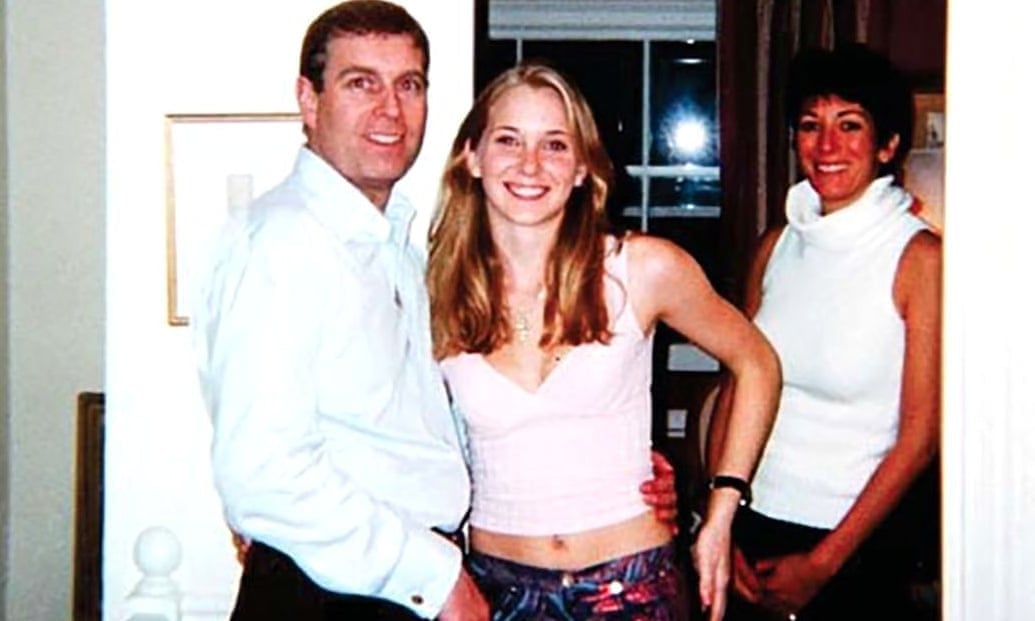 To make matters worse, some of Jeffrey Epstein’s victims, including Virginia Roberts-Giuffre, alleged Prince Andrew participated in Epstein’s sex abuse of minors. Guiffre maintains the Duke of York sexually abused her three times, one before an infamous photo was taken of Guiffre, the Duke of York, and Ghislaine Maxwell, Epstein’s alleged accomplice who’s awaiting trial for related charges.

Buckingham Palace emphatically denies the allegations against Prince Andrew. However, the Duke of York stepped back from royal duties in 2019 after a disastrous interview with the BBC regarding his connections to Epstein. So what is Prince Andrew speaking out about? Let’s dive in. 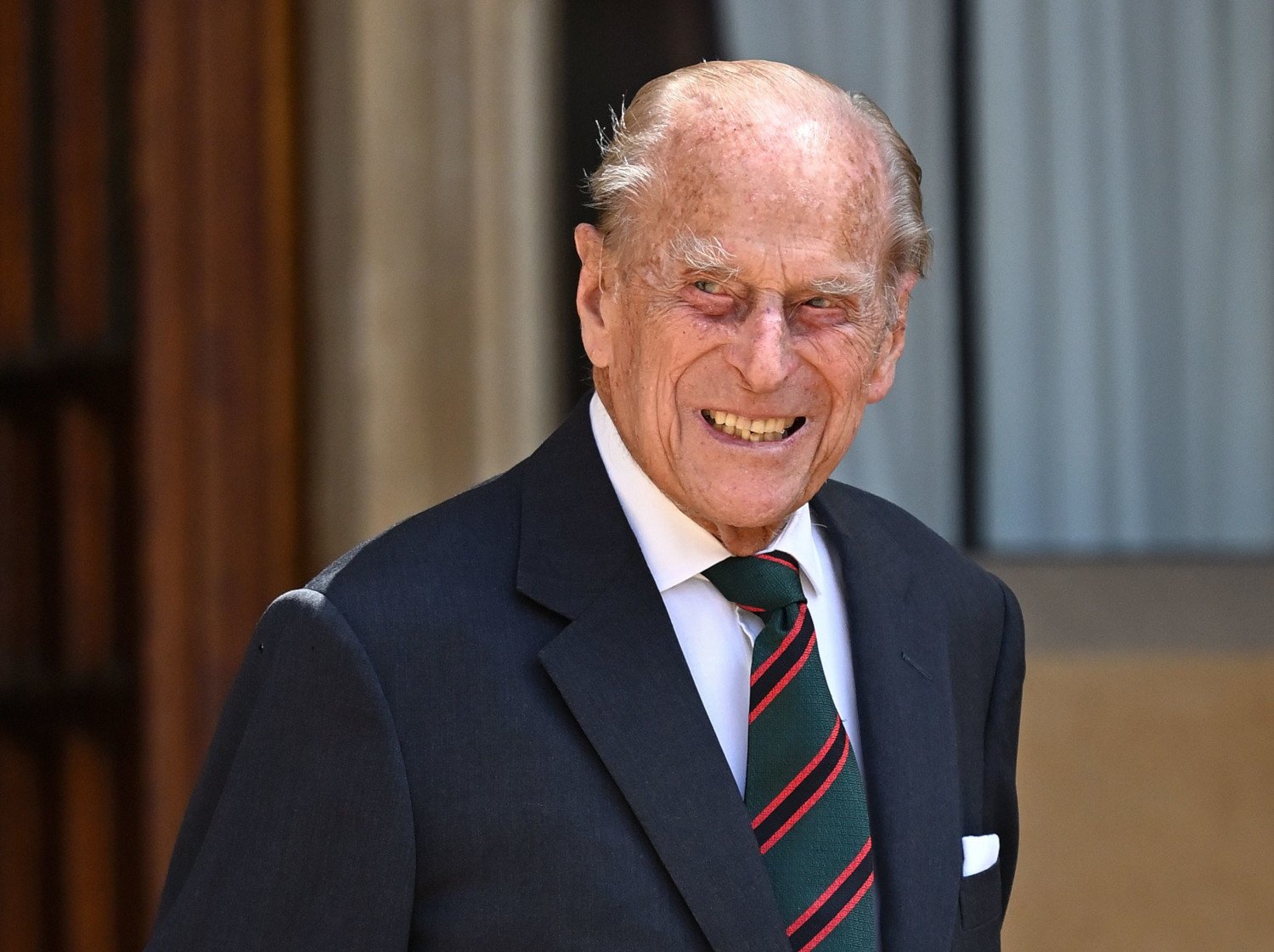 Per a documented plan, Prince Philip didn’t want a lot of fanfare after he died. Operation Forth Bridge was the name given to the Duke of Edinburgh’s stated plans regarding his funeral arrangements and even a mourning period for Queen Elizabeth II. Parts of the plan have already been carried out, including statements from Buckingham Palace and Prime Minister Boris Johnson.

According to Operation Forth Bridge’s instructions, Prince Philip won’t lie in-state and won’t have an expensive state funeral. He will have a memorial service at St. George’s Cathedral which will be televised. Currently, Prince Philip is laying in Windsor Castle per his wishes.

Operation Forth Bridge also dictated that the royal family will go into mourning for a period of time, including Prince Philip’s son, Prince Andrew, Duke of York. The Queen will reportedly decide how long her family will mourn per The Independent, but it’s been reported the queen will enter a strict mourning period for eight days. 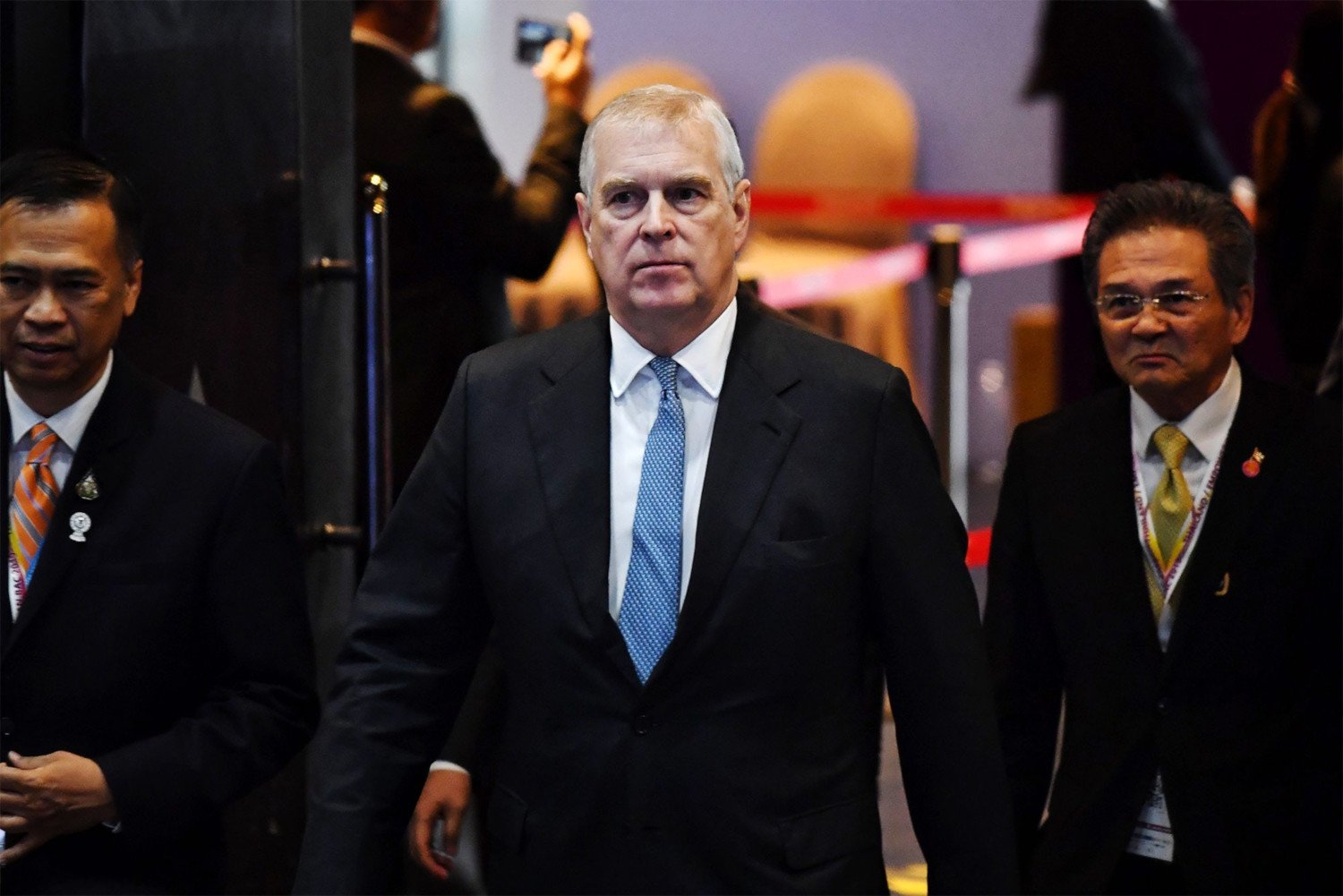 First time in a while

After the BBC interview where Prince Andrew tried to explain his side of the story regarding Jeffrey Epstein, he stepped down from public duties in the royal family. Why? The interview was heavily criticized by the public, and some of the Duke of York’s statements and body language reportedly indicated he wasn’t being 100% forthcoming.

Since then, Prince Andrew has made himself scarce – not even appearing in his daughter’s public wedding photos last summer (he was there, just sans photographic evidence). Now, Prince Andrew is addressing the public in the wake of his father’s death.

However, Prince Andrew spoke to the press about how his family was faring. He attended a special service delivered by the Archbishop of Canterbury for close family. While it wasn’t an official press statement like the one given by his brother, Prince Charles, it was the first time we’ve seen Prince Andrew address the press since the BBC interview. 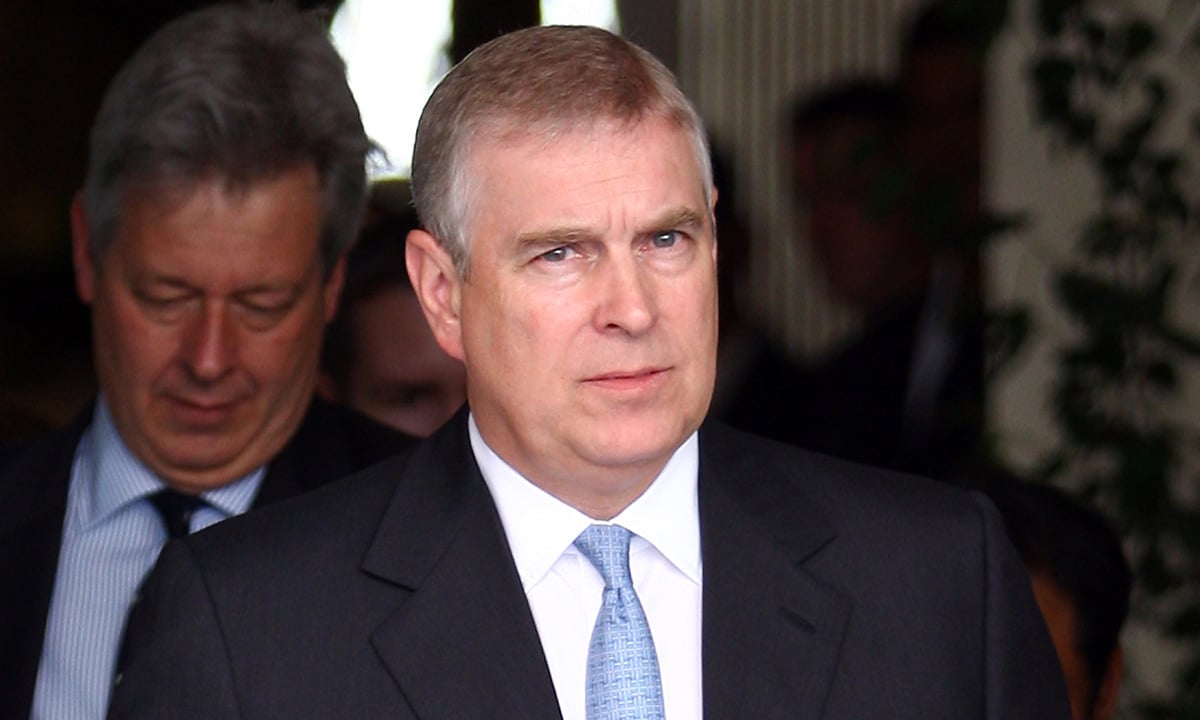 After describing his father’s death as a “terrible loss”, Prince Andrew described a phone call between him & Prince Philip, where his father said: “we’re all in the same boat, but occasionally, we, the (royal) family, are asked to stand up and show compassion & leadership.”

The Duke of York continued, “Unfortunately, it has brought it home to me, not only our loss, but actually the loss that everybody else has felt”, describing the sacrifices Britons have made during the COVID-19 pandemic and the deaths of loved ones many in the UK have endured during this time. Prince Andrew clarified Prince Philip didn’t die of COVID (he died after being treated for a heart condition).

Prince Andrew further elaborated that the royal family, the ones closest to Queen Elizabeth II, were “rallying around” her to support her through this difficult time. 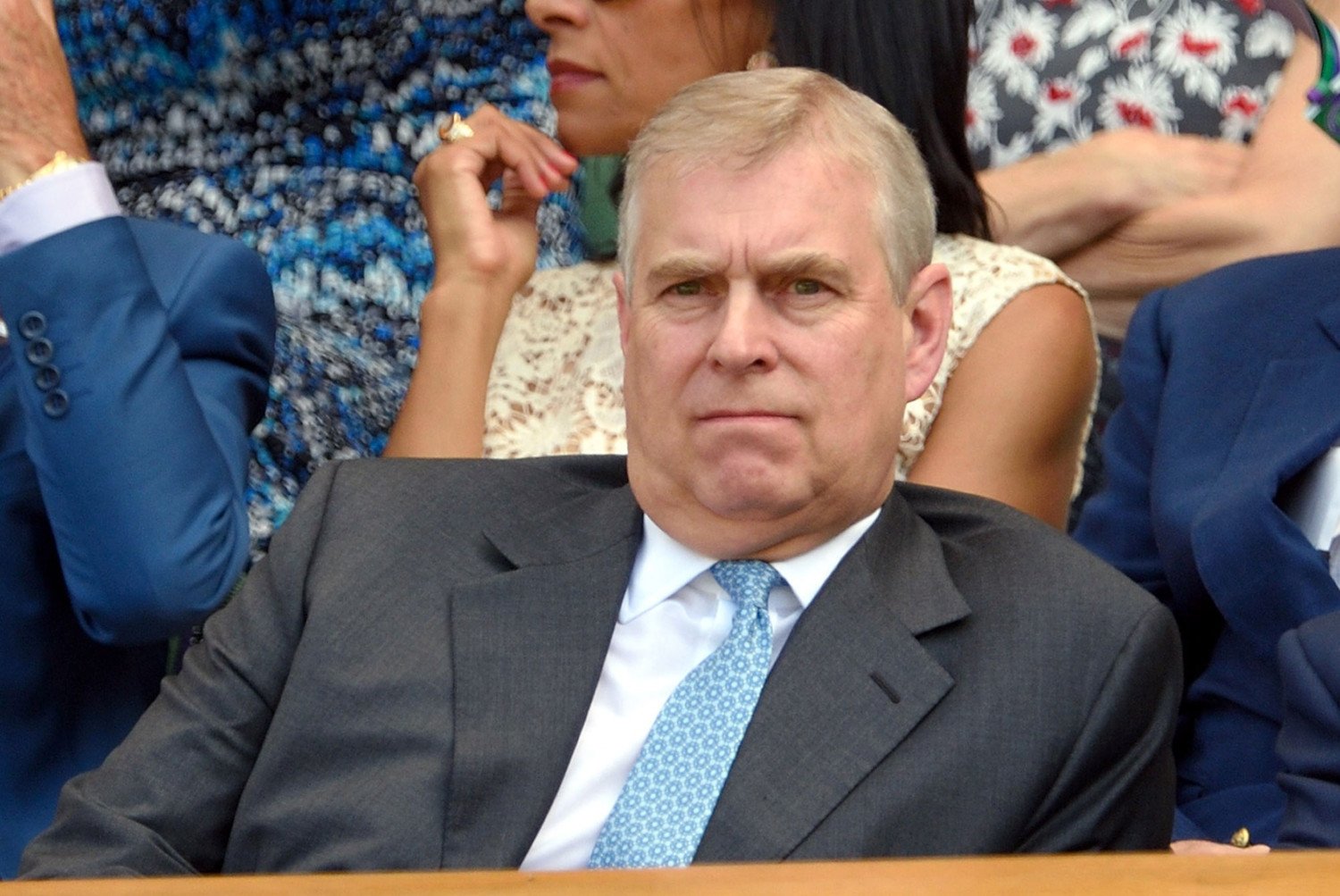 Some who were close to the royal family mentioned how this was an ideal time for the royal family to mend old conflicts. However, they weren’t necessarily talking about holding Prince Andrew to account for his alleged crimes of absolving him of the allegations regarding the Duke of York & Epstein.

Instead, they were referring to the rift between Prince William & Prince Harry. The latter is flying in Saturday for Prince Philip’s funeral, and it will be the first time the brothers will be face to face after Prince Harry’s remarks about his family in a televised interview with Oprah Winfrey. 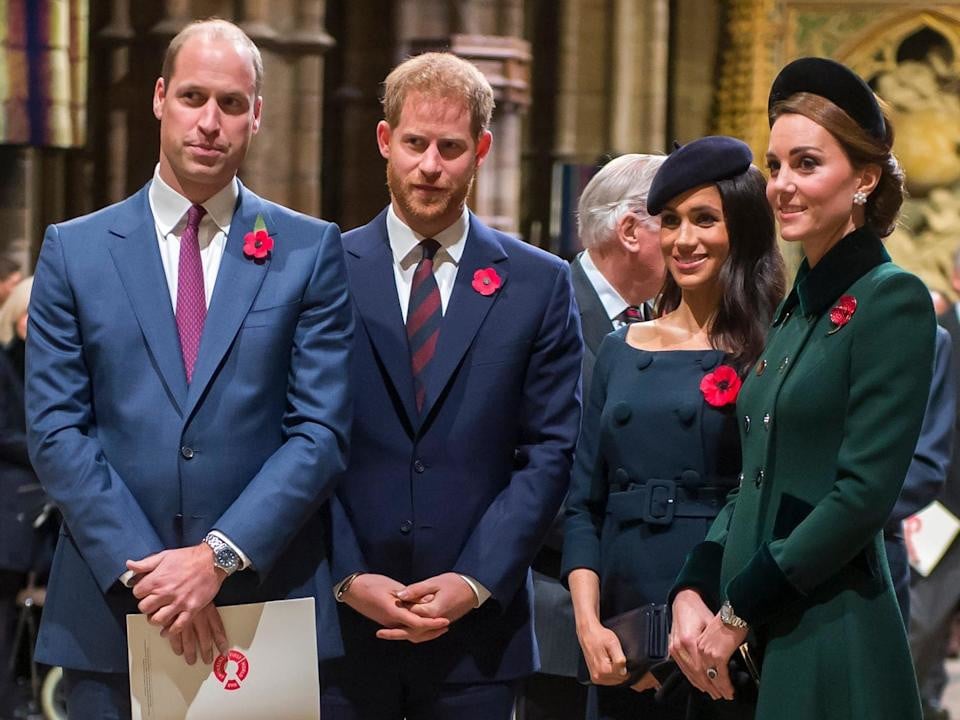 Sir John, a royal family associate who was appointed William & Harry’s special guardian after their mother Princess Diana’s death, called the occasion “ideal opportunity” to mend any rifts in the Royal Family” due to their “shared grief”.

“They shared emotion. They share grief at the present time because of the death of their grandfather. I think [this] is an ideal opportunity. I hope very much that it is possible to mend any rifts that may exist”, he said on the Andrew Marr Show.