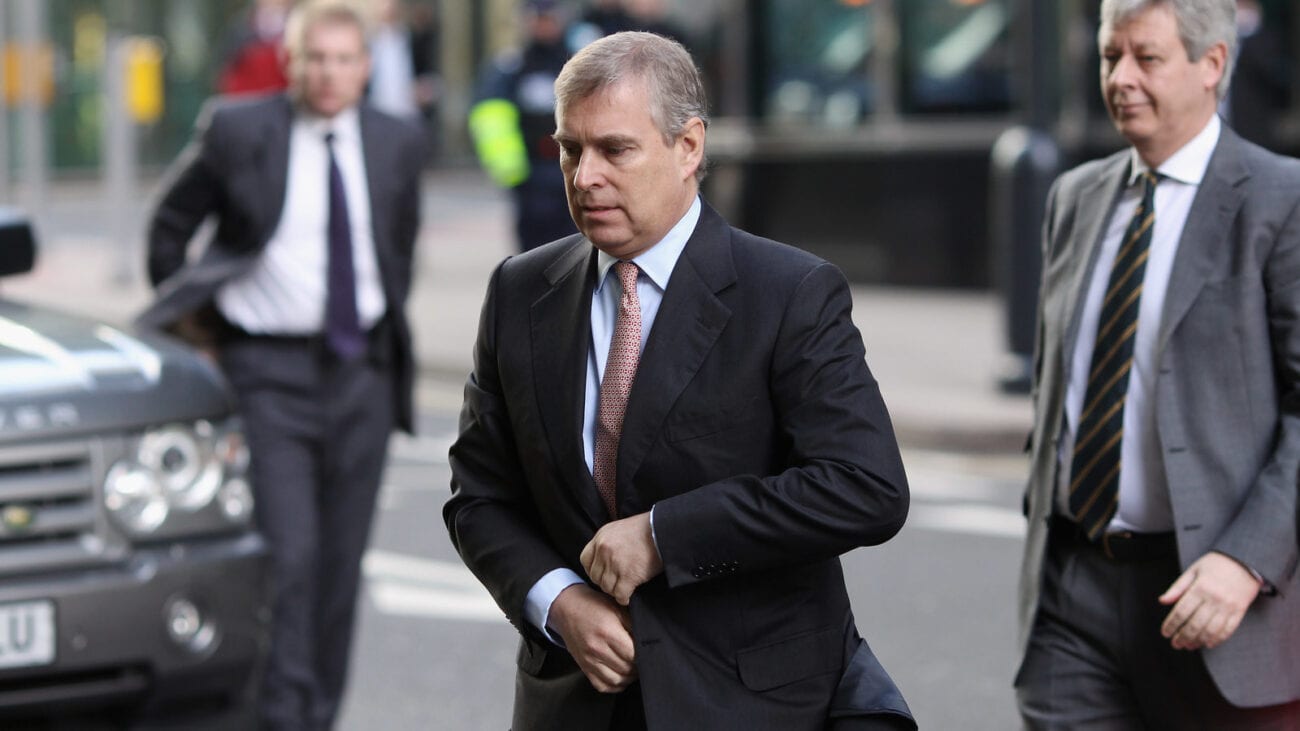 Will Prince Andrew be arrested? See if he’ll face charges for Epstein crimes

Although both Prince Andrew & Buckingham Palace emphatically deny the Duke’s involvement with Epstein’s crimes, the allegations against the prince are mounting. With no word on whether Prince Andrew will cooperate with the DOJ – and an alleged standoff between the two regarding who’s cooperating – we’re wondering if these new developments will move the case forward.

Let’s take a look at the new report and see if we’ll get any movement by the time 2020 ends. 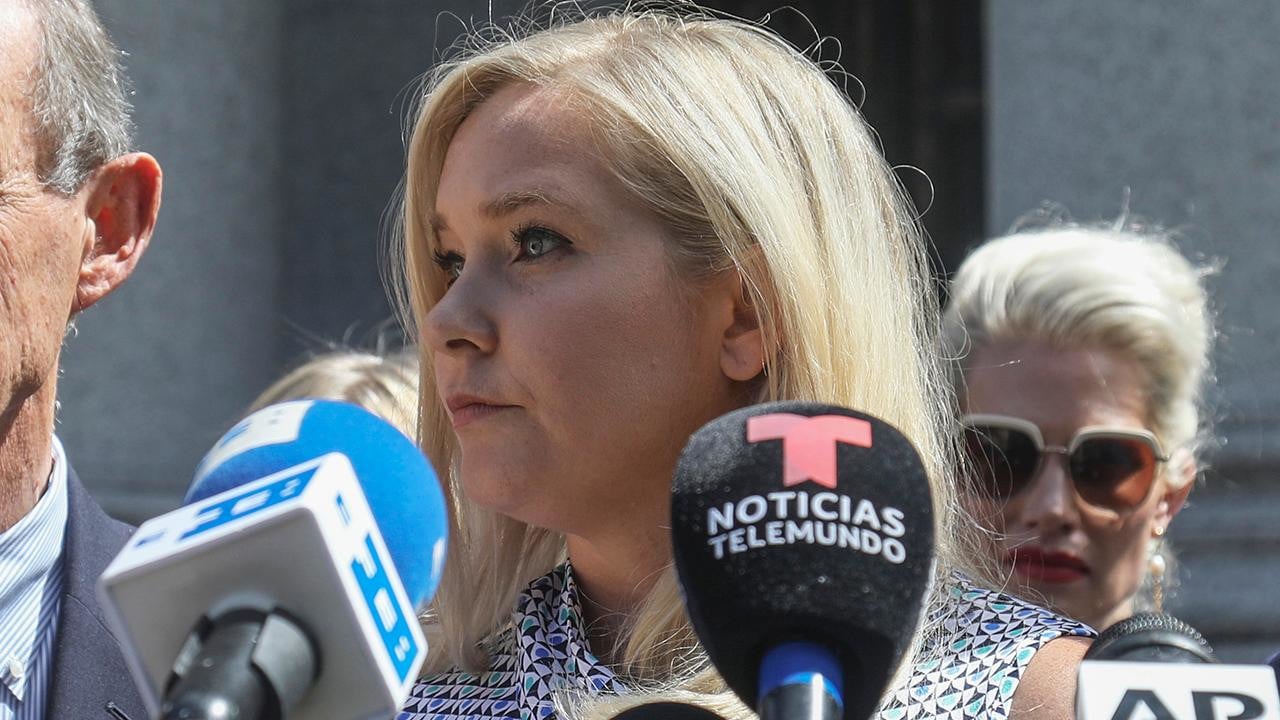 “He loved my feet and even licked between my toes . . . to me it was a living nightmare,” Roberts-Giuffre wrote. This wasn’t the first bizarre sexual act Prince Andrew’s been accused of by victims. Last June, documents leaked where Roberts-Giuffre and another Epstein victim claimed Prince Andrew molested them with a puppet. 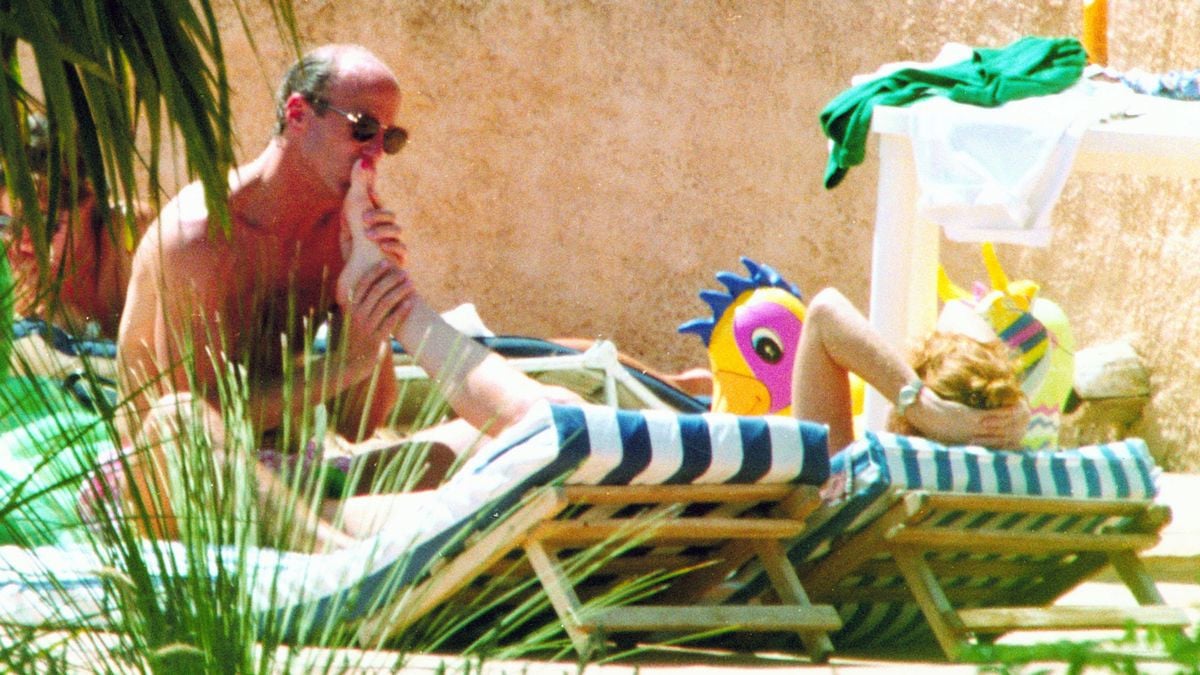 This also wasn’t the first alleged toe-sucking incident haunting Prince Andrew. In 1992, his ex-wife Sarah Ferguson was infamously photographed having her toes sucked at her financial adviser’s ranch.

In response to the new allegations, Prince Andrew pulled out an alibi. It may top him “sweating profusely” and “Pizza Express party” defenses as the strangest one yet. 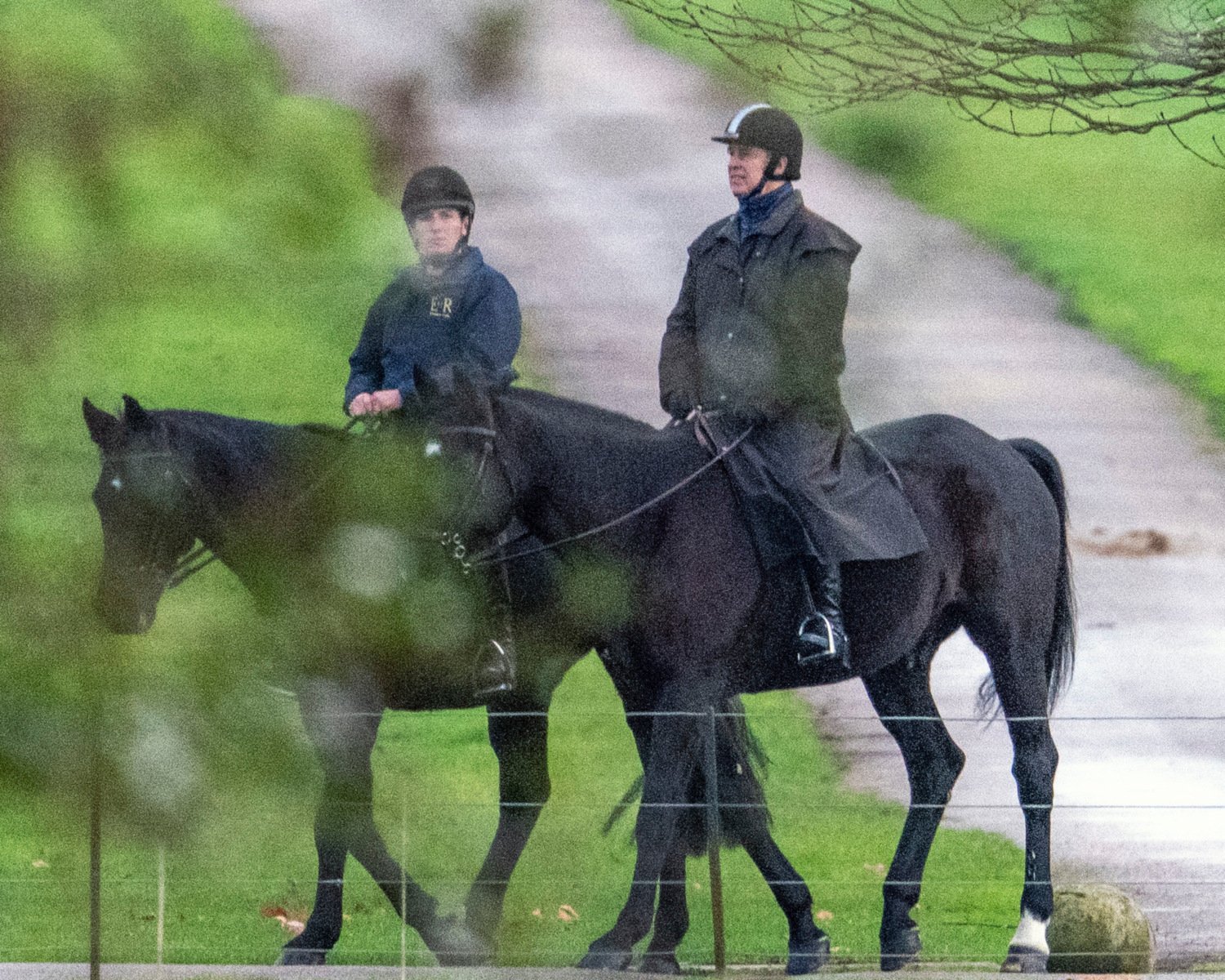 In response, Prince Andrew denied the claims by saying he was allergic to horsehair. However, lo and behold, he’s been photographed mounted on horseback as part of his royal duties. The Daily Mail featured a photo of Prince Andrew serving as colonel of the Grenadier Guards, riding a beautiful, shiny black horse under the Wellington Arch in London in 2018. 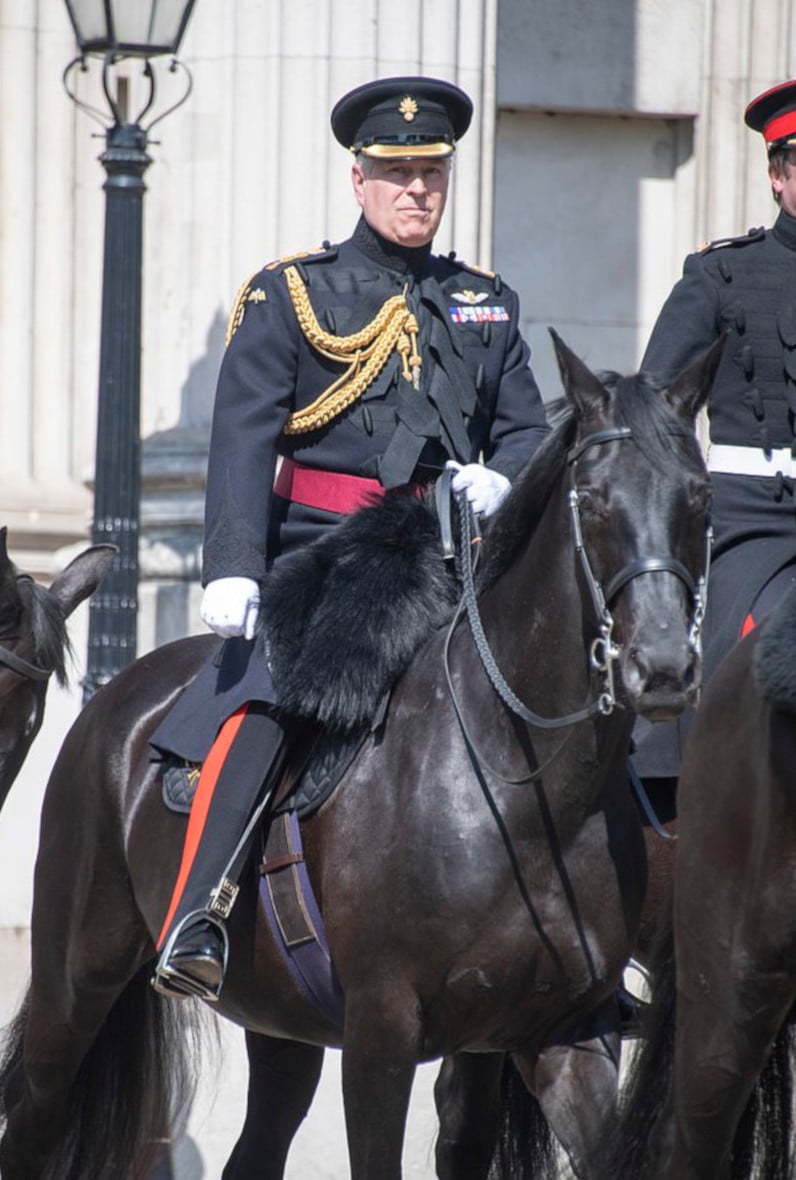 However, a source backed up Prince Andrew’s hayfever claims: “It’s well known amongst his family and friends that the duke had a hay fever allergy that was with him all his life.” The source further explained Prince Andrew gave up riding in his teens but started again after using acupuncture to cure his allergy so he could participate in the Trooping of the Color to honor his mother . . . in 2018 when he was photographed.

The Daily Mail further corroborated the source’s claims by mentioning how there was a “decades-long gap” between Prince Andrew being photographed on horses as a boy and being captured on them as a man in his fifties. However, The Mail also noted this isn’t the first time Prince Andrew has been miraculously cured of one of the ailments he’s declared to be an alibi. 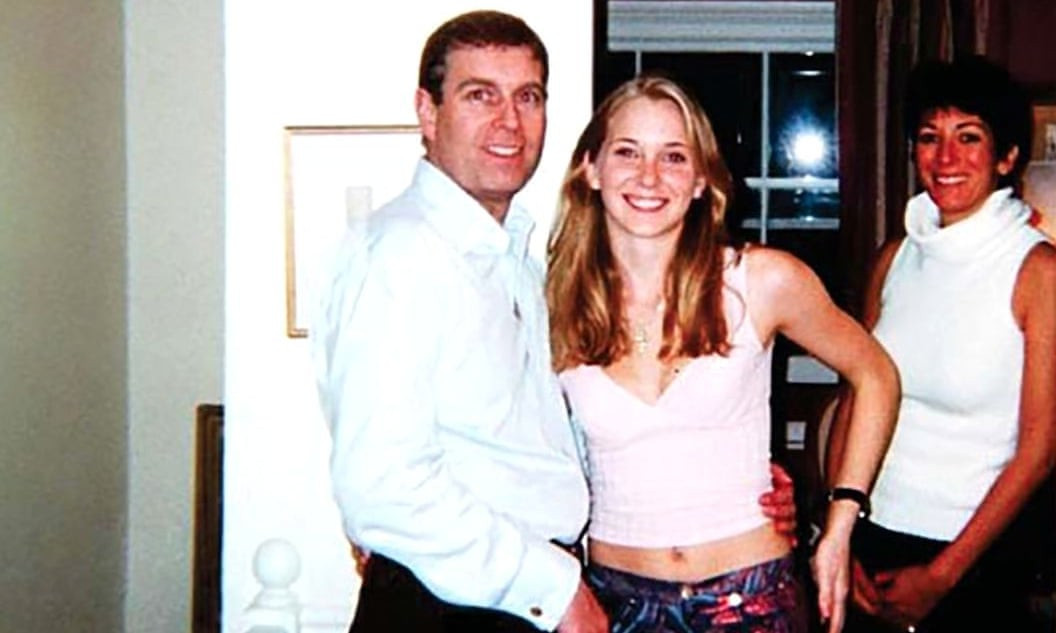 In a forty-five minute interview with the BBC, Prince Andrew defended himself to the British public, “categorically denying” he had sexual relations with Virginia Roberts-Giuffre. On the night Roberts-Giuffre alleged she & prince Andrew had sex at Ghislaine Maxwell’s house in London, Prince Andrew said he was at a children’s birthday party at Pizza Express for one of his daughters.

However, after he said that, a photograph of Ghislaine Maxwell, Prince Andrew, and Virginia Roberts-Giuffre, taken the night of the allegations, began circulating. The Prince had told BBC he had “no recollection of the photograph being taken” and had specified he went to the children’s party at four or five in the afternoon.

The BBC interview also apparently made sweating a hot topic again. In light of Virginia Roberts-Giuffre’s claim that Prince Andrew “sweated like it was raining”, Prince Andrew denied it by saying he didn’t sweat. He elaborated: “I didn’t sweat at the time because I had suffered what I would describe as an overdose of adrenaline in the Falklands War, when I was shot at . . . it was almost impossible for me to sweat.” 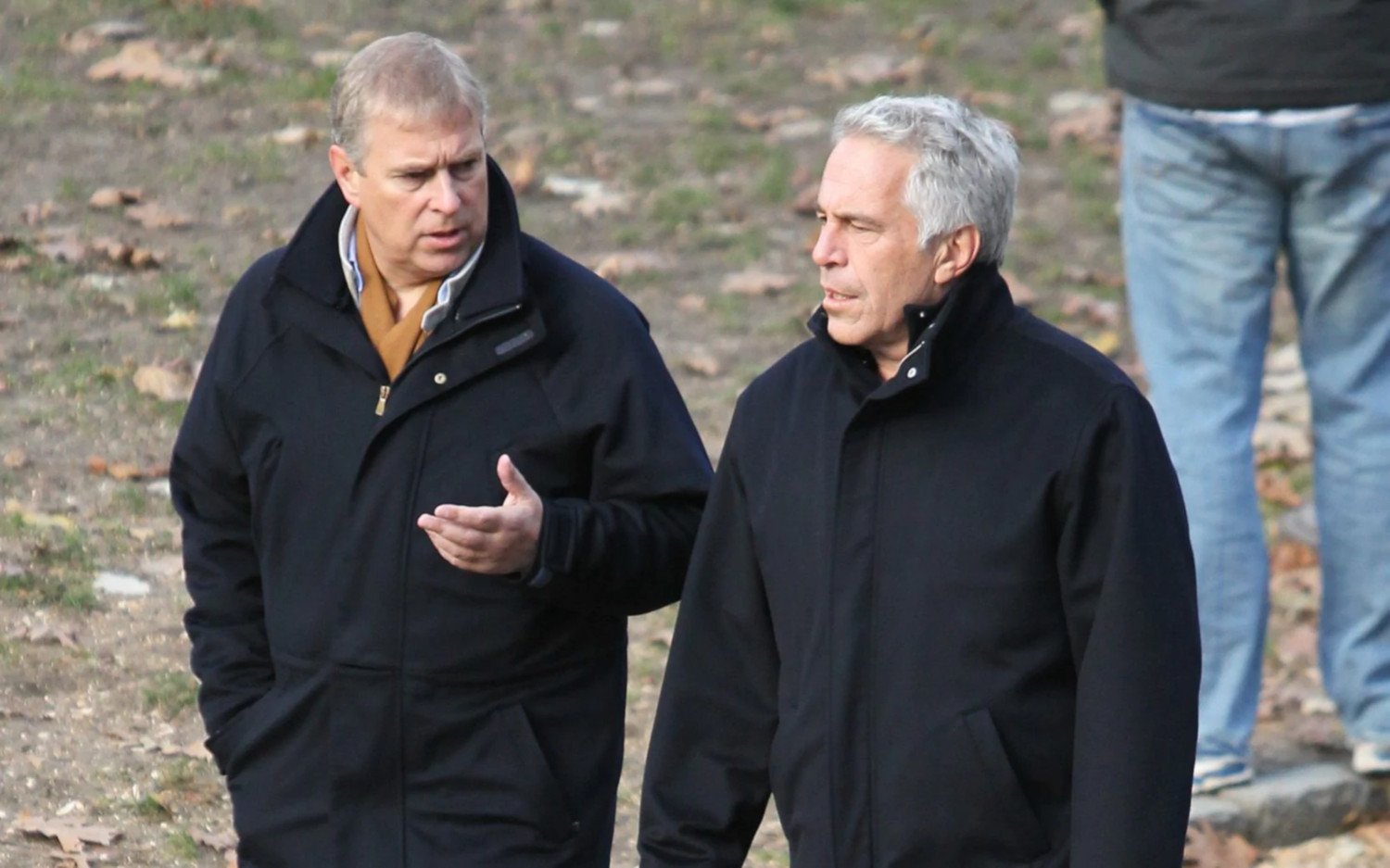 According to The Guardian, Prince Andrew’s interview with the BBC didn’t vindicate him in the eyes of the public, as it “drew accusations of arrogance” from viewers, who allegedly perceived he put more emphasis on his alibis than the victims. Indeed, in their questions for Prince Andrew, Daily Mail journalists asked: “Do you now understand why you are seen as lacking empathy for how the victims of Epstein must feel?”

Also . . . why? Daily Mail journalists pointedly asked: “What was the principal reason behind your long relationship with the billionaire pedophile Jeffrey Epstein?” Previous sources claimed Prince Andrew became close to Epstein because he allowed the royal to relax. These sources claimed Prince Andrew had never worn a pair of blue jeans until Epstein gifted him a pair.