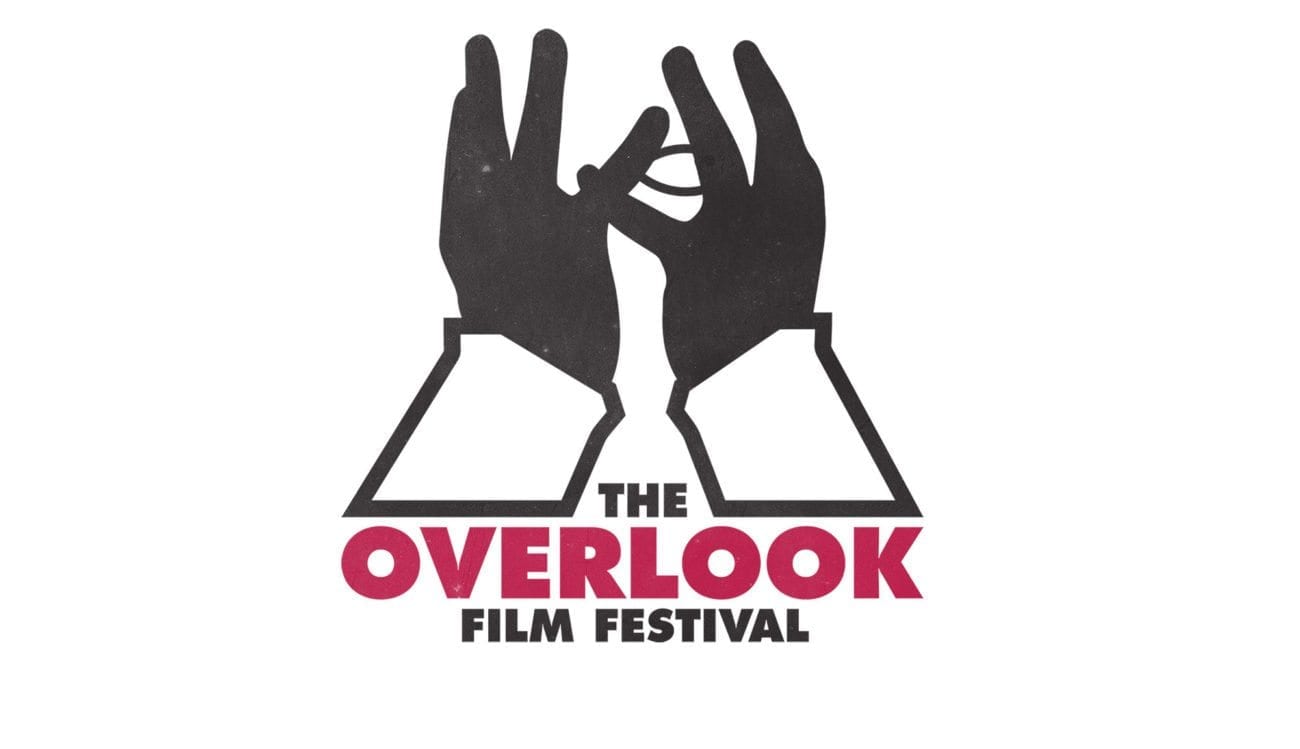 No work and all play: The Overlook Film Festival horror line-up

In 2017, the newly-established festival wowed genre fans at the legendary Timberline Lodge in Oregon – better known for serving the exterior location for Stanley Kubrick’s The Shining. However, in 2018 the festival is moving from a hotel that merely portrayed several hauntings to one that reportedly houses several real apparitions – New Orleans’s historic Bourbon Orleans Hotel.

The Overlook Film Festival will take place between April 19 and 22 where you can catch this entire lineup of movies.

Stephen Susco’s sequel to the innovative 2014 Skype horror borrows key elements from the first film while telling its own macabre, shocking story. It all kicks off when a cyber café attendant who (perhaps foolishly) borrows a laptop from the lost & found for his weekly Skype game night with pals discovers the previous owner will stop at nothing to retrieve it from him.

The world premiere of the latest joint from Darren Lynn Bousman (The Devil’s Carnival) brings to life a period piece centering around a troubled woman who finds herself held hostage by a coven of vicious nuns.

Michael Pearce’s debut thriller about a disturbed woman caught between her oppressive family, the arrival of a hot stranger, and a series of suspiciously-timed murders in their isolated community has drawn critical acclaim for its brutal, sexy storytelling.

With a cast including Robbie Kay (Fugitive Pieces), Tate Donovan (Argo), and Zachary Levi (Chuck), Blood Fest offers a hilarious parody of horror culture sure to delight fans of the genre in this movie from Owen Egerton (Follow). When the most hyped horror fest in the country traps fans within its grounds and starts killing them on mass, only a gang of savvy teenagers (armed with the knowledge of a thousand horror movies) can fight through the bloodbath to survive.

Described as being “equal parts tender, surreal, and grotesque,” the debut feature from actor-turned-director Lisa Brühlmann’s coming-of-age horror focuses on a 15-year-girl struggling with terrifying changes to her body.

The latest joint from indie troubadour Michael Tully (Septien) follows an American artist accepting a strange invitation to a secluded Irish manor. Delving into the bottomless intrigue of sinister urban legends and obsessive explorations of the unknown, Don’t Leave Home could be the offbeat indie horror hit of the year.

Ryûhei Kitamura (The Midnight Meat Train) is back with another macabre, murderous, and maniacal vision involving a group of stranded carpoolers suddenly besieged by an attack from an unseen (and skilled) shooter.

Twisting the horror trope of a couple taking a wrong turn into a small town, The Farm offers a disturbing manifesto about food production, full of eerie, insidious imagery and atmosphere. The world premiere of Hans Stjernswärd’s debut feature is not one to be missed.

This British anthology from Jeremy Dyson & Andy Nyman stars Nyman alongside Martin Freeman (Black Panther), Alex Lawther (Freak Show), and Paul Whitehouse (Alice in Wonderland). Adapted from the hit stage play of the same name, Ghost Stories follows a TV investigator who finds himself out of his depth while digging into three cases of ghoulish hauntings.

Focusing on a near destitute nurse who takes care of a wealthy, isolated pregnant woman whose progressively strange behavior turns into a rabid hunger, Good Manners offers a surprising, sophisticated, and engaging twist on classic genre stories.

Longtime indie horror producer Jenn Wexler’s directorial debut offers a punk rock take on the traditional slasher film. Starring Chloë Levine (The Transfiguration), Granit Lahu (The Sinner), Jeremy Pope, and Jeremy Holm (Mr. Robot), the movie sees a band of punks hiding out from the law only to stumble upon a deranged park ranger with a malicious approach to justice.

Subverting the expectations of rape-revenge film tropes, Coralie Fargeat’s Revenge is an explosive assault on misogynistic culture that stunned audiences at the Toronto & Sundance film festivals.

Billed as a remake of the 1982 Indonesian iteration of Don Coscarelli’s Phantasm, this Indonesian horror from Joko Anwar (A Copy of My Mind) sees a famous singer leading a pack of rabid spirits to torment a local family.

Taking the form of an audio commentary presented over a little known 1938 STD propaganda film, the world premiere of Tim Kirk’s latest experiment features Patton Oswalt (Young Adult), Rob Zabrecky (Lost River), and an interview with the descendant of the original motion picture (who harbors a nefarious secret).

Fan favorite Leigh Whannell (Insidious: Chapter 3) packs action and gore into this foray into a science fiction dystopia. The movie follows an experimental procedure involving a sentient computer chip fused into the body & mind of a paralyzed man (Logan Marshall-Green) whose subsequent fight for vengeance spirals into a terrifying endgame.

This campy, practical effects extravaganza from FX artist-turned-filmmaker Sôichi Umezawa (ABCs of Death 2) sees a group of unwitting art school students in a brutal showdown against a pack of evil modeling clay.

What Keeps You Alive

A quiet vacation turns into a deadly game of cat & mouse in Colin Minihan’s claustrophobic survivalist thriller in which a wedding anniversary trip is interrupted by the sudden appearance of the wife’s childhood best friend.

Wolfman’s Got Nards: A Documentary

An experimental sports film exploring a sinister theory surrounding the death of Cleveland basebeall player Ray Chapman in 1920 and subsequent rise of the Yankee dynasty.

A young street artists learns what really makes monsters after an encounter with some local schoolchildren.

A vigilant daughter must decide between protecting herself or saving her mother from a terrifying demonic transition.

A young woman wishes to bid farewell to her childhood home and her past, but a malevolent presence refuses to let her leave.

A coyote seeks revenge on the wolves who viciously murdered his family.

A young woman and her father adapt to unexpected, terrifying changes.

Local residents in a black hair salon stave off a strange new monster in a gentrified neighborhood: white women sucking the lifeblood from black culture.

A choreographer unknowingly awakens a vile fairy corpse with heinous intentions while trying to wean her toddler at a cottage retreat.

A young teen makes a startling realization upon the discovery of his sleeping mother during a trip to the kitchen for a simple glass of milk.

A teen poet half remembers a tale of magic and mutation while his beloved lies dead in a stream.

A young woman’s obsession turns her into an animal.

A father escapes from a nursing home and returns to his former house only to harbor a secret and a surprise guest.

A powerful hate preacher delivers a sermon to his isolated church community. But his daughter has a secret threatening to destroy all of them.

Played out in the fractured psyche of a middle-aged woman who refuses to grow up and has spent her life talking to inanimate objects (and a dying box turtle) in her parents’ house.

An elusive stranger pays Bimbo the Dog a visit in the middle of the night to deliver a vital message.

We Summoned a Demon

They just wanted to be cool. Instead, they got a demon.

Campfire Creepers: The Skull of Sam

Inspired by cult classics like Creepshow and Tales from the Crypt, Campfire Creepers invites viewers to join the fire circle of Camp Coyote as a group of kids take turns telling spooky tales.

A fully immersive 360° episodic story set in 40’s American South, Delusion: Lies Within follows two fans who must try and save author Elena Fitzgerald from her own literary nightmare.

Masters Of The Sun

An immersive journey to the nightmares of your childhood, Night Night offers a terrifying, sensory trip to dreamland.

Wolves In The Walls (Chapter 1)

Forging a groundbreaking blend of film, theatre, audience agency, and sleight of hand, Pete Billington’s adaptation of material by Neil Gaiman (American Gods) casts you as an active performer in a narrative when you go on a quest with the central character.

The world premiere of what The New York Times called “the most extreme theater event of the year” is an immersive fear experience for adults over eighteen to walk through completely alone.

Amy Nicholson hosts a guest debate and discussion about what horror films should be included in the list of all-time greats.

Offering exclusive access to one of the rooms of the Bourbon Orleans Hotel, guests will be invited to meet a previous inhabitant and come face-to-face with the unknown. The event invites those who consider themselves particularly attuned to psychic forces and supernatural presence to get involved.

This late night pairing of food & art sees a specially designed piece based on the cosmic horror of the multiverse feature Bananas Foster made from Louisiana cane sugar and rum. What’s not to love?

The Overlook Film Festival’s signature event is an interactive horror mystery featuring live actors, hidden clues, tactical puzzles, and surprising twists that each player can engage with at their own level of comfort and curiosity.

Writer Grady Hendrix’s live presentation of his recently released book about 70s horror paperbacks is an oral history of killer jellyfish, killer babies, and killer crabs with a side of Nazi leprechauns & skeleton doctors.

Hendrix will also be delivering his one-man show about psychic teenagers and shaved cats at the festival.