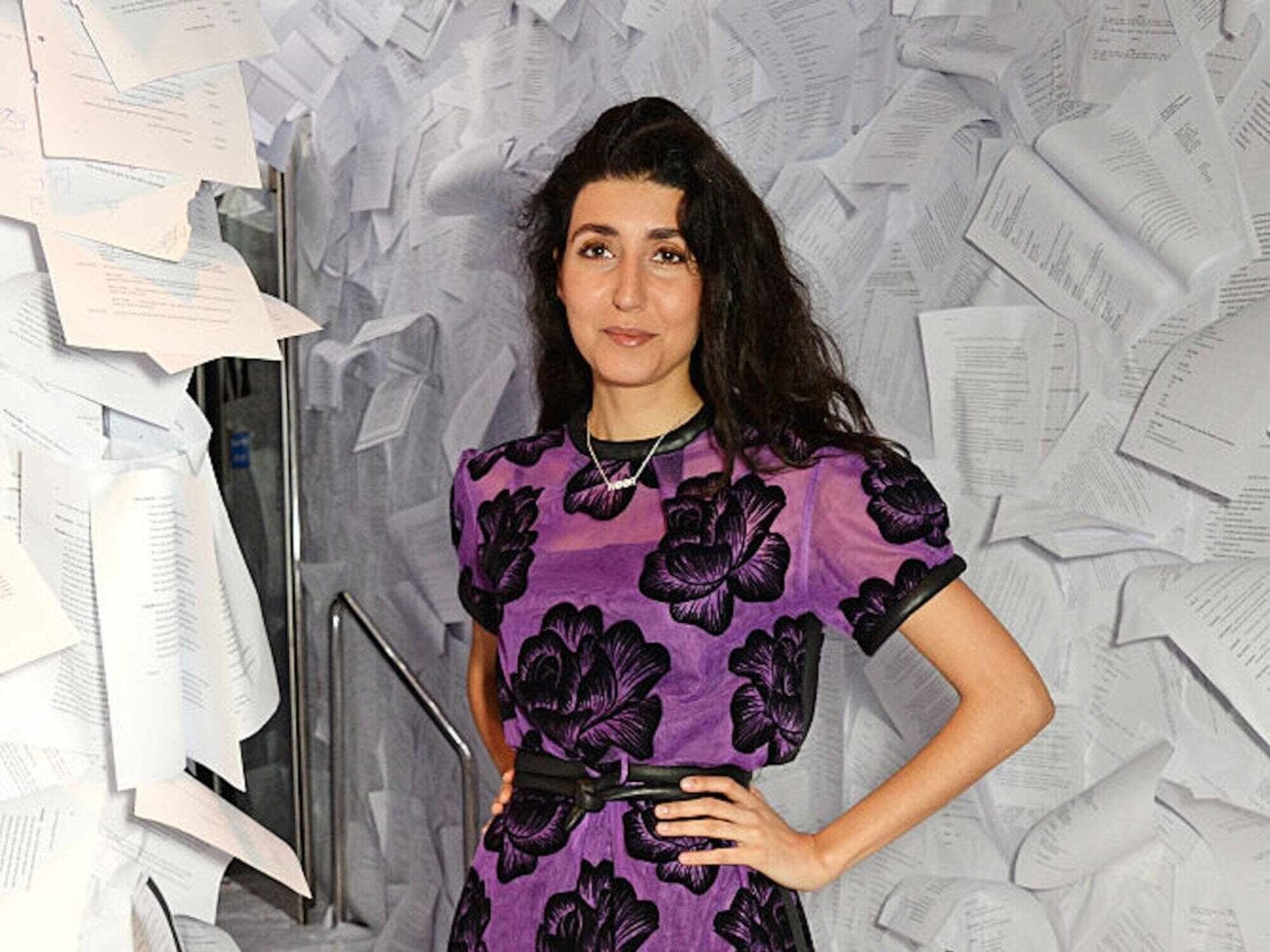 This May will serve as the ten-year anniversary since terrorist & 9/11 mastermind Osama bin Laden was killed by Navy SEALs, and yet his name is still in the news. Why? It’s most likely due to his niece.

Noor bin Laden, the niece of the deceased Osama bin Laden, has made her fair share of headlines this past year, most notoriously for her support of the last president of the United States, Donald Trump. Now, her support has taken an even wilder turn as she urges fellow Trump supporters to remain loyal, clueing in on QAnon theories as well as pleading for the overturn of President Joe Biden’s election win.

Blood is thicker than water, friends, and it appears that Noor bin Laden, Osama’s not-so-sweet-niece, is prepared to take her conspiracies to the next level. Possibly in a dangerous fashion? Let’s take a look. 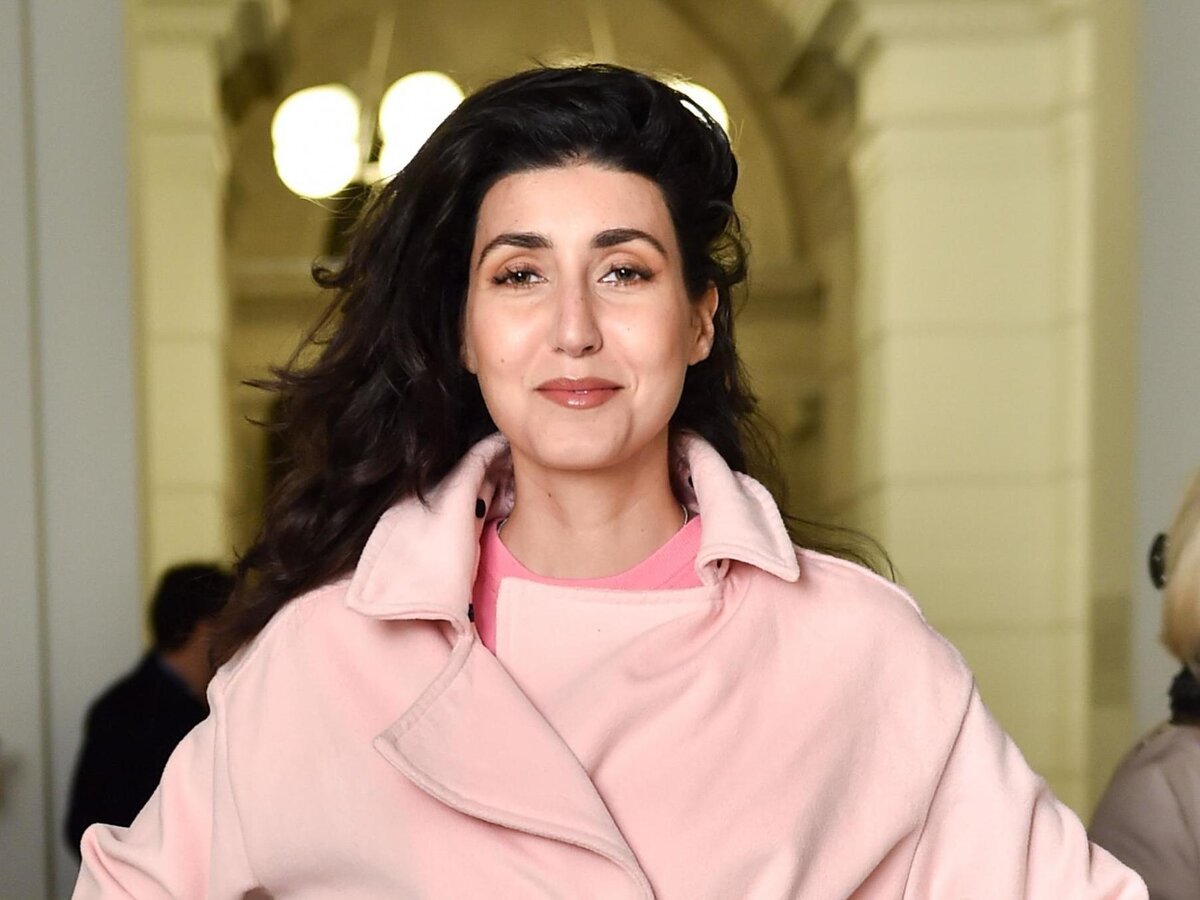 Who is Noor bin Laden?

Noor bin Laden is the thirty-three year old niece of Osama bin Laden, the leader of the terrorist group Al-Qaeda and chief mastermind of the attacks of September 11th, 2001, an act of terrorism that took the lives of 2,977 people.

Her father, Yeslam bin Laden, is the older half-brother of Osama bin Laden, who both share the same father, a wealthy construction magnate that had more than fifty children, even once labeling Osama as the black sheep of the family . . . that’s a lot of sheep to be taken into account.

Her mother, Carmen Dufour, was a Swiss author who divorced Yeslam bin Laden in 1988, opting to move to Switzerland with her three daughters, including Noor. 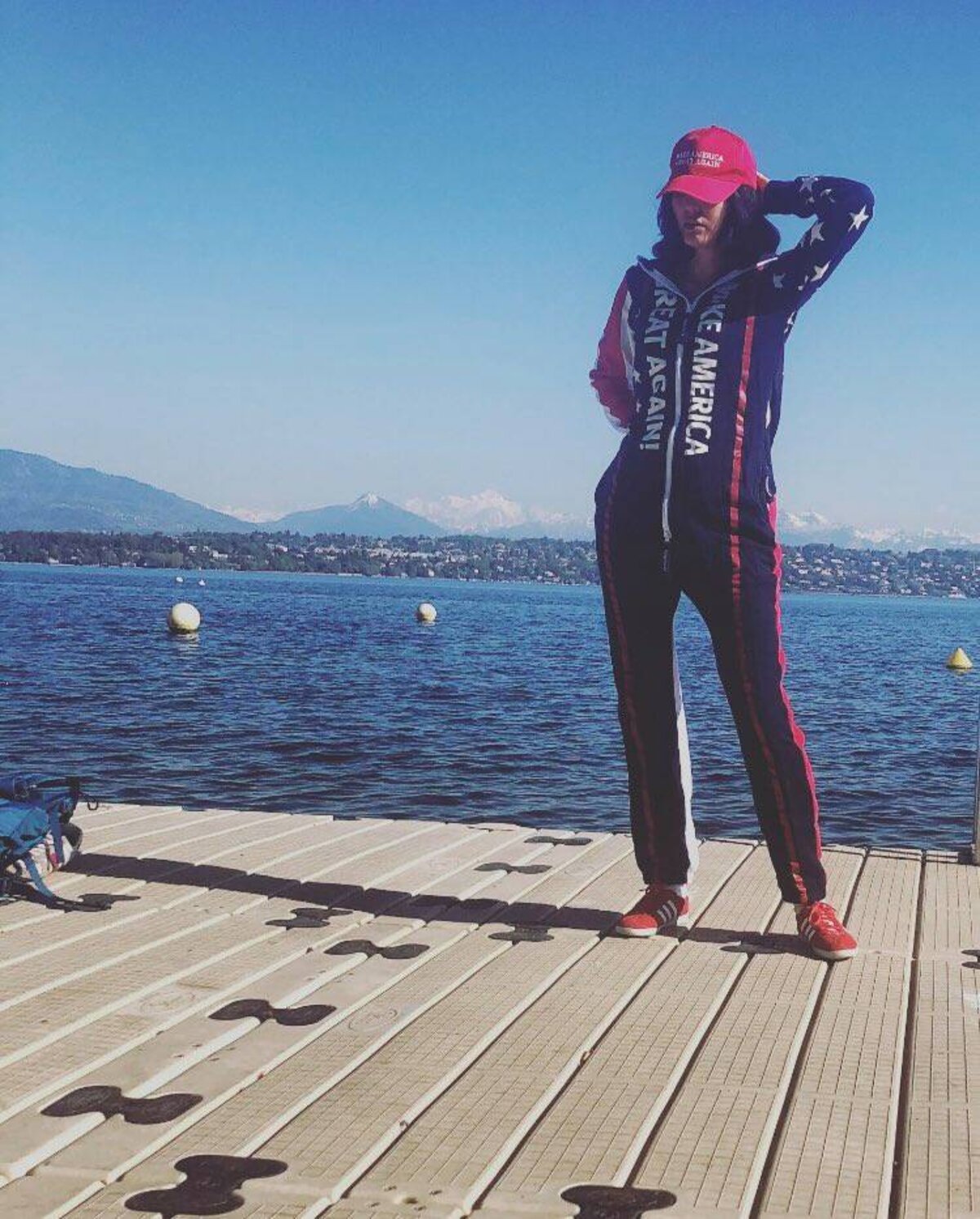 Noor bin Laden, while not a monster & murderer like her uncle, still has some seemingly wild ideas of her own, if only confined within the realm of politics. Last fall, while sporting the famous red MAGA hat, Noor bin Laden sat down and gave an interview with The New York Post, claiming that while she currently lives in Switzerland, she’s a true “American at heart”.

Noor was only twelve years old when the attacks on September 11th, 2001, took place, leaving an imprint on her mind that she claims made her feel “devastated”.

“The name that I carry is antithetical to the values I hold,” she told The Post. 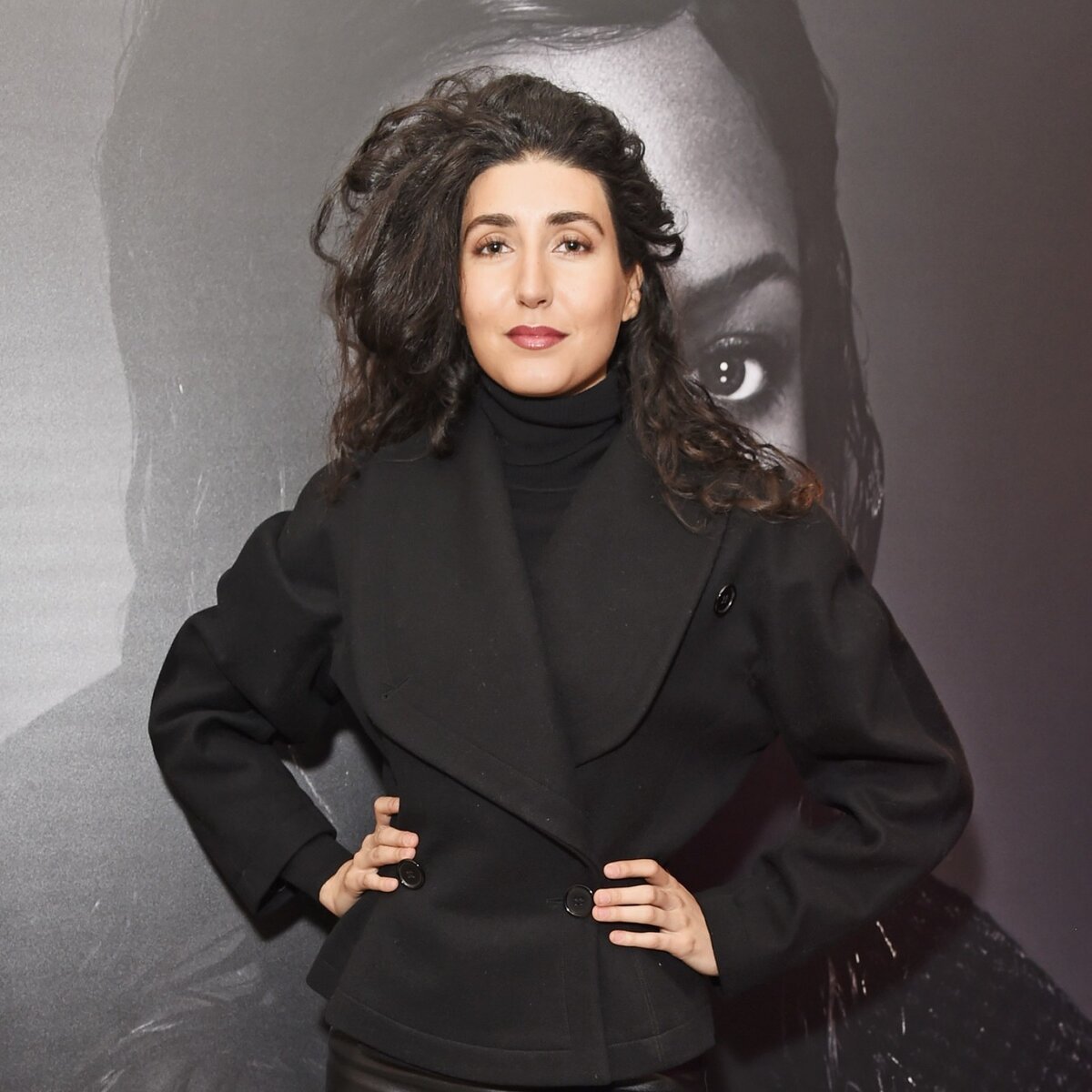 However, while she stated she despises what her uncle did on 9/11, the niece of Osama bin Laden still warned Americans last Fall that if Joe Biden was elected as the U.S. president, America would be at risk for another type of 9/11 attack.

“Trump has shown he protects America and us by extension from foreign threats by obliterating terrorists at the root and before they get a chance to strike”, she noted. 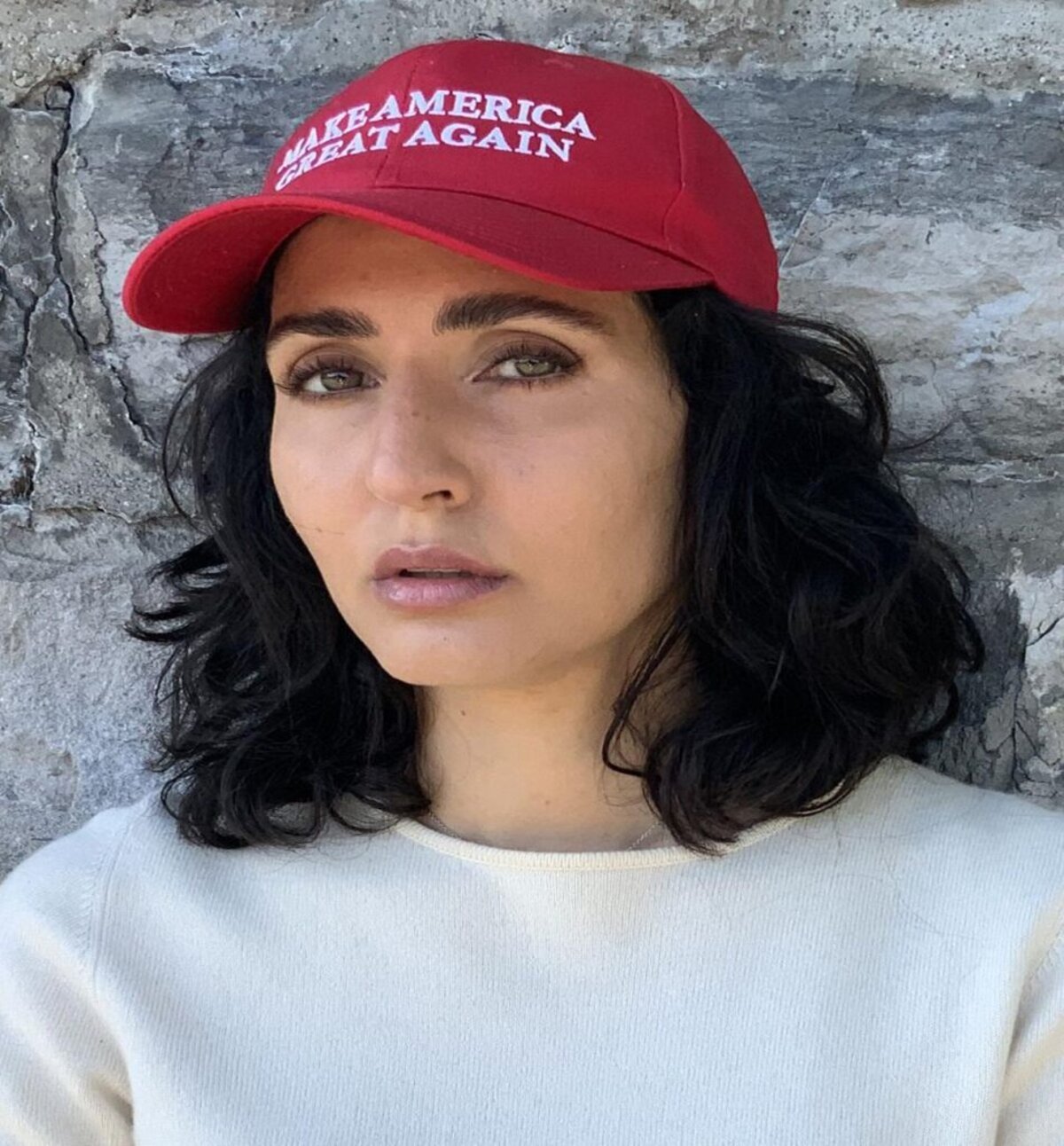 Noor, who’s anything but a shy Republican, has bought into some major propaganda herself, such as QAnon, a network of conspiracy theorists who believe Q, an anonymous poster on 8kun (formerly 8chan) who alleges the world is run by a secret cabal of satanic pedophiles, and Donald Trump is a plant by the U.S. military to stop them. Q’s cryptic posts are shared by Anons through the internet grapevine.

This week, Noor bin Laden took to her Telegram account, the new encrypted message app that the right-wing community is reportedly flocking to now that Parler’s allegedly defunct. There, she stated that even though Trump’s no longer in office, that he’ll still find a way to invoke martial law. As such, he’ll arrest & execute those “devil-worshiping pedophiles” that secretly run this country. 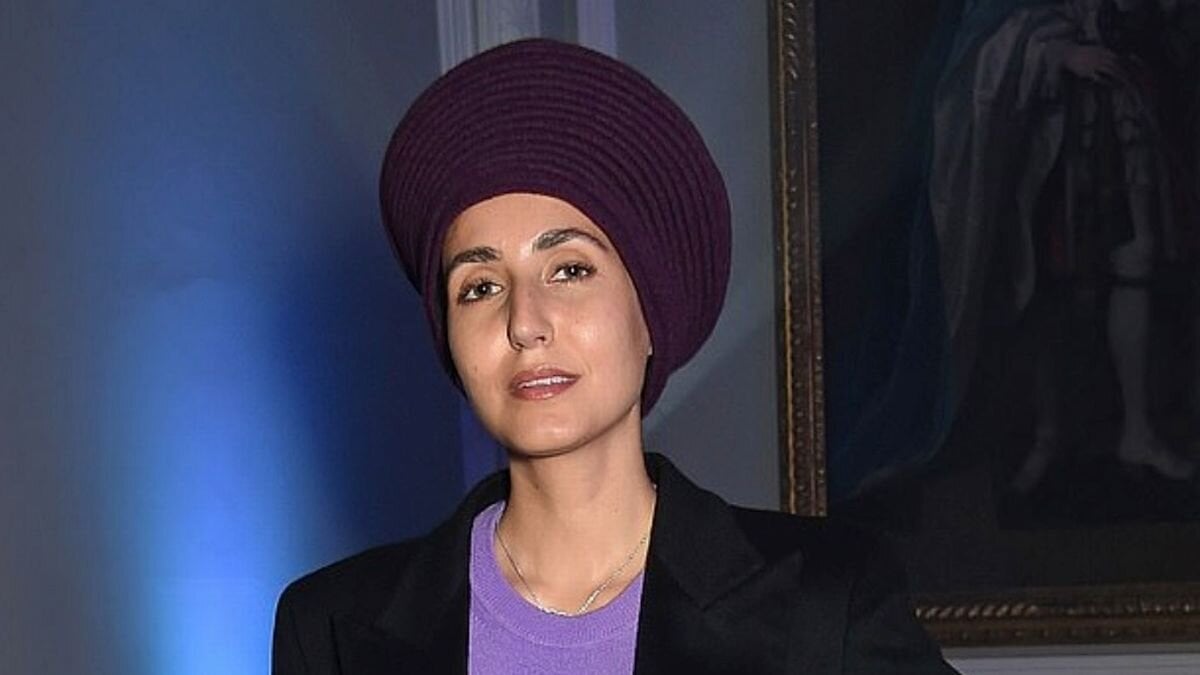 Now, the niece of Osama bin Laden is reposting statements by former general Michael Flynn, who was pardoned by Trump after he allegedly lied to the FBI. Flynn, who is now reportedly a top leader in the QAnon conspiracy, has been urging Trump to declare martial law after his defeat in order to regain power, garnering the attention of Noor bin Laden.

“We must never stop researching, sharing, and pushing info”, she wrote in response to Flynn’s post.