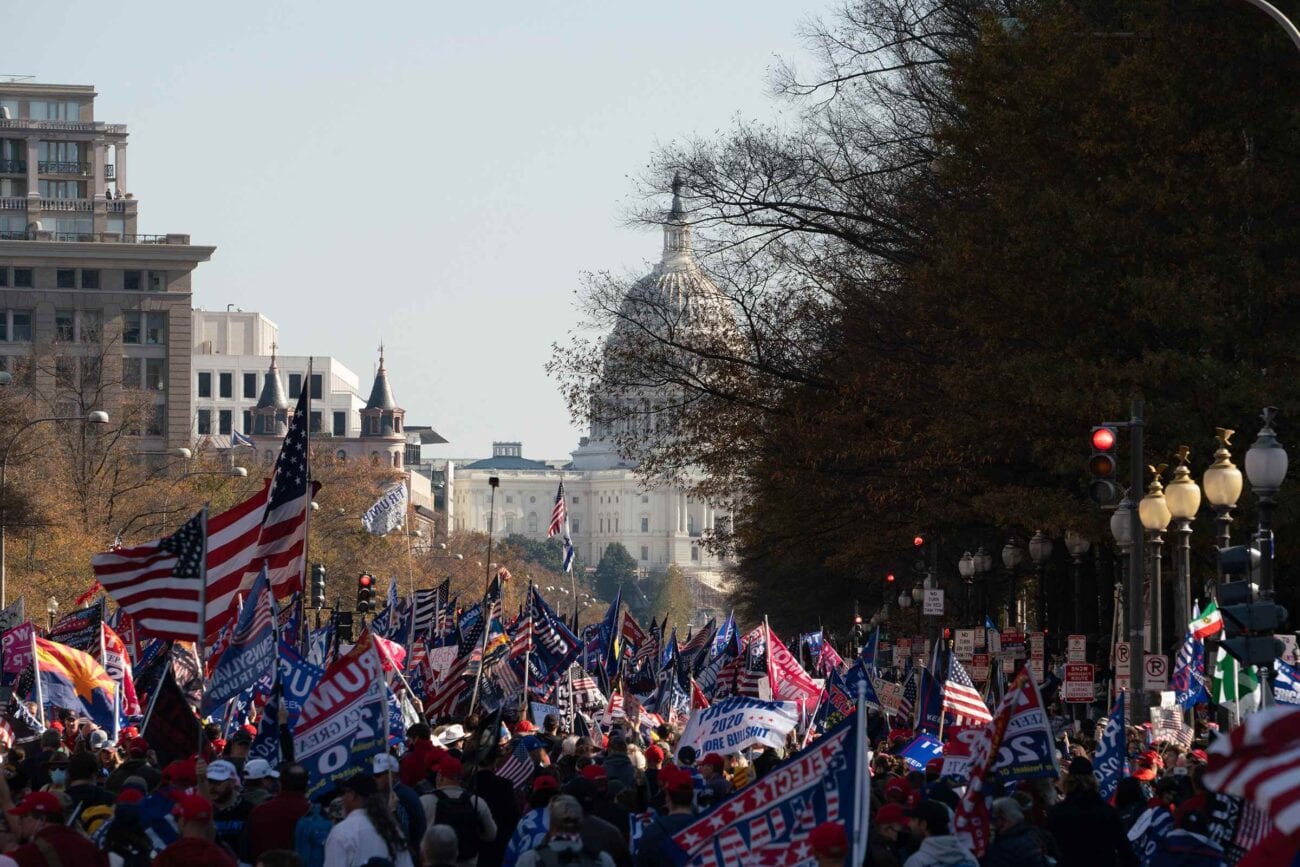 As Donald Trump’s legal battles ensue, Trump’s supporters also believe the battle isn’t over, sharing popular hashtags like #StopTheSteal to support the legal fight for new elections & new counts. On November 14th, Trump supporters decided to march in the streets of  Washington DC to support who they believe rightfully won the 2020 election.

The march began at Freedom Plaza, and only grew in size as the day continued. The march didn’t just include the stereotypical Trump supporters described as old, white, and working class by many mainstream outlets. The march was attended by people of all ages, races, and ethnicities. Here’s how Trump supporters held their Million MAGA March. 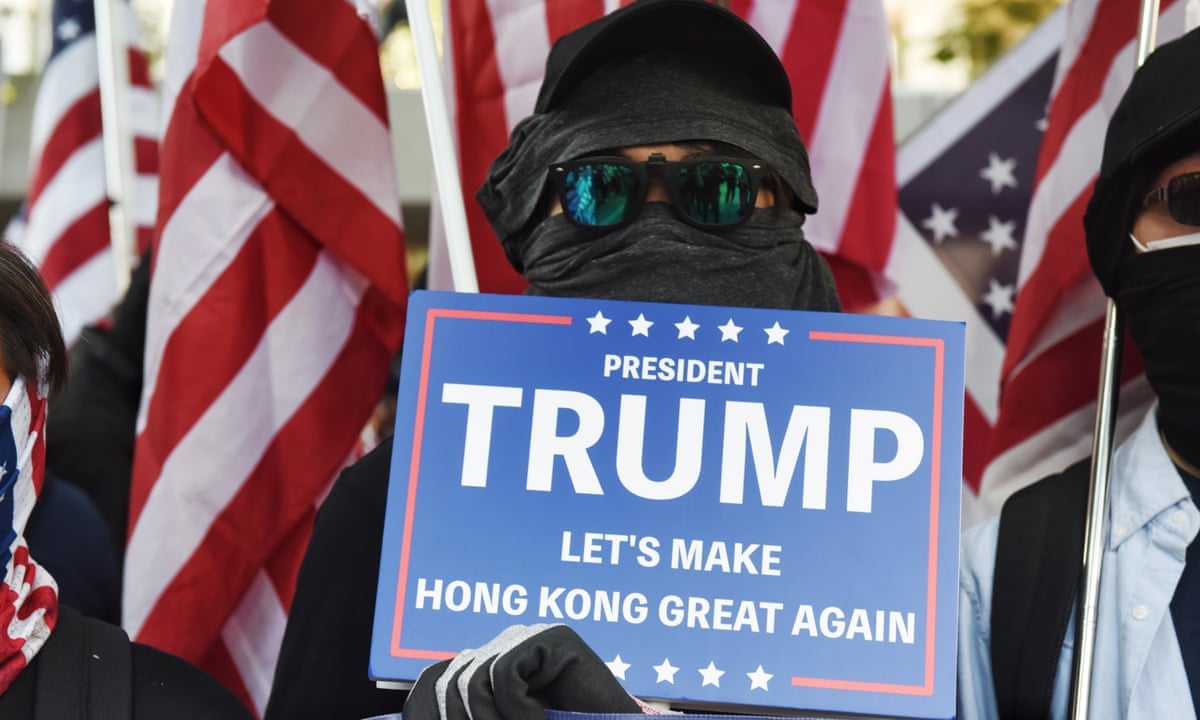 The Guardian reported marchers sang the U.S. national anthem, “The Star Spangled Banner” as well as Trump’s praises. Various Trump supporters attended from all walks of life. A couple from South Korea flew into DC to show their love for Trump, holding a banner that read: “Korean Americans Support 2020 President Trump”.

A Hong Kong couple celebrated the President on the steps of the Supreme Court. Dennis & Mikami Lam claimed they supported Trump because of his policies regarding China and benefits they believe these policies have for Hong Kong. 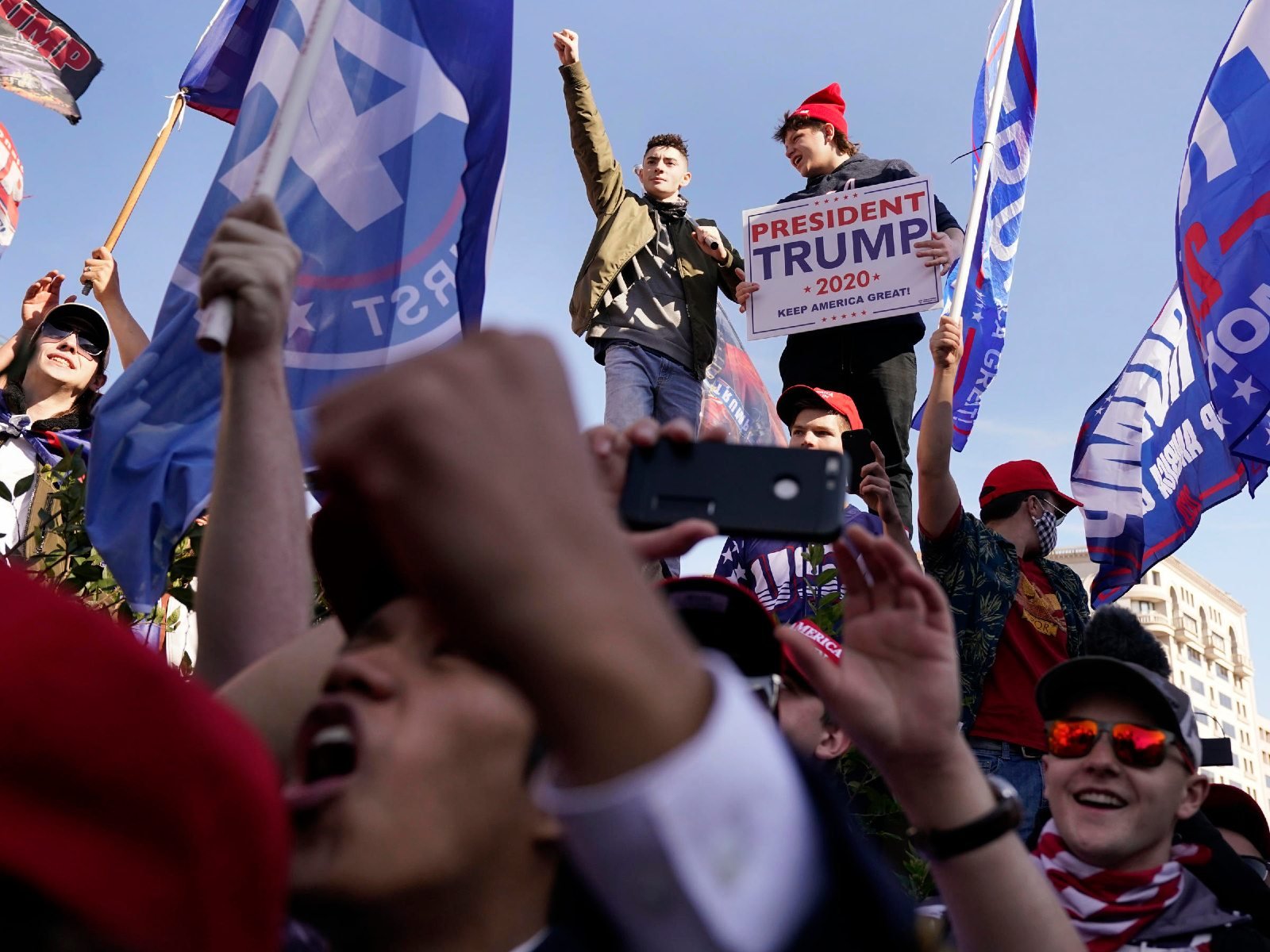 The Guardian interviewed a Muslim Trump supporter. When the news outlet asked him about his opinion on Trump’s policies, including immigration bans against several Muslim majority countries, the Trump supporter argued the “Muslim ban wasn’t a ban against Muslims, but happened to concern countries with large Muslim populations.”

Tony Capo, an Egyptian-American student in New York claimed he was a Democrat in 2016, but told The Guardian he “supports Trump” in 2020. Capo clarified he wasn’t there for Trump per se, rather, he expressed concern about 2020 election fraud. “We just want an audit for the vote, I’m not trying to say there is voter fraud necessarily, but the fact that some high officials are denying an audit, is ludicrous.” 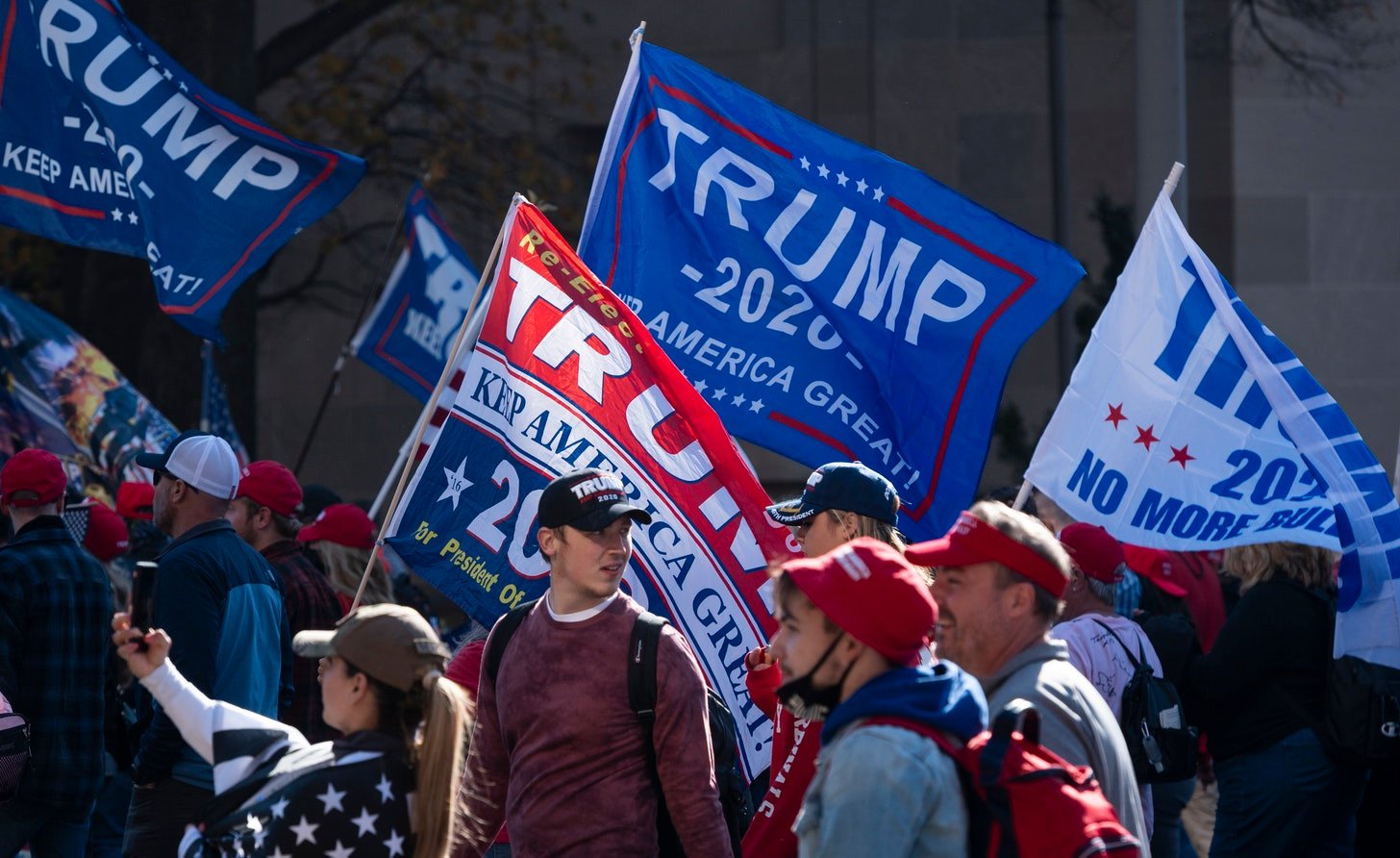 Alexandria Juarez appeared at the Million MAGA March wearing a “Latinas for Trump” shirt. When The Guardian asked her why she supported Trump, she told them: “I absolutely love Trump and what he’s done for this country, and he got robbed from four more years.” She also told The Guardian she didn’t believe child separation was going on at the U.S./Mexican border.

Sixty-year old Jerry Babb told The Guardian Trump was the only president he has liked and claimed “he (Trump) did everything he said he would.” Craig Johnson, a Trump supporter who handed out dollar-bills with First Lady Melania Trump’s face on it, said “I want this nightmare to end. I haven’t slept much since the election because I’m sad that Donald Trump is not our president. He’s gonna be our president though.” 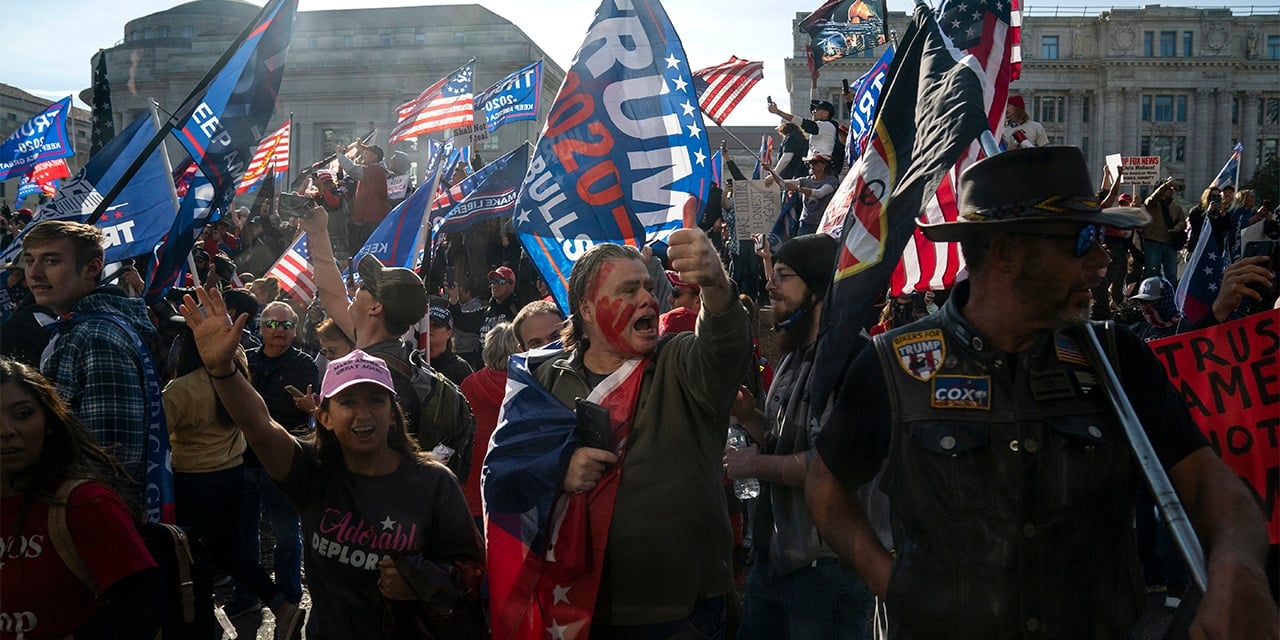 The BBC reported Trump supporters carried signs reading “Stop the Steal” and “Trump 2020”. Most Trump supporters went to the rally without a mask or face covering. Critics of the rally called it “dangerous” per the BBC, citing increasing COVID-19 numbers.

BBC reporter Will Grant was on the scene and witnessed the Trump supporters “desperate to see this election result overturned.” The Trump supporters Grant interviewed told him they believed Joe Biden’s projected win was the result of election fraud. 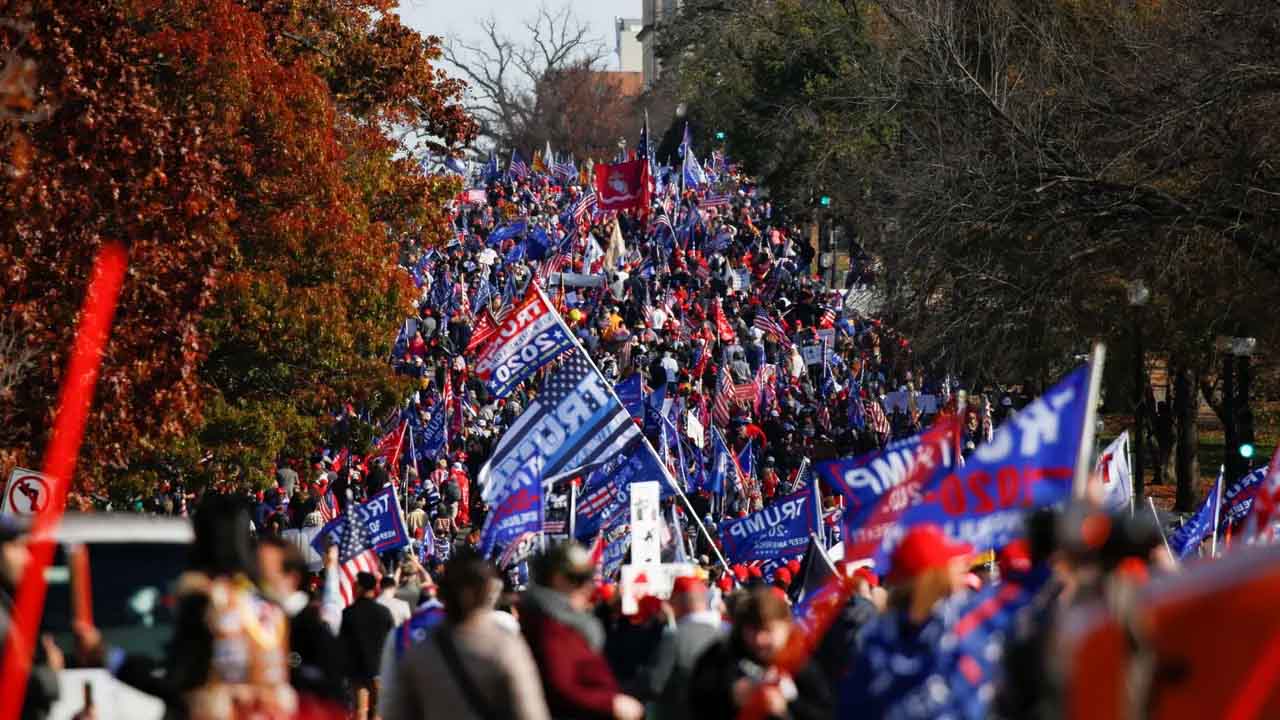 The day ended in a violent clash, as Trump supporters & counter protesters exchanged angry words & blows. Law enforcement was called to the scene. According to USA Today, “tens of thousands of people” gathered peacefully in the beginning, but the day ended up bloody. The Guardian couldn’t report whether the Trump supporters were at the MAGA March earlier in the day.

USA Today described one incident where a man with a bullhorn shouted “get out of here!” to the Biden supporters. The man “pushed and shoved” people until he was thrown to the ground. USA Today also reported people lighting fires and attacking others with pipes. They were also reported to have thrown chairs from nearby restaurants.

USA Today noted a firework was thrown near P.J Clarke’s, a restaurant close to the White House. Eventually a “police officer used a chemical agent” to get the crowd to disperse. These dramatic & violent acts were posted across various social media platforms.