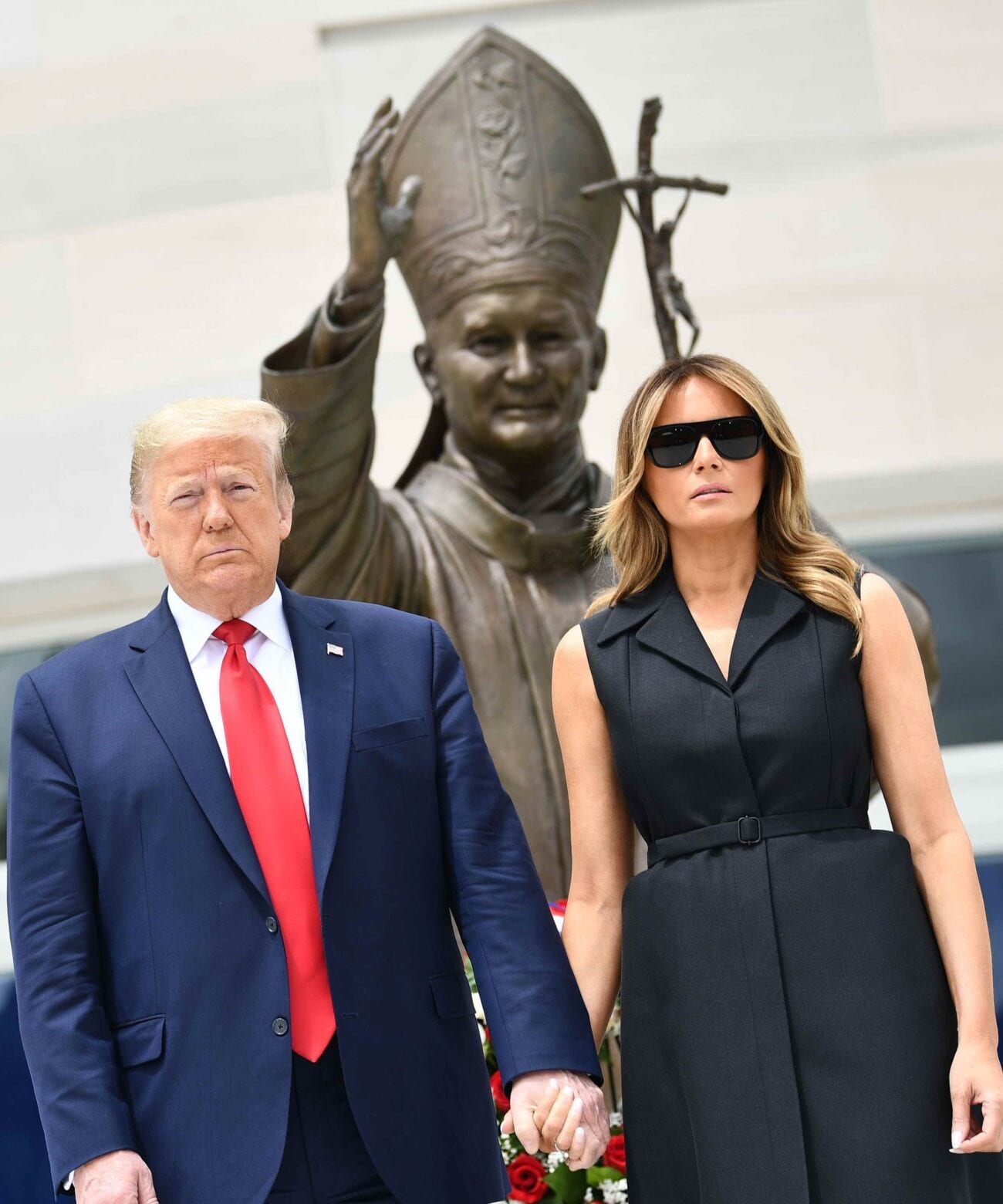 Melania Trump has a meme superpower, especially on Twitter. With just one look, the First Lady instantly trends on the site. She has a powerful gift.

Seriously though, it seems Melania Trump is a constant Twitter hashtag. It’s not because of a new initiative (though we’ll never forget her #BeBest movement), it’s because she always seems to make the most unusual expressions on camera. That, or she decided to change the White House rose garden.

Whether she decided to wear a lime green dress on national television or Melania pulled a very peculiar facial expression on live TV, Twitter makes some top-notch memes in the blink of an eye.

Here are some of the best Melania Trump memes on Twitter from the past month that are sure to leave you in stitches.

When Lana Del Rey said, “My rose garden dreams, set on fire by fiends” she was referring to Melania Trump #RoseGardenMassacre pic.twitter.com/QsbaOc9gU7

Lana Del Rey sings in metaphors, but this lyric perfectly captured Twitter’s take on the change of scenery at the White House.

This Mommie Dearest gif is a little too on the nose.

Melania Trump made a huge mistake at the Republican National Convention. It should’ve been her first lesson in show business: never, never, never wear lime green on television. First of all, lime is a terrible color to wear anywhere. Secondly, wearing lime green on TV just encourages Twitter to open Photoshop and make a ton of memes.

For example: check out this new trendy pattern Melania is wearing. It’s a classic Valentino dress with coronavirus detailing. Every model at Fashion Week 2021 will be covered with this COVID-19 pattern. Melania is such a visionary!

It’s great that Melania wanted to remind us about the rising number of COVID-19 deaths in the U.S. She even managed to fit the huge numbers on that slim-fitting dress. So informative.

This was so weird. #RNC2020 pic.twitter.com/YHReTl0bfT

This meme needs a little context. When Ivanka Trump finished her speech during the Republican National Convention, she walked over to Donald & Melania and shook their hands. As soon as Ivanka passed the First Lady, Melania’s face went through several different expressions.

The short clip immediately became a meme, especially after comedian Dana Goldberg posted the video on Twitter, replete with caption: “This is so weird.”

The video is even better with sound as you hear the swelling, “And I’m proud the be an American,” during Melania’s mood swing.

In three seconds, Melania Trump perfectly captured the entirety of 2020. From the fresh start of January 2020 to the somber abyss of September 2020, we all feel that look of exhaustion Melania appears to be feeling at the end of the video.

When the waitress coming with your drink but it’s for another table pic.twitter.com/duGGrznLCC

Um, waitress? That drink belongs to this table.

Remember that terrible feeling when a stranger got the exact same order as you and they received their order first? Yeah, we don’t miss it either.

Melania Trump has left the chat

We’re getting Zoom fatigue with all these video conference meetings.