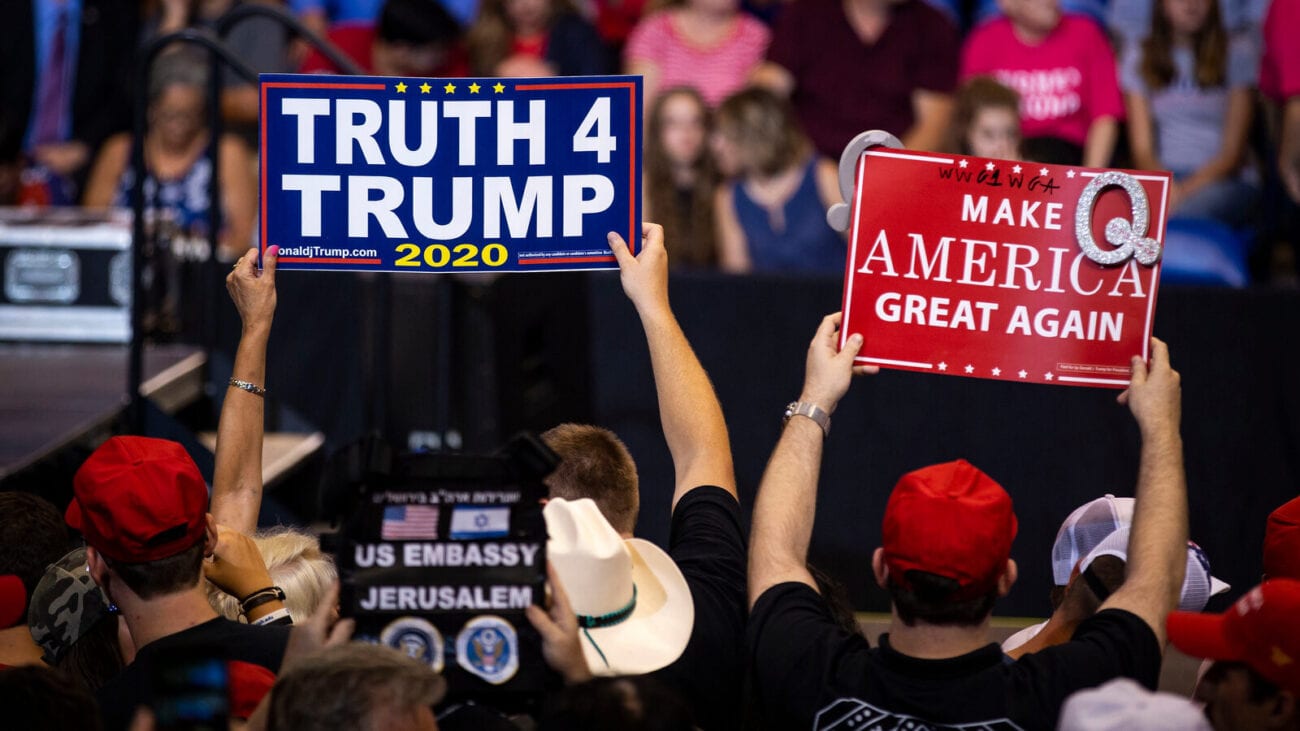 What does Trump think about QAnon and their posts?

For the first time, current U.S. President Donald Trump called QAnon by name. While the internet conspiracy group and Trump seem to be related in ideology, Trump has never publicly commented on the group before.

Or has he? Some people speculate that Donald Trump has been in subtle communication with the group through subtle gestures, like repeating terms that QAnon used on social media in a press conference.

Why now? Why is Donald Trump throwing his MAGA hat in the ring with QAnon, a group that was once considered fringe? More significantly, could Trump’s nod to QAnon legitimize them? 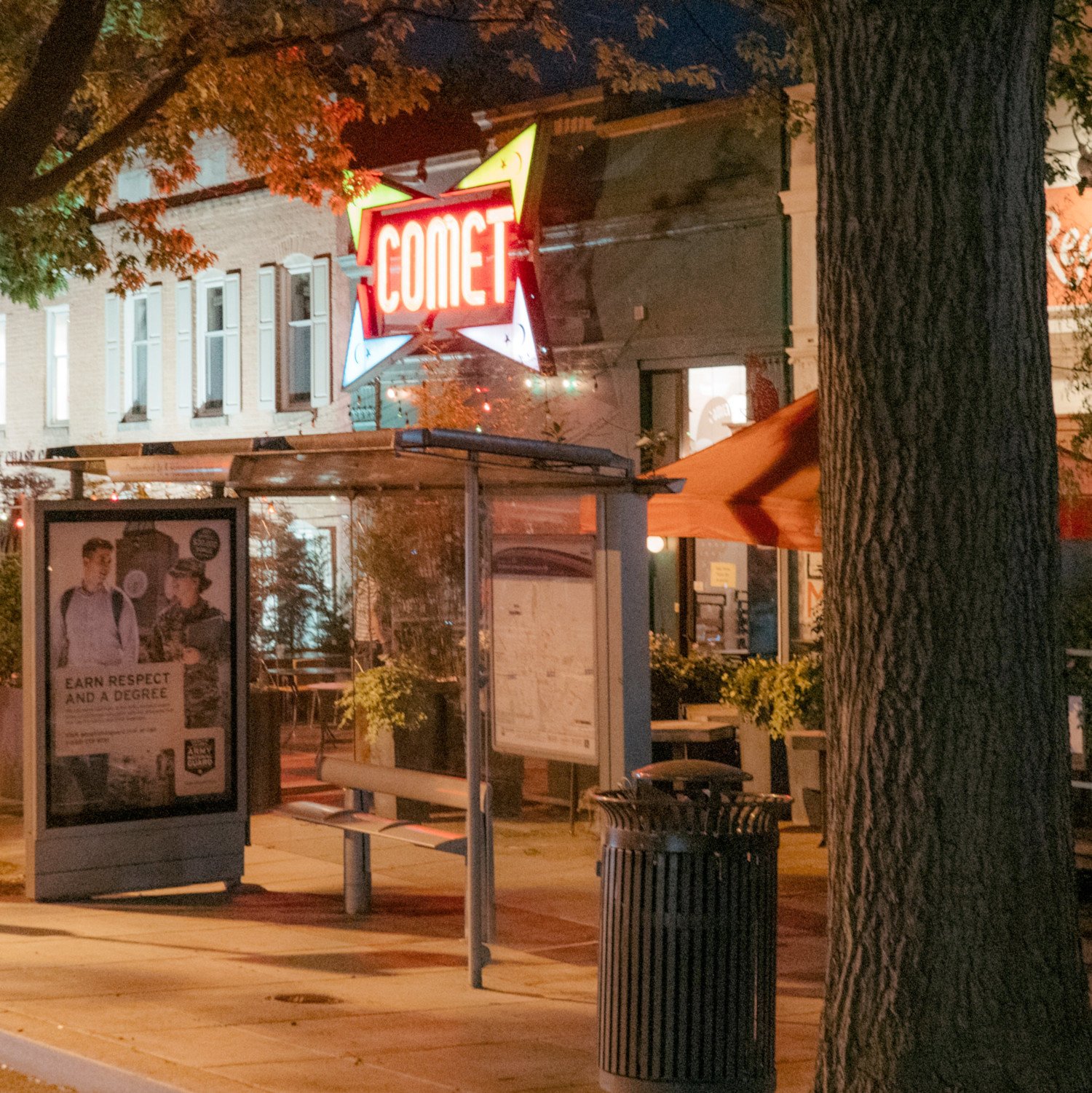 A brief history of QAnon

It all started with #Pizzagate. In October 2016, a tweet spread like wildfire that the New York Police Department raided a pizza joint that was a cover for a sex trafficking ring. Then, a pizza parlor in Washington DC was implicated in this supposed sex trafficking ring. Conspiracy theorists tied it to then-presidential nominee Hillary Clinton.

After it was proved to be a hoax, #Pizzagate didn’t go away. In 2018, believers in Pizzagate started showing up at Donald Trump’s rallies holding Qs. In the wake of growing tension in the U.S., including COVID-19 lockdowns and BLM protests erupting in violence, QAnon surged in popularity. 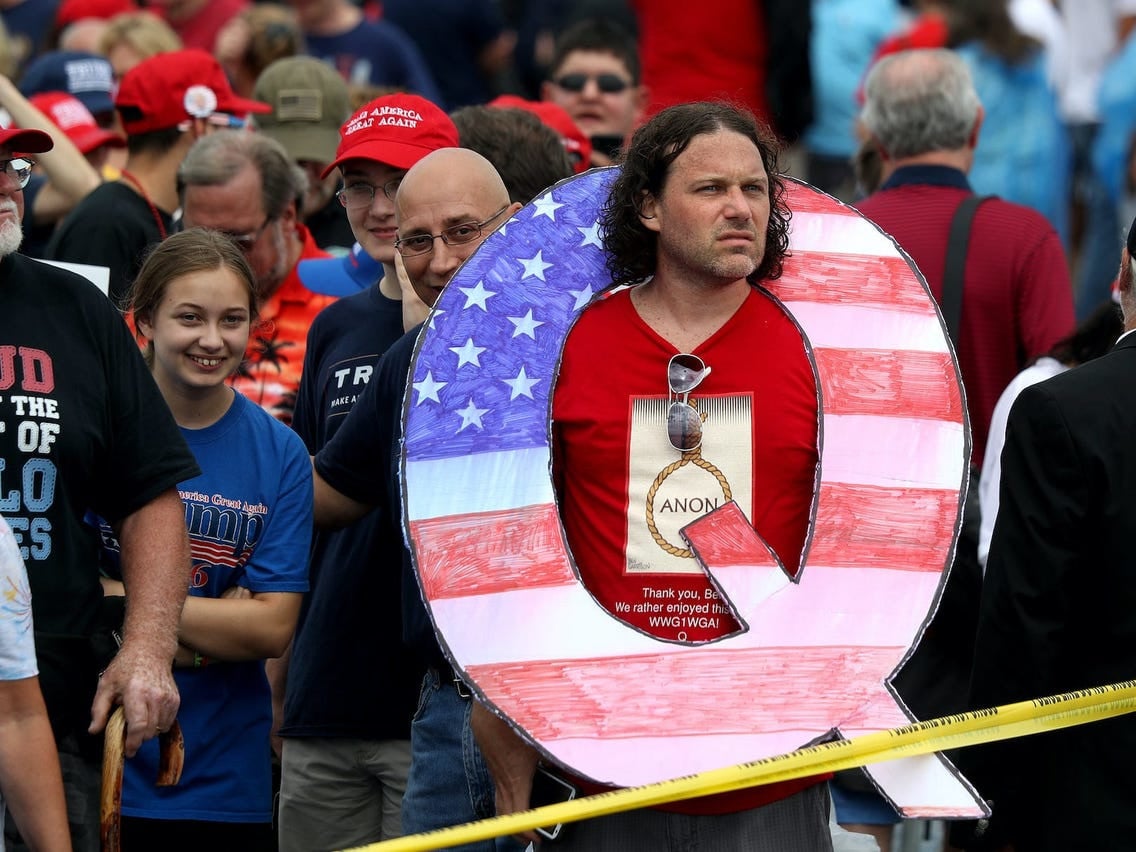 What does QAnon believe?

QAnon believes there is a conspiracy involving wealthy elites and Democrats to snatch children and involve them in sex abuse, satanic rituals, and cannibalism. They point to recent cases like Jeffrey Epstein and hoax stories like #Pizzagate and Wayfair as proof there is a massive sex trafficking ring.

While it seems like another group of conspiracy nutjobs, QAnon can also serve rightwing purposes. They continuously bring up Democrats who may have been part of Jeffrey Epstein’s sex trafficking ring, but ignore the long relationship between Epstein and Donald Trump.

However, they curiously latched onto a conspiracy theory that was originally leftist: 9/11 was an inside job. One QAnon conspiracy theory claims that Princess Diana was killed because she tried to warn people about the government’s plan to start the September 11 attacks and make it look like terrorists did it. 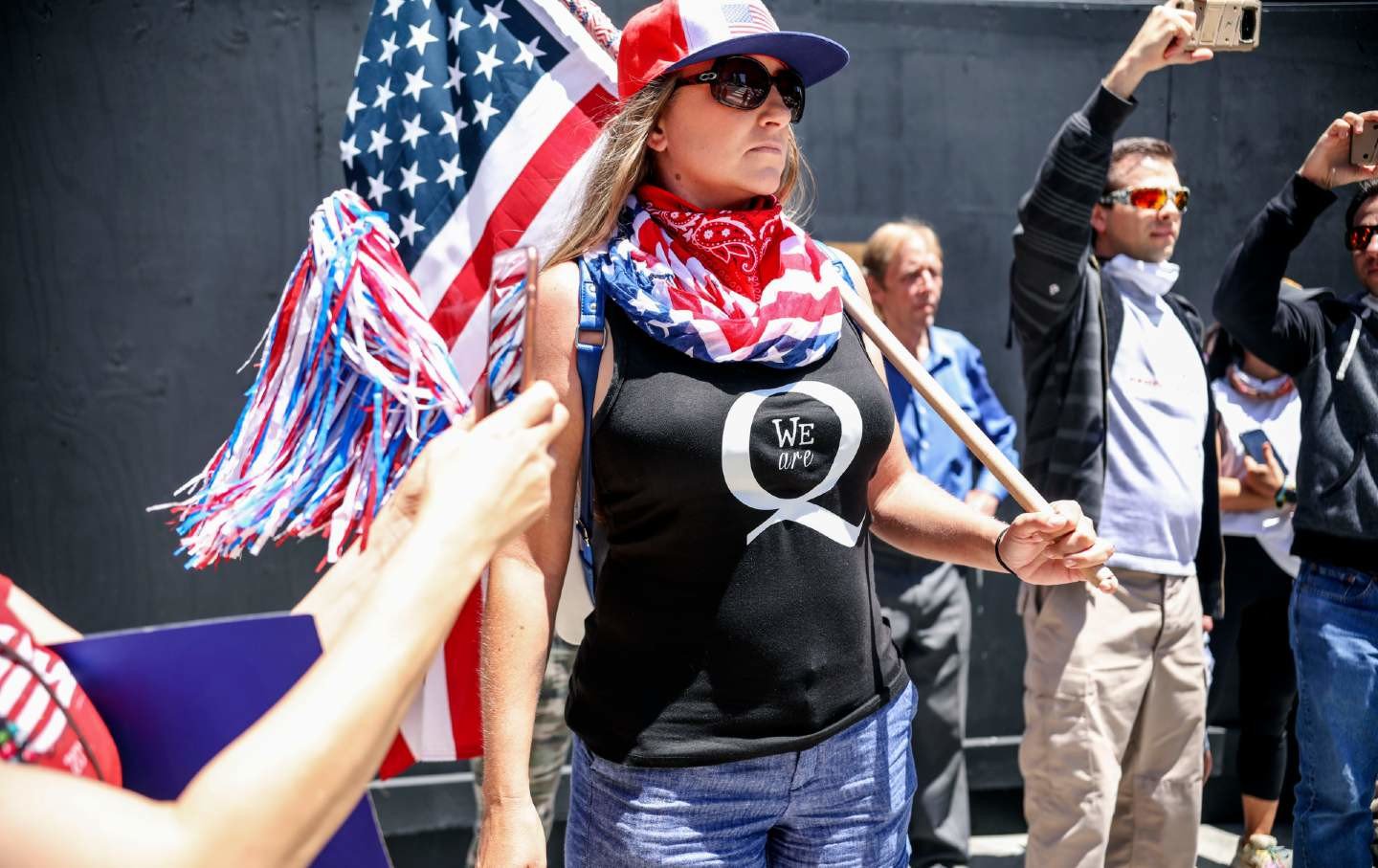 Media’s hesitance to bring QAnon up

It’s no secret that Donald Trump doesn’t like “the liberal media.” Before his presidential campaign in 2016, he regularly tweeted his disdain for news outlets like CNN and nicknamed reporters & news anchors who told unfavorable stories about him.

Apparently, there’s been a discussion about which reporter would ask Donald Trump about QAnon after they received a crackdown on both Facebook and Twitter. As QAnon climbed in popularity, an NBC reporter decided to ask Trump at a press conference about the group’s influence in U.S. politics. 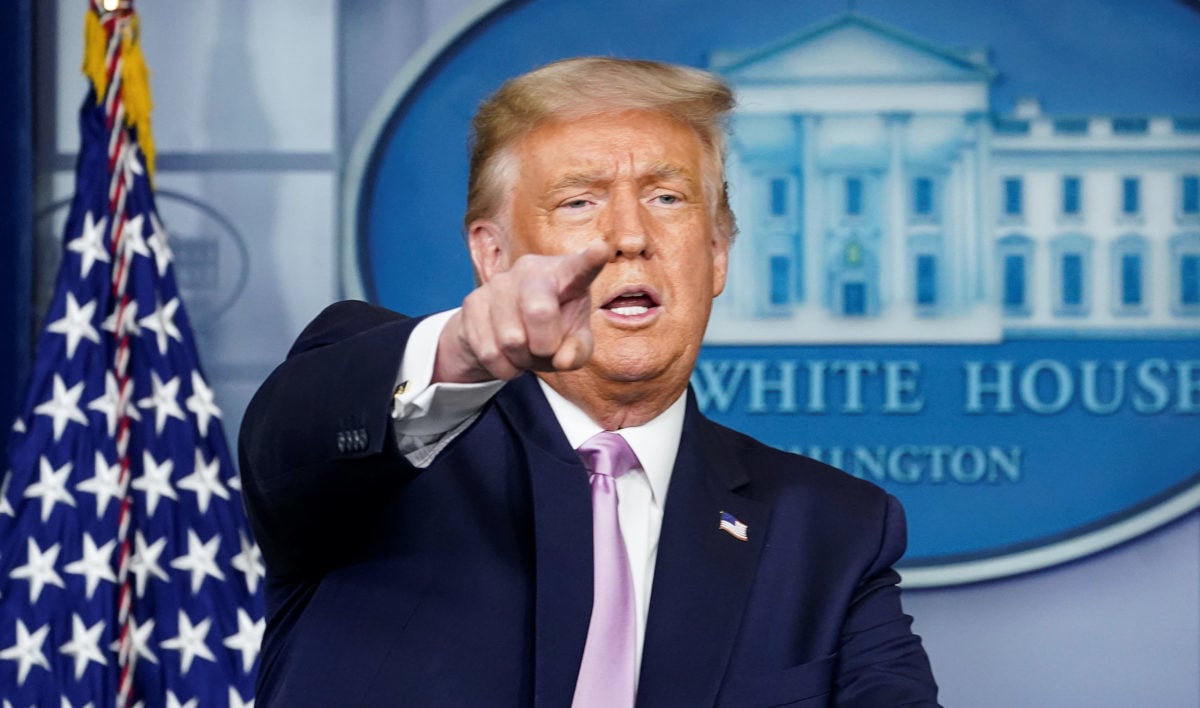 Critics of Donald Trump floated the idea that he’s been dog-whistling his support of QAnon. Trump supporters hold up Qs at his rallies. QAnon blogs decipher Donald Trump’s tweets and press statements to try and figure out what legislation he’s going to sign next.

It seems like QAnon members believe they’re a part of Donald Trump’s secret fan club. While Trump never mentioned them by name in a press conference, QAnon supporters pointed out that he retweeted their theories dozens of times.

Most famously, right after Jeffrey Epstein’s death, Trump automatically linked Clinton and Epstein in a tweet. A popular QAnon theory going back to #Pizzagate is that the Clinton Foundation is a cover for a sex trafficking ring. Whether Trump believes this or is trying to excite his voters is anyone’s guess. 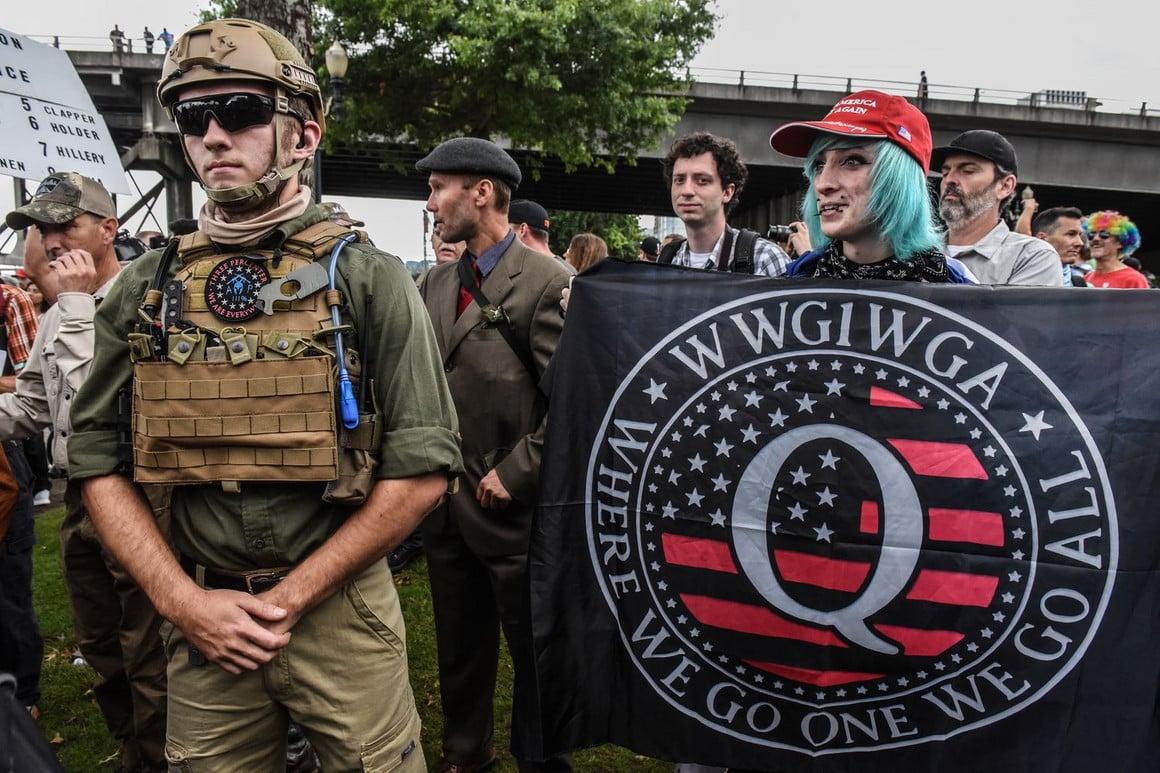 What does Trump’s mention of QAnon mean?

Donald Trump didn’t outright praise QAnon. Instead, he said that he knew they liked him, which “he appreciated,” but claimed to not know much about them, except they were gaining in popularity. Despite Trump apparently retweeting their conspiracies, how could he not know “that much about them?”

Trump went on to claim that anyone who “doesn’t like what’s going on in New York or Chicago” loves America. Apparently, he said this in reference to the protests in major cities, and QAnon’s opposition to them. Trump was notably vague in his wording.

Which begs the question: does Donald Trump’s mention of QAnon add legitimacy to them? In their eyes, probably. To Trump’s critics, it cements his alliance with conspiracy theorists and adds division and confusion to political discourse. 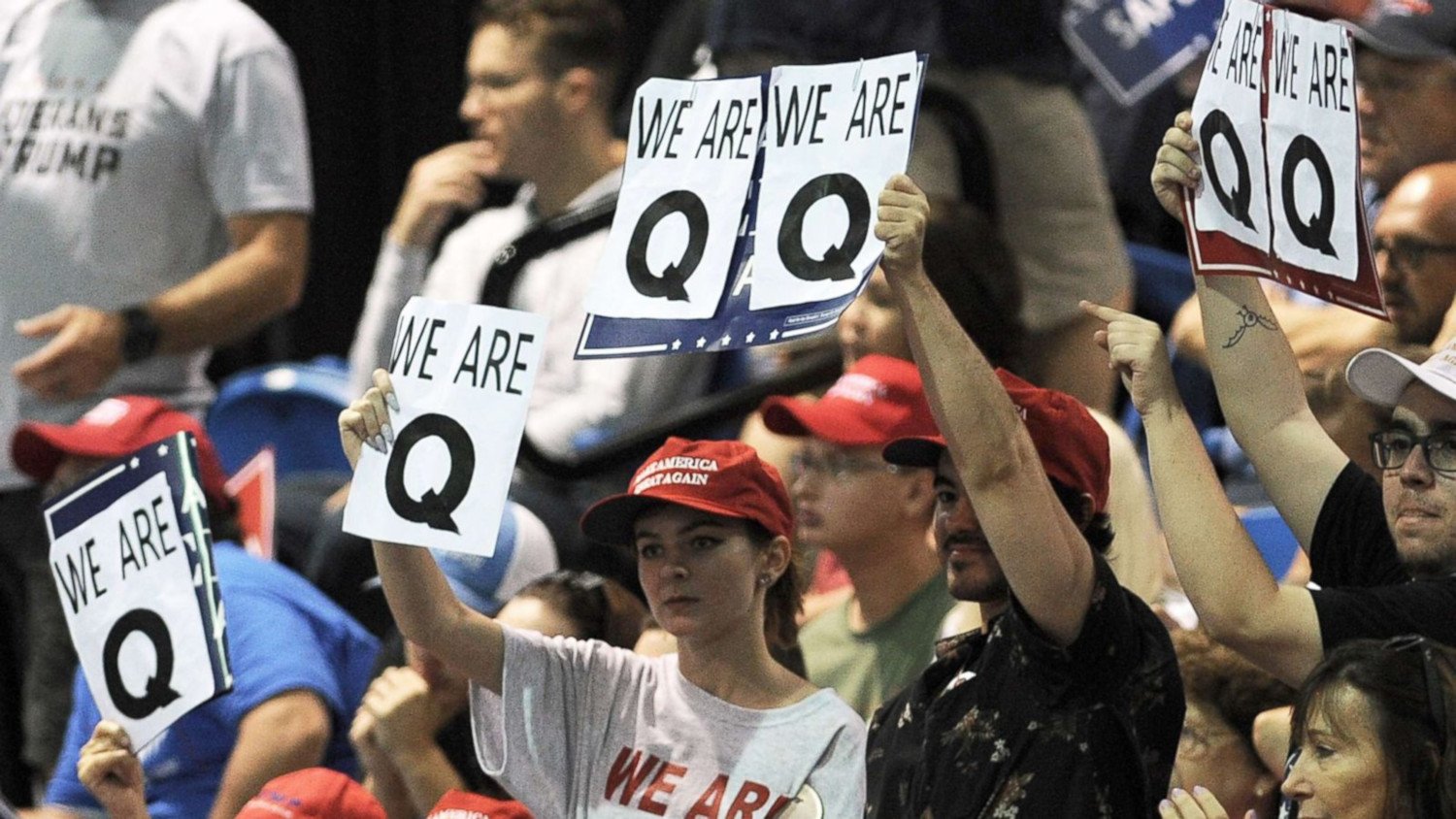 QAnon is coming under fire from social media platforms like Facebook and Twitter. These platforms are beginning to ban QAnon groups for violating their “fake news” policies. These bans will most likely embolden QAnon, who are beginning to take videotaped oaths to support the conspiracies.

Donald Trump’s vague support of QAnon could add to his war against the “liberal media” and give him leverage in his supporter’s eyes to curtail the internet . . . censorship or fact-checking, depending on your stance.