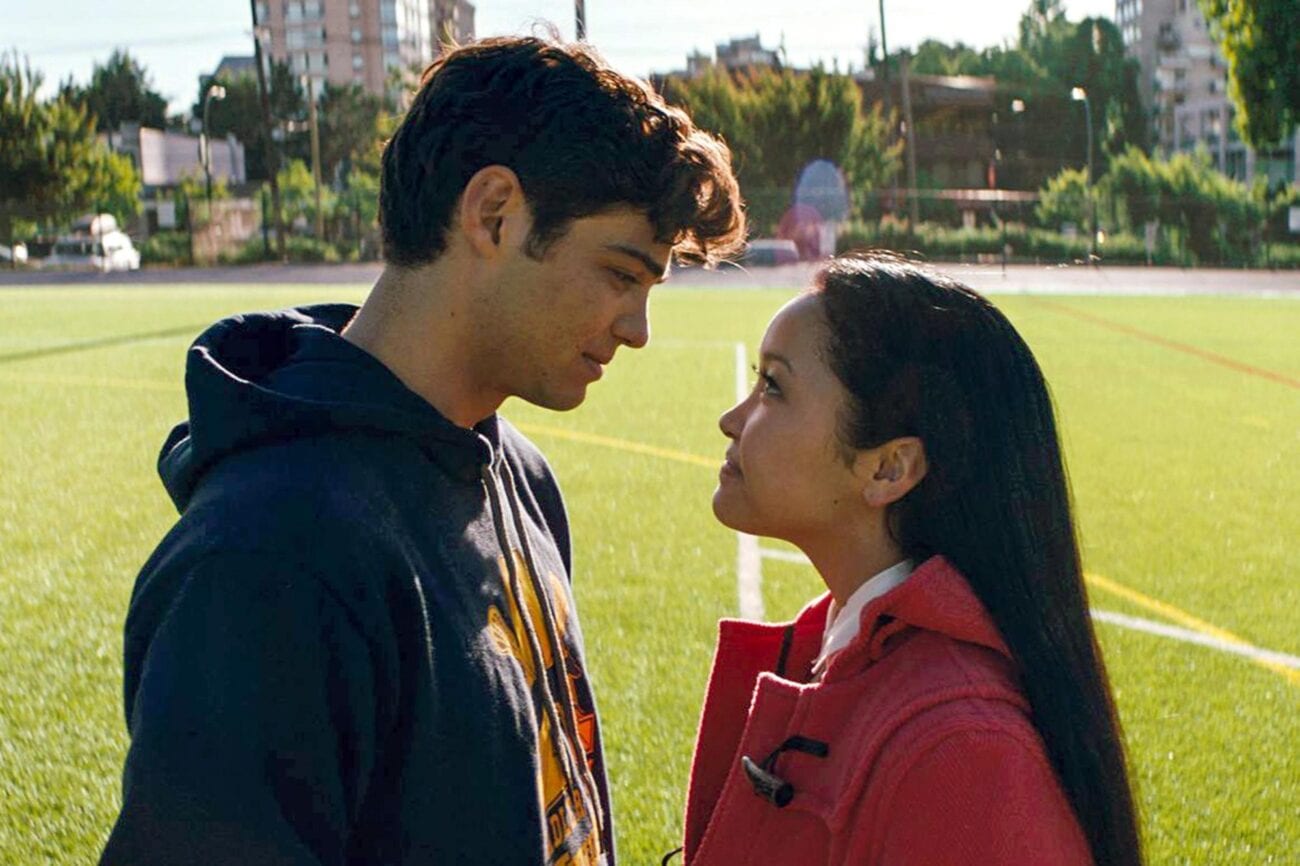 The days of Netflix & chill are in the past. Now, we Netflix curled up with our partner on the couch. Nothing like a little cuddle time spent with your partner binge watching the library of content Netflix has to offer. A wholesome love story playing on the screen while you play out your own story. Presenting our favorite movies about love for you to choose from.

This movie franchise, based on Jenny Han’s trilogy of books, has fast become a quintessential Netflix-era young-adult love story. To All The Boys I’ve Loved Before follows the lives of the Song Covey sisters: Margot, Lara Jean, and Kitty. The movie particularly focuses on Lara Jean, a reticent teen writing love letters she never sends to her crushes.

Things change when Kitty decides to spice up her sister’s life & mails out the love letter Lara Jean has written since childhood to her crushes — including her now gay best friend Lucas, their neighbour & Margot’s ex-boyfriend Josh, high school sweetheart Peter Kavinsky, and John Ambrose McClaren, a fellow she met at a Model UN event. Now, she’s answerable to them & gets caught up in her web of lies.

As you can imagine, the movie rides on a lot of cliches (like how pretending to be a couple actually makes Lara Jean and Peter fall in love), but the overall charm of all the three movies is in the costumes, the settings, the decor, the quaintness of the town, and the quirkiness of the characters.

It’s a tale as old as time with a modern twist: two people try to set another couple up, and eventually find out they’re falling for each other too. In this case, Harper & Charlie are overworked assistants to two fierce & successful bosses. Looking for a way to make their lives easier & their bosses’ lives fun, they plot to set them up.

They plan everything — from the meet-cute to planning dates and leaving notes & gifts — but when their bosses’ relationship gets bumpy, the misadventures begin. Starring Zoey Deutch, Glen Powell, Taye Diggs, and Lucy Liu, Set It Up is a delightful watch.

If you’re in the mood for some fewer clichés in a romcom, hit the play button on The Ugly Truth. Starring Katherine Heigl & Gerard Butler in the lead roles, it shows life in the show biz & the elusive nature of love. It revolves around Abby, who fails to find love despite being set up on dates by her assistant & lives a “cat-lady” life.

On the other hand, there’s Mike Chadway, a local TV sensation with his own scatalogical ideas of love that he shamelessly propagates on live television. On the surface, it’s a fairly clichéd plot: they begin by hating each other, then Mike helps Abby win over another guy, but eventually falls in love with her himself.

There are witty one-liners, sensational chemistry, and enough funny scenes to keep the momentum going. We feel like it’s a social responsibility here to mention that this isn’t a family movie, though. It’s also not the usual Heigl vibe — The Ugly Truth is crass, straightforward, and no-holds-barred.

No list of rom-coms is complete without a Jennifer Aniston flick thrown into the mix. Another Gerard Butler movie, The Bounty Hunter isn’t an obvious choice for an epic romcom, but the modernity of the story is what makes it very watchable.

It follows the story of Nicole & Milo, a divorced couple brought together yet again through fate. Milo is a former NYPD detective & now a bounty hunter. Nicole is an investigative reporter who is chasing a story of murder. Her informant goes missing right before her meeting & she has to skip her hearing (she was on bail for assaulting a police officer). As you may have guessed, Milo is the bounty hunter.

What follows is a fun, sometimes-thrilling, sometimes-flat concoction of flirtation & chase.

What’s your favorite movie about love? Is it on Netflix? If so, drop it in the comments so we can get to cuddling with our honeys!