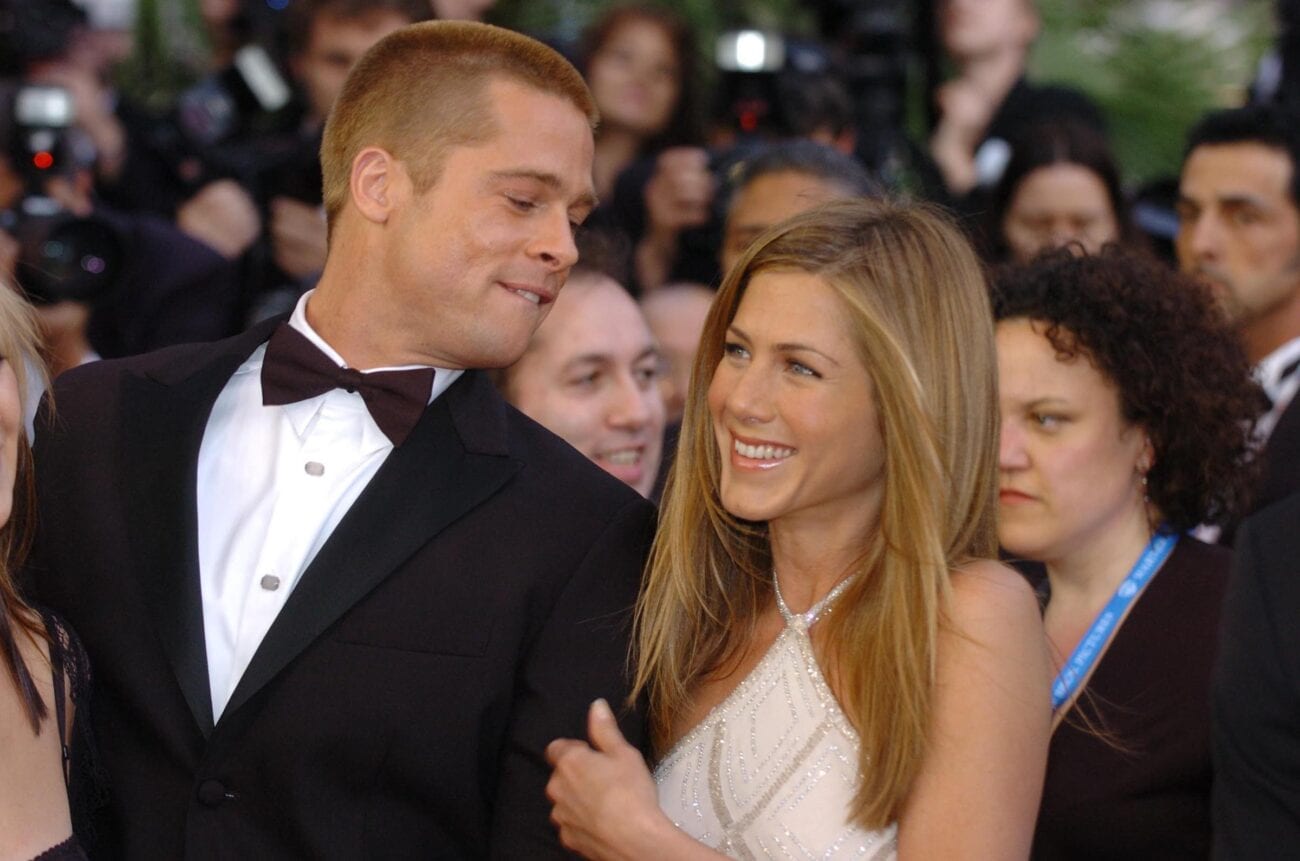 Jennifer Aniston and Brad Pitt: Did she confirm the pair are dating?

Will the saga of Brad Pitt and his tumultuous love affairs never end? According to recent news, not any time soon. Fans have been obsessed with Brad Pitt’s love life ever since the star broke out into the mainstream in the 90s. Now, over thirty years later in 2021, we’re still talking about this man and the women who tug at his heart strings. When things come to Brad Pitt & romance, there is always a story.

Brad Pitt lit up headlines a few weeks ago when news of his divorce came to surface, an ever-growing story which will determine the future of his family with Angelina Jolie. However, this week’s news on Brad Pitt doesn’t concern his estranged wife, but the love affair which dominated celeb gossip in the early 2000s. We’re talking, of course, about Brad Pitt & Jennifer Aniston. 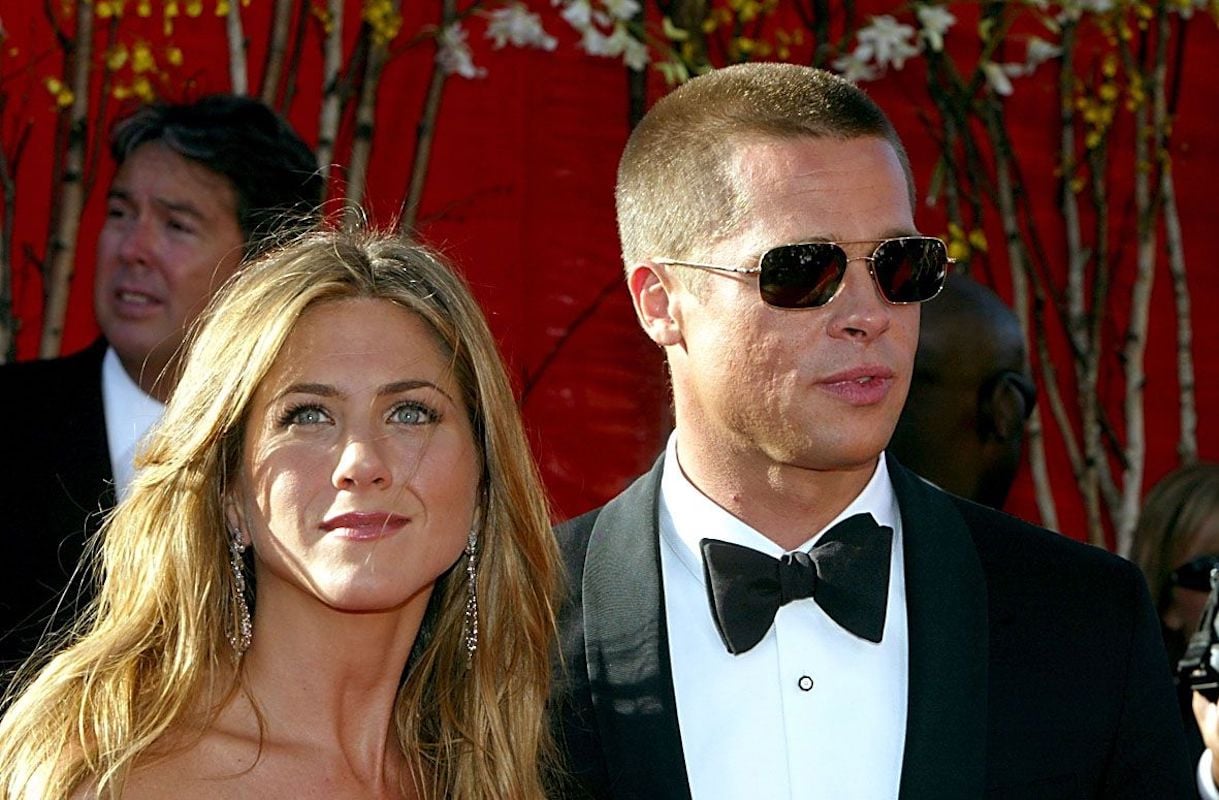 Brad Pitt & Jennifer Aniston began dating after they met back in 1998, and the two fell in love quickly. By 2000, the two were a married duo and the envy of all other so-called power couples in Hollywood. The two were married for five years until 2005, and fans were devastated (probably more than the couple) when Brad & Jenn called it quits.

Ever since Brad Pitt & Jennifer Aniston split in the mid 2000s, fans have been following the two with keen eyes. In fact, the public has been digging for any clues pointing to a future for the two, and no meet up between the two exes was met unphotographed or left unspoken about. 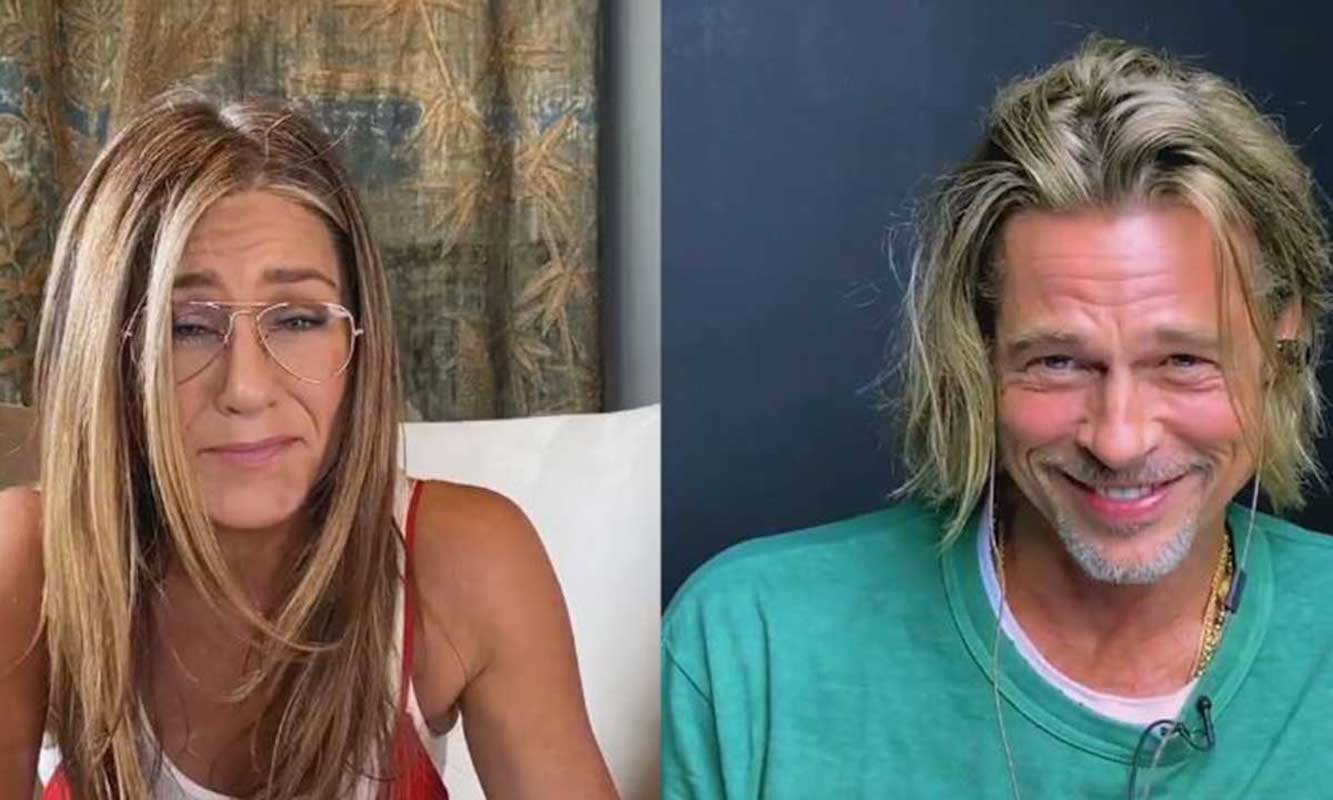 People reported the latest Brad Pitt & Jennifer Aniston news ripping up headlines this week, but first gave us a walk down memory lane for the couple post-breakup. Many of us remember the Fast Times at Ridgemont High remote table reading from 2020, when Pitt & Aniston read opposite one another (and the many articles the video produced).

Furthermore, Brad & Jenn freaks no doubt remember Brad Pitt attended Aniston’s fiftieth birthday back in 2019. Since then, the latest big Brad & Jenn moment happened at the Screen Actors Guild Awards in 2020. At the event, the two were seen saying hello and sharing a “warm moment” (whatever that means) together in between ceremonies.

All of these moments present fans with the same question – are Brad & Jenn dating again? Will they ever be dating again? Will we ever taste the sweet satisfaction of Hollywood’s favorite 2000s couple together again at last? Here’s the latest tease. 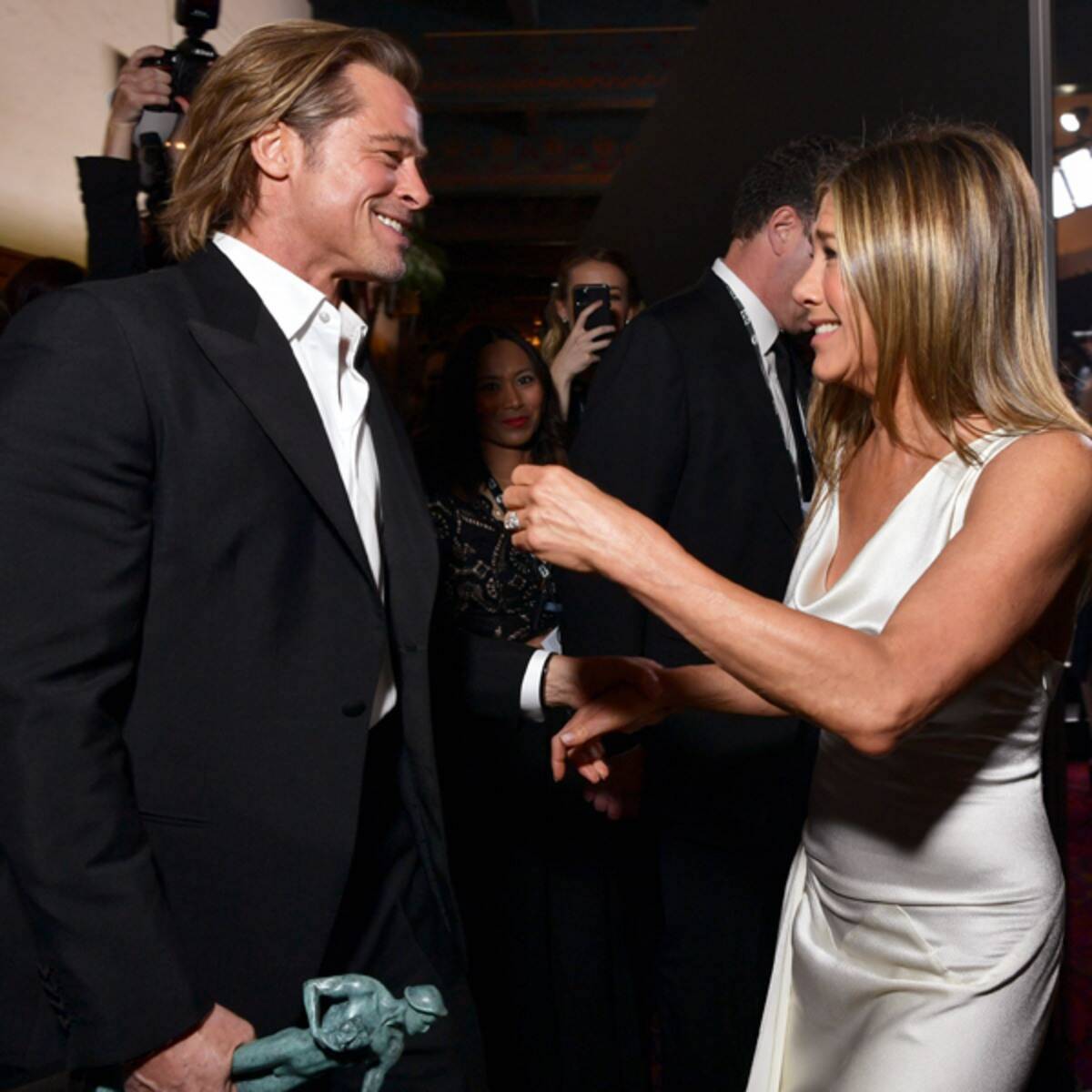 The latest Jennifer Aniston & Brad Pitt tea comes from Aniston’s appearance on The Howard Stern Show with her Friends castmates. Aniston, Lisa Kudrow & Courtney Cox were promoting the recent Friends reunion, but Howard soon pried into Aniston’s personal life as only Howard can do.

In discussing her reading with Brad Pitt for the Fast Times table read, she told Stern there was “no oddness at all, except for everyone that probably watched it and was wanting there to be, or assumed there to be”. Jenn seems to be well aware of how closely her interactions with ex-flame Pitt are monitored. 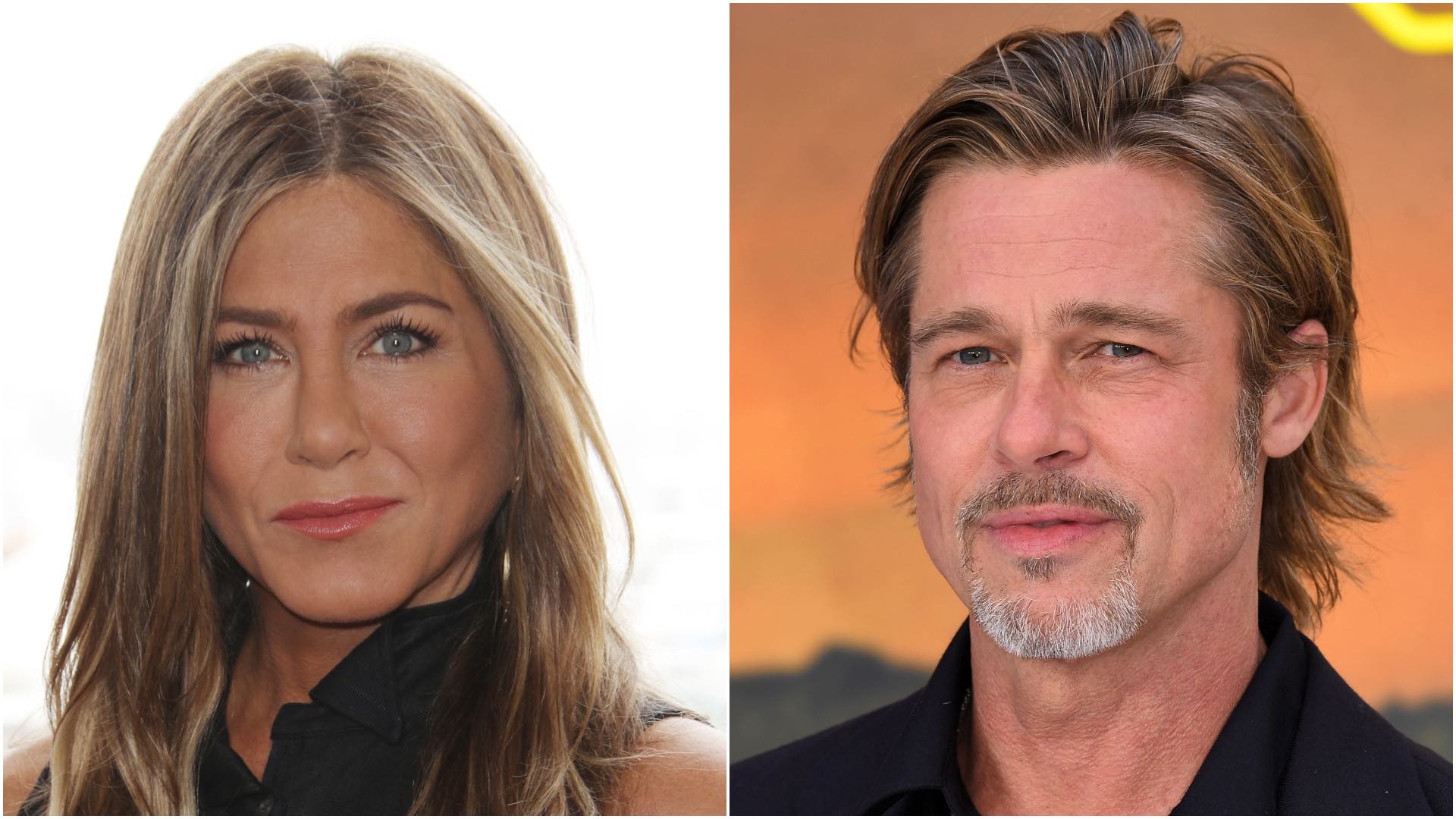 Well, we’re sorry to break the news folks, but Brad Pitt & Jennifer Aniston are just pals, and we have no info leading us to believe the two are dating again. However, rest assured any time the two are in a room together again, you’ll know about it.

Are you on team Jennifer or more of a Brangelina person? Sound off in the comments below!