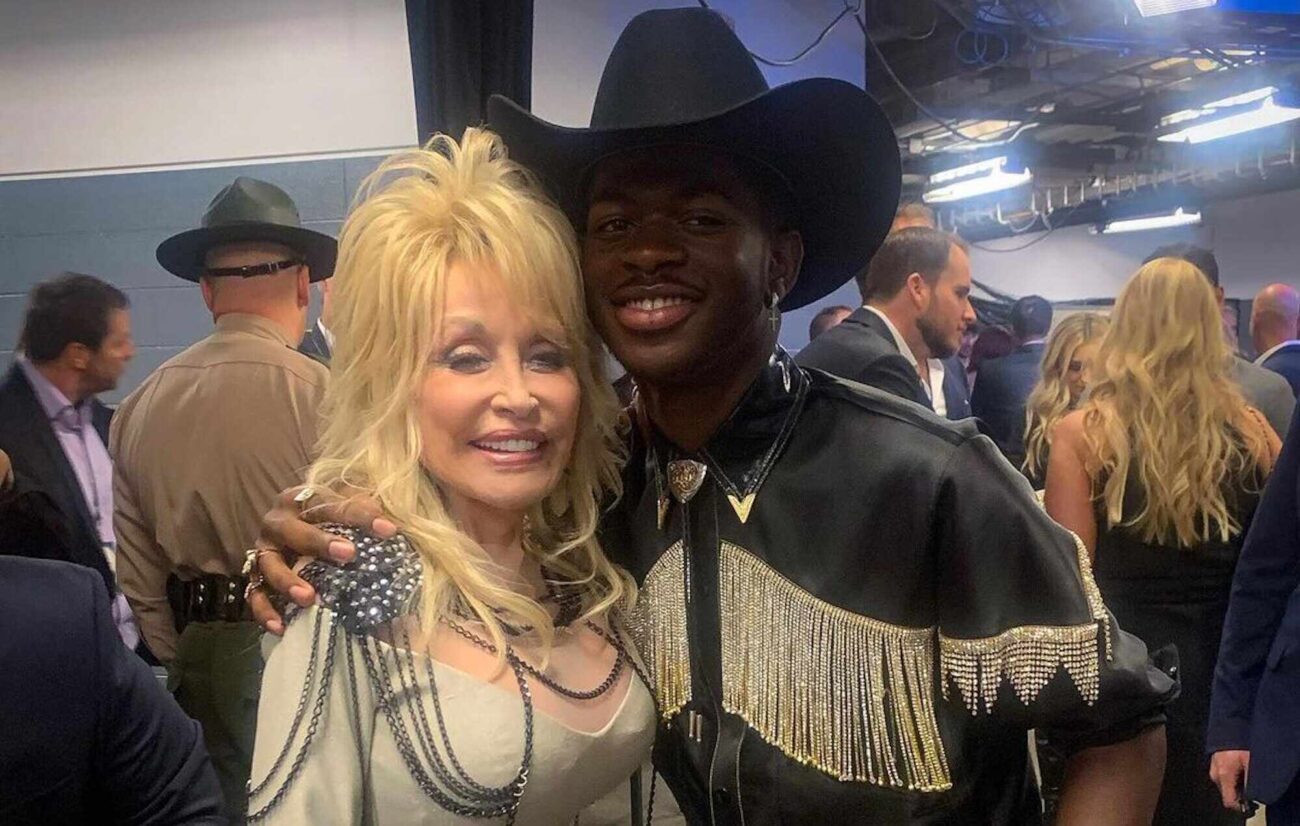 Is country legend Dolly Parton impressed or disappointed with the recent cover of her hit song “Jolene” by gay icon Lil Nas X? Just on Wednesday, the country singer announced on her social media that she came across Lil Nas X’s recent video where he performed her iconic hit song “Jolene” for BBC Radio One’s Live Lounge, and she said that she was absolutely living for it. Let’s take a look at what the star had to say here.

Lil Nas X is absolutely killing it in the music world right now, acting as an outspoken, powerful icon in the gay community while also just making some catchy hit singles that always top the charts. His debut album named after his real name MONTERO came out September 17th, 2021, and includes features from some of the biggest names in music such as Miley Cyrus, Doja Cat, Jack Harlow, Elton John, and Megan Thee Stallion.

Whether you’re a fan of his music or not, you have to admit that Lil Nas X is the true gay icon of our generation when it comes to the music world. With his hilarious sense of humor, his constant trolling with his haters, and his iconic music performances that always has the internet talking, Lil Nas X has slowly but surely built up a reputable name for himself in pop music over the years ever since his hit song “Old Town Road”.

While his debut album MONTERO was met with mostly positive reviews from critics and fans alike, and included hit singles that topped the charts such as “Montero (Call Me by Your Name)” and “Industry Baby”, Lil Nas X proved himself to be more of an absolute star by releasing a video of him singing the iconic country hit “Jolene” by Dolly Parton on September 21st on BBC Radio One’s Live Lounge, and we were so here for it.

i now have a song with billy ray cyrus and miley cyrus, i will not rest until i’ve collected every cyrus stone to harness the ultimate power.

Dolly Parton is living for it

So how is Dolly Parton feeling about gay icon Lil Nas X covering her legendary song? Well, taking on the famous “Jolene” single may be a tough act to follow, but it seems like the country superstar legend was quite pleased after seeing the video. Great job, Lil Nas X! You got the true stamp of approval from the queen herself. So what exactly did Dolly Parton say to her fans to show that she was loving the pop star’s cover of “Jolene”?

On Instagram, Dolly Parton wrote to the world that she “Was so excited when someone told me that Lil Nas X had done my song “Jolene.” I had to find it and listen to it immediately. And it’s really, really good. Of course, I love him anyway. I was surprised and I’m honored and flattered. I hope he does good for both of us. Thank you @lilnasx 🦋”. The country star even shared a cute pic of herself with Lil Nas X. We love to see it!

I was so excited when someone told me that Lil Nas X had done my song #Jolene. I had to find it and listen to it immediately…and it's really good. Of course, I love him anyway. I was surprised and I'm honored and flattered. I hope he does good for both of us. Thank you @LilNasX https://t.co/w7vJWGypOp

In the cute pic of the two stars, Lil Nas X and Dolly Parton were both decked out in country gear while backstage at an event. Before the pop star dropped the cover of the iconic hit song “Jolene”, Lil Nas X has already made hints that he was going to be covering her when he tweeted out: “i now have a song with billy ray cyrus and miley cyrus, i will not rest until i’ve collected every cyrus stone to harness the ultimate power”.

Of course, Dolly Parton is Miley Cyrus’s godmother, so it seems like Lil Nas X has truly collected yet another Cyrus stone. Does this mean collaborations with Miley Cyrus’s other siblings will be coming soon? We sure hope so.