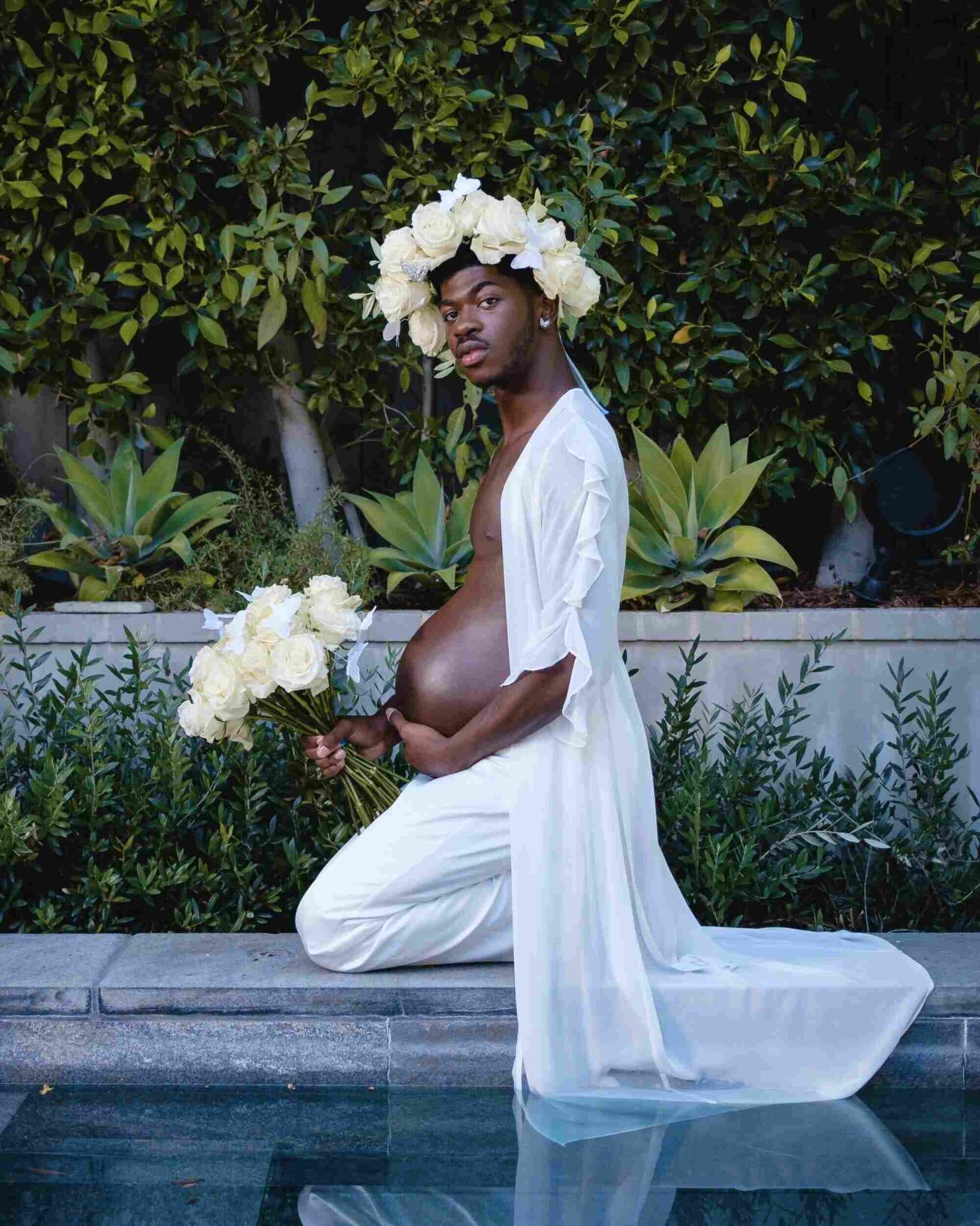 If there’s one thing hip-hop artist Lil Nas X is going to do, we can always count on him to break the internet. After all, the star has caused tons of controversy online throughout the years all the way from making the internet go crazy through his hit songs all the way to his iconic performances. The latest posts by Lil Nas X that has people going crazy on social media are the promotion pics he’s uploading to his IG, and we’re so here for them.

For the most part, the internet loves all things Lil Nas X, but while we may love all his posts and jokes on Twitter and IG, it can’t change the fact that there will always be some haters here and there. After all, Lil Nas X has made it clear he intends to jump outside of the box, and he has no plans to be anything other than himself no matter what anyone may say about him. Let’s take a look at the latest posts that have everyone talking here.

SURPRISE! I can’t believe i’m finally announcing this. My little bundle of joy “MONTERO” is due September 17, 2021 🦋💕🥲 pic.twitter.com/dry8lAhpPr

Posts from Lil Nas X always end up going viral, and the latest ones on IG are driving the world crazy, with some responses being super positive while others are unfortunately angry & bitter for no rational reason at all. After all, the only thing the pop artist posted was a photo of him with a “baby bump” in celebration of his debut album announcement. While not everyone may agree, we at least are absolutely here for it!

On September 2nd, Lil Nas X shared with his IG fans that his self-titled debut album Montero will be coming out on September 17th. The pop singer wore a gorgeous, white robe and a cream rose flower crown on his head. He even held a bouquet of matching cream roses and posed, looking as gorgeous as ever. In the photos, the star had his hand on his “baby bump”, which represented the upcoming Montero album.

In the caption, he shared: “SURPRISE!I can’t believe i’m finally announcing this. My little bundle of joy ‘MONTERO’ is due September 17, 2021”. Yes, this may be an incredibly over-the-top way for a pop star to announce his new release, but we can always count on Lil Nas X to be extra and make us laugh. While we’re loving it, unfortunately, some haters are just going to hate, and not everyone agrees with us.

what y’all bringing to the baby shower? pic.twitter.com/KYzaR3EIxw

Lil Nas X is continuing to make us laugh and keeping up with the pregnancy joke on Twitter, as he’s since made a few jokes like “these contractions are killing me” on Twitter and “not this baby kicking me like this”. He even added in an edited picture of a Montero ultrasound. Just look at how wonderful these pics are. The pregnancy shoot really has his fans even more excited for the Montero album to drop on September 17th.

Of course, as we mentioned before, haters are gonna hate no matter what comes out of this pop star’s mouth, but Lil Nas X continues to prove that he won’t let those folks get to his character. One person wrote: “I really tired of lil nas .. his ugly ass [is too] much”, to which Lil Nas X trolled: “you really on here calling a young mother to be ugly?” He then added: “n****s be like ‘you desperate for attention’ then proceed to give it to me”.

Lil Nas X shared that he came up with this idea with the help of his stylist, who referred to his album as “your baby” and joked to him that he should do a pregnancy shoot. He ended up taking her words seriously, and now we have these amazing photos all thanks to his stylist! We’re absolutely obsessed with this album announcement, and now we could not be any more excited to stream the new Montero project on September 17th.