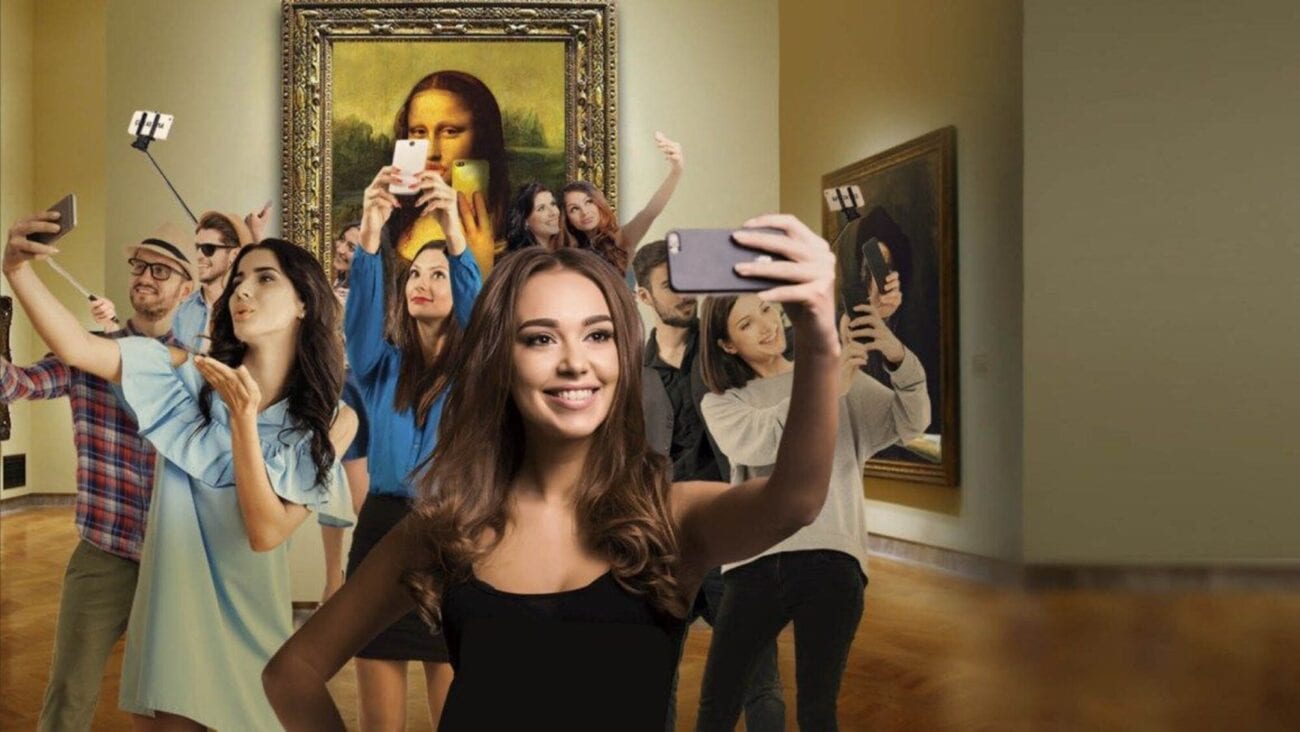 From National Margarita Day to National Siblings Day, it seems like there’s a national day for everything in 2021. Today proved no differently as National Selfie Day is going viral on the web, and people around the globe take to social media to show off their big dumb faces to anyone who dares to look. Sorry – we don’t mean to sound bitter, but how long has National Selfie Day even been around?

According to Nationalselfieday.net, National Selfie Day has been around since 2014, and we can only imagine the “holiday” has been historically celebrated by posting the best selfie you can on June 21st each year. However, the stakes are getting higher, and the celebrations are more severe with creations like the Museum of Selfies in Los Angeles, California. 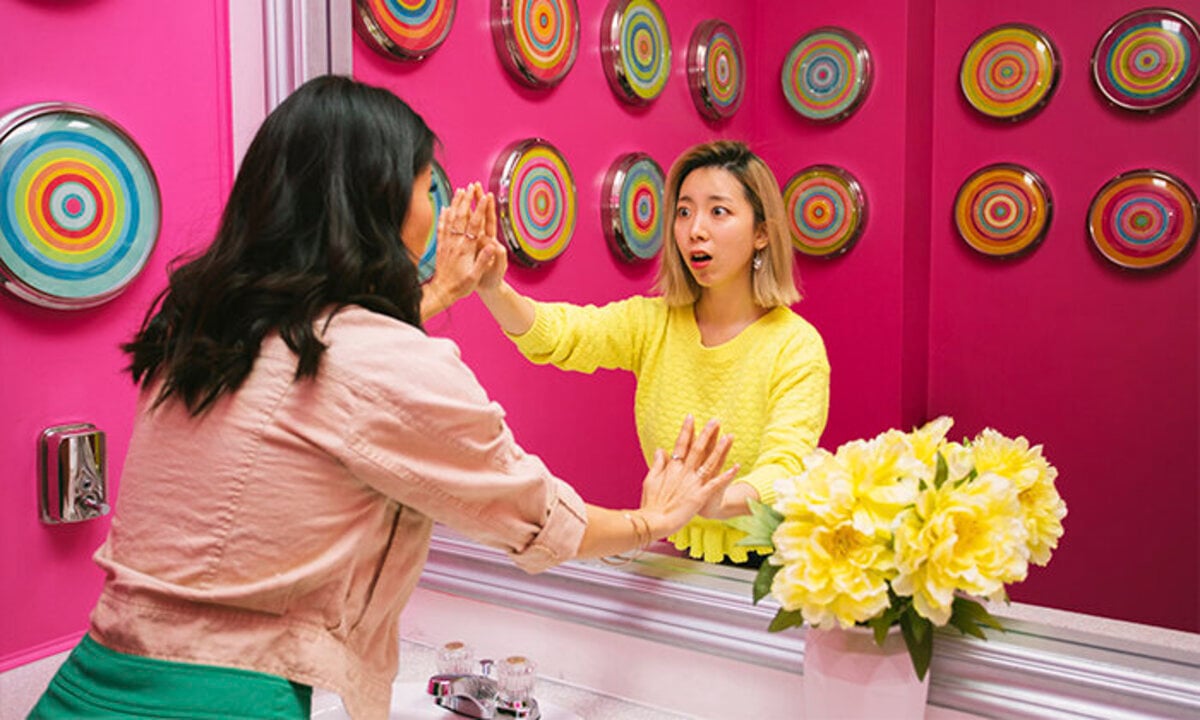 Millennials remember a time when selfies were less socially acceptable. Before the viral Kris Jenner meme (Kim stop taking pictures of yourself your sister’s going to jail) took the web by storm, selfies were acts of fierce narcissism, and nothing to be proud of.

And now, we can’t say they’re any different, but the world has definitely come to accept the selfie as a part of life – nearly all phones come with a front-facing camera, selfie sticks have shown themselves to be more than a passing fad, and social media pages often exist merely to showcase one’s ugly mug in hopes of a shower of hearts.

Your mom knows what selfies are, and maybe even your grandma too. So it’s no surprise there is already a Museum of Selfies up & running, and in the land where the flashing bulbs of the paparazzi were born: Los Angeles. 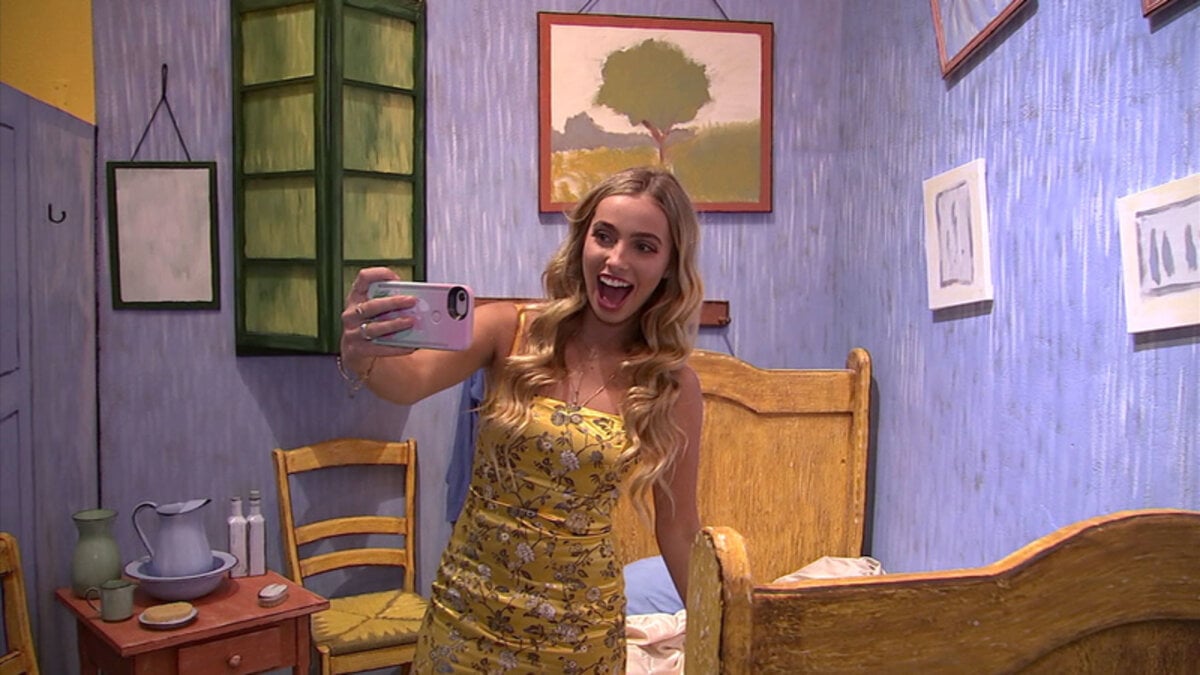 Pop up to permanent

The Los Angeles Times reported on the Museum of Selfies shortly after its opening in 2018.

The museum started off as a pop up in Glendale before going permanent in Hollywood, and co-creator of the museum Tommy Honton is quoted saying, “We realized that tourists have an innate drive to go looking for an L.A. experience . . . this is what they have in mind, something bright, creative, weird”. 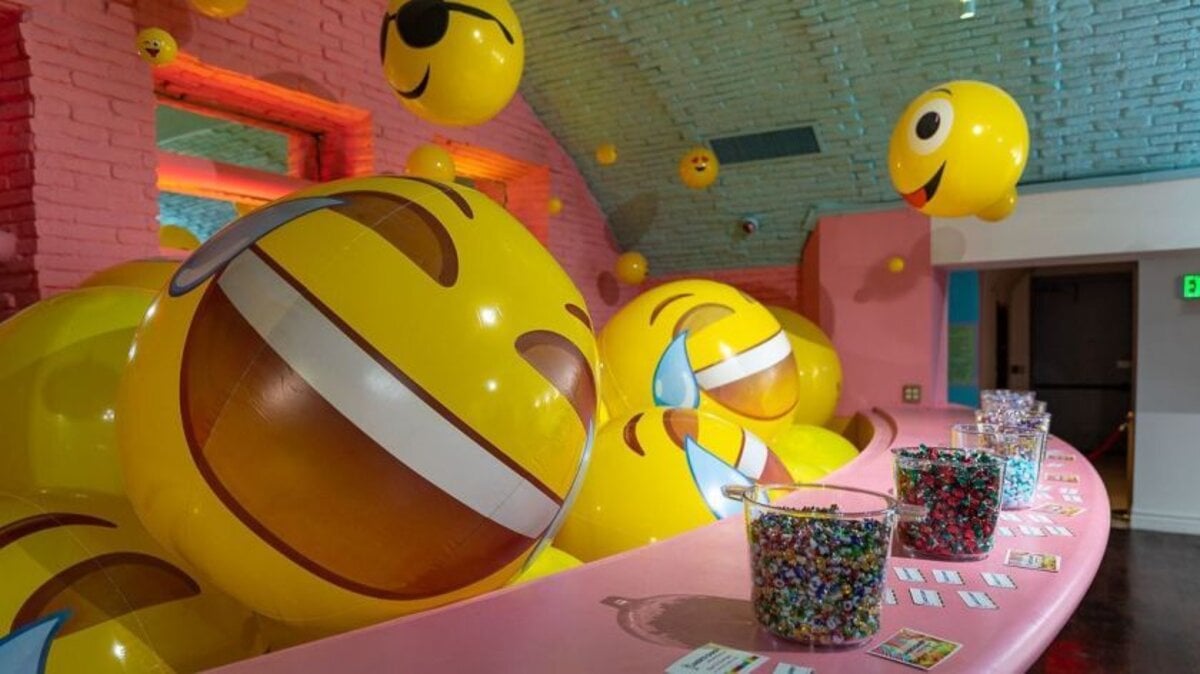 The Museum of Selfies website looks like a montage from Black Mirror, with a video showing young preteen zoomers giving performative smiles into their own cameras and rolling around in installations championing wealth, with one youngster shown throwing fake coins up in the air from a bathtub filled with them.

Any parent trying to point their kid away from the career ambition of influencer should steer clear of the Disney World of selfies, for sure. The Museum of Selfies Instagram, however, paints a more manicured & cropped picture of the experience, in the true spirit of the selfie. 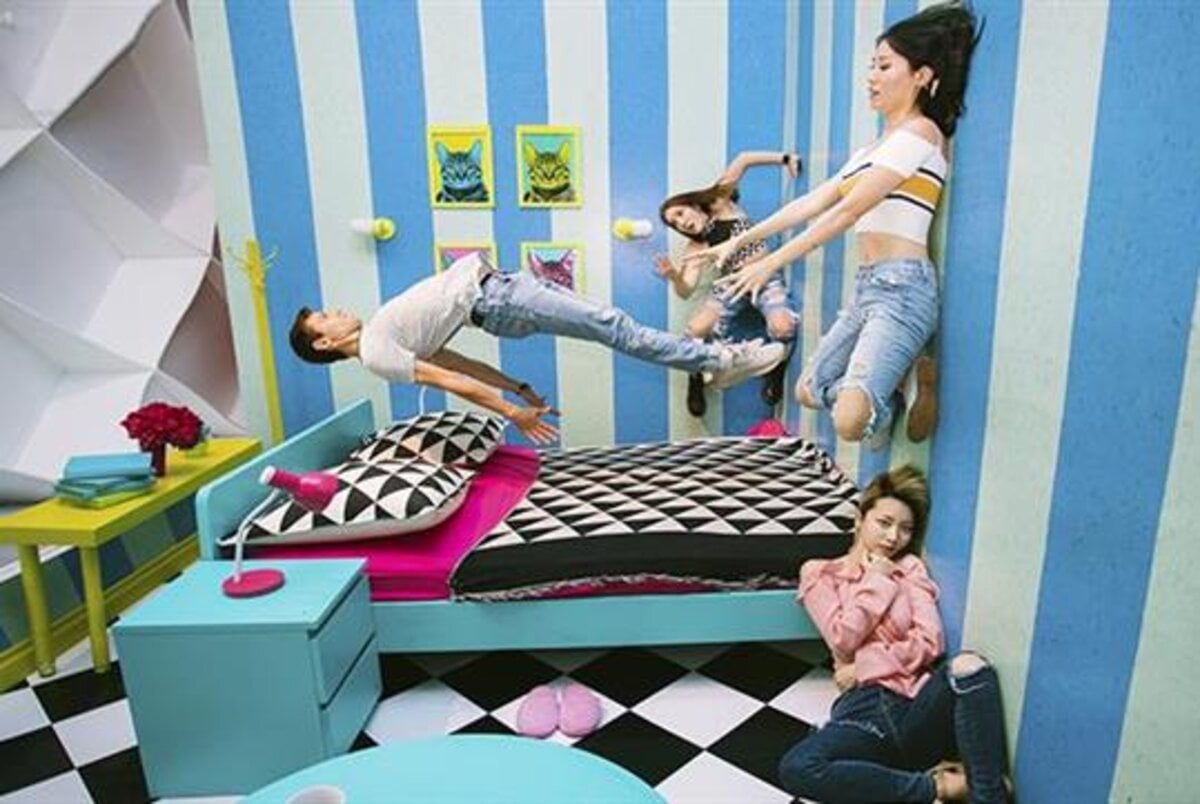 The Museum of Selfies Instagram page gives people a better idea of what their selfies will look like after leaving the quintessential self-shot paradise.

The page features several shots taken in the museum’s installations, from one which appears to be a room filled with plastic emoji balls one can lay in, to a throne made entirely out of selfie sticks a la GoT.

Other installations included on the Museum of Selfies Instagram include a 50s themed American diner, a double mirror illusion room, and even one of those fake private jet set-ups the clout-chasing influencer wannabees of the world have been using which you may have heard about. The Museum of Selfies appears to have everything an aspiring influencer might need to get their start, and followers flowing. 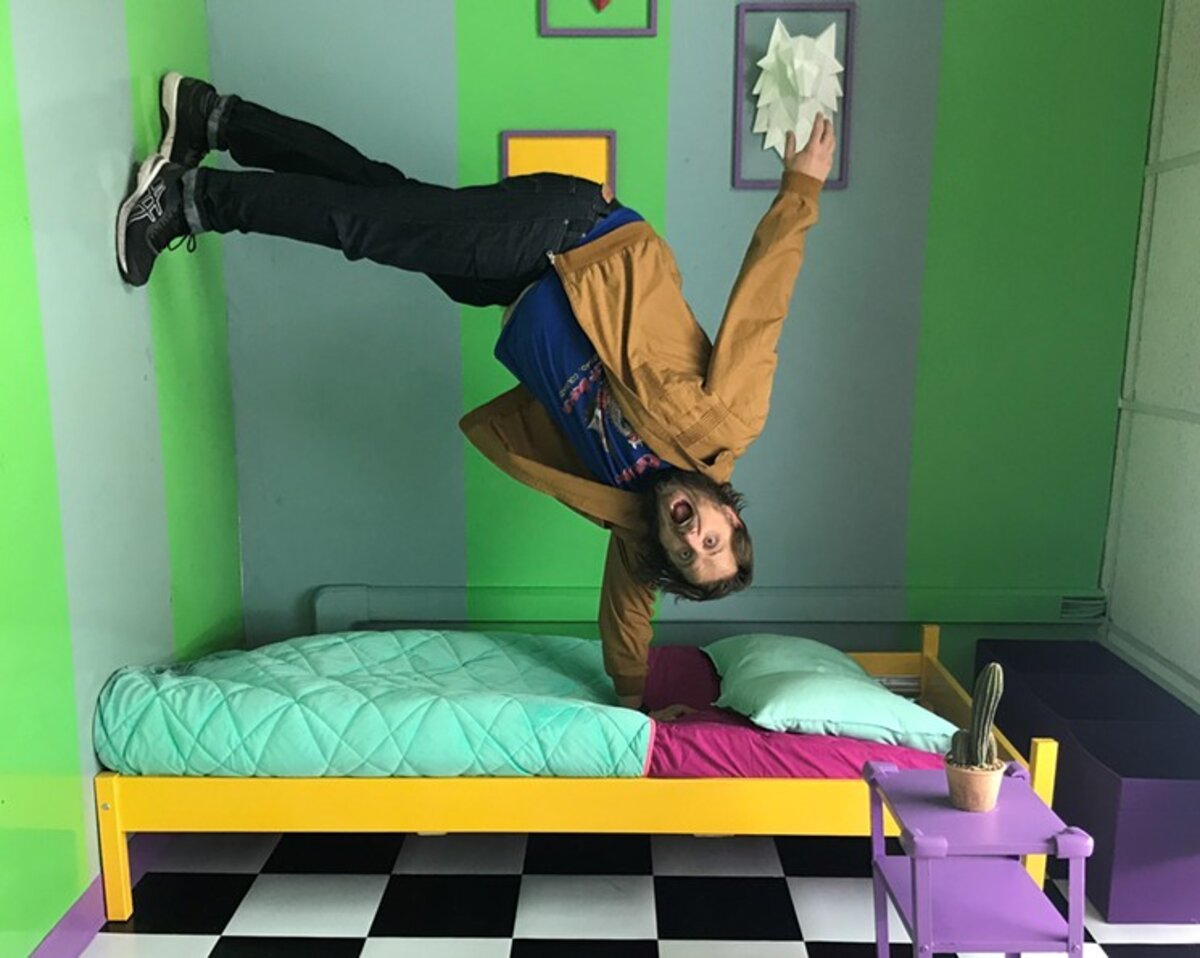 Want to check out the Museum of Selfies? If you’re over the age of twelve, you’ll be shelling out twenty-five bucks to take pics inside the establishment. Kids get in for twenty. You won’t have trouble finding the spot either – the Museum of Selfies is right in the heart of Hollywood Blvd.

Would you ever visit the Museum of Selfies in L.A.? Sound off in the comments below!