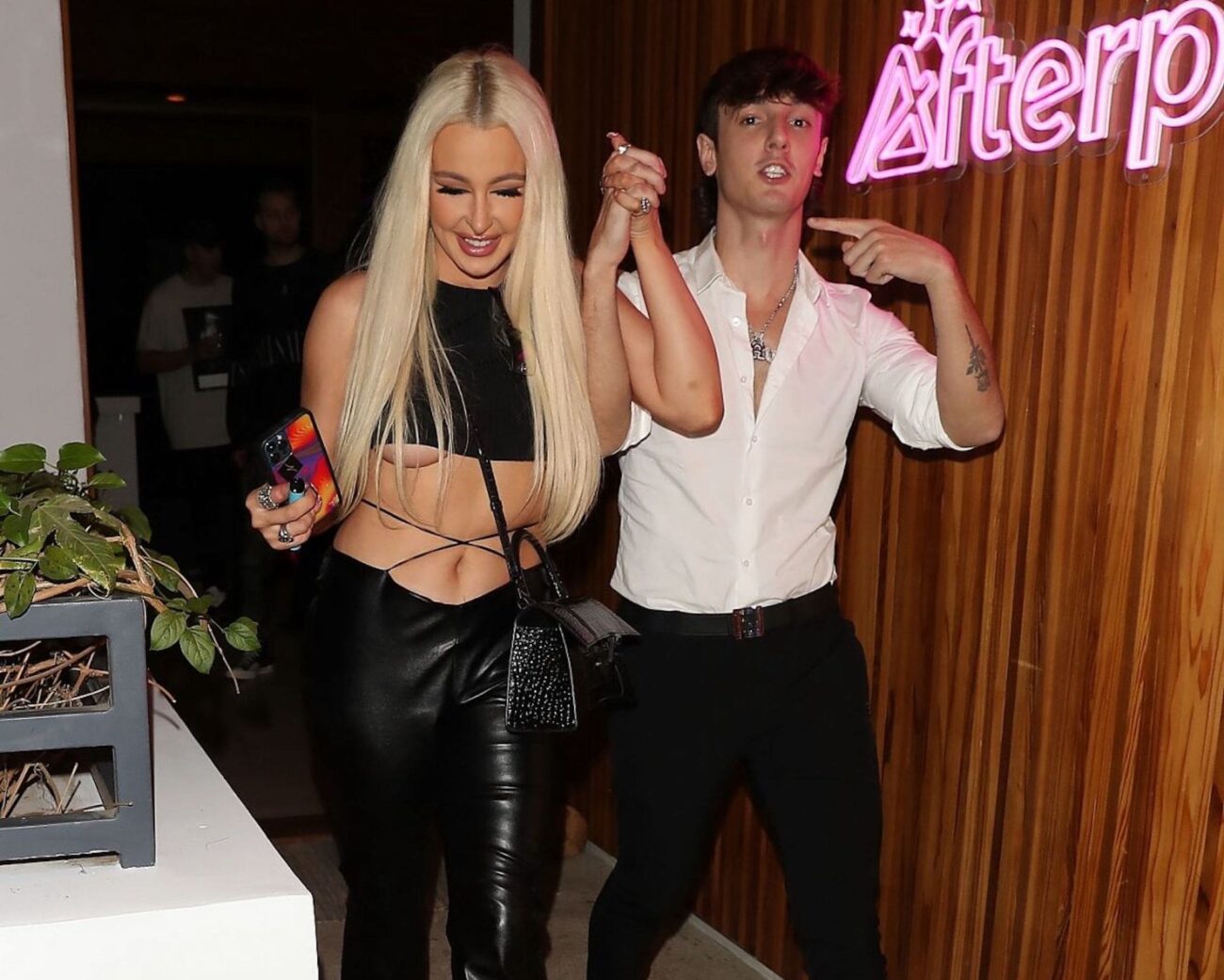 Is it really true that Tana Mongeau & Bryce Hall are dating? These creators have built up quite a reputation over the years—what could they do with their powers combined? Or will their matching long list of controversies plummet the duo’s fame?

From diss tracks to fraudulent meetups, the two stars definitely know how to stir the pot. Don’t worry, we’re here with the latest scoop on these two influencers. Read on to learn more about them, their past, and whether or not this controversial couple is actually dating. 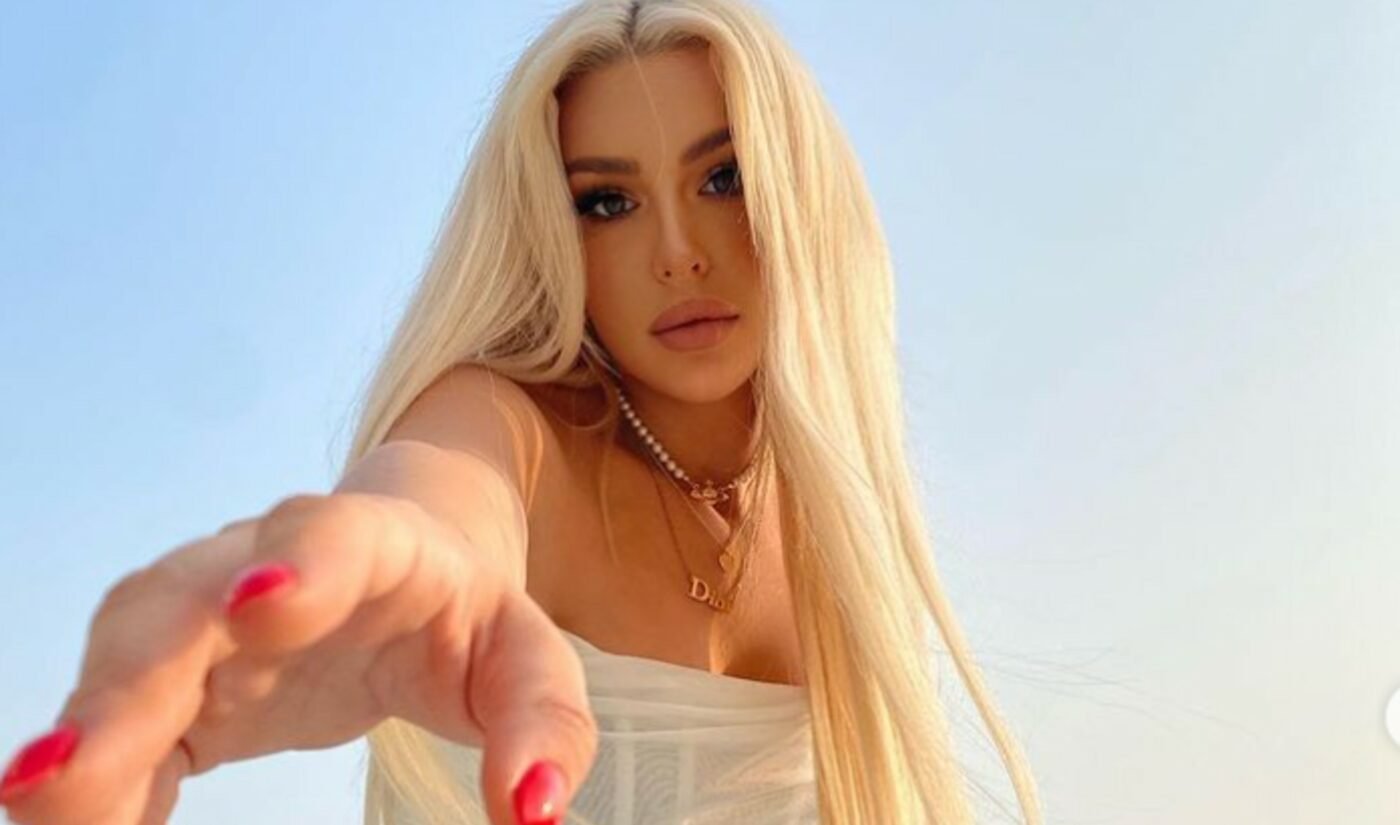 Who is Tana Mongeau?

Tana Marie Mongeau is an American YouTuber, famous for her “storytime” styled videos.

She’s even ventured into singing. In 2017, Mongeau released her first single, “Hefner”, in collaboration with Bella Thorne. She also worked with Dr. Woke & Lil Phag on a song called “Deadahh” that came out later that year. And in 2018, the song “W” was released, along with “Fuck Up”.

However, her most controversial move was the now-infamous “TanaCon”. Intended to be a VidCon alternative after Mongeau was shafted from that convention, she held this convention in June of 2018. It was supposed to feature a variety of creators, from Shane Dawson to Casey Neistat, but on the day TanaCon began, it was also cancelled. Those who were there demanded refunds of the event. 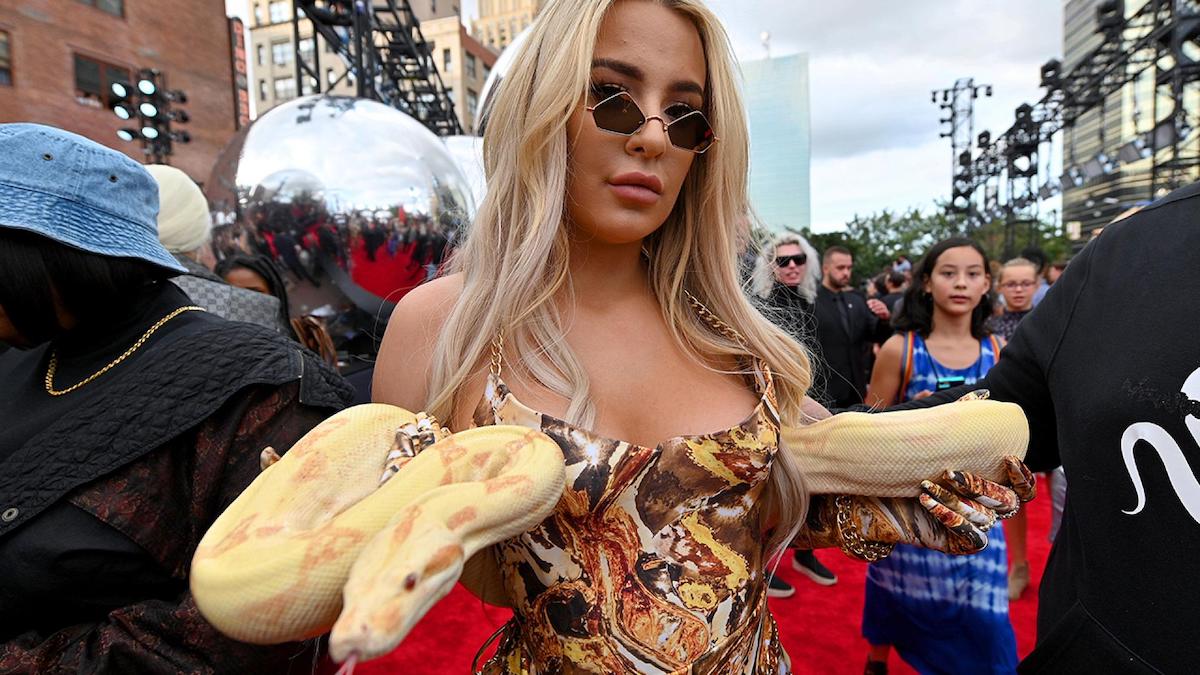 Many complained about TanaCon—it was held in a cramped space at the Anaheim Marriott Suites, and there was a lack of water & food for attendees. As the event was cancelled the day it came to fruition, people wasted their time & money going to this VidCon alternative. Shane Dawson, who eventually released a three-part documentary on TanaCon, said going there was the “worst decision he ever made.”

So, yeah, Mongeau is not a well-liked figure, to say the least. The impact of TanaCon has been vast, and though she’s still popular, she isn’t nearly as well-loved as she used to be. That’s Tana Mongeau. What about Bryce Hall? Read on to learn more about him. 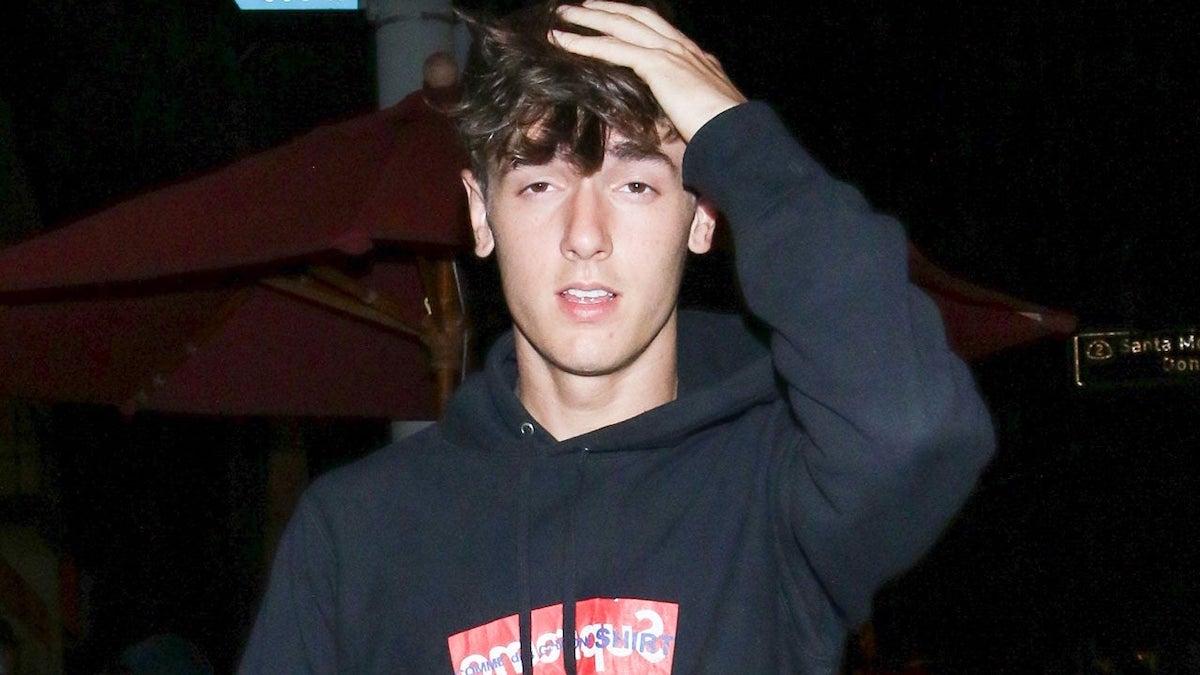 Who is Bryce Hall?

Bryce Michael Hall is an American video creator, known for his TikTok & YouTube content. He started out on YouNow of all things and ventured into livestreaming when he was just a teenager. Hall got on Vine & Musical.ly, and gained a steady following over the years. Currently, he’s part of the Sway House (an assembly of content creators) in LA.

Though make no mistake—he’s had his fair share of controversies, too. In 2020, Hall accused a member of the Hype House, Thomas Petrou, of stealing money from others in the Hype group. Hall has an ongoing feud with the Hype House—he’s written diss tracks about them, and even accused Hype House members of adultery.

Hall has also angered the LGBT community. In mid-2020, he tweeted the following: “What is ‘straight’ TikTok and why does everyone hate it. We are on the cusp of ending homophobia and now we’re introducing heterophobia? What the fuck is 2020.” He was accused of mocking the struggles of queer people, and as a result, the star deleted the tweets minutes after it was posted. He also issued an apology. 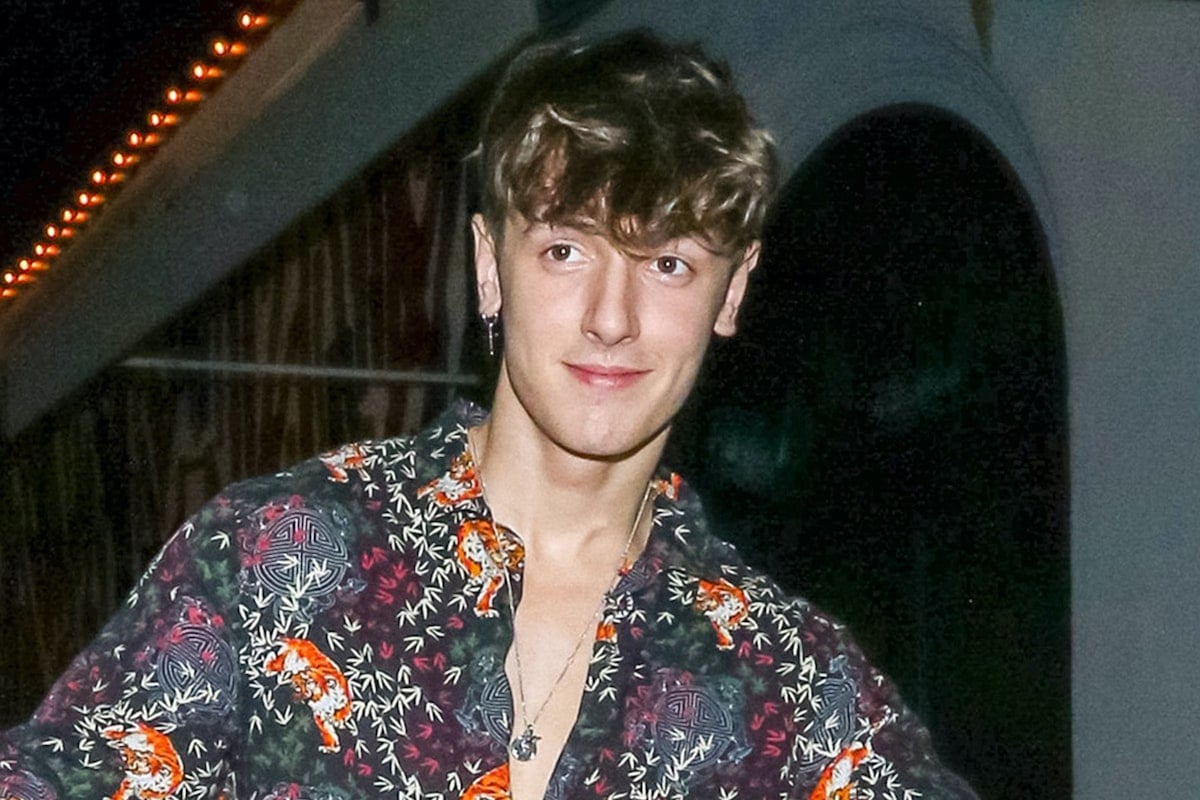 It’s safe to say that Bryce Hall is a bit controversial. Is he with Tana Mongeau now? Let’s find out. 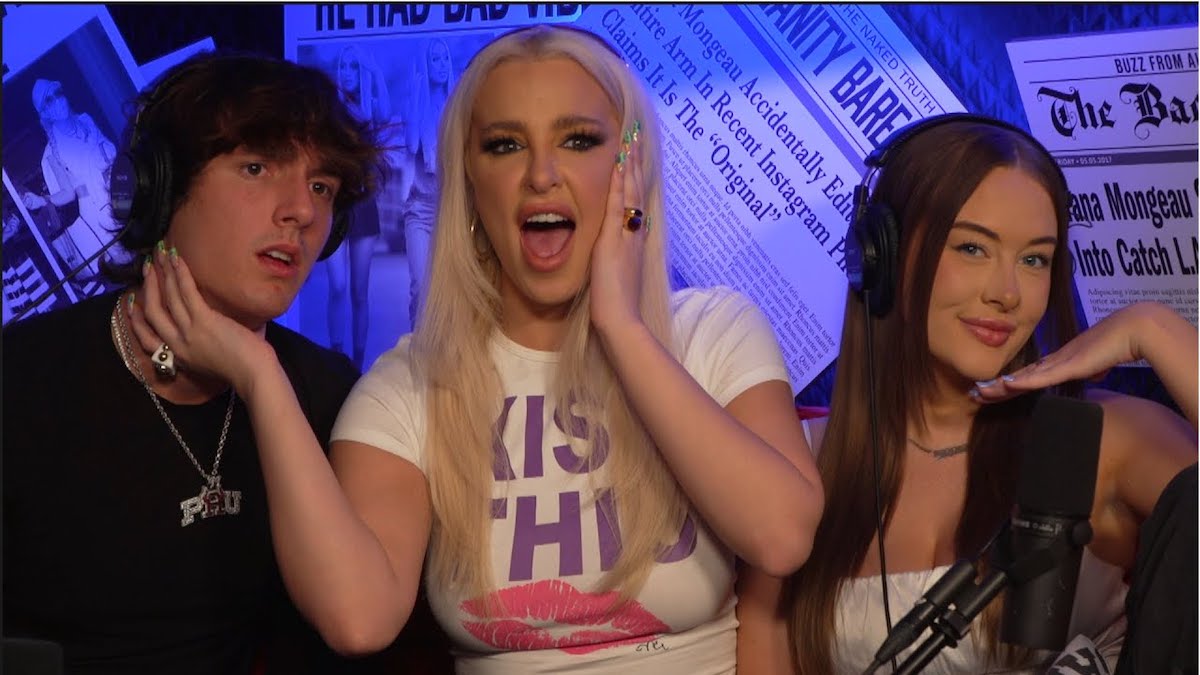 Are the two dating?

On November 11th, 2021, Bryce Hall released a video on his channel called, “WE HAVE SOMETHING TO TELL YOU…”. In it, he & Tara Mongeau did “hot tub confession”, reading off some questions from tweets and responding to them in video form. They also discuss the new season of The Reality House,

The two of them are clearly very affectionate for each other—Hall & Mongeau have great chemistry on camera, and Mongeau even kisses Hall on the cheek early in the video. If you’re a fan of Hall, this isn’t a surprise—the YouTuber said in September that he hooked up with Mongeau, in a video titled “TANA DID THIS TO ME?!”.  They further discuss the hookup in the recent video as well.

It’s too early to tell whether the two YouTubers are just buddies, friends with benefits, or dating. However, it’s safe to say that they are quite close. Perhaps one of them will announce the nature of their relationship soon? Only time will tell. 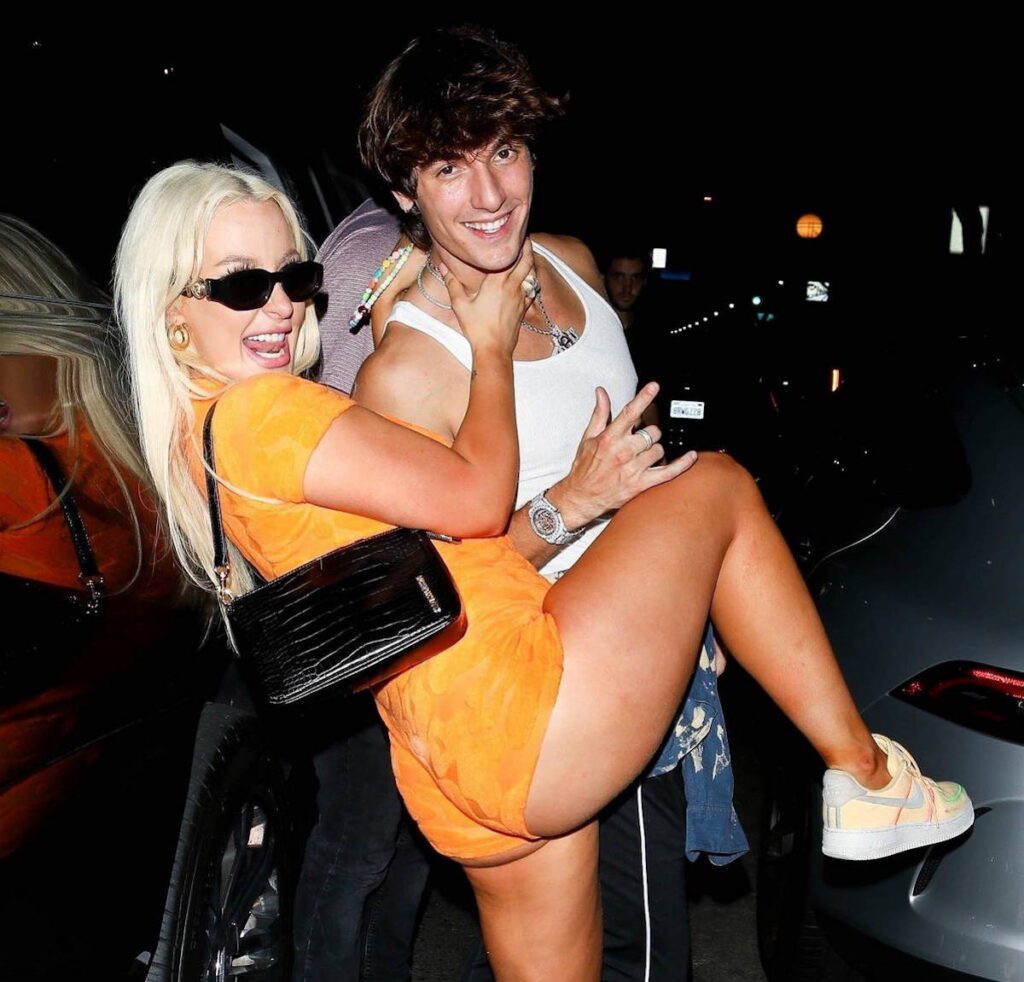 It’s clear that Bryce Hall & Tana Mongeau are very friendly with each other. We wish them the best and hope to see where their relationship goes. They’re going to have a great future, whether as friends or as a couple.

What do you think of these creators getting together? Let us know! 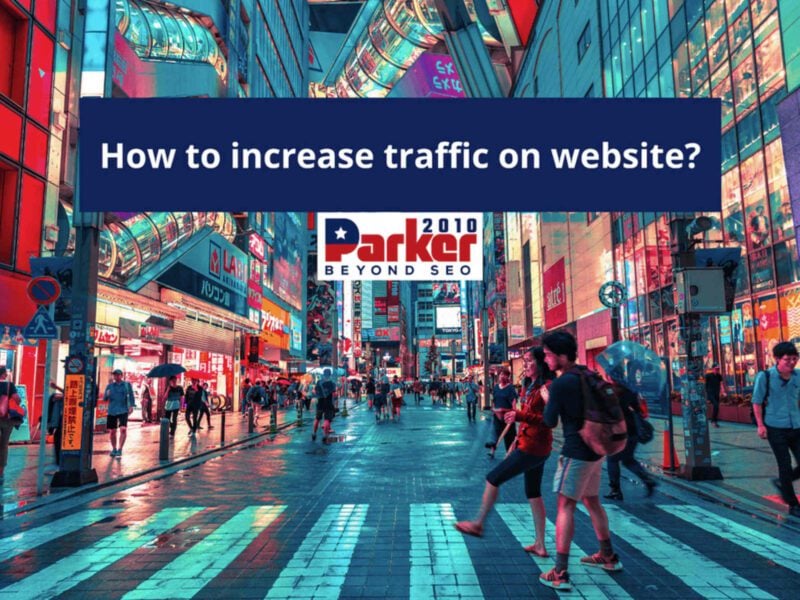 Want To Increase Traffic On Your Website – Here Are 25 Ways To Do It.