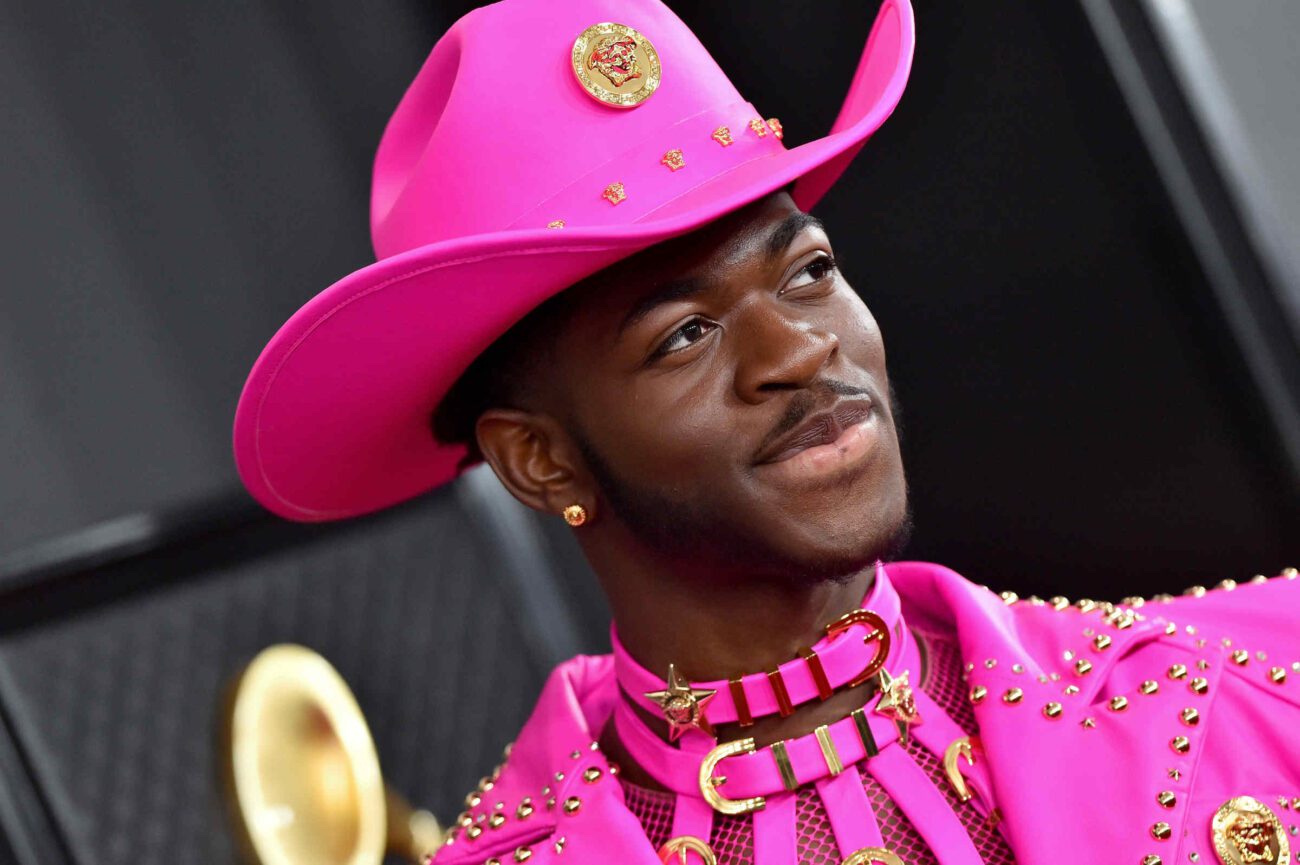 Lil Nas X’s career has been controversial since he yee’d his very first haw into the music industry. It all started when he released an arguably country anthem about taking his horse down to the “Old Town Road” in the now-iconic video with Billy Ray Cyrus.

The song was such an instant hit, it broke Billboard charts in several different categories. Then Billboard controversially deemed the hit song not country enough. For many other artists, this might have been the end of the road.

Yet, Lil Nas X used it as a stepping stone for a still-thriving career. He has gone on to make even more controversy with each music video. From taking over a recreational center to twerking in prison, let’s take a look back at his most shocking music videos. 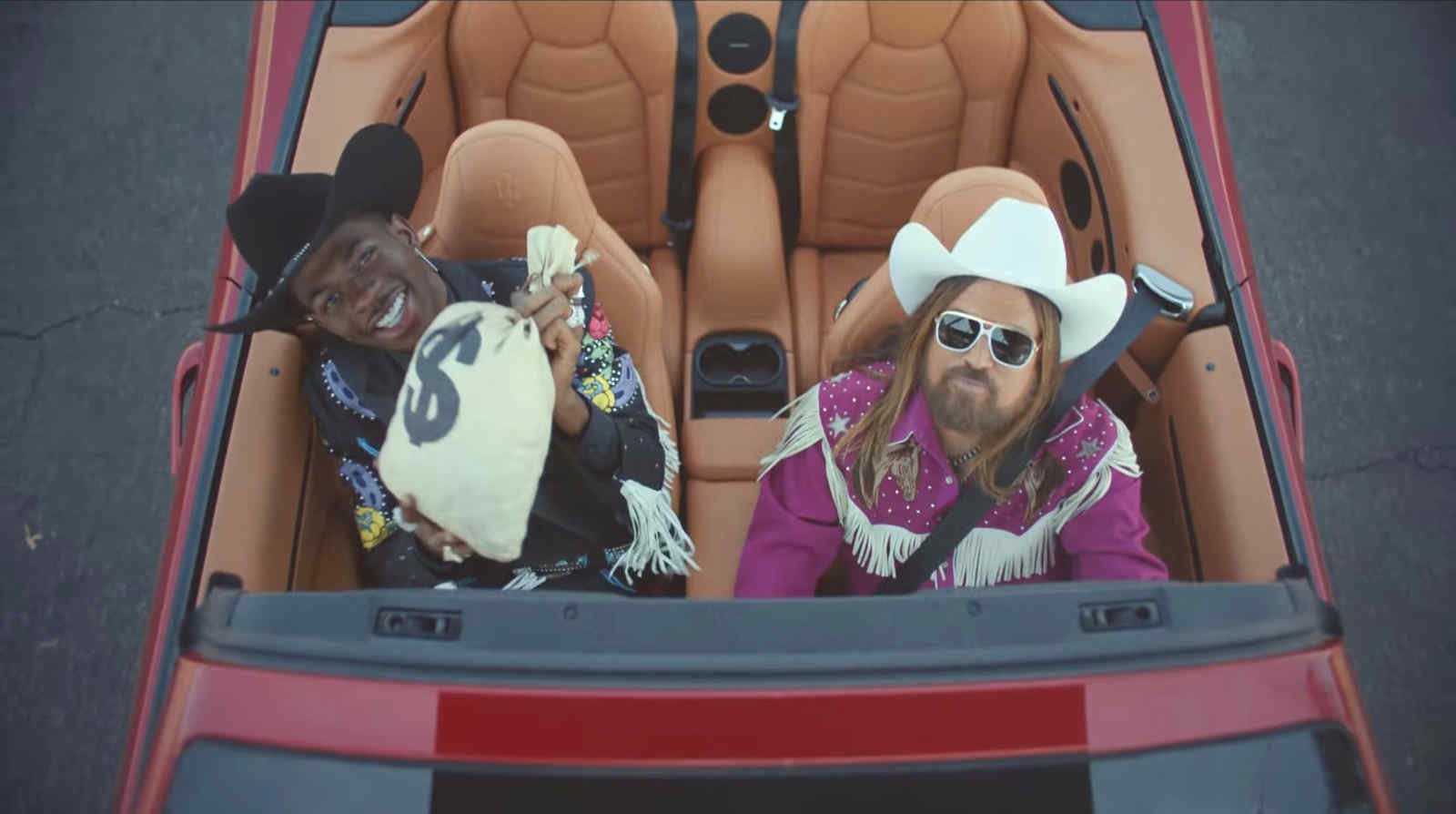 Can’t nobody tell me nothing

In March 2019, Lil Nas X’s hit song “Old Town Road” did the remarkable. It simultaneously landed on multiple Billboard charts – Hot R&B/Hip-Hop & Hot 100. However, its presence as one of the Hot Country Songs would prove the most talked about.

Billboard tried sneakily removing the popular song while denying its country roots. People were outraged. They believed Billboard was playing gatekeeper by trying to lock a Black artist out of the accolades in a historically White genre.

Then Billy Ray Cyrus got involved both in the song & the video. Lil Nas X suddenly had the support of one of the biggest country artists in the industry. The outrage eventually leveled out, only for the twenty-two-year-old to stir up even more with his next video. 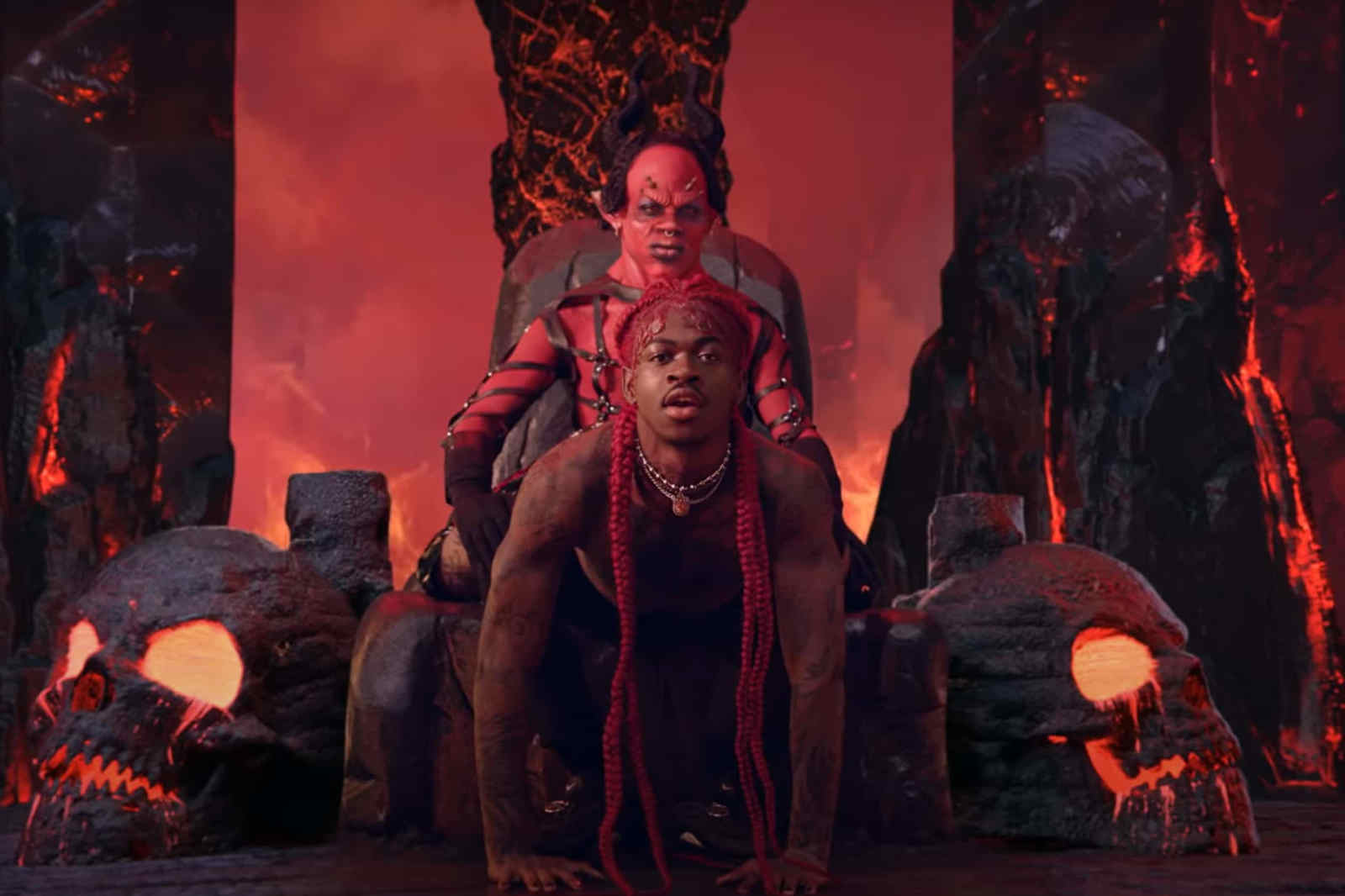 When Lil Nas X released the music video for “Montero (Call Me By Your Name)” in March 2021, he’d gained mainstream attention for having come out as gay. The video was just a shocking cherry on top of an already jaw-dropping sundae.

Lil Nas X’s newest video had the Christian community in an uproar. In the video, Lil Nas X dons thigh-high stiletto boots as he grinds on Satan who’s sitting on his throne in Hell. He ends the striptease by snapping Satan’s neck and taking the throne for himself.

Many in the Christian community called the video an insensitive mockery of their faith. However, this particular part of the video might’ve just been in retaliation. Lil Nas X, like many in the LGBTQIA+ community, have spent many years being told they were going to Hell. This might’ve been his way of challenging the condemnation. 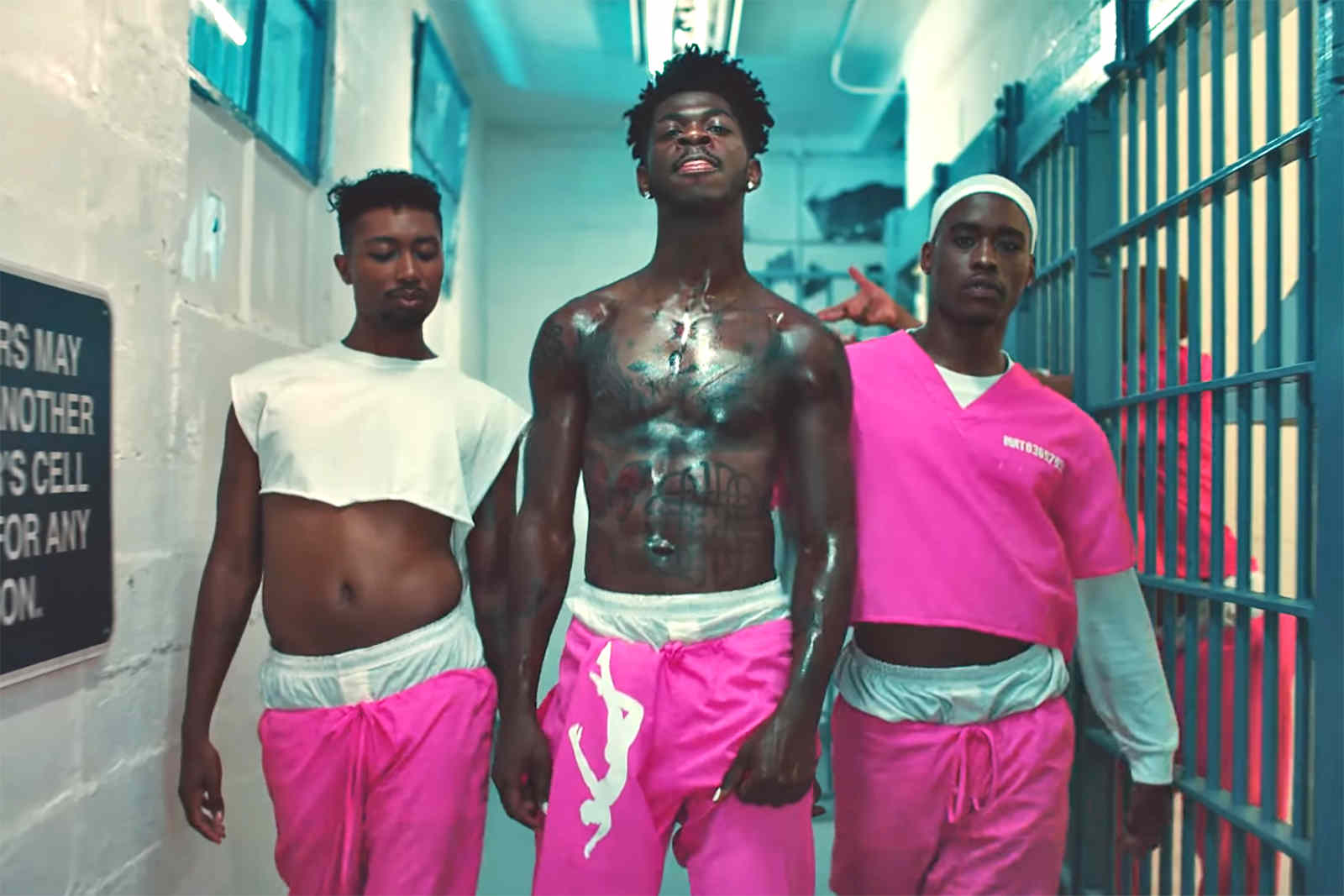 By the time Lil Nas X released the music video for “Industry Baby” in July, his name was synonymous with controversy. It’s hard to say, then, whether the video itself caused issues or if people’s negative feedback was just continuing from past projects.

Regardless, many people took issue with the images of Lil Nas X being flirtatious with men & dancing in the nude in prison. He looks like he’s having the time of his life as he’s surrounded by gorgeous men who are all very happy to throw a**.

Lil Nas X has frequently asserted his work isn’t meant for a younger demographic. Yet, people have continued to call his work inappropriate for children. Despite the criticism, however, he’s continued to follow his creative heart where ever it leads him. 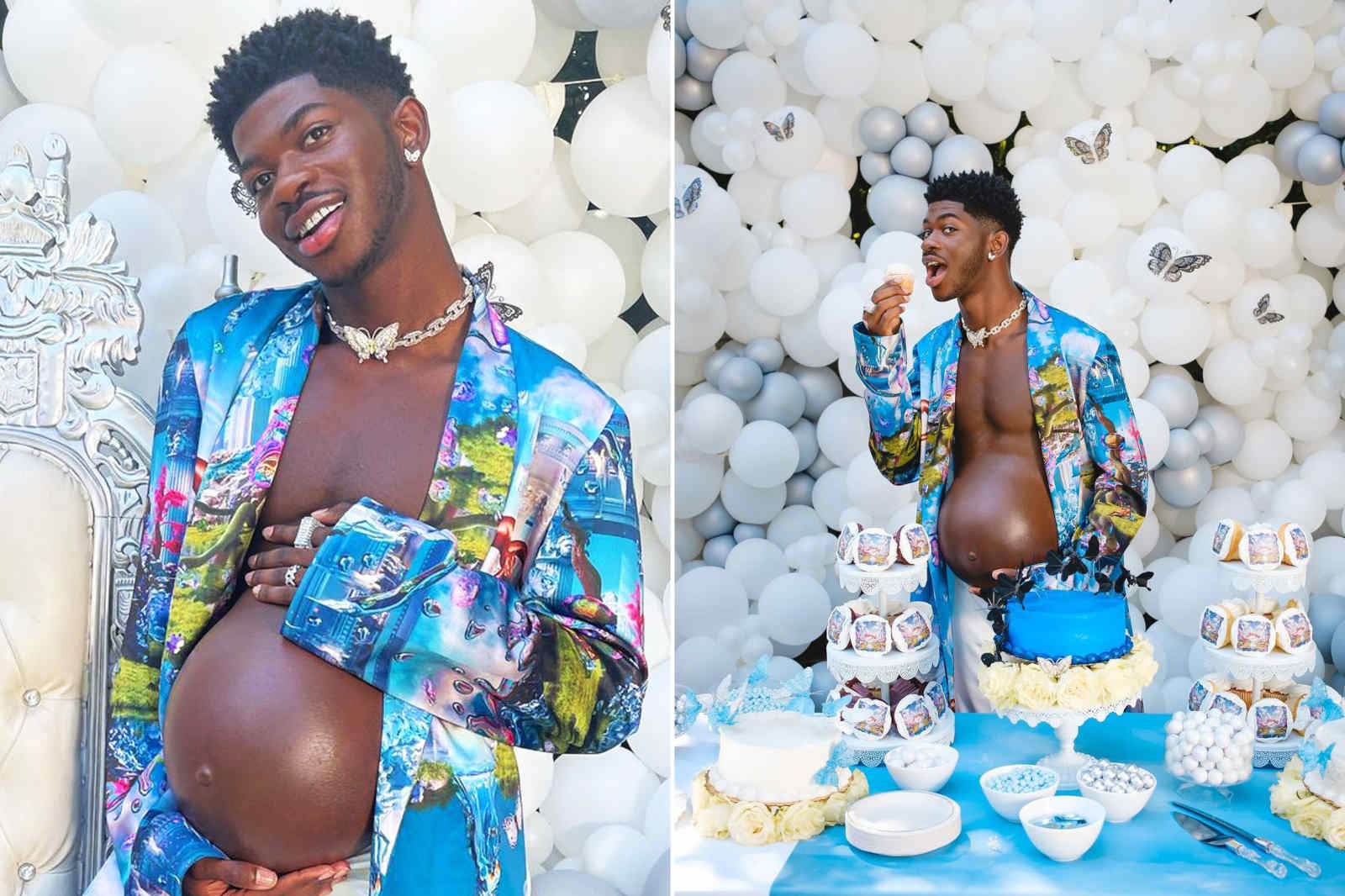 Lil Nas X has proven he can shake the table of the music industry with a video or while making an album. The world saw him put on a pregnant belly as a metaphor for giving birth to his debut album Montero on September 17th.

He didn’t just take a couple of IG photos with a belly bump. Nothing so simple would be enough for someone so dramatic! No, he did mock interviews where he discussed his pregnancy and even made a video of himself “giving birth” to Montero on release day.

Maybe Lil Nas X is riding the metaphorical gravy train of controversy into his own success. Even talented artists start to fade over time. However, if the gimmicks ever die, he can always just continue living rent-free in Lil Boosie’s mind.