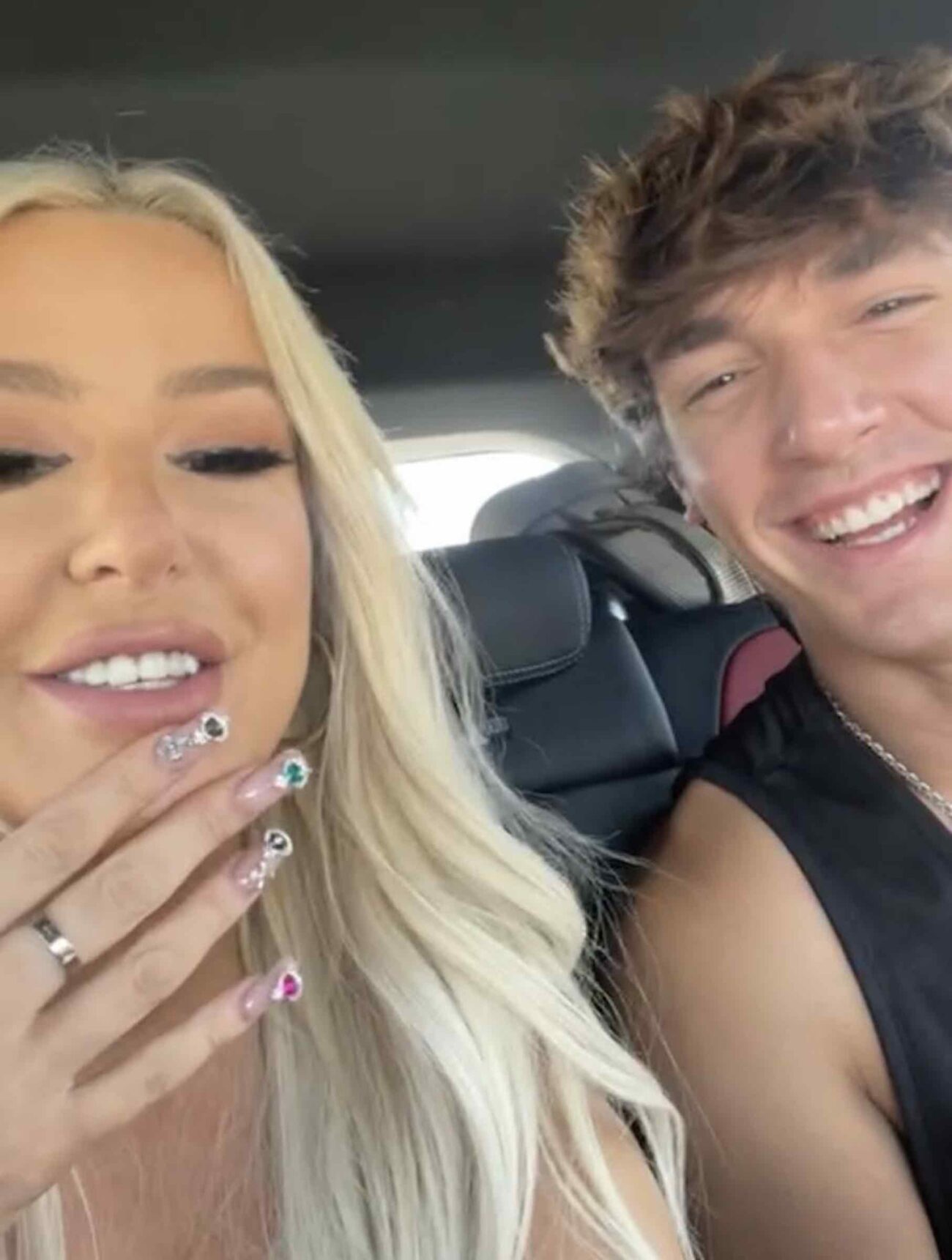 Did Tana Mongeau ditch her boyfriend for Bryce Hall?

Tana Mongeau’s boyfriend better watch out. Social media star Tana Mongeau posted yesterday that she’s currently on a road trip with none other than Bryce Hall, who has become . . . unpopular to say the least.

Tana Mongeau seems pretty cozy with Hall, making some wonder about her boyfriend, rapper Chris Mills. Tana Mongeau has had quite the sordid history when it comes to dating, so her ditching her boyfriend is both shocking and par for the course.

Naturally, many on Twitter have gasped in shock over Tana Mongeau’s latest post and what it may mean for her and her boyfriend. We searched through the threads to find the best reactions to this Tana Mongeau and Bryce Hall update. Get ready to retweet as we dive into the latest news about Tana Mongeau.

Jake is going to be mad

Understatement of the year.

When the Kardashian’s don’t like you, you know you did something wrong.

Fly on the wall

Now that would be an interesting position to be in . . . .

That’s a thing you can have a favorite for now?

I really love the friendship of these two pic.twitter.com/nKhOaq276I

Tana is on live with Bryce hmm 🤔 there's something coming soon guys so be ready I'm excited @BryceHall @tanamongeau pic.twitter.com/FoxBqmKemZ

What are your thoughts on Tana Mongreau’s road trip with Bryce Hall? Drop them below in the comments before they update!