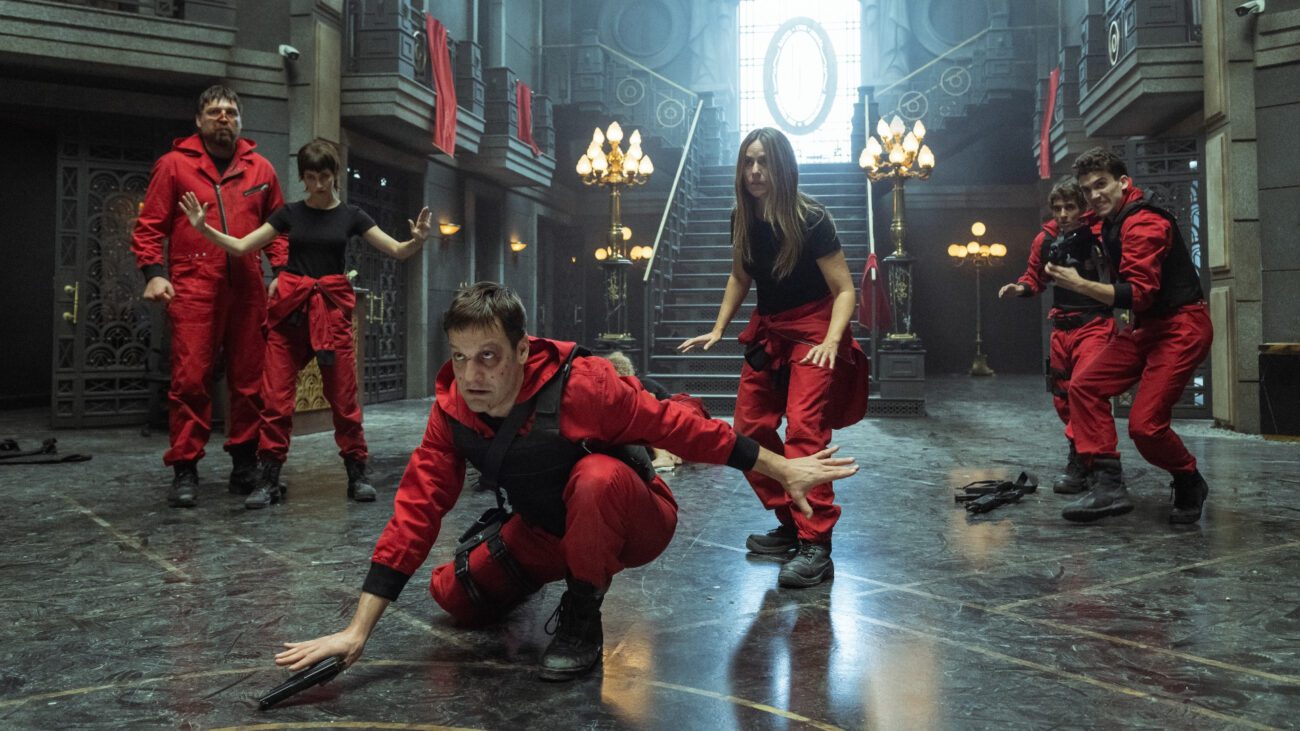 Money Heist (also called La Casa de Papel which translates to The House of Paper) is a hit Netflix show about a gang of criminals led by a mysterious man known as The Professor. Through the eyes of one of the group members, Tokyo (everyone in the group, except The Professor, chooses a city name as their alias, we watch the thieves plan exciting heists.

Will they get away with their thievery, or is it only a matter of time before they get caught? 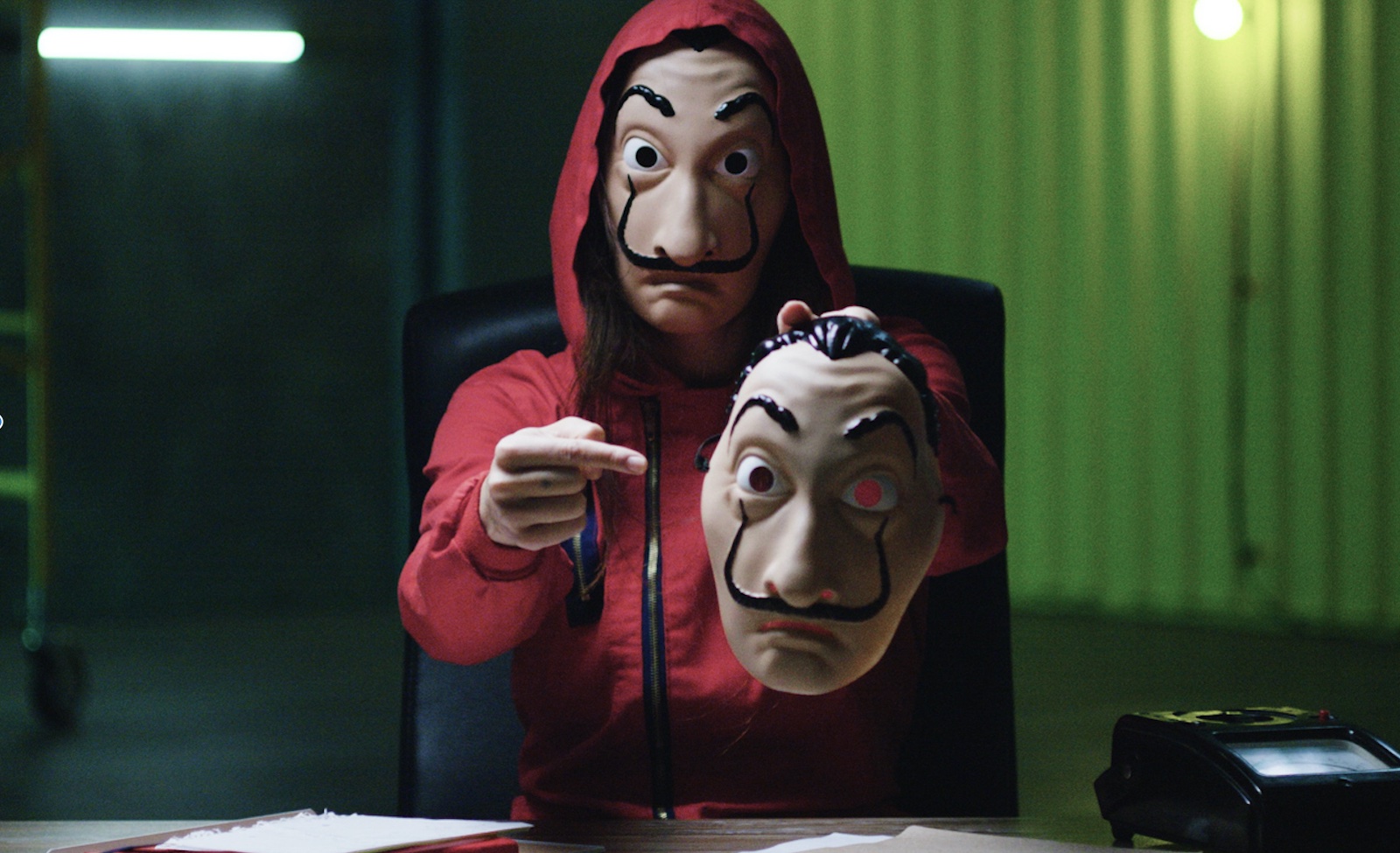 Now onto the heart of the matter. 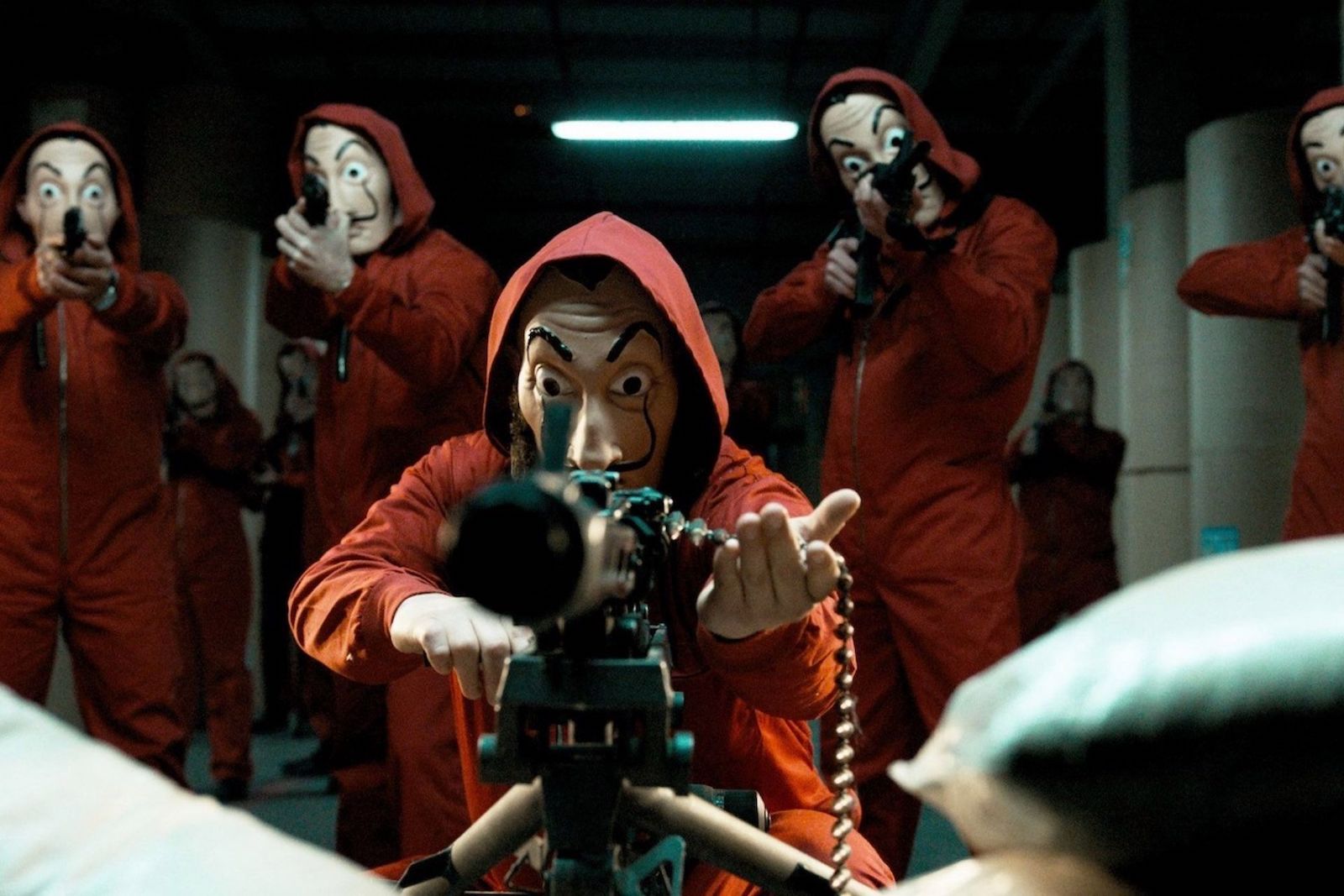 The story of Money Heist is told from the perspective of Tokyo (and there is an argument to be made about her being an unreliable narrator, but that’s a whole different can of worms we can’t get into today). In Season 1: Parts 1 & 2, the group robs the Royal Mint of Spain, which is located in Madrid.

It’s certainly not an easy heist. Not only are the robbers there for over five days before they escape with the goods, but three of them (The Professor’s brother Berlin, Moscow, and Oslo) are also killed. Despite all the casualties though, the robbery still continues in Season 2: Parts 3 & 4. 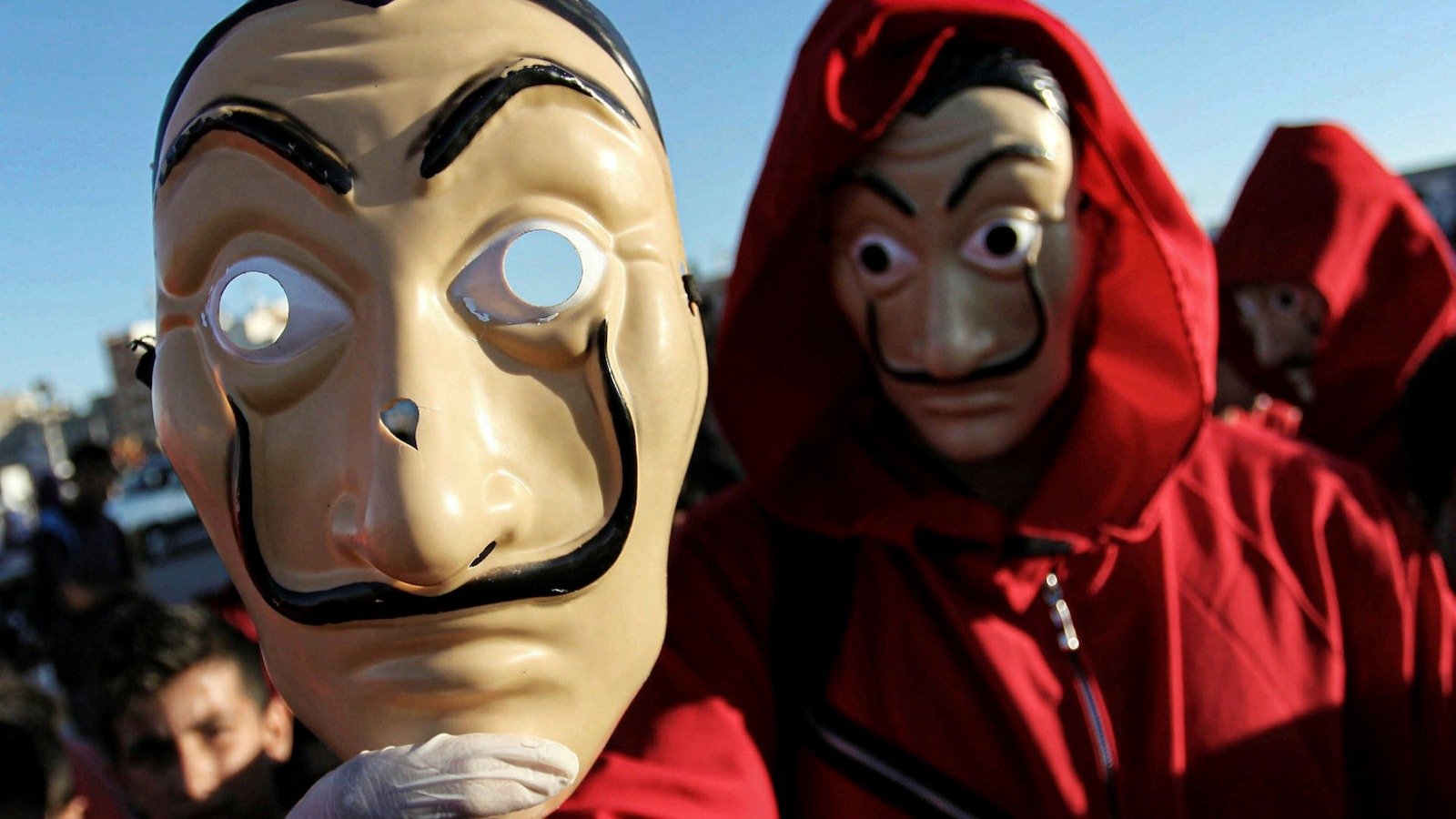 In that season, The Professor gets the survivors of the previous heist, along with three new members, all together, so that they can rob the Bank of Spain. He does this because Europol captured Rio, Tokyo’s boyfriend, and is unlawfully torturing him.

During the heist’s twists & turns, Nairobi, one of the robbers, is killed, and an inspector named Sierra is put on the case, trying to pursue The Professor. The Professor shows the public the torture Europol is doing to Rio, Sierra is fired but still vows to pursue the criminal, and the season ends with her holding him at gunpoint.

Talk about a cliffhanger! Where will Money Heist: Part 5 go from here? 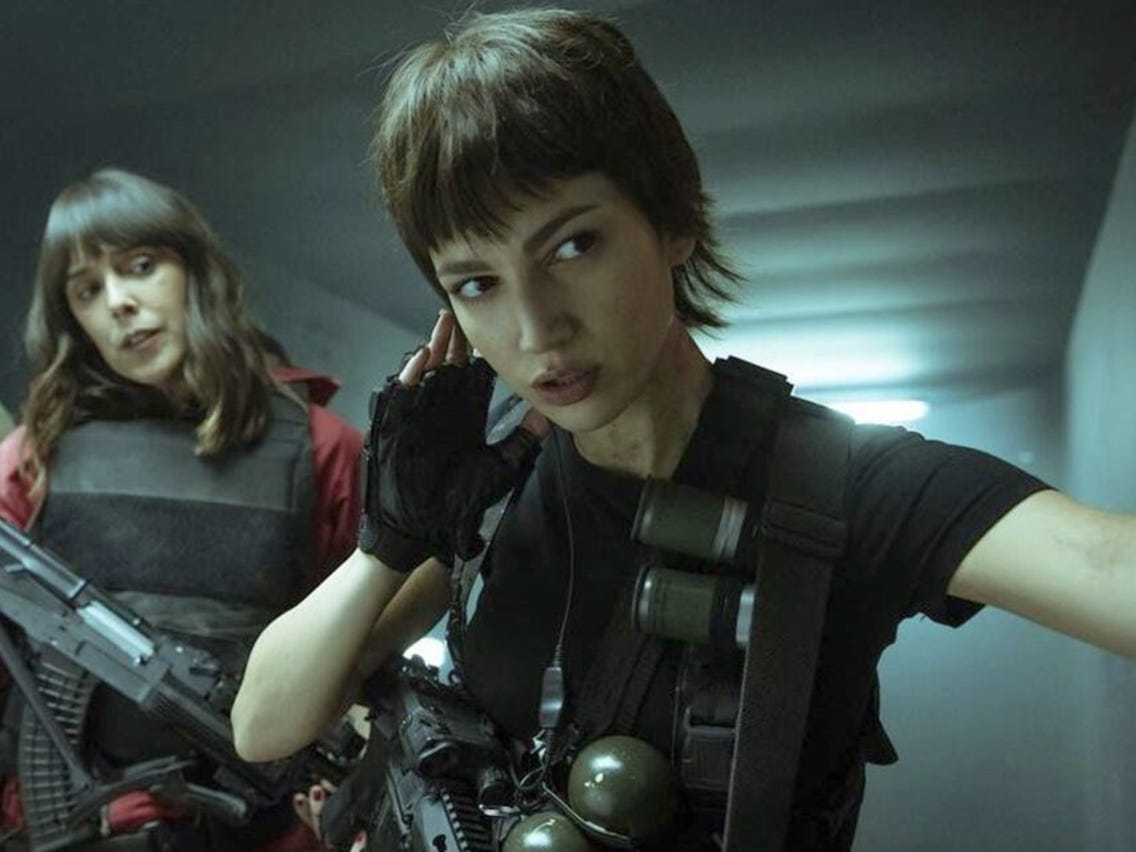 Sierra has found The Professor, and succeeds in restraining and interrogating the man. In addition to this, the Spanish army is getting involved in the bank heist, and are prepared to attack the building! They are led by Sagasta, a commander.

The gang negotiates with the police, saying they will release Gandia, but realize that the authorities don’t know that Sierra found The Professor. Their leader is eventually able to communicate with his team again, but soon there is a shootout between them and Sagasta’s forces. 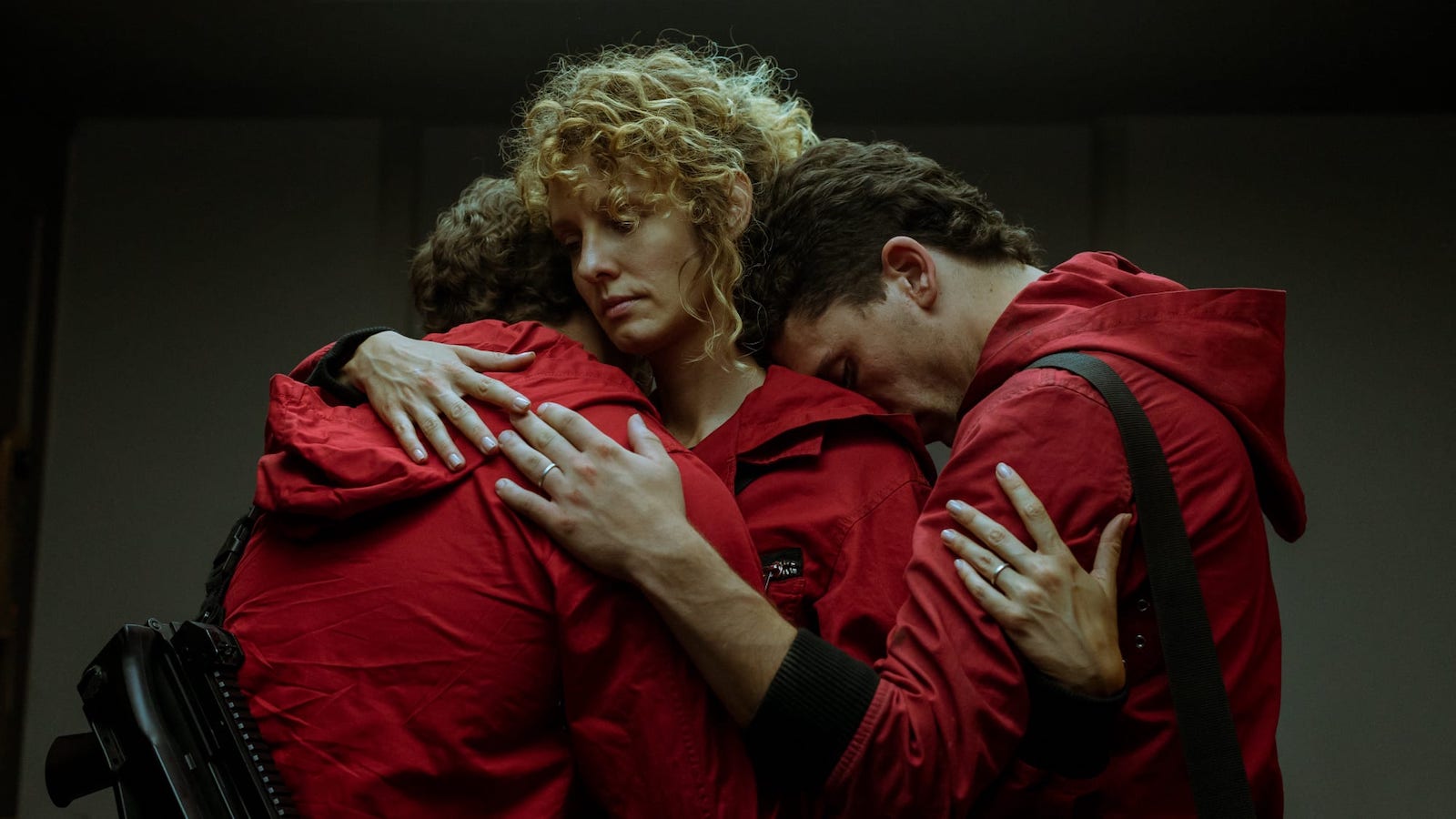 The season ends with Tokyo sacrificing herself for the team, planning to blow up herself and Sagasta’s team with grenades.

And that’s where the story of Money Heist: Part 5 leaves off! We’re at the edge of our seats! 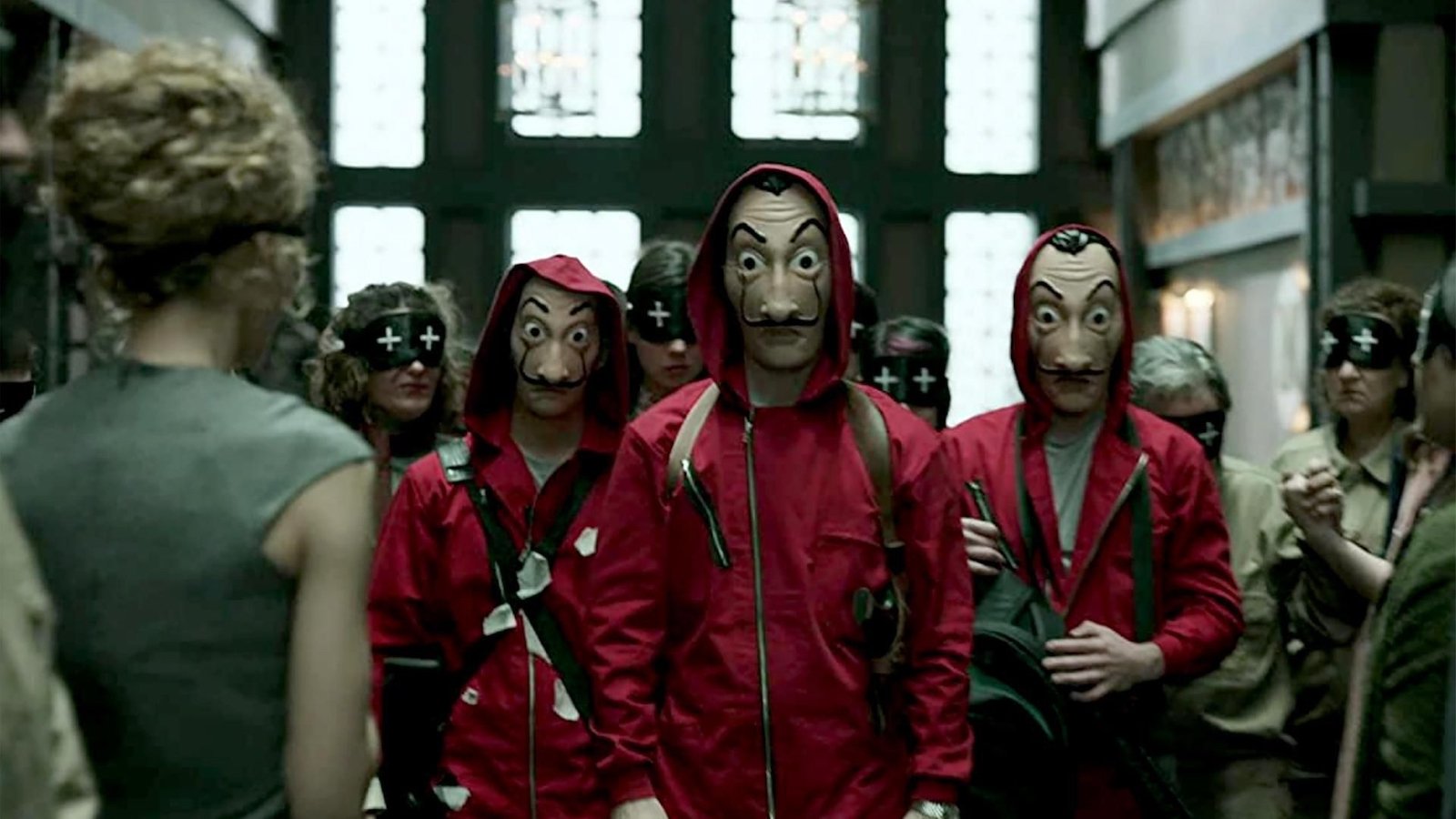 Now all there is to do is wait until the next part of Money Heist. We love the story and characters of this show, and truly hope that there will be more of this amazing drama after Part 5 airs.

But how will the show be fair when its unreliable narrator, Tokyo, is dead? Perhaps the show’s point of view will move on to another person? We’ll just have to wait & see!

We’re looking forward to Money Heist Part 5: Part 2 on December 3 of this year. Let’s hope this show stays on Netflix for years to come.