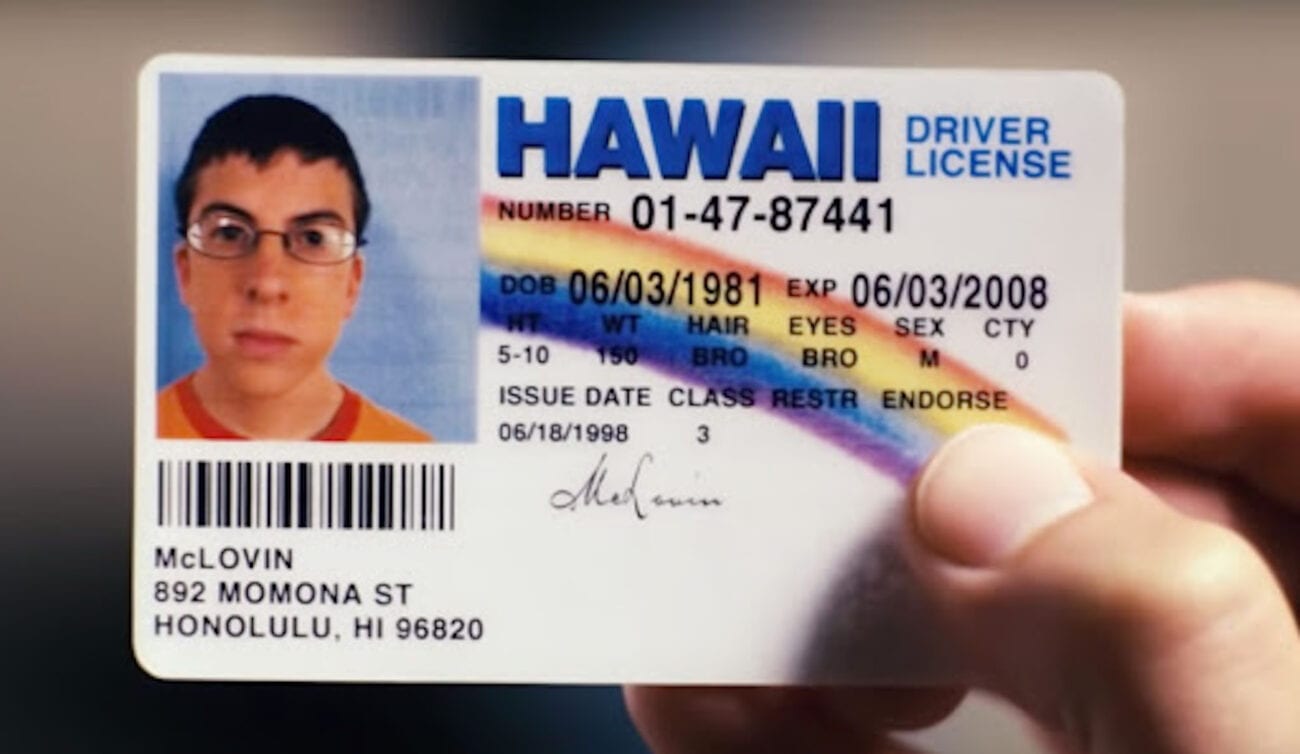 McLovin from ‘Superbad’ turns 40: Celebrate with these iconic quotes

Chicka-chicka yeah, gangstas! McLovin from Superbad turns forty today. Feel old yet? You should – Superbad hit theaters almost fifteen years ago in 2007, back in the days when Judd Apatow wasn’t a household name, and you could see a funny comedy not part of a greater franchise in theaters.

McLovin from Superbad, AKA Christopher Mintz-Plasse, may be forty, but the actor ain’t doing too shabby. He snatched up that Dreamworks money in 2019, voicing Fishlegs in How to Train Your Dragon: The Hidden World, and had a role in the Oscar-winning Promising Young Woman which dropped just last year.

Despite his consistent work, Mintz-Plasse may always be known as McLovin from Superbad, and for good reason. Superbad is perhaps the best comedy of the late 2000s, and McLovin is one of Mitz-Plasse’s greatest roles. Let’s take a look back at Superbad and remember why our Hawaiain king stole our hearts back in ‘07. 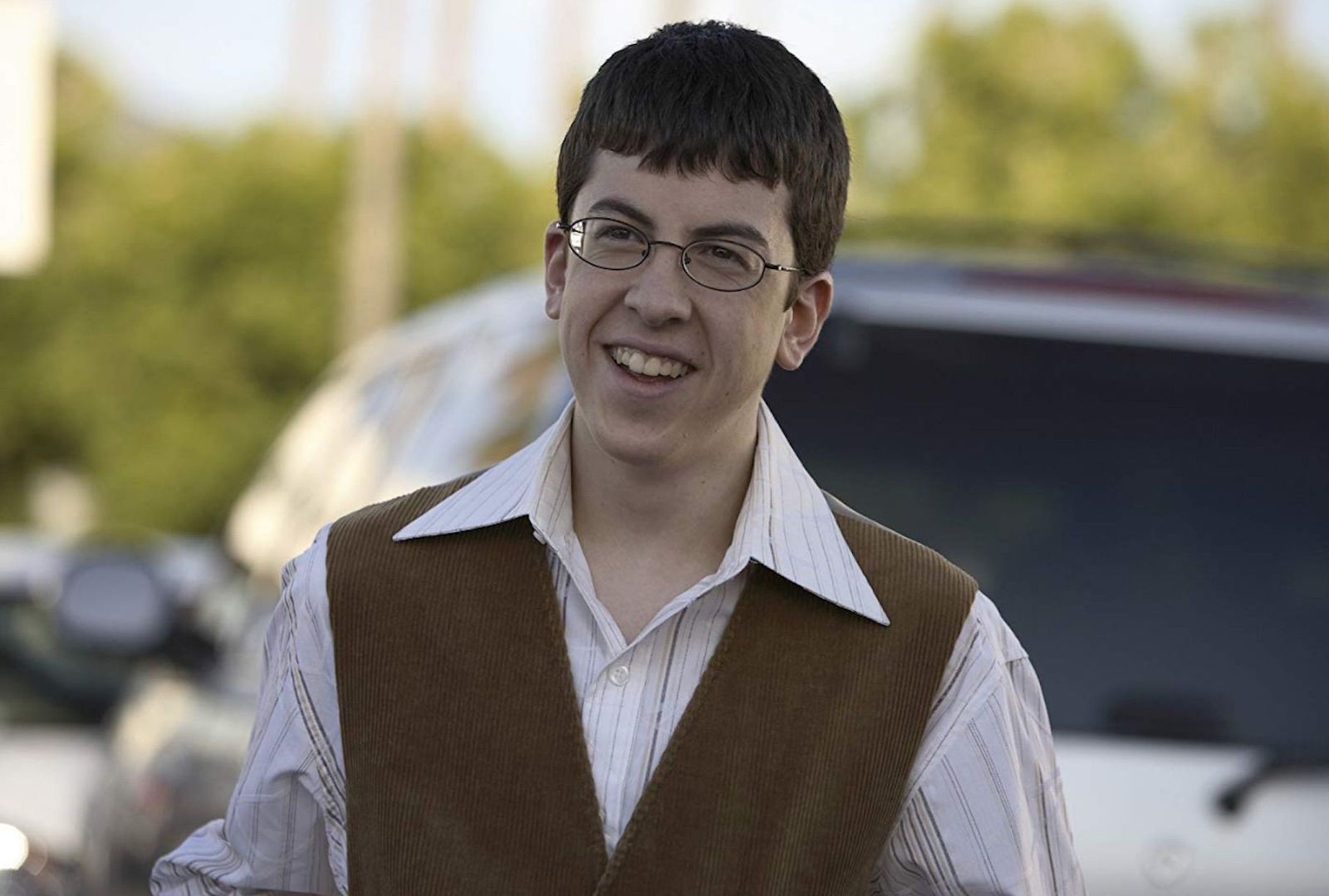 “It was between that or Mohammed”

When McLovin unveils the now-iconic fake I.D. bearing his name, his pals Seth & Evan aren’t too thrilled. Not only does Fogell choose a Hawaiain I.D. and up his age over four years, he “lands on” the single name McLovin for the I.D.

When Seth angrily asks why he chose “McLovin”, Fogell tells him “it was between that or Mohammed” because Mohammed is one of the most common names on Earth. He may be right, but McLovin is whiter than the day is long, and having a traditionally Arabic name may have been a big red flag. McLovin was the way to go. 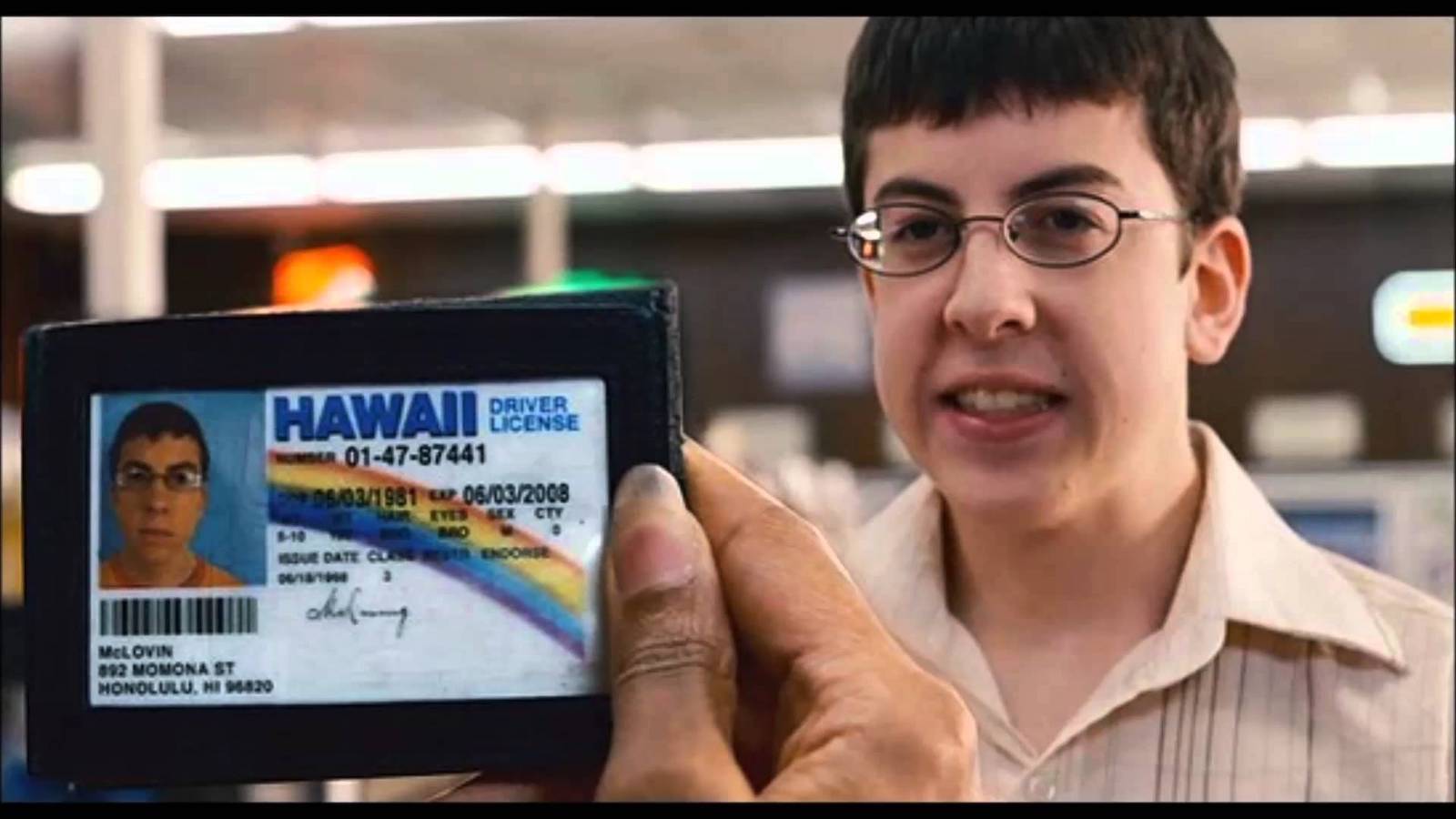 “I heard they recently decided to add more hops to it”

When McLovin uses his famous I.D. to buy nearly $100 worth of booze, clad in his most “adult” outfit, audiences remember the terrifying feeling of trying to buy alcohol underage. McLovin plays the encounter anything but smooth, but tries to make small talk and tells the cashier he’s been drinking his brand of beer “for years”.

When McLovin doubles down, telling the cashier he “heard they recently decided to add more hops to it”, botching the word “hops”, he unknowingly reveals his cards to liquor store’s employee. The scene is hard to watch, and we can’t help but laugh at McLovin’s attempt at playing it cool.

When McLovin is introduced in Superbad, he’s telling Seth & Evan about when he saw a girl walking through the hallway in see-through pants & a thong. We see a flashback of McLovin staring & walking behind her, but she soon turns to see who’s following.

McLovin is a deer in headlights when she turns, his eyes dart to his wristwatch to tell the girl “it’s 10:33”. They’re equally confused, but it’s the best McLovin could come up with at the time. 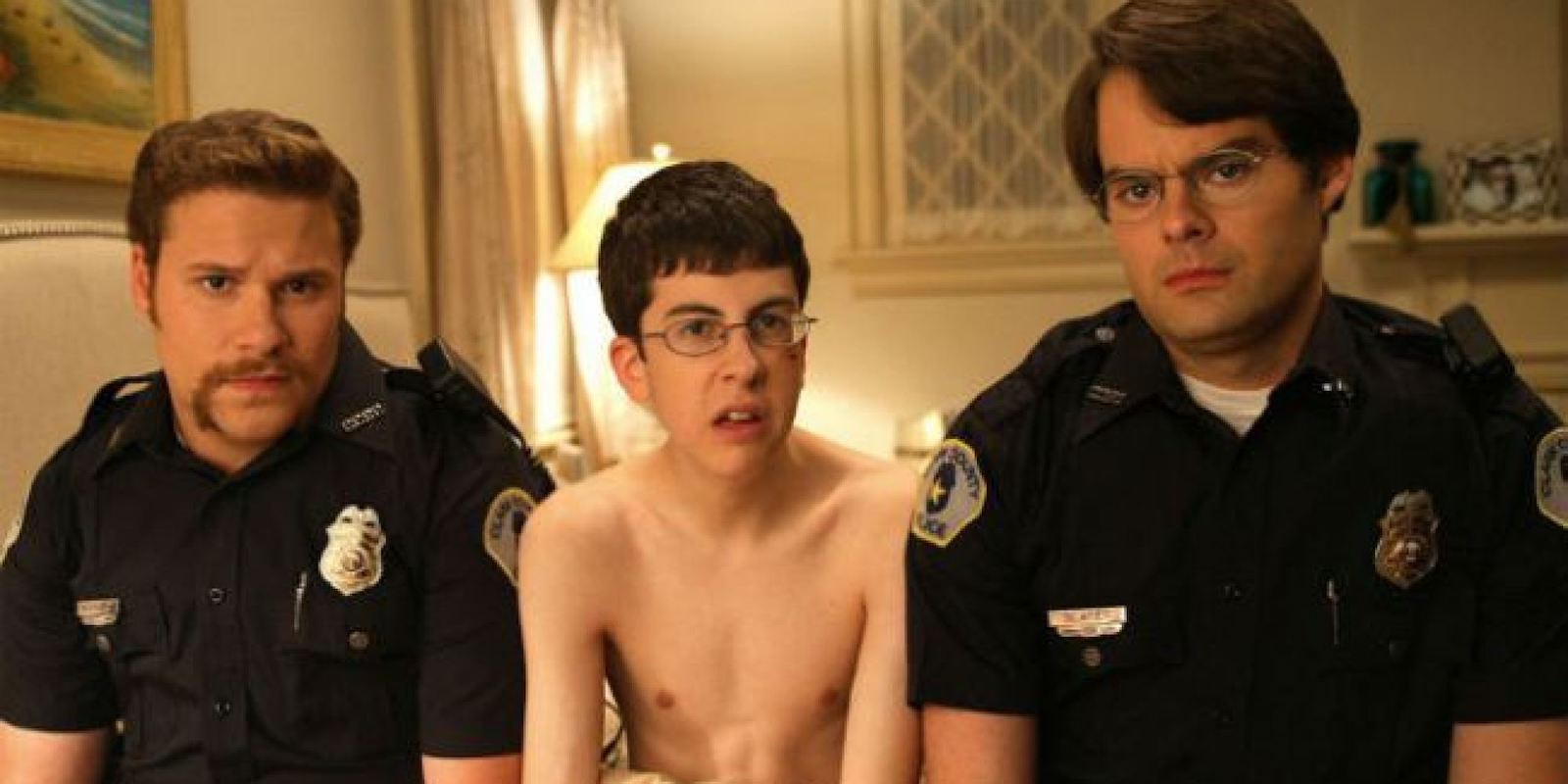 When the cops question McLovin after a shoplifter gives him a black eye, he’s shaking in his boots after giving them his fake I.D. He manages to convince them it’s normal he only has one name, but they’re confused when they ask him how old he is.

McLovin decides to embrace his new persona and tell the cops he’s “old enough” when they ask how old he is. When they say “old enough for what?” he says “to party”. Hell yeah, McLovin. 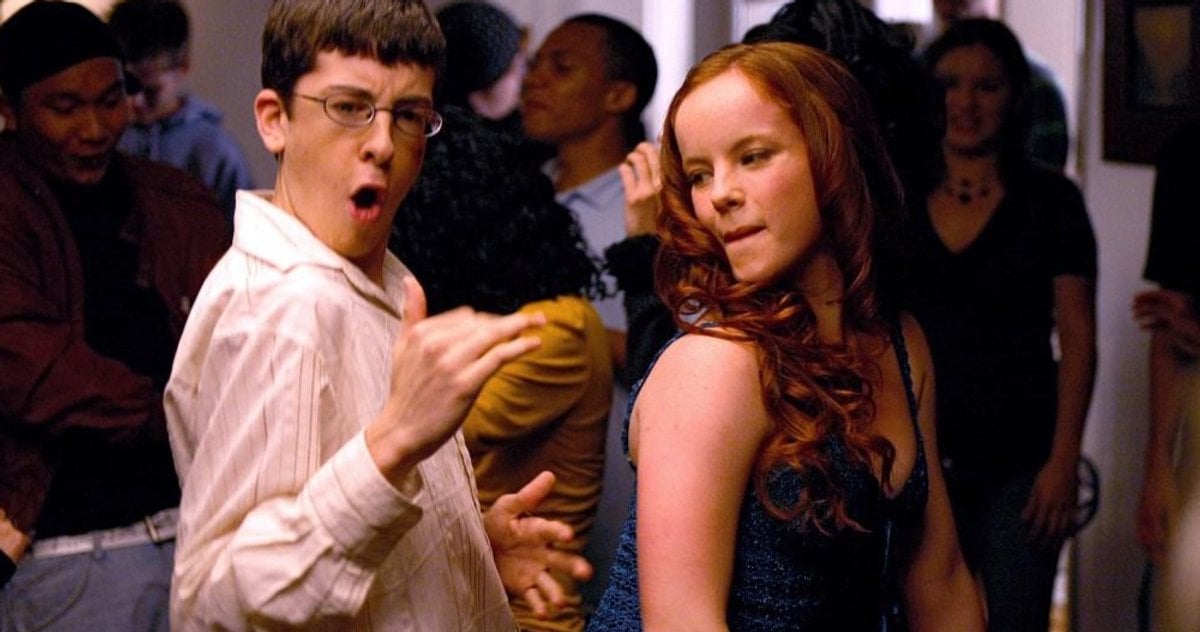 Finally, Superbad is a movie about friendship under the guise of being about getting laid. McLovin is the only one to get, well, lovin’ in Superbad, and he can’t help but continue to rock his nerdiness, even in the bedroom.

McLovin’s lack of filter gets the best of him when he loses his virginity, but things get worse when the cops walk in on him. However, lucky for him, McLovin is no stranger to a tough situation.

What’s your favorite moment from Superbad? Sound off in the comments below! 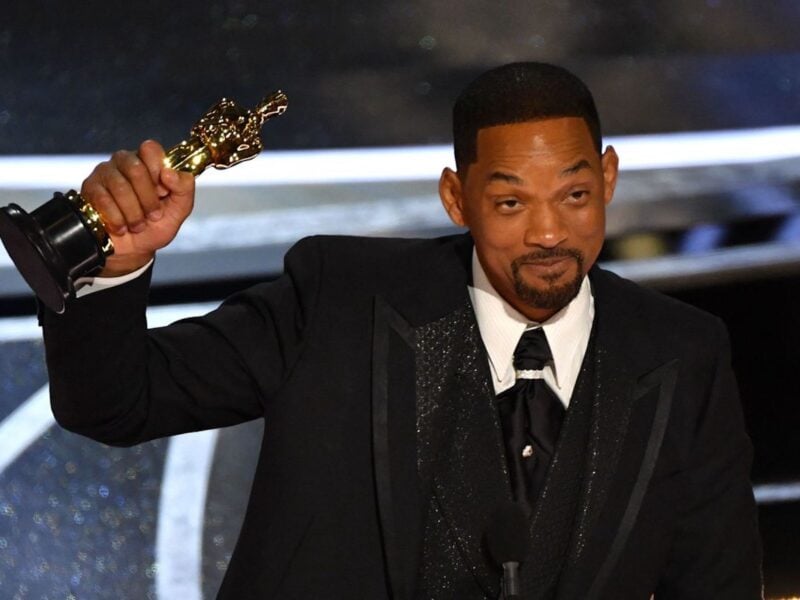 Did Will Smith just win his first Oscar? Will he lose it already?