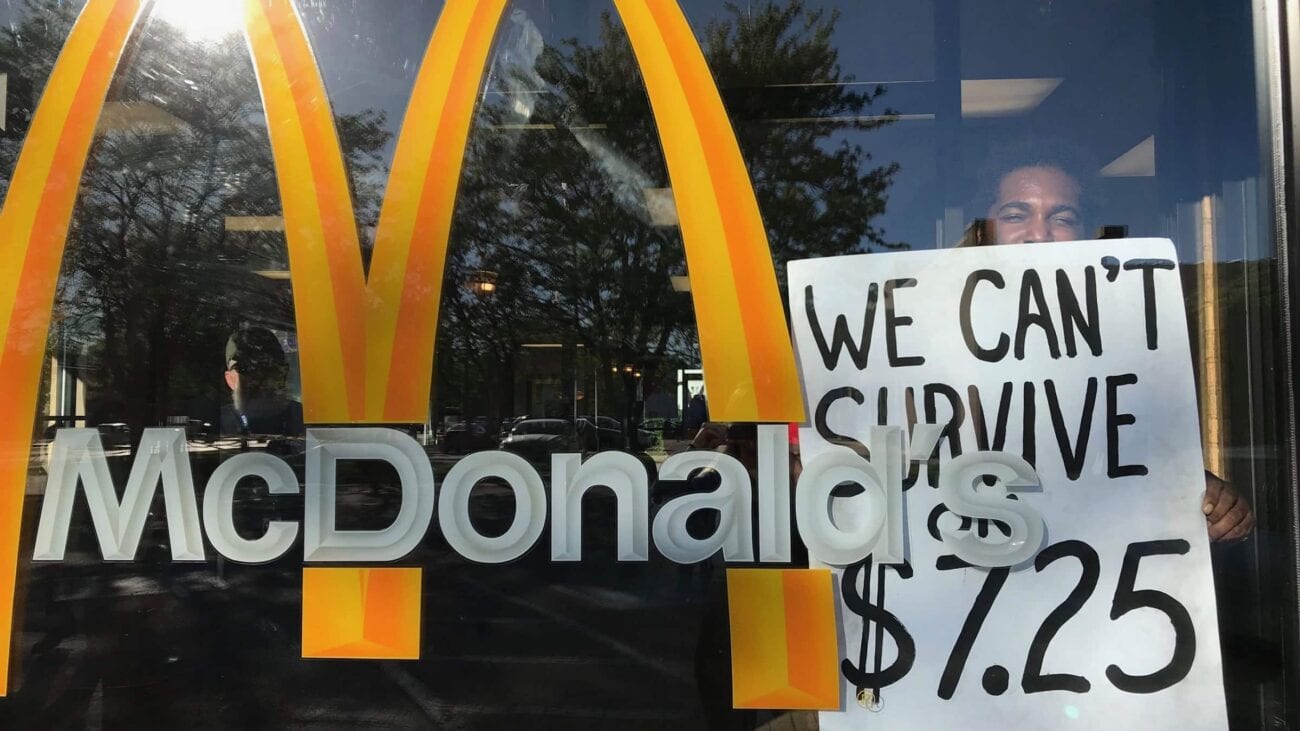 McDonald’s strike: Why are workers storming out of work in the U.S.?

On an average day, the reason you can’t get a McFlurry at McDonald’s is because their ice cream machine is “undergoing maintenance”. Today, however, there might not even be an employee around to operate the machine. There’s a McDonald’s strike going on – a McStrike, if you will – in fifteen cities across the U.S. So if that drive-thru line is moving slower than usual, you can blame the fast food chain’s low wages.

You could also blame the striking workers for daring to demand higher wages, we suppose. But maybe we should just look into what’s going on before we start assigning blame regarding this whole “where’s my McFlurry” business? Yeah, let’s do that. Let’s see what’s going on with this McDonald’s strike – and does it come with a side of fries? 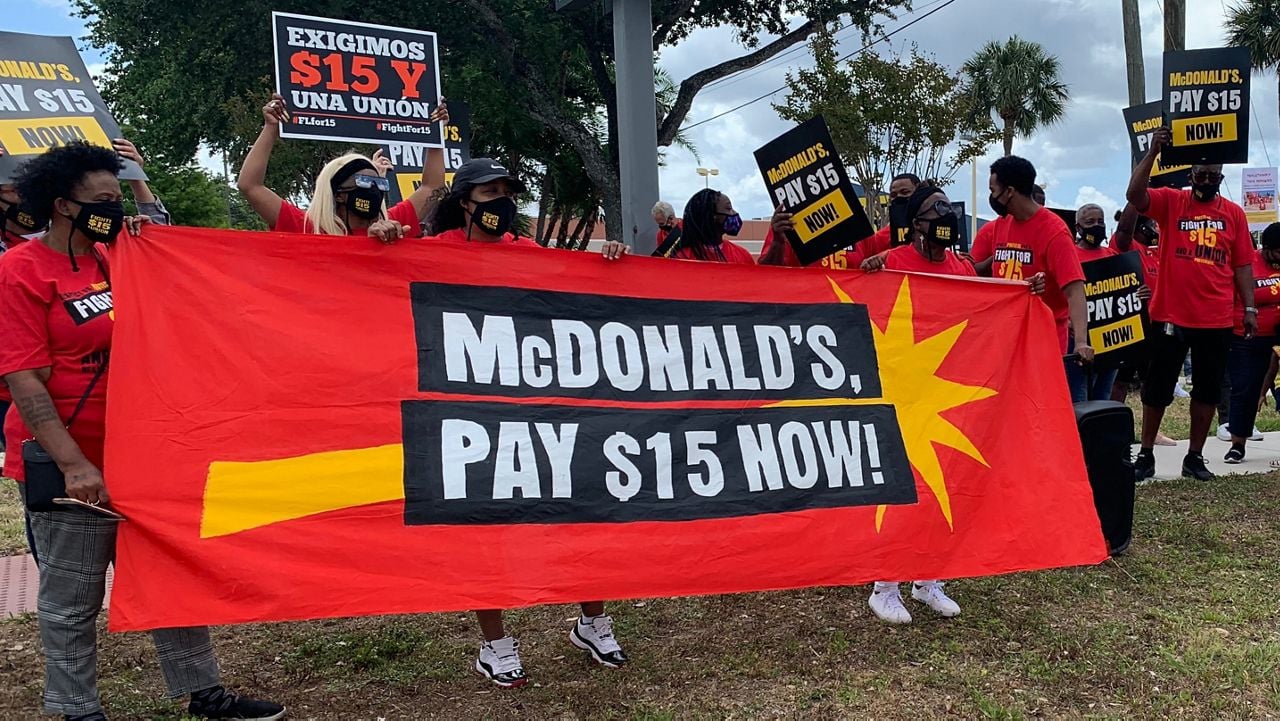 How much your local McDonald’s pays will depend on where you live, but let’s start by going with the current federal minimum wage of $7.25 an hour. That adds up to $13,920 a year for a full-time McDonald’s employee – before taxes. Now, according to the National Low Income Housing Coalition, that amount doesn’t get you a two-bedroom apartment anywhere in the country.

But how about a one-bedroom apartment? Oh, that you can afford . . . in 5% of U.S. counties – again, according to the NLIHC. Once upon a time, the federal minimum wage increased according to inflation, so you wouldn’t see this sort of stats, but that stopped long ago. For reference, if minimum wage had kept up with inflation, it’s estimated that it would be $24 an hour today.

The McDonald’s workers striking today aren’t asking for $24 an hour though. They’re asking for $15 an hour – a battle they’ve been embroiled in since 2012. That’s when the Fight for $15 movement started, demanding a $15 minimum wage and union rights. Today that movement spans over 300 cities across six continents, and it’s chosen May 19th 2021 to make McDonald’s listen to their demands. 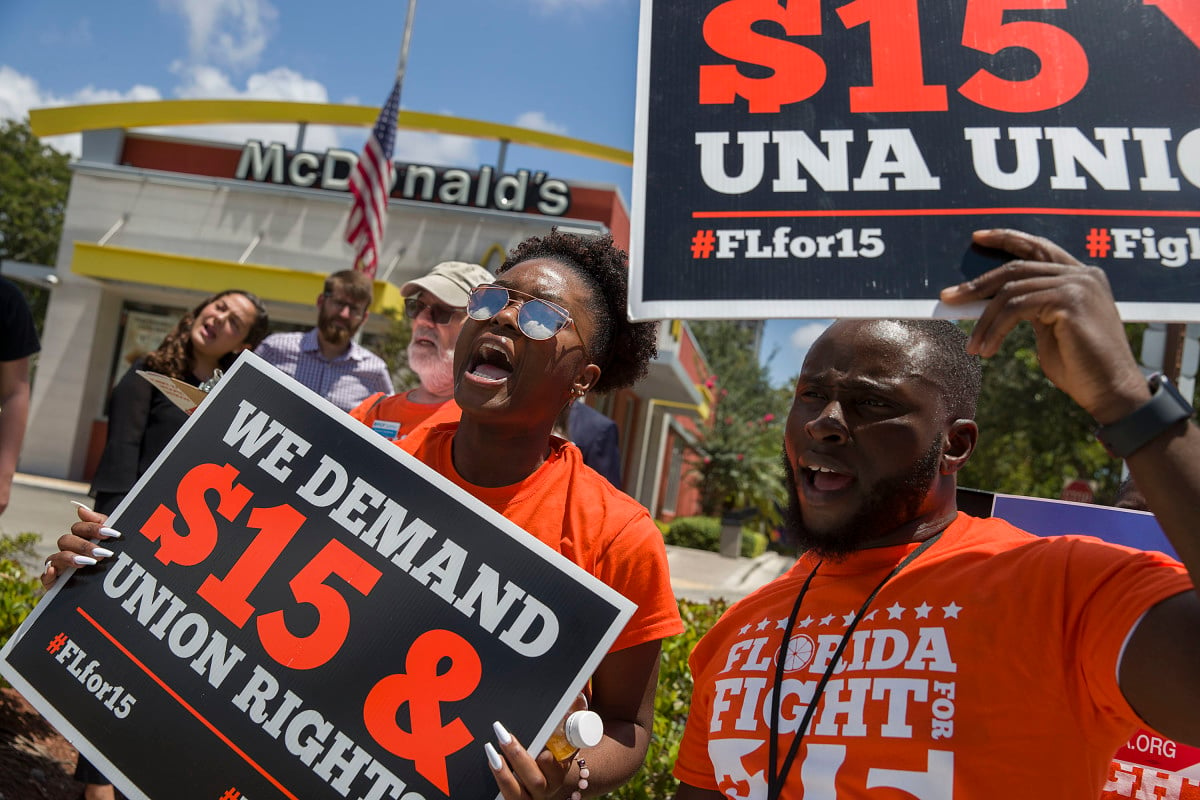 Now, as we said earlier, some McDonald’s pay more than others. But no McDonald’s pays $15 an hour. Hence the McStrike going on in Los Angeles, Oakland, Sacramento, Miami, Tampa, Orlando, Chicago, Detroit, Kansas City, St. Louis, Houston, Milwaukee, and other cities. But even in places not affected by the strike, McDonald’s is having trouble staffing its stores due to the amount of money it pays (or rather, doesn’t pay).

The situation is so desperate in some McDonald’s locations that the stores are having to get creative on how they attract new employees. Essence reports that the owner of sixty McDonald’s franchises in Florida offered $50 to anyone who would show up for a job interview. And there was a store in Fayetteville, North Carolina that offered new hires a sweet $500 sign-on bonus. 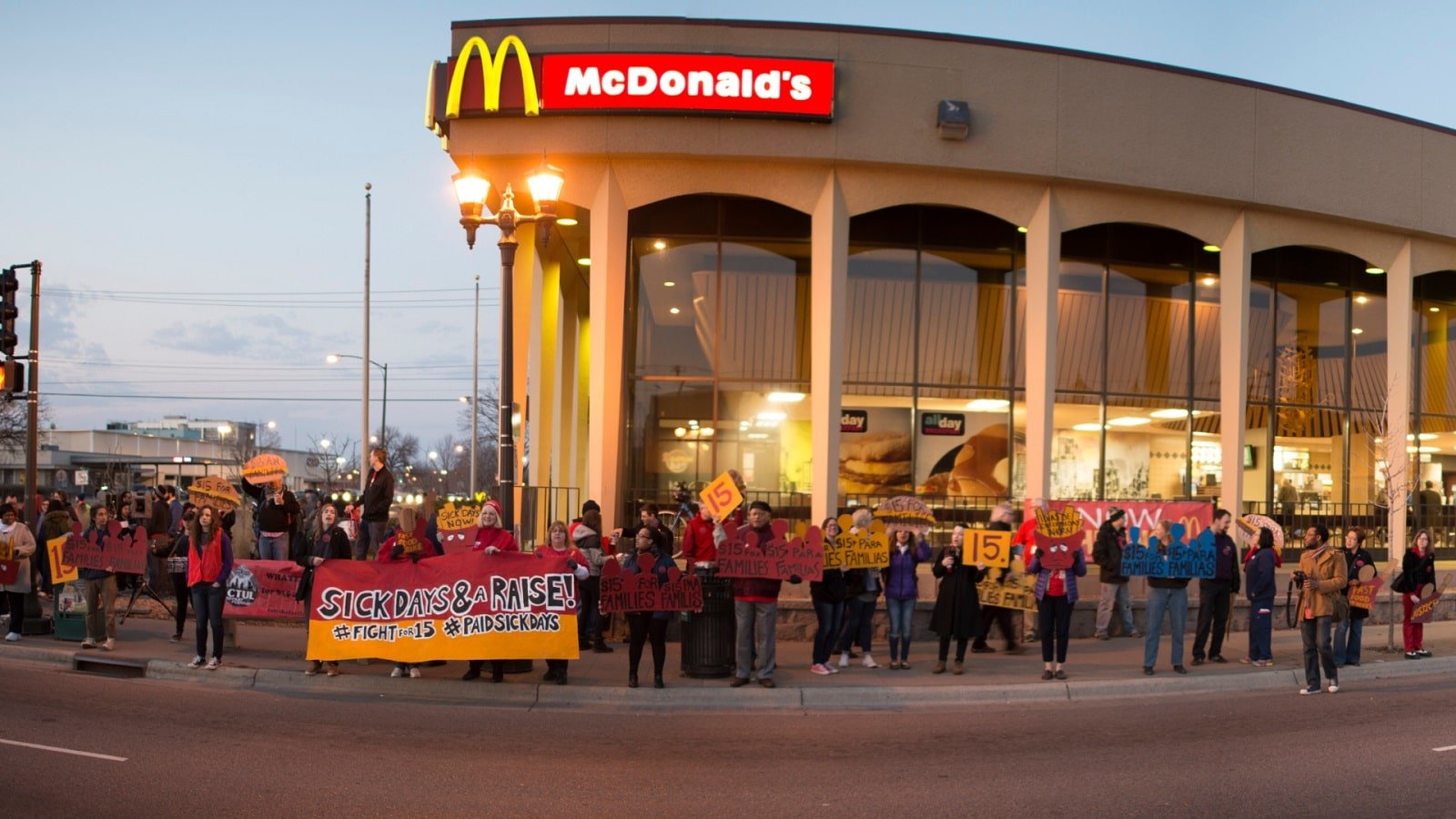 But what’s the official McDonald’s response to all this? According to Vice, McDonald’s USA released the following statement: “Our first responsibility is to hardworking restaurant crew, and we respect and appreciate their dedication to serve millions of customers daily.” That’s a good start . . . .

The statement continues: “It’s the responsibility of federal and local government to set minimum wage, and we’re open to dialogue so that any changes meet the needs of thousands of hardworking restaurant employees and the 2,000 McDonald’s independent owners/operators who run small businesses.” Oh no.

On the other hand, Fight for $15 posted a tweet a few days ago that attacked the problem from a different angle: “There’s no reason for McDonald’s to be dragging their feet about raising all our wages to $15 an hour. They made nearly $5 billion in profits last year. They’ll be fine, we’re struggling.”

The McDonald’s strike has been strategically deployed one day before the company’s annual shareholder meeting. Will McDonald’s change its tune after its shareholders assess the situation tomorrow? Or will the McFlurry machine remain under maintenance, so to speak? We’ll find out soon.