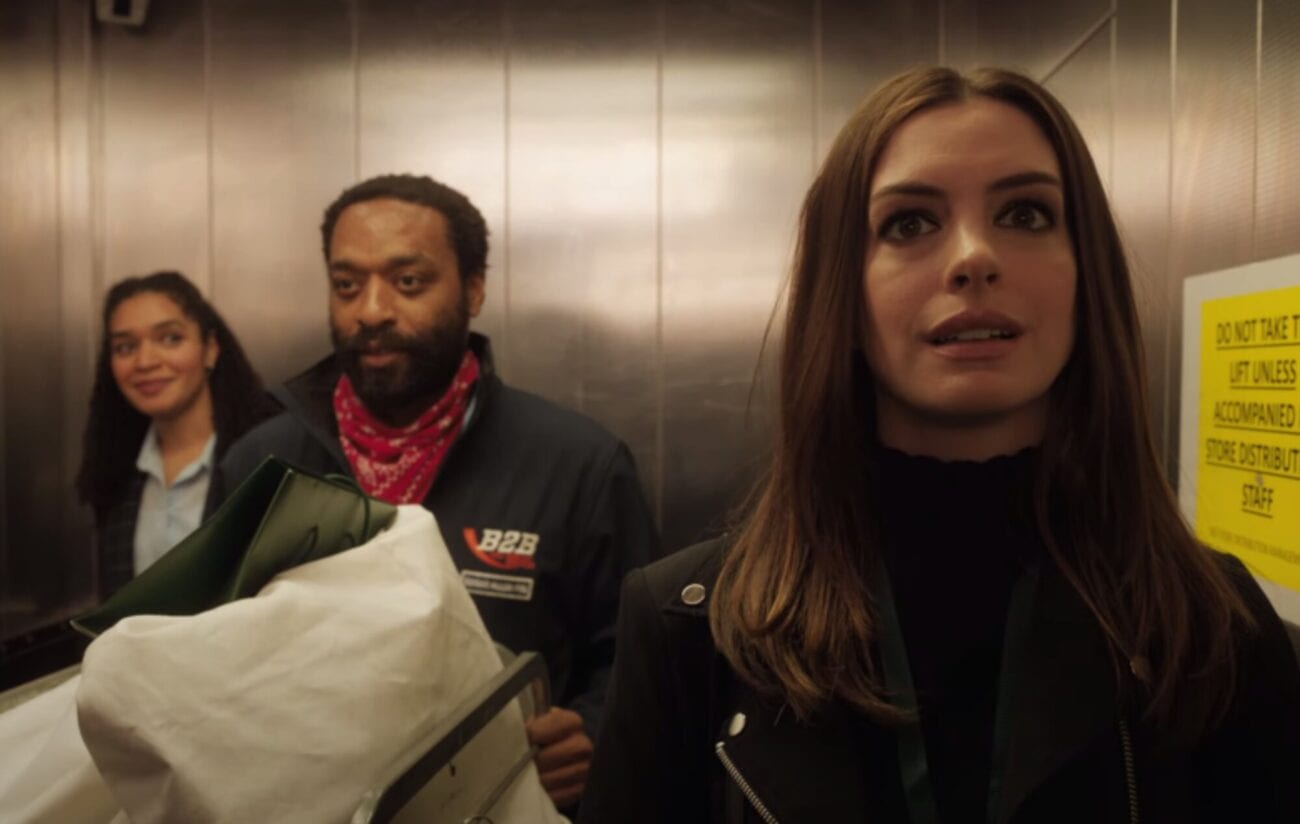 Anne Hathaway in ‘Locked Down’: Everything about the pandemic movie

Movies about a pandemic are not exactly what people want right now – let alone movies about the pandemic we’re currently living in. We just don’t need reminders about the bleak truth we’re all currently experiencing.

At least, that’s what everyone adamantly thought until we were presented with Locked Down – a comedy caper film starring Anne Hathaway and Chiwetel Ejiofor. The film was created by the same Doug Liman, the same man who directed Mr. & Mrs. Smith for HBO Max and will be released on January 14th.

Here’s everything else you need to know about Locked Down.

Most people were less than thrilled by the concept of a movie taking place during the COVID-19 pandemic. We want escapism right now, not a reminder of the weird times we’re living in.

However, after watching the trailer many people changed their tune realizing Locked Down looked fun, interesting, and humorous. Not to mention it features a lot of well-loved actors. 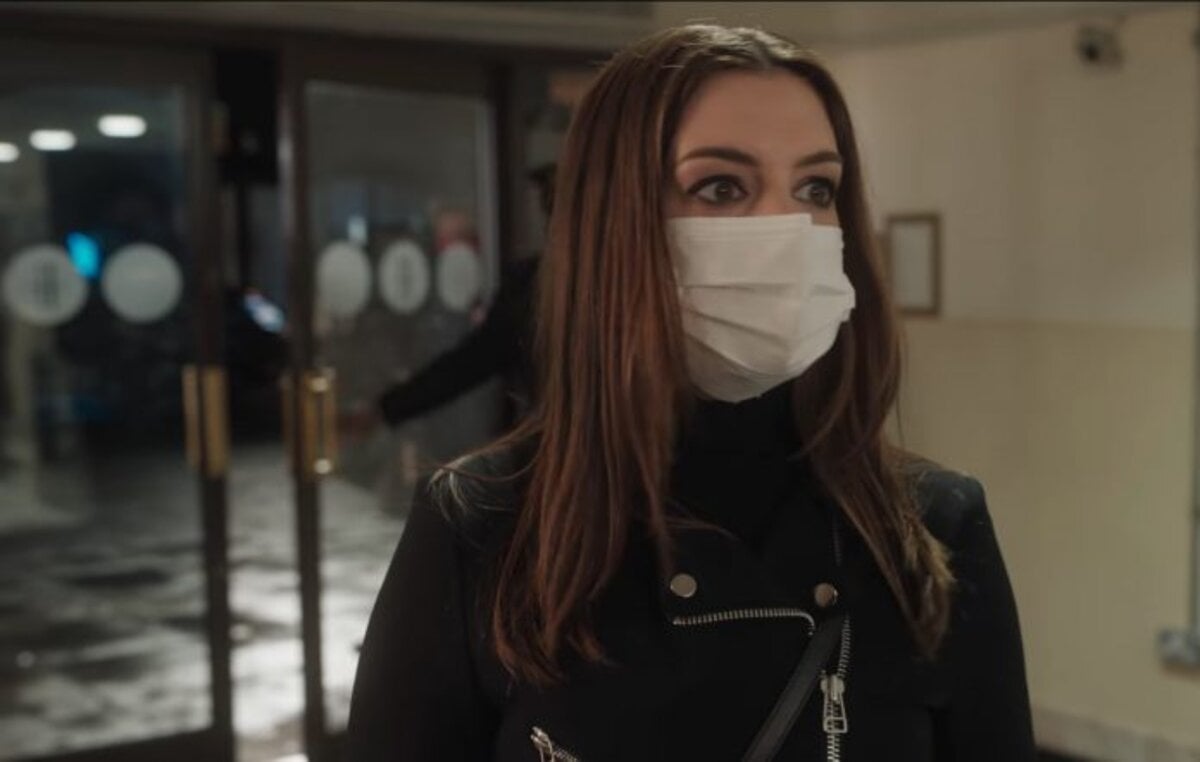 Anne Hathaway and Chiwetel Ejiofor are not the only big names in the Locked Down. Stephen Merchant, Mindy Kaling, Lucy Boynton, Dulé Hill, Jazmyn Simon, Mark Gatiss, and Ben Kingsley will also be in the movie.

On top of this star studded cast, Ben Stiller will also have a role, which is notable since he has taken a step back from acting in favor of directing & producing. 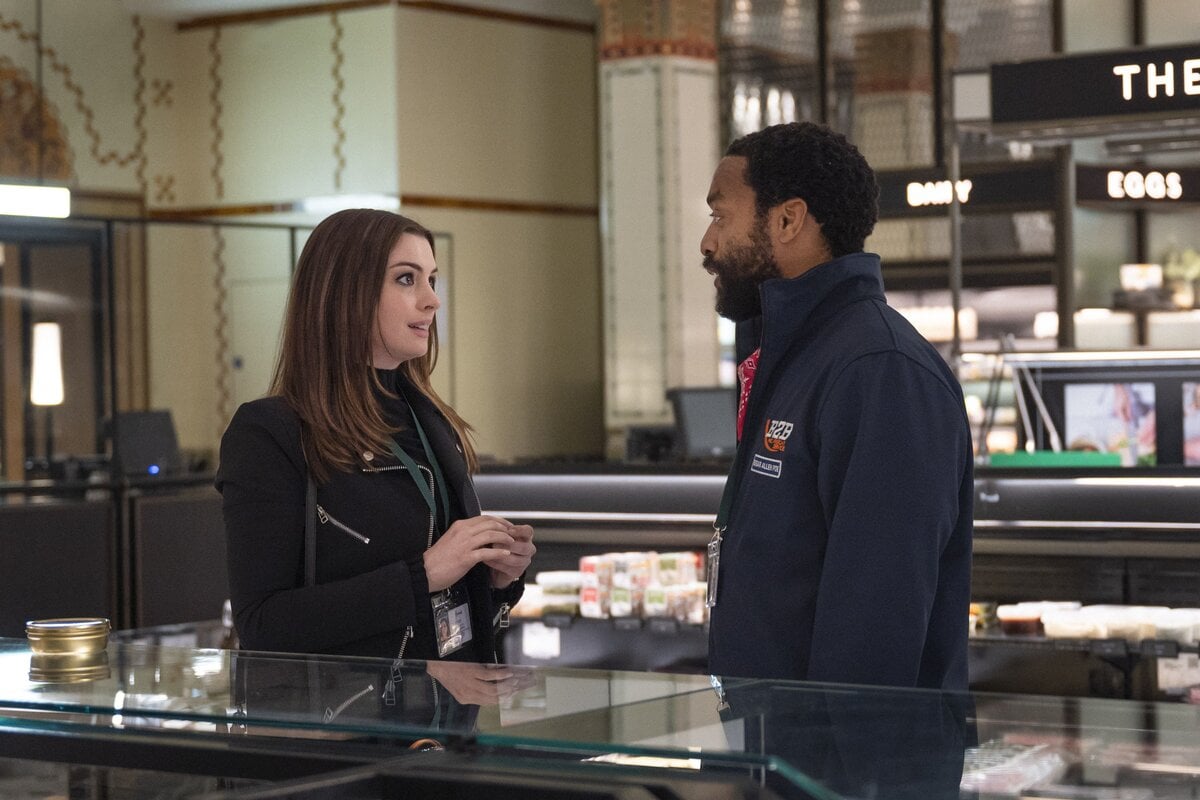 How it was filmed

Obviously Locked Down was filmed during the pandemic, which came with its own set of challenges. However, since the movie takes place during the very same pandemic we’re in, there were a couple advantages which helped with safety. Multiple people appear to only exist as faces on Zoom calls in the trailer, and a number of scenes have actors wearing masks.

The movie was filmed in September & October of 2020 in the United Kingdom. Anne Hathaway addressed the health protocols of the movie saying, “It was scary taking my mask off every day, and so I really appreciated how committed the crew was to keeping their masks on”. She added, “Their professionalism helped keep me safe, and I was and am incredibly grateful to them”. 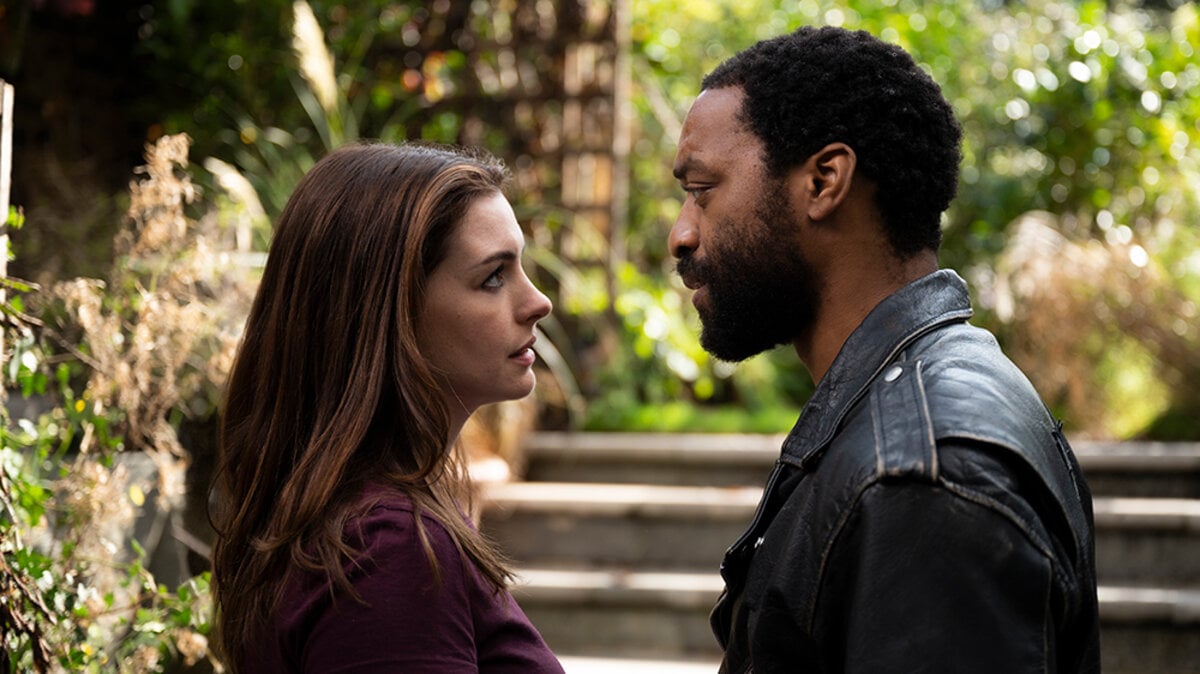 The official description of Locked Down is “Just as they decide to separate, Linda (Anne Hathaway) and Paxton (Chiwetel Ejiofor) find life has other plans when they are stuck at home in a mandatory lockdown. Cohabitation is proving to be a challenge, but fueled by poetry and copious amounts of wine, it will bring them closer together in the most surprising way.”

Surprising is putting it mildly, considering they decide to embark on a full-blown diamond heist. (No this isn’t a spoiler, it’s literally in the trailer.) 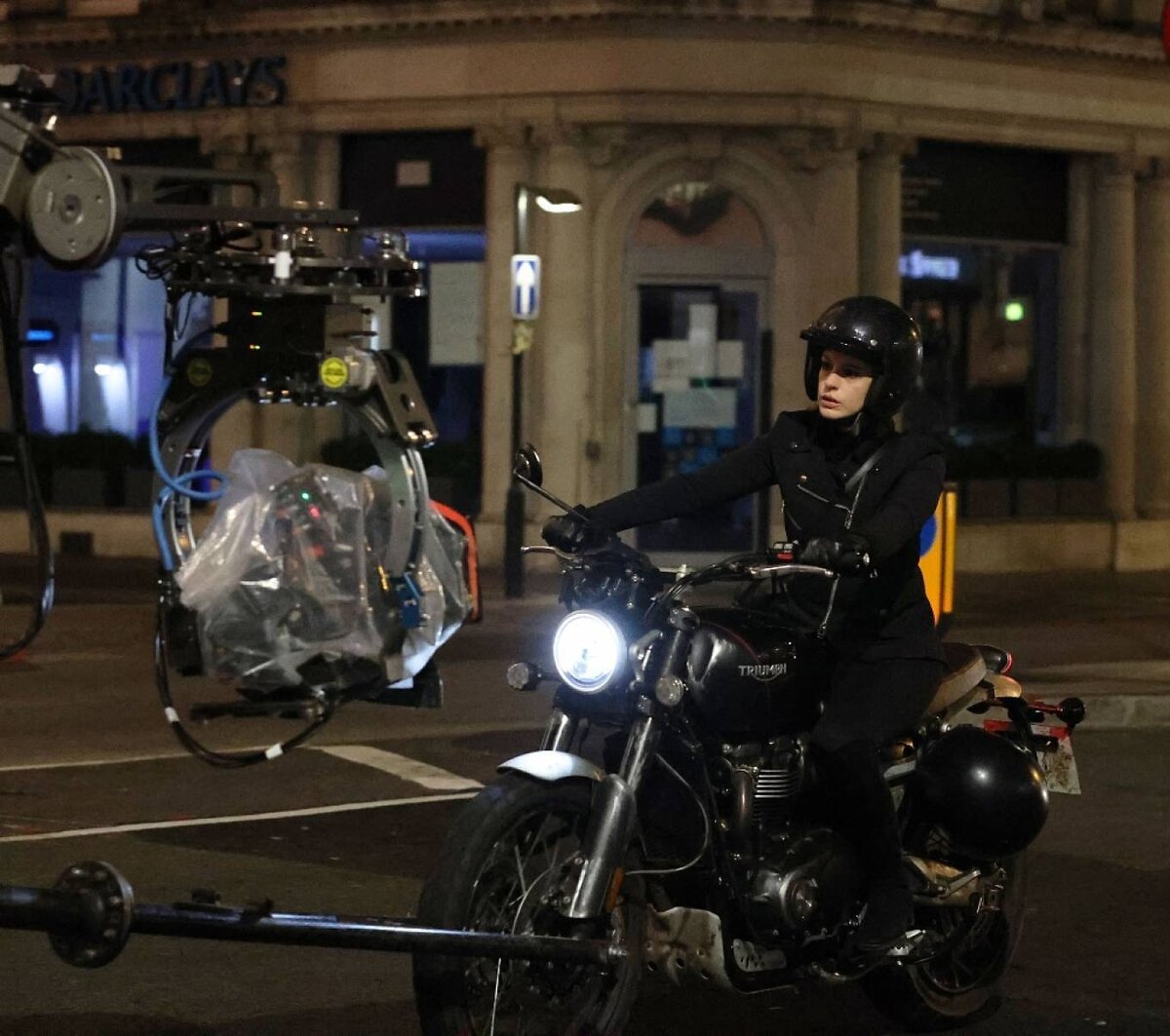 The screenwriter for Locked Down is British writer Steven Knight he has also worked on the new Netflix show Dirty Pretty Things, Peaky Blinders, and the other Anne Hathaway movie Serenity – among many other titles.

The filming lasted a short three weeks where the actors worked to get through eighteen pages of script every day. Apparently Anne Hathaway and Chiwetel Ejiofor even took to taping parts of the script onto one another (in places cameras couldn’t see) in order to not flub their lines.

There was very little studio oversight and Liman described the process – “The resistance I would have felt at other times during my career just wasn’t there”. The film has scenes in the very real Harrods store, something that production says never would have been possible if it hadn’t been shut down for the pandemic. Liman adds that he once told a friend during the process, “There’s no studio – it’s just us making a movie”. 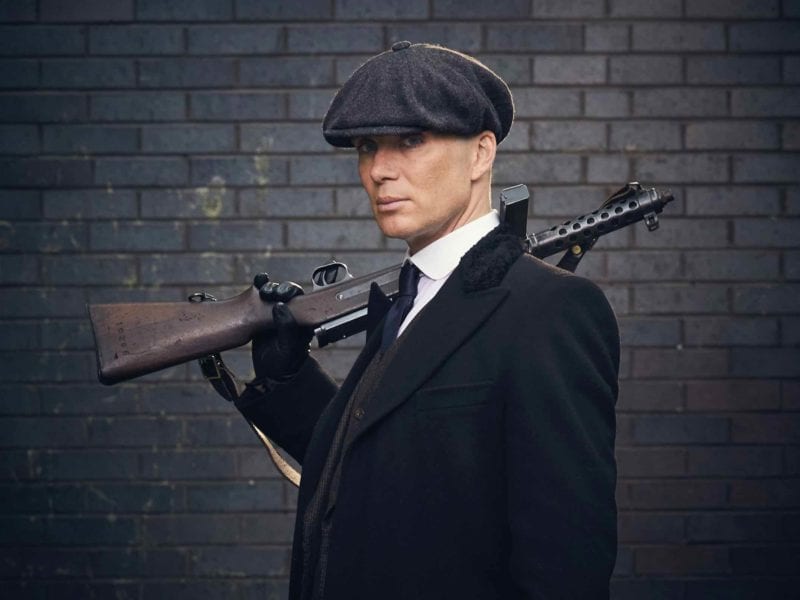 ‘Peaky Blinders’ is the best series of all time, and here’s why