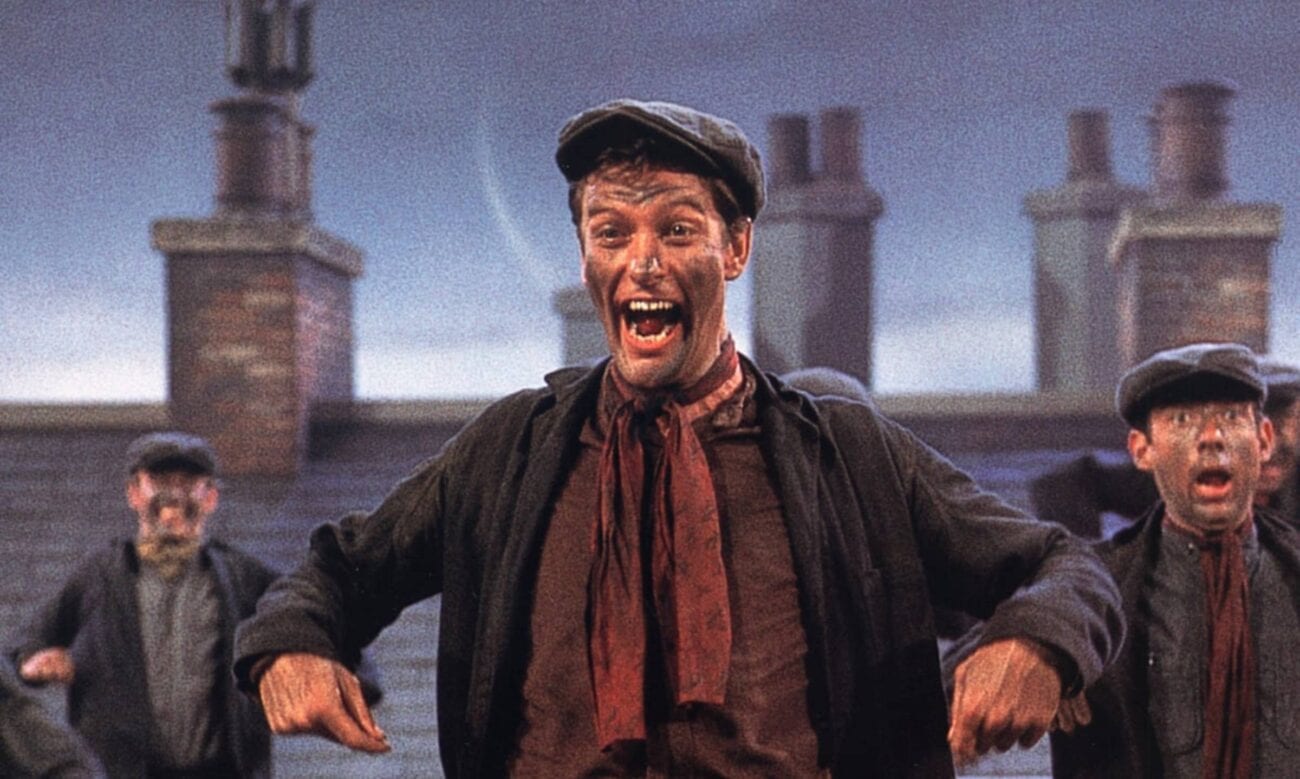 Sometimes filmmakers cast actors for roles that are perfect for them appearance wise, yet when they start delivering the dialogues, it can go a bit south. Casting actors for diverse roles is great, but maybe keep in mind if they sound the part next time.

Take the example of Dick Van Dyke in Disney’s 1964 classic, Mary Poppins; Dick Van Dyke did such a bad British accent in the musical that he’s still apologizing to fans & critics after fifty years.

According to a 2017 poll by Babbel, when a group of American & British actors were asked to vote for “the worst fake accent” in the history of cinema, Dick Van Dyke in Mary Poppins got a thumping response for his performance as Bert in the film. The results of the poll caused the headline “the worst British accent by an American”. 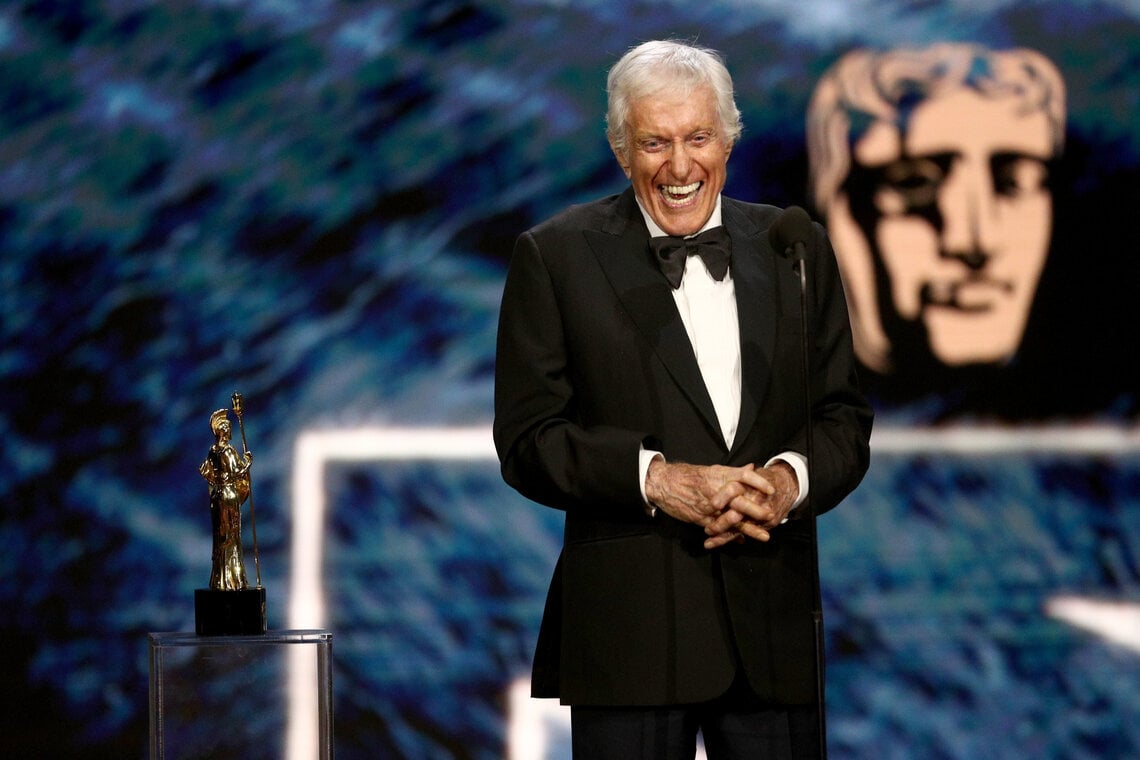 After receiving a BAFTA in 2017, Dick Van Dyke apologized for his poor accent in his winning speech saying, “I appreciate this opportunity to apologize to the members of BAFTA for inflicting on them the most atrocious Cockney accent in the history of cinema.”

Check out our compilation of movie accents as bad as Dick Van Dyke in Mary Poppins:

the saddest part about the wild mountain thyme trailer is that jamie dornan is an actual irish person pic.twitter.com/krhF9esVzw

Frustratingly, in spite of Jamie Dornan hailing from Northern Ireland, he failed to deliver a good performance in terms of intonation & cadence. 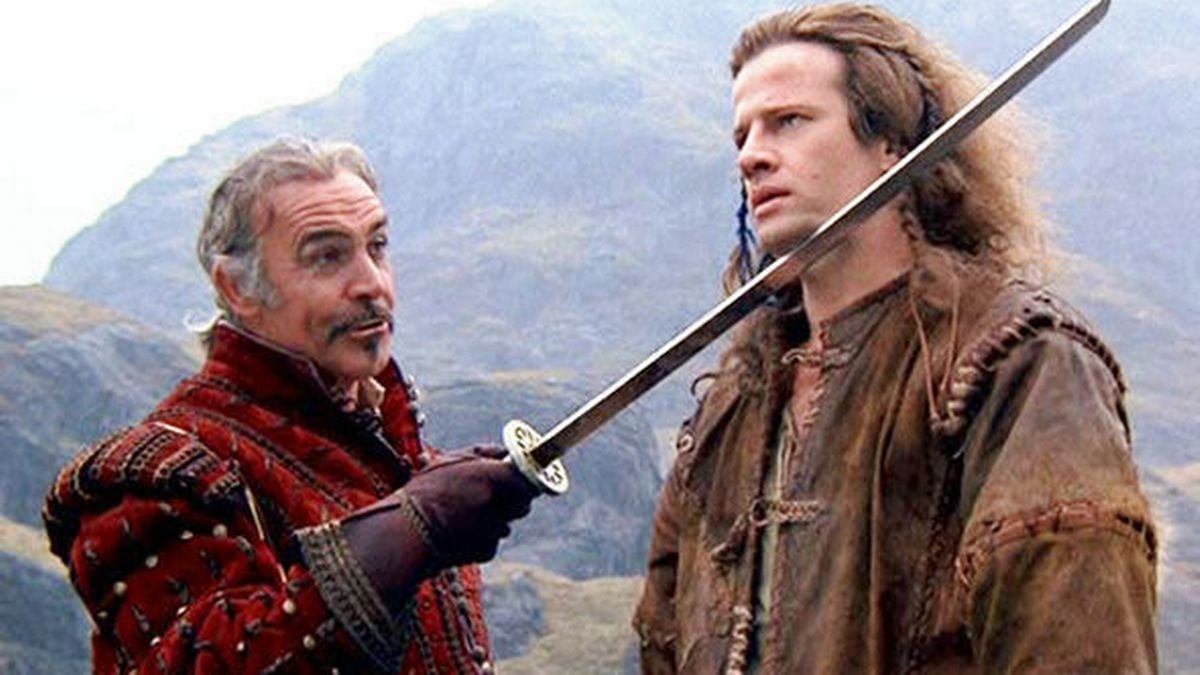 Another cult classic with characters that fell short in giving a sound performance. Sean Connery & Christopher Lambert starred in the 1986 fantasy film, Highlander, and were brutally roasted by critics for their mismatched roles & accents.

In 2018, a CNET column about Scottish accents raised the following questions, “Why the hell was Christopher Lambert, a French-American actor who clearly had no idea what a Scottish accent sounds like, playing a Scotsman?” and “Why was the only actually Scottish actor in the movie — Sean Connery — playing a character called The Spaniard?” Oh boy!

However, director Russell Mulcahy seems to be satisfied with the characters in the movie since he responded to the accent-bashing with “We didn’t bother changing Sean’s accent – this was Sean Connery!” 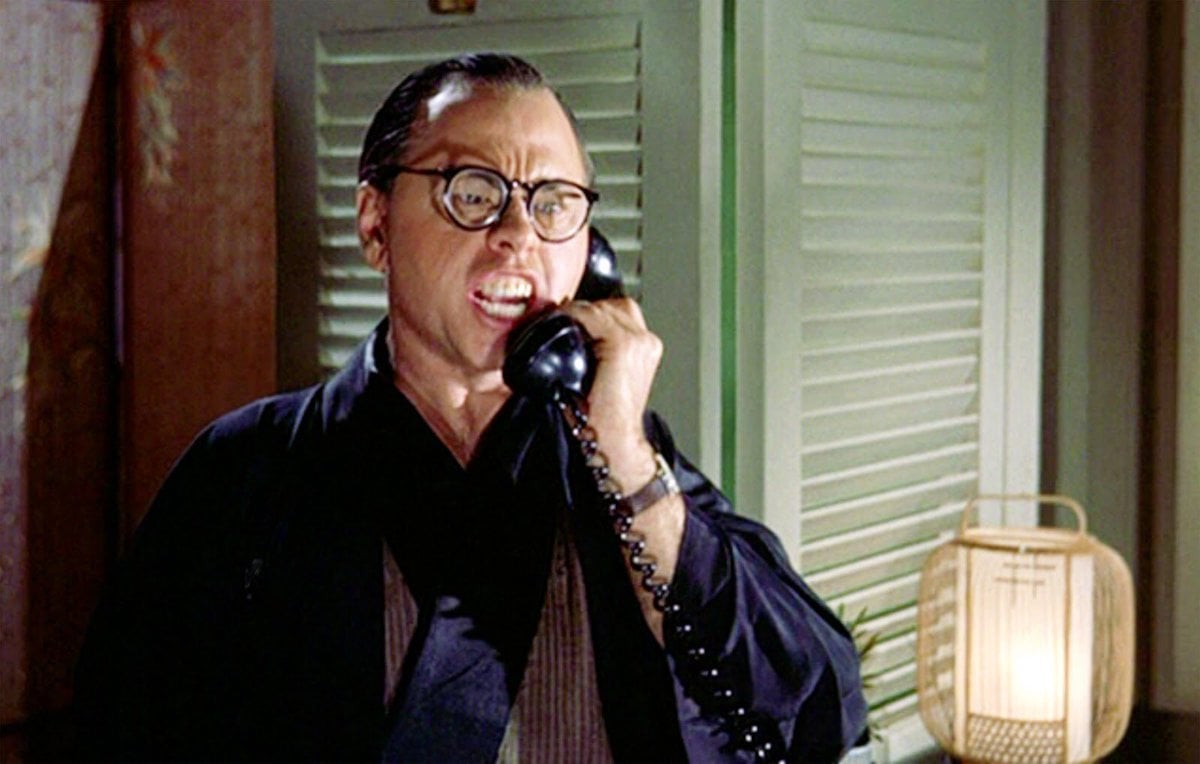 The Audrey Hepburn-starrer was subject to criticism when Mickey Rooney’s portrayal of the Japanese landlord Mr. Yunioshi went south. The racist characterization of the Japanese in the 1961 romantic dramedy was & is considered incredibly offensive.

Later, Mickey Rooney expressed his regret in playing the character saying he wouldn’t have taken the role had he known it would’ve offended people.

After Mickey Rooney’s death in 2014, The Wall Street Journal wrote “Rooney’s portrayal of Yunioshi — taped eyelids, buck teeth, sibilant accent and all — has become one of the persistent icons of ethnic stereotype, brought up whenever conversation turns to the topic of Hollywood racism.” 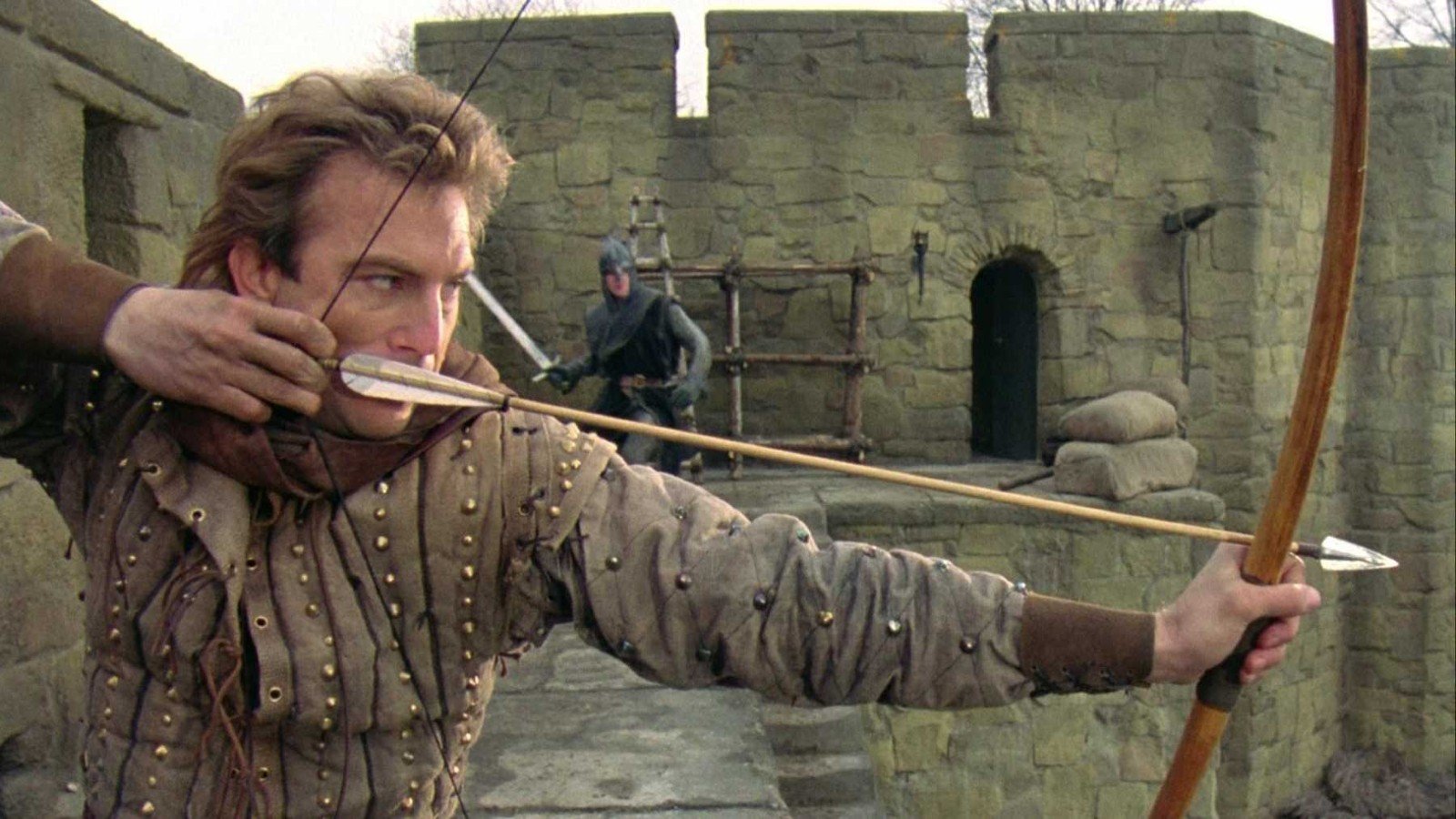 For most of the film, Coster conveniently disregards the role’s call for a British accent and continues on with his usual American speech. Maybe Costner barely bothering with the accent, not to mention his costar Christian Slater, who had an on-again, off-again accent as Will Scarlet, was the reason he didn’t take over Dick Van Dyke on the “worst accent” list. 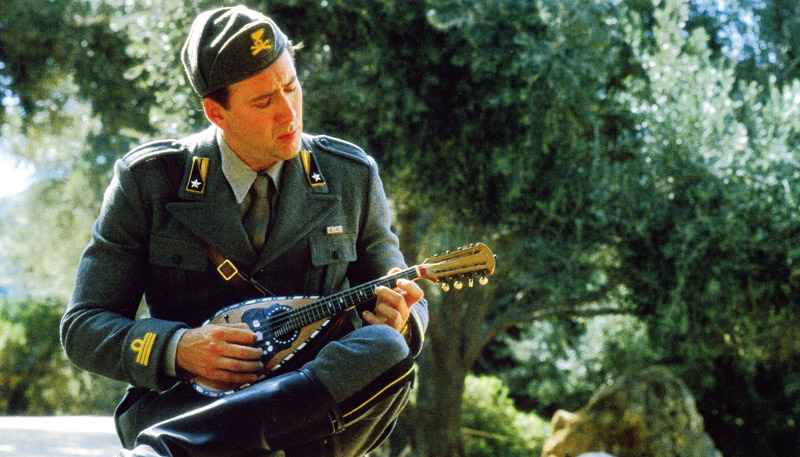 Based on the book by Louis de Bernières, Captain Corelli’s Mandolin is a 2001 war film starring Nicholas Cage as the Italian captain, Corelli. Critics & fans were baffled at Cage’s awful Italian accent that added to the film’s demise.

When The Guardian reviewed the film, it wrote: “What a droopy, disappointing film this is. It has some of the unhappiest casting to be seen and dodgiest accents to be heard in the cinema, the worst offender being the barrel-chested, horse-faced Nicolas Cage as a captain in the Italian army.”

What are some bad movie accents that bewildered you that were worse than Dick Van Dyke in Mary Poppins? Let us know below! 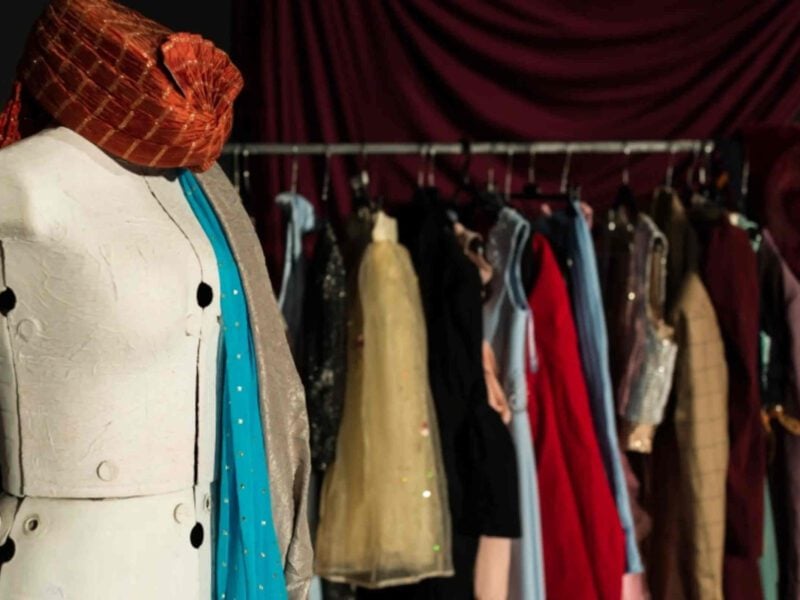