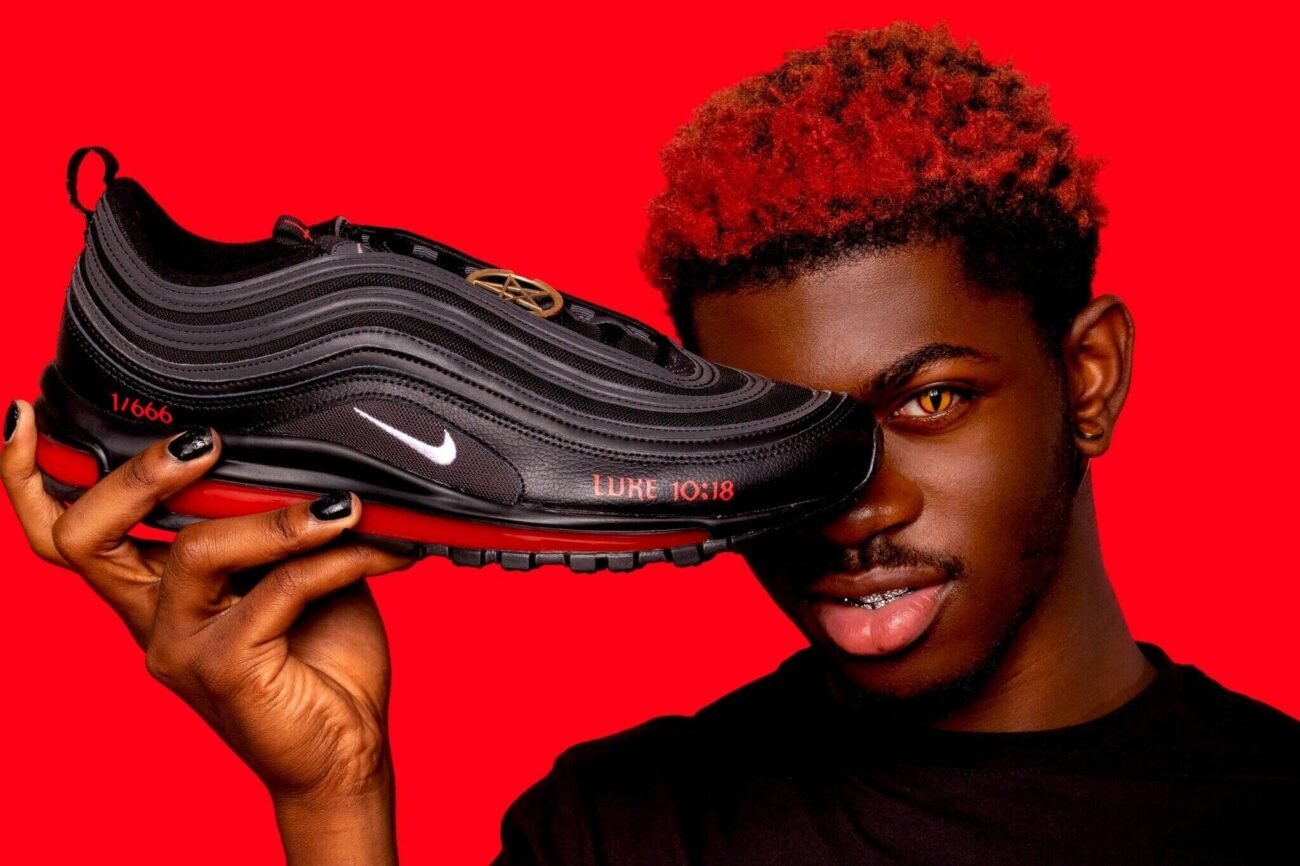 Could Lil Nas X’s net worth get a boost from his Nike shoes?

Lil Nas X made headlines this weekend when a new release was announced from the twenty-one-year-old artist. Lil Nas X rocketed into superstardom when “Old Town Road” went viral in 2019, and the artist seems to have kept busy ever since. However, the release announced today isn’t a new banger, but a release of a completely different kind.

Move over, Kanye, there’s a new hip-hop shoe in town (Yeezy who?); Lil Nas X has a new shoe coming out. CNN Style reported today Lil Nas X has his own set of Nikes coming out and the style is anything but plain. Furthermore, the shoe design might be too edgy for its own good. 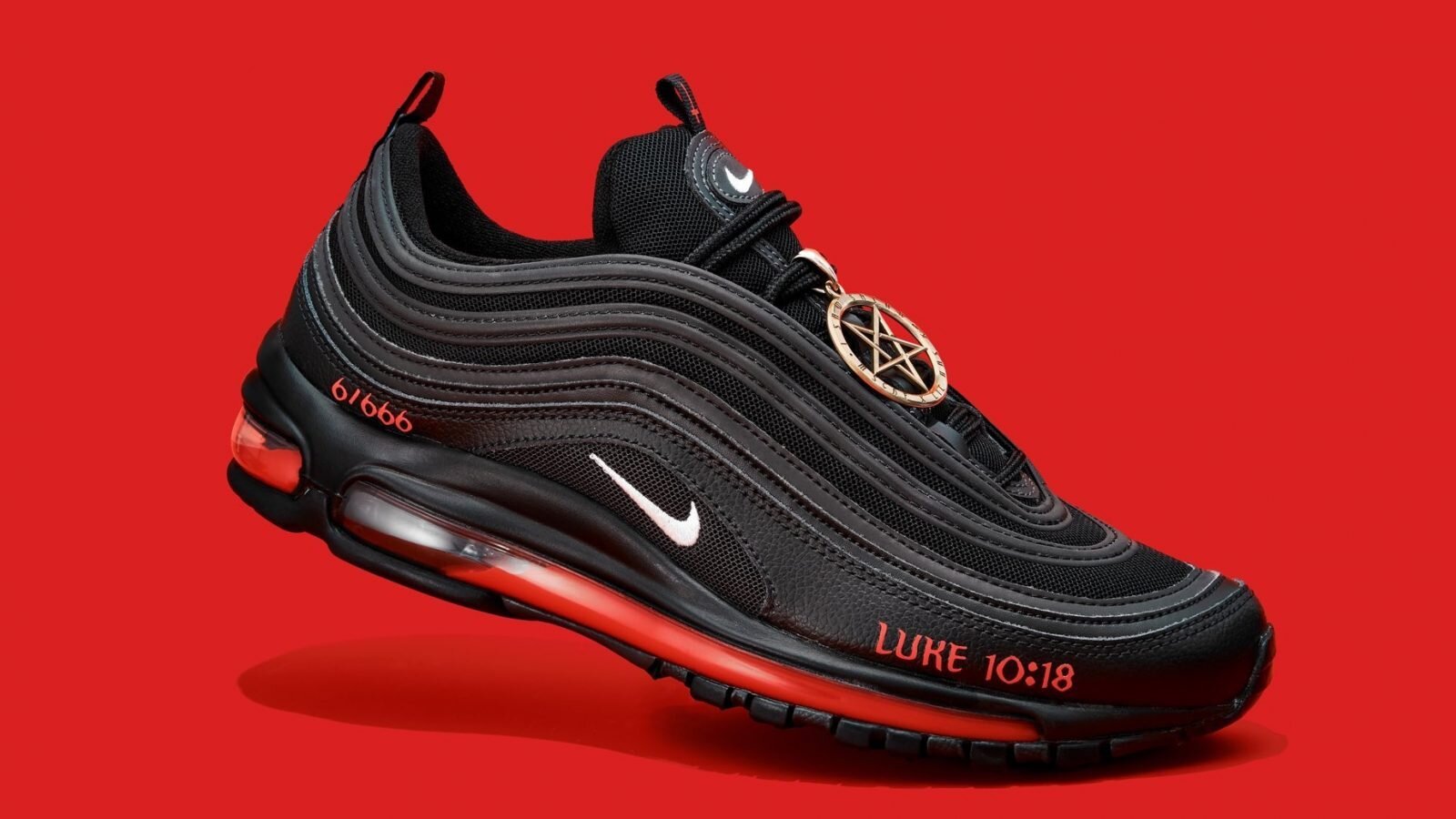 The reports unpacking Lil Nax X’s new release feature a promotional image of the artist with his new shoes; we see Lil Nas X holding a shoe while hiding behind it with devil-eye contact lenses in his eyes and black nailpolish on his fingernails.

The Nikes feature a bronze inverted pentagram, the number 666, and it’s no surprise they’re called “Satan Shoes” – but the devilish details don’t end with these recognizable dark marks.

The new shoes coming from Lil Nas X are set to also feature a drop of human blood in each shoe’s air bubble sole. One last detail tying the theme of the new Satan Shoes together is the price tag; the shoes will cost $1,018, a price referencing the bible passage Luke 10:18 which says,  “I saw Satan fall like lightning from heaven.” 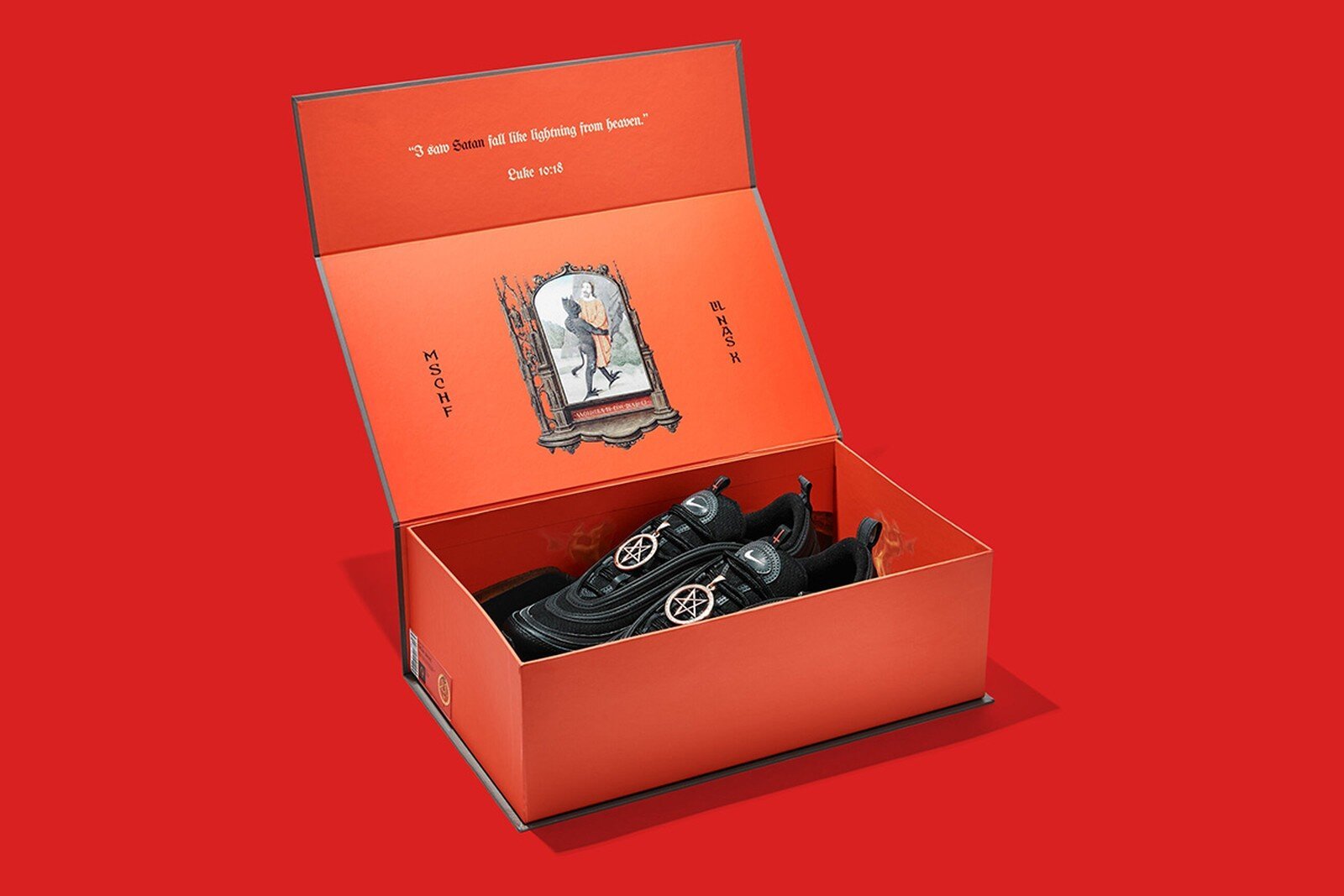 If you’re wondering how Lil Nas X could drop these edgy shoes to little controversy in the God-fearing USA, you should know there wasn’t necessarily a smooth drop. Nike has made moves to distance itself from the new shoes, saying categorically they don’t endorse the shoes, didn’t design them, and don’t have a relationship with Lil Nas X.

If that’s what Nike said, how are these shoes being called Nikes, you ask? The shoes were made using Nike Air Max 97s by the New York-based art collective MSCHF, but Nike seems to have nothing to do with their creation. With only 666 shoes available, the company certainly didn’t need the large-scale production Nike requires. 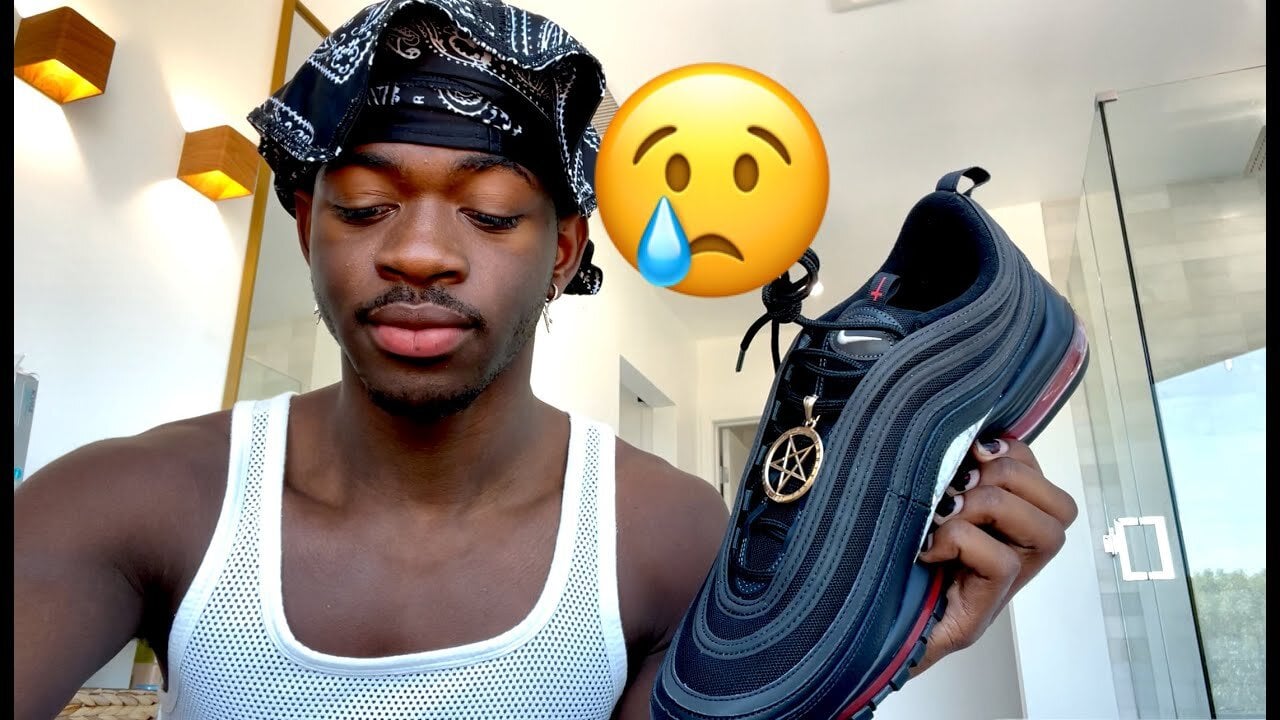 In addition to Nike’s statement, there has been an unsurprising backlash against the shoes from religious figures on Twitter, some calling the shoes “evil” while fans who want to get their hands on one of the limited edition sneakers anxiously await their release this Monday.

With such a hefty price tag on the new controversial sneakers, many fans wonder how Lil Nas X’s net worth will be affected by the new line of limited edition shoes. Will the artists’ net worth skyrocket from the shoe boost? 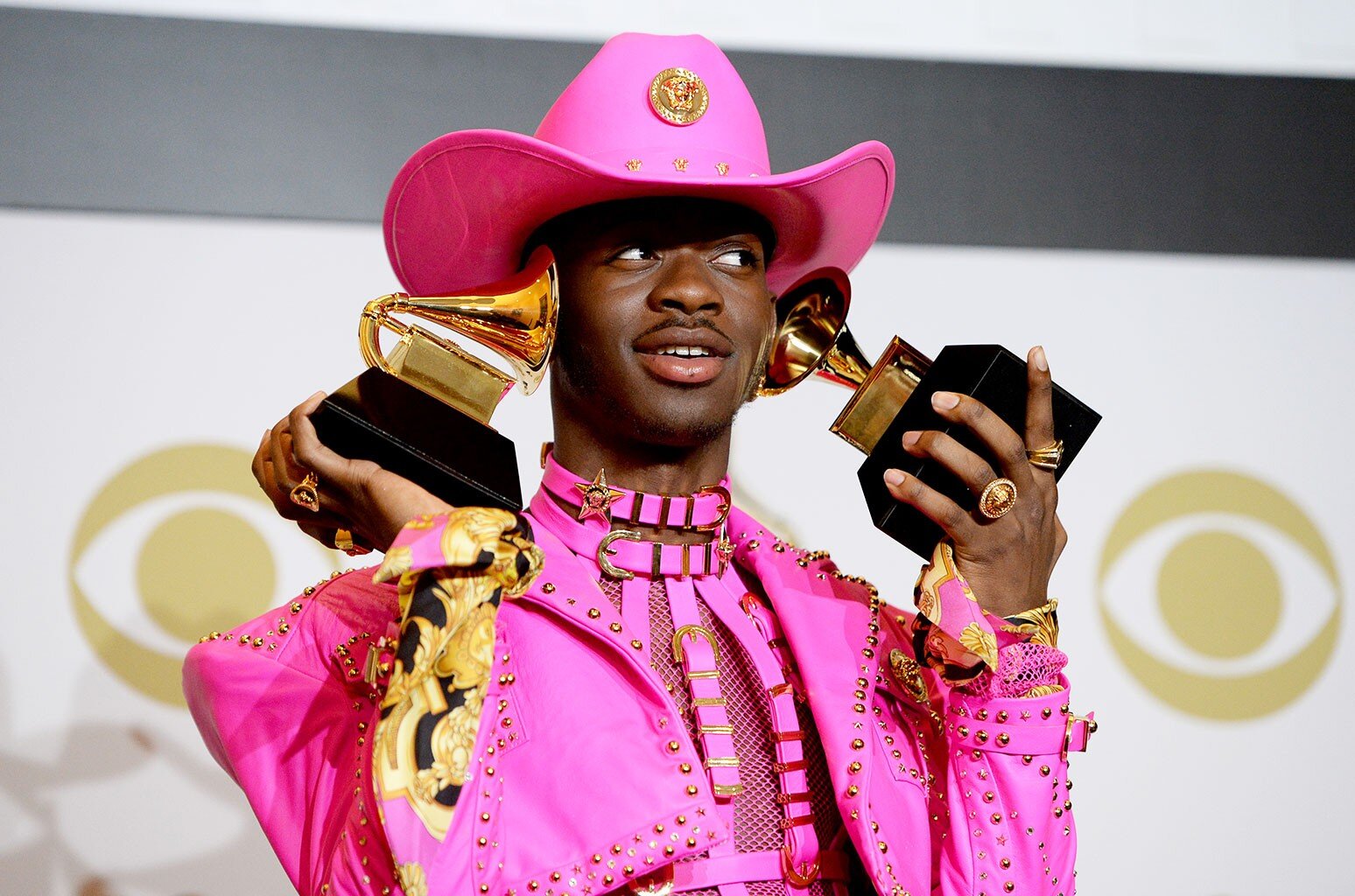 Root of all evil

Celebrity Net Worth lists Lil Nas X’s net worth at $6 million, and any fan who can remember 2019 (a million years ago), isn’t surprised.

Back in 2019, you couldn’t walk down the street without hearing the artist’s breakout hit “Old Town Road,” especially after it was remixed to its most famous incarnation with the addition of Billy Ray Cyrus. “Old Town Road” started pumping up Lil Nas X’s net worth to what it is today, but how will his new venture into fashion affect his bank account? Well, the math is simple.

If there are 666 pairs of Lil Nas X’s new Satan Shoes, and they cost $1,018, how much cash will the shoes yield? Well, the end number is nothing to turn your nose up at: $677,988. Of course, we don’t think all that cash will go straight into Lil Nas X’s bank account, but we imagine he’ll get a nice piece of the profit after everyone else involved gets their checks.