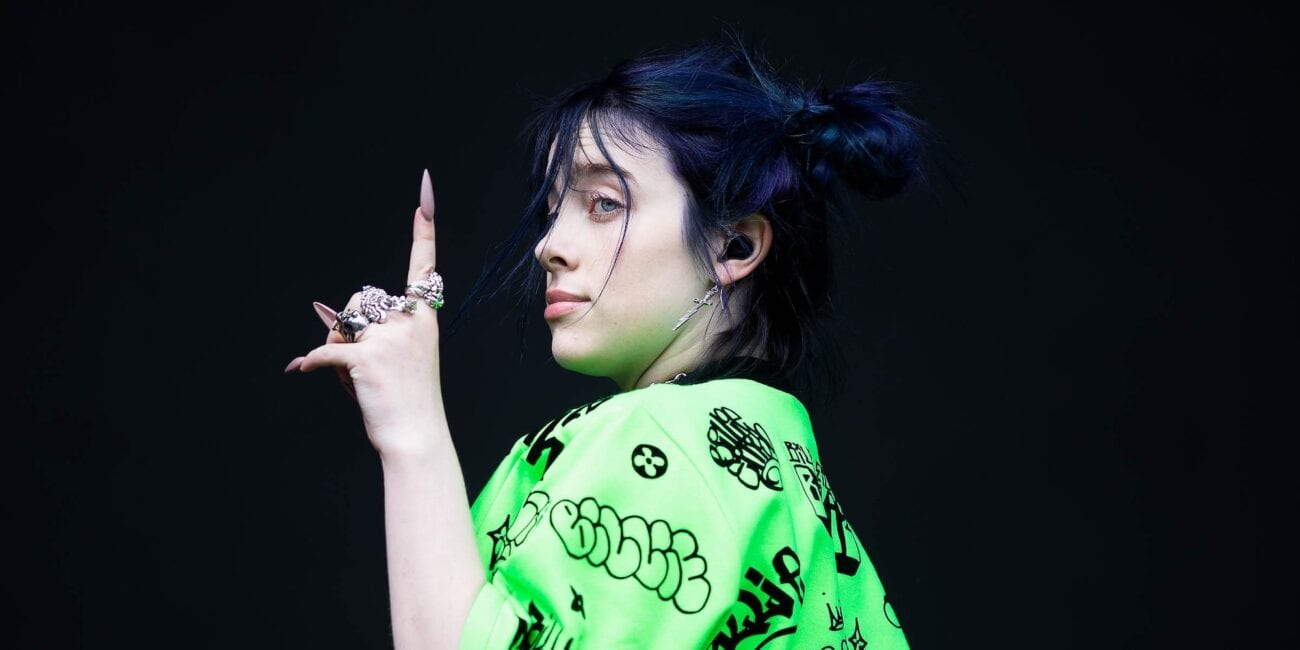 Dark pop artist star Billie Eilish is reawakening the old internet feud – what color is “The Dress”? Except this time, Eilish has us scoping out the color of a pair of her tennis shoes. The optical conundrum is stirring up the same trouble as before – everyone is taking a side.

The color debate started after Billie Eilish flashed a pair of her Nike Air sneakers on her Instagram Story. In the post, Eilish chides her father for saying the shoes were “pink & white”, claiming it’s obvious they’re mint & white. Bated, many fans responded expressing that the shoes do look pink & white.

“Not you guys saying they’re pink and white too,” Billie captioned a video of her looking alarmed.  Fully appalled by the color discrepancy, Eilish dug up all the evidence she could to prove those pink & white seers wrong. 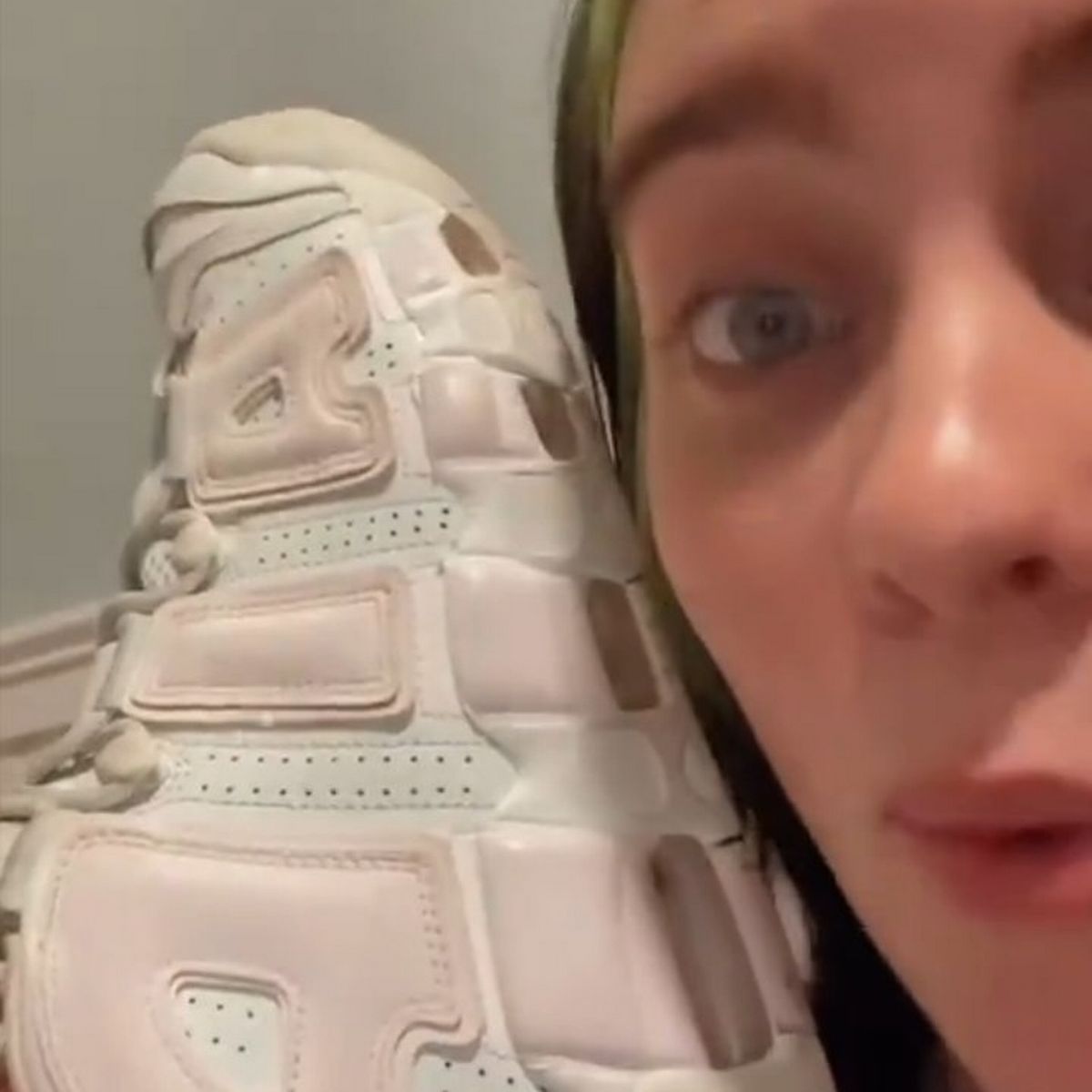 In the hilarious back & forth, Eilish posted many photos of the shoes against other pink & white shoes. She also shared a product listing online confirming they’re “mint white”. However, lots of puzzled followers claimed the shoes appeared to be a different color every time they looked, depending on the lighting & angle.

Billie Eilish yelling at her followers for saying her shoes were pink and white is the only celebrity drama I want to see in my life EVER again.

Still, Billie couldn’t handle the divergence, flippantly saying, “I don’t know what happened to you in your f*cking childhoods, but pink and white?!? That’s what you’re going with? Pink and white? PINK AND WHITE?”

Unless the image of the internet listing of the shoes is fabricated, it’s settled that the shoes must truly be mint & white. We wouldn’t put it past her to do some trolling, but she seems pretty adamant that the shoes are mint & white, so we concede. (Though they really do look pink in some shots, ammi right?!) 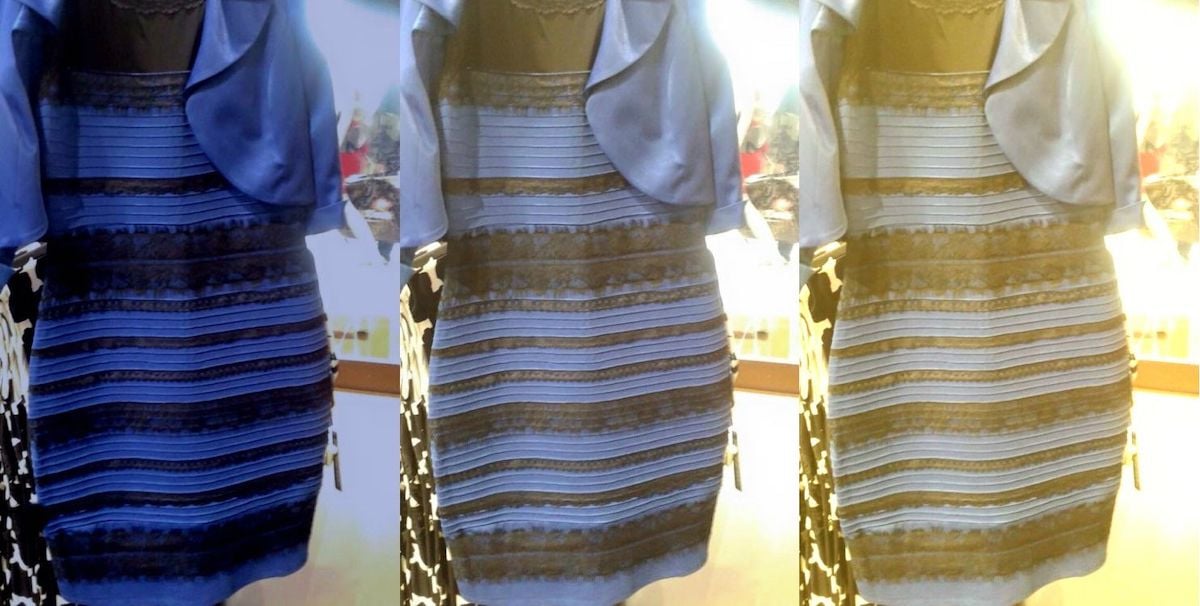 The first internet color battle started back in 2015 when a photograph of a dress went viral on the internet. People instantly butted heads, some saying that the dress was black & blue while others claimed it was white & gold.

The image first appeared on Facebook before Twitter took over the debate with over 10 million tweets mentioning the dress, using hashtags such as #thedress, #whiteandgold, and #blackandblue. 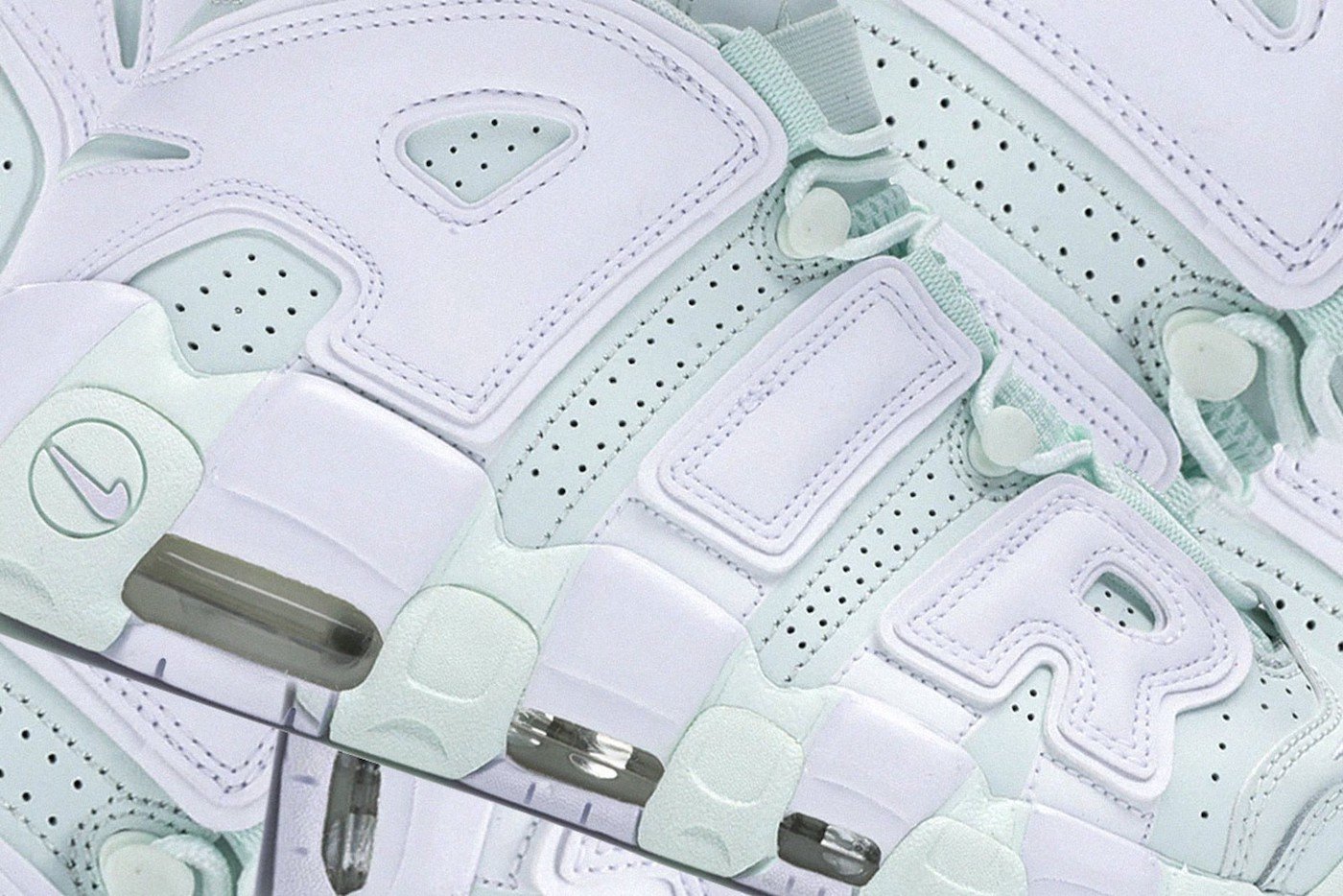 Scientists eventually discovered that the dress was actually blue & black, but the overwhelming discrepancy prompted an in-depth look into color pattern perception. There’s no consensus on how color perceptions can vary so dramatically, but some believe it has to do with the brain’s interpretation of color & chromatic adaptation. 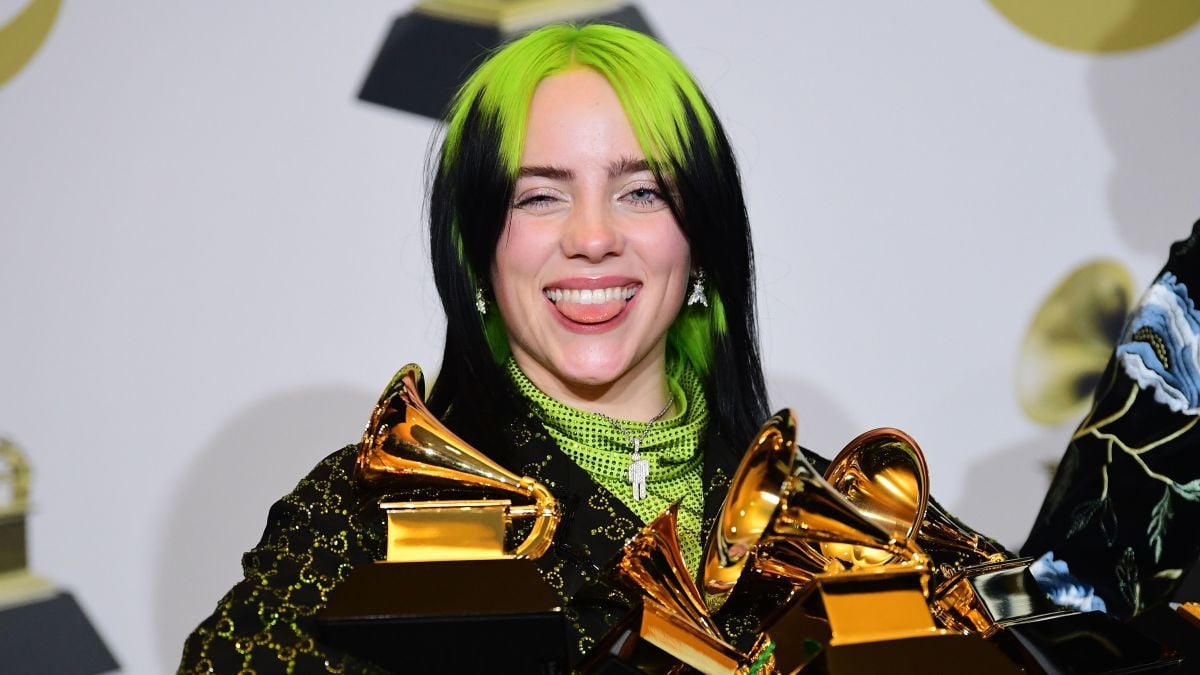 What does Billie see?

When asked by fans, Billie Eilish weighed in on the original dress color debate. She declared that the dress was blue & gold. Um, Billie – that wasn’t an option! You’re not really helping your case here!

“I cannot stress it enough,” Billie said in her Instagram Story, “it is blue and gold.”

To try and prove her theory, the pop artist digitally grabbed the colors from the photo, displaying the dress’s colors as blue & gold on the palette. If anyone can flip science the bird, it’s Billie Eilish – our new color ambassador.

What color do you think the shoes are? Pink & white or green & white? Chime up with your take in the comments! 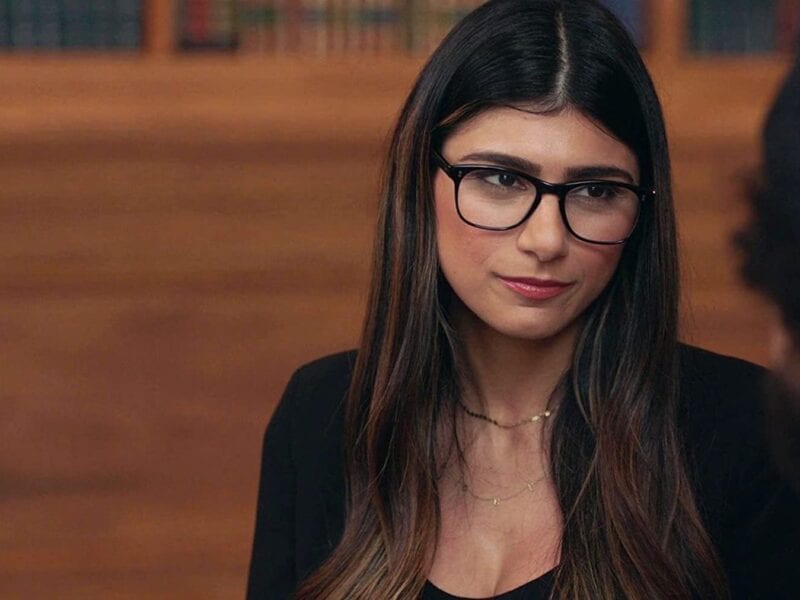 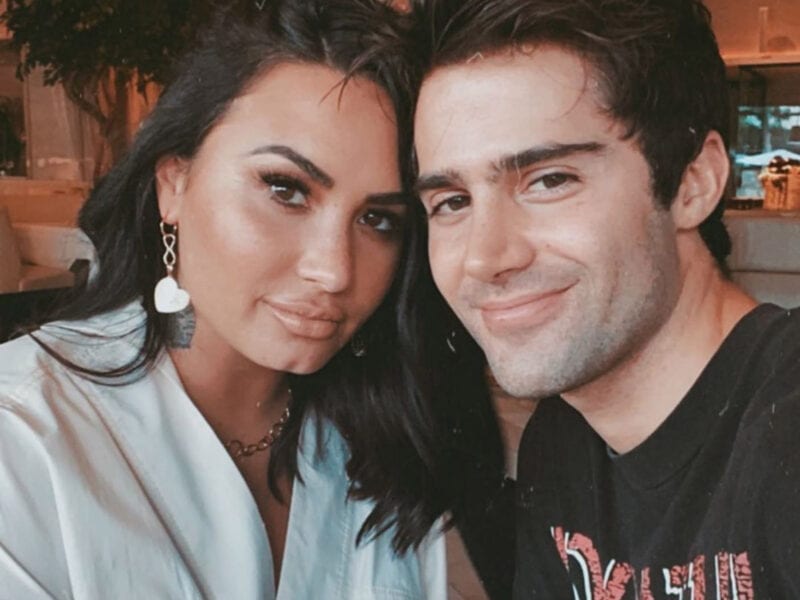 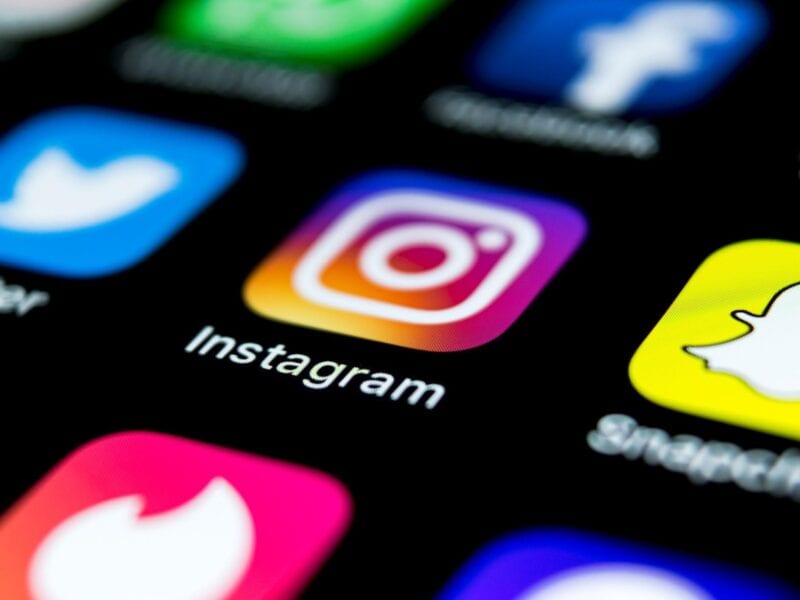