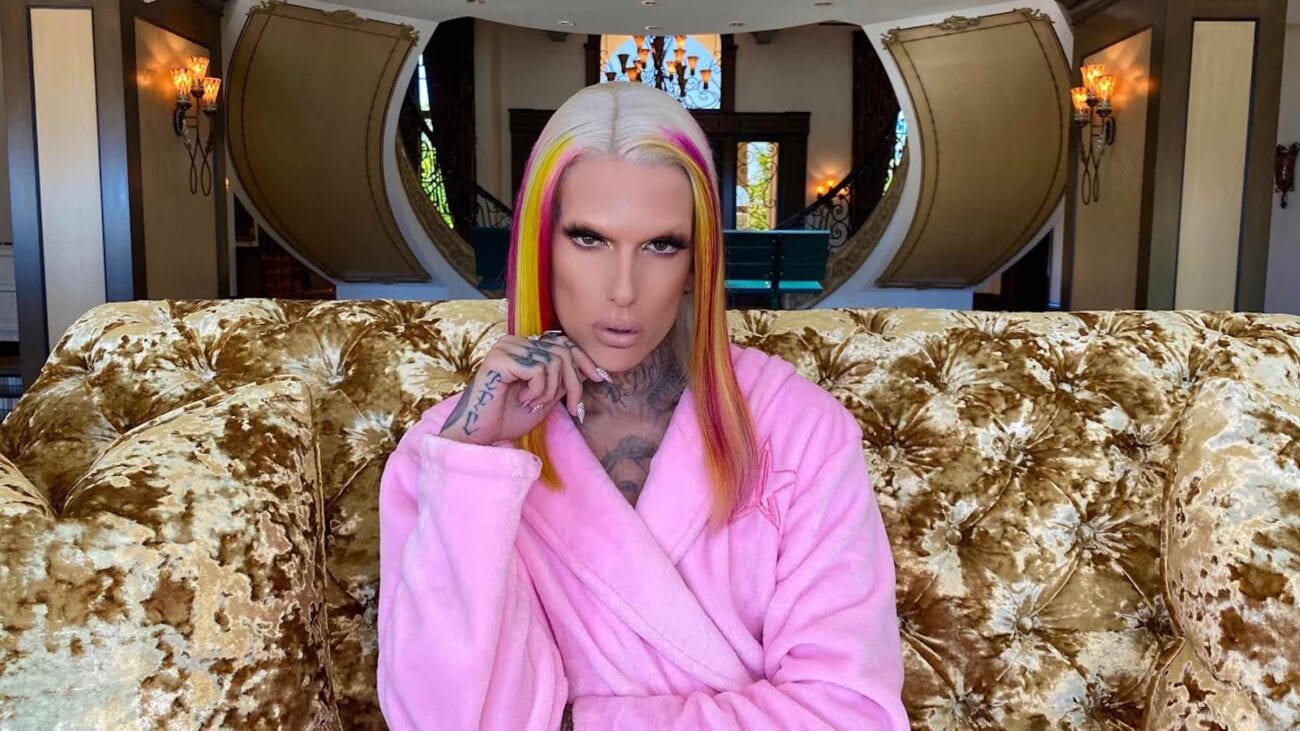 Is Jeffree Star really burying the hatchet? He released a video yesterday to his YouTube channel where he assured fans there would be no more drama. The beauty guru explained that, for the sake of his mental health, he was taking a step back from both LA and his previous actions, explaining to fans some of what had been going on with him behind the scenes.

Now, his remaining viewers are wondering if Jeffree Star will address the drama between him and fellow beauty guru James Charles. However, the video focused more on Star’s own inner growth during the pandemic and his announcement that he is selling his LA home and will now live full time in Wyoming.

But what happened in regards to the Jeffree Star vs. James Charles drama? What’s next for Jeffree Star? We searched through the video to find out. Grab your beauty brushes and dive into the latest Jeffree Star video.

For those of you who may need a reminder, back in 2019 during the Tati Westbrook situation with James Charles, Jeffree Star was already notorious for getting into drama, with this situation being no exception. Star took Westbrooks’ side and declared that he knew quite a bit about Charles and the allegations against him.

Though Star posted an apology video about the situation and how he reacted initially, Westbrook revealed in a video posted in 2020 that it was Star and his partner Shane Dawson who essentially created the feud in the first place. This led to another apology video from Star and silence from all three parties ever since.

Though the drama has died down, many fans of these gurus are wondering just what happened behind the scenes and, more importantly, who to believe. Therefore, when Jeffree Star released his video yesterday, many assumed it would finally put the drama to rest.

🙏🏻 NEW VIDEO ALERT 💖 Addressing my mental health and letting you all know about some huge life updates. Watch: https://t.co/5sLZhjXceD

The video, however, focused more on Star’s inner turmoil over his depression and unhealthy habits as well as his newfound push toward self-care. His biggest reveal was about him selling his house in LA and his decision to live in his Wyoming house full time, though he did mention that the move would not be permanent as much of his business is in LA.

In vague terms, Star mentioned his actions, saying how the days of him clapping back and getting involved in drama were over now that he was dedicating himself to his own care. He discussed his hardships and how, after receiving help, he was dedicated to his own happiness and keeping himself in a positive mental state.

Many of his fans have differing views on the announcement as well as his roundabout address of past events. Twitter, of course, became their location for discussion.

Many of Star’s fans & detractors took to Twitter to discuss his announcement as well as express their . . . mixed emotions on the subject. These reactions include:

Such a powerful vid. Mental health is no joke! I hope you are doing well, keep bossing it. 🔥 💚

Mental health is serious, so we’re glad he’s dedicating himself to his!

… comes in.
And, as someone who's watched your career, I see it! I think you are truly happy! It's SO wonderful to see. Congratulations! Sending peace, love and happiness to you!

Facing your demons is never easy, but it’s true – the healing is worth it!

Im continually disappointed in u, I wish you could give more compassion to those u hurt instead of urself, great your working on your mental health but what about the ppl u've made feel the same, maybe it's made up to u but u are gaslighting by saying sry to those u hurt..

His vagueness on some of these topics can be a bit . . . disconcerting.

Honestly I really appreciated this. It’s so great seeing not only you but people in the comments really taking control of their lives and health after covid. I stepped down from my job, quit vaping, I’m starting school finally.. growth is important and I’m so happy for you! ❤️

We are glad you are growing as well!

Thank you so much for your video! I now have the courage to seek help for my depression! I need to remember that I also need to take care of me! Looking forward to seeing your progress!

Seeking help is always hard, so good for you that this inspired you!

What are your thoughts on Jeffree Star’s new video? Drop them below in the comments to help us finish off this new makeup look!