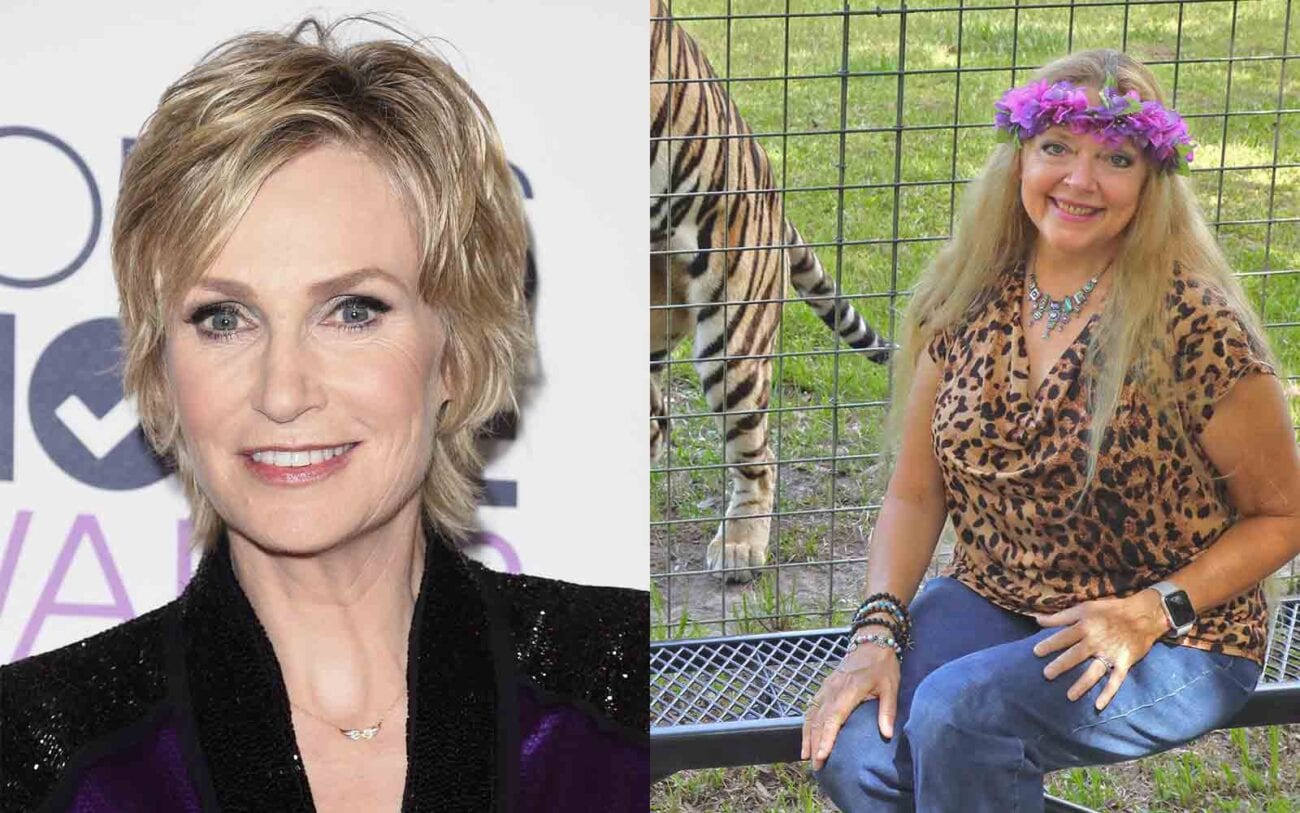 Jane Lynch is thirsting for Carole Baskin? These memes are fire

Jane Lynch became a well-known celebrity thanks to her role on the television show Glee and has now taken on the role of hosting a new version of the game show The Weakest Link. However, her new show is not the reason Lynch is making headlines right now.

Recently, in an interview Carole Baskin said that she’s known she’s bisexual ever since the 1980s. Baskin was engaged to a psychologist who was heavily involved with the queer community and the aids epidemic, and Baskin suddenly realized the thing that had always made her feel different was the fact she was equally attracted to men and women. She even said, “Even though I’ve never had a wife, I could just as easily have a wife as a husband.”

TMZ tweeted out an article detailing Baskin’s coming out and Jane Lynch responded by saying, “Are [you] trying to make my dreams come true?”

Are trying to make my dreams come true?

Most of the replies to Lynch’s tweet are horror and disappointment. After all, Baskin shot to fame earlier this year for being part of the Tiger King docuseries – a story where there were no heroes and a lot of not-so-great people. Not to mention it convinced many people that Baskin killed her husband who went missing and still hasn’t been found.

A few people defended Lynch saying her tweet was clearly sarcasm, but not many were convinced. In order to properly convey their dismay the internet created memes. Here are their best jokes.

Is this kink shaming?

One Twitter user sent Lynch a gif of the actress herself saying “go feel shame”. It feels, perhaps, a little aggressive, but it’s also pretty funny.

Now I want to see a movie w/ Jennifer Coolidge as Carole & Jane as the girlfriend/tiger wrangler/trainer https://t.co/dfqBvgjGWB

This fan wasn’t put off by Jane Lynch’s thirst for Carole Baskin and instead pitched a new movie idea based on an alternate universe where Baskin marries a woman. We’re not sure why she picked Jennifer Coolidge to play Baskin, but we think it somehow adds the proper amount of chaos this concept deserves.

Our movie pitch is less of a comedy and more of a gothic horror where two equally powerful and angry women live together as a couple, but also kind of hate each other and are constantly trying to kill one another, but can never quite seem to manage it because they’re both too smart.

This image and caption together sound like a grade school teacher surprised and disappointed by the actions of the goody-two-shoes, straight A student.

Well…we all have our tastes. :)

Somehow, despite the very encouraging text and little smiley emoticon this tweet manages to exude absolute disdain and we are impressed with this person’s ability to communicate on the internet.

This person single-handedly proved that “sarcasm doesn’t work on the internet” is no longer true.

One person was so confused by Lynch’s tweet that they refused to believe the actress wrote it herself. That would be a very weird reason to hack someone’s Twitter account though. Sorry, Chloe, we think Lynch really is thirsting for Carole Baskin.

Girrrrrl, watch yourself! She's gonna feed you to a tiger when she's done with her next lover.

Won’t get out alive

A lot of memes referenced the suspected murder of Don Lewis – Carole Baskin’s missing husband. Many people in the replies said Lynch would get herself killed if she ever dated the Tiger Queen.

However, we like to think Jane Lynch could handle herself – see our movie pitch above.