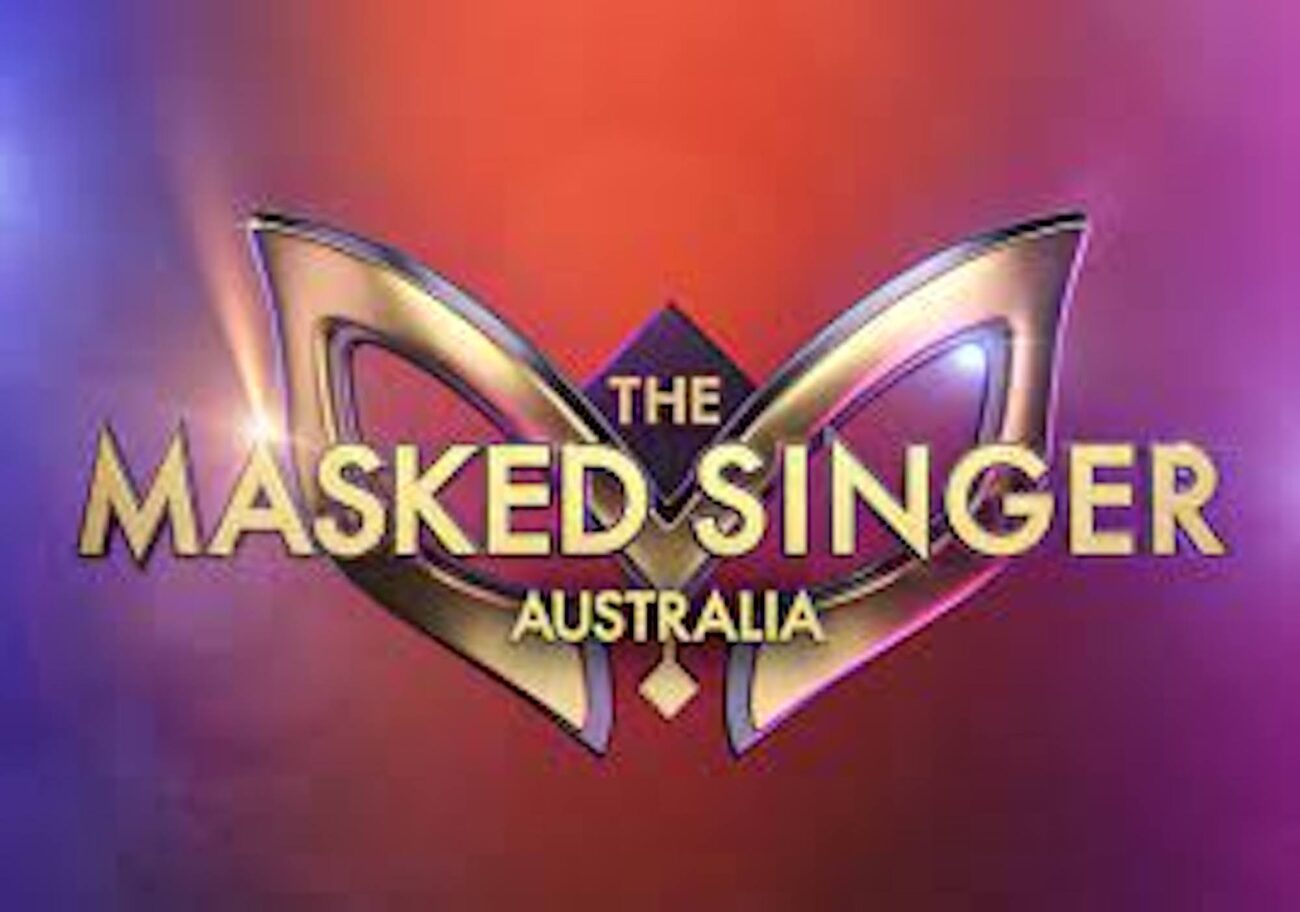 An awkward moment during a celebrity reveal during a recent episode of The Masked Singer Australia has gotten some laughs afterwards. The contestant Atlantis was revealed to be American recording artist Natalie Renée McIntyre. McIntyre is better known by her stage name, Macy Gray.

A Grammy Award-winning performer, Gray has been active as a musician for over thirty years. She has performed at major music festivals and is recognized all over the world. It makes sense for someone who is so used to the limelight to not want to step out of it. This is exactly what happened when Macy Gray was revealed on The Masked Singer. 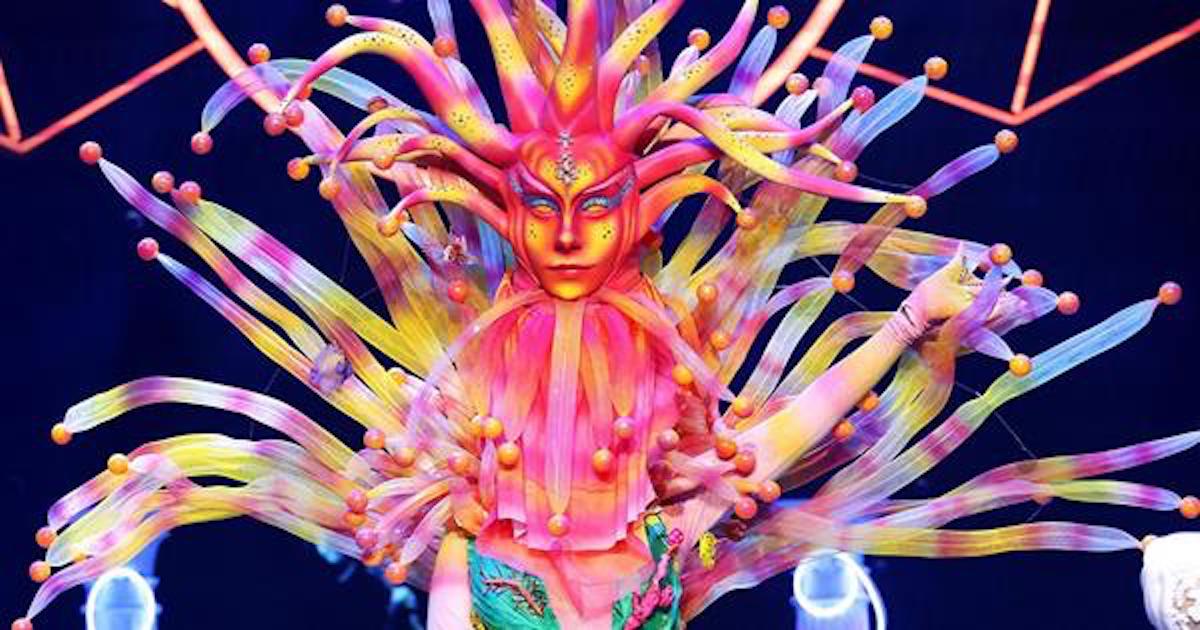 When the American version of the show premiered in early 2019, The Masked Singer was seen as an enigma by some. Since then, however, it has become a sort of cult sensation, spawning spinoff series in a number of countries, including Australia. That is the version of the show that Macy Gray decided to be a contestant on. Apparently, she liked it so much that she didn’t want to leave.

After singing her version of Elle King’s “Ex’s and Oh’s” to an unimpressed remote audience, Atlantis was forced to take her mask off and have her identity revealed. As the host began to pull the elaborate headdress off, the judges were in a state of high anticipation.

Once it was revealed to be Gray, excitement flooded the stage. Only one judge, Urzila Carlson, was able to guess correctly before the host screamed “It’s Macy Gray!” 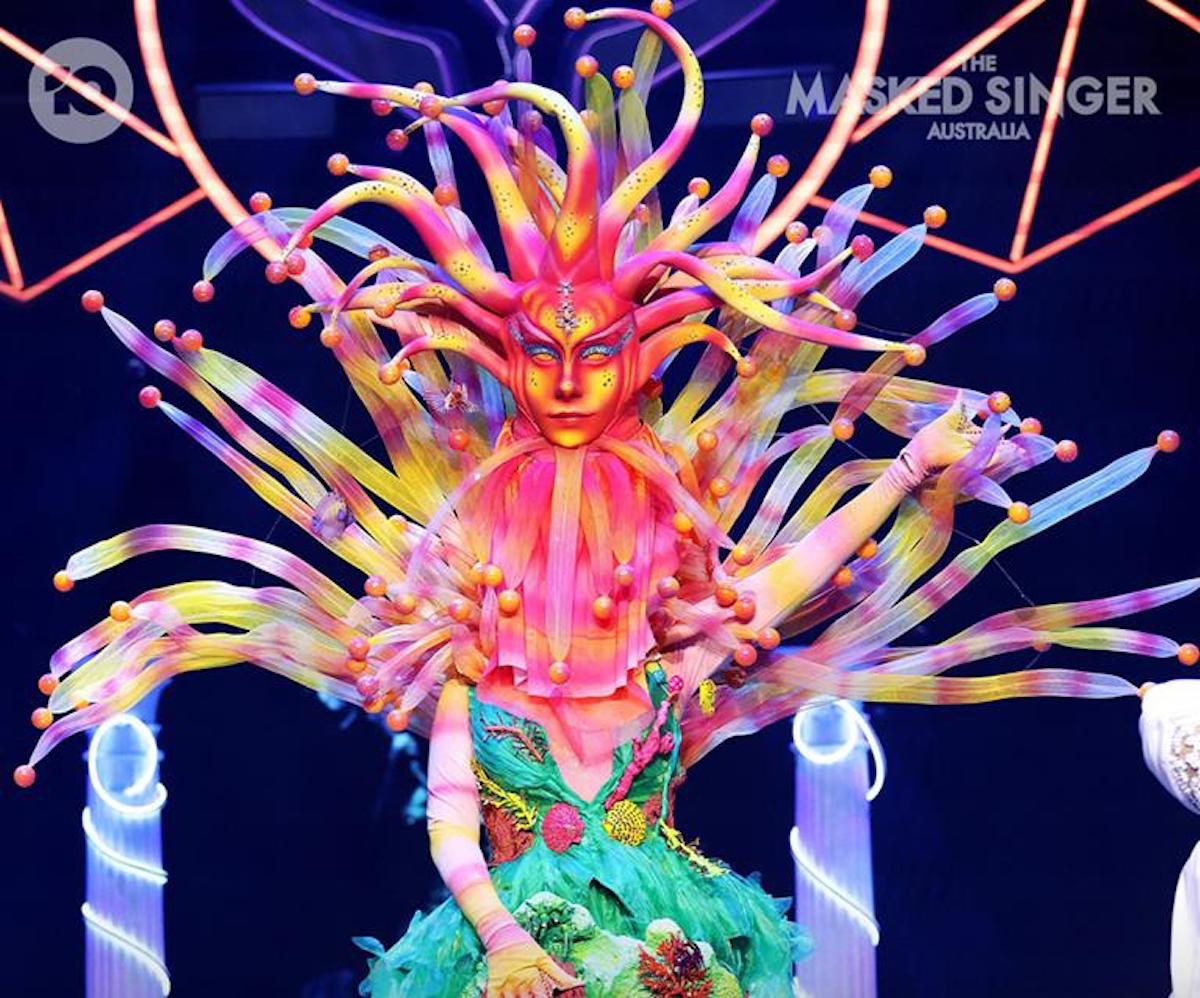 After having her identity revealed, Gray talked to the judges and said that she was “cracking up” hearing their guesses, which include Bonnie Tyler, Noni Hazlehurst, and Rihanna. Gray also noted that she had peppered in a few clues that may have given her identity away, such as the fact that her first record deal was with Atlantic.

Macy Gray admitted that being on The Masked Singer was akin to being in “a nice prison.” Apparently, Gray did not want to leave this prison anytime soon.

Despite the commotion around her celebrity presence, Gray was not so thrilled to have been revealed. Even though she was voted off and seemed to be cordial on-air, there was allegedly a bit of drama away from the cameras. 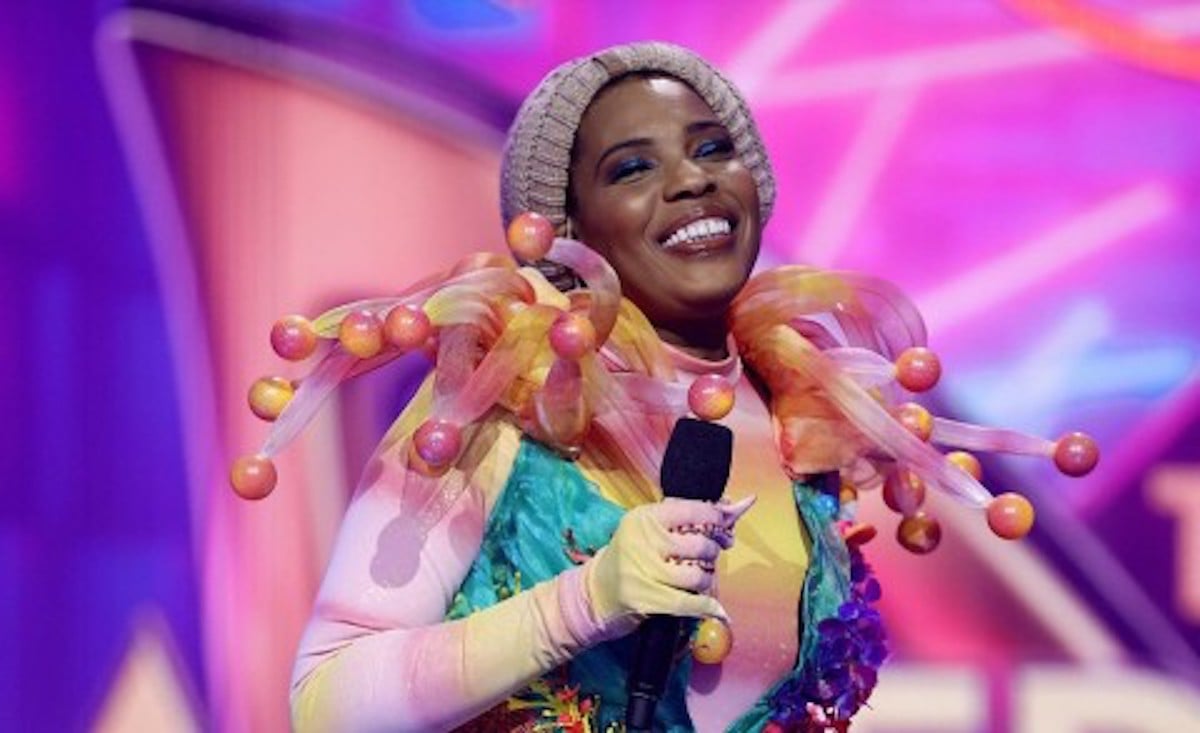 On the Australian morning radio talk show 2Day FM’s Morning Crew, comedian and Masked Singer judge David “Hughesy” Hughes revealed that Macy Gray would not budge when she was asked to leave The Masked Singer. Hughes told listeners that before her identity was to be revealed, Gray got into a heated discussion with the show’s producers.

When the recording artist was told that she would have to leave the studio, she insisted on staying. They told her that in order to film the rest of the show, she would have to take her mask off. Gray, however, kept it on. Eventually, Gray begrudgingly allowed her identity to be revealed. All the while, Hughes said it was getting late and the cast & crew wanted to go home. 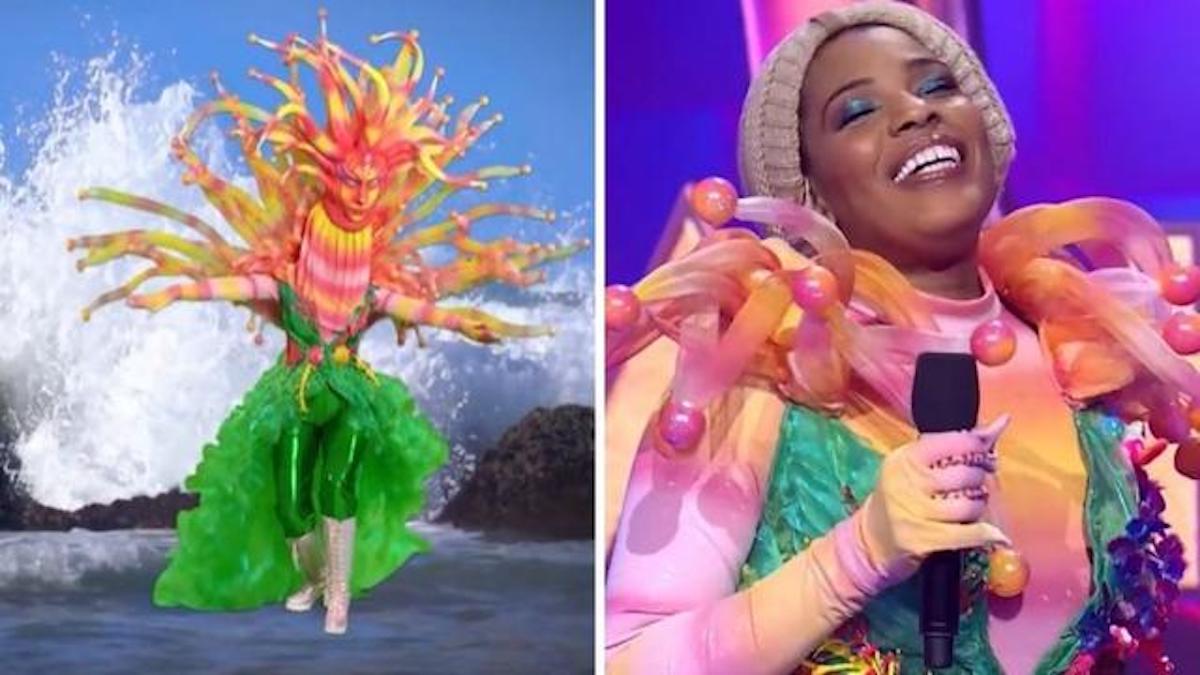 David Hughes’ fellow radio personality, Erin Molan suggested that perhaps Gray wanted to stay on the show to get paid more. Hughes said that he was not able to comment on the financial contracts of the contestants.

Despite being a renowned and popular performer, Macy Gray is no stranger to making headlines. 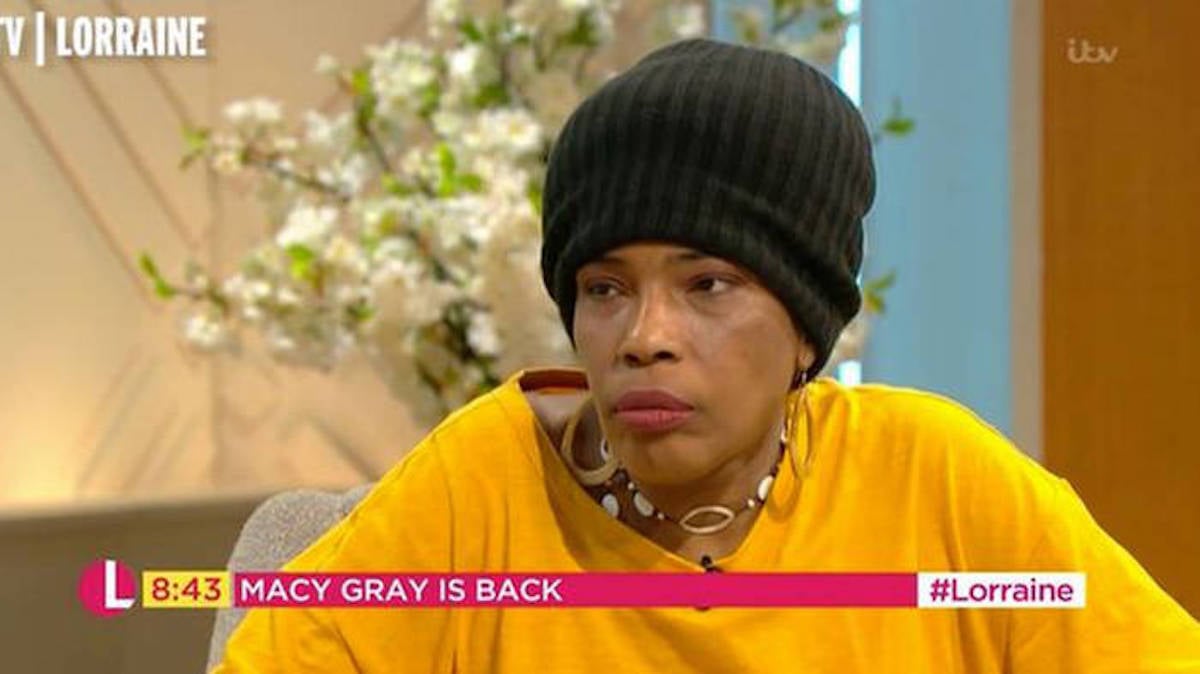 Macy Gray was in the news recently for an op-ed piece she wrote ahead of Juneteenth. In the article, she states that the flag of the United States needs to be redesigned in order to be more inclusive and representative. She likened the current flag to the Confederate flag, in that it has come to represent negative aspects of America.

Gray proposed that two more stars be added to the current flag to represent Puerto Rico and the District of Columbia. She also suggested that off-white stripes should be added, as well as stars that represent a variety of skin tones. Gray’s redesign of Old Glory is meant to represent the United States in a more honest manner.

Not everyone took a liking to Gray’s idea, though. Former GOP house candidate Lavern Spicer tweeted that Gray had “one hit song about 20 years ago and hasn’t done anything since.” Last year, Gray performed at a fundraiser for President Joe Biden.

Despite Macy Gray’s ability to stir up public opinion, she remains a compelling & mercurial performer. What did you think of her being revealed on The Masked Singer? Let us know in the comment section 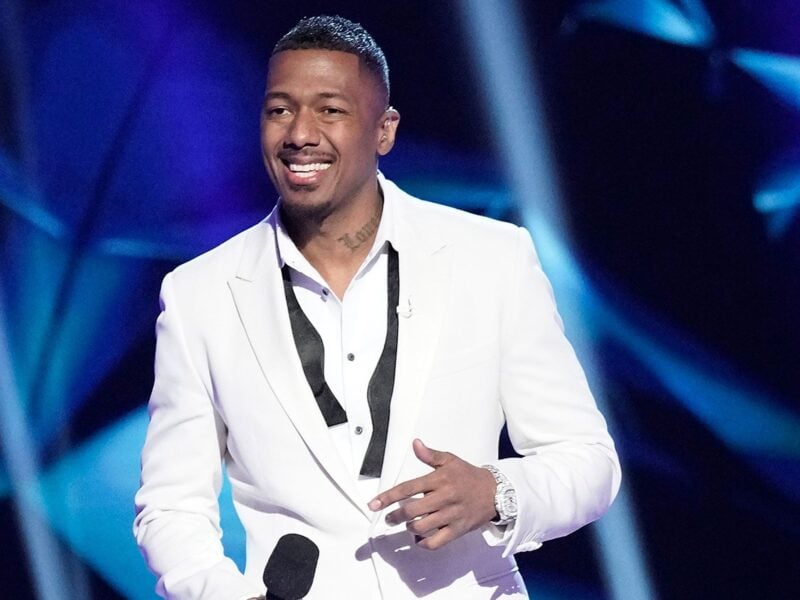