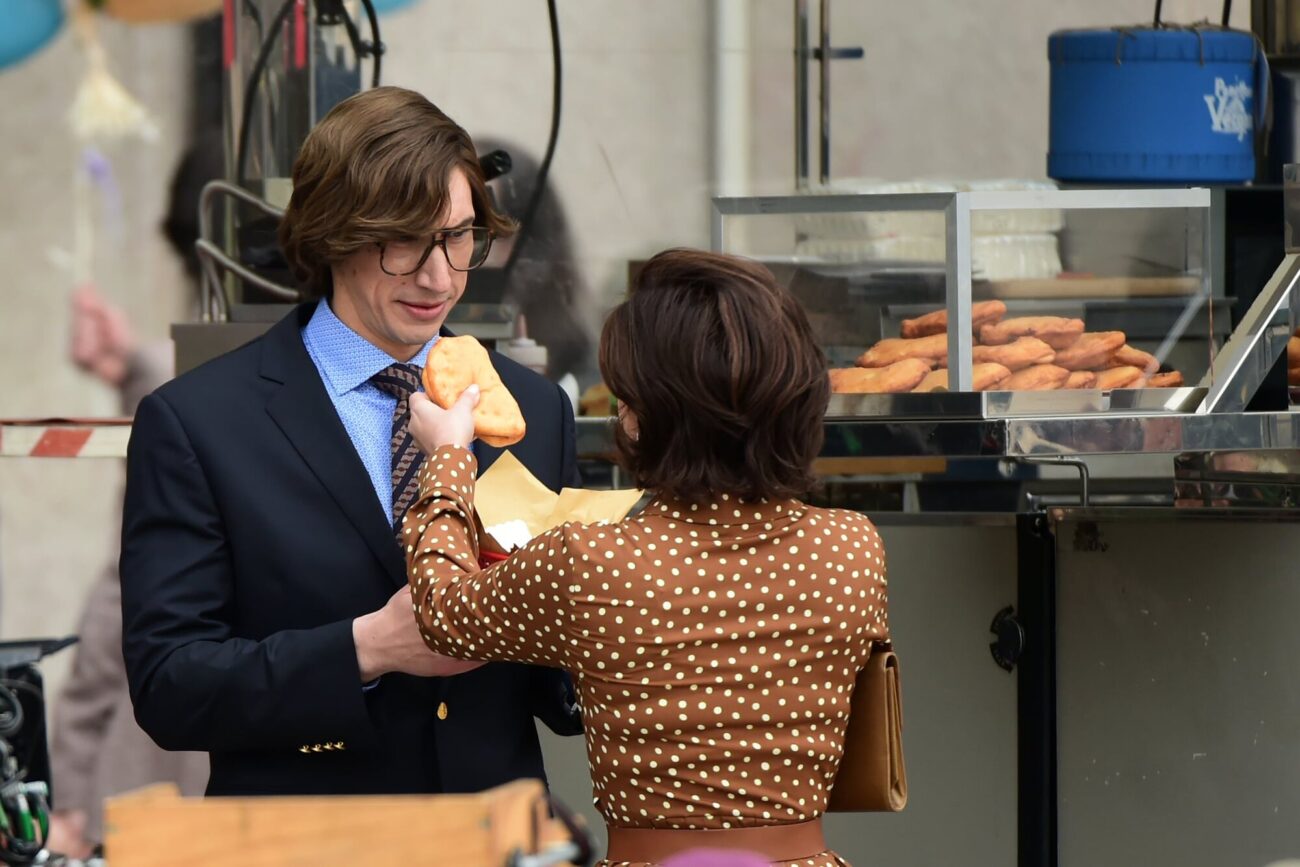 Why is Lady Gaga feeding Adam Driver in this movie? Digest the evidence

The latest movie buzz on Twitter has monsters of the world in a tizzy: it’s about the new Lady Gaga movie. In what appears to be an obvious albeit innovative promotion, photos from the upcoming Lady Gaga movie lit up Twitter this week, and cinephiles & Gaga fans alike are wondering what’s the deal with the wacky pics.

Lady Gaga isn’t the only person who’s caused a massive response on Twitter from the pictures from the upcoming Lady Gaga movie; Adam Driver’s in the pics too, and if you haven’t seen them, he’s eating food by Gaga’s hand in the viral photos. 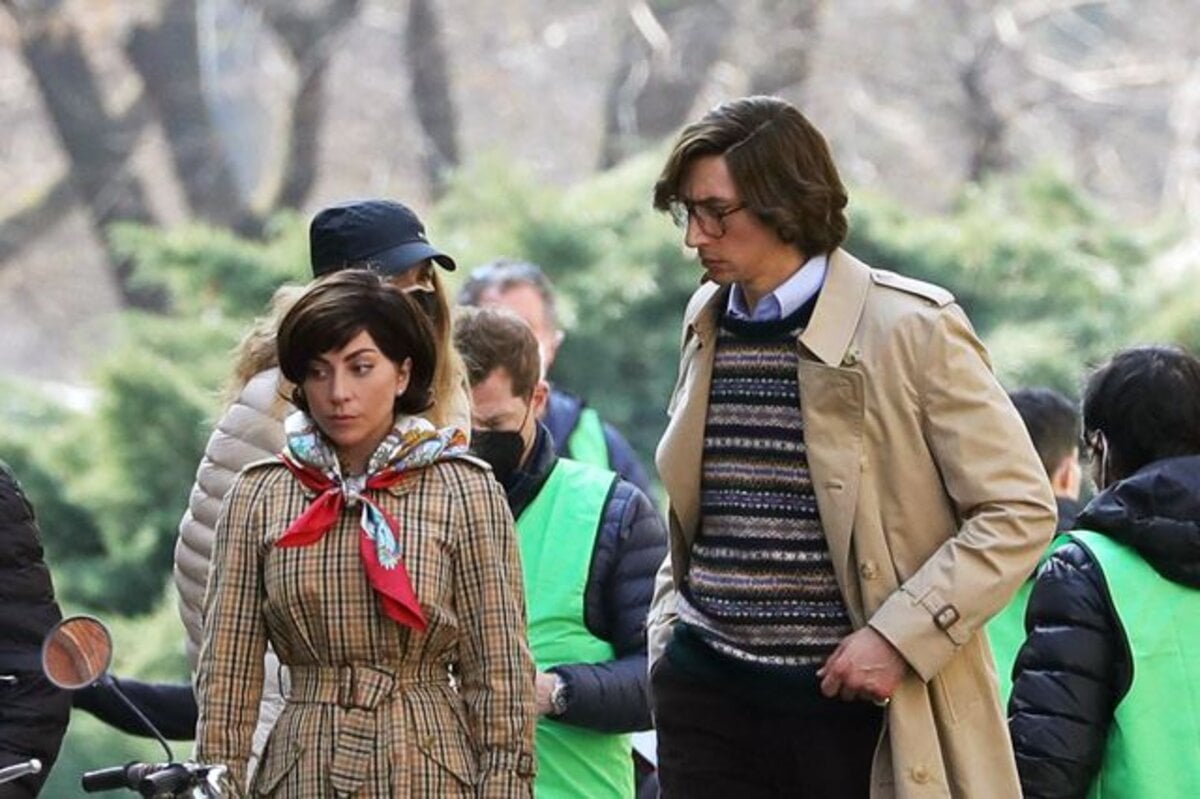 The photos that surfaced on Twitter this week show Lady Gaga feeding Adam Driver what appears to be a massive calzone or some other kind of filled pastry pocket. Driver’s shown in oversized coke bottle glasses, donning his signature long hair and a suit.

Lady Gaga’s shown in a polka dotted brown retro looking dress and heavily poofy bob, and fans can only wonder if the costumes on display mean the new Lady Gaga movie will be a period piece due to this fashion screaming 60s or 70s.

Furthermore, monsters & movie fans alike are wondering how closely the two stars will appear together in the new Lady Gaga movie. The photos released this week make the twosome look like an onscreen couple, as Gaga’s shown dabbing Driver’s mouth with a napkin after hand-feeding him an oversized snack. So what’s the tea about the upcoming movie? 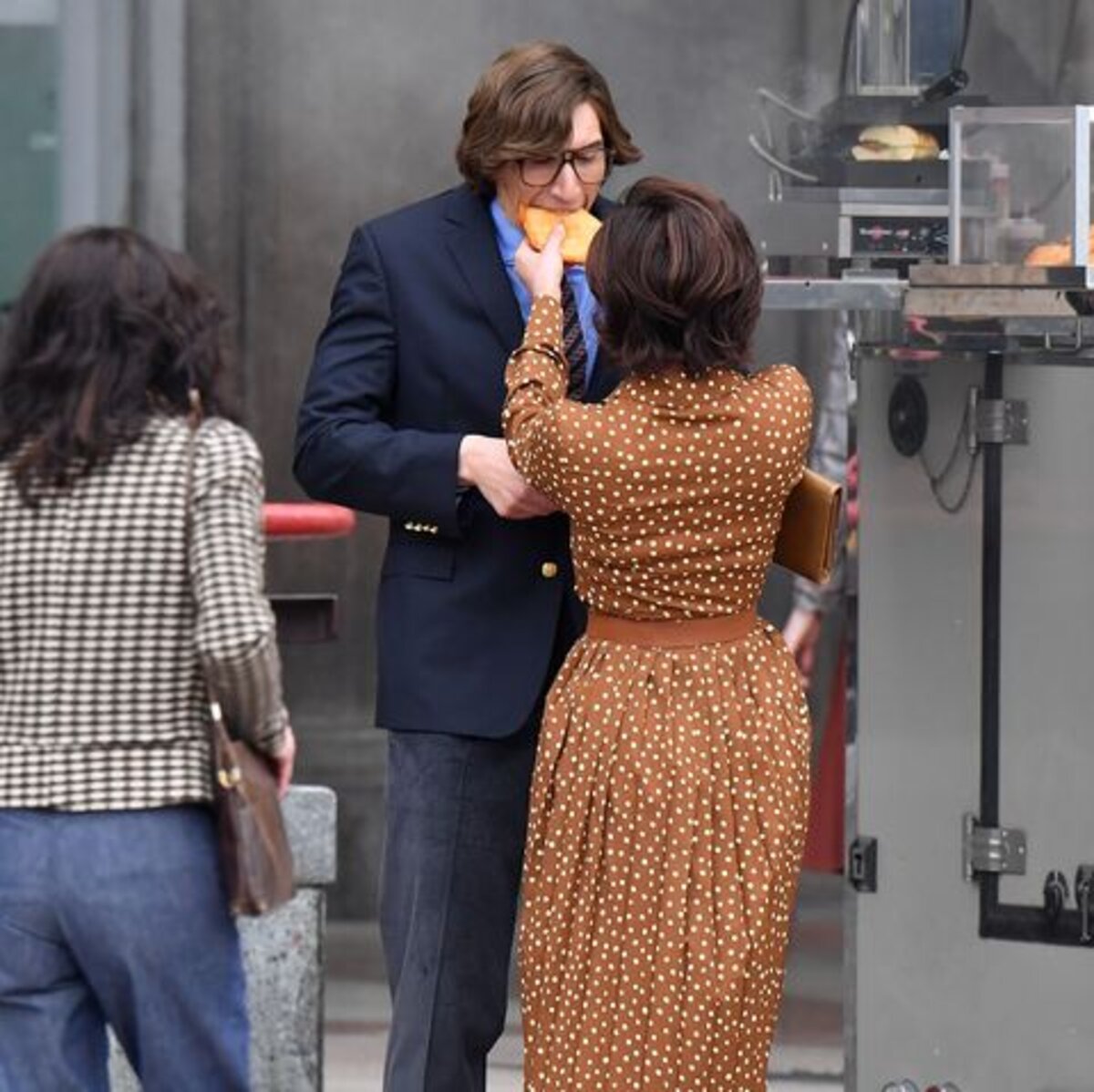 The House of Gucci

Marie Claire reported today the photos which have undergone overnight memeification featuring Lady Gaga & Adam Driver are from the upcoming film, The House of Gucci.

The upcoming Lady Gaga movie is said to be a biopic surrounding the life of fashion mogul Maurizio Gucci, and if you thought the photos make Gaga & Driver look like, well, more than friends, you’re right on the money.

Adam Driver will play Maurizio Gucci, the former head of Gucci (yes, that Gucci), and Lady Gaga will play Gucci’s ex-wife Patrizia Reggiani. Reggiani & Gucci divorced just a few years before Gucci was shot & killed in 1995, and three years later in 1998, she was convicted of killing Gucci. 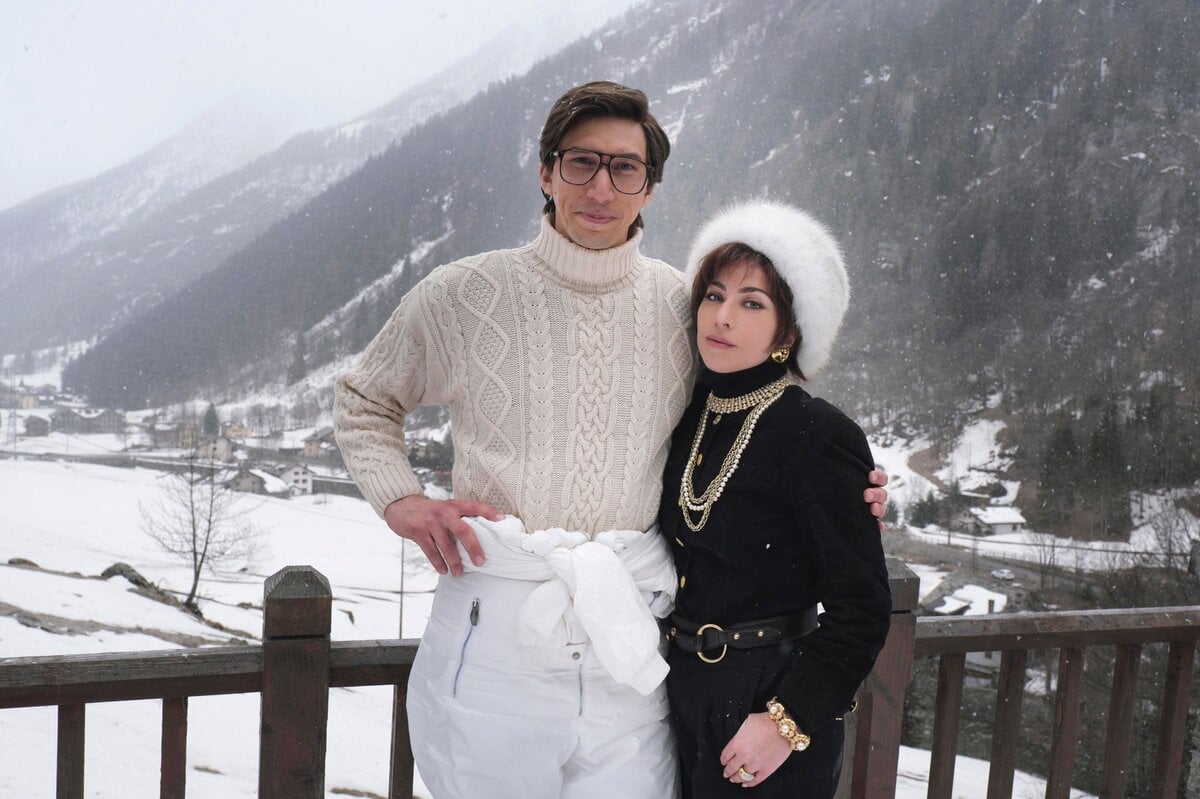 It appears our prediction on the time of the upcoming film was just off, as Gucci & Reggiani married in 1973 and remained together through the 80s until the early 1990s.

Fans can only imagine the drama that’ll be captured in the upcoming Lady Gaga movie, considering the wildly stranger-than-fiction real life events leading to the death of one the most famous people behind the Gucci brand. Furthermore, Lady Gaga & Adam Driver aren’t the only green flags for excitement in the upcoming film. 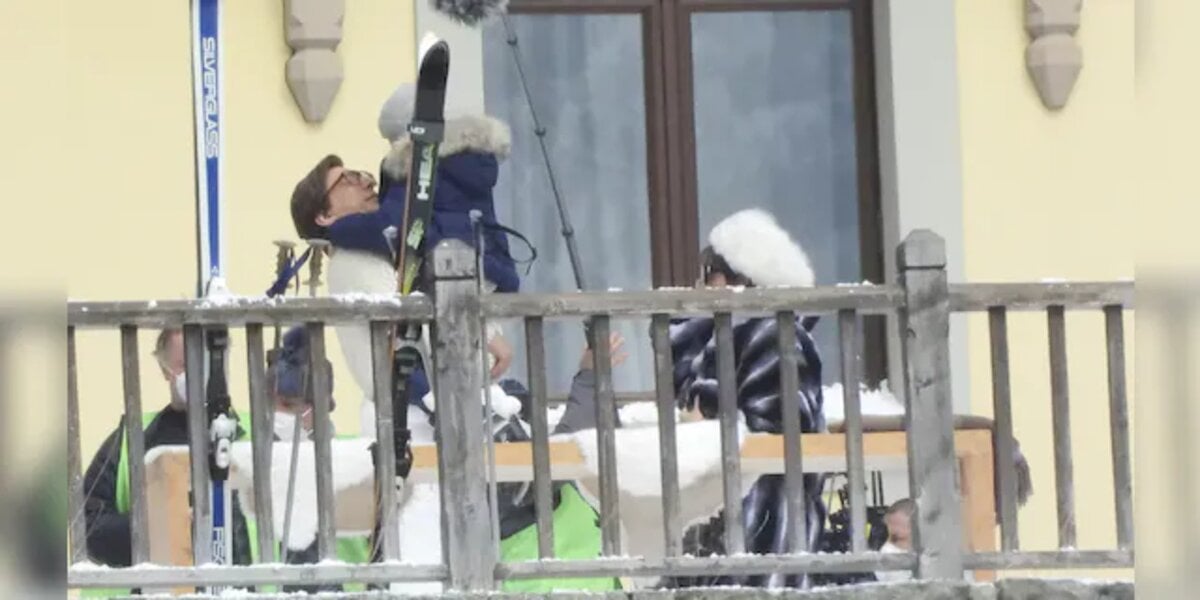 IMDb lists the cast & crew for the upcoming Lady Gaga movie, and it lays out some killer potential; Ridley Scott is directing, and the list of stars for the upcoming biopic doesn’t stop with Driver & Gaga.

A plethora of seasoned actors are stepping up to the plate in the upcoming The House of Gucci, including Jeremy Irons, Al Pacino, and even Jared Leto is coming out for a non-Joker role. With a stellar cast and the breathtaking setting of Italy, The House of Gucci has fans anxiously awaiting a riveting biopic that’ll capture one of fashion’s most notorious crimes.

Although there hasn’t been an official date set other than the film being released in 2021, The House of Gucci is rumoured to hit theaters by November. Until then, fashion fans & monsters will have to keep their eye on Twitter and hope they might catch another glimpse of The House of Gucci and another lunch break for its stars.