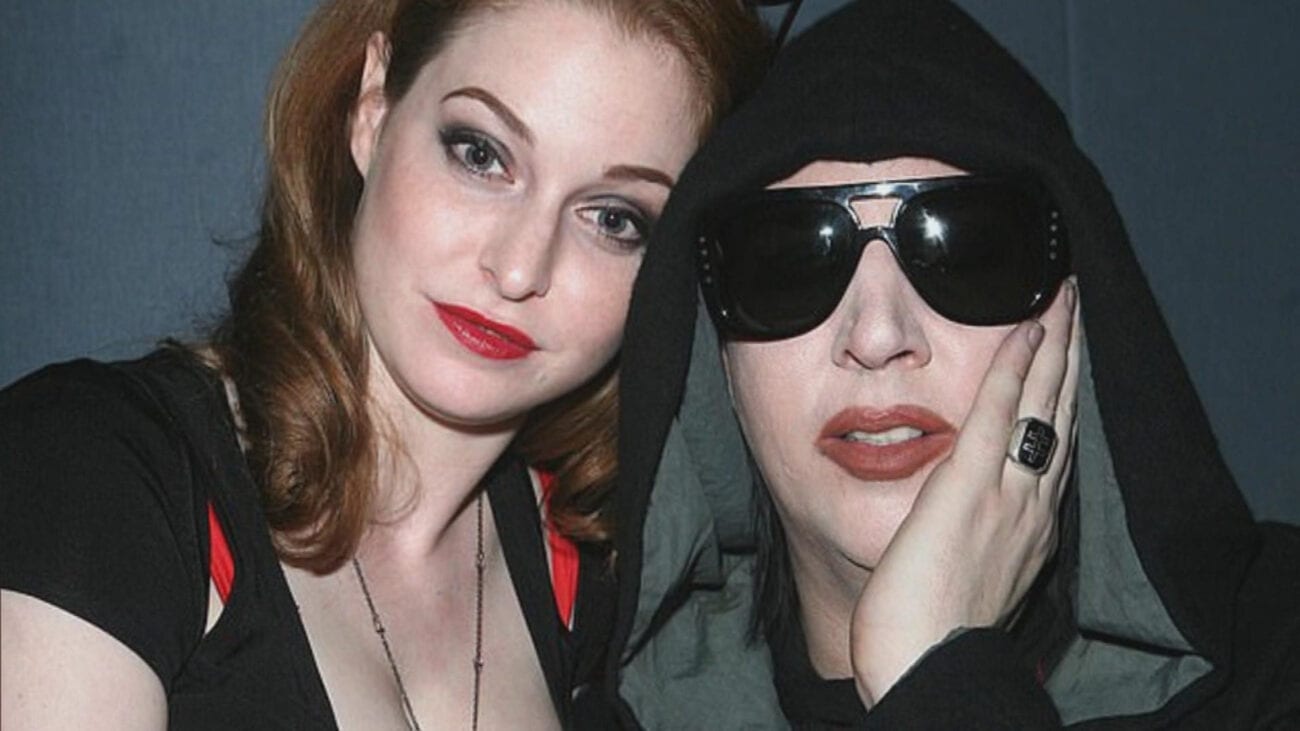 Esme Bianco comes out against Marilyn Manson: Her horror stories

The abuse allegations against shock rocker Marilyn Manson keep coming without an end in sight. Game of Thrones star Esmé Bianco just shared her experience with Manson, alleging he “repeatedly cut her with a knife, bit and whipped her and even chased her with an ax” per Page Six.

In an interview with The Cut, Esmé Bianco detailed Marilyn Manson was her “teenage idol” growing up, so she jumped at the chance to live with the rock star for two months. What she thought was going to be a moment of a lifetime ended up being a hellish experience. 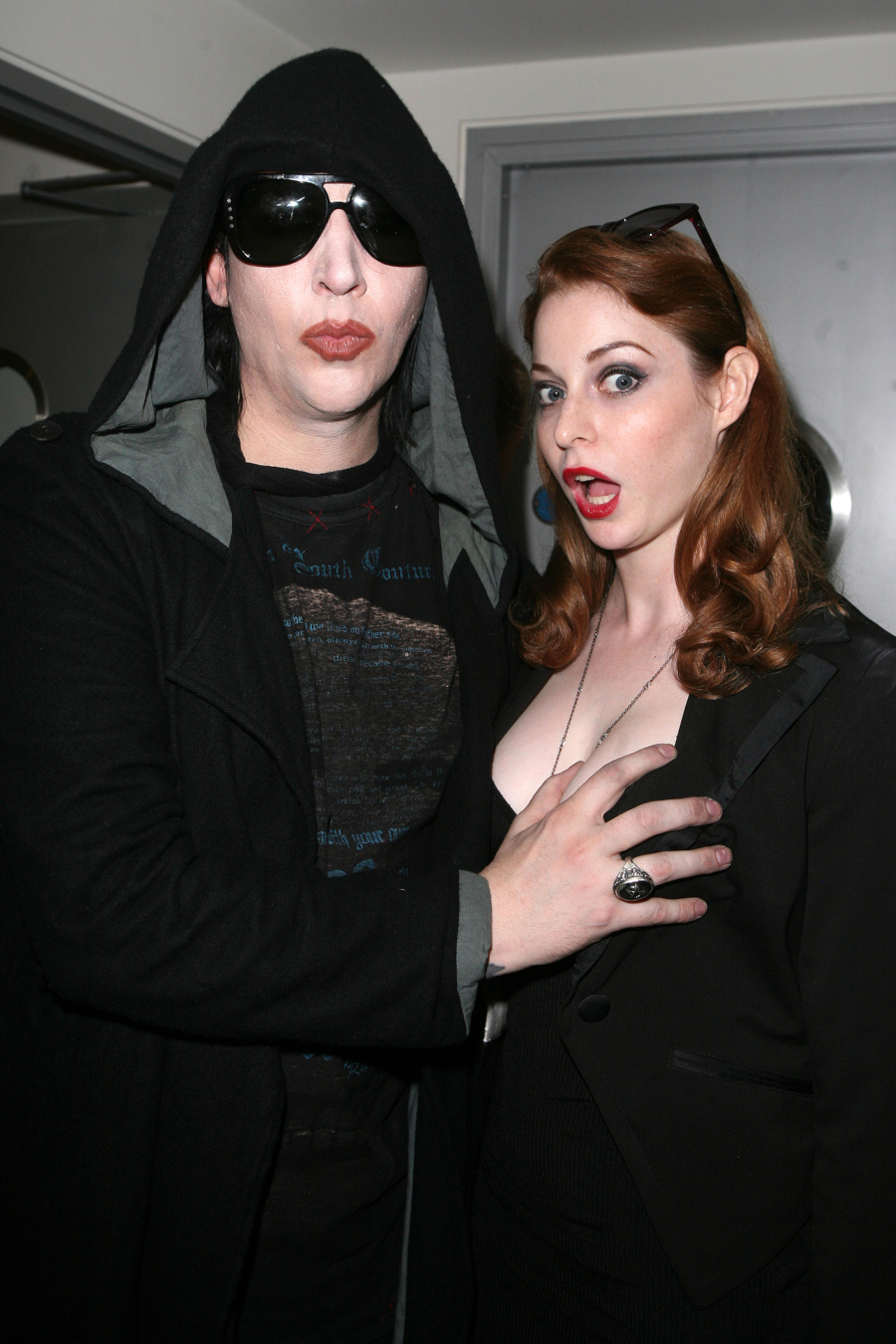 From role model to monster

According to Esmé Bianco, Marilyn Manson went from being a “massive role model who really helped me through some incredibly dark and difficult times as a teenager to a monster who almost destroyed me and almost destroyed so many women.”

Esmé Bianco got the opportunity to meet Manson in 2005 when they were introduced by Manson’s then-fiancee, pinup model Dita Von Teese. They remained friends and in 2009, Bianco appeared in Manson’s music video for “I Want to Kill You Like They Do in the Movies”.

In the video, Manson tied Esmé Bianco to a prayer kneeler, whipped her, and used a sex toy called a “violet wand” on her as a “torture device”, Bianco told The Cut. She further told The Cut she saw Manson on the side until her divorce in 2011. 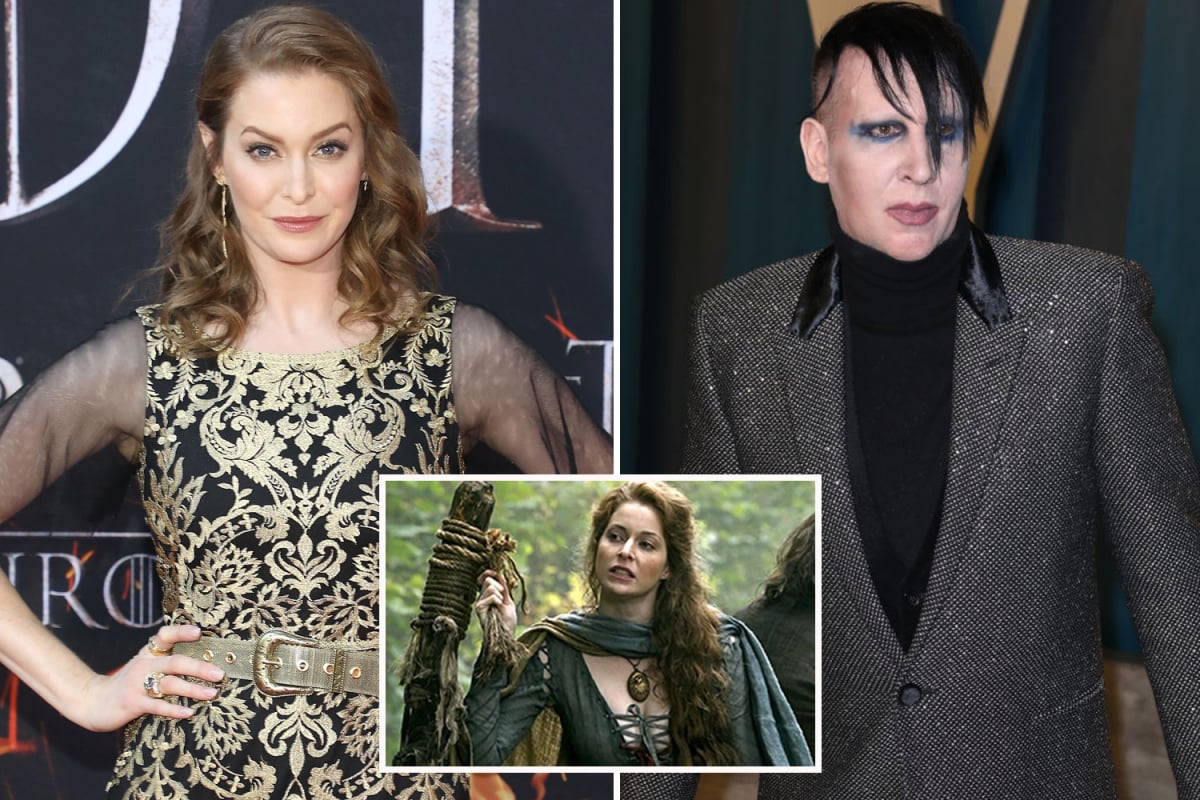 Esmé Bianco detailed to The Cut that during their affair, Marilyn Manson bit her without her consent. After she moved in with Manson, she said he became more controlling, dictating what she could wear and where she could go. She even explained he detailed when she could sleep.

“I basically felt like a prisoner”, Esmé Bianco told The Cut. “I came and went at his pleasure. Who I spoke to was completely controlled by him. I called my family hiding in the closet.”

In 2011, Esmé Bianco was filming Game of Thrones where she played Ros, a sex worker who ends up abused & murdered by the sadistic adolescent King Joffrey. While filming, a source told The Cut that when Manson was on set watching her work, he would exclaim: “That’s my girlfriend, she’s a whore. Look, her t**s are out.” 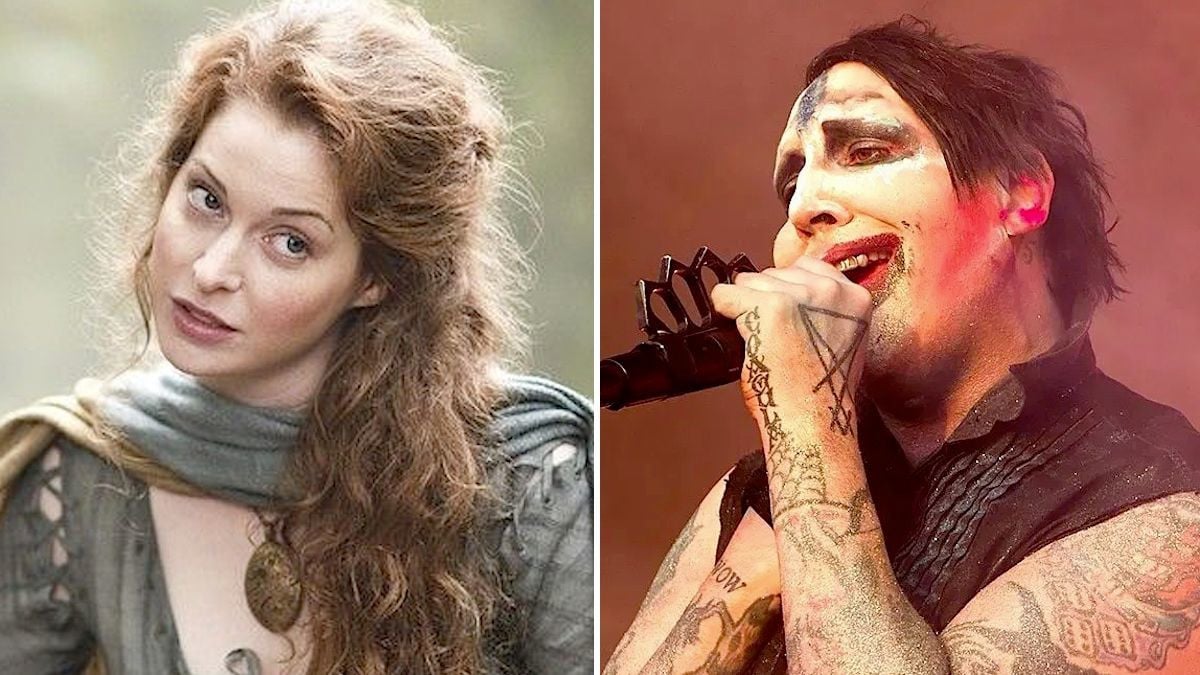 Esmé Bianco left Marilyn Manson in the middle of the night after two months when he reportedly chased her around his apartment with an ax. While not naming Manson, Bianco posted a picture in 2019 of whipping marks all over her back.

“The whipping that gave me these wounds was filmed in the name of ‘art’. I used to look at this photo with pride because I thought it was a sign of great devotion to my abuser. Now I look at it with horror”, she wrote. 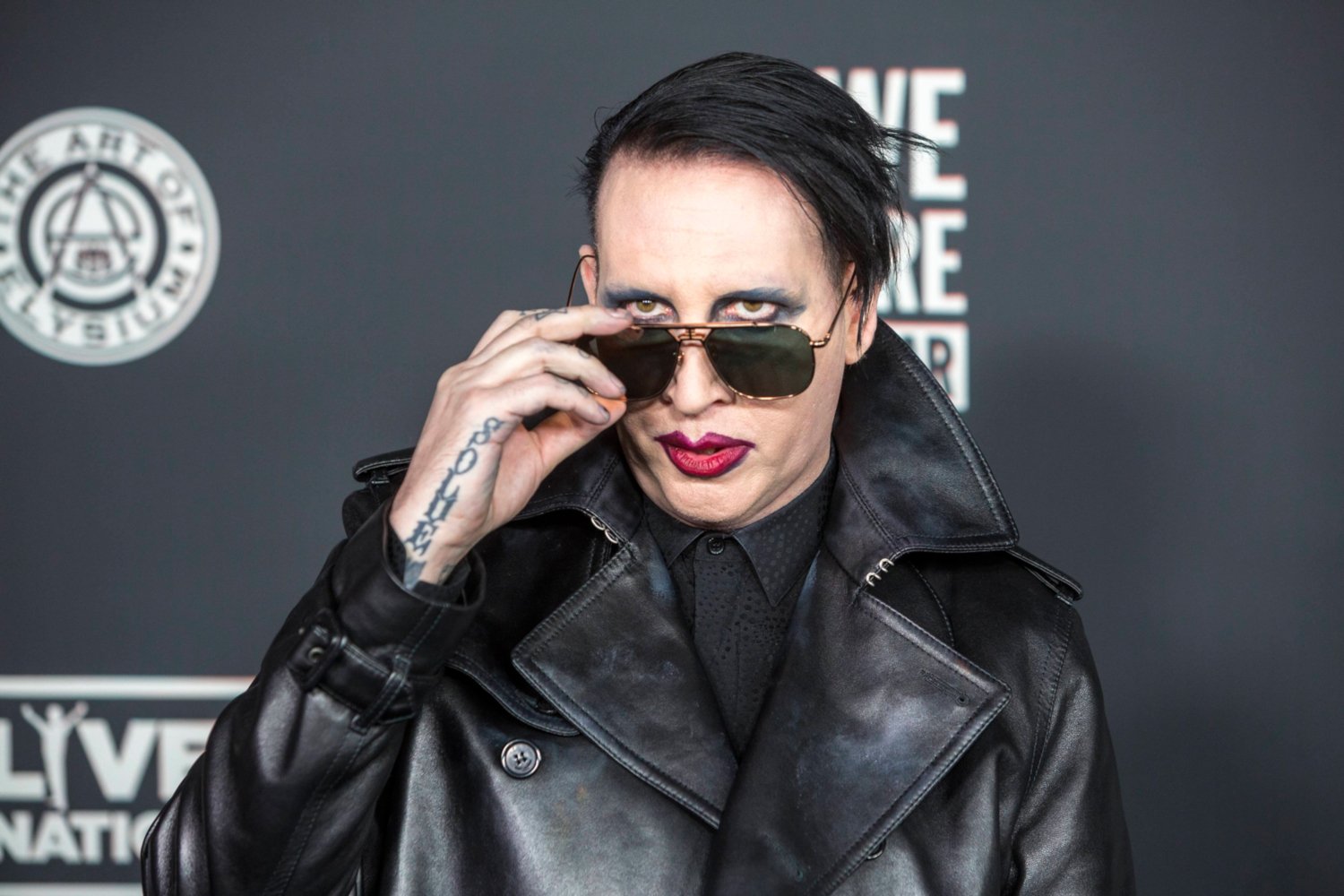 Bianco also claimed Manson abused drugs while they were together, stating he began his morning with cocaine & absinthe. Esmé Bianco isn’t the only woman alleging Manson was addicted to drugs. In her statement in the wake of the allegations against Marilyn Manson, Dita Von Teese cited “infidelity & drug use” as the reasons she left the rock star.

Bianco further claimed Manson “hid in plain sight” with his public persona. Because his job was to shock audiences & the masses with inflammatory, offensive statements & actions, Manson’s fan base and the rock scene at large didn’t take what he said seriously. “He’s told the world time and time again, ‘This is who I am,’” Bianco elaborated.

Manson’s biographer Kurt B. Reighley even told The New York Post that he didn’t see a distinction between Manson’s on-stage persona and what he was like in real life. “He was very good at sensationalism, but I don’t think he ever misrepresented himself — and I’m sorry to say none of the things that have come to light are the least bit surprising or shocking to me.” 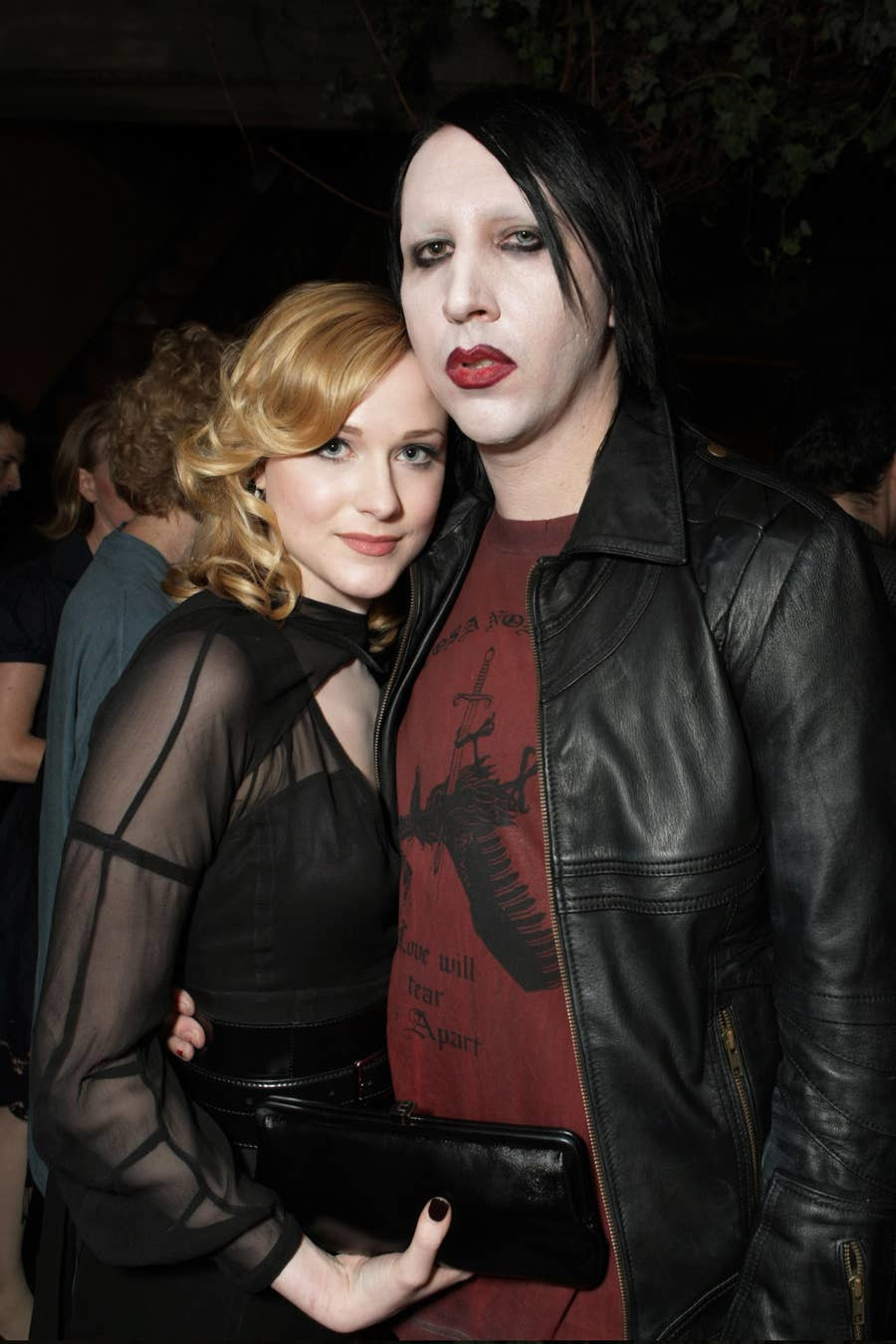 After Evan Rachel Wood came forward earlier this month, the repercussions against Manson have been swift. Manson’s record label, talent agency, and touring managers dropped him. Other women came forward, including four women the same day as Wood. Esmé Bianco is merely the latest person to come forward with allegations against Manson.

Manson’s lawyers declined to comment on the allegations. Manson himself released a statement on his Instagram calling the accusations against him “horrible distortions of reality”.