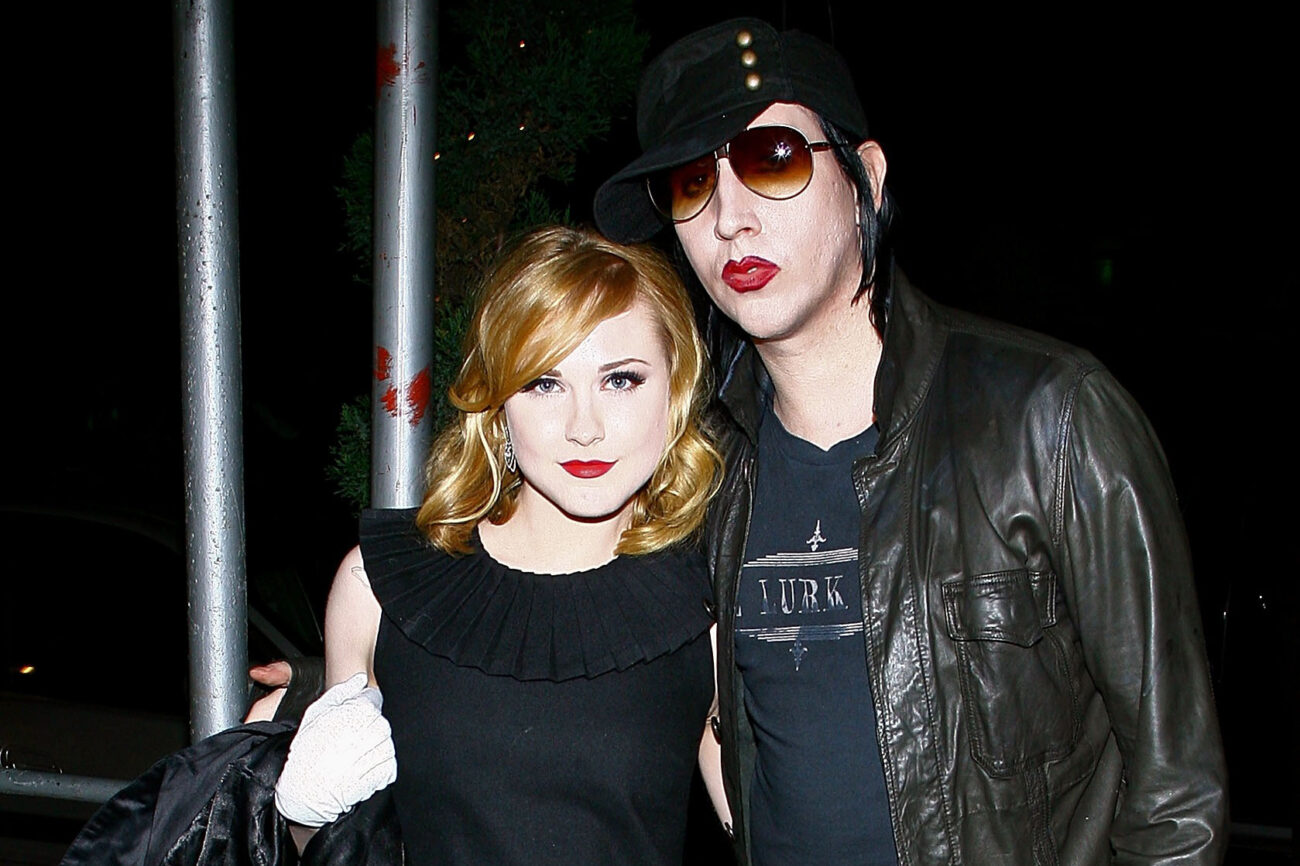 “Has a rape room”: Terrifying stories from Marilyn Manson’s ex-girlfriends

Over the past few days, several women have come forward with allegations against Marilyn Manson. The allegations include various forms of misconduct, including psychological, emotional, and sexual.

“Obviously, my art and life have long been magnets for controversy, but these recent claims about me are horrible distortions of reality”, Manson posted on his Instagram regarding the allegations. “My intimate relationships have always been entirely consensual with like-minded partners. Regardless of how – and why – others are now choosing to misrepresent the past, that is the truth.”

Several people, including former girlfriends, shared stories that don’t align with Manson’s statement. Evan Rachel Wood, an actress who was briefly engaged to Manson, was the first to bring her story to light on social media. Others soon followed suit. Since then, Manson’s touring agency, label, and manager have dropped him as a client. 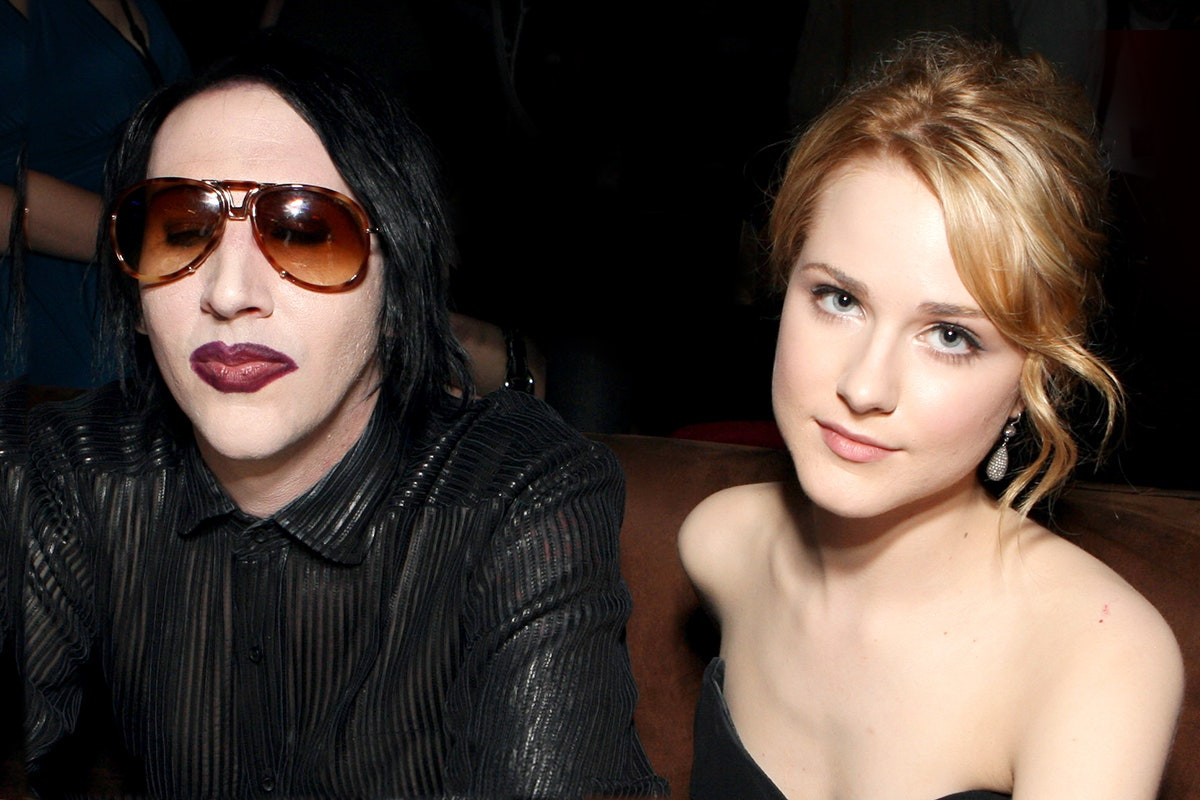 Three years ago, Wood testified to the House Judiciary Committee about surviving an abusive relationship. The testimony was in support of the Sexual Assault Survivors’ Bill Of Rights Act. In her testimony, she didn’t name who abused her. On Monday, she publicly identified the perpetrator as Manson. She was the first of Manson’s former girlfriends to come forward last week.

“The name of my abuser is Brian Warner, also known to the world as Marilyn Manson”, Wood wrote in an Instagram post. “He started grooming me when I was a teenager and horrifically abused me for years. I was brainwashed into submission. I am done living in fear of retaliation, slander, or blackmail. I am here to expose this dangerous man and call out the many industries that have enabled him before he ruins any more lives.”

In her Instagram story, Wood talked more about the relationship. She said she “was called a ‘jew’ in a derogatory manner” and “would draw swastikas over my bedside table when he was mad at me”. “Everyone around him was expected to laugh and join in. If you did not or (god forbid) called him out, you were singled out and abused more”, said Wood.

If he does this kind of thing all the time why on earth has he been headlining festivals for so many years? When will we stop enabling misogynists on the account of their success? Women must feel safe in the male dominated world that is the music industry.

Singer Ellie Rowsell also opened up about her experience with Manson. She wasn’t one of his girlfriends, but still allegedly faced misconduct through her interaction with him. She said on Twitter that she met Manson backstage at a festival.

“After his compliments towards my band became more and more hyperbolic I became suspicious of his behavior. I was shocked to look down and see he was filming up my skirt with a gopro”, Rowsell said. “There were no repercussions for his behavior, his tour manager simply said ‘he does this kind of thing all the time’.”

She added to her Twitter thread by calling out the music industry, writing: “If he does this kind of thing all the time why on earth has he been headlining festivals for so many years? When will we stop enabling misogynists on the account of their success? Women must feel safe in the male dominated world that is the music industry.” 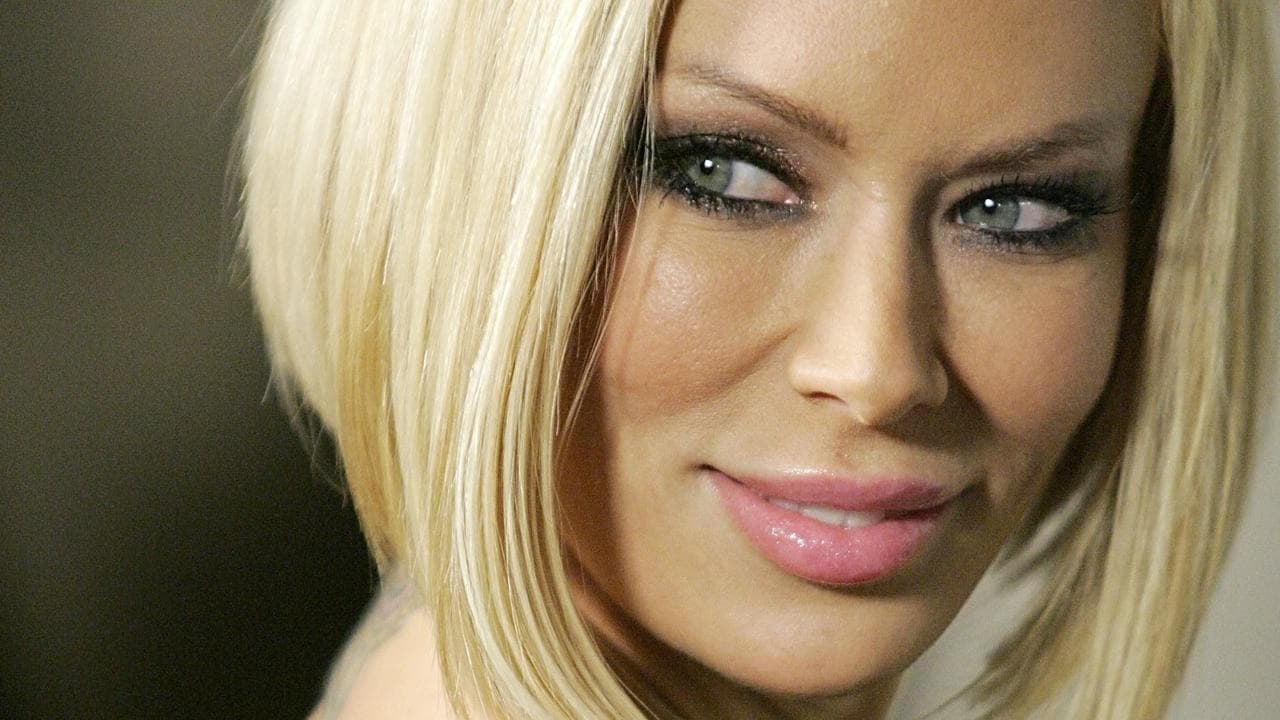 Adult movie actress Jenna Jameson, another one of Manson’s former girlfriends, also came forward. She told the Daily Mail that Manson “fantasized about burning me alive.” She also said he “liked to bite” during sex.

She added that Manson didn’t do anything nonconsensually, but she broke up with him after he made comments about the things he wanted to do. “He is a lot. To say the least,” she said.

I went to Marilyn Manson’s house when I was a teenager with some friends. I was a big fan. He referred to a room in his house as the “r*pe room”, I thought it was just his horrible frat boy sense of humor. I stopped being a fan.

I stand with everyone who came forward.

Twenty-six-year-old singer Phoebe Bridgers also shared her alleged experience with Manson. On Twitter, she wrote about how she was a huge fan of Manson when she was a teenager. She said at one point, she went to his home with some friends.

“He referred to a room in his house as the ‘r*pe room’, I thought it was just his horrible frat boy sense of humor. I stopped being a fan. I stand with everyone who came forward”, she wrote. “The label knew, management knew, the band knew. Distancing themselves now, pretending to be shocked and horrified is fucking pathetic.” 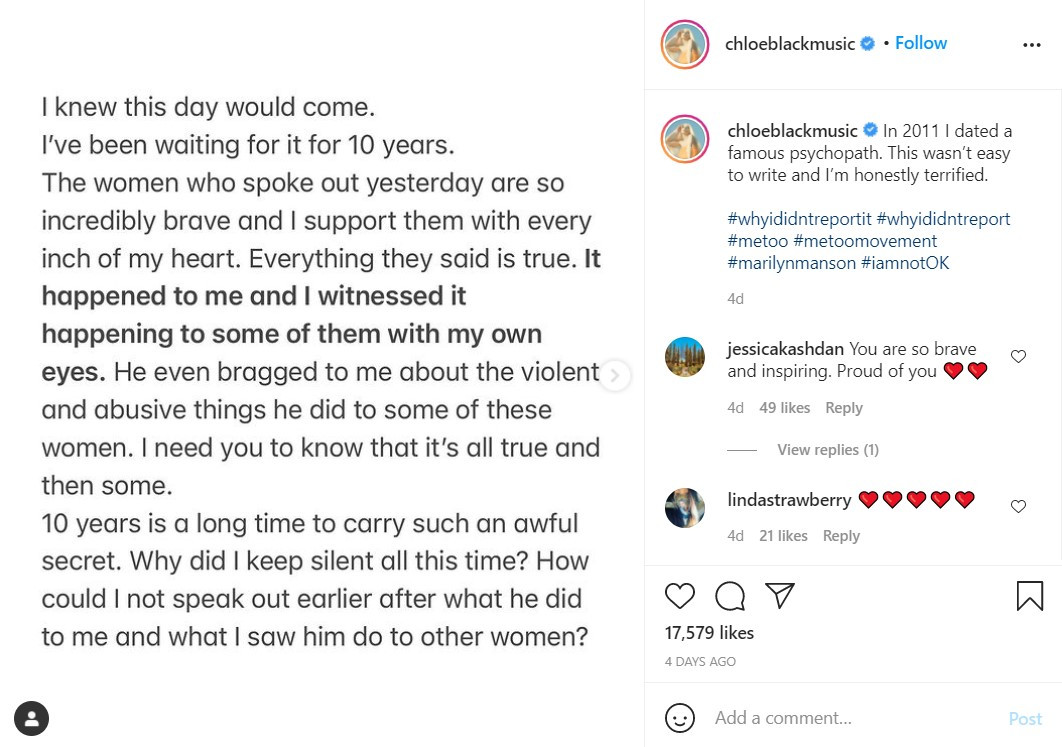 Other women who named Marilyn Manson

It wasn’t just his girlfriends who faced abuse from Manson. Other women who have come forward with statements include Love Bailey, Chloe Black, Sarah McNeilly, Ashley Lindsay Morgan, and Ashley Walters.

“I continue to suffer from PTSD, and struggle with depression. I stayed in touch with quite a few people who went through their own traumas, under his control. As we all struggled, as survivors do, to get on with our lives, I’d keep hearing stories disturbingly similar to our own experiences,” Walters wrote on Instagram.

“I’ve only been bruised to the point of my skin turning black once in my life”, Black wrote on Instagram. “It was from him.”