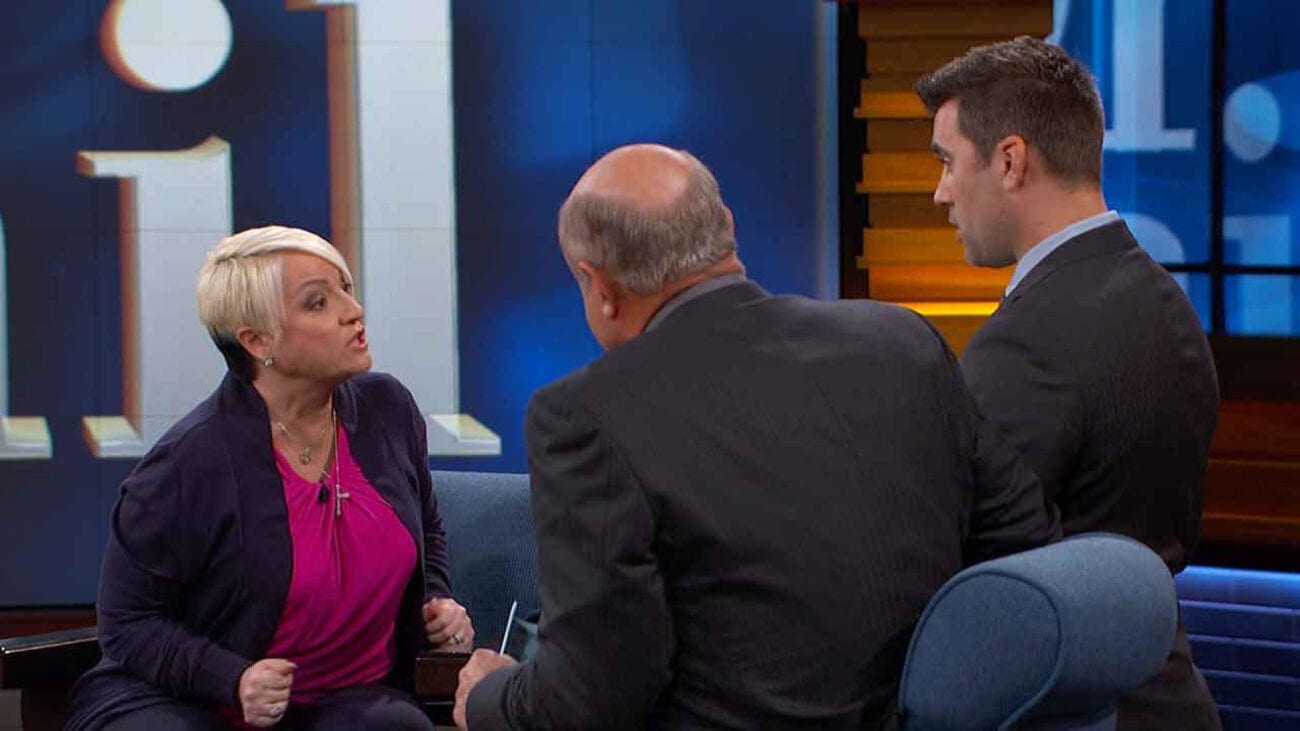 Is Dr. Phil a real doctor? Inside the biggest reality TV show scam

The question “Is Dr. Phil a real doctor” is trending again as Twitter’s blowing up about abuse allegations from some of his guests at a facility called the Turn-Around Ranch. Turn-Around Ranch, the Turn-About Ranch as it’s known now, is one of many troubled teen facilities in Utah. Its site claims its facility is “recommended by doctors and therapists and frequently featured in the media”. One of these media outlets is Dr. Phil.

Dr. Phil’s frequently touted troubled teen programs for parents at the end of their rope. Whether it’s a girl stealing a car or threatening her parents with a knife, part of the segments featuring these “out-of-control” teens includes a trip to a residential facility, escorted by transporters whose job is to take kids against their will to these places.

Now, Dr. Phil and the troubled teen industry are back on our radars as Bhad Bhabie, the guest on The Dr. Phil Show famous for coining the phrase “cash me outside, how bout da” was taken to Turn-Around Ranch after she appeared on the show. The rapper is now speaking out with abuse allegations, publically giving Dr. Phil “until April 5th” to apologize to the kids he sent there.

So while Phil McGraw is tweeting about his love of Ru Paul’s Drag Race (no joke), the internet’s once again questioning his credentials. Is Dr. Phil a real doctor? Can he send kids to troubled teen facilities without active credentials? Let’s dive in.

Just to let you know "Dr. Phil" is not a real doctor & not licensed in ANY STATE in the USA.

He's tweeting shit about #DragRace to distract from the fact that he sends kids on his show to TurnAbout Ranch which has TONS of pending abuse, neglect, and sexual assault charges.

Is Dr. Phil a real doctor?

The short answer is: not currently. Dr. Phil received his Ph.D. from the University of North Texas and was licensed to practice in the State of Texas. His show airs in California where he has never been licensed to practice. Plus, he allowed his license to Texas to expire in 2006.

Therefore, while Dr. Phil is a real doctor in the sense he has a doctoral degree, he’s legally about as useful as someone with a Ph.D. in philosophy when it comes to treating people with mental illness. 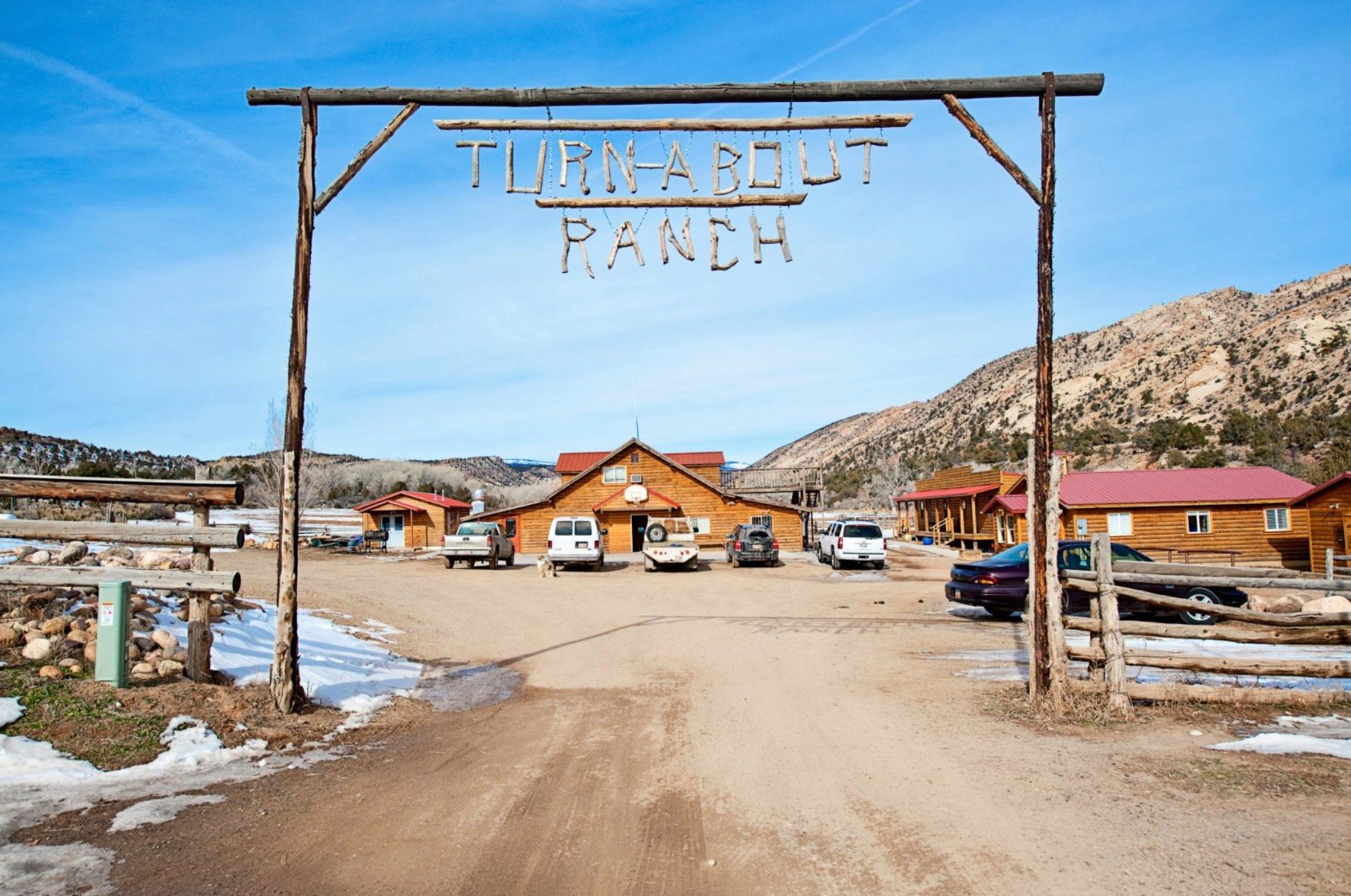 Is there a real doctor at Turn Around Ranch?

We at Film Daily looked at the credentials of Turn Around Ranch in Utah, now called Turn-About Ranch. It’s the number 1 hit on Google & DuckDuckGo as of this writing, and funny thing: the only mention of Dr. Phil or his show is in a blog entry from 2010. Whether they’re distancing themselves from Dr. Phil or haven’t worked with his show in a while remains unclear.

That said, the staff listed on their site, other than equestrian instructors, have credentials in education or LCSWs – licenses in social work allowing them to practice therapy in the field. No one currently listed on staff has a doctorate in psychology nor do they have MDs in psychiatry, a credential that would allow a professional to diagnose troubled teens with mental illnesses and prescribe them medication as treatment. On their site, they boast “Master’s level and Bachelor’s level counselors who are screened”.

Other than the psychiatry credential, the LCSW vs. a Ph.D. in psychology is more of an academic one. Both degrees allow professionals to “be a real doctor”, or practice counseling after passing their state licensing exam. However, an LCSW is geared more for social work involving work “in the field” whereas a Ph.D. allows the doctor to conduct academic research and teach at a university. 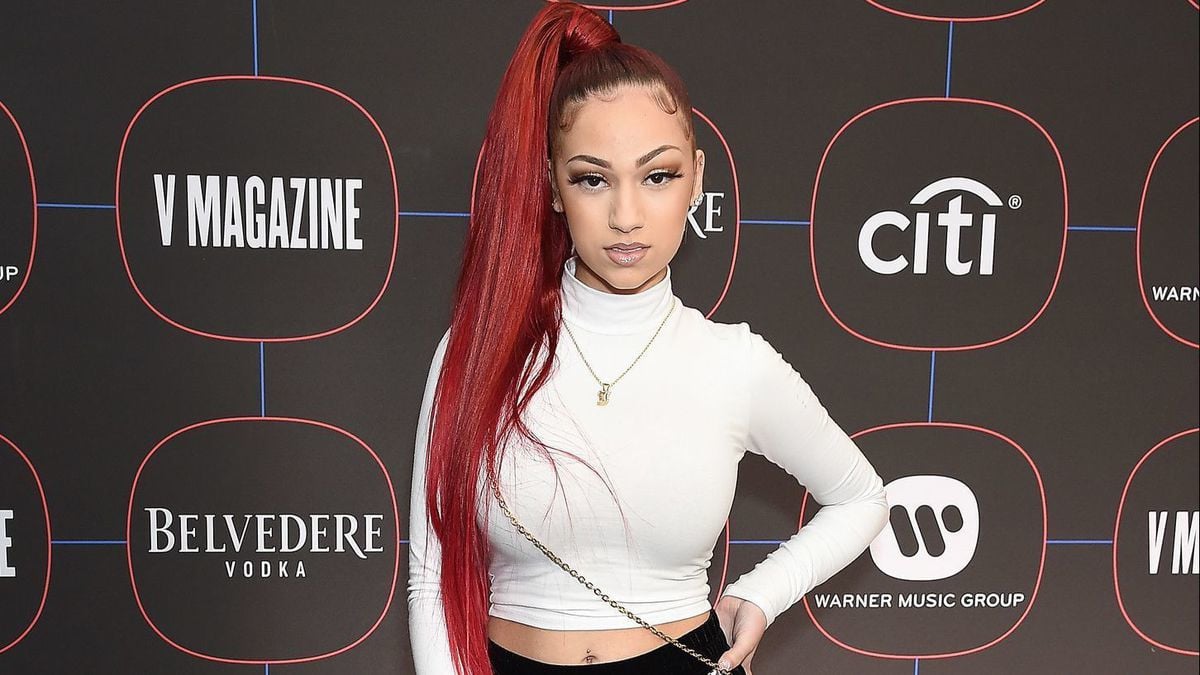 Allegations against the ranch

Since Dr. Phil isn’t a “real doctor”, he cannot remand his guests to any sort of therapy program (real doctors usually can’t make their clients go either unless their client is legally determined to be a danger to themselves or others). Therefore, he has to convince the parents on the show to enroll their teens at places like Turn-Around Ranch.

Problem is, the troubled teen industry in the U.S. is reportedly and notoriously unregulated – and abuse allegations have cropped up against troubled teen facilities like Turn-Around Ranch. A lawsuit has been filed by a woman claiming she was sexually assaulted twice at the facility and called a liar when she went to staff members for help. Turn-About Ranch denied her account in a statement.

Allegations from Dr. Phil’s previous guests about the ranch include sexual assault, emotional abuse, and sleep deprivation. “They wouldn’t let me lay down for nothing. Like, I was falling asleep and they’re like, ‘Oh, get up, get up.’ So I’m just sitting here like, ‘This is gonna be really bad,’ when I see these people have no sympathy”, Bhad Bhabie said in her video. 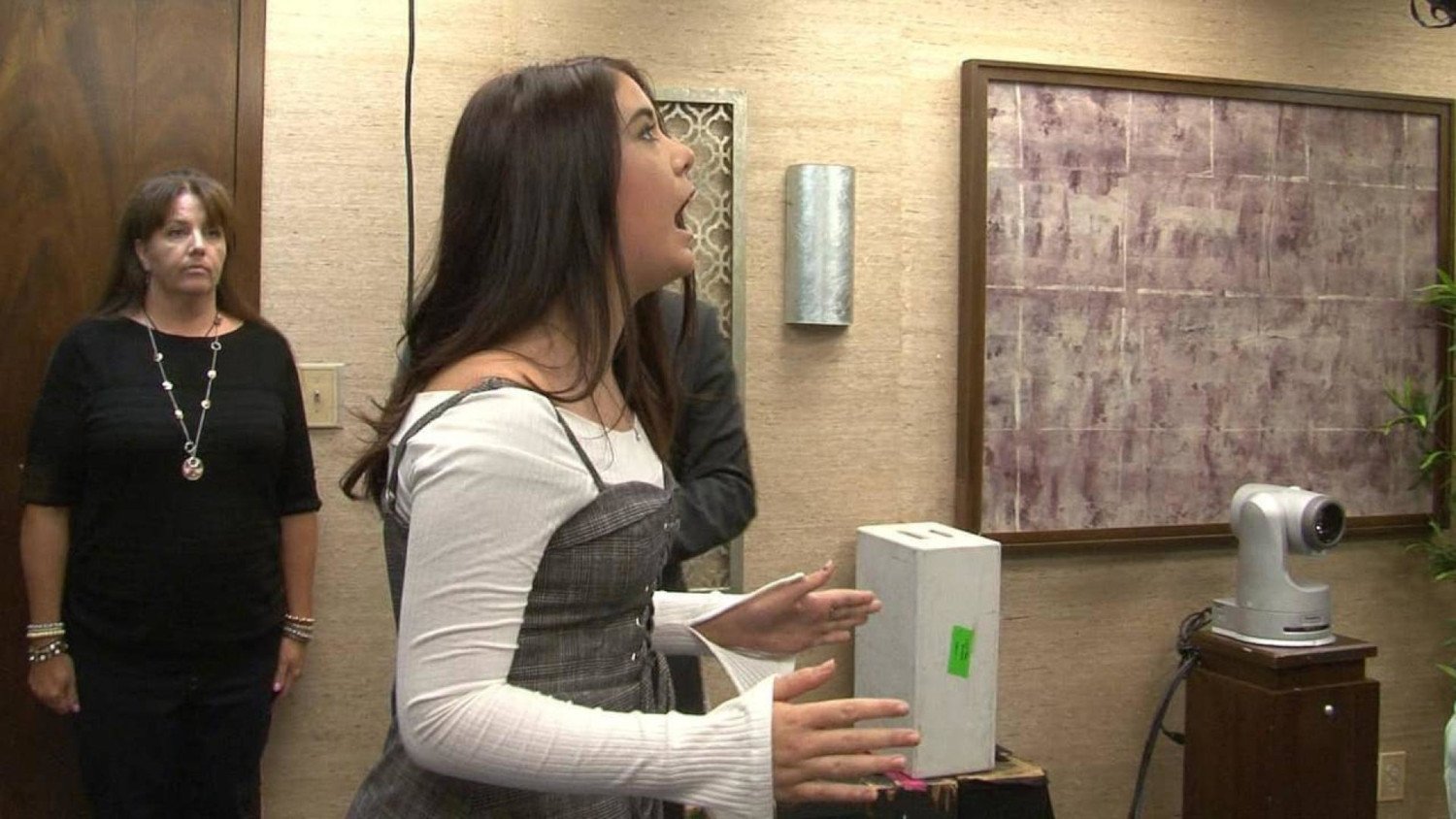 ASTART, the Alliance for Safe, Therapeutic, and Appropriate Use of Residential Treatment, stated these programs do more harm than good: “Unfortunately, some, if not most, of these facilities are places of harsh and ineffective “therapy” for young people who have had trouble with family relationships, school performance, acting out sexually, drug or alcohol use, or who have been in trouble with the law.” 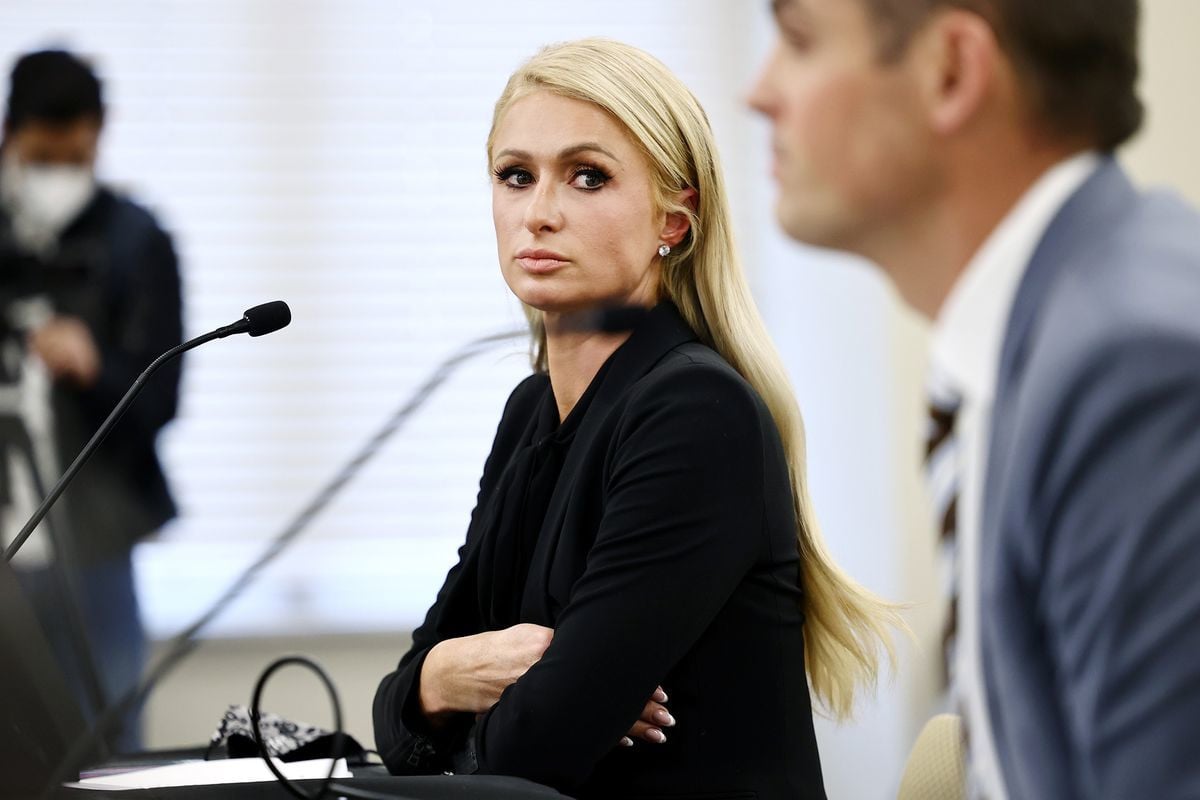 Paris Hilton also testified earlier this year about experiencing sexual assault at a troubled teen facility she was sent to as a young person, recalling: “That small room covered in scratch marks and smeared blood with no bathroom is one of the most vivid and traumatizing memories I’ve ever experienced in my entire life. Children were restrained, hit, thrown into walls, strangled, and sexually abused regularly.”

Hilton testified on behalf of a bill in the Utah legislature called Senate Bill 127, which would expand oversight for troubled teen facilities in Utah. It passed out of committee last month. 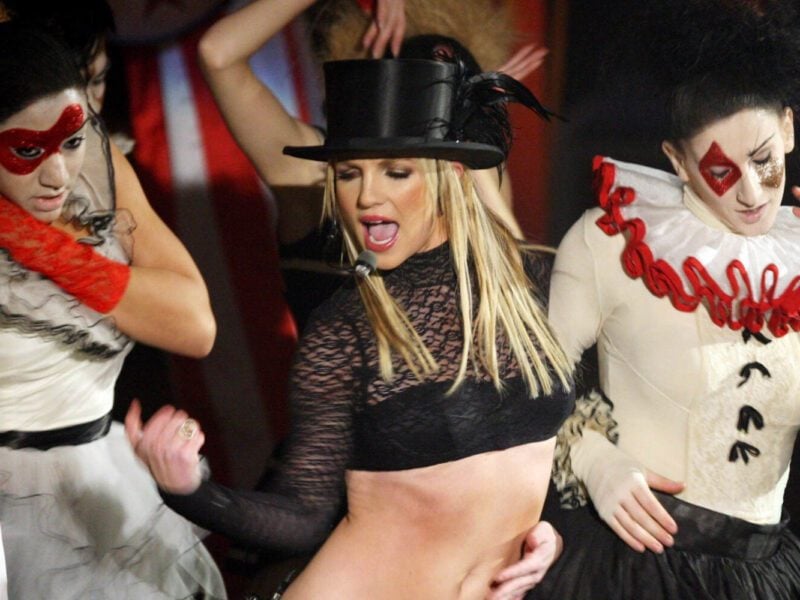