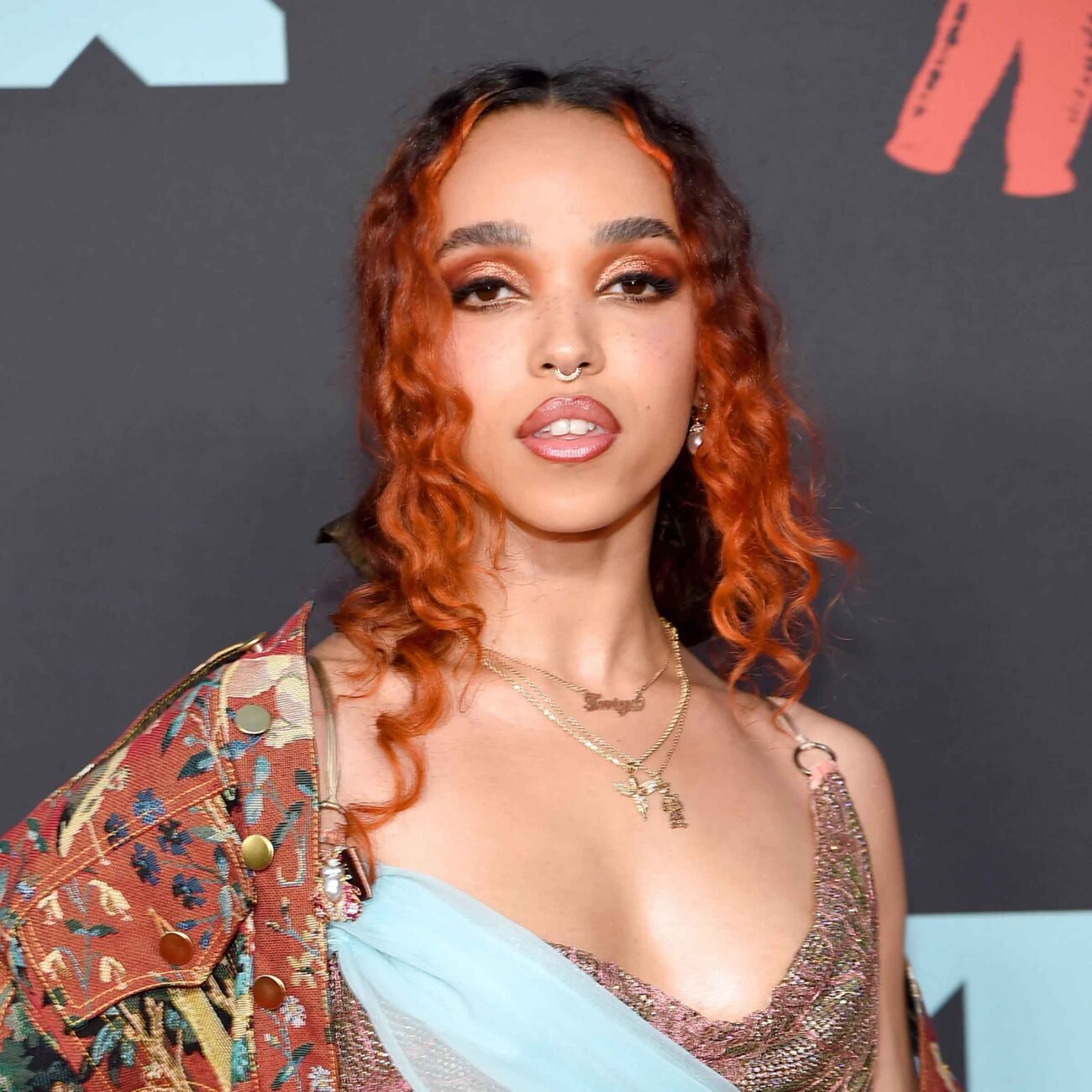 In a glossy interview with Elle, FKA Twigs revealed the disgusting, sordid details of her abusive relationship with actor Shia LeBeouf. Twigs explained the “calculated, systematic, tricky, and maze-like” tactics LaBeouf would use to control her – the love bombing, gaslighting, social isolation, and sleep deprivation. 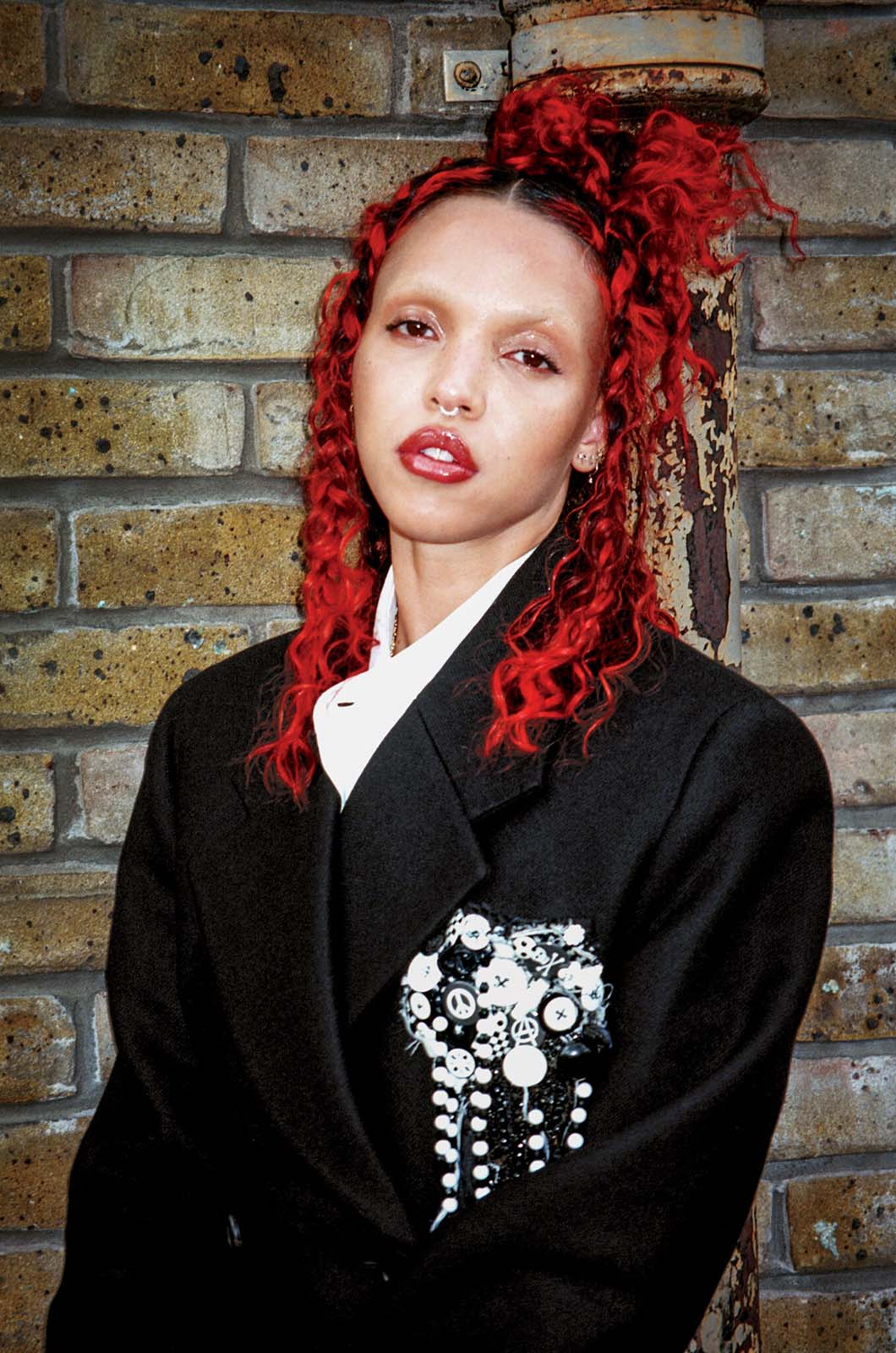 Committers of domestic abuse use a variety of subtle – and not so subtle – techniques to charm & manipulate their victims. Unbeknownst to Twigs, LaBeouf was carefully constructing a cycle of attachment, where LaBeouf would place Twigs on a pedestal only to eventually knock her down. For a time, it worked.

When he asked Twigs to relocate with him to his Los Angeles home in October 2018, she agreed. “After I moved into his house, that’s when the abuse really escalated,” she says. “I realized then I wasn’t just dealing with a tortured person who was going through a divorce. Or that outside factors in his life [were] making him act out on me. I was involved with an inherently abusive person.” 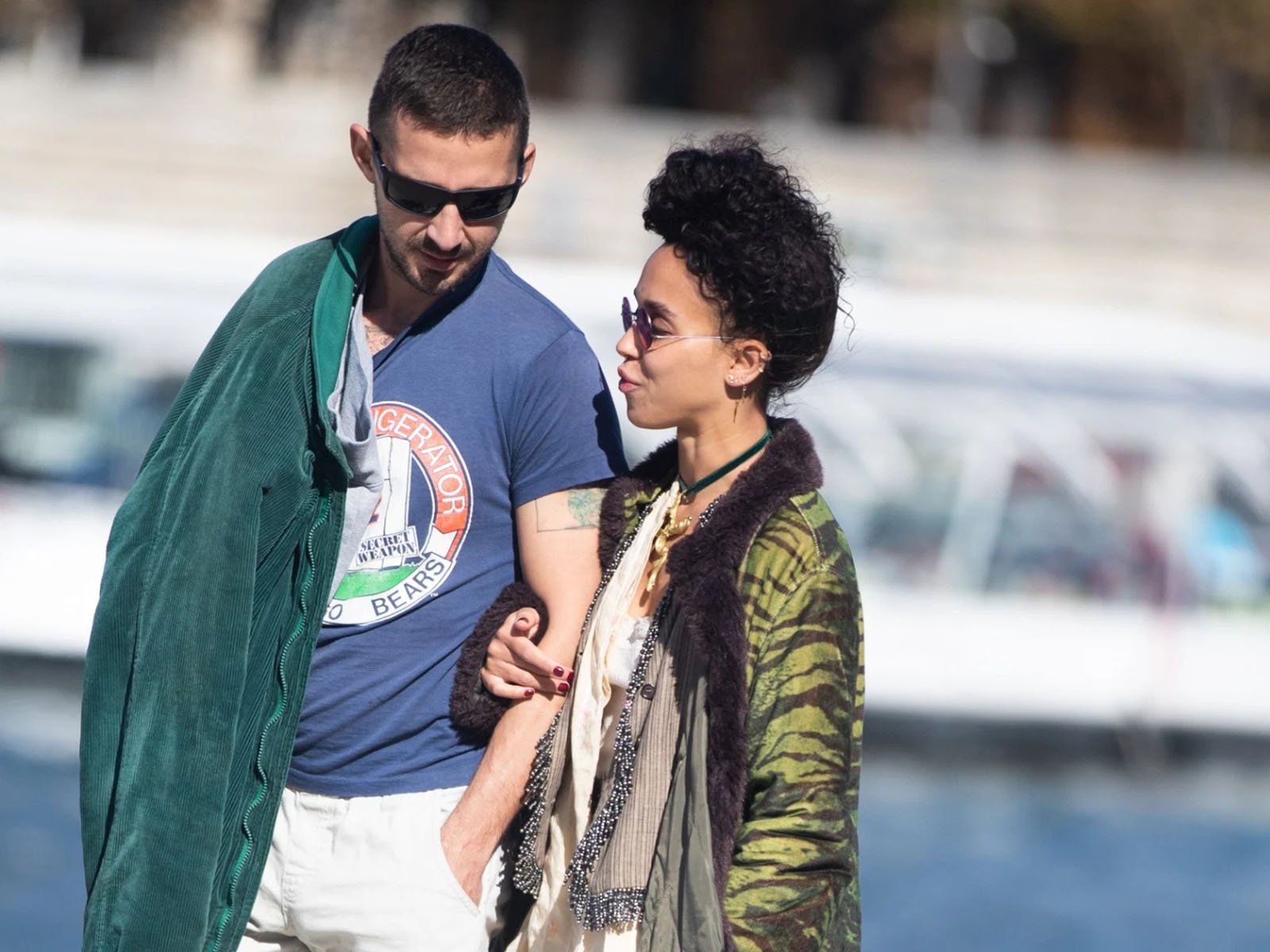 The manipulation was gradual & varied. LaBeouf demanded that Twigs kiss & touch him a certain number of times a day. If she fell short of the quota, he would verbally attack her for hours, often deep into the night, preventing Twigs from sleeping. 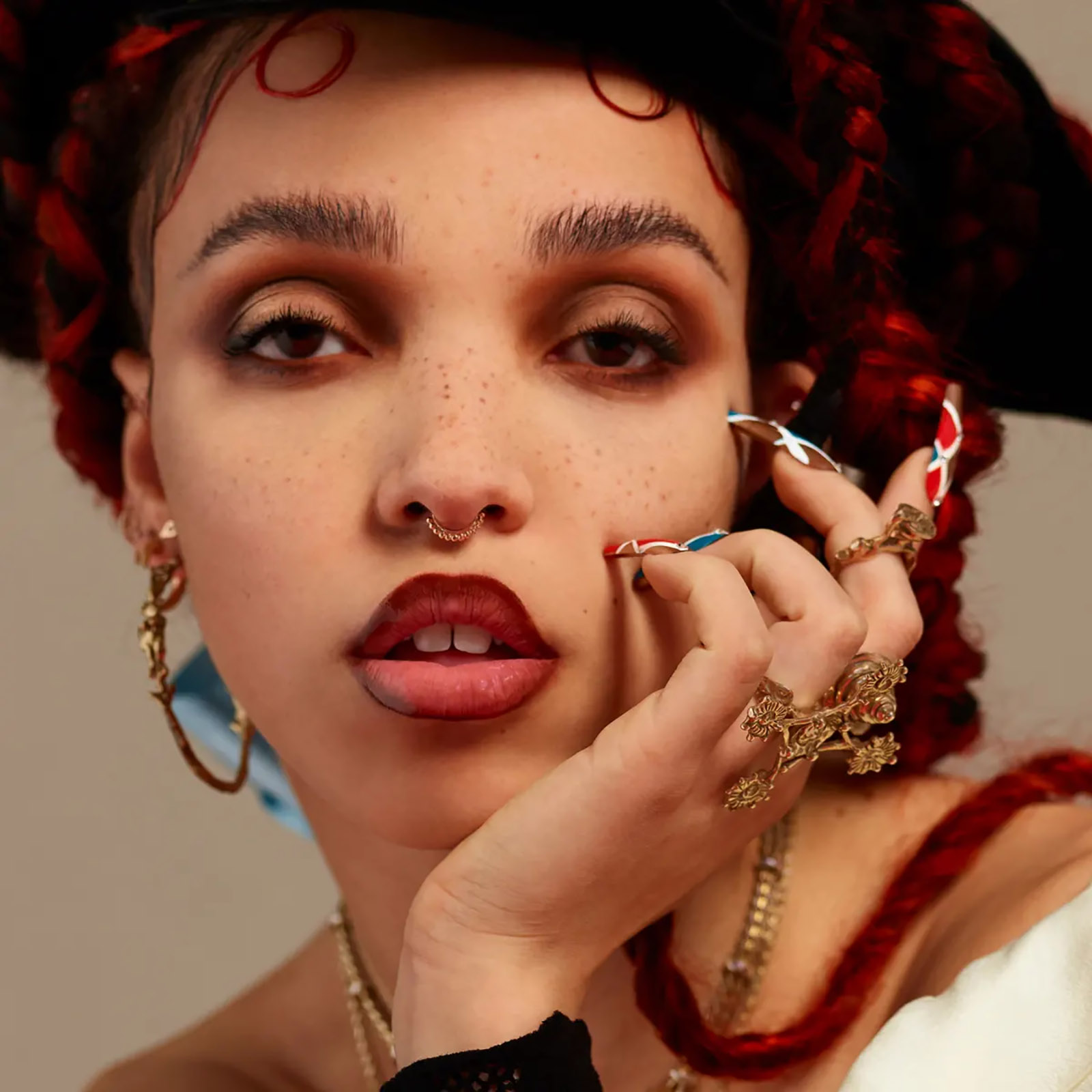 “It was so dark, and I was just like, ‘I can’t be totally immersed in this all the time,’” Twigs recalled. “I was very intimidated living with him. He had a gun by the side of the bed and was erratic. [I never knew what would] make him angry with me.”

The gun entered their shared bedroom in November 2018, and in her lawsuit, Twigs said she was scared to get up in the middle of the night to use the bathroom for fear LaBeouf might accidentally shoot her, mistaking her for an intruder. At one point, Twigs sent a picture of it to her manager. “I thought to myself, ‘If he shoots me, and then if there is some sort of investigation, they will put the pieces together. I need to leave little clues.’ ” 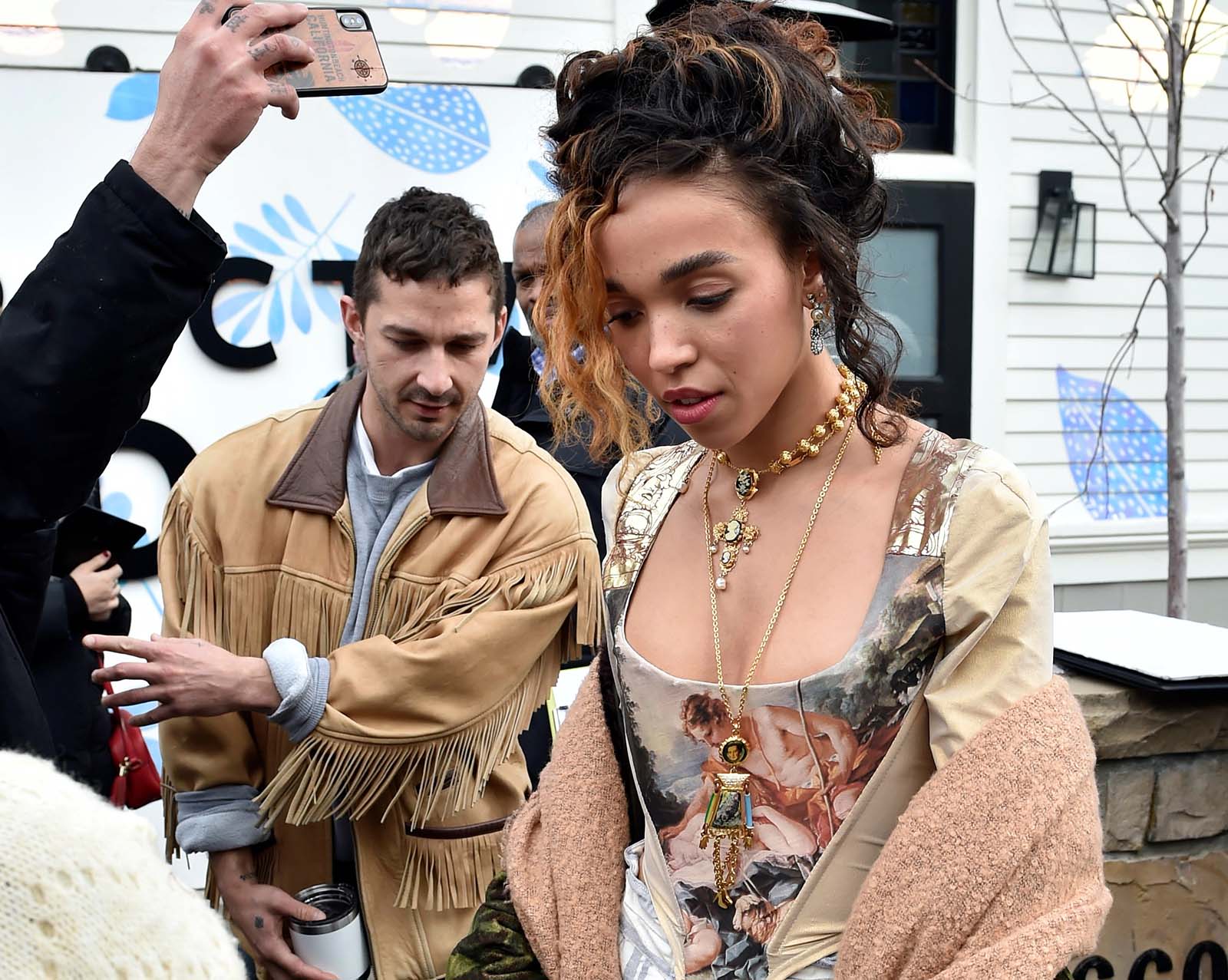 The horrendous ordeal that Twigs experienced during the course of her abusive relationship with LeBeouf came to a head over Valentine’s Day weekend in 2019 after the two went to a hotel spa. The details of that terrifying night are outlined in a shocking civil lawsuit she filed against the actor in December of last year.

As Twigs alleged in the complaint, after drifting off to sleep in the hotel, the singer awoke to find LaBeouf on top of her, brutally squeezing her arms. Putting his hands around her neck and beginning to strangle her, he whispered, “If you don’t stop, you are going to lose me.” 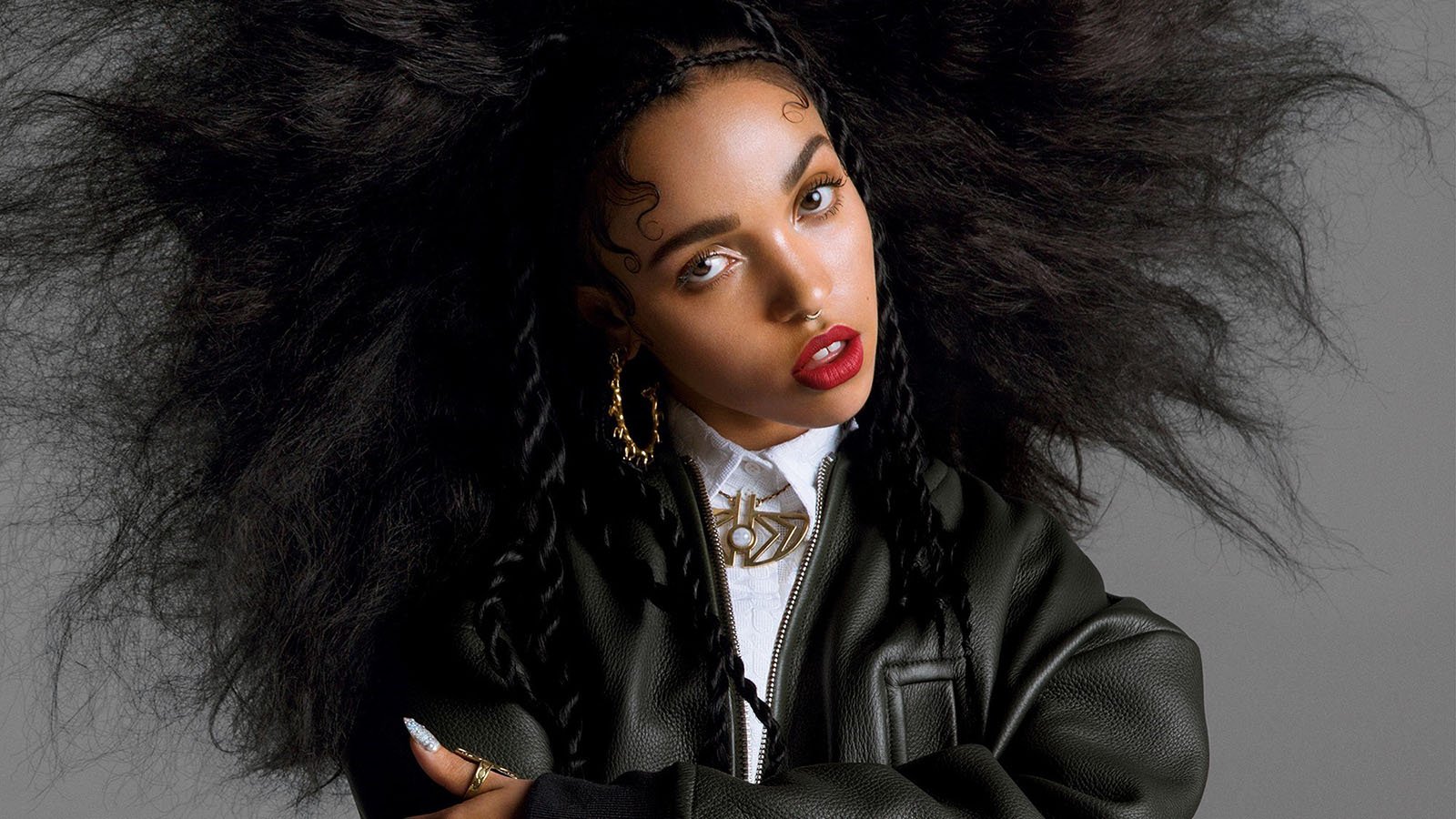 The next morning, Twigs claims, the abuse continued when LaBeouf threw her to the ground outside their hotel, and then began driving maniacally, demanding that Twigs profess her love for him.

As LaBeouf swerved into traffic at an alarming speed, Twigs recalled bracing for the impact of the imminent crash. “I was thinking to myself, ‘I wonder what would happen to my body…if [we] smashed into a wall at 80 miles per hour?’ I was looking for the airbag and I couldn’t see the airbag sign, so I was thinking, ‘If he doesn’t have an airbag, will this car crush my sternum?’ ”

Well done for speaking out, it's so important for others to know there's no shame in it.
Your bravery will help so many. pic.twitter.com/168VS9WGda

Several months later, when Twigs went public with her lawsuit, the case immediately struck a nerve. The singer’s audience was shocked. They began sharing their own stories of survival and thanking Twigs for her honesty,

Australian singer & songwriter Sia, even tweeted about her own firsthand experience with LaBeouf, whom she had cast in her 2015 “Elastic Heart” video. “I believe he’s very sick and I have compassion for him AND his victims. Just know, if you love yourself—stay safe, stay away.”

Twigs hopes that by coming forward with her terrifying story, she can help end the silence surrounding intimate partner violence (IPV). As statistics show, her story is painfully relatable: millions of women will experience IPV, according to the Centers for Disease Control & Prevention (CDC). Approximately half will face psychological aggression; a third, physical violence; and more than a quarter, sexual violence.

If you, or someone you know, is a victim of intimate partner violence, call the National Domestic Violence Hotline toll-free at 800-799-SAFE or connect online at thehotline.org.