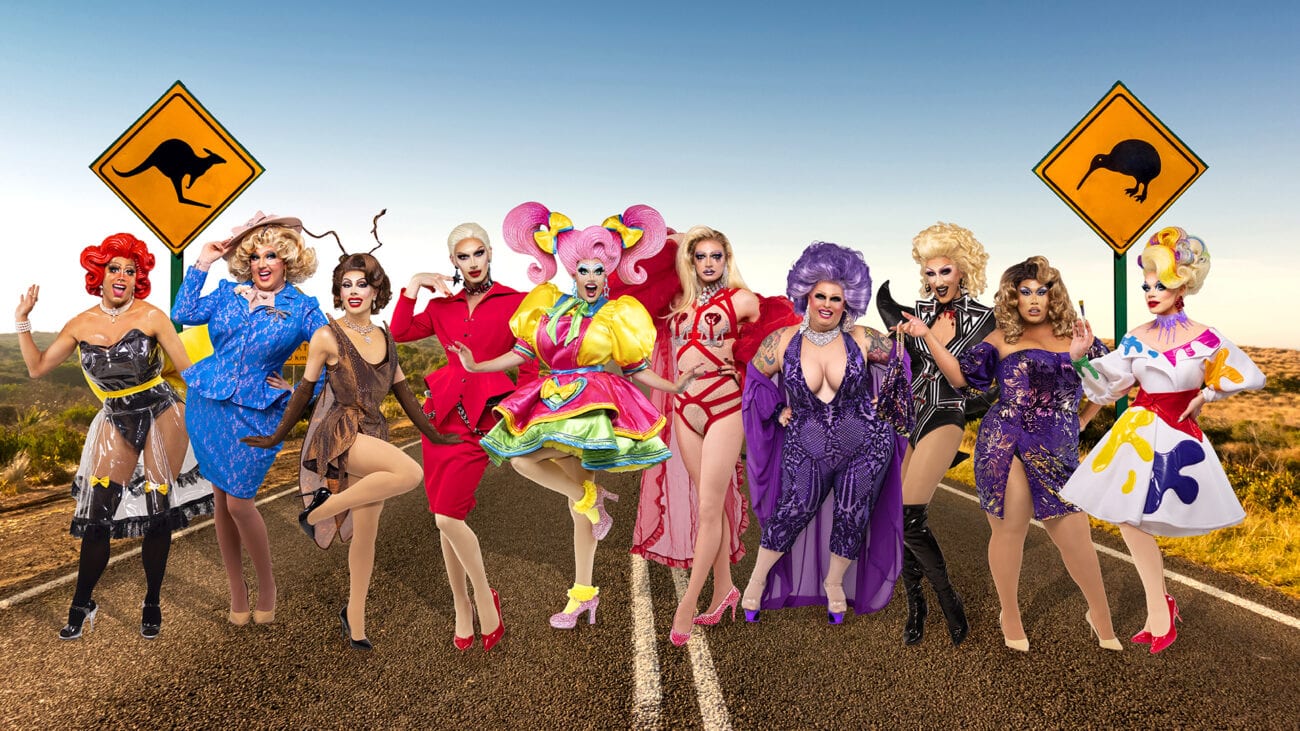 ‘Drag Race Down Under’: How talented can these Aussie queens get?

We have our Drag Race Down Under top four! And oh boy was it as messy as Electra’s wig to get here.

The drama down under has been running high the past couple of episodes, but literally asking the remaining queens who should go home and who should take the crown to get there. Plus, the talent show is a staple challenge in All-Stars, but very rarely makes an appearance in the regular versions of Drag Race. 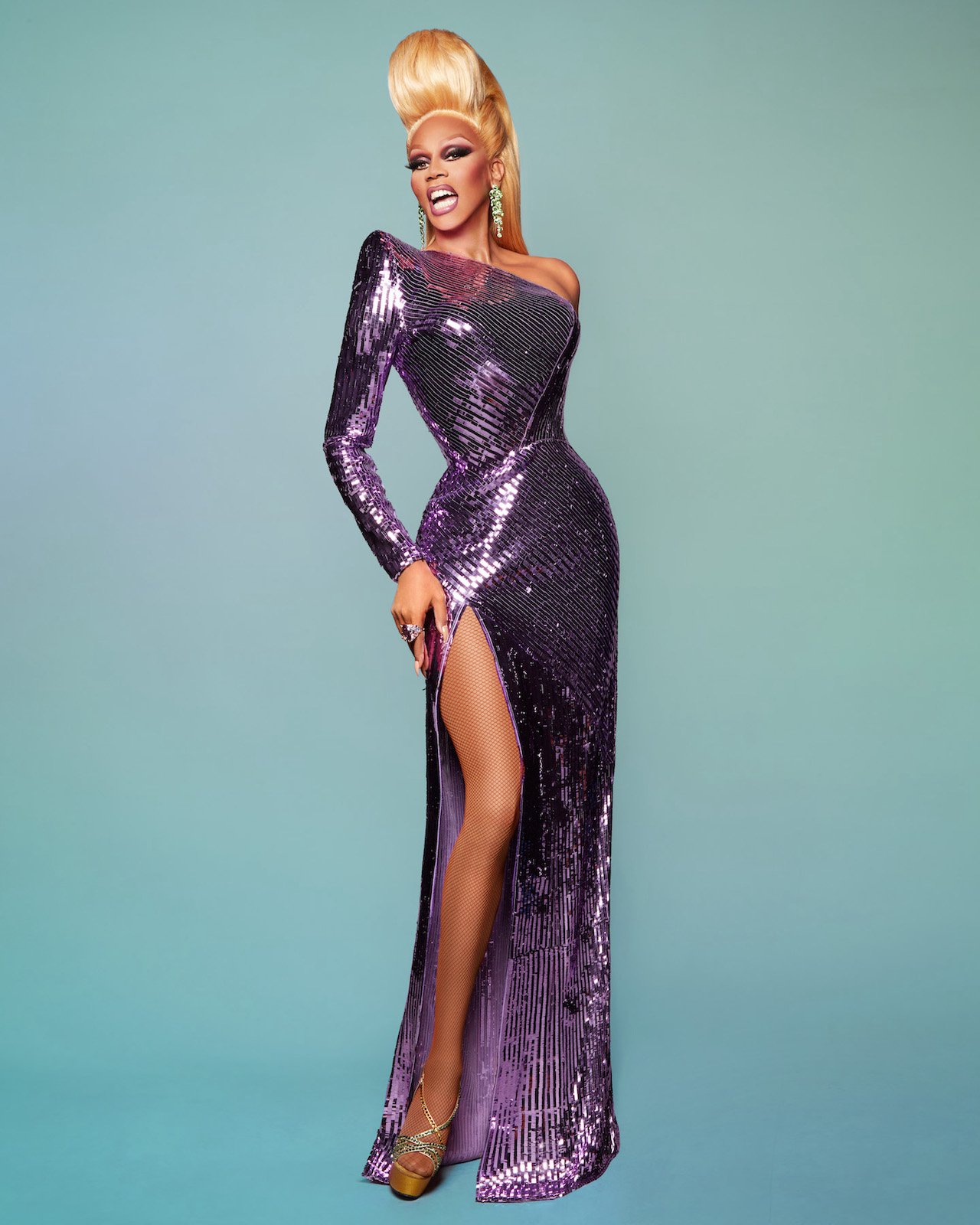 Putting the T in C*NT

As Ru said himself, he’s seen plenty of charisma, uniqueness, and nerve from the queens this season on Drag Race Down Under. But for the penultimate episode, Ru wanted to go under the hood and expose the talents the queens haven’t been able to show off. As Kita Mean won last week’s challenge, she was in charge of organizing the setlist.

With balloon art, funky mouth tricks, quick changes, pole dancing, and contemporary dance, there was plenty of action to go around for all the queens. Thankfully, even the ones who couldn’t bring it to the talent show brought it on the runway. 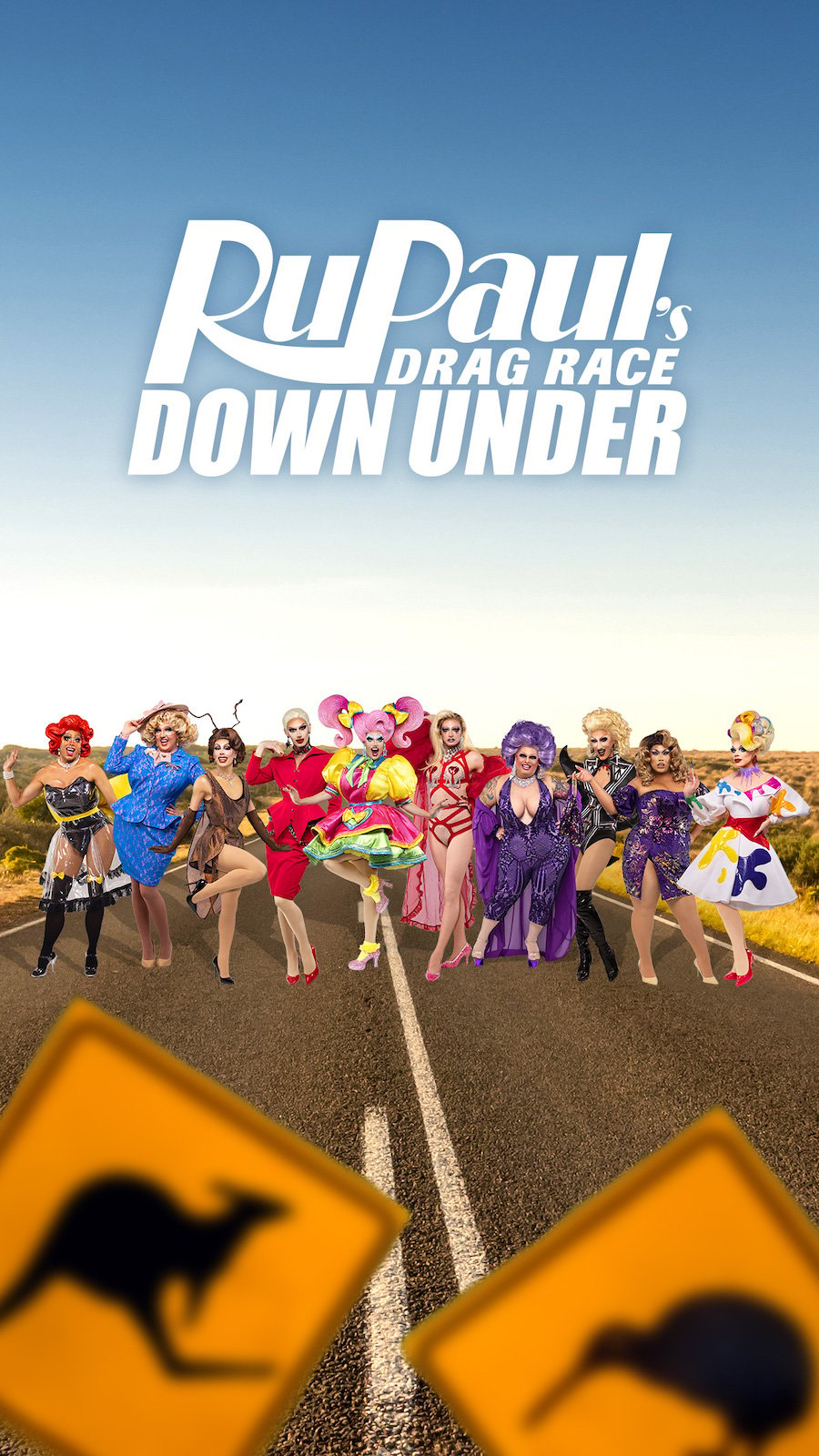 Dragging each other to bits

The end of any Drag Race season gets intense, but it’s not very often Ru straight-up asks the girls who should get kicked off. Plus, special guests The Veronicas popped in during Untucked to start asking even more intimate questions about who should win. Big shock, but all the girls wanted Electra out, as she has come a long way, but she still has a way to go in their minds.

Meanwhile, most of the girls see Kita Mean taking home the crown in next week’s finale. Kita herself supported the idea, though she would also love to see the crown go to Electra. After all, Kita has seen Electra back in her early days so she knows how far she’s come in her career.

Sadly, that connection is exactly what pushed Electra Shock and Kita Mean into the bottom two for this week’s lip-sync. Even with her splits and killer moves, Electra couldn’t bring the heat and lost her spot in the top four. We spoke with Electra about her elimination and the drama this week. You can read our full interview with the queen below. 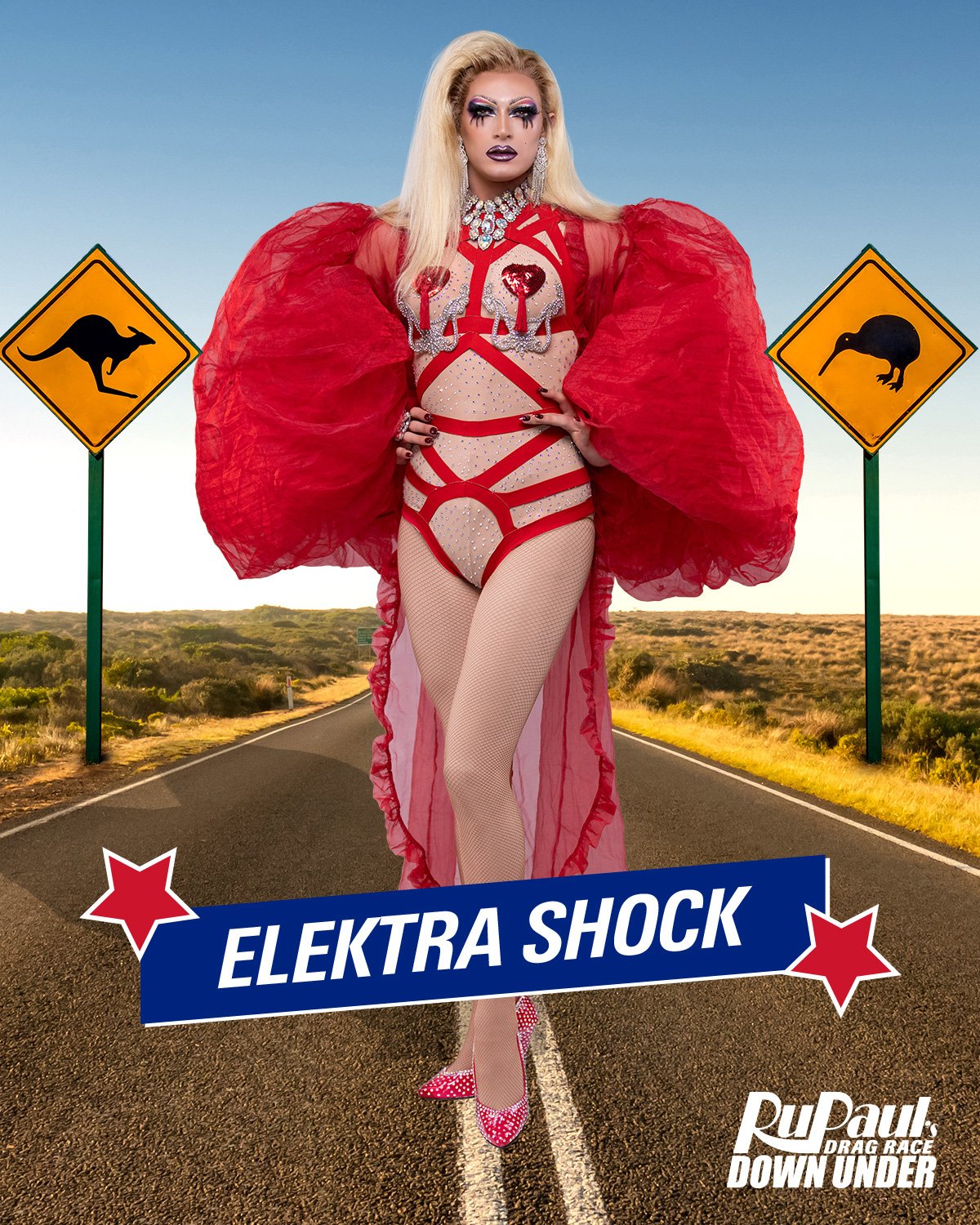 Well, that would be my drag mother Trinity Ice. I used to be a gogo boy essentially which I feel is the tale of a lot of queens.  I was a gogo boy in a gay bar here in Auckland and I was doing this sort of underwear party where I would dance in stilettos. Trinity, in the audience, said “would you ever consider doing drag?” I think my reply was, “what does it pay?” And she said, “I’m sure we can talk about that.”

What made you want to audition for Drag Race Down Under and what was your reaction when you were cast?

I mean, why would not? Drag Race, I mean it’s not the only way to become a drag superstar but I think it really helps. I think having the approval of RuPaul even just being you know we were hand-selected by RuPaul to be on the show and that in itself is such a huge honor. It really was quite incredible. I think it’s something none of us down here thought was ever going to happen. Certainly in New Zealand.

I think we also may be expected the Australian franchise to pop up at some point but for little New Zealand to have RuPaul come down and be able to showcase our drag has been such an amazing opportunity. I was truly honored when I got the call. 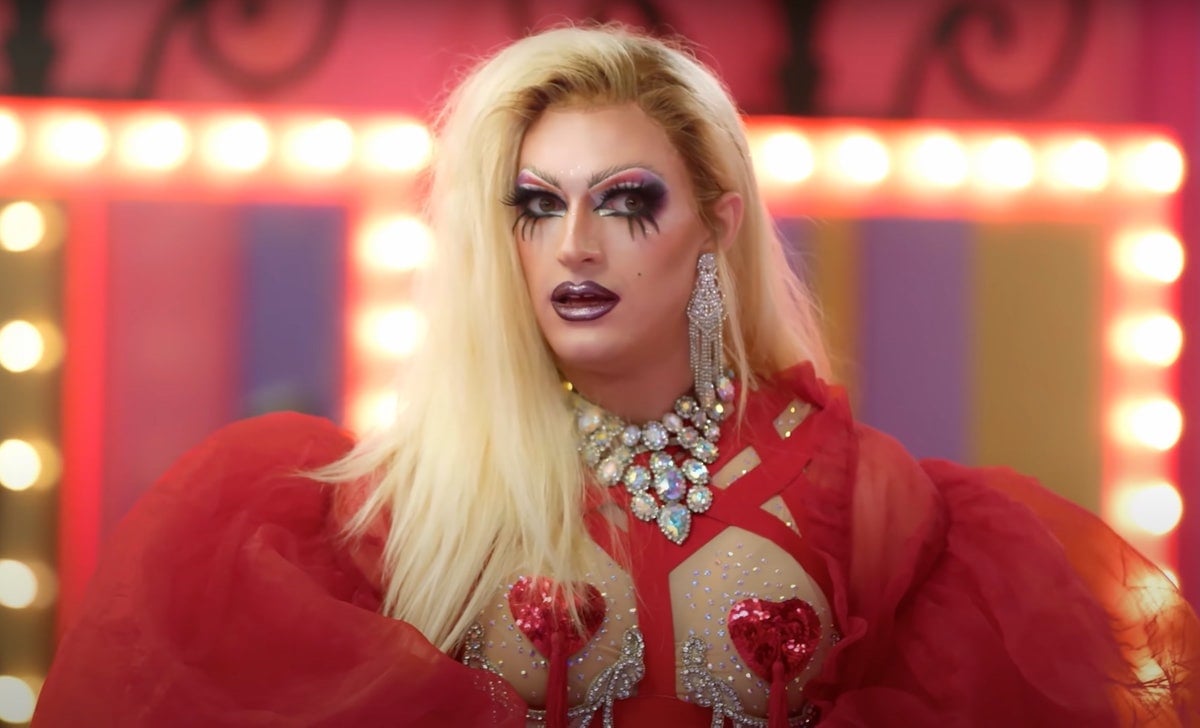 How do you feel knowing you were able to at least make it to the top 5 in the first season of Drag Race Down Under?

I couldn’t have asked for anything more from the competition, other than $30,000. It changed me in a way so much of my life got so much more out of it. We all do it. Here we do drag race for a number of reasons. It’s for the approval of RuPaul and for its exposure to the world.

But what I got from which I didn’t expect was so much growth, I learned so much, the other girls from RuPaul, Michelle, and Rhys from every challenge, made me challenge something in myself, and I felt like a new person at the end of it and that’s what I took from the competition. Seven out of eight episodes is not bad by anyone.

I was alongside fantastic drag queens who I have so much respect for. Maxi Shield and even two of my bosses that I’ve worked with for years, to see Anita leave before me was really crazy but it’s crazy because for so long I’ve worked as an employee of hers, and to outlast her was quite a good shock to me again. It’s sort of like whoa, do I deserve to be here? You have to stay positive to yourself and trust that what you were showing was what they wanted to see.

It’s no secret this episode was a bit messy for everyone. Was the drama as intense in the werkroom as it looked on screen?

It was and it was, it was tough because when now that I sort of started feeling like I really deserved to be there. At the start of the competition, the girl’s fatigue and the judge’s critics really did shape me and made me doubt myself quite a lot, but I worked so hard there on building my confidence and building myself up and taking on critique. So to get right to the end and then have your name, called out four times by people that you’ve been trying to get to know for so long was tough.

It was tough hearing Kita say my name as well that was particularly hard, but I don’t blame anyone. It’s a competition and I know that you know they said that with as much respect as they possibly could, you know and I know those girls, saw the growth in me too so it’s part of the game you know. 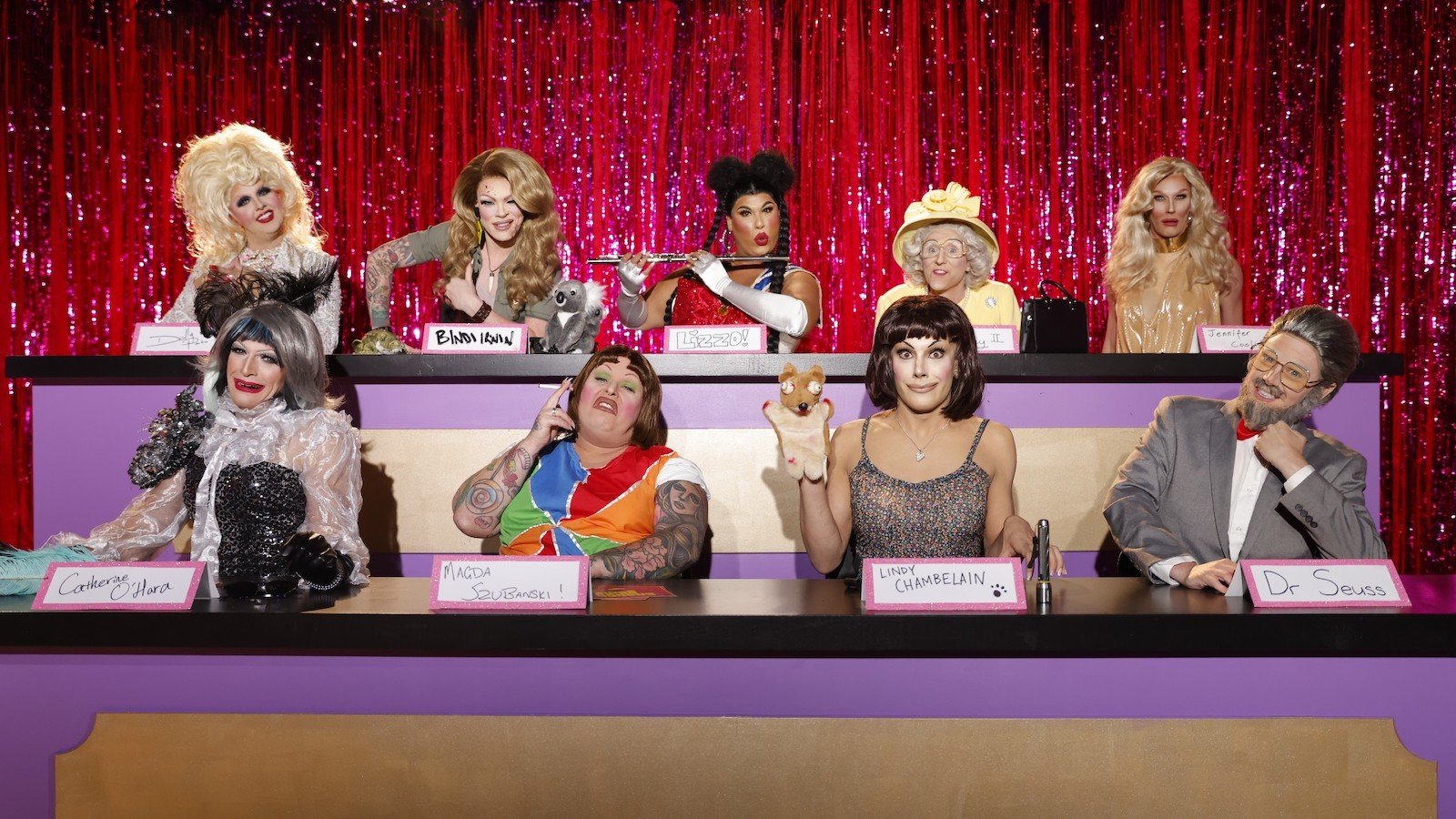 Would you go back and change your performance in the talent show?

I wouldn’t. If I didn’t, maybe if I did All Stars I’d probably come back for another season and we did a talent show I would do something different. I’d add some more comedy and make it a bit more drag.

But, I think, as I said on that dance when I first choreographed it was meant to be about, you know what I went through and with my studio and the struggles that and it became sort of like a victory dance to me and became a relief. And it was so cathartic drag race was like therapy for me. And that was just like this beautiful sort of climax to it all you know it really the complete my journey.

Having to lip-sync against your sister is no small feat. Do you wish you could’ve competed against someone else?

I wouldn’t have had it any other way. There’s no other person I would’ve had send me home than Kita. She’s a friend, a really really good friend. That lipsync was one of the most emotional things that happened on the show. It felt right, she said sorry and I said no, this is right. She is an icon here in New Zealand and I think there’s no one else I would have allowed to beat me.

Now that everything is said and done, how do you feel about your time on Drag Race Down Under?

I think I have been blessed by Drag Race Down Under, I really do. I think I got to show so much of myself and my drag to the world. And that’s what I really think the Drag Race is about now, I think it’s this combination of taking Electra, and taking James and mashing them together and Drag Race is the pressure cooker that makes you do that.

So, I’m so chuffed with how it went, you know, and I think I’ve received so much love from fans around the world and I’ve got so many more new friends. Now, all over the world that I can’t wait to get out and perform for and make connections. I loved every minute of it. 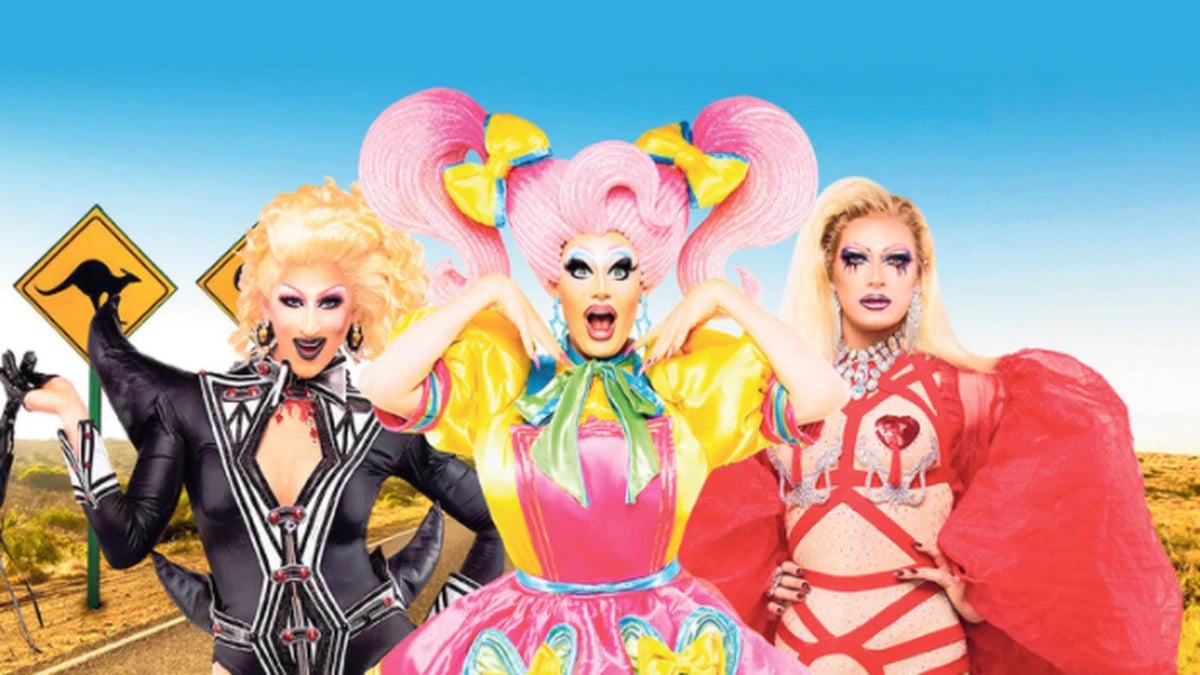 I really have left my options open. I’m doing Drag Bingo and ruptured my mother Trinity Ice and I’ll hopefully be touring later in the year with Live Nation. So I really am just taking every day, and being open to opportunities.

I’d love to collaborate with people. I’d love to maybe do music one day but I definitely will be bringing dance back into my life, I think people have been messaging me asking for classes and wanting me to teach and things like that so you might see, you might see an Electra workshop coming to a town near you soon.