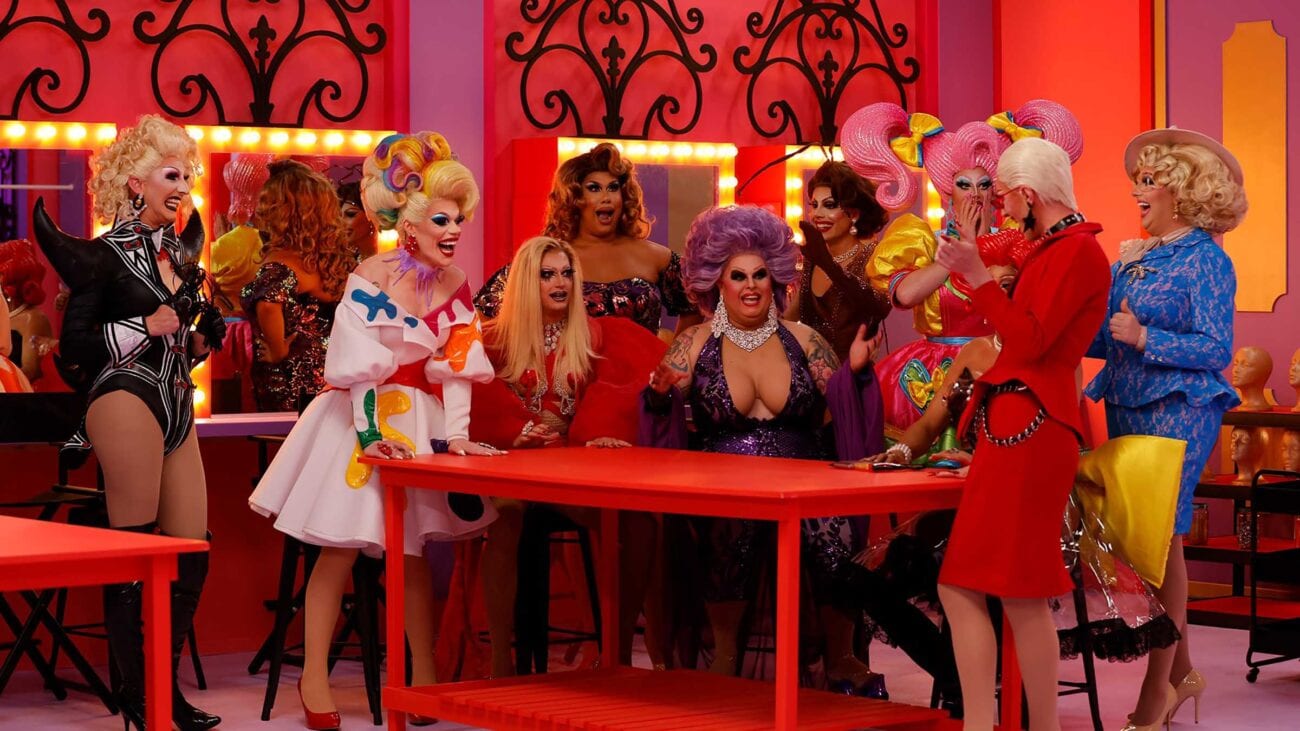 ‘Drag Race Down Under’: Peek at the drama unfolding this week in the werkroom

Someone must have turned the heat up in the Drag Race Down Under werkroom because the shade was strong. Episode 4 has brought out the reads in each queen, and we’re starting to see the rivalries. Plus, with the surprise return of an eliminated queen, the tea is brewing as strong as possible.

Now, design challenges are hard enough on their own, but the trash design challenge is a special kind of trouble. Especially when Art Simone comes jumping out of the dumpster to ruin Karen from Finance’s day. Yes, Art’s Bindi must not have been bad enough because Ru and the judges are letting her back in the competition. But can she survive more than one more episode? 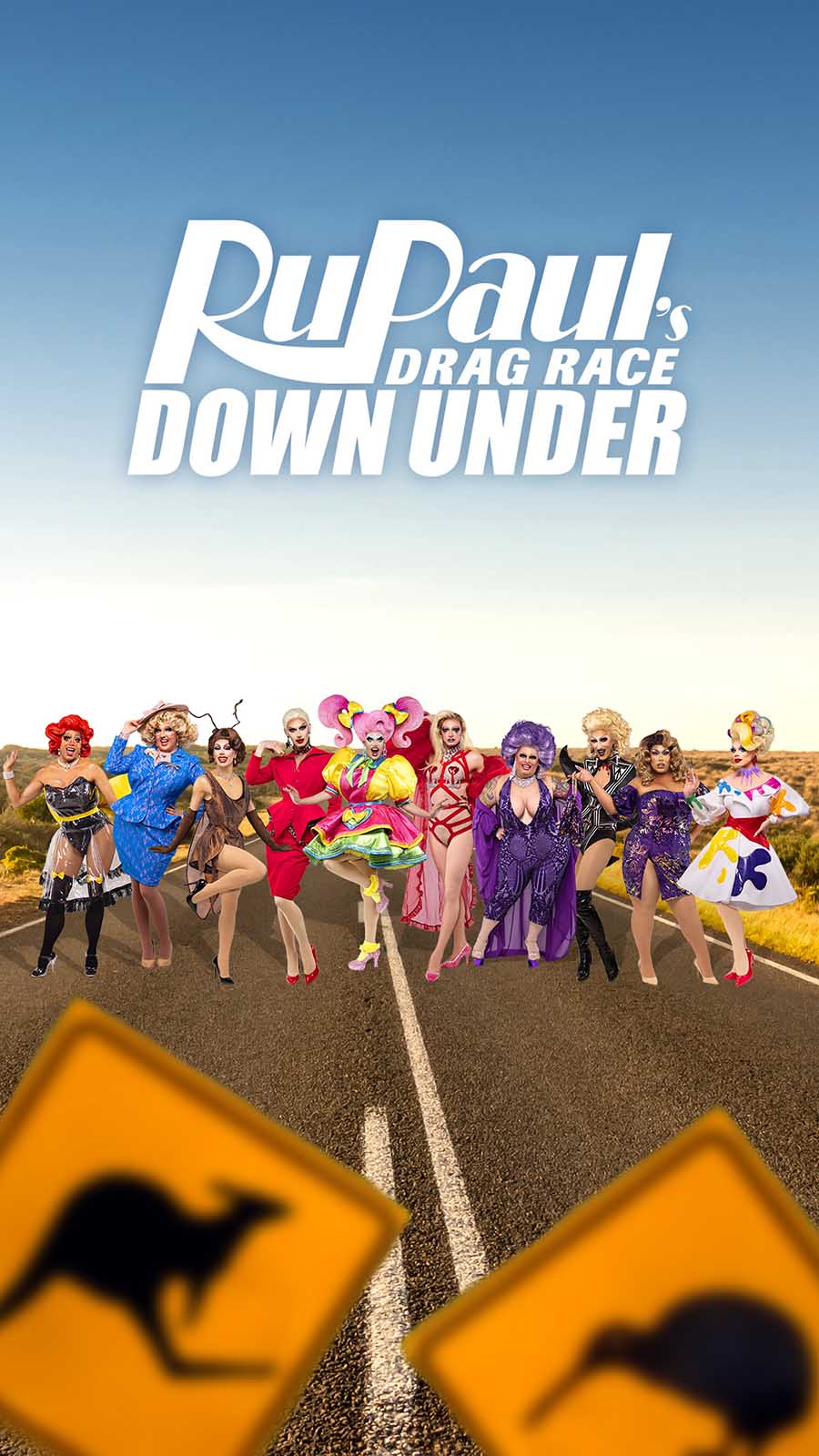 Trash truly can be treasure

Scarlet Adams continues her maxi-challenge winning streak again thanks to an outfit made out of a literal picnic blanket. Her picnic chic with the grapes really stood out, and felt like an actual runway lewk, challenge aside. Well deserved win.

A big shout out to Maxi Shield though, who took Ru’s criticism of showing more of herself and adding some sex appeal seriously. Her drag bag lewk should’ve been a disaster, and yet she nailed the challenge in more ways than one. Hopefully Maxi keeps it up as the season continues. 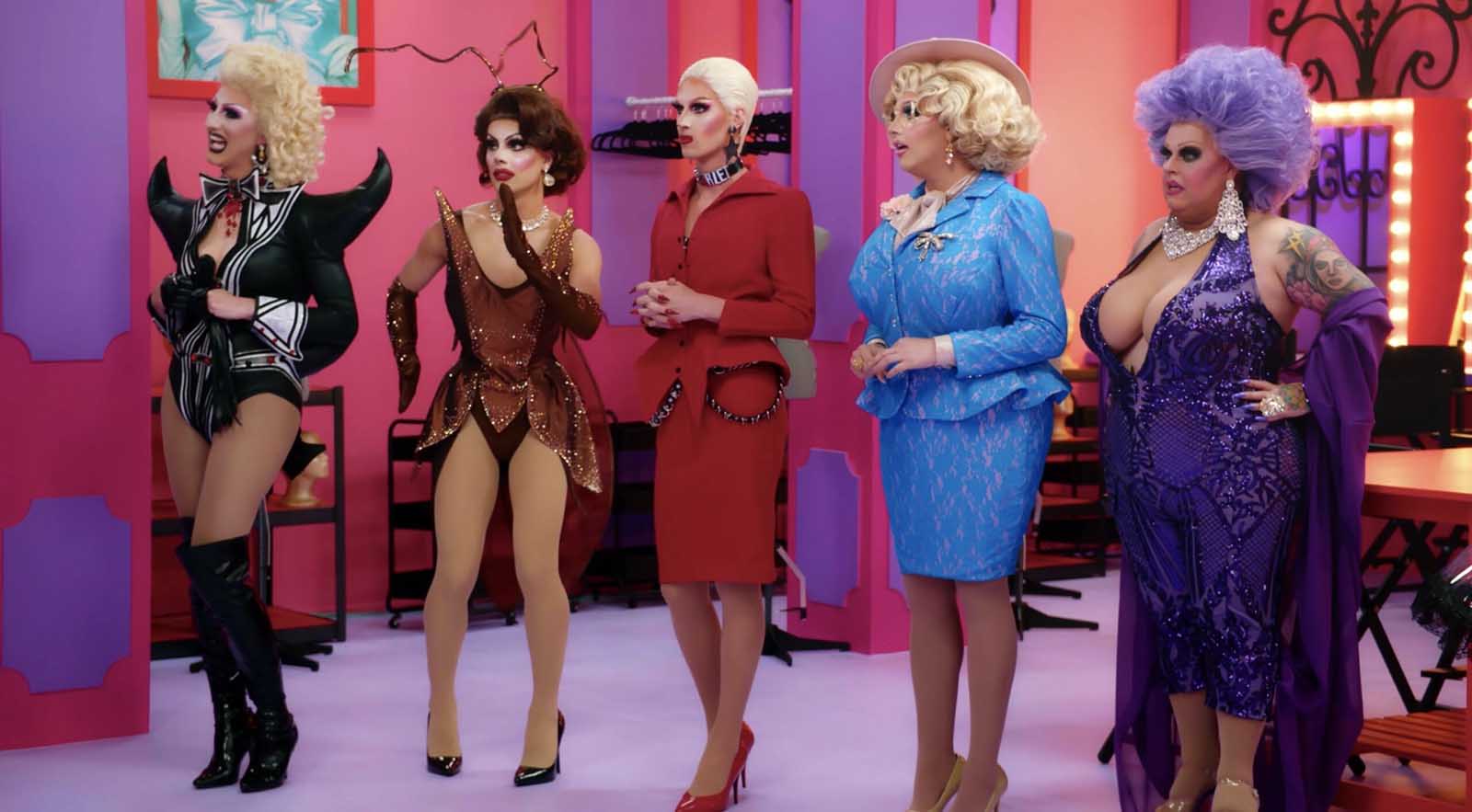 On the weaker end, we saw some decent ideas from the bottom three. Sadly, they just didn’t translate well when it came to the finished product. Etcetera Etcetera’s lewk really did have potential. But there was some kind of disconnect where the lewk was finished, yet it felt like it was missing a bit of pizazz.

Meanwhile, Karen from Finance apparently really wanted to redeem herself in Snatch Game. Too bad she forgot what challenge she was participating in, and ended up throwing herself in the bottom two. While she should’ve gone home for dabbing, we can forgive her (a lil bit) for that beautiful lip sync. 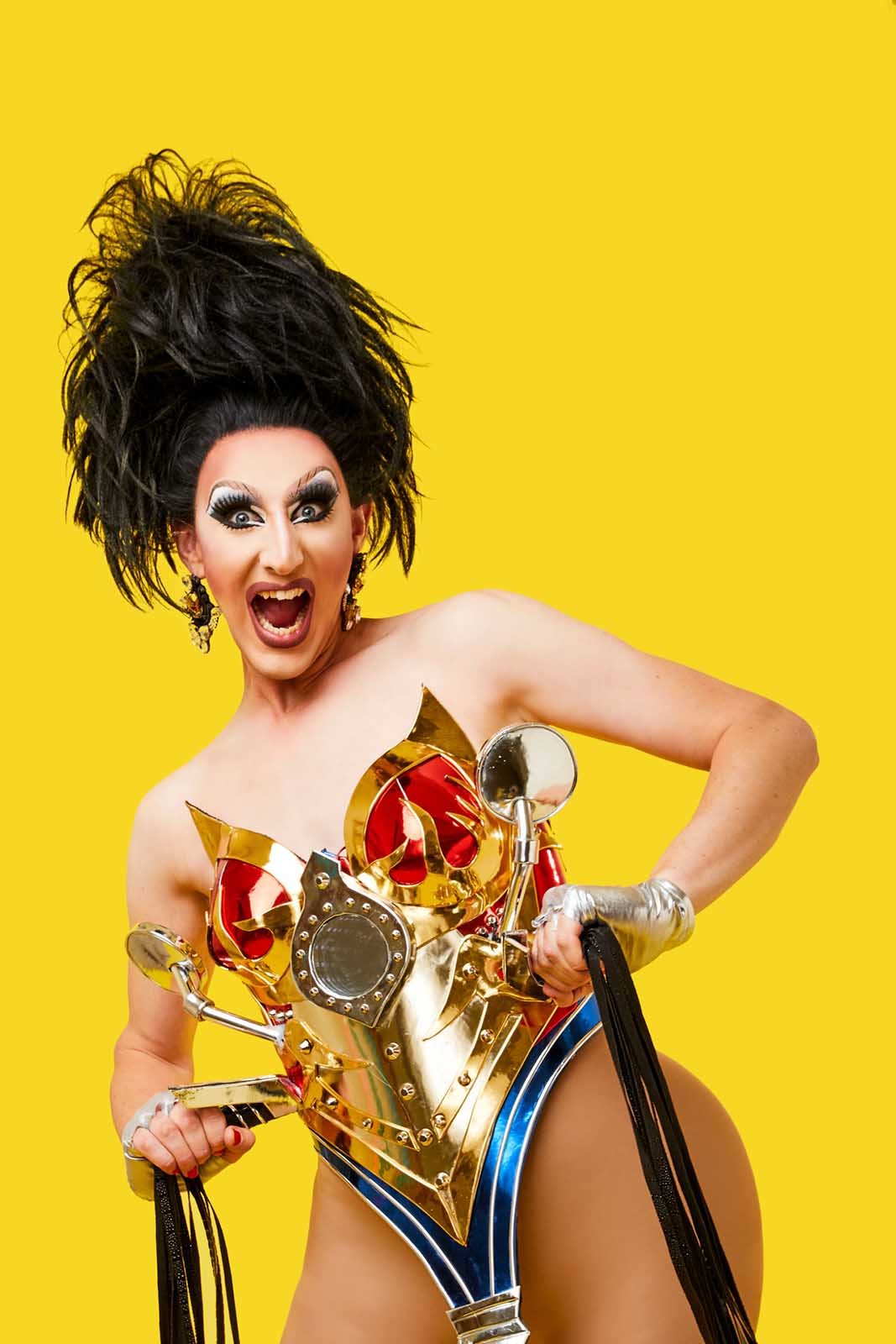 Breaking up the House of Drag

Sadly, Anita Wigl’it couldn’t make magic out of hot glue, and while her lip sync performance was hot, it wasn’t as smoking as Karen from Finance. Sorry to everyone hoping House of Drag would take home the crown together.

We spoke with Anita about her time on the show, and where she thinks she went wrong with her lewk this week. You can read our full interview with this week’s eliminated queen below. 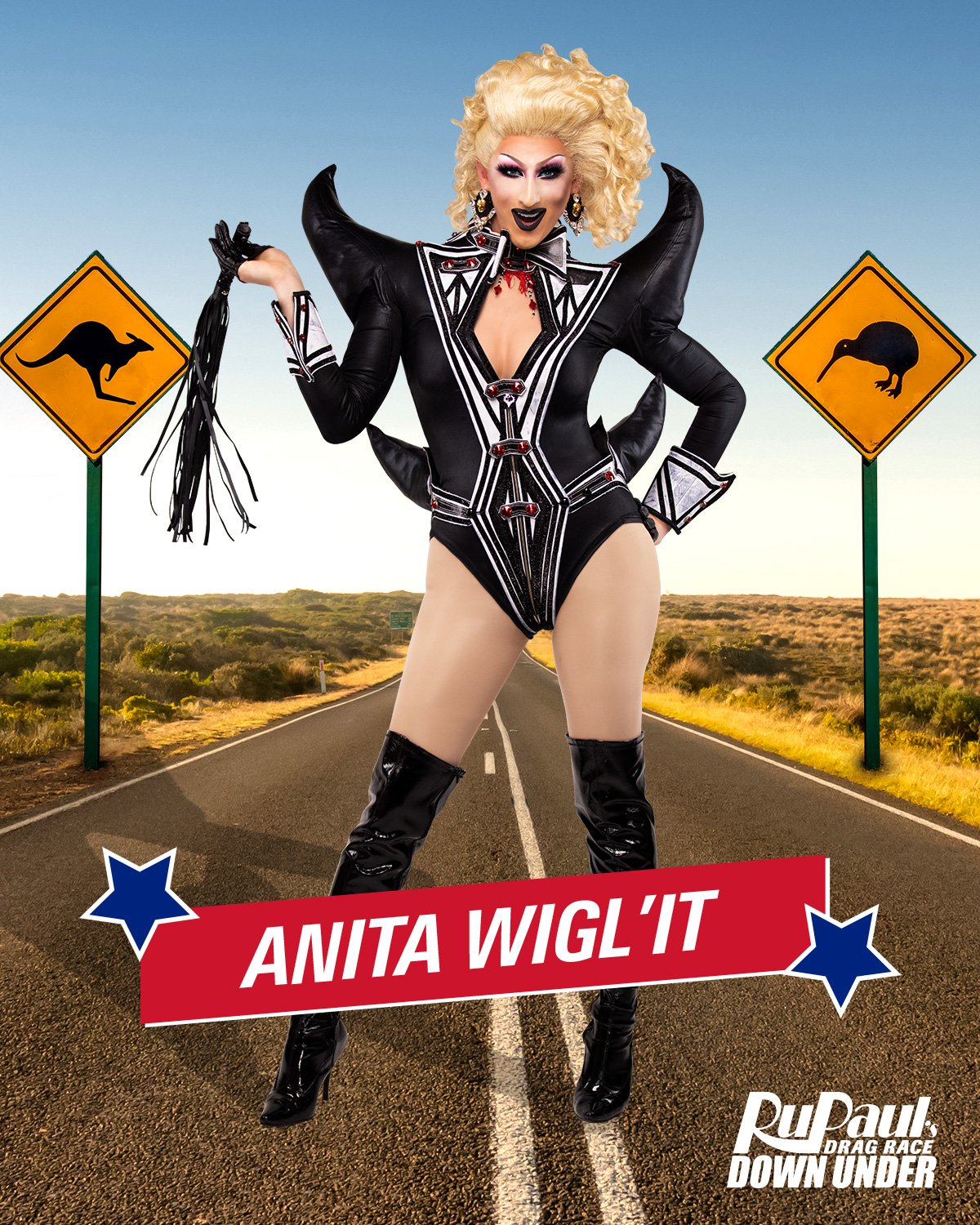 What made you get into drag in the first place?

When I was studying at university, I got a student job and I worked at the theaters in Auckland, just working on the bar in Auckland. The first musical that we’ve had with a musical version of Priscilla, Queen of the Desert, the iconic movie from Australia, and that was the first time I’d ever seen drag queen on stage and the audience just loved it.

The joy, the laughter that they had was so infectious, so I decided to dress in drag for a theater Christmas party at the end of the year. I loved it so much that I had a Priscilla themed 21st birthday. Then I contacted the local club and said I’d love to do shows if you want and that’s kind of how it all happened. So I guess I was inspired by the musical. 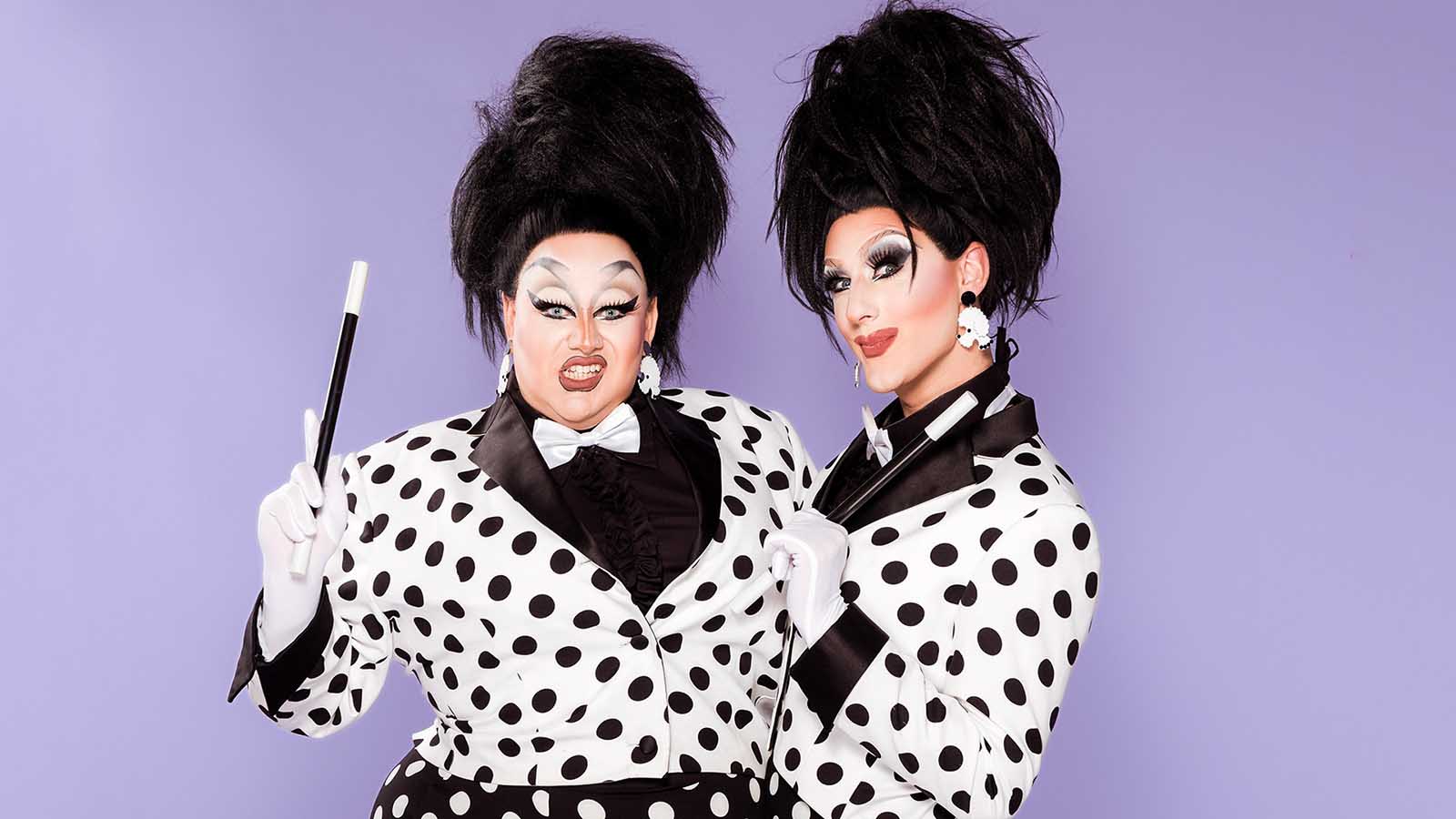 As the co-host of House of Drag, do you feel like Drag Race Down Under will help or hurt your show in the future?

I’m gonna say help, because it’ll give Kita [Mean] and I a bigger platform which would attract more people to watch it. But it will also hurt because House of Drag is kind of like a cheap knockoff of Drag Race/Big Brother, so it will kind of make it even more ridiculous. Hopefully it helps because it’s such a stupidly delightful little TV show.

We have so much fun filming. We would drink, you know,  a little fluke glass of champagne. Oh yeah, we would  have this joke of continuity. So we would like, have a full glass that we drink during filming. Then we’d probably have to do it again so we’d go “Continuity” and fill our glasses again, and it would just keep fluctuating.

What made you want to audition for Drag Race Down Under and what was your reaction when you were cast?

Because I do drag full-time now, I kind of couldn’t not audition for Drag Race because by doing it, it just puts you on a platform that’s so much bigger than anything you could do yourself. So that’s why I auditioned, and then when I found out I got on, t’was surreal, and it still is surreal that I’ve even done it.

It was just such a blur, but it was kind of the most amazing, intense, incredible, moment of my life. And now hopefully, it’s becoming apparent to me that over the next year, two years, I get to sort of enjoy the fruits of that sort of almost minimal labor, really.

Were you surprised to see Art Simone return to the competition?

I was! The Pit Crew were wheeling and draggin in this dumpster. Oh my god they’re so strong if they can lug all that trash and Art Simone. But it was so surprising to see her come back really because as much as I didn’t want her to be there because she’s such a fierce competitor and an amazing drag queen. And I think on that level, we were so relieved we got rid of her.

On the other hand, seeing her go home was so upsetting because she wanted it so badly, and everybody kind of thinks “The rumor on the street is if there’s a RuPaul’s Drag Race Down Under, then Art Simone will win the first season.” And so, all that sort of pressure and the expectation ended when she went home sear early. It was sort of really nice though that he got another chance to do well. 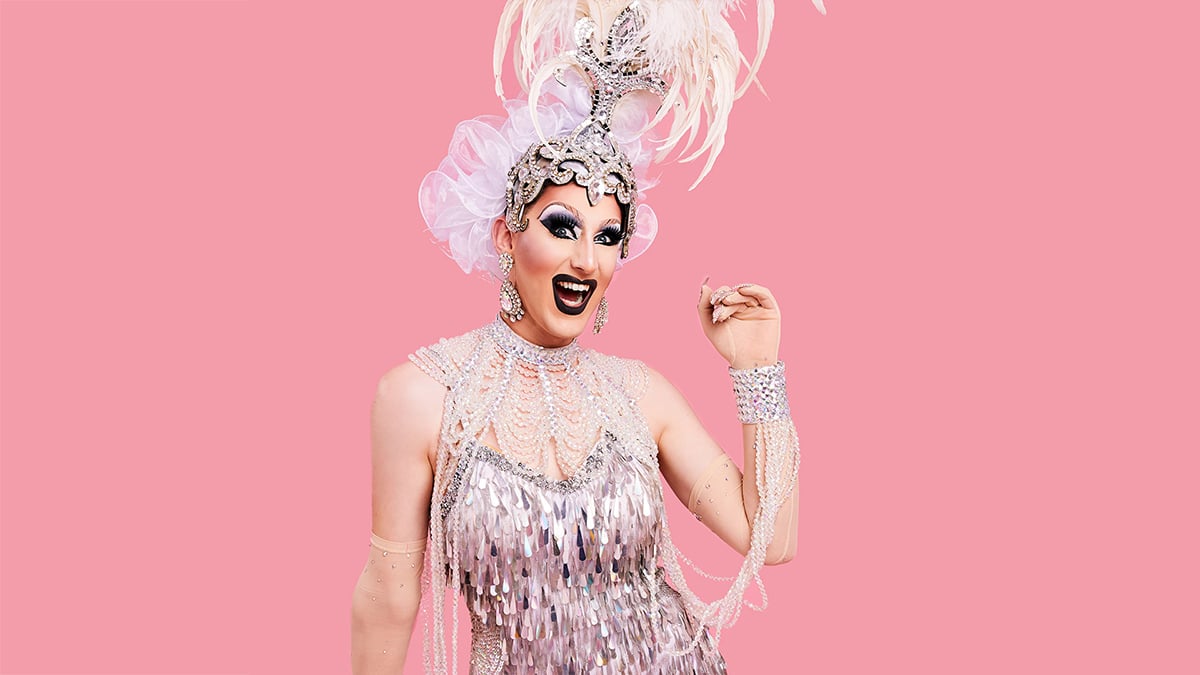 Tensions were running high in the werkroom this week. What was up with all the extra shady reads between the queens?

At this point, we have all known each other for a while now. We were all being really nice to each other to start with.I think people were beginning to realize that it’s a competition, tensions running high, etc.

It’s also, I think a costume making challenge always has a lot of tension because everything goes wrong, and it doesn’t fit, and just doesn’t work, the needle on the sewing machines breaks, stuff like that. I think there were a couple elements, and it just led to a couple of the contestants going at it.

You made it clear from the beginning you’re not a sewer. Did you see yourself ending up in the bottom two automatically?

It’s funny, when I went into the show, I was watching previous seasons. So I was convinced that there would be a sewing challenge, and there would be a bedazzling challenge and those were the two challenges I was the most worried about. But I’m not really much of a dancer and I did really well, so.

But then I thought, “I know to sew. I’m not, like, the best by any stretch of the imagination, I can put together like a poncho or a simple dress.” I was really excited for it, because I was excited to come up with a concept, and I knew that I’d be asked to piece something together. When I found out the challenge, part of me was really excited to get to it. 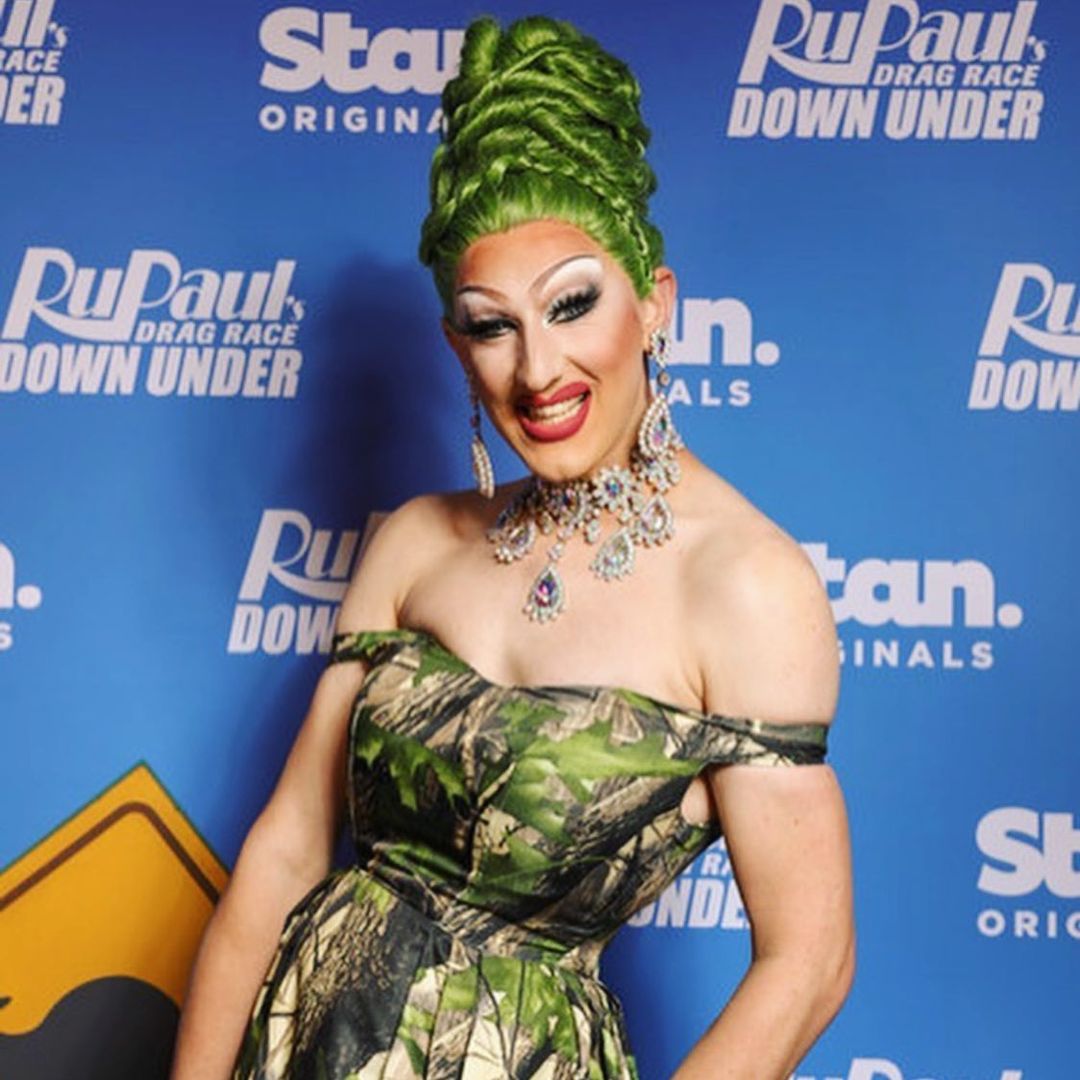 Ru called your dumpster lewk unoriginal, and said it had been done better. Did you know your lewk was done before when you designed it?

Well actually, which no one will ever see because I didn’t execute it well, but my initial concept was, I was inspired by Bob Mackie’s dresses, and how we share things, sort of like new details and threads that takes the eye from the shoulder down to the waist. So that was my initial concept, as I was going along.

I think it was Karen from Finance who said “Oh this looks like the dust from burnt books.” And so that concept took over, and that was sort of one of the hardest parts for me when Ru said that. That was sort of the only critique that really wasn’t good.

Some of the other dresses, like Maxi [Shields] for example, her outfit was amazing that she made, but she used those bags which Divina the Campa made trousers from in the UK season one, I believe. And Electra [Shock] used hide that was used before, you have the balls where they have been used before. So saying that’s the thing that put me in the bottom, it doesn’t feel very good. 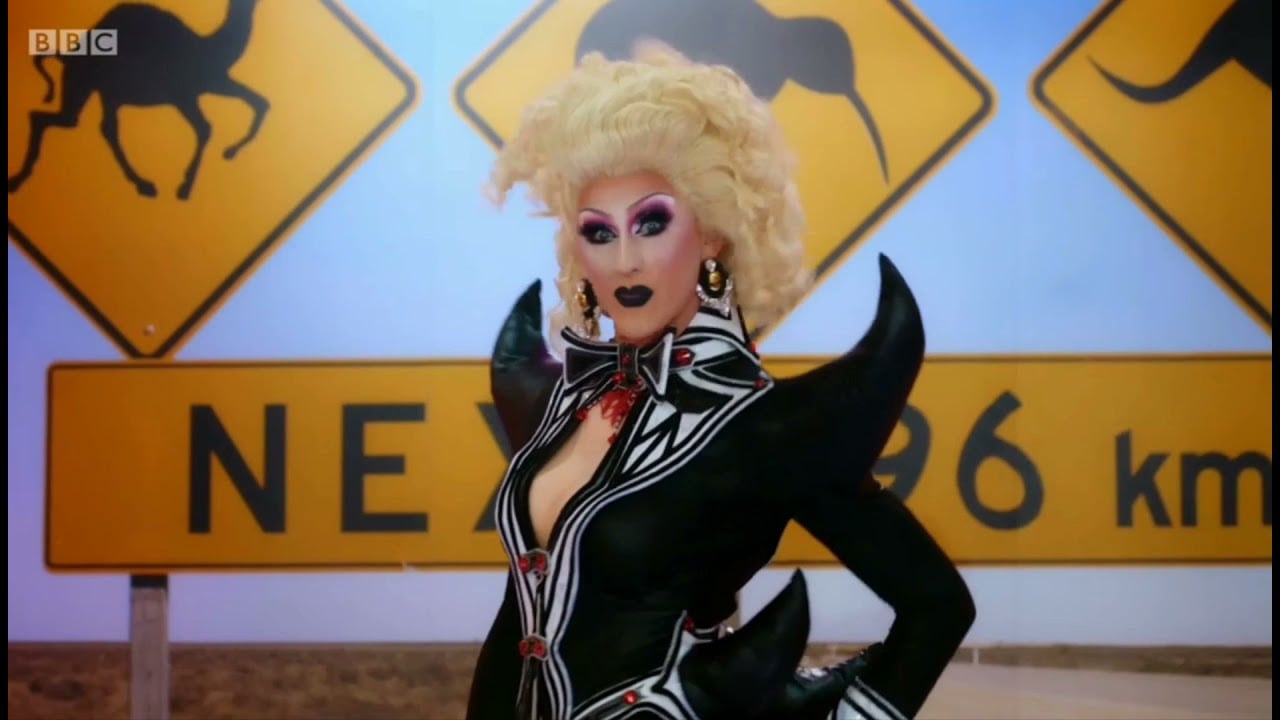 What did you take away from your time on Drag Race Down Under?

God, I think it gave me a wave of confidence.I love comedy and making people laugh, and it gave me kind of the assurance that I needed.

And also, in a weird way, it was interesting seeing me on camera, out of drag, because I’ve never sort of seen myself out of drag, really before. So it was really kind of maturing to be like, “Oh! That’s who I am!” and I’m totally cool with that. That was pretty nice to kind of accept myself and realize that I have skills and be able to celebrate that.

What’s coming next for Anita Wigl’it?

Well I do have a one-woman show called Anita Wigl’it: The Life of a Funny Girl, which is gonna be sort of an hour-long comedy show, about my life and the funny things I get up to. I’ll debut that in Auckland in June, and then I’ll be taking it to Wellington & Christchurch hopefully in New Zealand, and then hopefully Australia in Melbourne. So that’s coming up!

Hopefully somewhere in the pipeline is a tour. We’ve talked about touring the UK at the moment. And hopefully, I’d love to do things like Werq the World and all those sorts of things. Other than that, I’m just gonna say yes to everything, and take every opportunity I can possibly get.

Drag Race Down Under airs Saturdays on TVNZ in New Zealand, Stan in Australia, BBC Three in the UK, and WOWPresents Plus in the U.S. and other select territories.