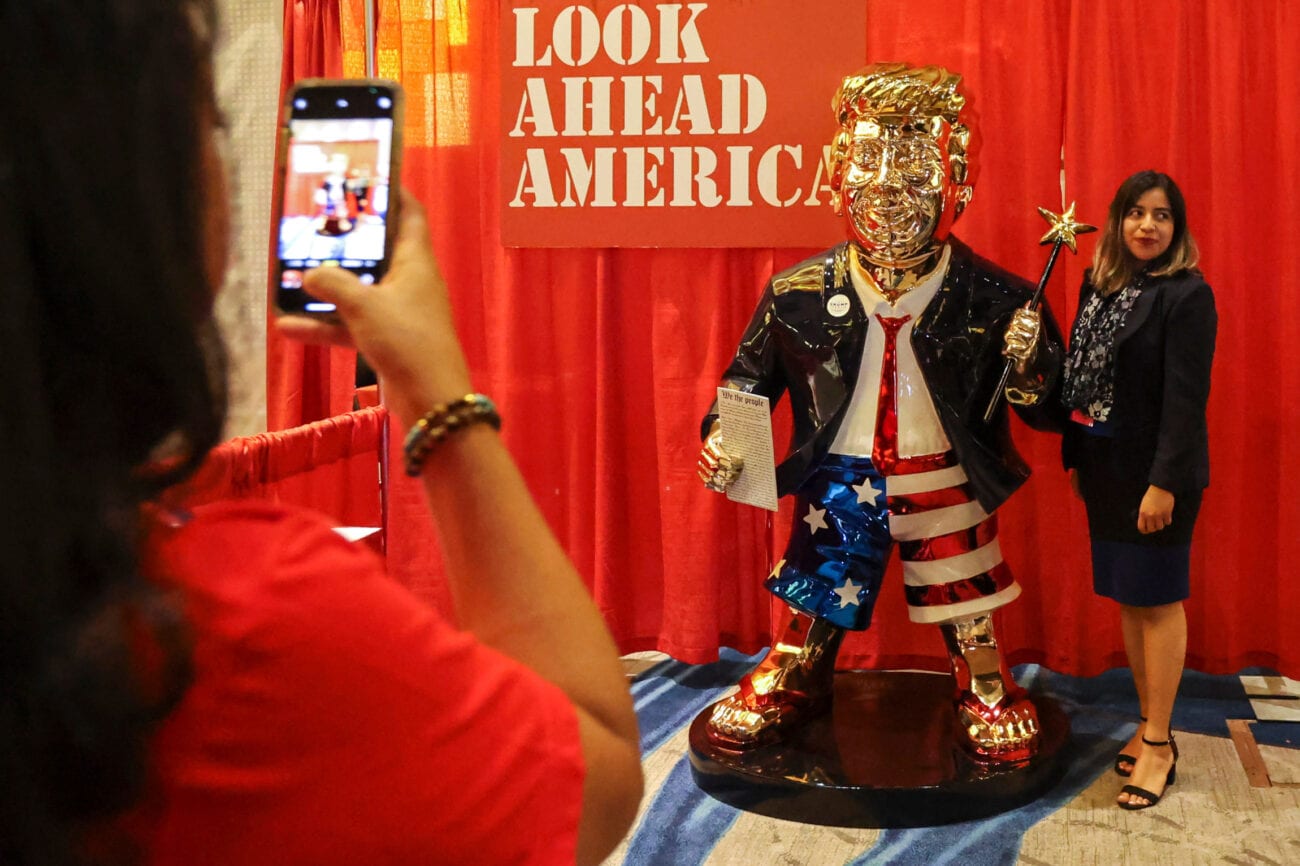 Former President Donald Trump is set to take the stage on Sunday, February 28th, 2021, in his first public speech since he left the White House on January 20. Trump is appearing as a headline speaker at the 2021 Conservative Political Action Conference (CPAC). The conference, which kicked off on Friday, features a packed schedule with three days worth of speakers appearing.

The conference is taking place in Orlando, Florida, and will see the likes of conservative activists, lawmakers, and Republican Party members take the stage. While Trump’s attendance is most certainly confirmed, former Vice President Mike Pence allegedly turned down an invitation to speak, while Republican Senate Minority Leader Mitch McConnell didn’t even get an invitation.

The conference has Trump’s MAGA fan base excited, as many of the speakers on the ticket adhere to the MAGA ideology. How can regular folks at home get a front-row ticket to the show? Here is everything we know about the conference and where you can watch it. 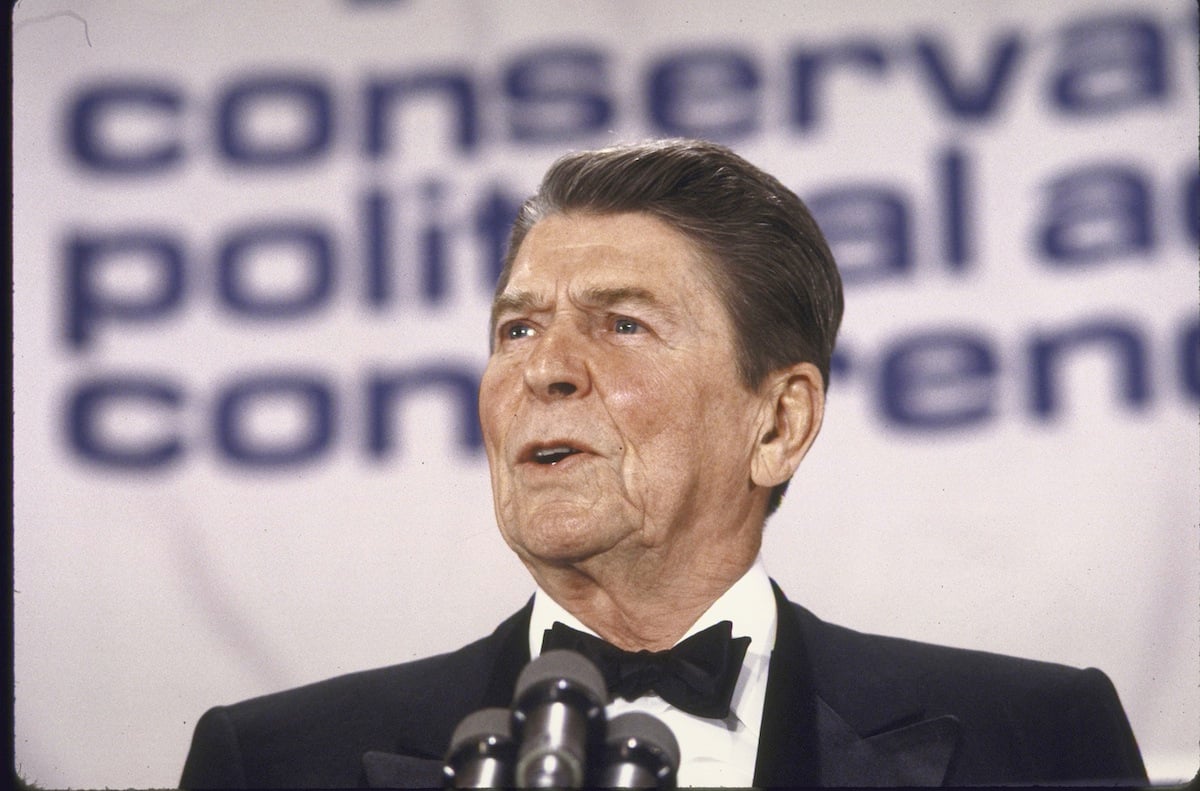 Hosted by the American Conservative Union (ACU), the Conservative Political Action Conference, or CPAC, is an annual political conference frequented by conservative politicians & activists from around the United States. The conference was founded in 1974 by the ACU & the Young Americans for Freedom (YAF). Their first-ever keynote speaker was Ronald Reagan.

Although the conference enjoyed prosperity at first, by the mid-1980s, membership declined in response to organizational infighting. At this time, YAF was struggling to maintain its relevance & impact on the conservative community. However, the rise of the Tea Party Movement saw the organization experience a swing back, and membership began flourishing once more. 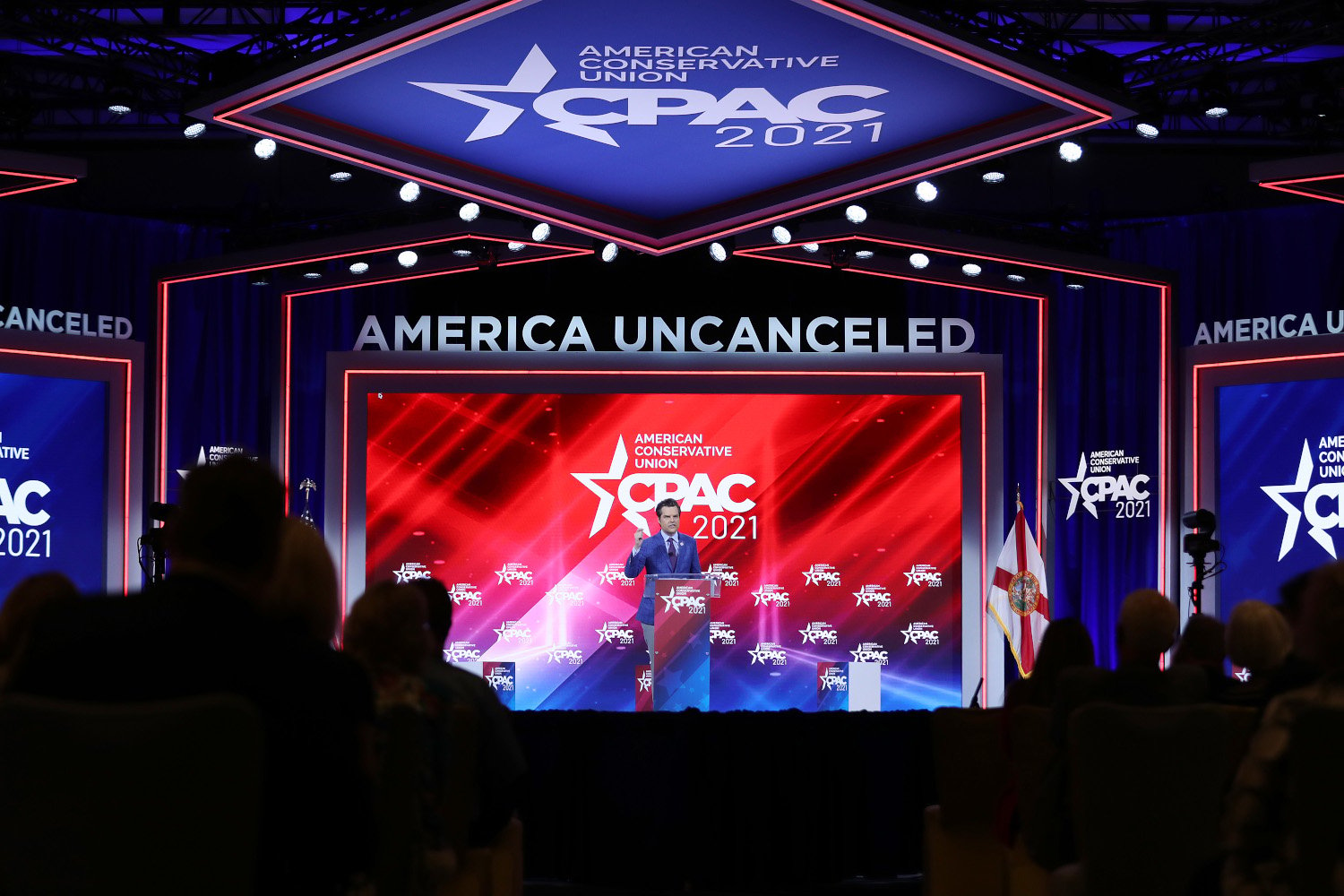 In its 45 year history, CPAC has been honored to present prominent conservatives including Presidents of the United States, Vice Presidents, cabinet officials, Members of Congress, members of the judiciary, conservative thought leaders and foreign officials.”

Former President Donald Trump has spoken at every CPAC conference since 2016. 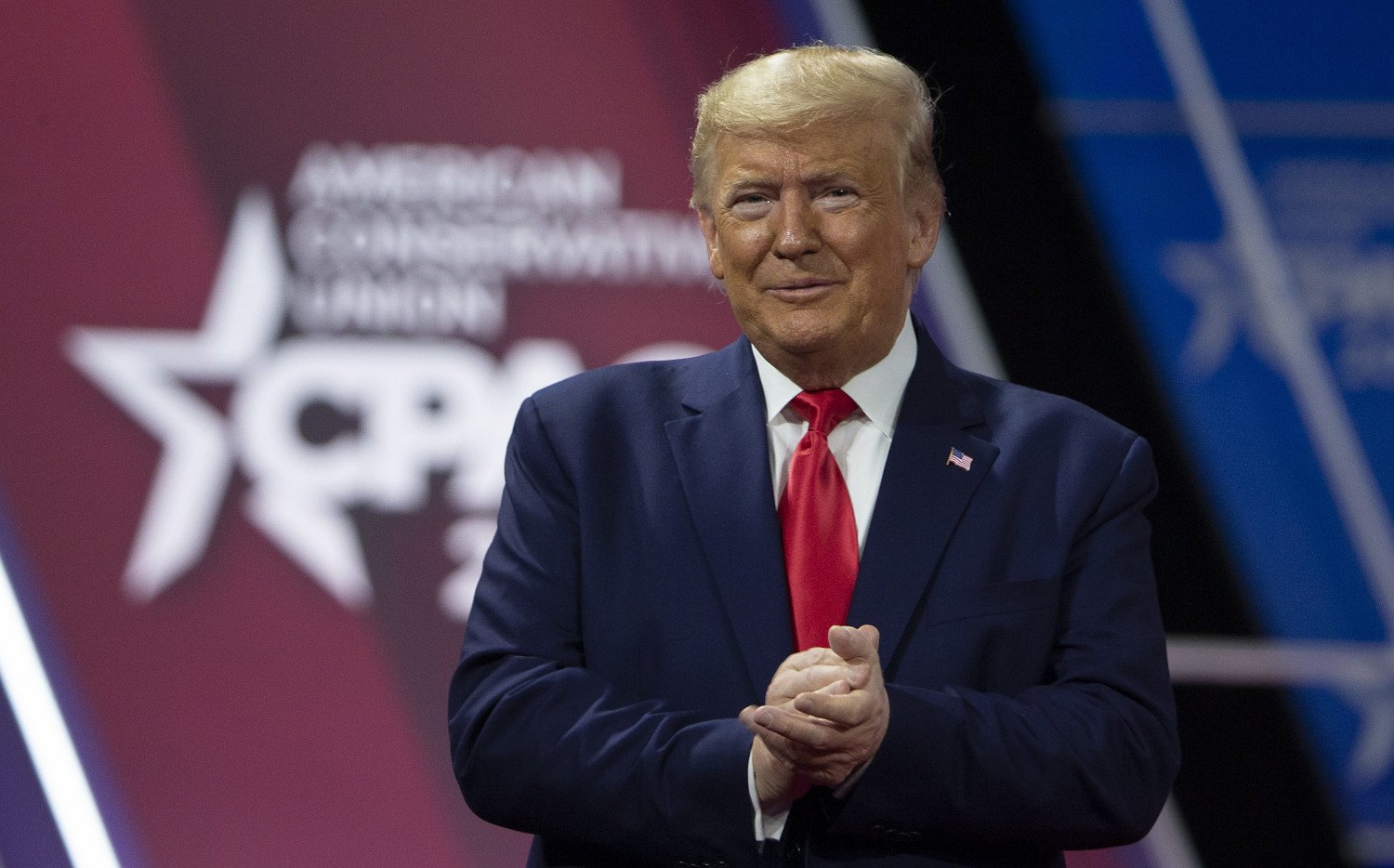 According to a report in The New York Post, Donald Trump is planning to use his speech at the CPAC conference on Sunday to attack President Joe Biden. The former president allegedly intends to slam the current administration on immigration, energy, the closing/reopening of schools, and identity politics.

According to a representative, Trump was unavailable for comment prior to the conference. However, former White House Chief of Staff Mark Meadows went on Fox News this week to discuss the upcoming conference. 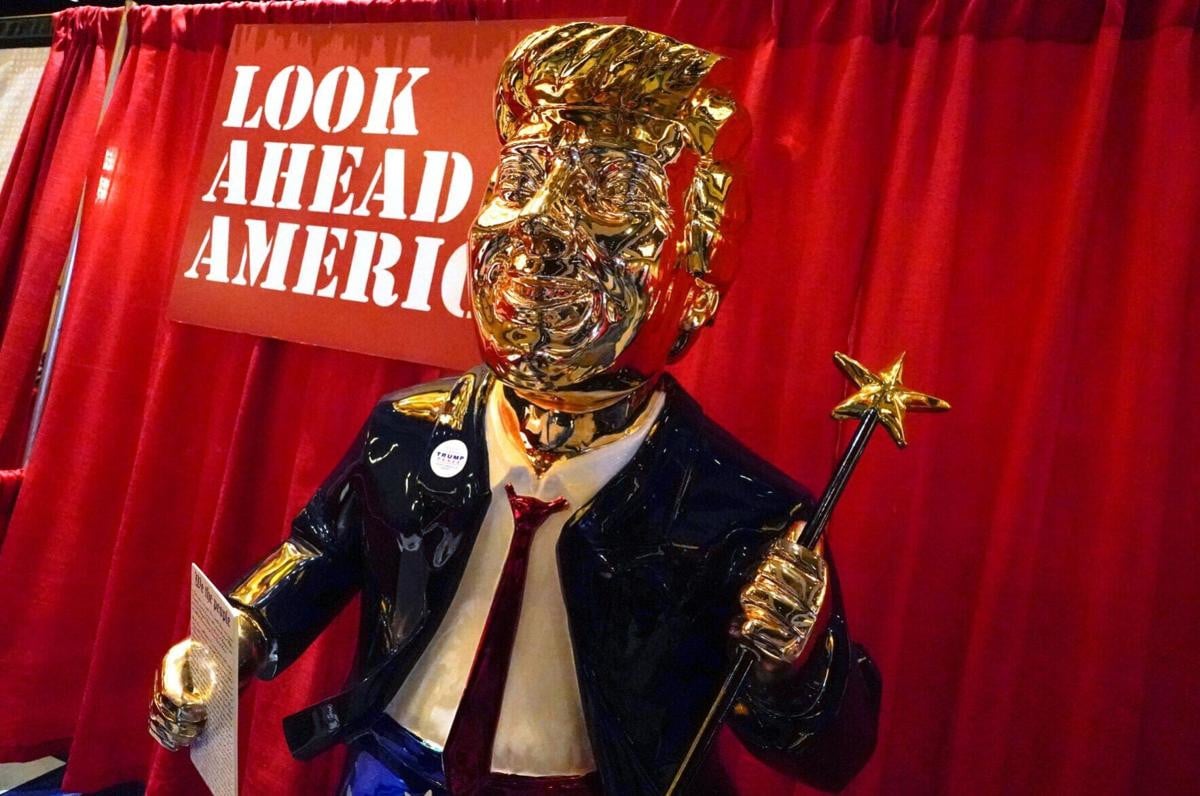 “Well you’re going to see a speech on Sunday that talks about not only the beginning, but what the future may look like, and I’m excited about it,” he said.

“I spoke to President [Donald] Trump last night for a fairly lengthy conversation where [we] were talking about America, where it needs to go, continuing the America first agenda. But more importantly than that, how this President — Biden — has undermined that particular policy within days. And we see it,” Meadows told Fox News on Thursday.

Meadows went on to say that Trump’s keynote address is intended as a planning tool for the next administration. Meadows made it clear that the former president is planning to use this opportunity to announce his intention to run for the 2024 election. 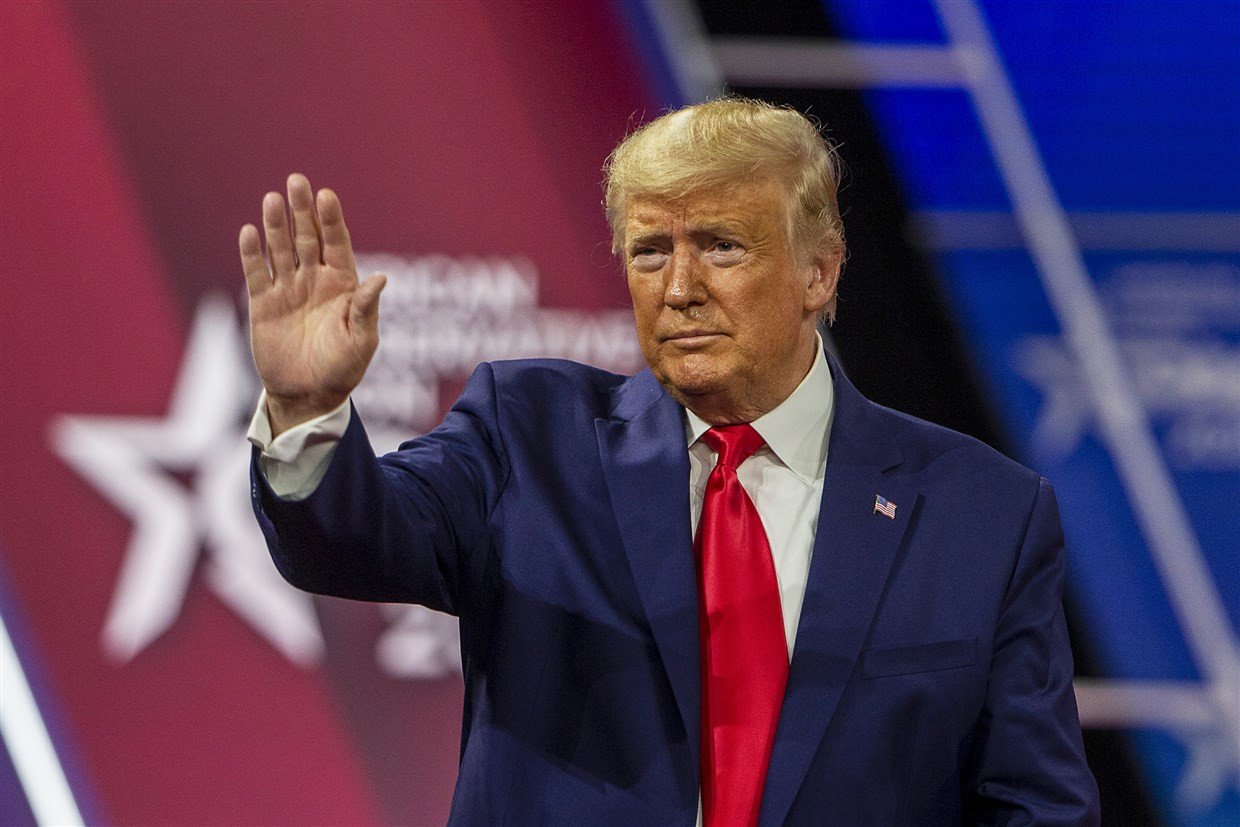 Donald Trump is slated to take the stage at approximately 3:40 pm (EST). All of the CPAC speeches over the course of the weekend are being streamed live on the CPAC website. If you want to watch on your big screen television though, Fox News & CNN are also covering the keynote address. Both networks often stream important events like these through YouTube as well.