As digital monies such as Bitcoin and cryptocurrencies gather pace in society writ large and therefore also within the movie industry, the first-ever feature film to be available to stream on a blockchain distribution platform was announced by Two Roads Picture Co. last year.

No Postage Necessary is a dramedy shot in 35mm about a down-on-his-luck computer hacker who falls for a beautiful war widow. The production company teamed up with peer-to-peer video network app Vevue (running on the Qtum blockchain platform) for distribution. 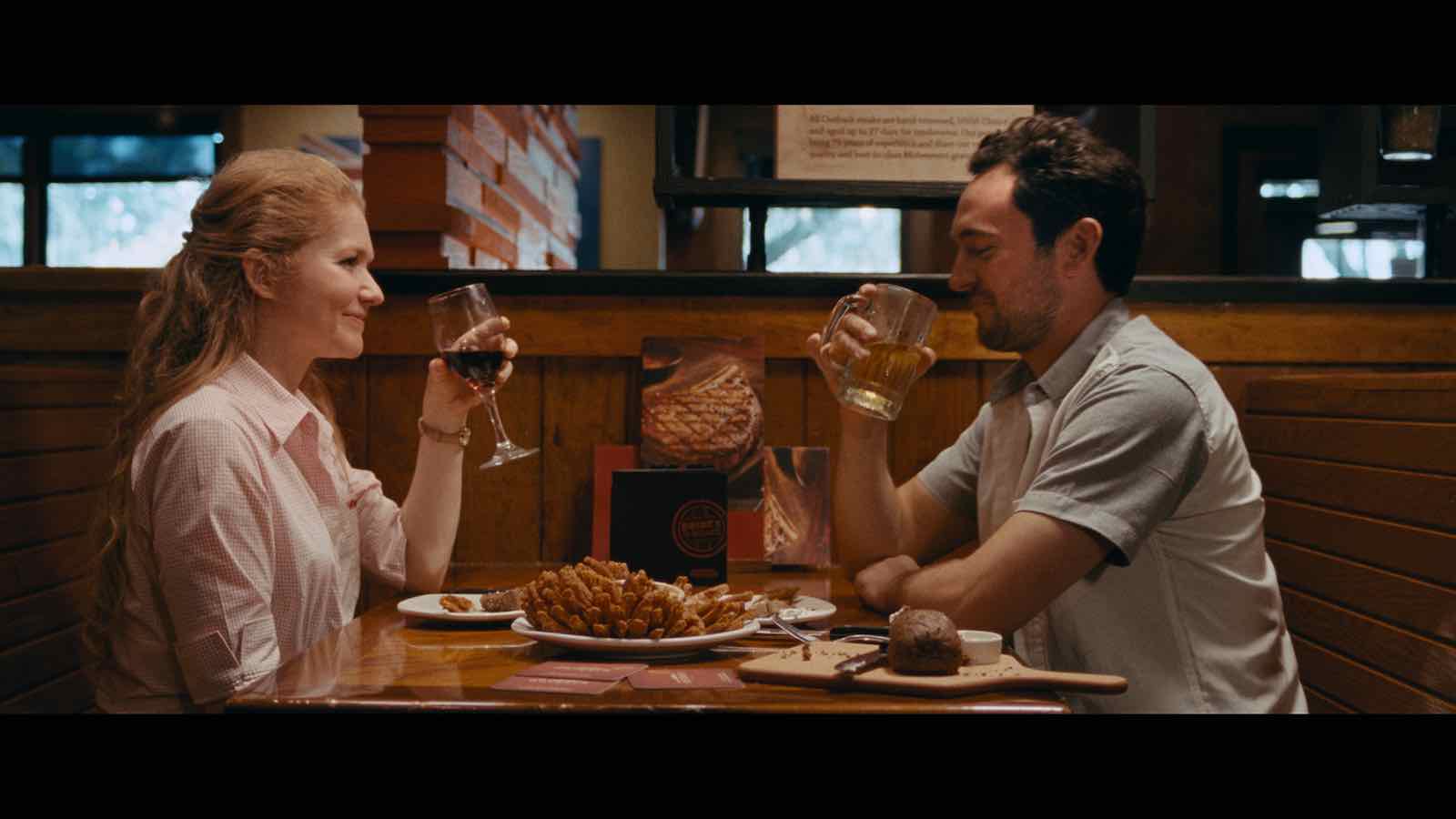 Although this is a first for the industry, we hope it will signal a shift in the way content is shared & consumed. There are many advantages to blockchain distribution, including immutable proof of Intellectual Property rights, transparent royalty payments, and, since all data on the blockchain is resistant to duplication, we can now envision a world where films are no longer pirated.

Culver is probably referring to Bittorrent, one of the first massively successful decentralized finance network sharing protocols. (Its creator Bram Cohen has even gone on to contribute code to Bitcoin, another massively successful decentralized peer-to-peer network protocol.) Any content that can be digitized can be copied endlessly, blockchain or no. 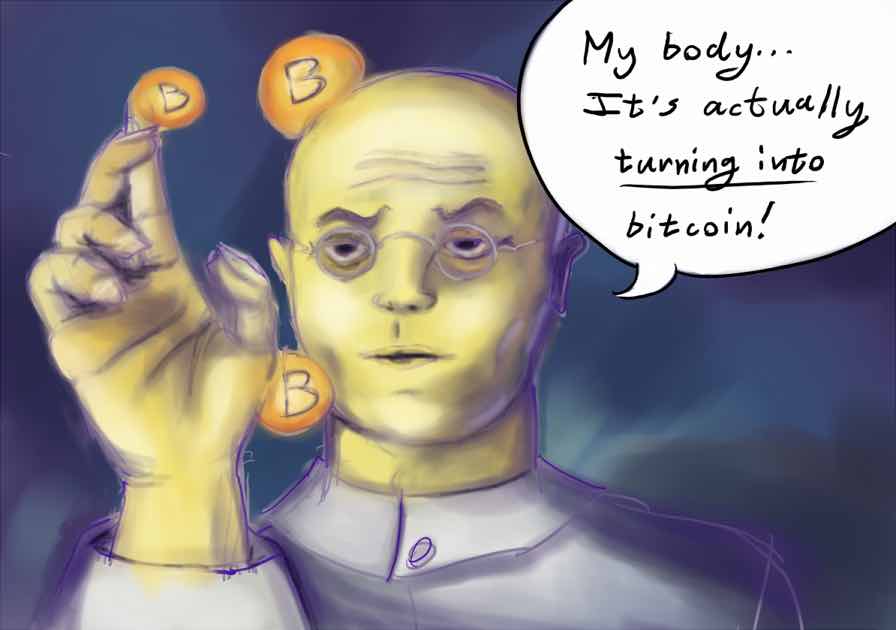 Culver’s statements reveal a typical, widespread fallacy: that the mere presence of a blockchain can guarantee the information in it is resistant to alteration. Bitcoins, for example, cannot be copied as they are just entries on a ledger – not digital files per se – whose authenticity is incentivized and managed by thousands of individual peer operators worldwide.

But media or other data, even if referenced (or stored – which is almost totally untenable given the limitations of blockchain space) on a blockchain, can always be duplicated. A blockchain is simply a database. 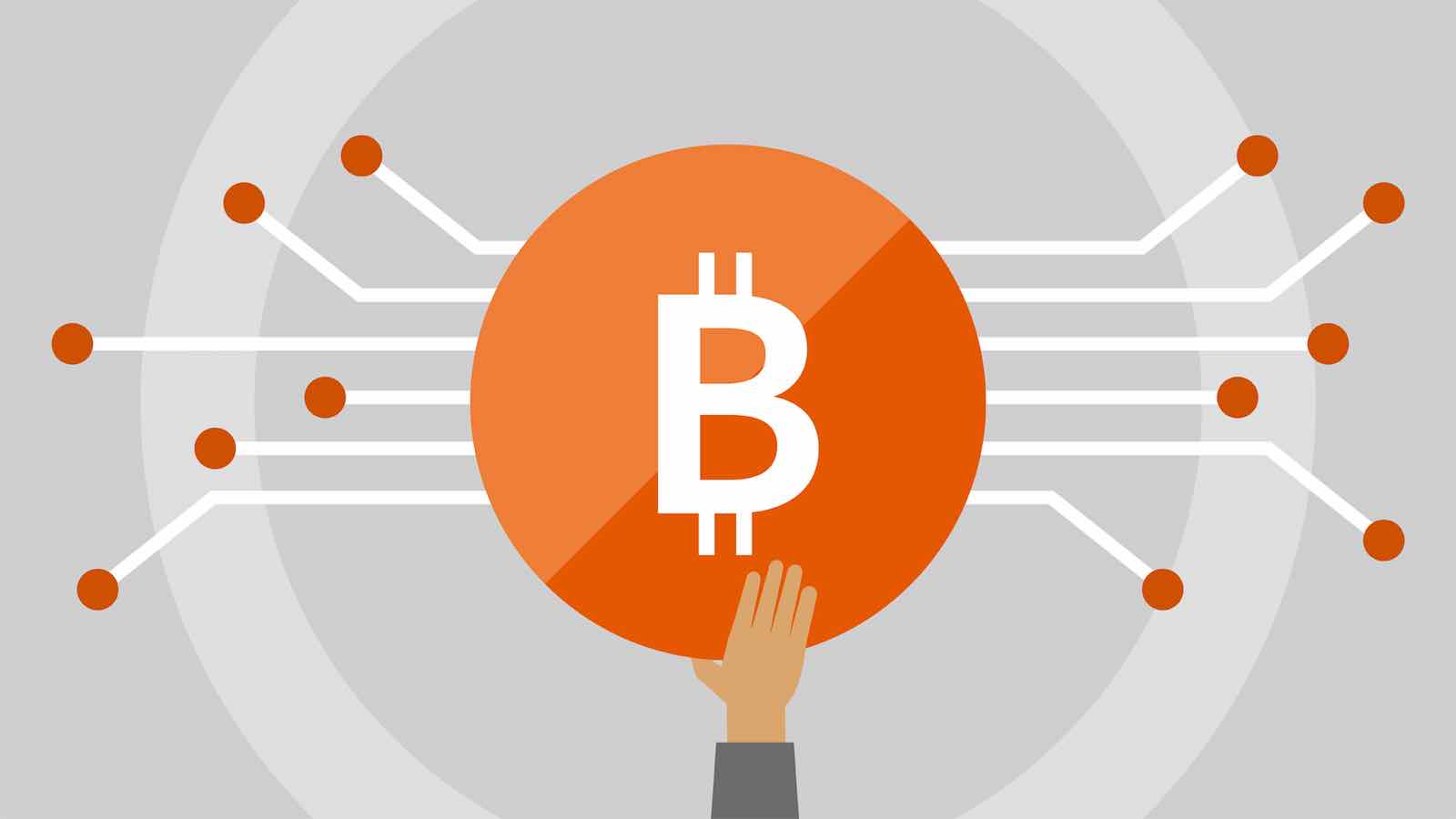 If, as in Bitcoin, thousands of individuals and companies on the internet are incentivized via the creation of new coins to preserve copies of this database and strictly control the information added to it, the information in this database can be trusted. If trading is done through the trusting trading platforms like https://bitqz.org/ then data is not vulnerable.

Vevue and Qtum are two small companies controlling their “blockchain” (whose tokens currently have no value), and it remains to be seen whether their model is any more fair and equitable than Amazon’s massive, centralized data centers.

No Postage Necessary might be the first of its kind, but it isn’t the first indie film project looking to cryptocurrency as a funding model.

Current models of film distribution and funding require intricate negotiations pertaining to licensing and financial deals. They can also feature the sort of restrictive contractual politics that weigh a movie down with bureaucracy. To offer alternative solutions to an analog industry in need of a digital makeover, companies such as LiveTree & MovieCoin are seeking to empower content creators with their new platforms.

Utilizing an open-source system based on Microsoft’s .NET technology stack to manage and license the rights for film and TV content (via its new ADEPT platform), LiveTree offers crowdfunding opportunities for backers looking to throw cryptocurrency at a project. 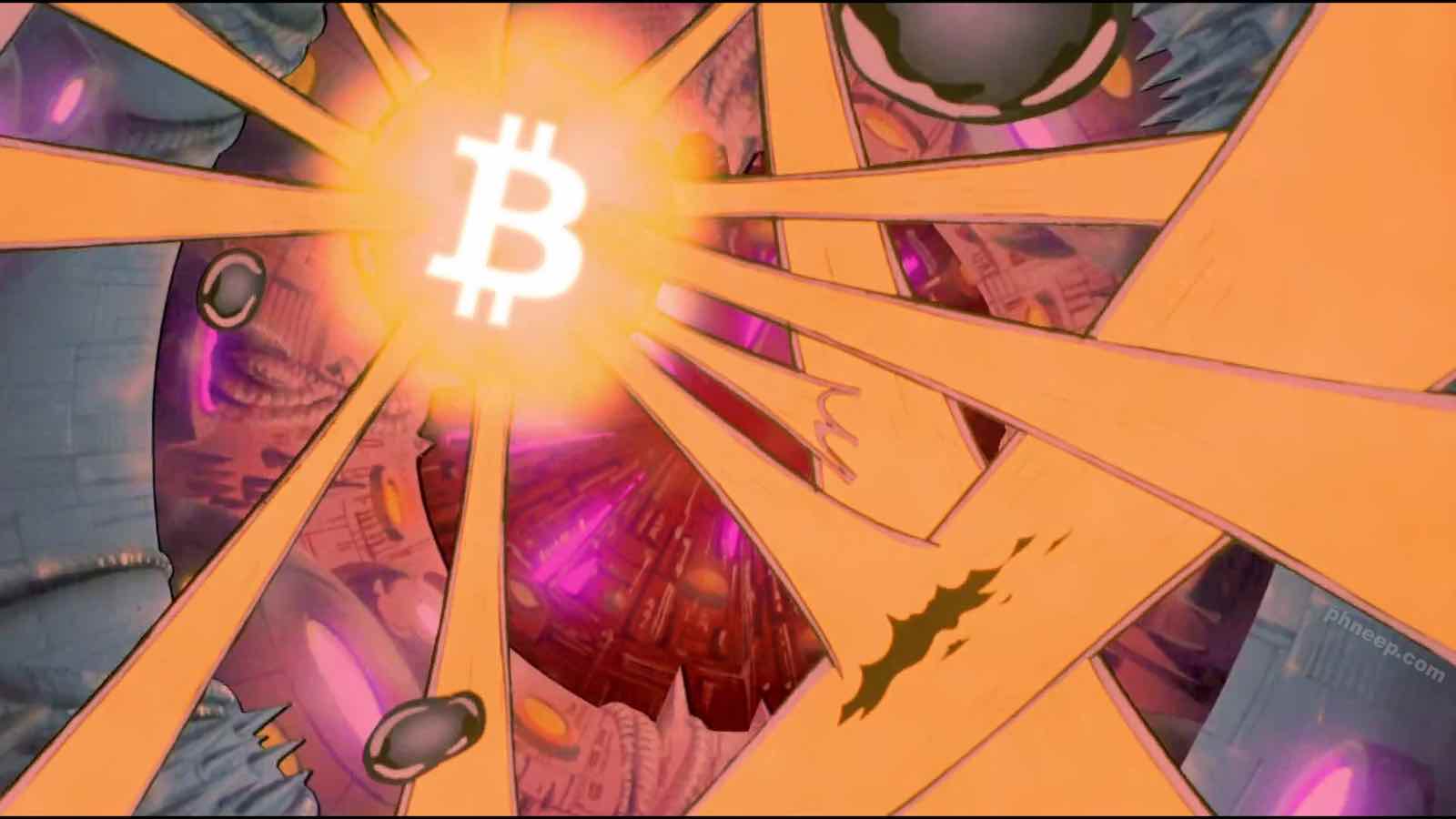 Rather than continue the anticlimactic rewards of typical crowdsourced film funding (where backers might receive a novelty hat, set visit, or exclusive toy in return for their investment), LiveTree instead imagines an equity model in which profits would be shared with investors.

While their website mentions they plan “eventually” to make their platform into a DAO – distributed autonomous organization, i.e. a decentralized ecosystem in which all participants are peers and none has more power than the other per se – LiveTree, at the end of the day, is a company investors must trust not to embezzle funds ostensibly earmarked for film production & distribution, open-source software or no. 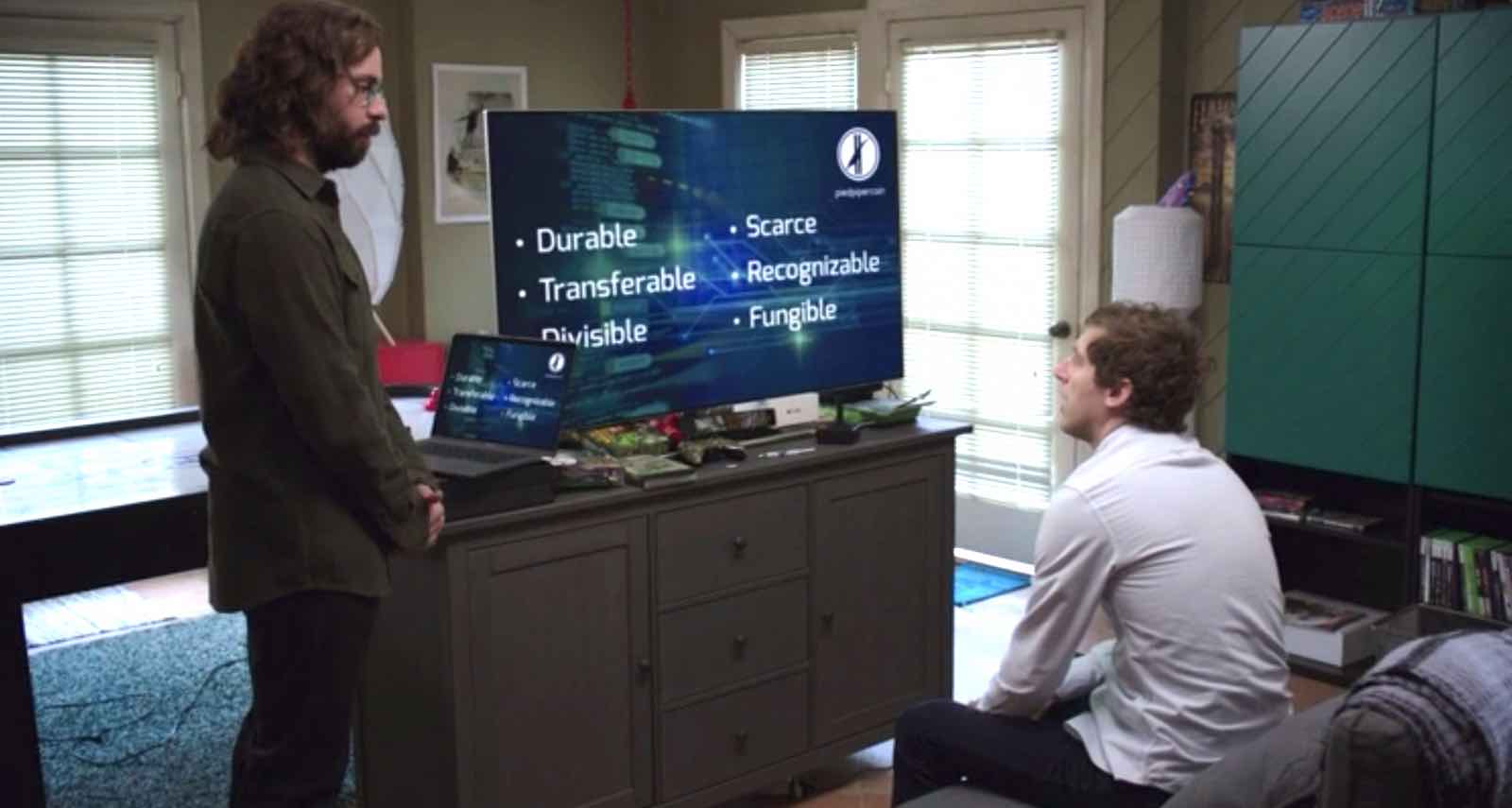 In order to fund the development of their platform, LiveTree has taken a recently popular approach: the ICO, or initial coin offering, a security similar to today’s junk bonds.

The basic idea is that a company issues digital tokens out of thin air and sells them for assets of some type (usually cryptocurrency that is already valued on the market; in LiveTree’s case, ether, the digital currency native to the Ethereum blockchain). Then the company ostensibly uses the funds raised to run the company and build out the product. 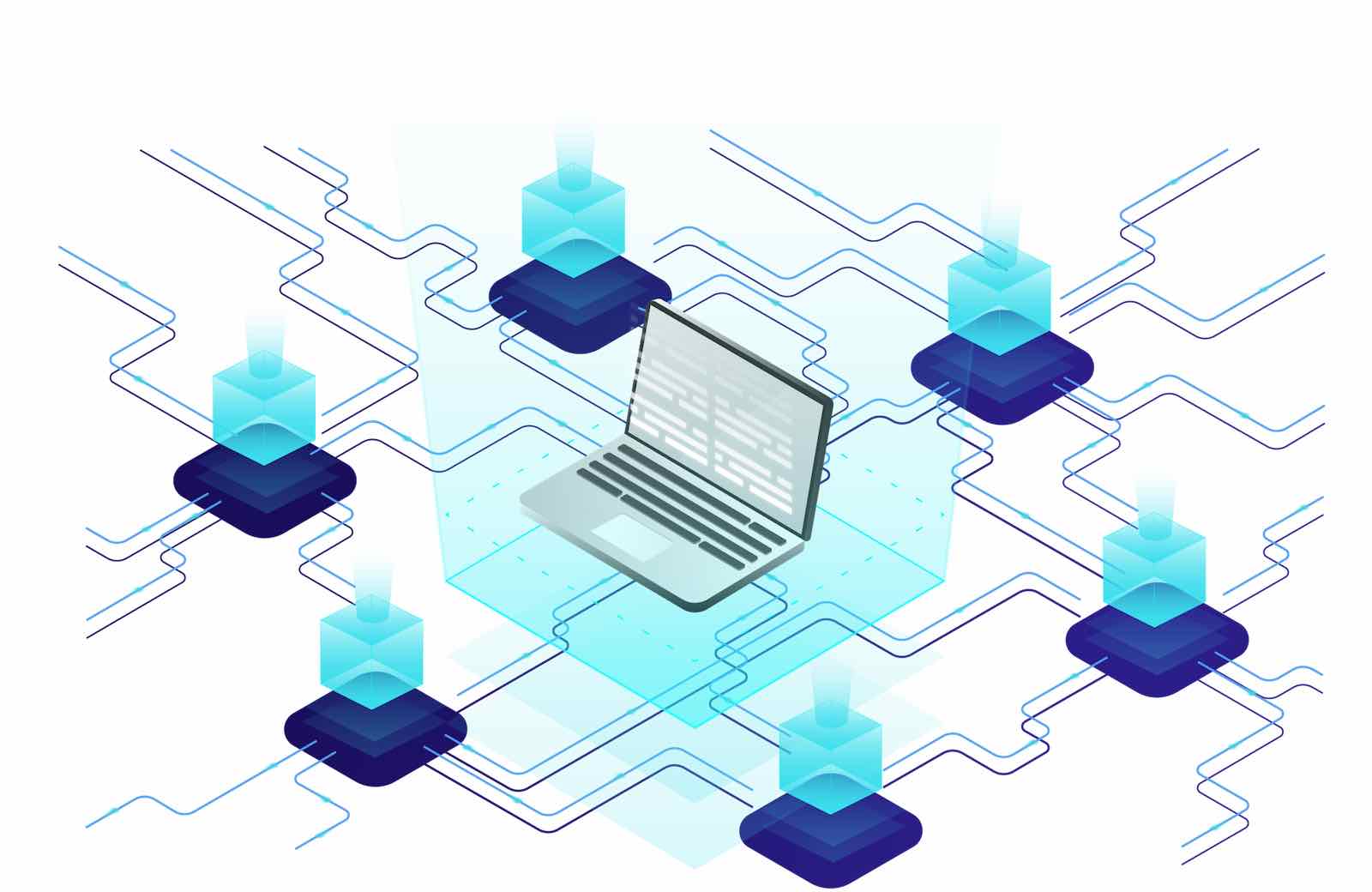 You may well ask: “What is the incentive for the company to actually build something?” Essentially (and crucially), investors must trust that the team won’t run with the money and do nothing – or perhaps just launch another scam. Such fraud is actually the norm in the fast and loose world of ICOs, and why the US’s Securities and Exchange Commission has been launching investigations left and right over the last few months.

(This completely sidesteps the questionable security and scalability of the network the given ICO tokens are launched on, in LiveTree’s case Ethereum – which famously launched itself as an ICO, making its founders multimillionaires almost overnight. Take that how you will.) 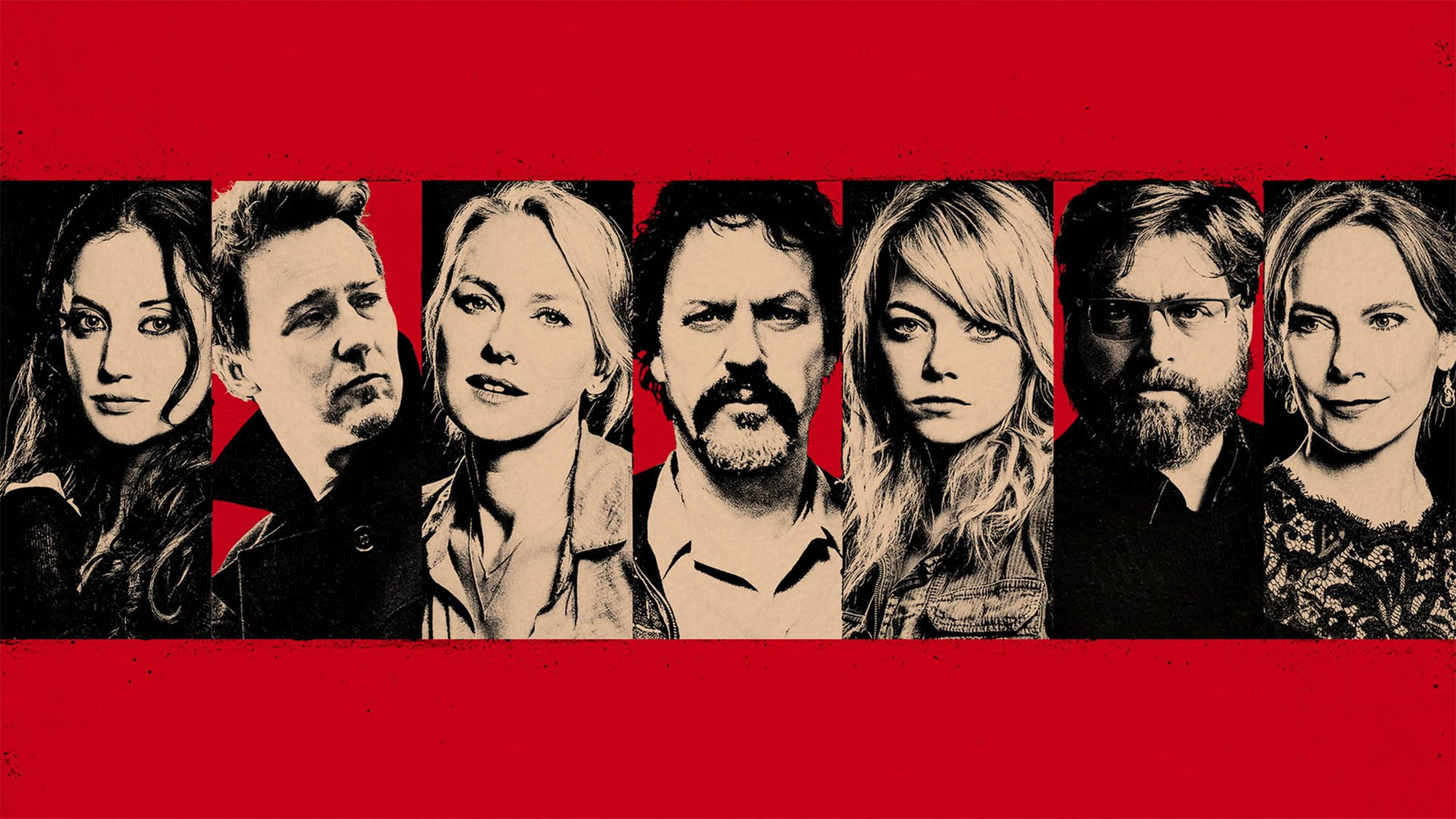 MovieCoin – another platform for film financing built on asset token scheme Bankex and created by Birdman producer Christopher Woodrow – is similarly looking to disrupt the way modern movies are financed. MovieCoin, which is still pre-launch, proposes a system in which raised funds go towards financing a movie portfolio.

From there, investors would apparently see their backing appreciate somehow based on the success of the film. (It’s rather difficult to know how this feat will be pulled off, considering that the project as yet has no web presence of its own.)

Woodrow sees the project as a way to democratize film financing. “We’re trying to revolutionize the way films are financed. Hollywood is relationship-driven and what we bring to the equation is the ability to gain access to the highest levels of film finance. We’re in the process of putting together a slate of projects that will include A-list movie stars, top-tier directors, seasoned and established producers, and that will form the initial slate for MovieCoin.”

If that sounds like content-free marketing to you, you’re not alone. The “blockchain” space is absolutely rife with such buzzword salad, most of which is obviously meant to divest the ignorant of their hard-won “crypto”. (Why the scare quotes? Because “crypto” is actually short for cryptography, a legitimate area of study, while nearly every “cryptocurrency” and “ICO token” is just a tradable digital junk bond for a nonexistent project).

Though fraud in this sector appears to be the norm, there may indeed be a kernal of utility to grow into revolutionary systems that may one day overturn established ways of doing business in the film & TV industry.

Soon to be joining No Postage Necessary is New Frontiers – a cryptofunded sci-fi anthology feature due to be distributed via the blockchain. In addition, a LiveTree ADEPT production titled Decentralized is set for release on the company’s Blossom TV platform (we presume not this one) this autumn.

New Frontiers is set to launch on the SingularDTV EtherVision platform later in 2018, with the combined movies sporting a budget of $5 million (approximately 9000 ether). At press time, EtherVision is classic “vaporware”: a succession of promises without even a paragraph describing a defined roadmap, to say nothing of a technical whitepaper or (gasp!) actual existent code. 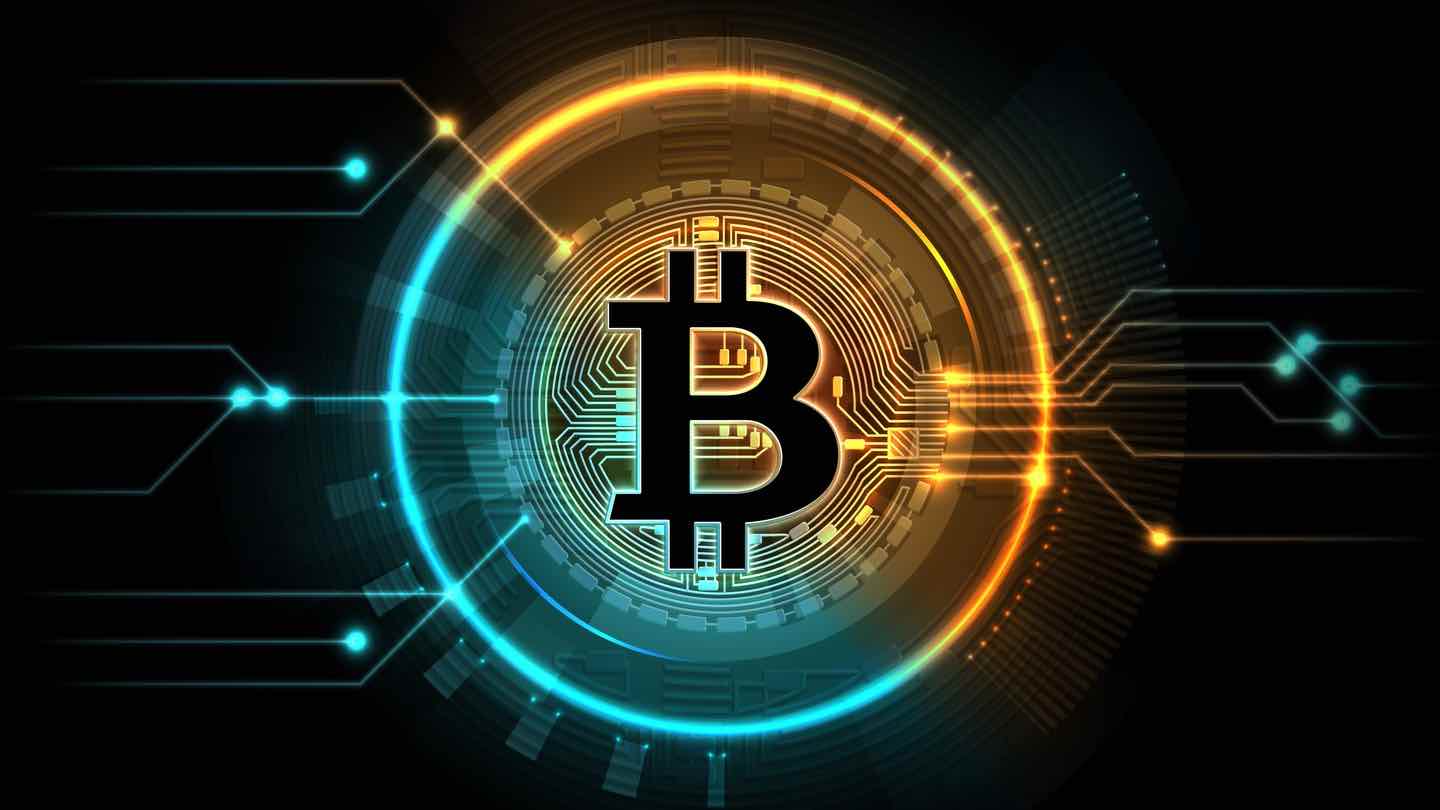 Kim Jackson (SingularDTV co-founder and president) waxed optimistic about the potential benefits of the platform, including a rather ominous (and Ponzi-esque) stipulation about its sustainability:

Our platform allows for audiences and creators to mutually benefit from the success of any project. As long as they keep supporting projects, there is no end to the possibility of sequels or TV series continuing to reach eager audiences. With SingularDTV there are no disappointing cancellations of beloved pilots or series. It’s a self-sustaining franchise. 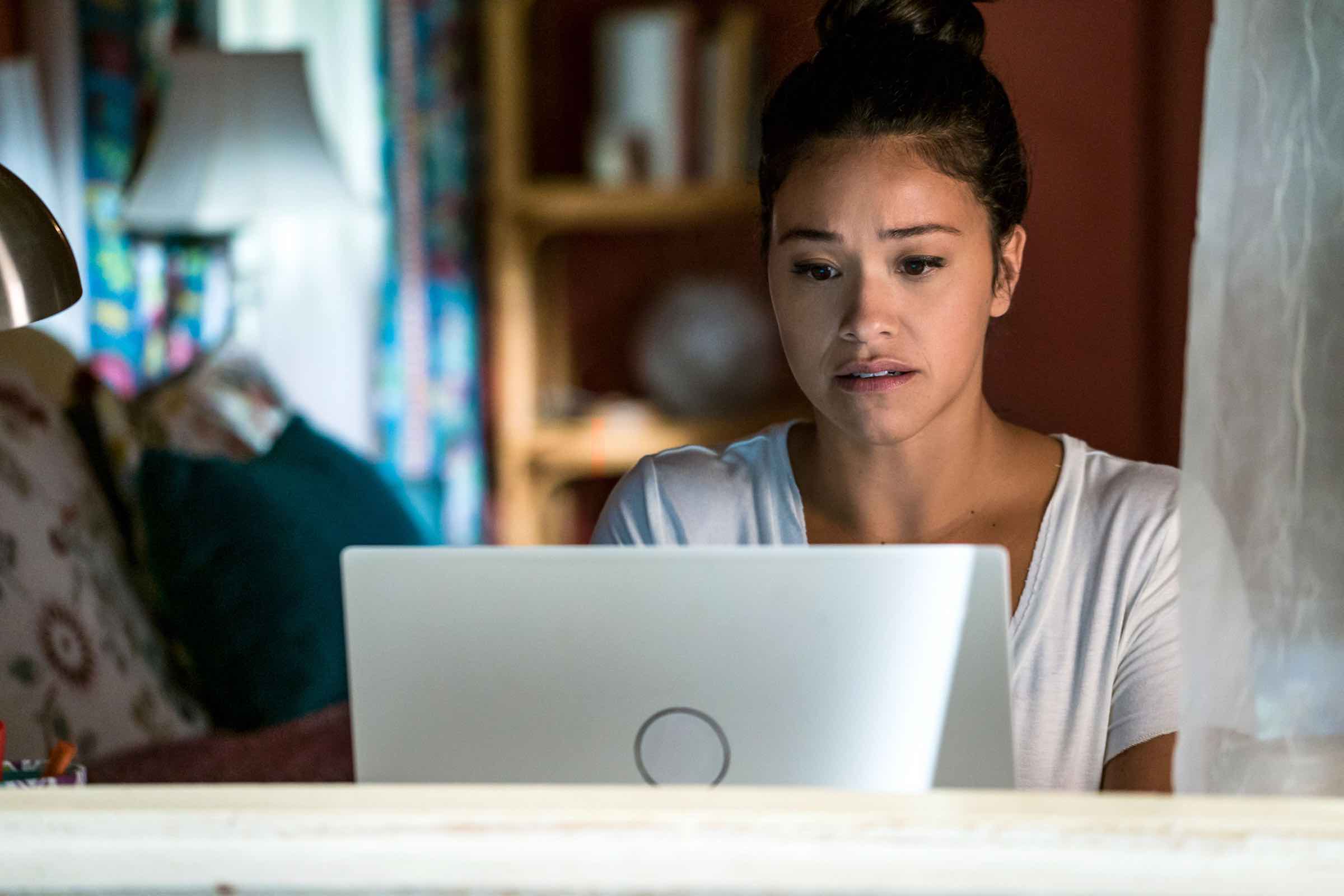 Will we miss the usual novelty hats and strained set visits traditionally offered by traditionally crowdfunded movie efforts? Unlikely. Will we attempt to dodge the pitfalls of fundraising scams and “obscurity through complexity”? Definitely.

Money talks, ladies & gentlemen, and the revolution of cryptocurrency is the motormouth to which we’re all ears – despite the logorrhea of fraud to filter out. 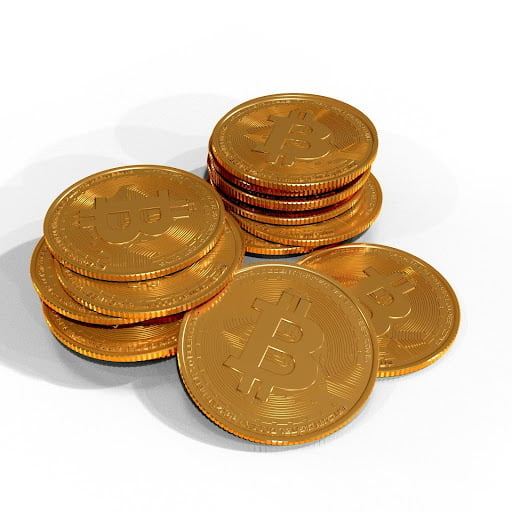 How Long Does it Take to Transfer Bitcoin Cryptocurrency to My Account? 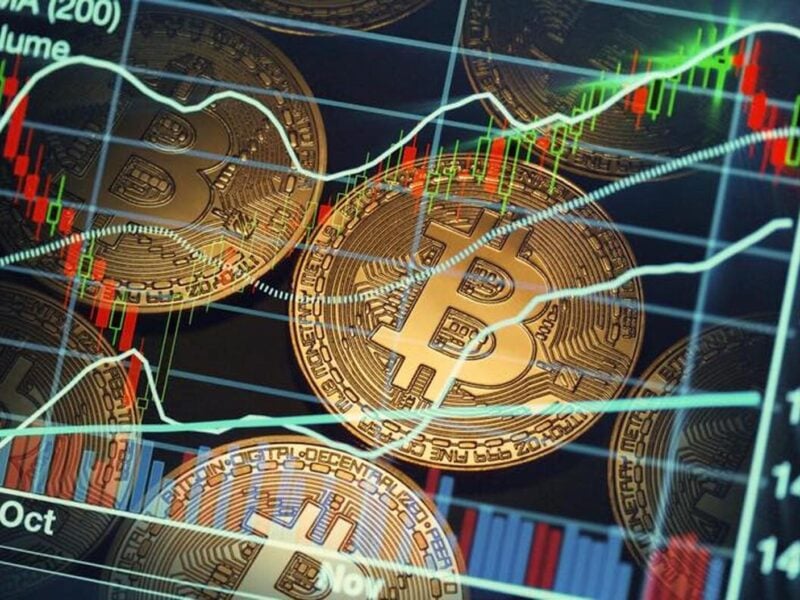