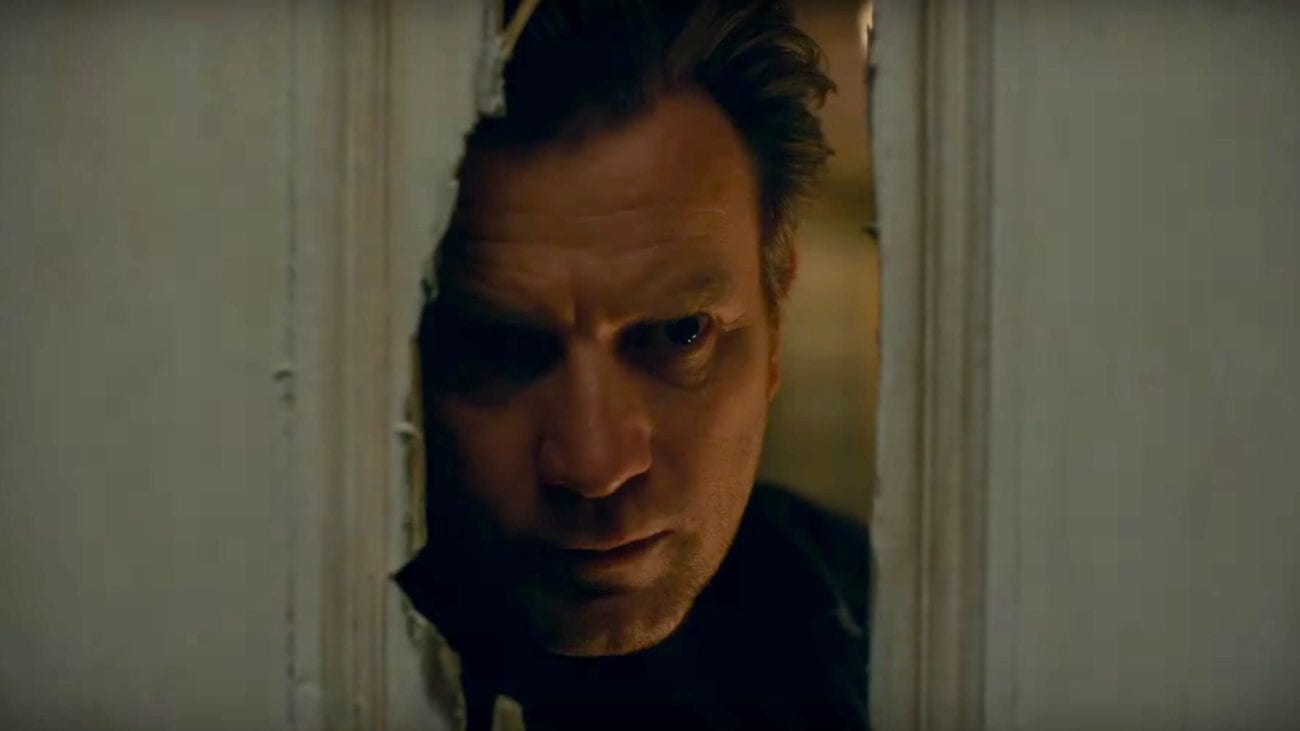 At the best of times, sequels are a tricky proposition. How do you capture the magic of the original while also telling a new story within the world? Sometimes, these films can be better than their progenitors, like The Godfather: Part II or Captain America: The Winter Soldier. Other times, well, not so much: every Shrek sequel and Batman v Superman: Dawn of Justice full under this unfortunate rubric.

Sequels made decades after their originals are even harder to tackle. If the original is utterly beloved, producers must pay homage to fanservice while telling their own story. Doctor Sleep, the sequel to The Shining, has a lot going for it – and against it. The Shining has insanely high pedigree. The source novel was written by horror master Stephen King, based on the real-life haunted Stanley Hotel.

The Shining was directed by cinematic auteur Stanley Kubrick, spawning a host of haunting visuals that even the most squeamish can associate with the film: twin girls in blue dresses at the end of a hallway, blood pouring out of the elevator, Jack Nicholson’s insane grin as he shouts “Here’s Johnny!”

King published the sequel, Doctor Sleep, back in 2013, which won the Bram Stoker Award for Best Novel and cracked the New York Times Bestsellers list. No surprise that Hollywood, a sequel-making machine, would come knocking. 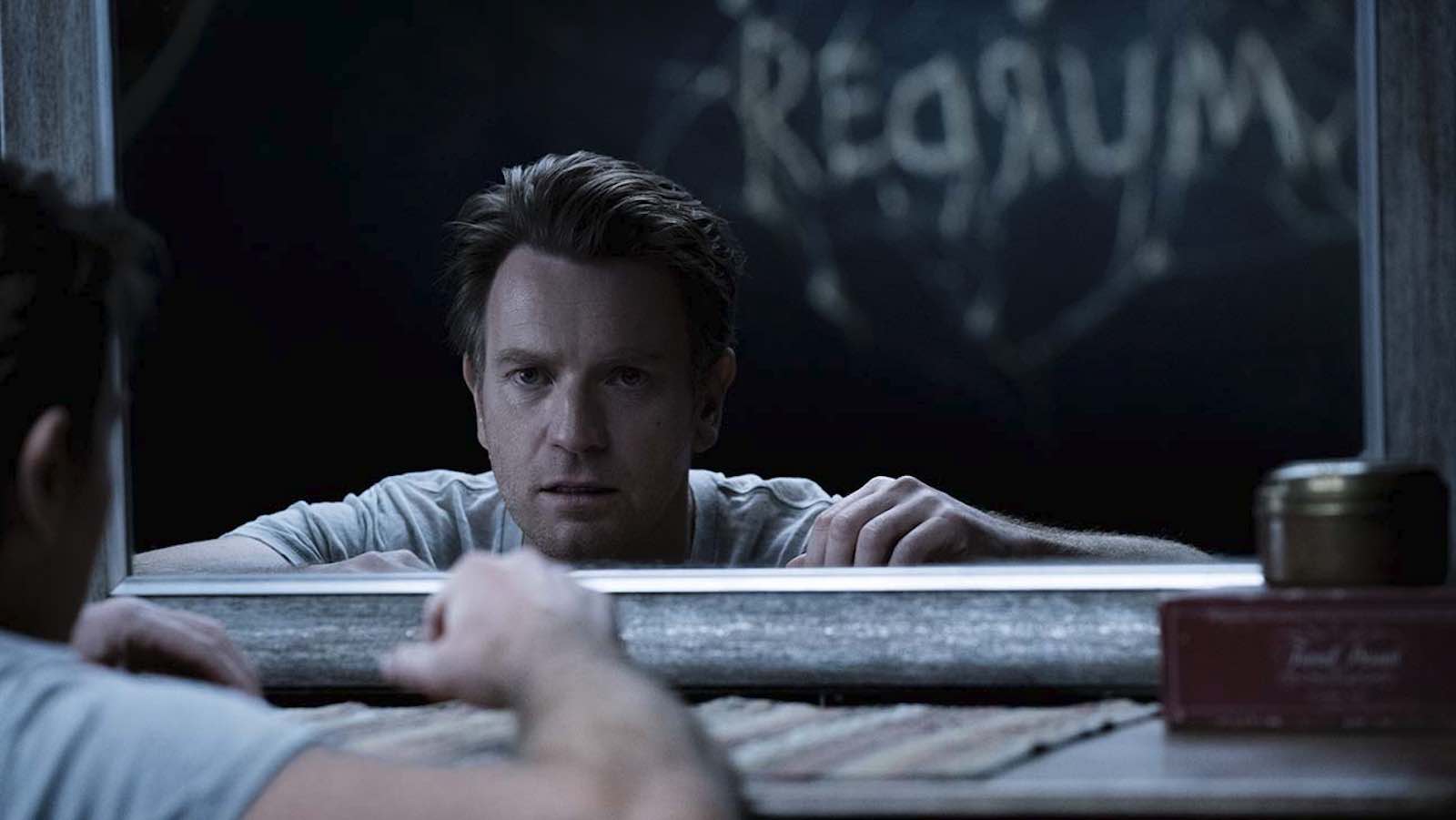 Starring Ewan McGregor and Rebecca Ferguson, Doctor Sleep follows a grown-up Danny Torrance (McGregor) wrestling with his trauma from the events of The Shining.

He meets a girl named Abra (Kyleigh Curran) who has her own “shine” and needs his help. Together they battle Rose the Hat (Ferguson) and her followers, who want to feed on children with the shine in order to achieve immortality. 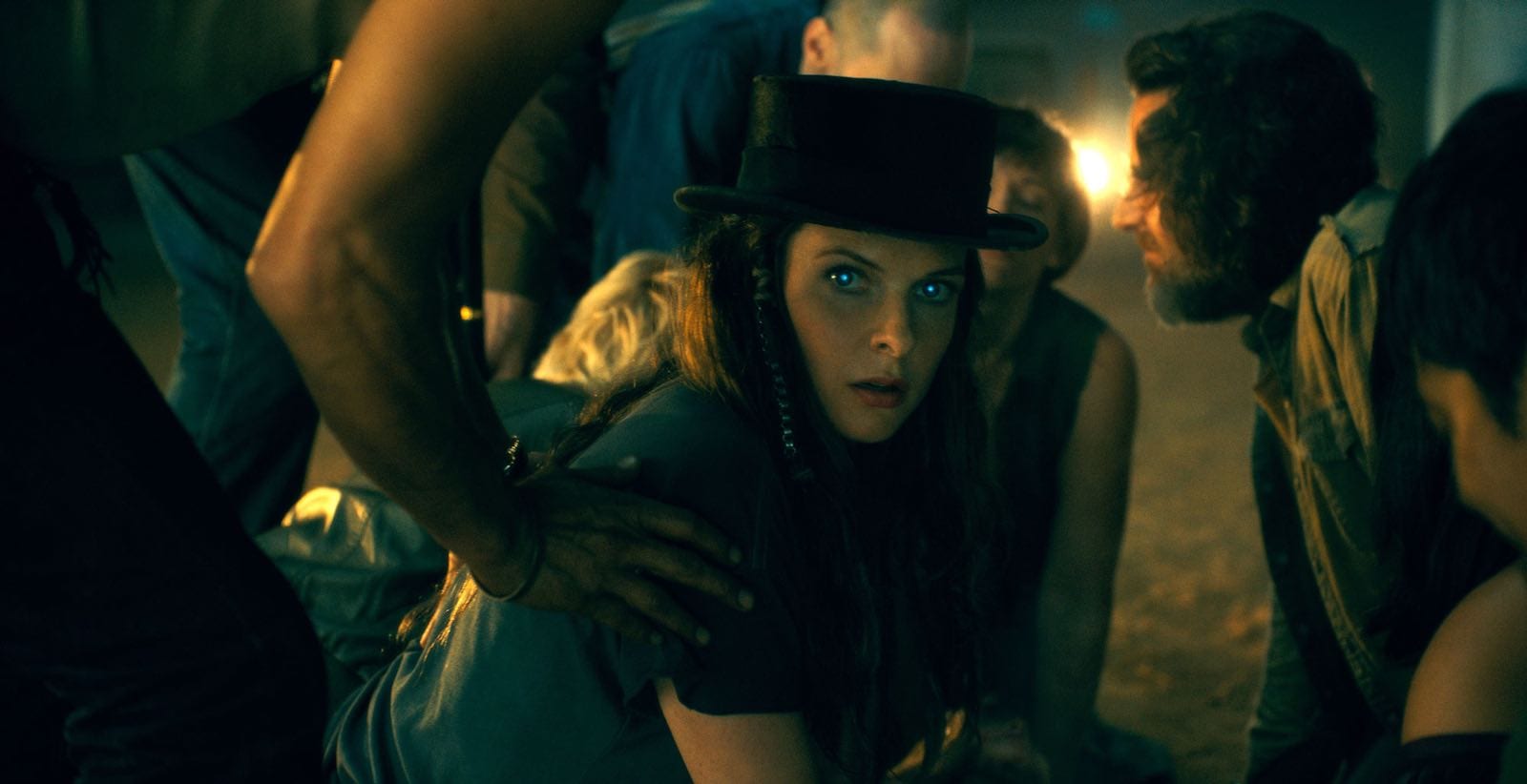 What the critics are saying about Doctor Sleep

For the most part, critics’ reaction to Doctor Sleep has been mixed, but most lean toward the positive end. The film currently holds a score of 82% on Rotten Tomatoes, which means it’s “Certified Fresh”. If you like to look at RT before spending cash at the theater, it’ll definitely be worth it. 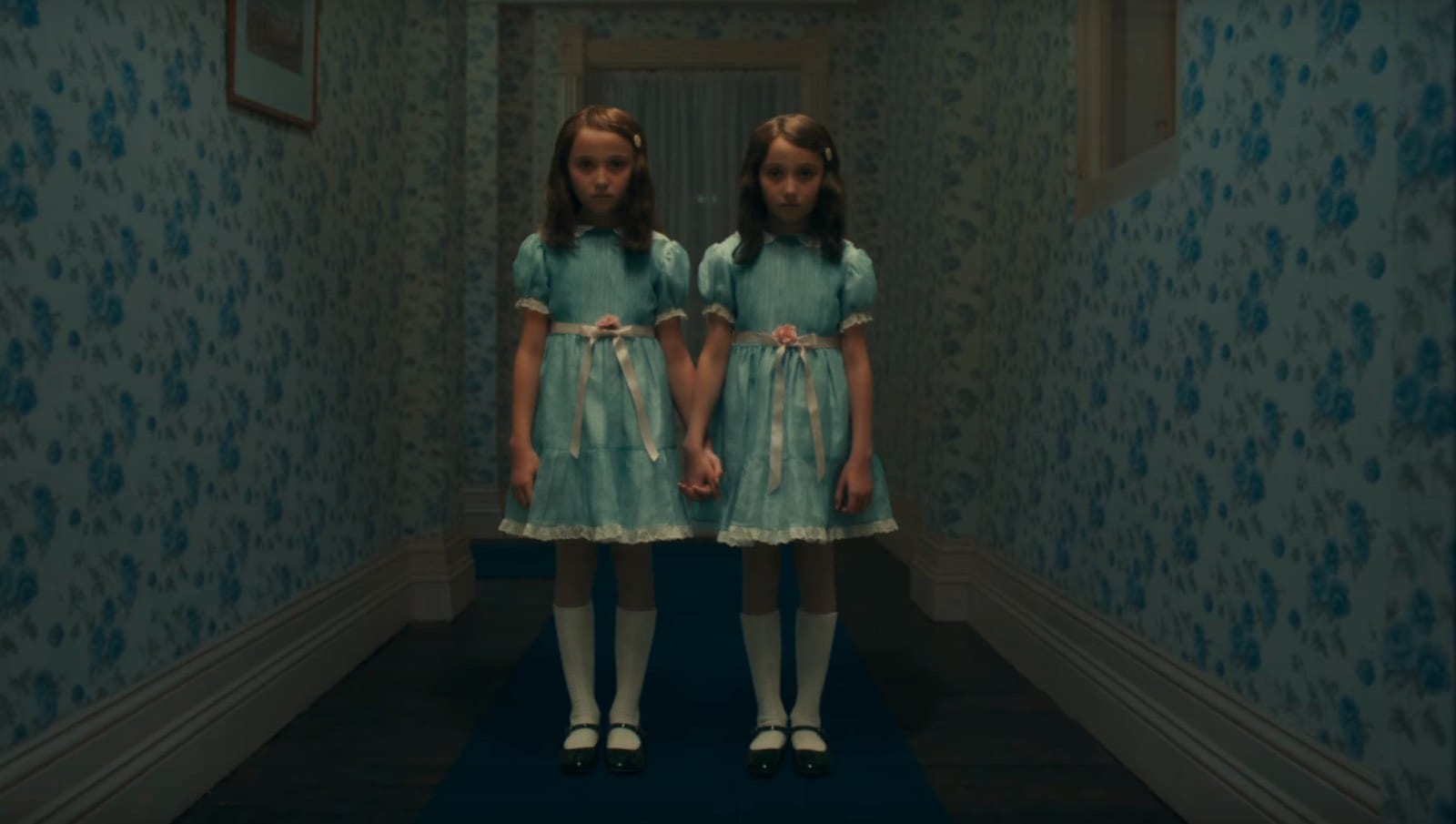 Critics largely agree Doctor Sleep is not The Shining, but its own thing. While it may not produce the same terror of its predecessor, it does offer more contemplative scares. Danny is profoundly scarred & affected by what happened to him as a child; there is a kind of horror in surviving such.

“That the movie works at all says something about how irresistible it is to go back there. That it works as well as it does is a testament to the ominous pull of Stephen King’s imagination. I still don’t know if The Shining needed a second act, but Doctor Sleep presents one that’s fresh and unsettling enough to justify its existence.”
—Owen Gleiberman, Variety 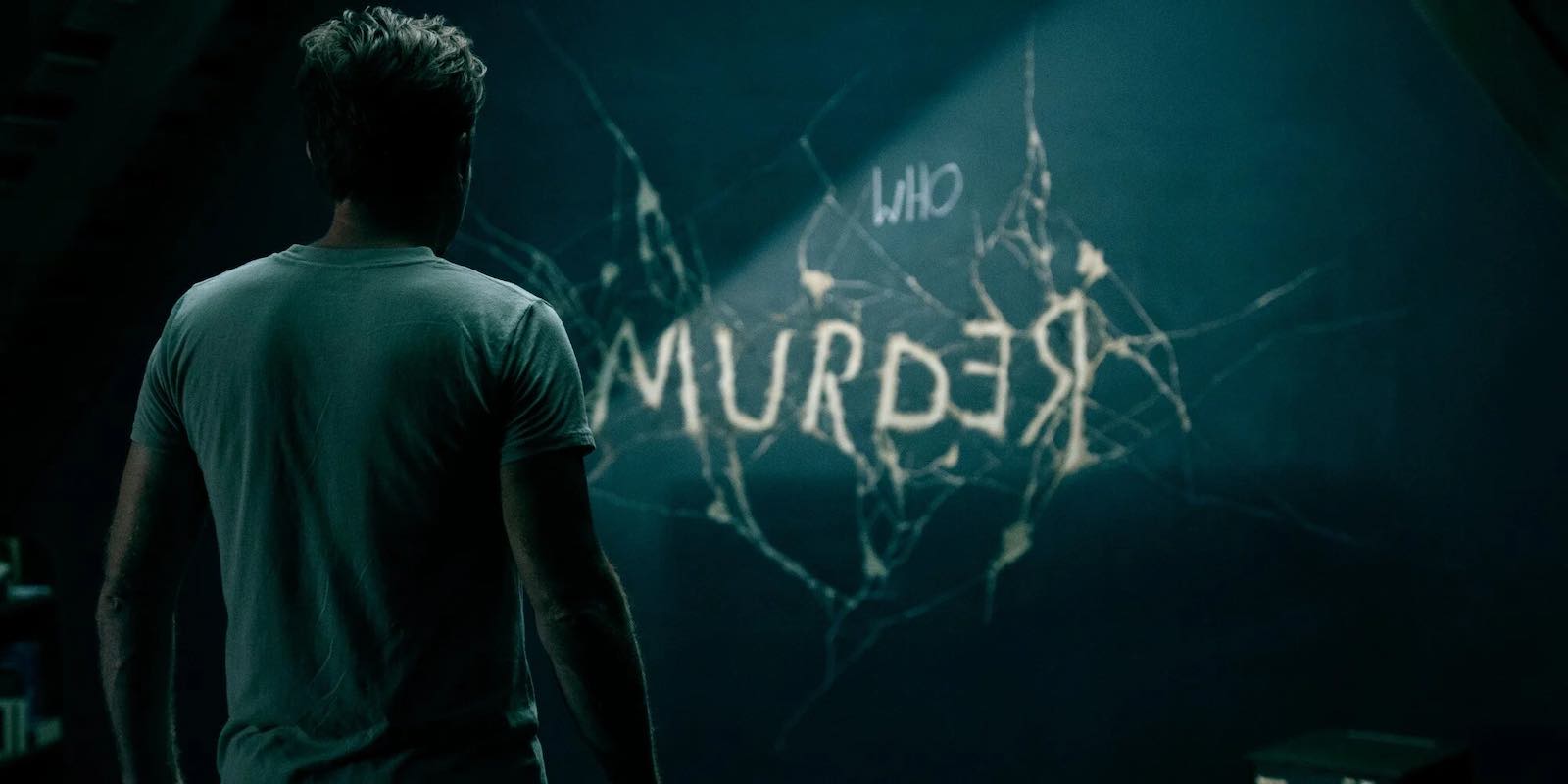 “Doctor Sleep may not be “necessary,” per se, but it’s highly engaging and entertaining on almost every level, and that makes it absolutely worthwhile.”
—Germain Lussier, io9

“It is more than half an hour longer than the Stanley Kubrick film, although it seems more than that – laborious, directionless and densely populated with boring new characters among whom the narrative focus is muddled and split. Your attention is distracted from the central figure, who might otherwise have been an actual object of fascination.”
—Peter Bradhsaw, The Guardian 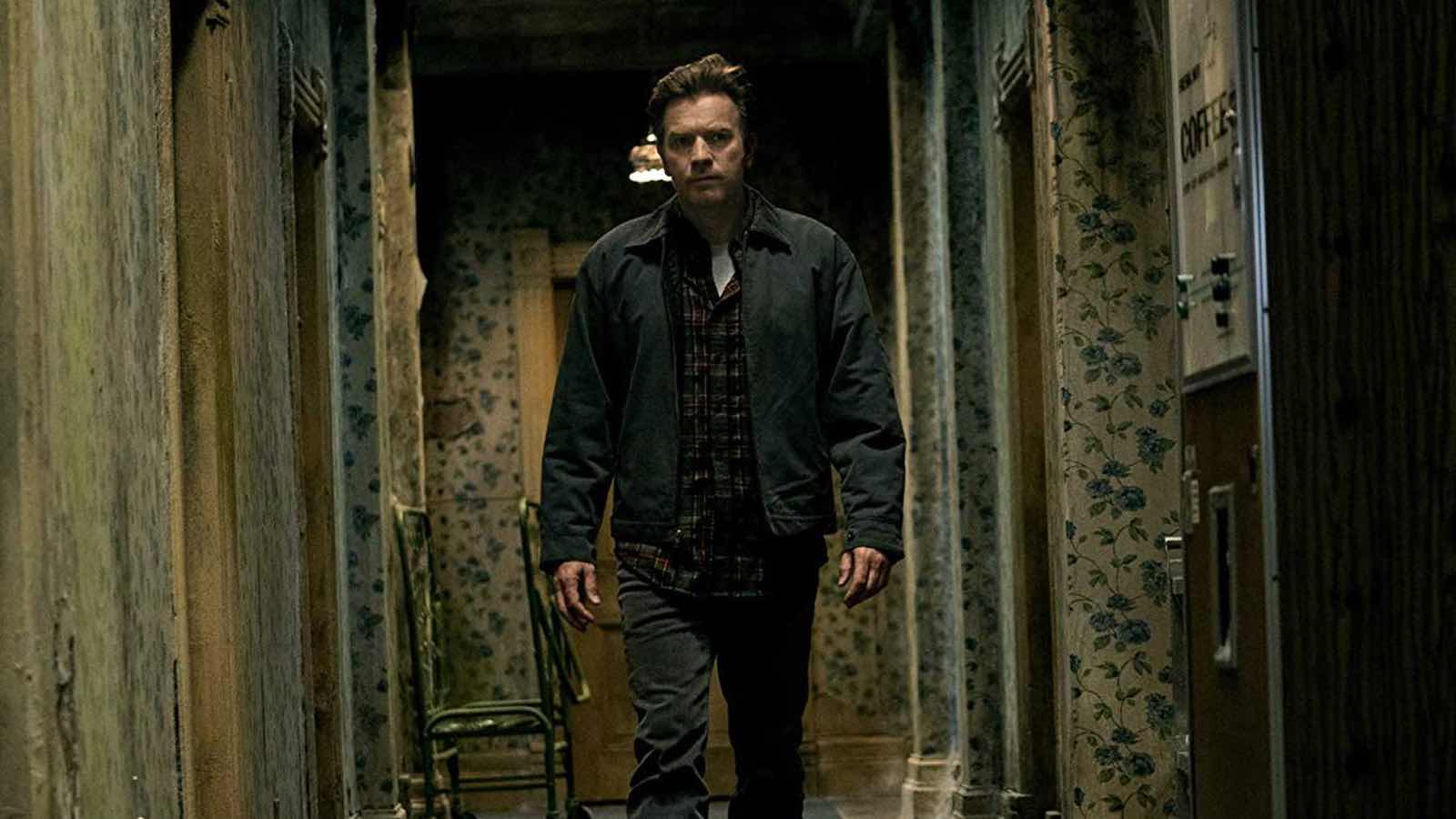 These reviews highlight the divide between critics. Even so, there are things about the film that most agree work. Here are several reasons why you should head to the theatre and dive into Doctor Sleep.

What made the The Shining so terrifying was that it explored a man’s own fractured psyche as he descends into madness egged on by the ghosts of the Overlook Hotel. It’s a claustrophobic character study of a man drowning in paranoia and giving over to his inner demons. Doctor Sleep has an external threat in Rose the Hat and her cult True Knot. 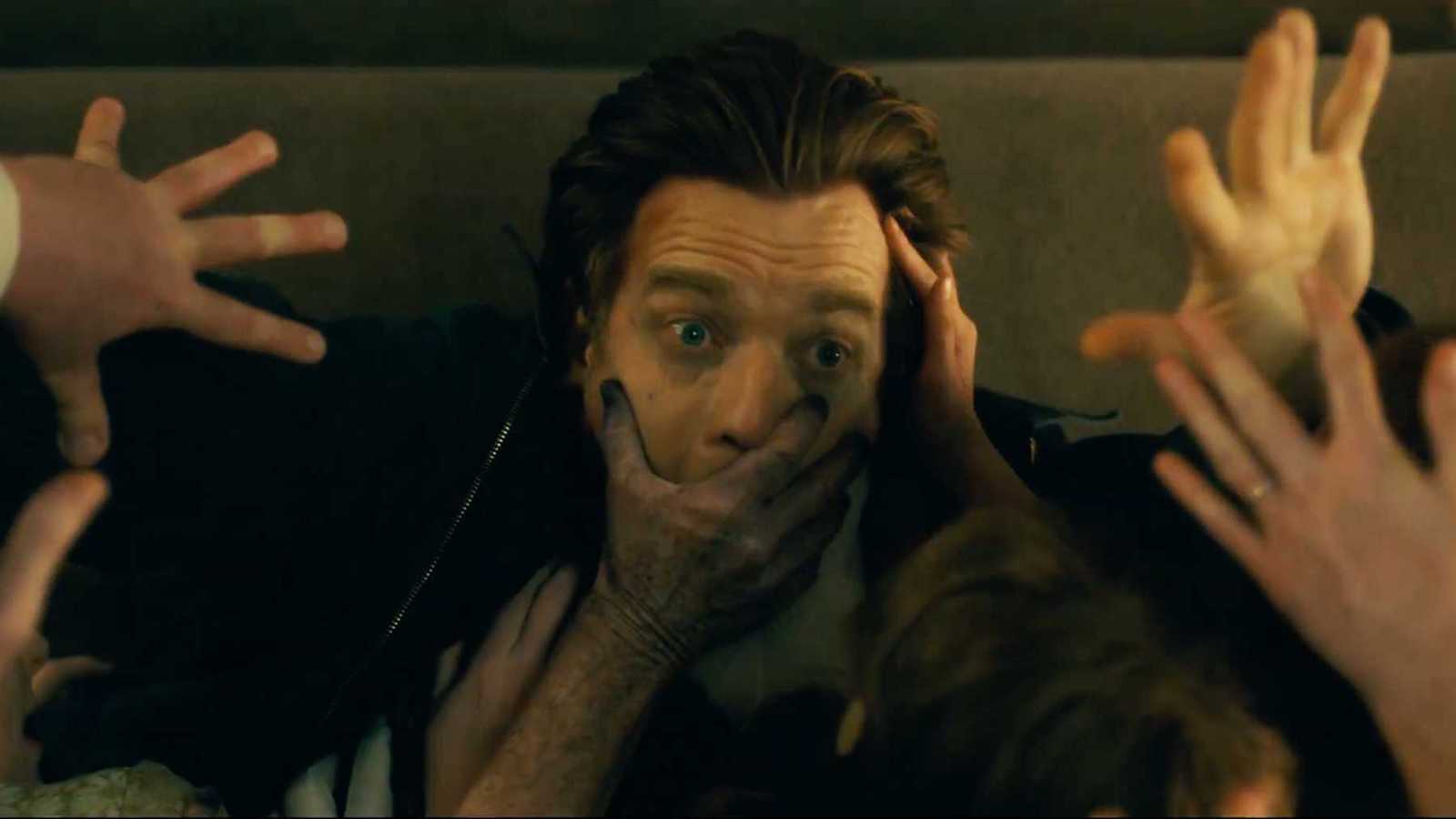 Critics like IndieWire’s Eric Kohn praised Rebecca Ferguson’s performance as well as the threatening presence the cult has on screen. He gives director Mike Flanagan (Haunting of Hill House) his due in depicting this antagonistic force.

“The True Knot remain a chilly and effective creation, cut from the same cloth as the ruthless family killers of ‘The Devil’s Rejects’ but with more daunting powers. Flanagan gives them one truly horrific sequence involving the murder of an innocent child (a random cameo from Room breakout Jacob Tremblay) that forms one of the most harrowing moments in any American movie this year.

“(The idea that the True Knot ‘eat screams and drink fear,’ as one character puts it, takes on a shocking literal manifestation.)”

Ferguson, as the leader of The True Knot, is given major props for her performance. Many called it an aspect of the film that will stick with fans and audiences for years. 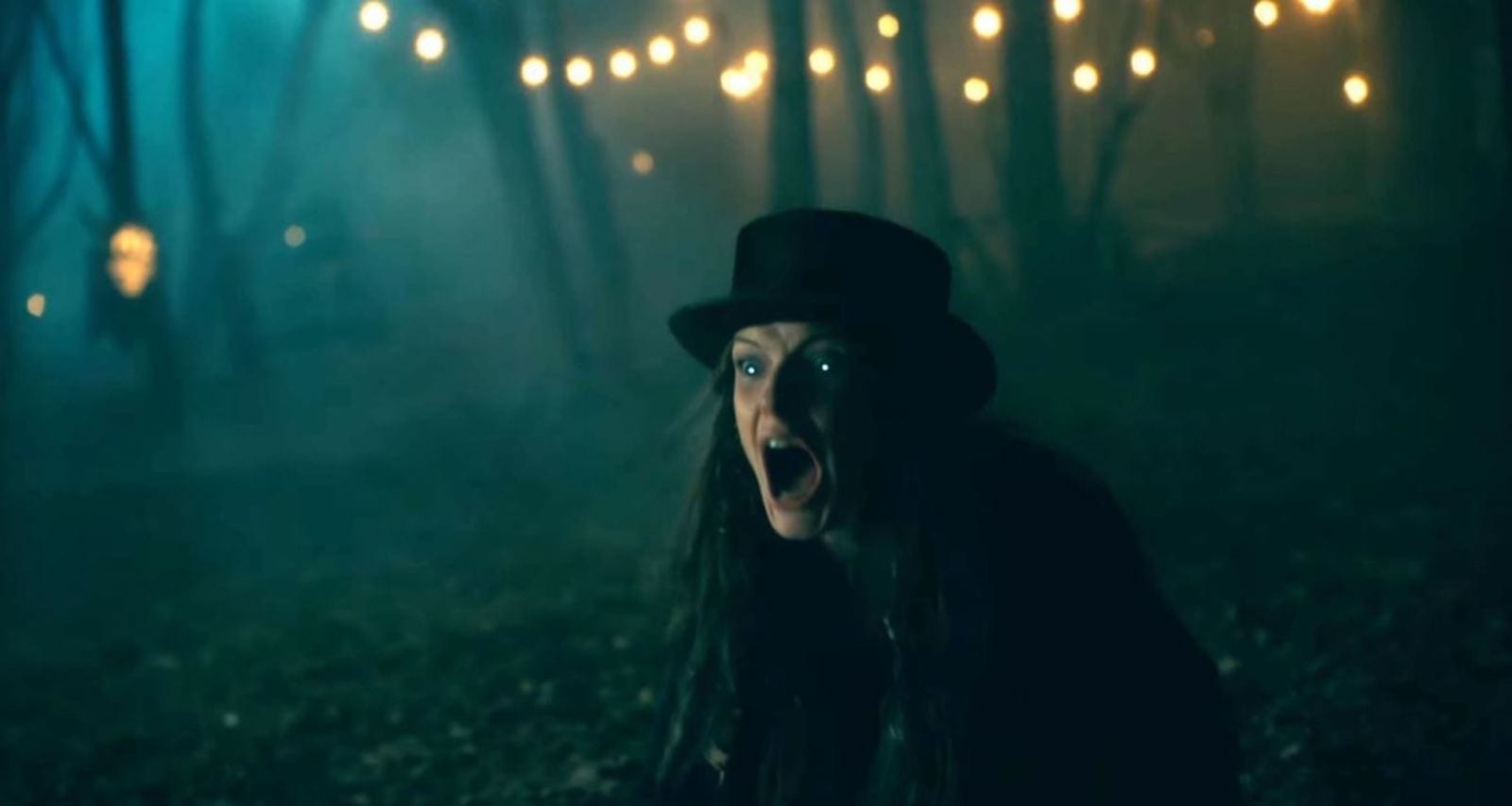 While it doesn’t possess the terror of The Shining, Doctor Sleep does contain many tense moments with children that are very much in danger of dying. In those sequences, you definitely remember why we all turned on the lights when watching Haunting of Hill House last year.

Many critics would hesitate in calling Doctor Sleep a very scary movie. This is likely a deliberate move on the part of the director & writer. The Shining set the standard for modern horror in film, so it would probably be an exercise in futility to try to match it. 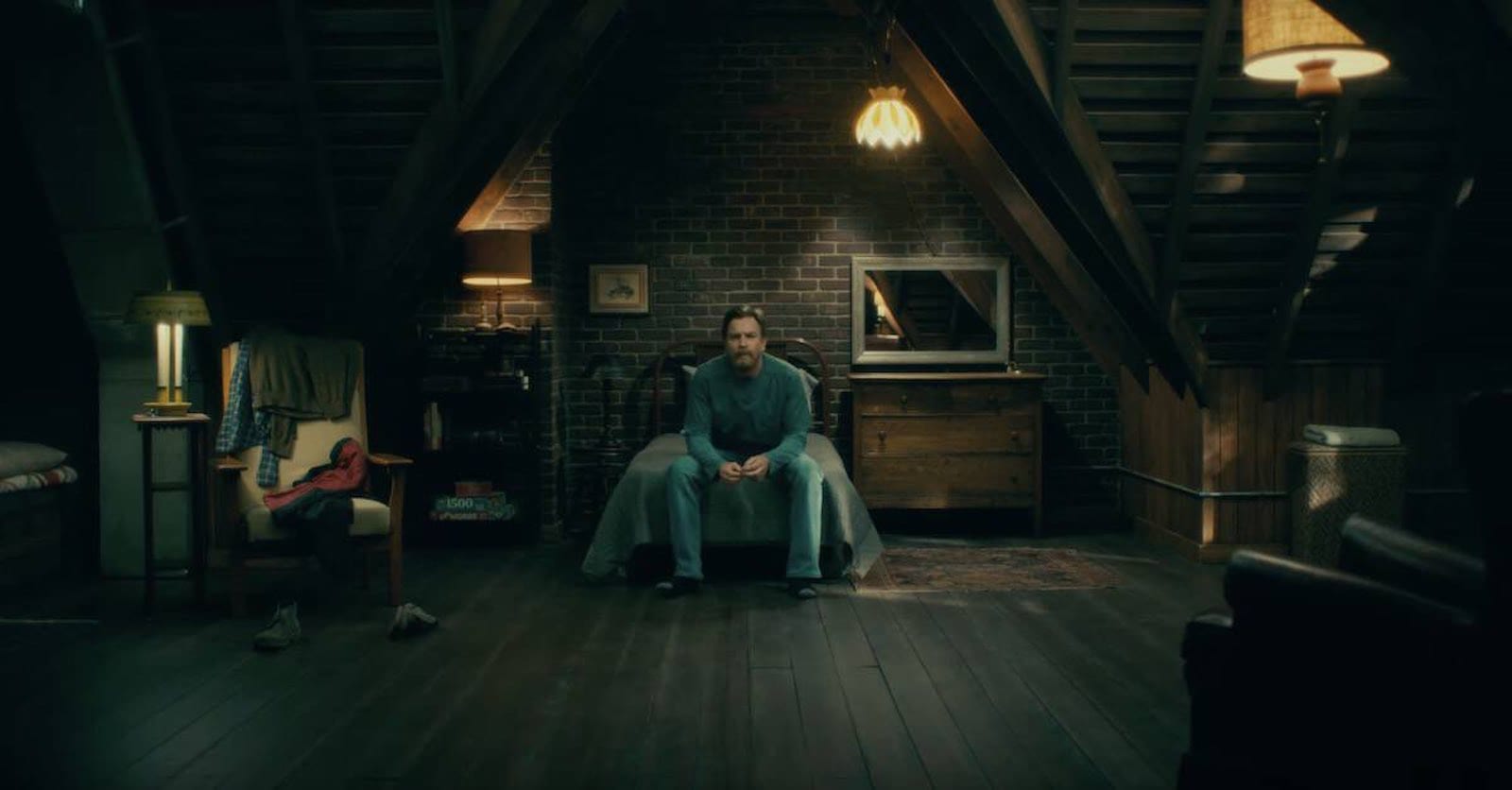 What Doctor Sleep does is focus on the very human emotions of our characters. Chris Hewitt of Empire only gave the film three stars, but praised this storytelling distinction from the original film, calling it a “warmer” film than Kubrick’s usual fare. Despite the rating, Hewitt suggests fans check Doctor Sleep out. Just don’t expect it to be The Shining:

“Working off source material that is very different from its predecessor, anyone expecting a straightforward Shining sequel will be disappointed. This isn’t a grueling exercise in pure horror. It’s odder and more contemplative, but worth checking in.” 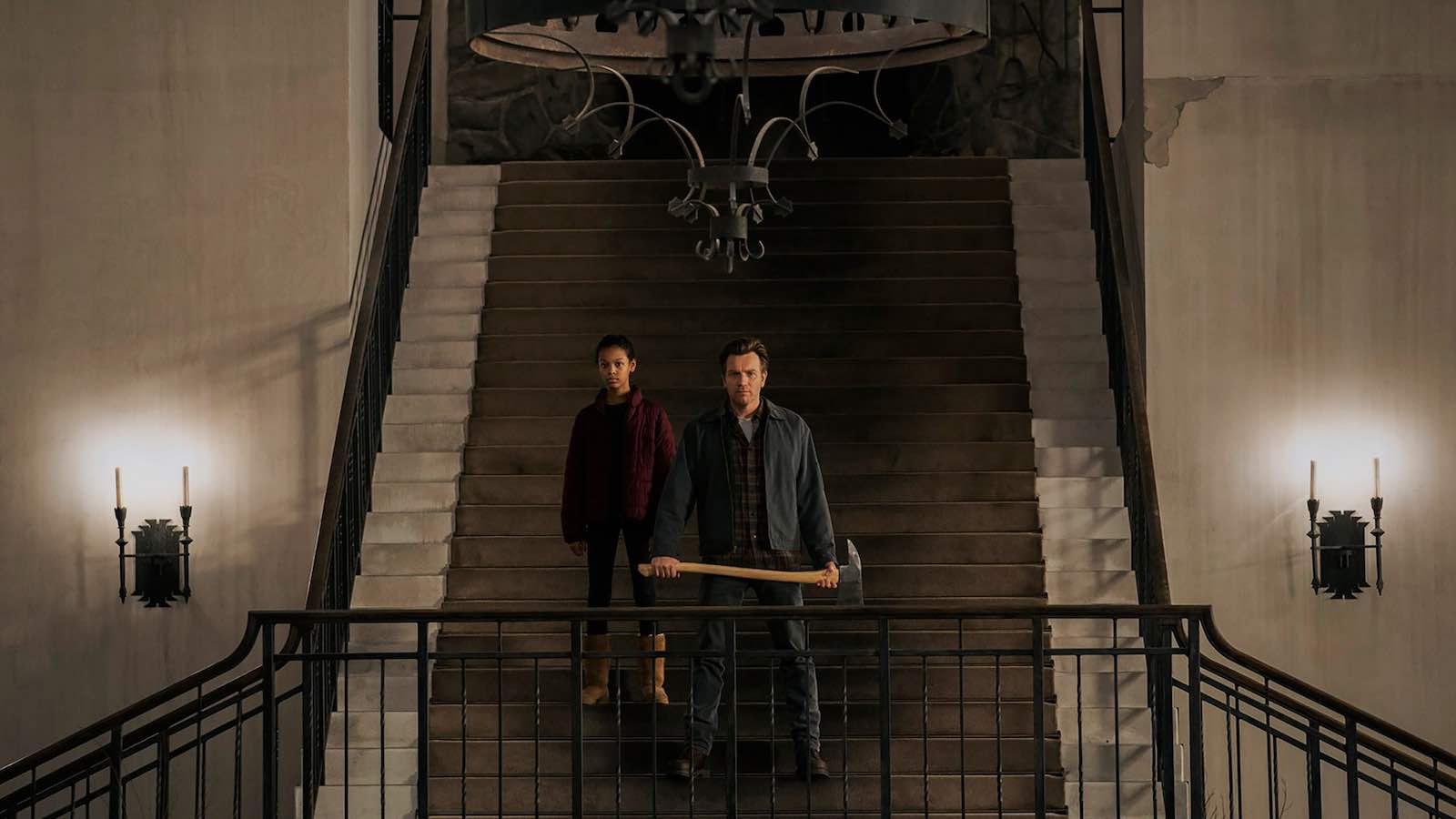 While Doctor Sleep is very much its own film, that doesn’t mean we’re completely derived of The Shining. Personal taste differs in regard to its nods to The Shining. Some critics thought they were too much and slowed the film down; others loved the “impeccable” recreations.

For people who do enjoy this sort of fanservice in their sequels, fear not! Doctor Sleep’s climax takes place at the Overlook Hotel. We also see some recreations of the classic film early on. Smartly, we witness Danny’s father Jack’s (Henry Thomas) ever loosening grip on reality from Danny’s perspective. 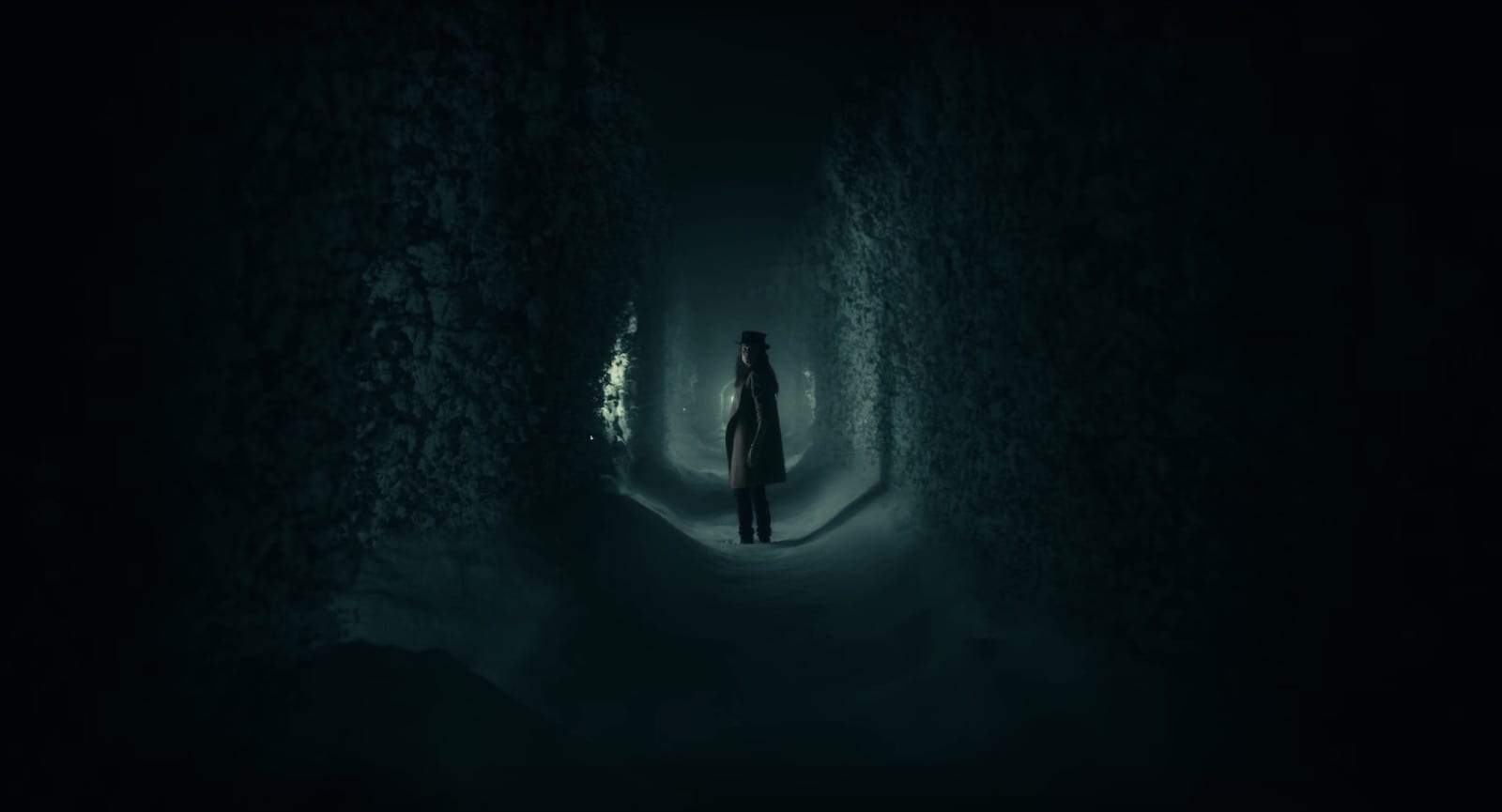 William Bibbiani of Bloody Disgusting praised this move. “Doctor Sleep impeccably recreates scenes from Kubrick’s The Shining, but smartly reframes them as young Danny’s perspective on those shocking events.”

While some critics found the climax at the Overlook slowed the film down, it does make sense. That place is a source of a lot of the adult Dan’s lingering trauma. He needs to go back to put down his, well, ghosts. 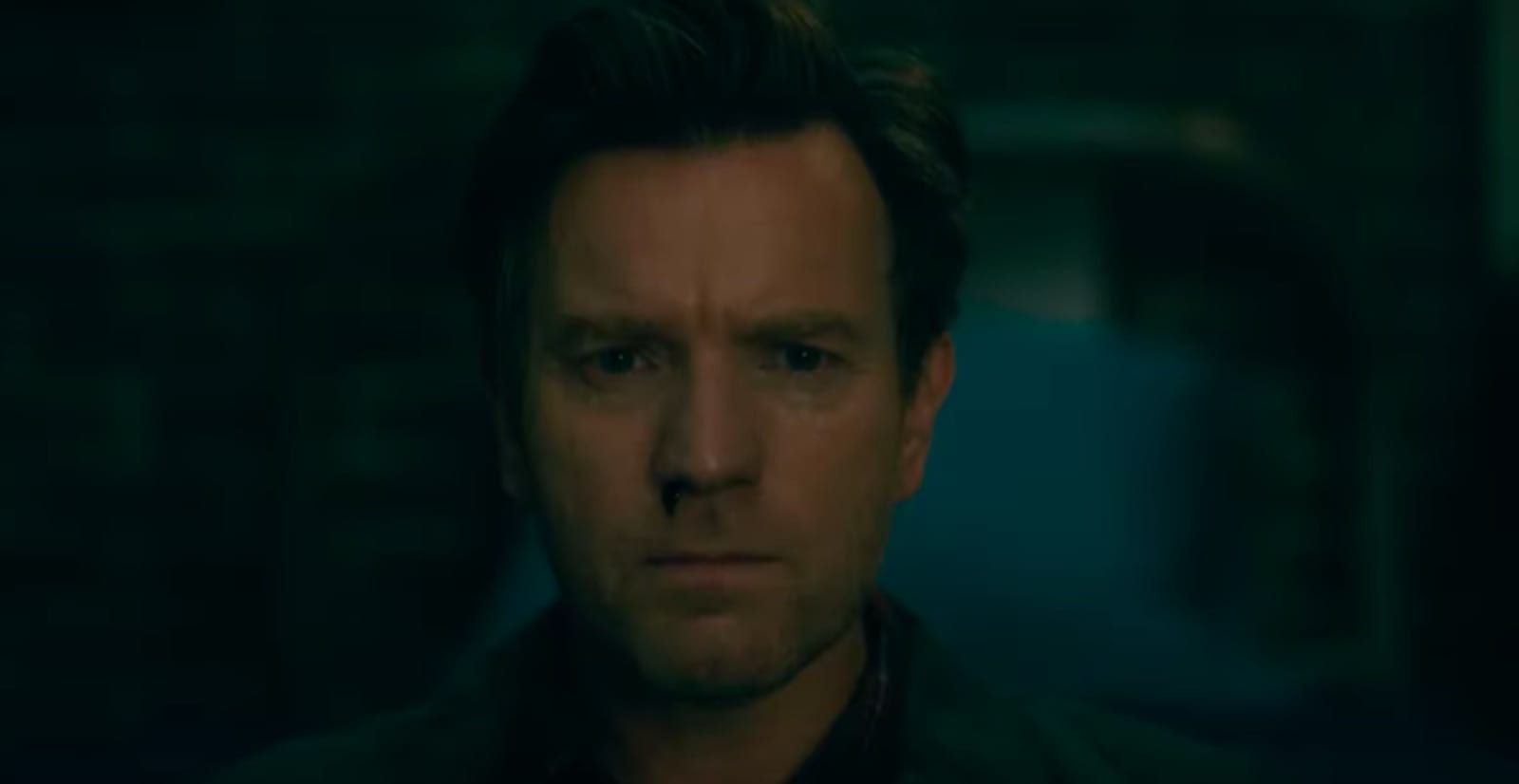 Should you go see Doctor Sleep?

If mixed critical reactions leave you confused, then just go with your gut on it. Based on what we’re hearing, Doctor Sleep surely deserves a fair shot. It has a great cast, a talented horror director, and its own tone. Maybe it’s not perfect, but it still sounds like a lot of fun. The villains alone will be worth the price of admission for most. 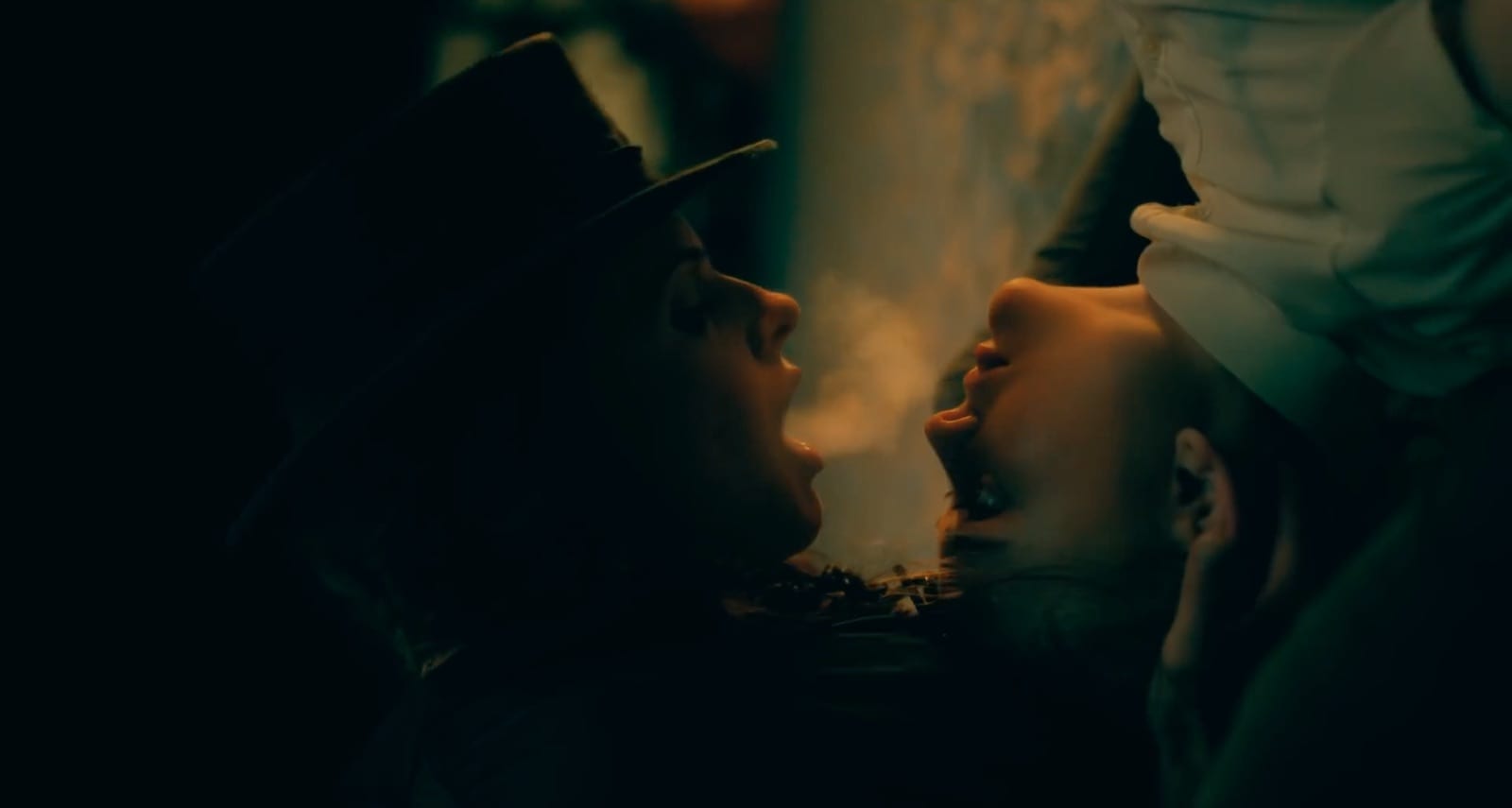 If you love Stephen King or The Shining, go in with an open mind that this film will be its own thing.