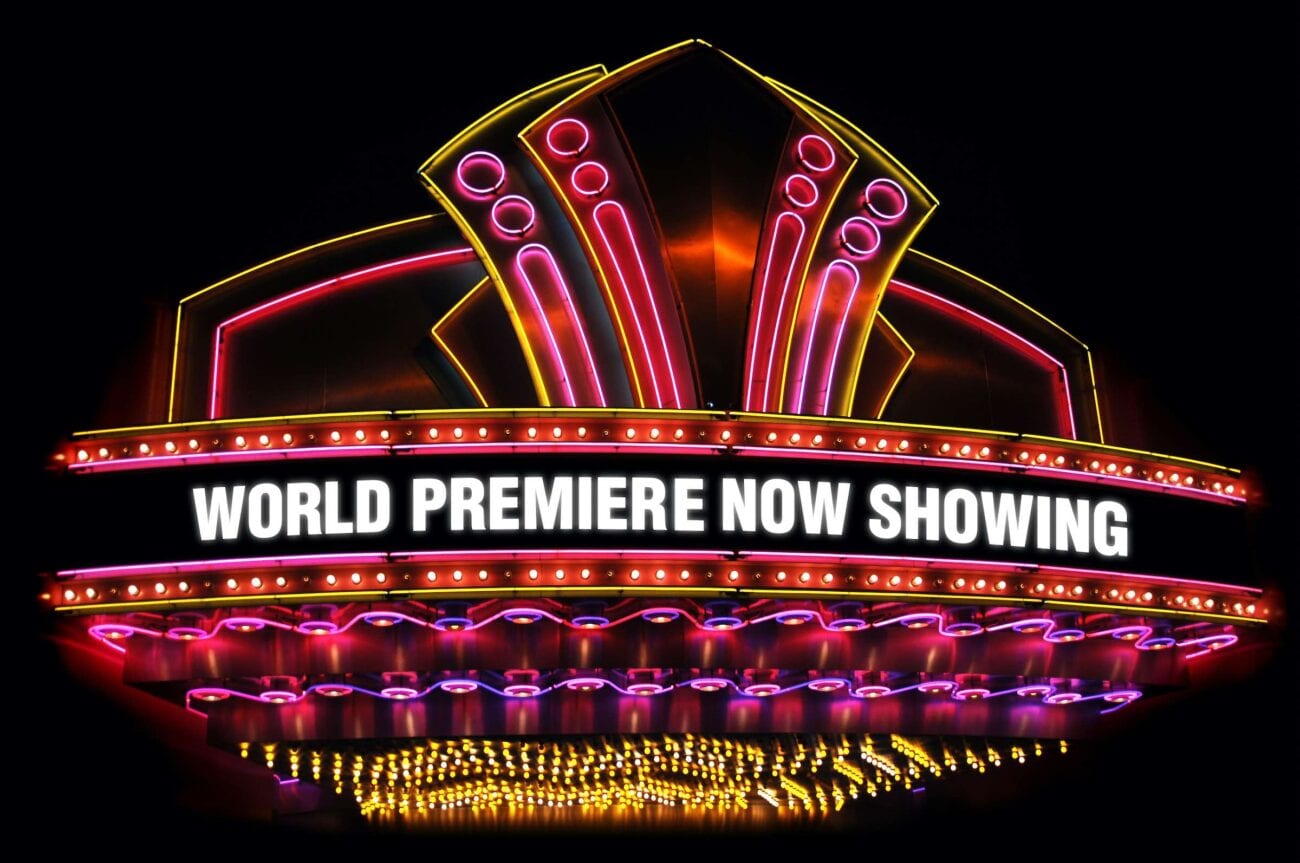 Could we see movie theaters closing for good because of COVID-19?

Hey, have you been anxiously waiting for all the blockbuster movies that have been delayed because of the pandemic? Still stoked to see movies like Christopher Nolan’s Tenet, Disney’s live-action Mulan, or Nia DiCosta’s Candyman?

You’re not alone. Yet, the crowds aren’t coming in as anticipated. Could we be seeing our favorite movie theaters closing for good? Maybe – but an old fashioned remedy could come to the rescue. 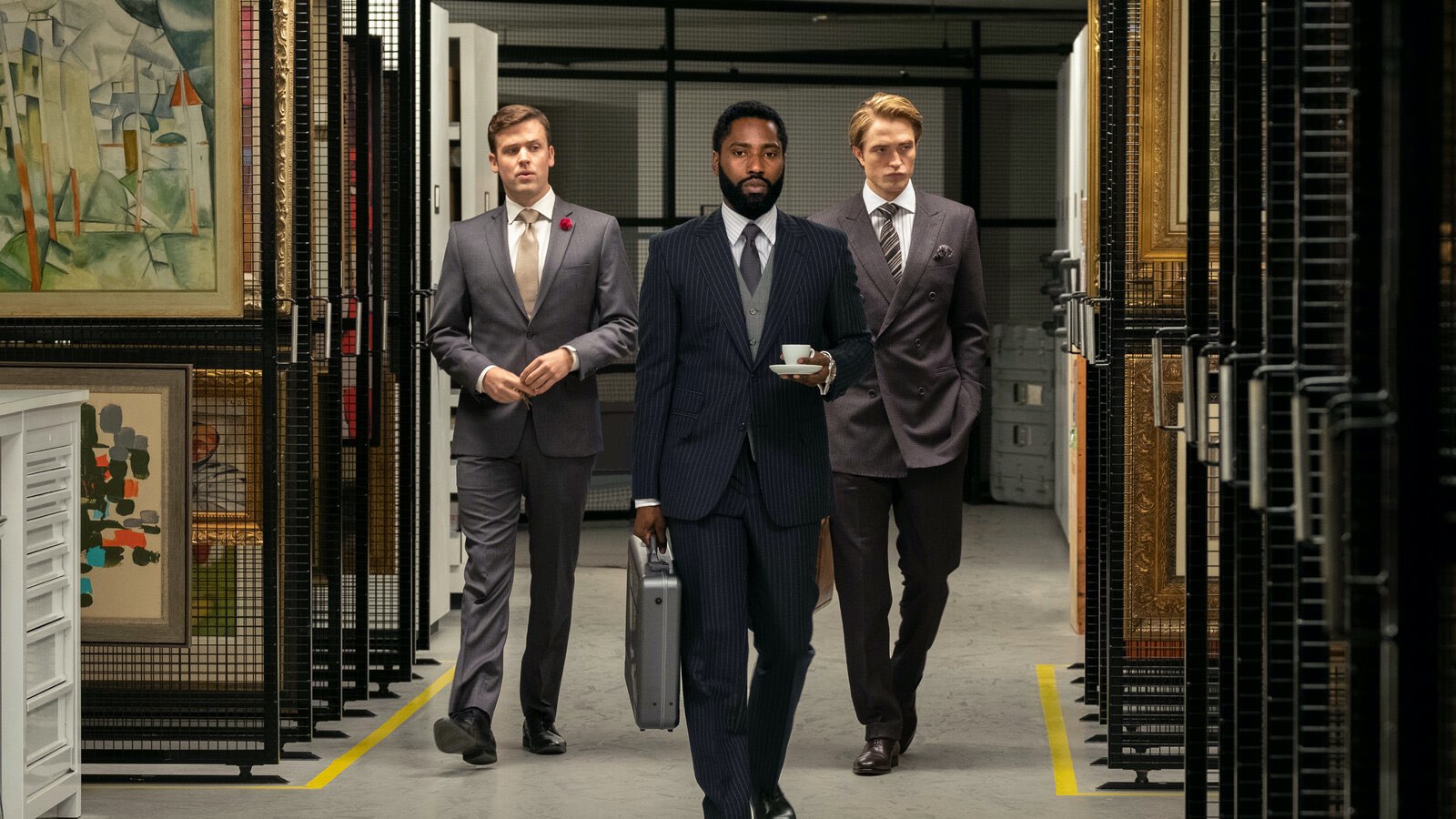 Sadly, it’s possible one of our favorite pastimes may be coming to an end due to the coronavirus pandemic. After five months of pandemic-forced closure, the big movie theater chains reopened in roughly sixty-eight percent of the U.S. by Labor Day weekend.

Many opened so they could show the $200 million film Tenet, which Warner Bros. promoted as “a global tent pole of jaw-dropping size, scope & scale”.Yet, Tenet collected a mere $9.4 million in its first weekend and just $29.5 million over its first two weeks.

Movie theaters closing in New York & Los Angeles, the two biggest U.S. markets and the center of Nolan’s fan base, reduced audience turnout. In the areas where Tenet did play, audience concerns about safety – even with theater capacity limited to fifty percent or less in most locations – diminished ticket sales. 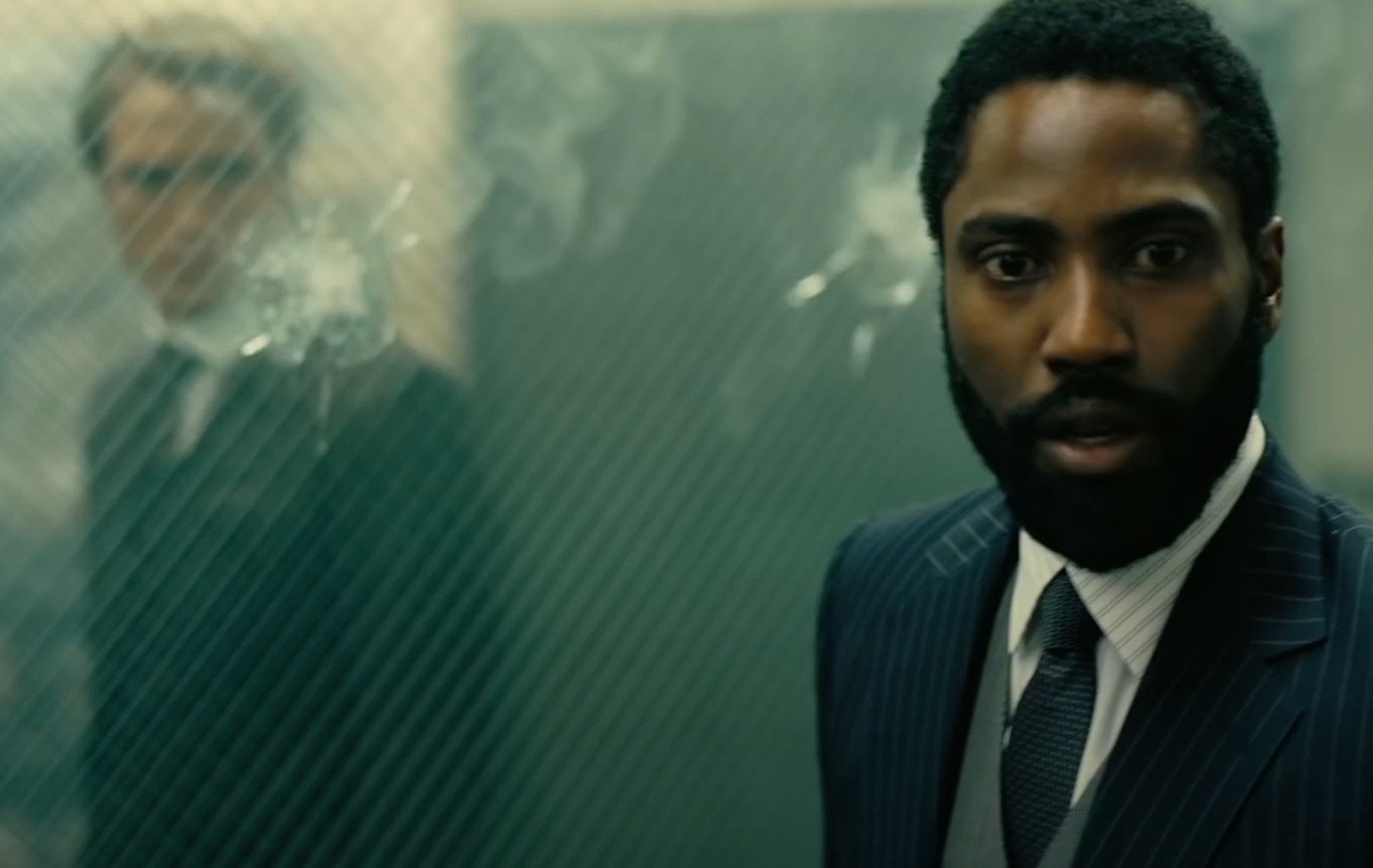 Some analysts started re-sounding the alarm bells about the future of the theater business, making many movie theaters closing a possibility. “We have no way of forecasting how long it will take for consumer comfort with indoor movie theaters to return,” Rich Greenfield, a founder of the Lightshed Partners media research firm, wrote in a report on Monday.

To avoid movie theaters closing permanently, theater owners now have to put their faith into two factors out of their control – studios staying the course with the end of year releases, and New York & Los Angeles (along with San Francisco, the number three market in the country) allowing theaters to reopen.

Tenet was not the only movie released in August, but the others — The New Mutants ($15 million) & Unhinged ($14 million) — haven’t fared much better at the box office, although they cost less than half as much to make. 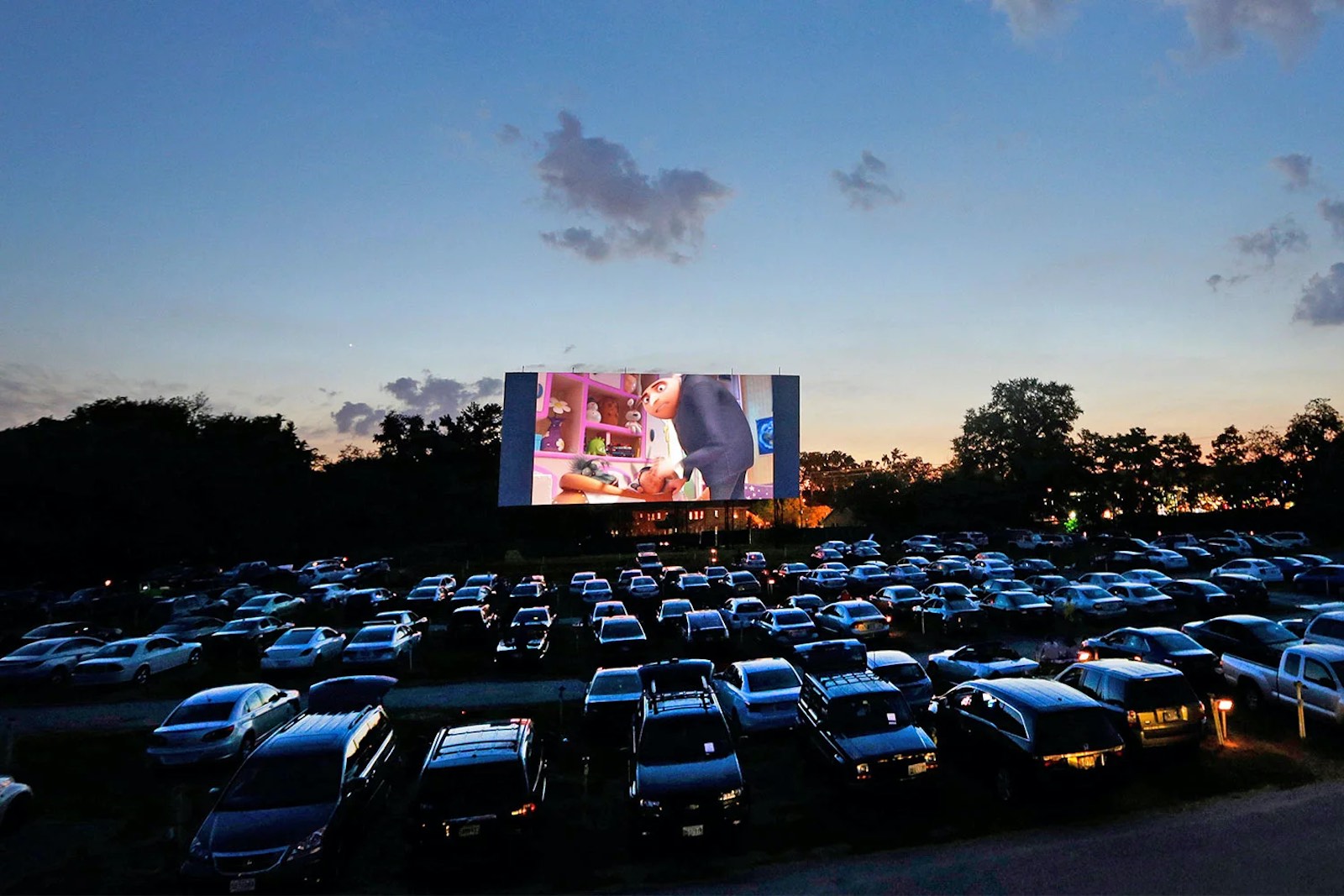 What was old is new

However, despite movie theaters closing, “every cloud has a silver lining”. As the sun set, the excitement rose. More than 200 cars gathered at the West Wind Drive-In in Solano, California, about a 30-minute drive from Berkeley. Some folks watched from inside their cars; others huddled together in pickup truck beds. The movie — E.T. — was about to start.

To some, this is a new concept. Many Americans alive today missed the golden age of the American drive-in. The first “park-in theater” opened in New Jersey in 1933. By 1950, more than 2,000 drive-ins were in operation. In 1958, the industry’s peak, more than 4,000 lined the highways of an increasingly suburbanized, car-centric nation.

As of October 2019, only 305 drive-ins remain in the U.S., according to the United Drive-In Theatre Owner Association (UDITOA). During the coronavirus pandemic, with movie theaters closing, the promise of shared entertainment experience from the comfort of a controlled, socially distant environment has fueled a drive-in resurgence, and movies are only part of the offering. 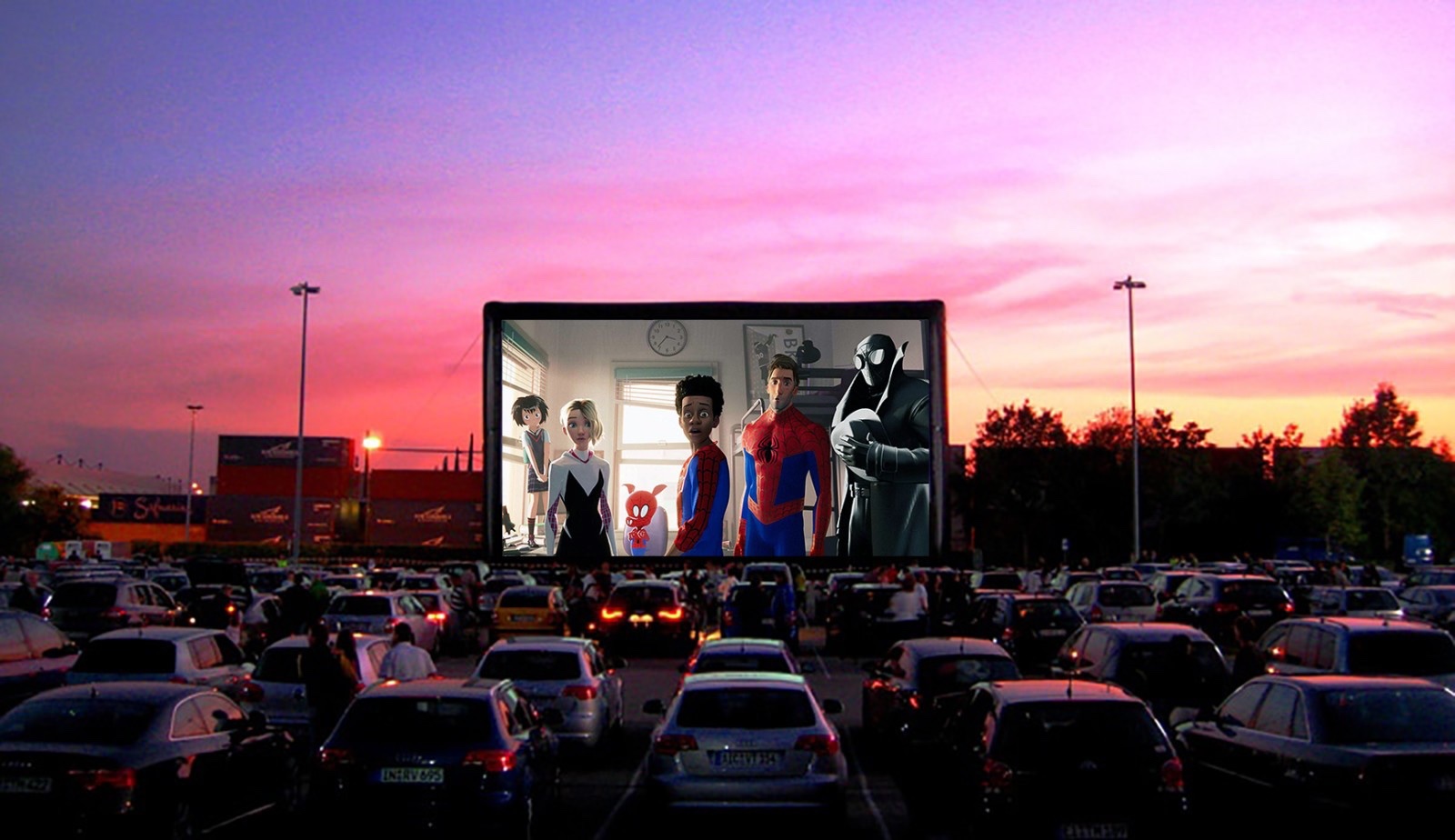 Around the world, idled shopping malls and empty parking lots hosted ad hoc screens for pop up community movies in the wake of movie theaters closing. Miami’s Hard Rock Stadium turned its football field into a giant outdoor cinema. In July, a boat–in movie theater even popped up in Key Biscayne, Florida, complete with a sixty-foot floating screen.

American urbanist William H. Whyte said in his book, The Social Life of Small Urban Places, that people are drawn to public spaces that give them some autonomy. While the drive-in might not be a truly public space, it does offer a welcome hybrid of public and private life. It’s got a lot of independence, even if it’s got a lot of co-dependence.