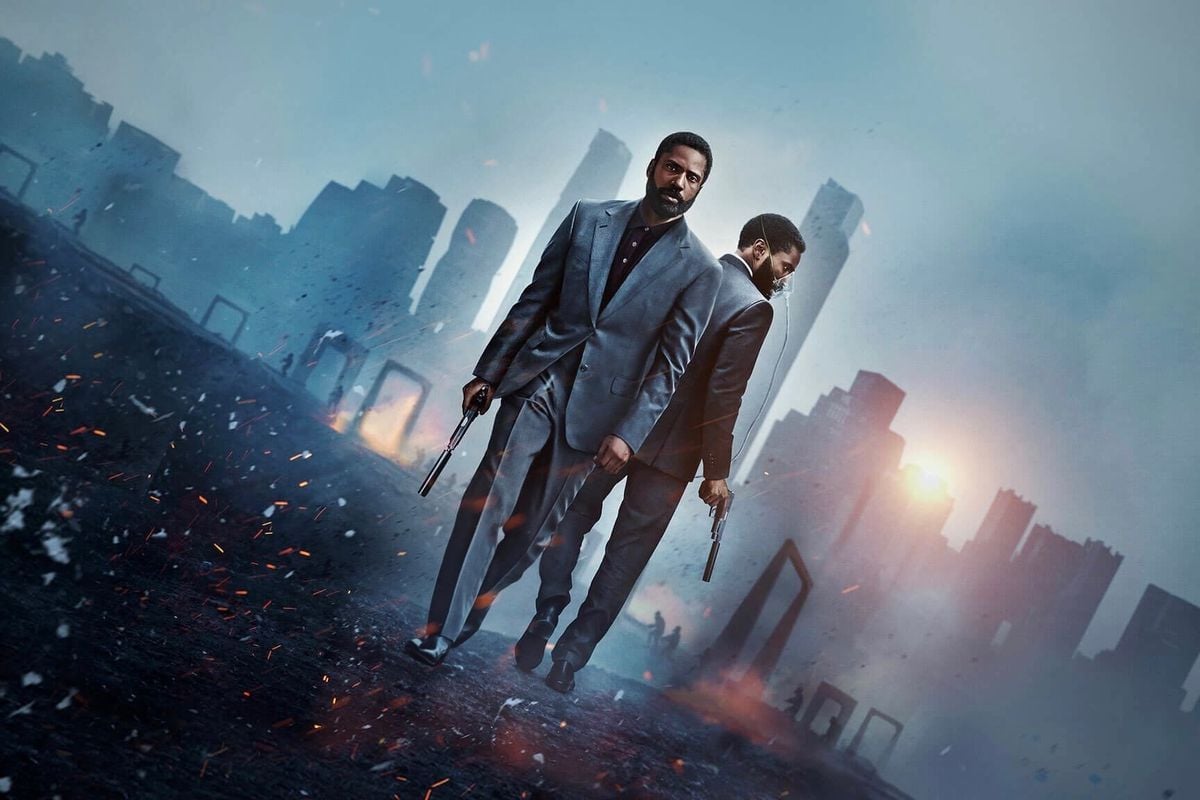 We don’t know what the hell happened in Tenet.

Normally, these kinds of articles are precipitated by mean Internet statements from film bros who Tweet their articles rather than write them about how Christopher Nolan films are for a higher sect of filmgoer; someone who knows film theory. Someone who loves an unreliable narrator. Someone who watches a Terrence Malick movie and isn’t bored.

But that still does not change the sad fact that we don’t know what the hell happened in the Tenet script. 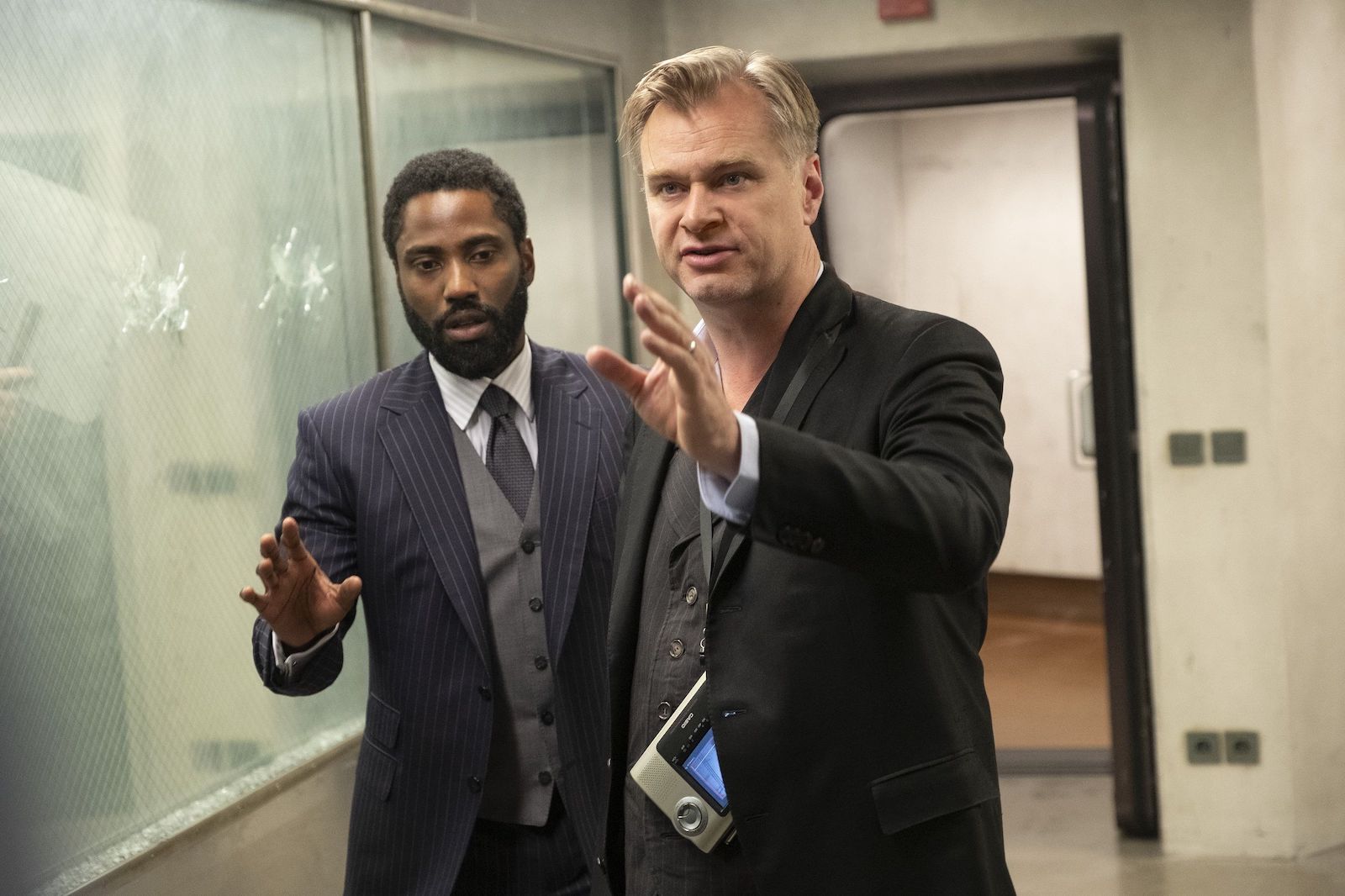 Nolan’s new film has been unique in its ability to spark online debate; it has popped up repeatedly, like a drunk groundhog that doesn’t know when February 2nd is, every few weeks since the COVID-19 pandemic started.

Prior articles were focused on its release date. Then the tone shifted to how it would be the first film to spark the return to movie theaters. Then film buffs focused on how it could single-handedly save the failing theater system. Then the film opened (internationally). 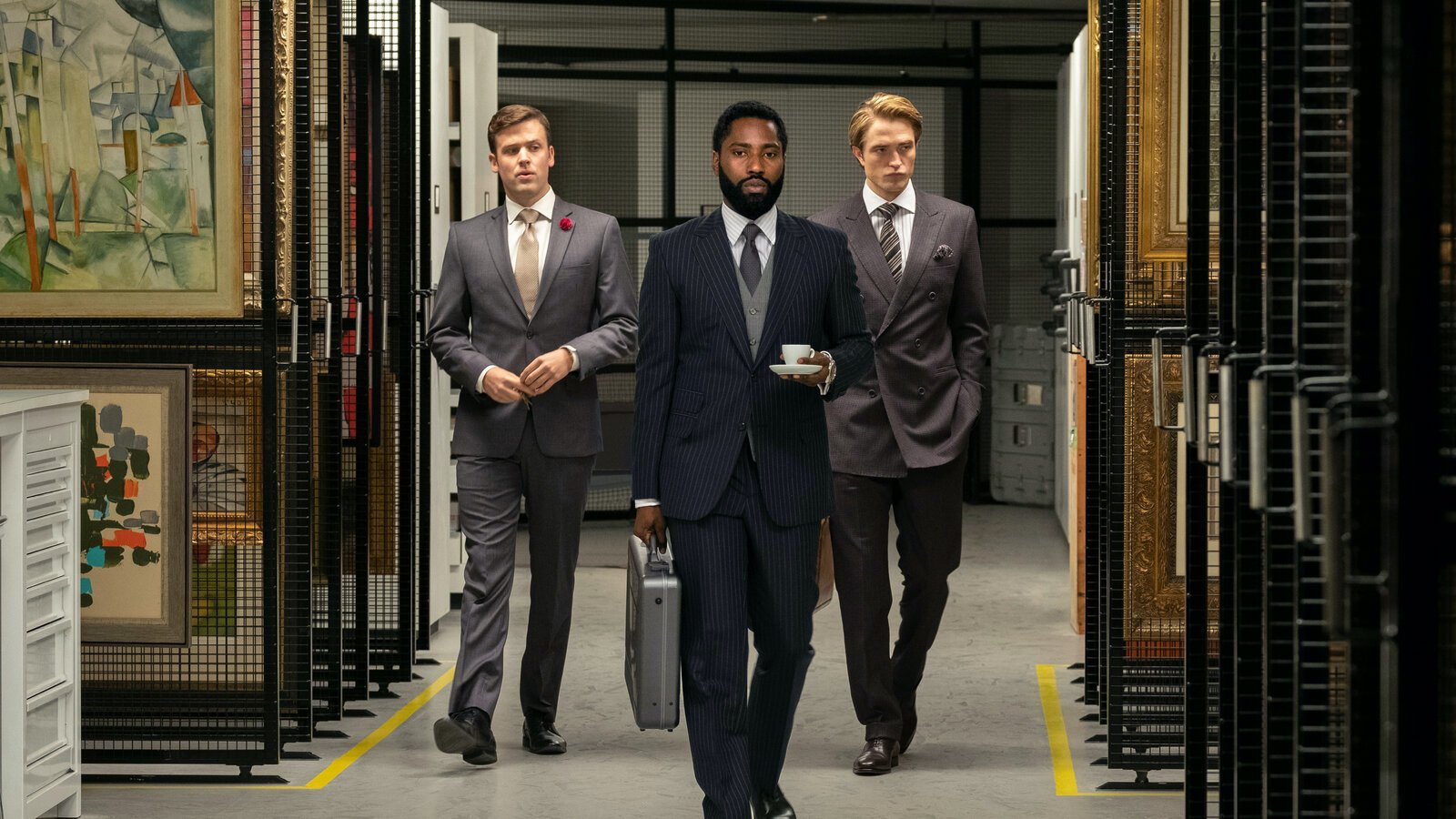 Reading (and writing!) articles about how we have no idea what the hell this movie is about.

Let’s take a high dive on this springboard of ignorance and go deep into the Tenet script and the tenets (get it?!) of Nolan’s latest blockbuster.

We can confidently, accurately, 100% say that this article is free of spoilers. Because we just spent three hours watching something and still have no idea what happened. 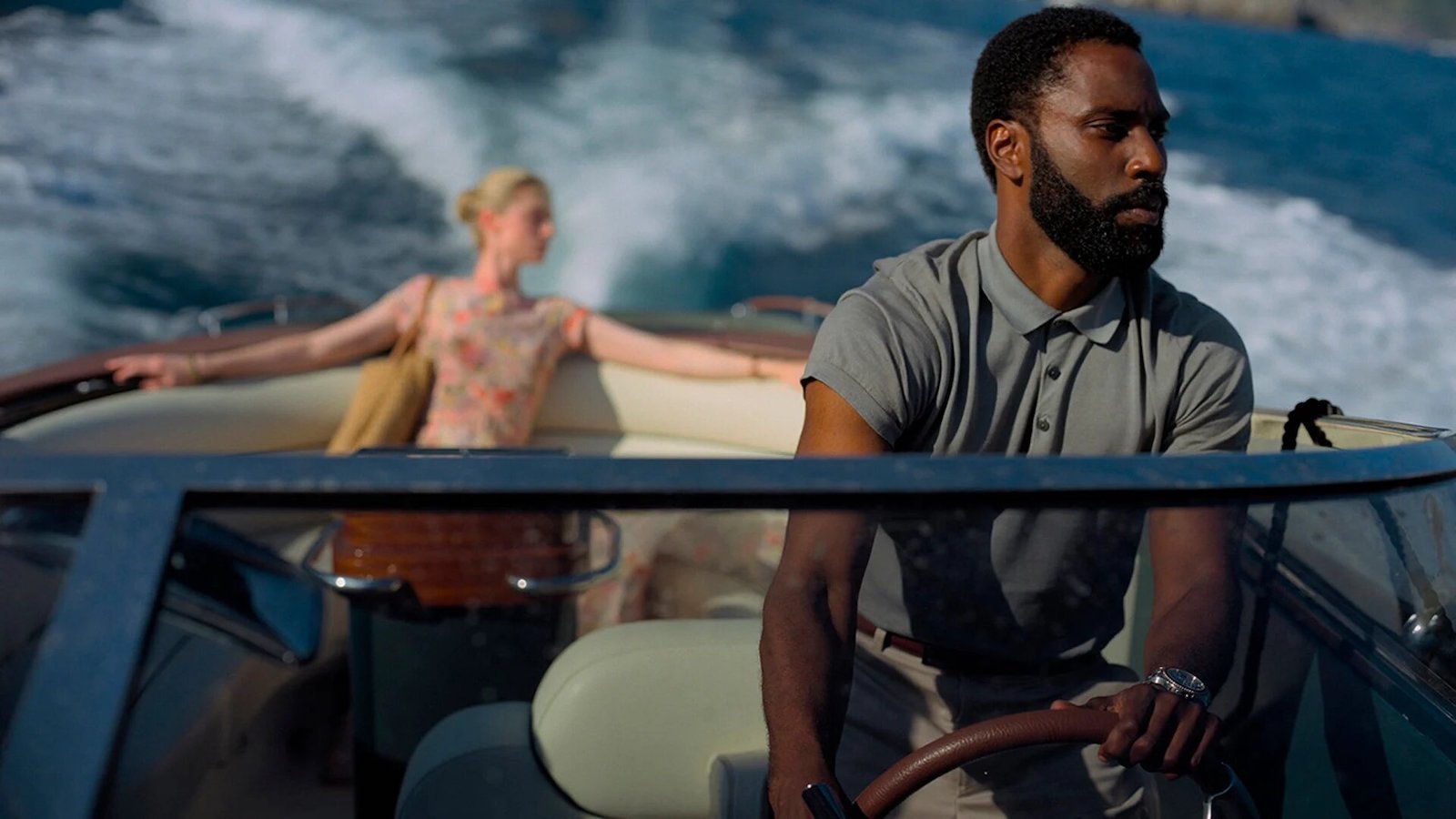 Yes, so this is the central thesis of the movie. 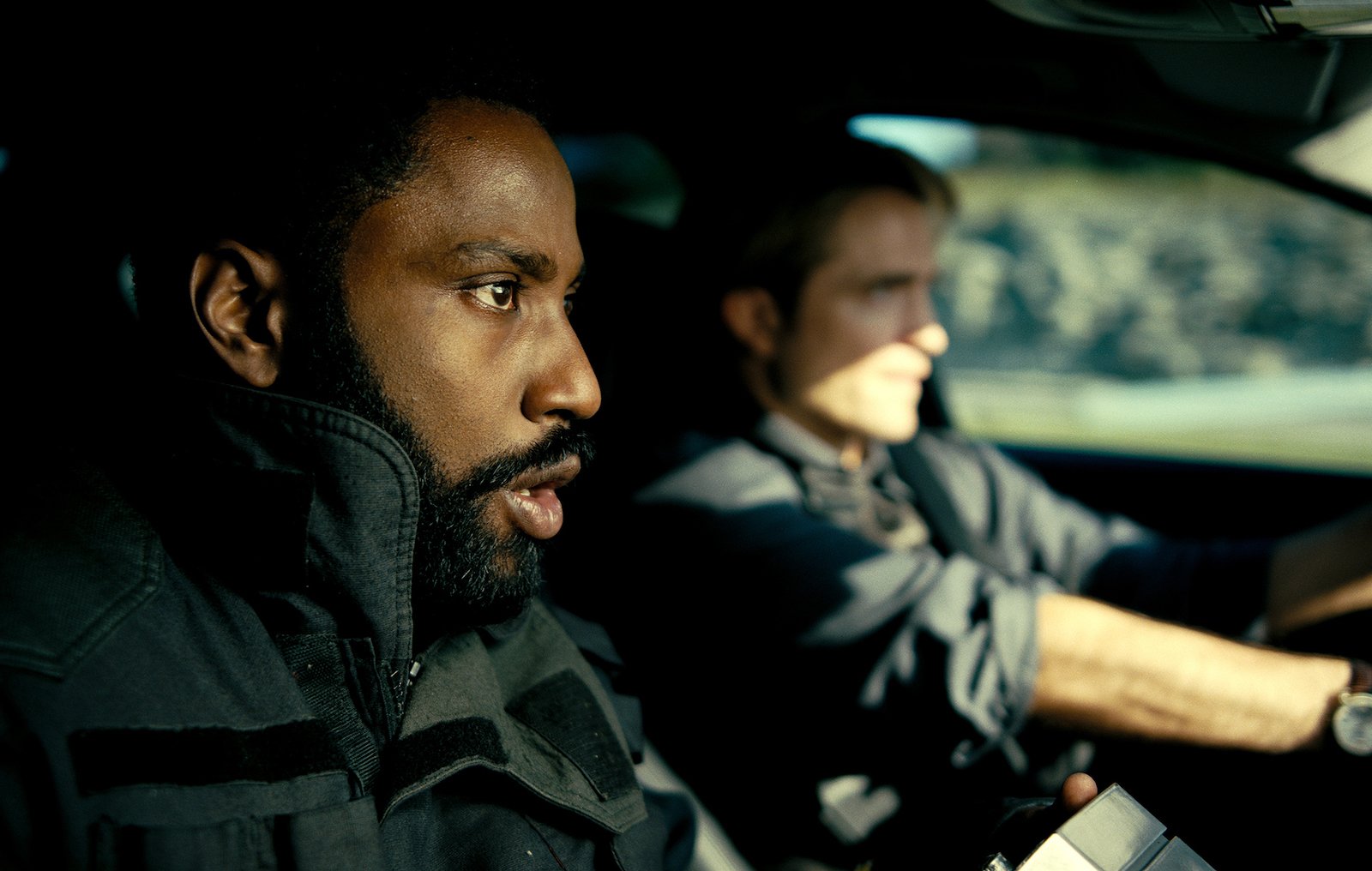 This, as far as we can tell, is actual dialogue from the film. In the years to come, this film will be co-opted by the U.S. government as a tool to discourage non-English speakers from entering the country.

At any point when you think you might expect to understand something, the creative scoring from Ludwig Göransson swells and the deafening sound of string instruments overwhelms your ear canal before an actual human moment can take place.

Some might place the blame on Production Sound Mixer Willie Burton. 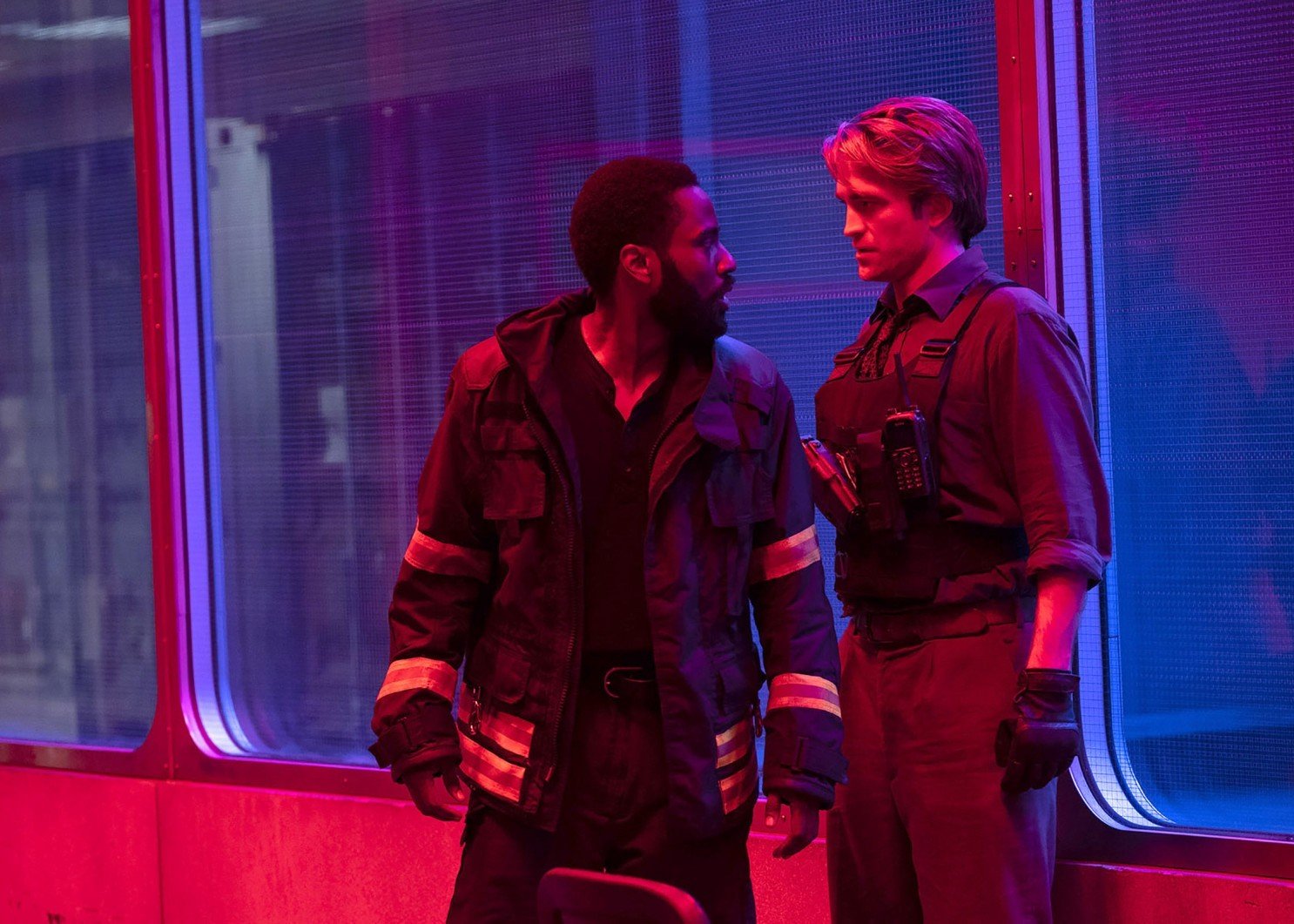 Those people would be mistaken! Let’s not forget that Christopher Nolan strapped a muzzle on Tom Hardy in The Dark Knight Rises. He recorded the demented, rabid chipmunk sounds that followed and decided that would be great for theater audiences to listen to in Dolby surround sound.

We would love to say the dialogue is bad, but we can’t, because we can’t hear the dialogue. 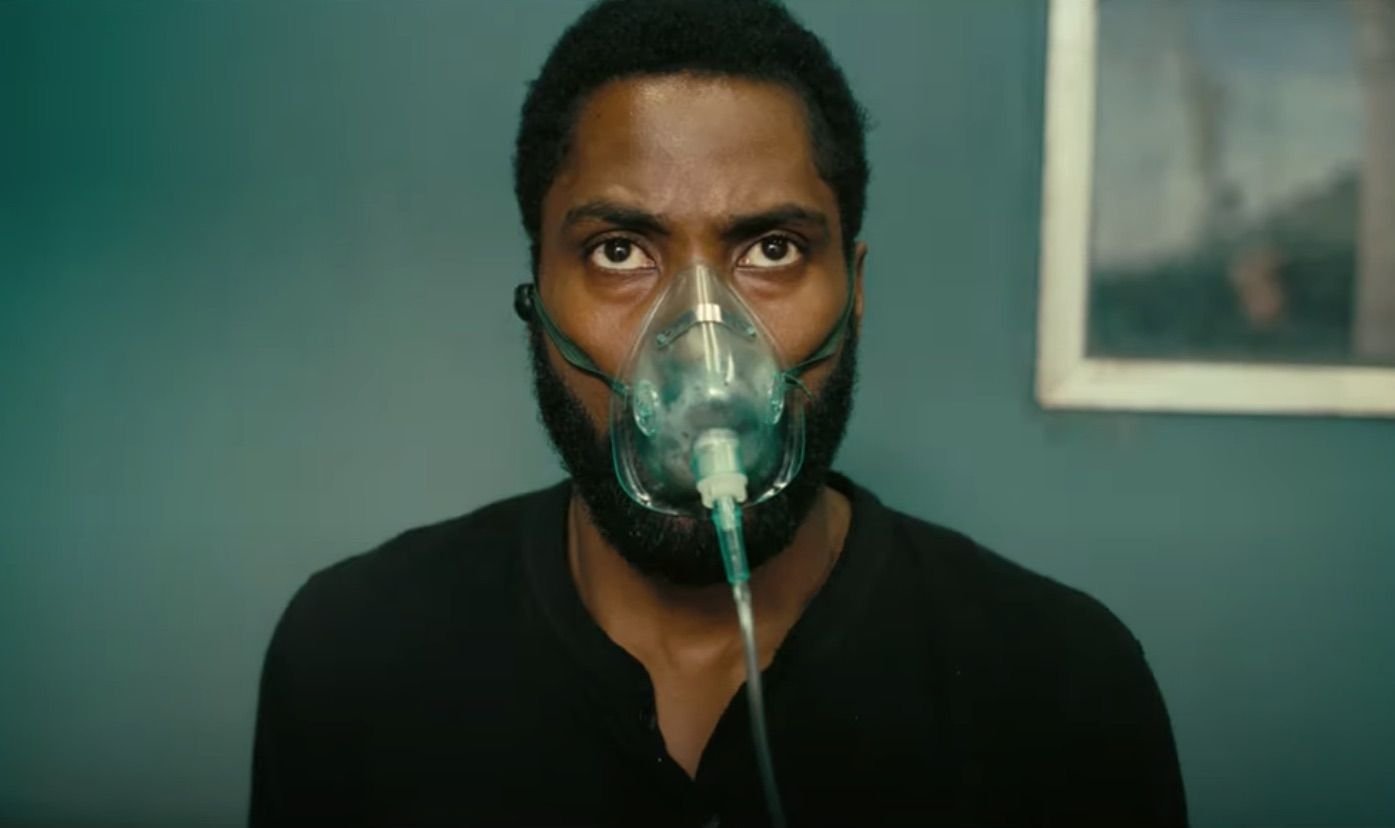 Kenneth Branagh is saying something about global warming

Like a Tinder date in a crowded bar; we know Kenneth Branagh is saying something about global warming, we just don’t know what. Occasionally, World War III is mentioned.

Holy cow, you might be thinking. Is this movie about stopping World War III? 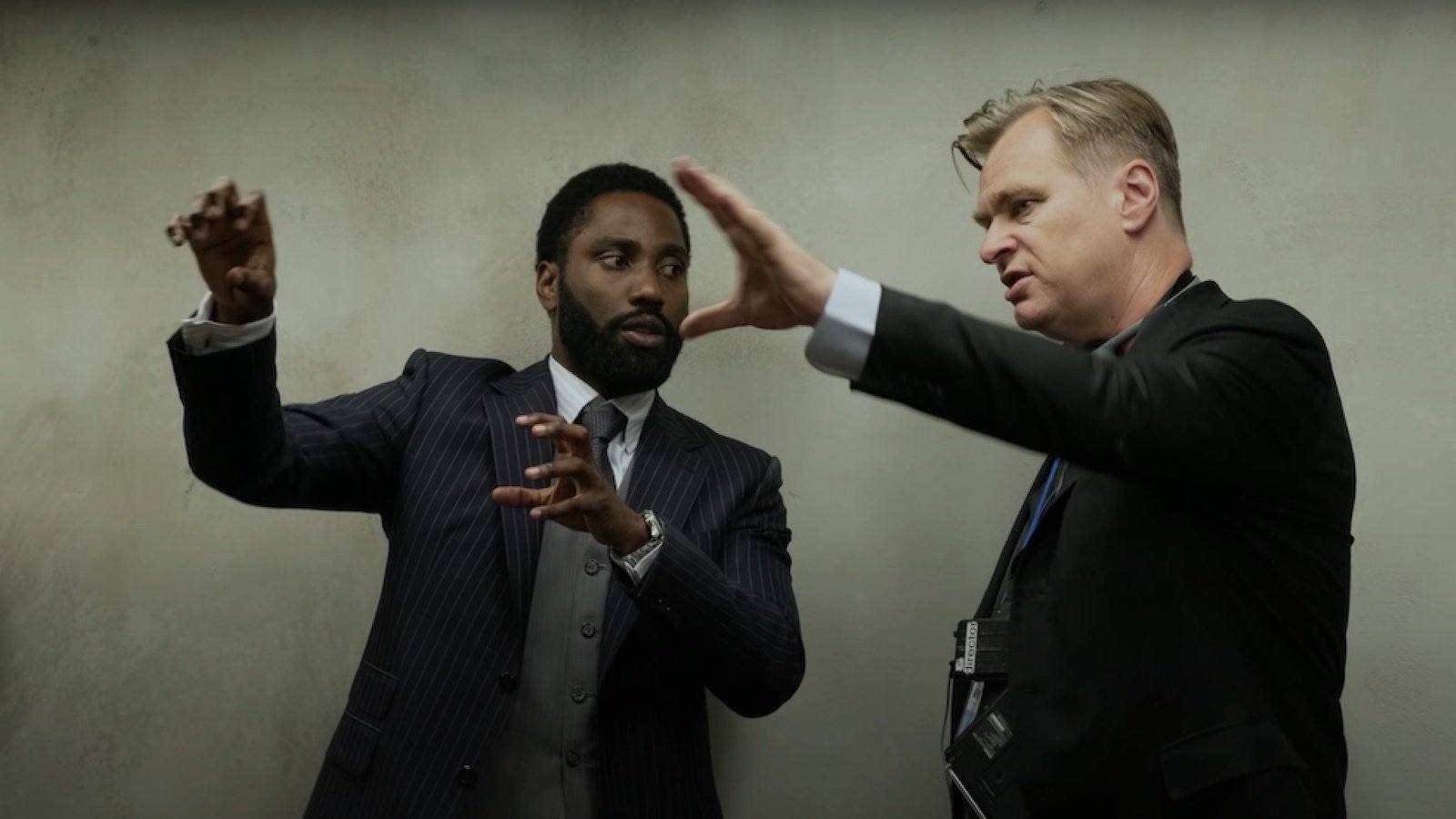 Branagh is the villain, which means he wears suits and screams a lot in a Boris and Natasha-level Russian accent about his evil plan.

What is his evil plan?

We would love to tell you! We think it has something to do with climate change. Or bombs. World War III is a plotpoint, but we don’t know if he’s starting it or trying to prevent it or benefiting from it like a war profiteer. 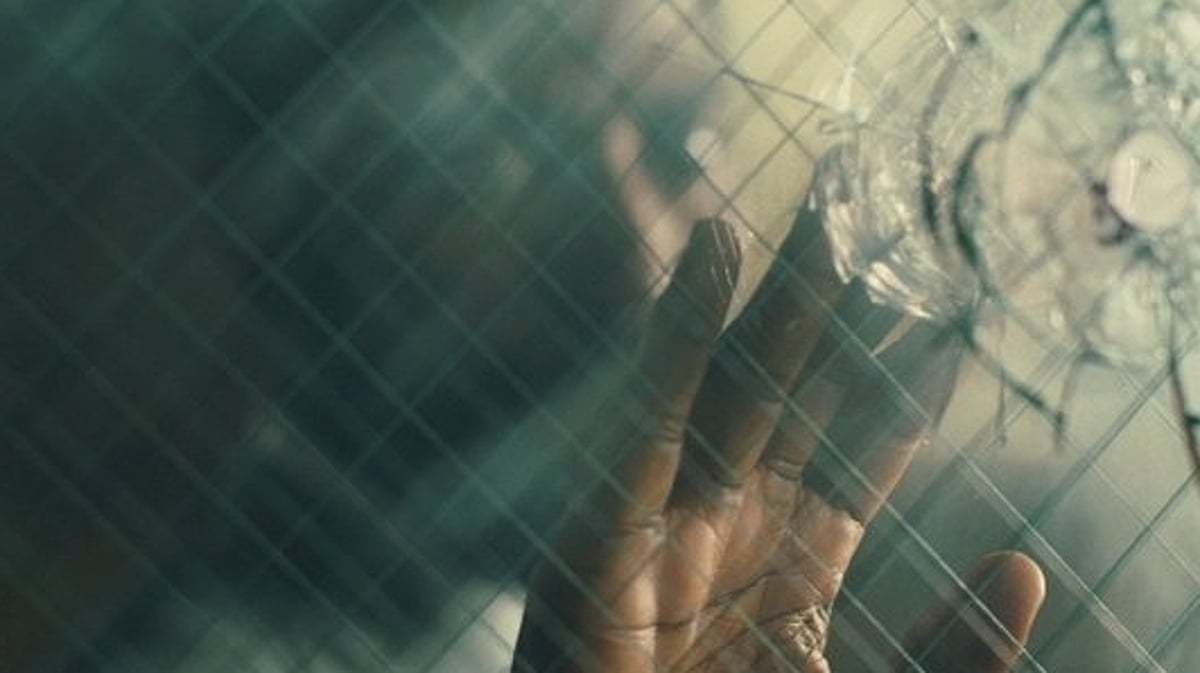 Sometimes, there are science people.

The science people will wear white coats instead of white shirts underneath gray coats (an important distinction!) and say things like “you are now going to be inverted, are you ready for this?” 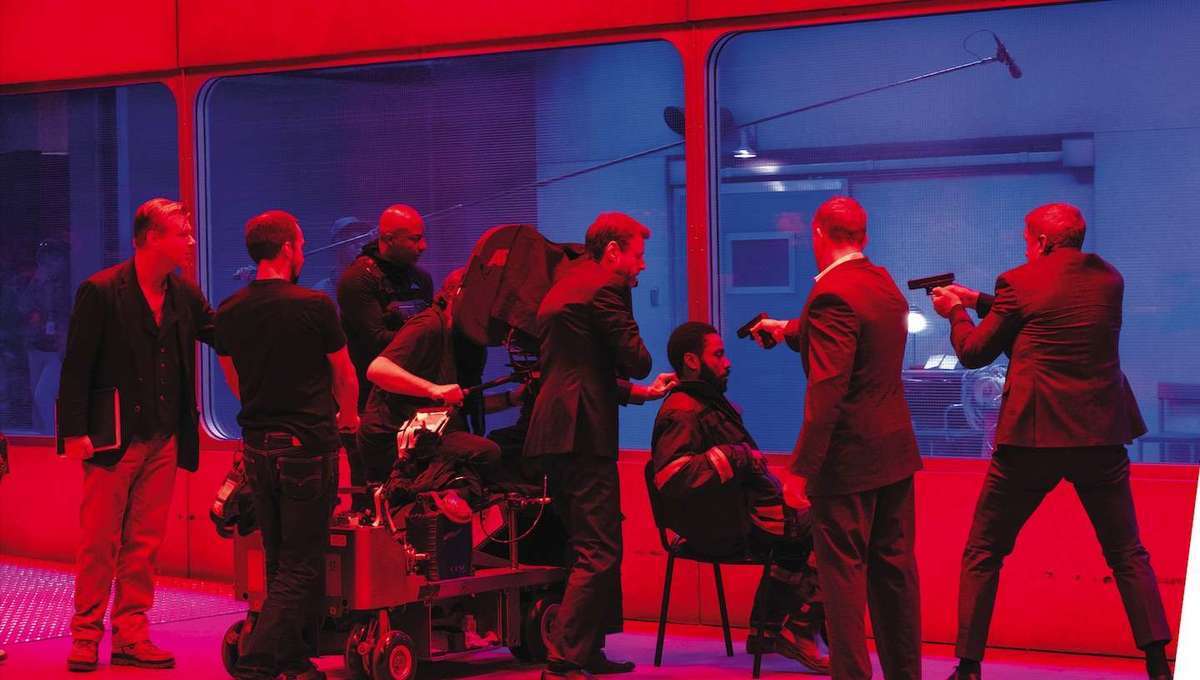 The gun people are. These men are ready for anything.

Then the inversion happens; which would be exciting if we didn’t have Nolan’s previous filmography or the music video for Beyonce’s “Me, Myself, and I.”

Thankfully, we were able to catch this phrase, because it was repeated about 56 times throughout the course of the two hour and 30-minute runtime. 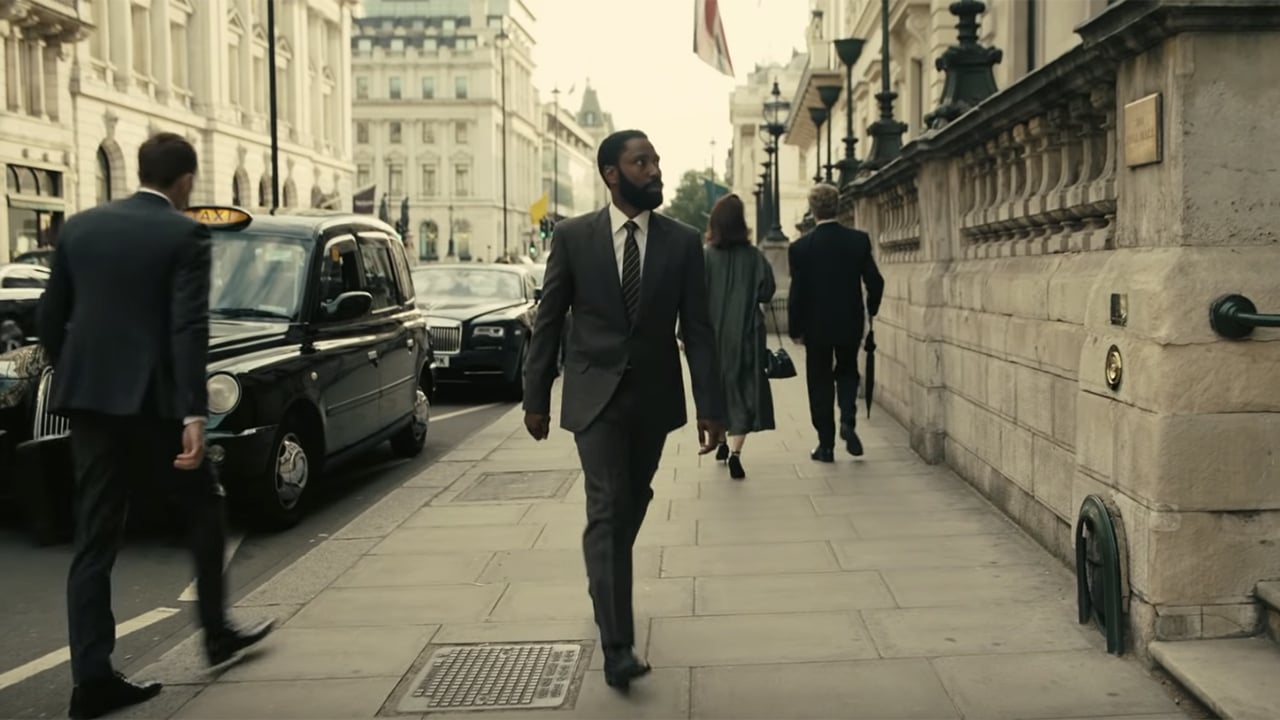 What’s great about The Protagonist (John David Washington) is that he has no backstory, no personality. He just emerged, fully formed, with a suit and a gun (which, incidentally, is how Christopher Nolan entered this world. Like Athena, emerging full-grown from Zeus’s head with some hot takes on space travel.)

Thank goodness he has a gun, because this is the only form of currency that exists in the clinically cold soundscape of Tenet.

He uses it to shoot people. And it is incredible, but apparently, the sound of a bullet being shot out of a gun sounds exactly the same as when it goes in reverse! Who knew? 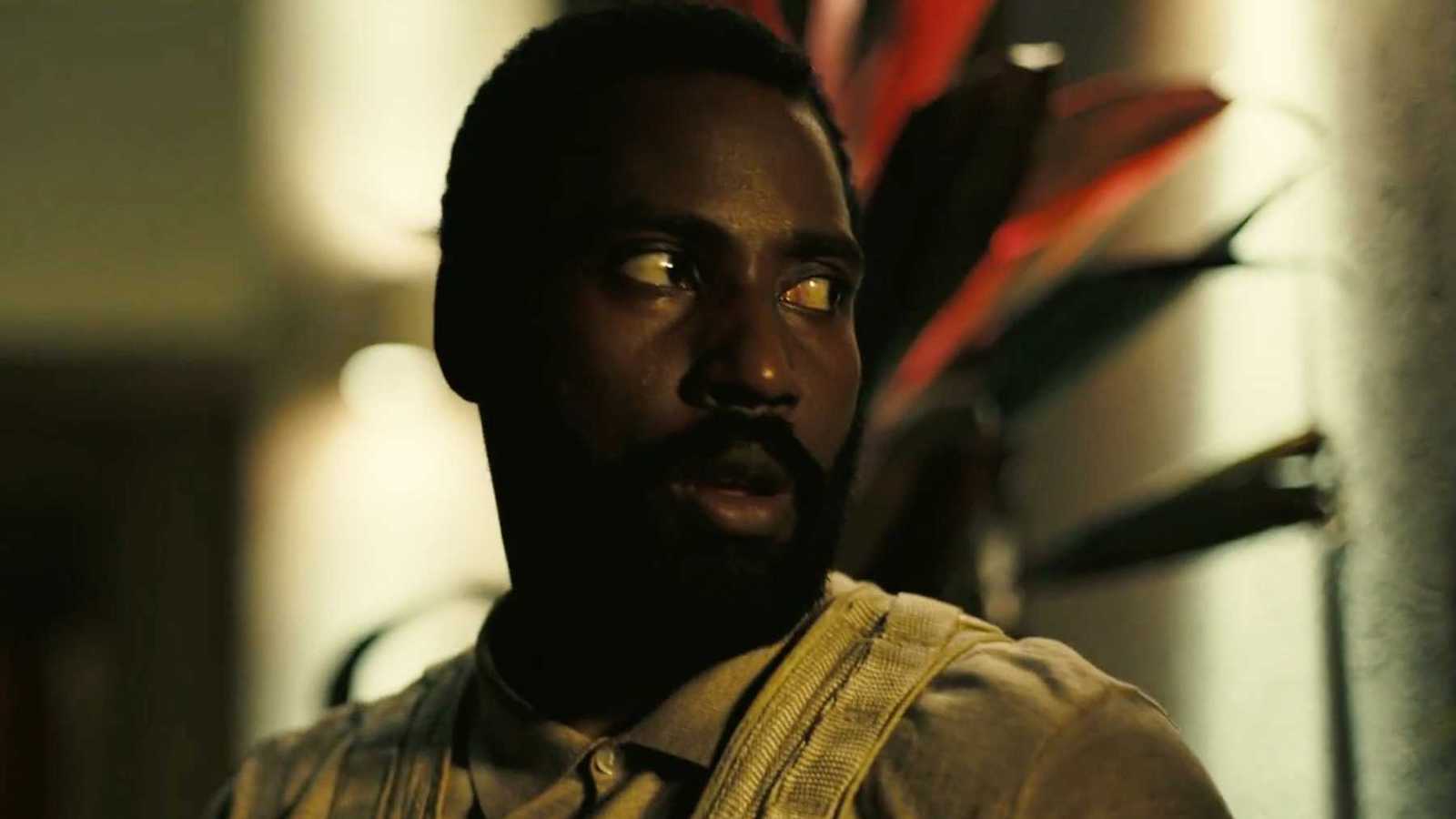 “Don’t try to understand it.”

We say this without judgement or prejudice, but this seriously was the only line we could understand without the use of subtitles.

It should give you a good glimpse of what to expect with this movie.