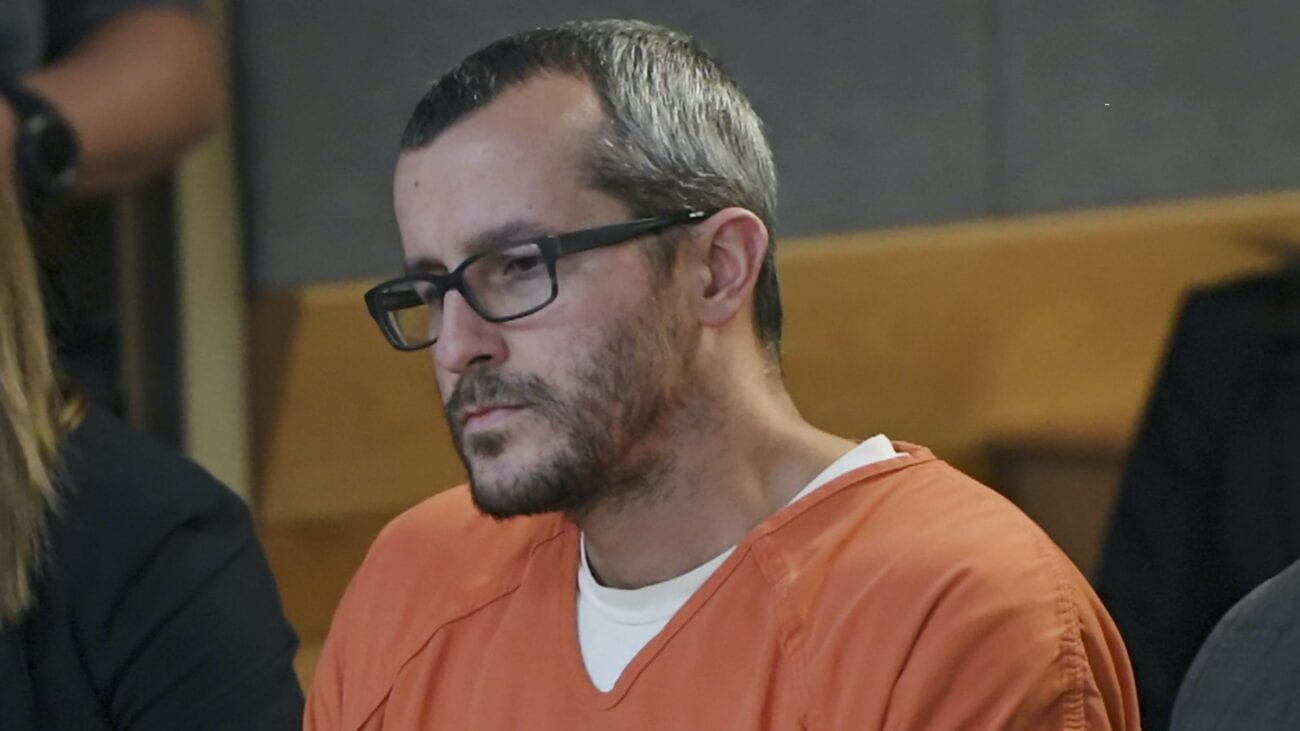 How does Chris Watts’s extended family feel about his crimes?

The infamous family annihilator Chris Watts is living out his days at Dodge Correctional Institute. On Aug. 13, 2018, Watts murdered his pregnant wife & two daughters. He’s convicted of first-degree murder, unlawful termination of a pregnancy, and tampering with a deceased dead body.

Following a Lifetime movie in January, Netflix released the true crime documentary  American Murder: The Family Next Door on Sept. 30th. The documentary has been praised by many due to the way it’s given Watts’s wife Shan’ann a voice. It’s not an easy documentary to get through. Many Netflix users claim American Murder is “one of the hardest things they’ve ever watch” and how it left them “broken” & “physically sick.”

Not everyone is happy with the portrayal of Watts and the events leading up to the murders. Watts’s parents were not thrilled with their son’s characterization in American Murder: The Family Next Door. 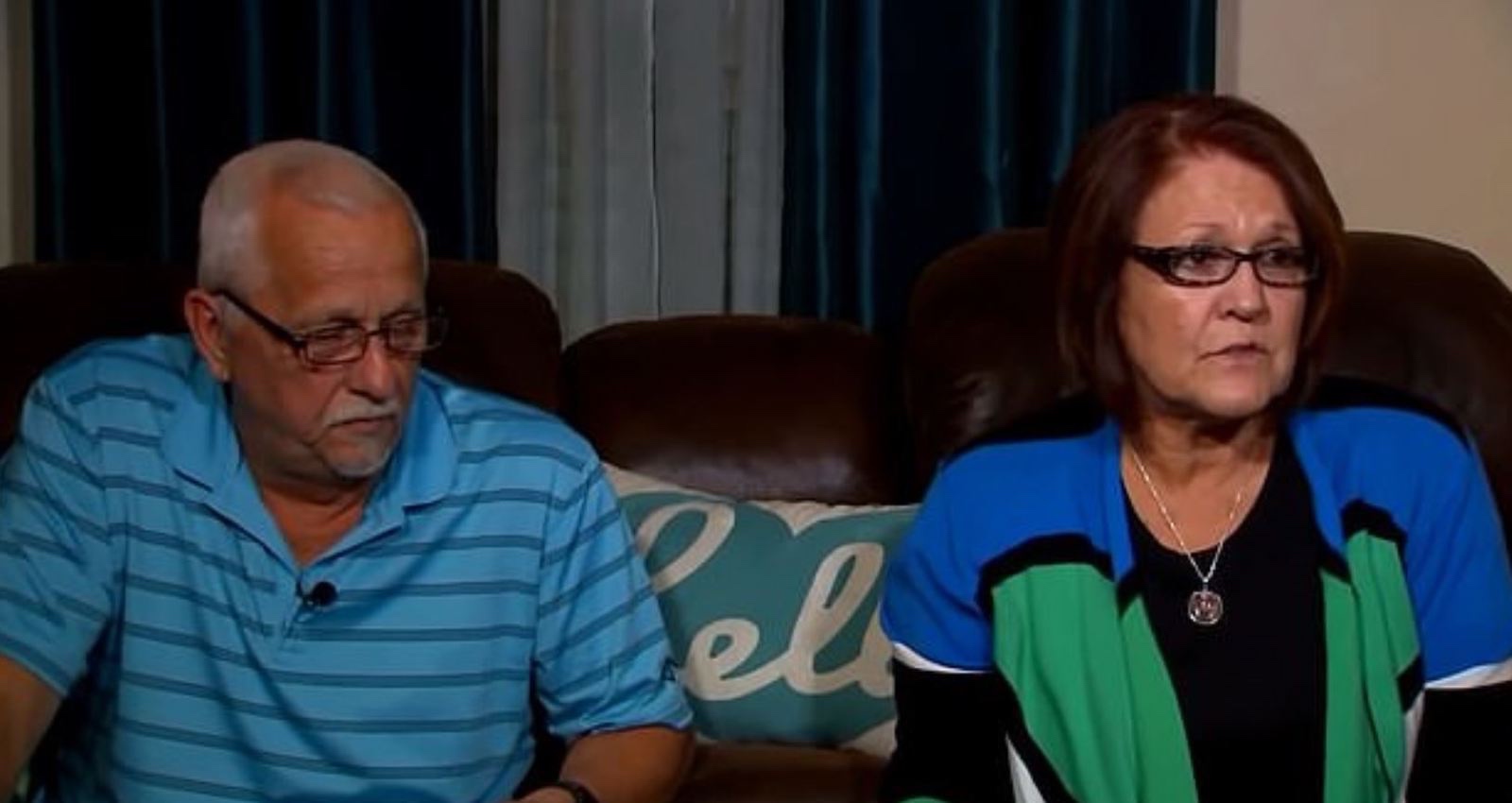 In an exclusive interview with The Sun, Watts’s parents claimed, even with how intimate the documentary gets, American Murder: The Family Next Door left a lot out. One of the things left out was the lengthy conversation Watts had with his dad Ronnie before confessing to authorities.

Chris Watts’s mom Cindy, explained, “There are things that are private, everything doesn’t have to be documented. I was shocked to see videos that I thought were private of Shan’ann and the kids, showing me on the slip and slide in the backyard. I would have preferred those not to be in there, but they were, and there’s nothing I can do about it.”

Contradictory to People Magazine’s reporting, Watts’s parents claim their son knows nothing of American Murder: The Family Next Door.  The family’s explanation is they haven’t told him about the documentary. According to them, “People come up with all these narratives. None of it is true.” 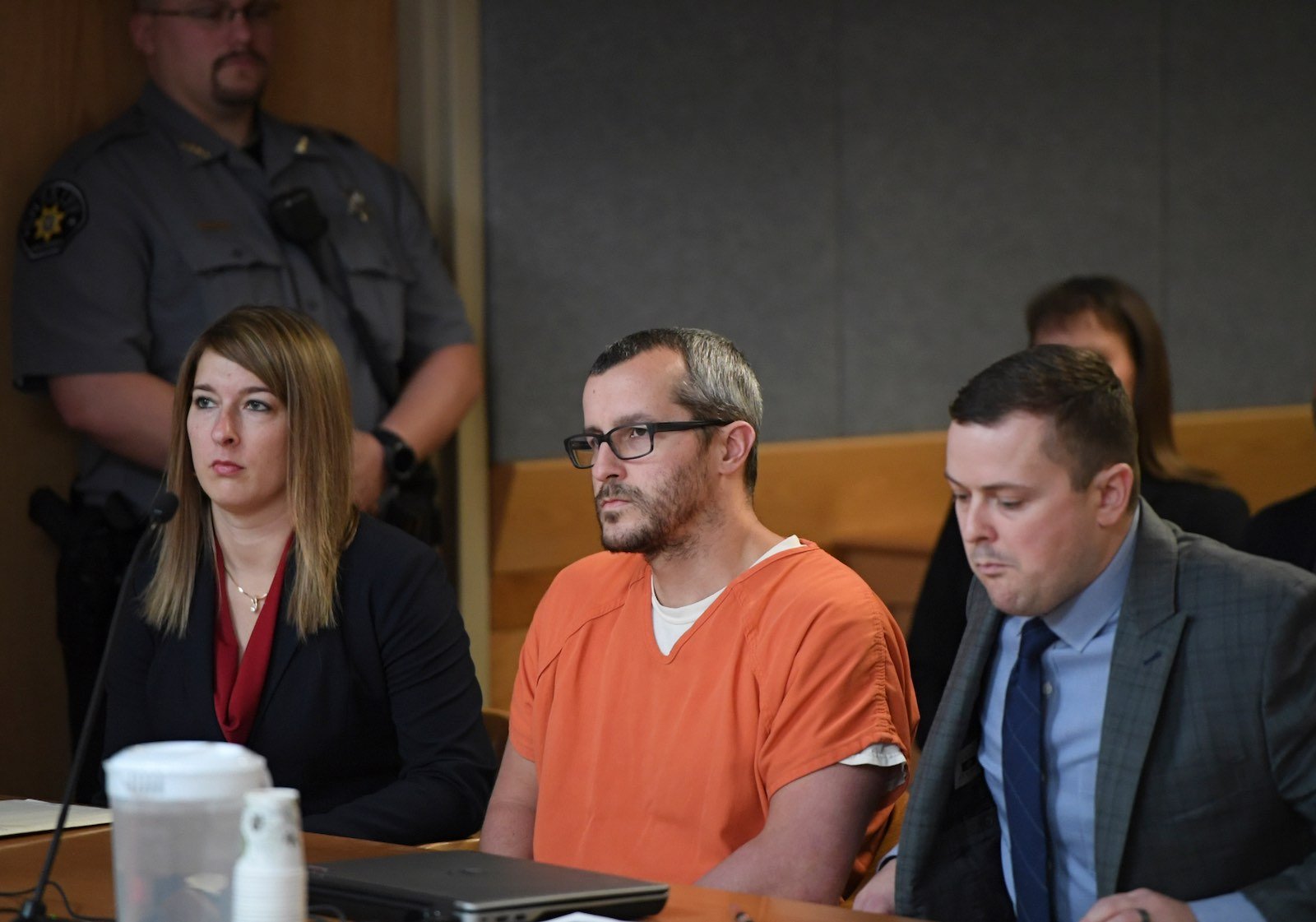 People Magazine reported a friend who visited Chris Watts recently, claimed Watts knows about American Murder, and is troubled by it. The source explains, “He hates knowing that it’s out there, but realizing that he will never see it.”

Chris Watts’s parents also used the interview with The Sun to continue their support of their son. According to the family, “We still love our son no matter what, and we miss our grandbabies. We’re trying to move forward, but it’s a very hard task.” 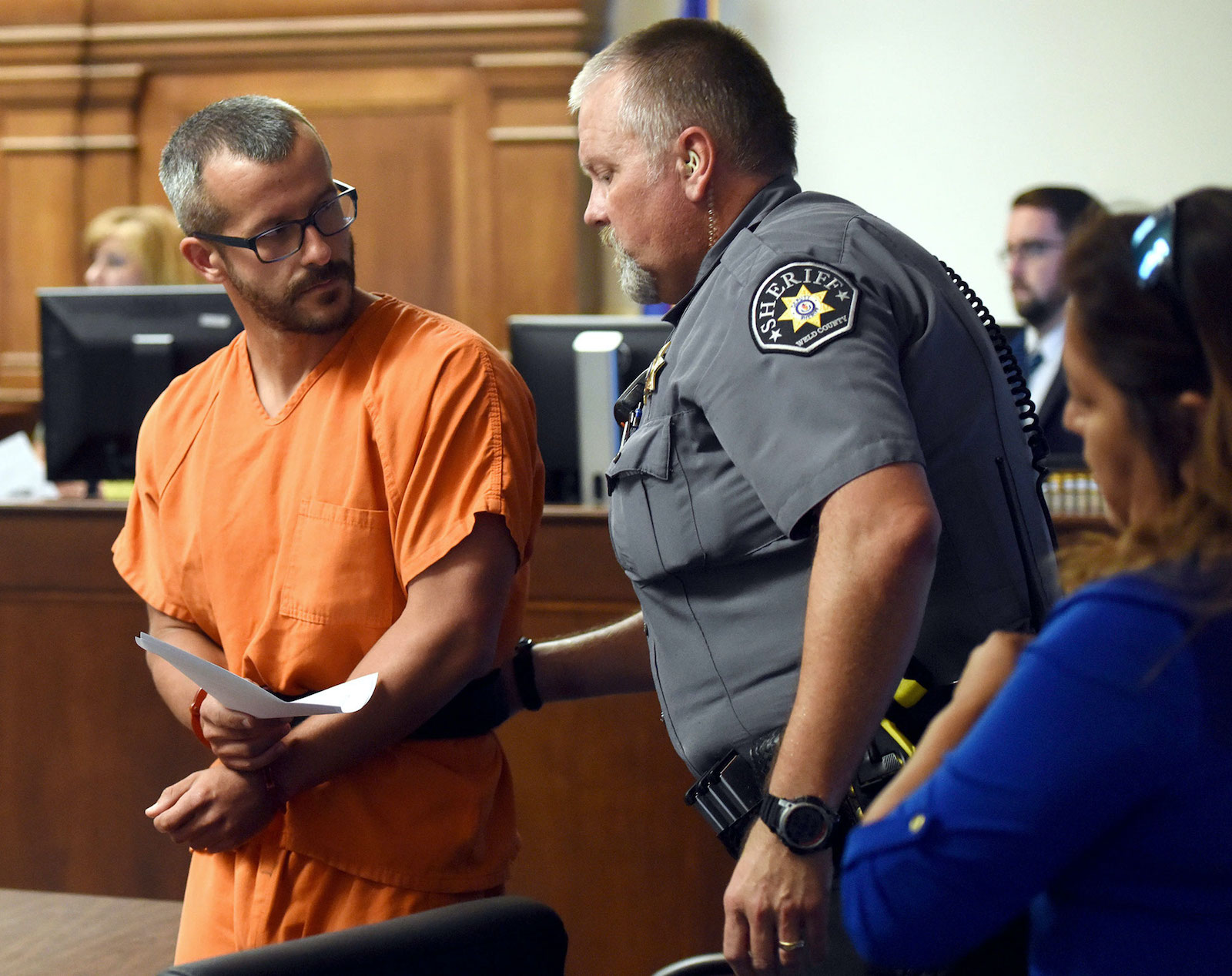 Watts’s parents claim they talk to Chris frequently. While they support their son, there isn’t a moment where they aren’t thinking of their grandchildren. The Watts explained, “There’s not one day that goes by that I don’t wake up with them on my mind, I go to sleep with them on my mind, I will never, ever get over this. It’s something that stays with you.”

The Watts claim their son has turned to religion while in prison, is heartbroken, and spends his day writing in his journal. Chris Watts’s father added their son was allowed to enter Dodge Correctional Institute’s general population and found a job but couldn’t elaborate further. 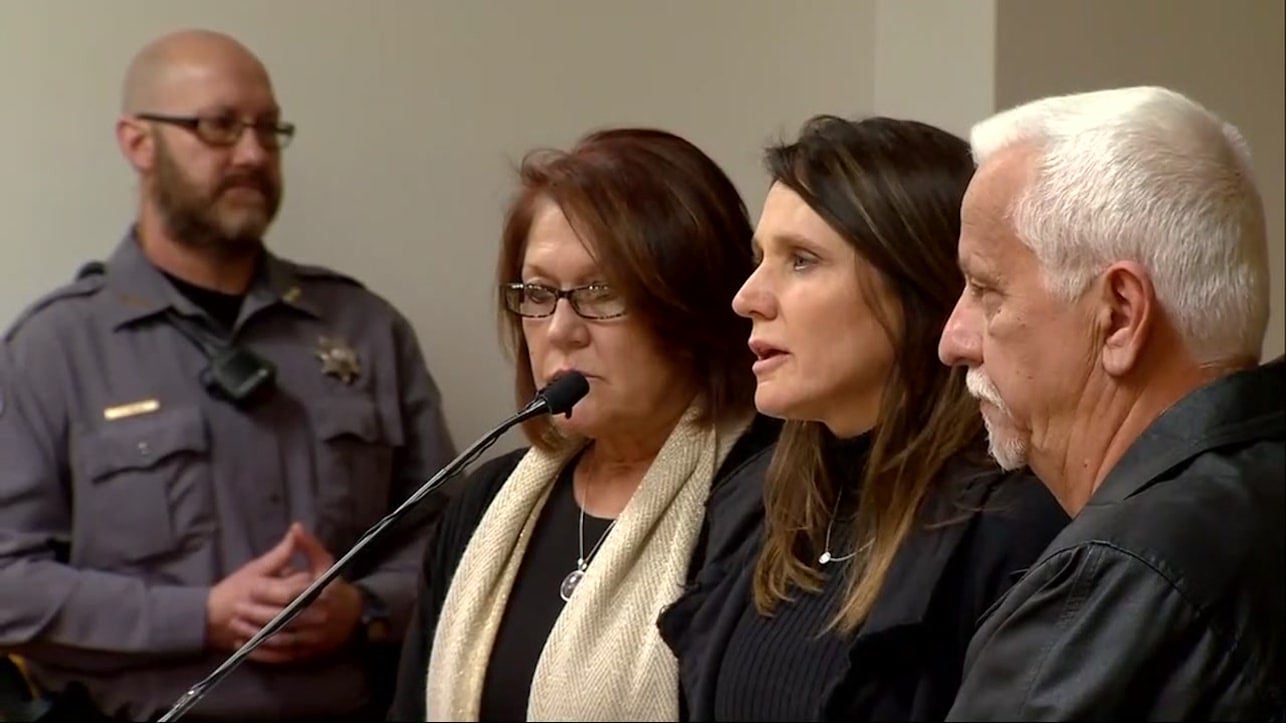 Chirs Watts is writing a lot, but not all in his journal. According to People Magazine, Watts is responding to fan mail. The source went on to explain, “Many of them are from women who thought he was handsome and felt compassion for him. He had nothing better to do, so he wrote them back. And he started having pen pals.”

The source also added the letters are frequent, and they have ramped up since Netflix released American Murder: The Family Next Door. Chris Watts isn’t receiving all fan mail. He also receives plenty of hate mail and letters from Christian groups praying for him.