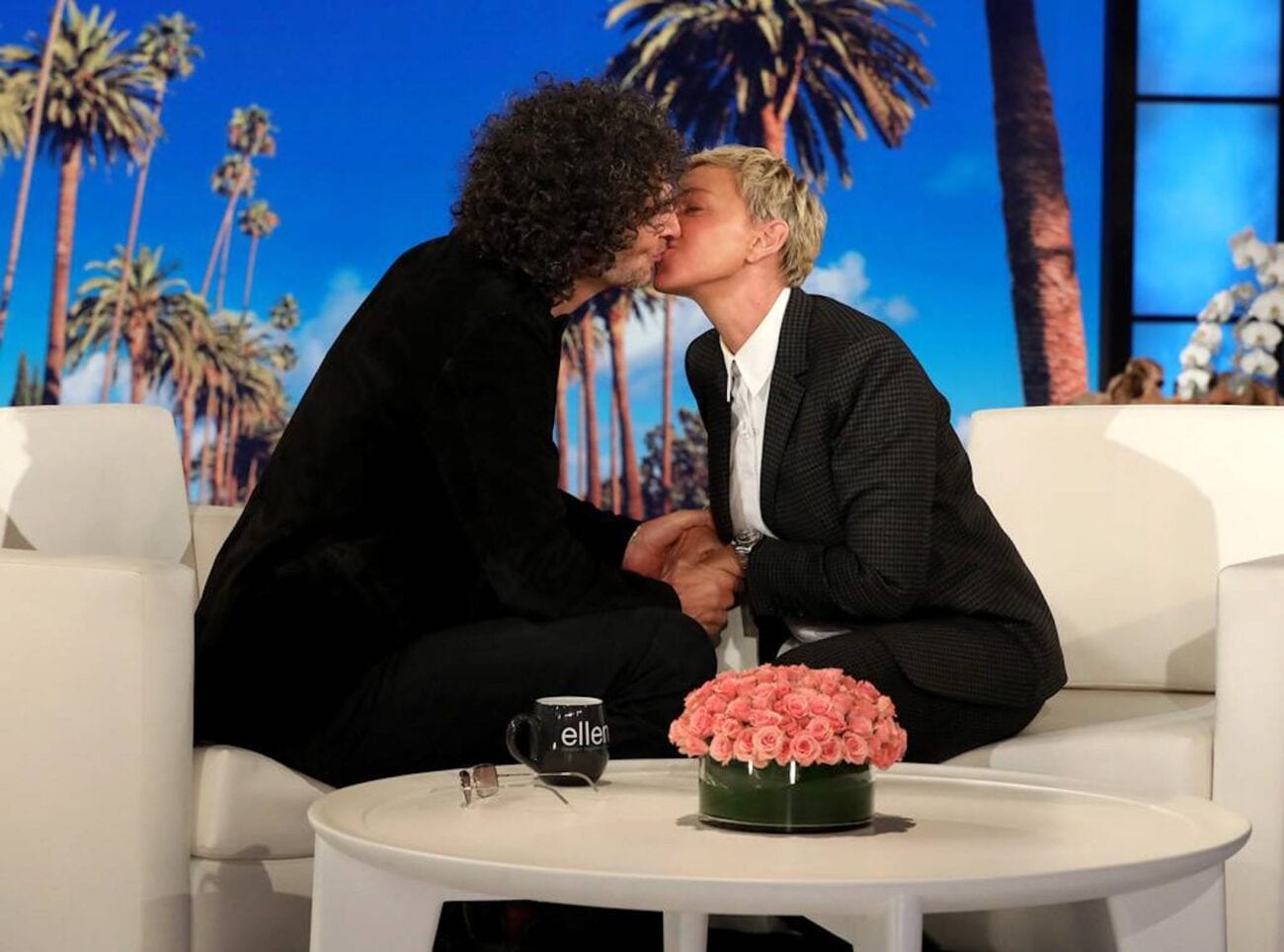 Have you ever seen a talk show where celebrities struggle to nail that cancerous rhythm with the host? In such a pressure-filled scenario, it must be an extraordinary feat to keep it cool and deliver charming lines. No one likes being on the spot – even those constantly in the spotlight.

There’s no doubt that it’s even harder to maintain that perfect energy when the talk show host is a legit bully. Talk show host Ellen DeGeneres has come under a wave of intense scrutiny – countless people coming out about her tremendously mean nature. The Ellen DeGeneres Show is even under a workplace harassment investigation – the workplace atmosphere is supposedly considerably toxic.

Despite these tricky circumstances, some celebrities on The Ellen DeGeneres Show have been able to hold their ground. Throwing some serious shade, these celebrities have called DeGeneres out on her own show. 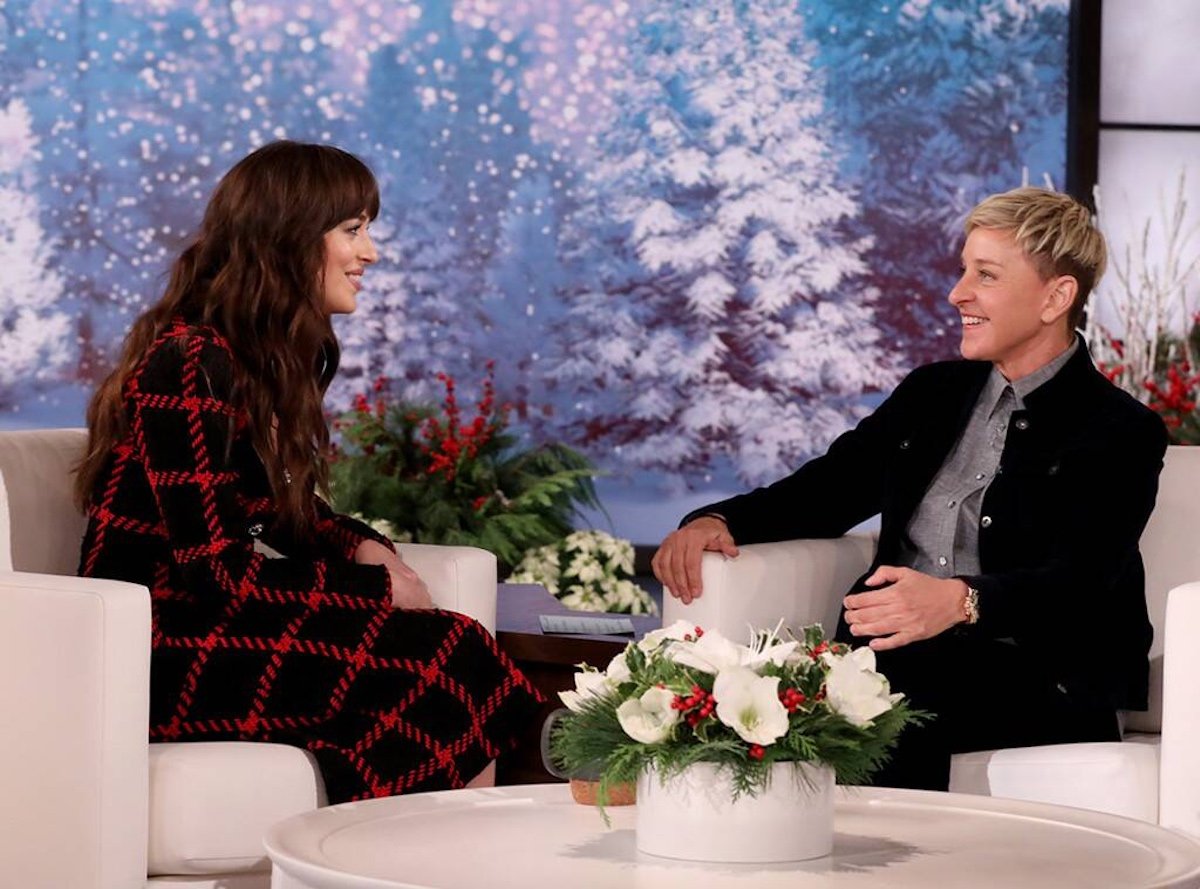 A classic Ellen Show moment happened when Dakota Johnson decided not to take DeGeneres’s crap. Ellen had joked about not being invited to Johnson’s birthday party which was flat out untrue. Johnson then informed DeGeneres that she was invited live on her show.

Apparently Ellen had no recollection of being invited – pointing to her crew to find her an excuse who said she was “out of town.” She then rudely said she had “that thing”. Ellen actually admitted that she did remember the invitation – but was just obviously skipping it.

Johnson was having none of it – even telling Ellen that she was pretty sure Ellen didn’t like her right to her face. She also flat-out roasted Ellen when she said her favorite comedian was Tig Notaro – not Ellen. For obvious reasons. 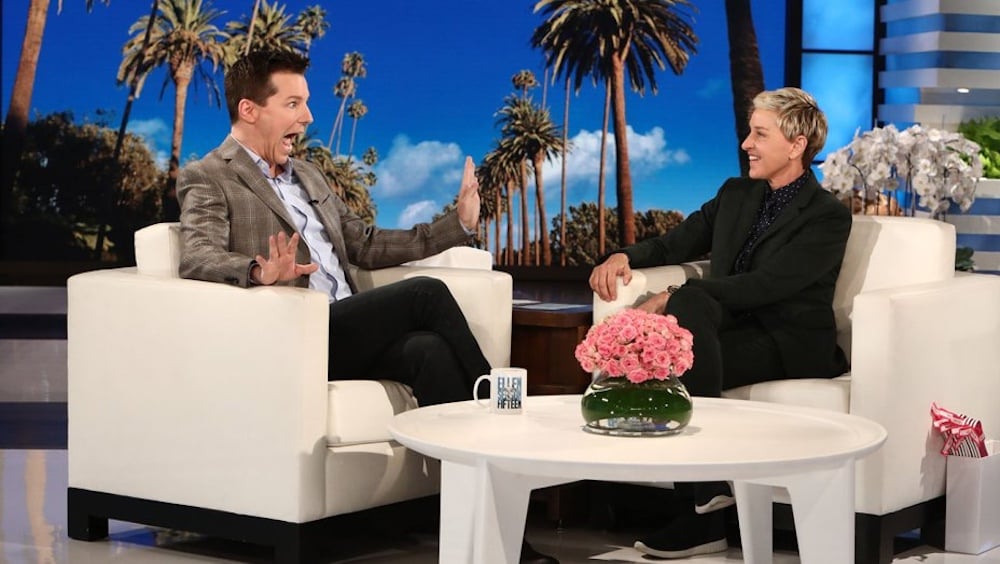 Ellen loves to take jabs at people when she interviews them – hit them in their weak spot. When she tried this with Sean Hayes, however, it didn’t end well for her. He was too quick-witted for her mean antics.

When Ellen started talking about Haye’s show Will & Grace and rudely asked how long the series was on before it got cancelled. Delivering a legendary zinger, Hayes responded, “I think it was longer than your sitcom.” Best burn ever. 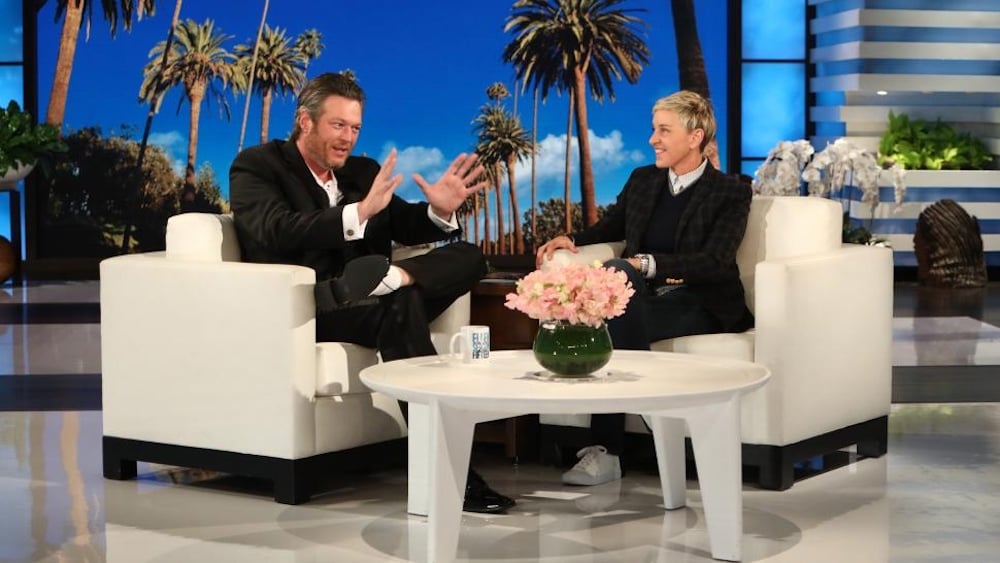 As a part of some weird gimmick, Blake Shelton was given a clock at one point when he appeared on The Ellen DeGeneres Show. When Shelton returned for another interview, Ellen brought up the clock and – oh boy – there was some strange stuff going on with that clock. Shelton just flat out explained it, saying:

“But you didn’t give it to me. I walked backstage and somebody back there was like, ‘Hey, thanks for being on the show. Can I have that?’ And they took it.” 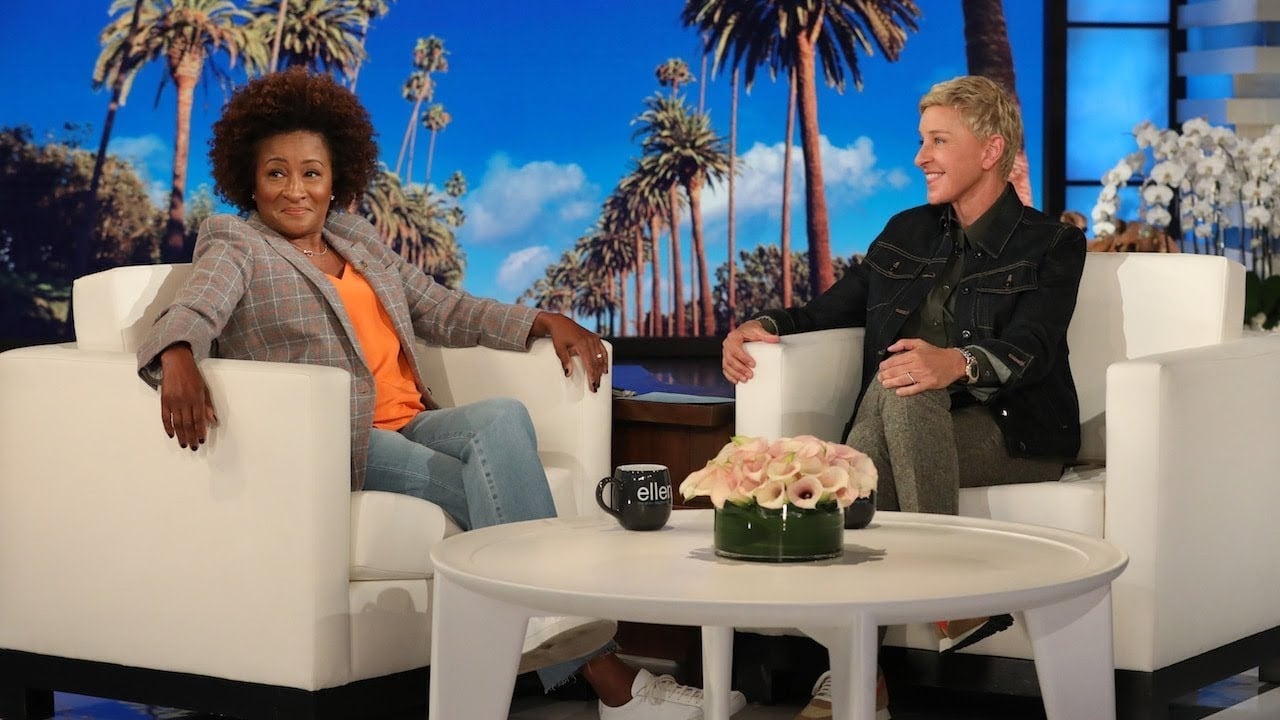 While many of Ellen’s guests are immediately put on the defense, Wanda Sykes decided to hop on the offense. Ellen was caught totally off guard when Sykes made fun of her for having an incredibly weak comedy “tour” – even bring along a t-shirt of Ellen’s Relatable tour for proof.

Wanda Sykes roasted Ellen by revealing that four out of the seven dates of the Relatable tour were scheduled in Los Angeles. The other three dates were for San Diego, San Francisco, and Seattle – thus Ellen had only visited the West Coast. Ellen’s meager excuse was that she was “busy”. Nice one Wanda. 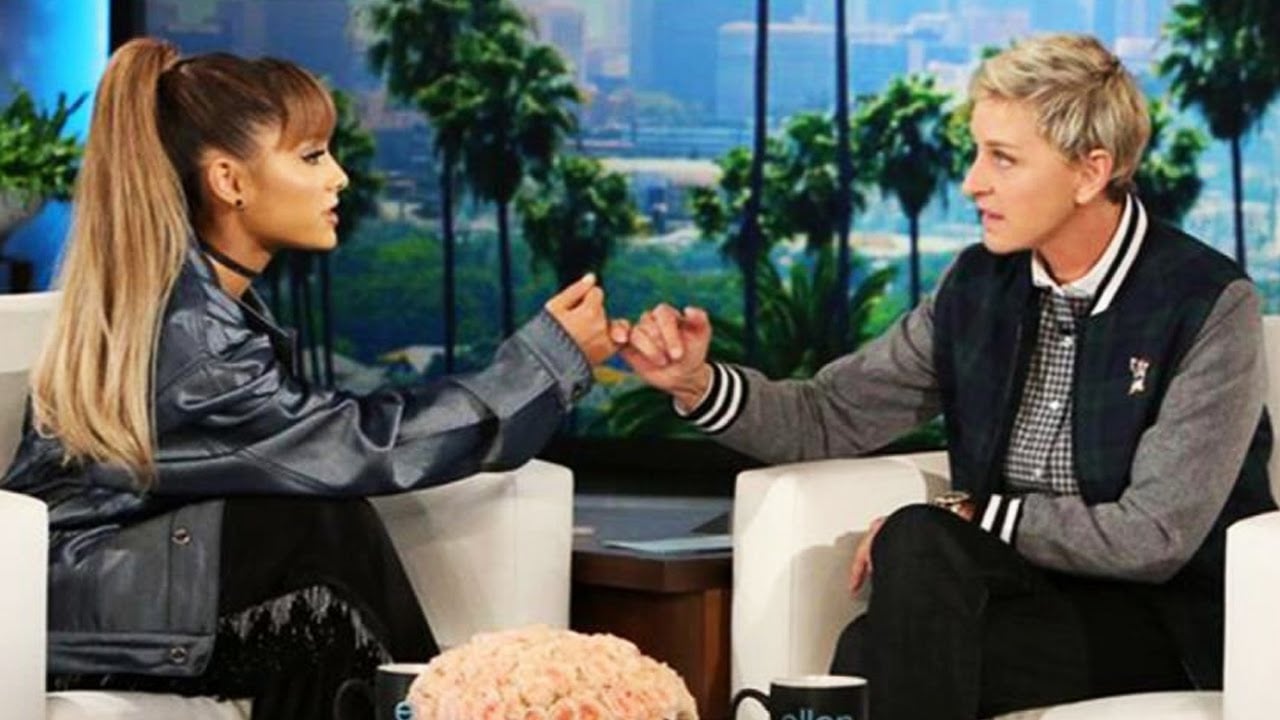 Why does Ellen think that it’s okay to bring up questions about the personal lives of the celebrities who come on her show? It’s constantly one of her talking points. She has done it to Taylor Swift infamously. But when Ellen tried to do that to Ariana Grande – Grande was not going to sit there and take it.

When DeGeneres started talking about Grande’s relationship with Mac Miller, Grande clearly looked affronted – not expecting the question at all. Instead of begrudgingly answering the question, Ariana decided to stop Ellen in her tracks. Ariana responded, saying, “This is so crazy, I’ve never had like the relationship talk on a show before.” 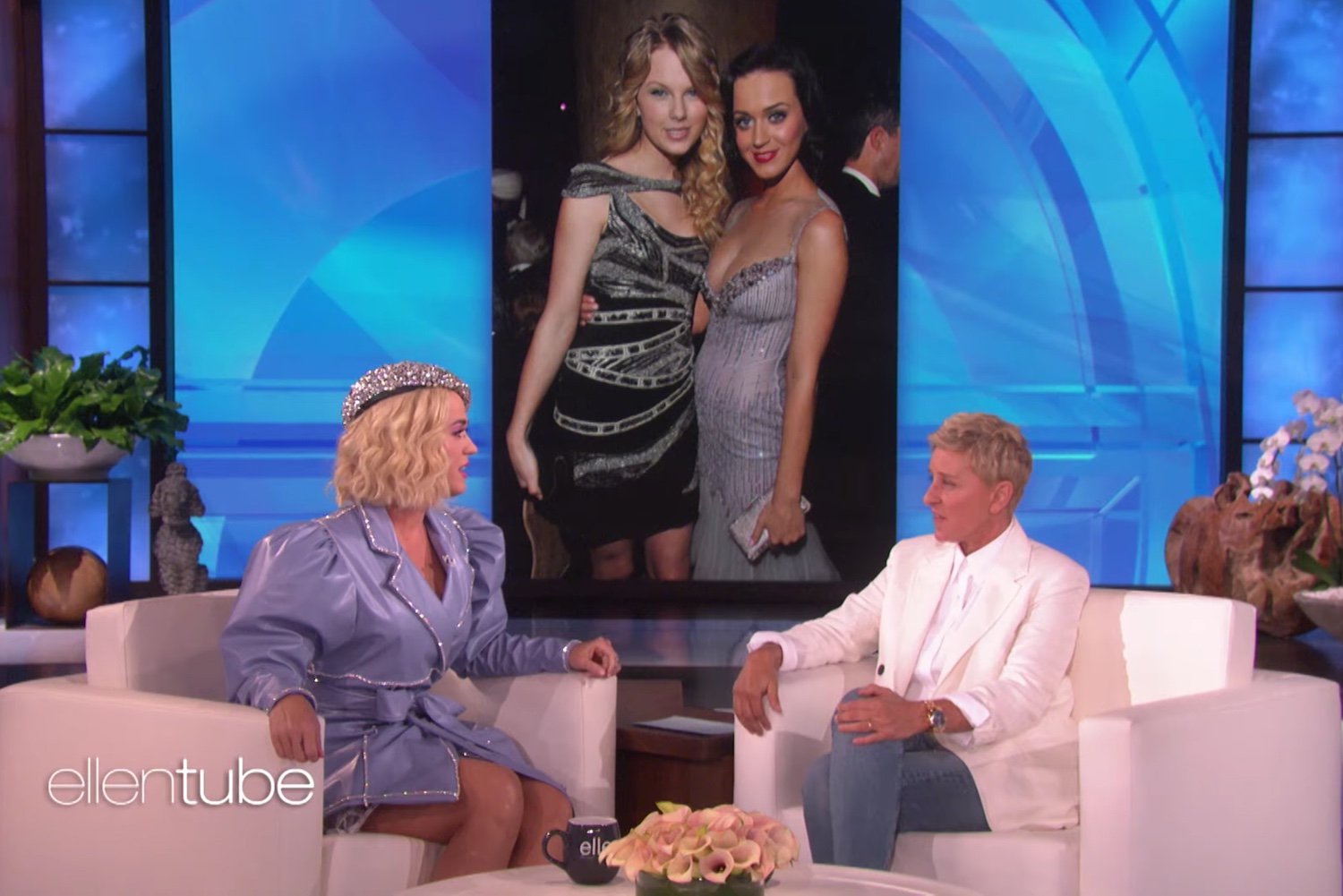 DeGeneres didn’t just forget about her invitation to Dakota Johnson’s birthday – she also repeatedly forgot that Katy Perry was married. Katy Perry had to remind Ellen on screen that she was married to Russell Brand in 2009. While Perry didn’t show that the question bothered her, she signaled to the camera – hinting that they should cut that part.

But that’s not the worst of it – DeGeneres actually gave Katy Perry a wedding gift that Ellen totally forgot about. The moment was totally awkward but Perry made sure to stick to Ellen by reminding her about the present. You go, girl.