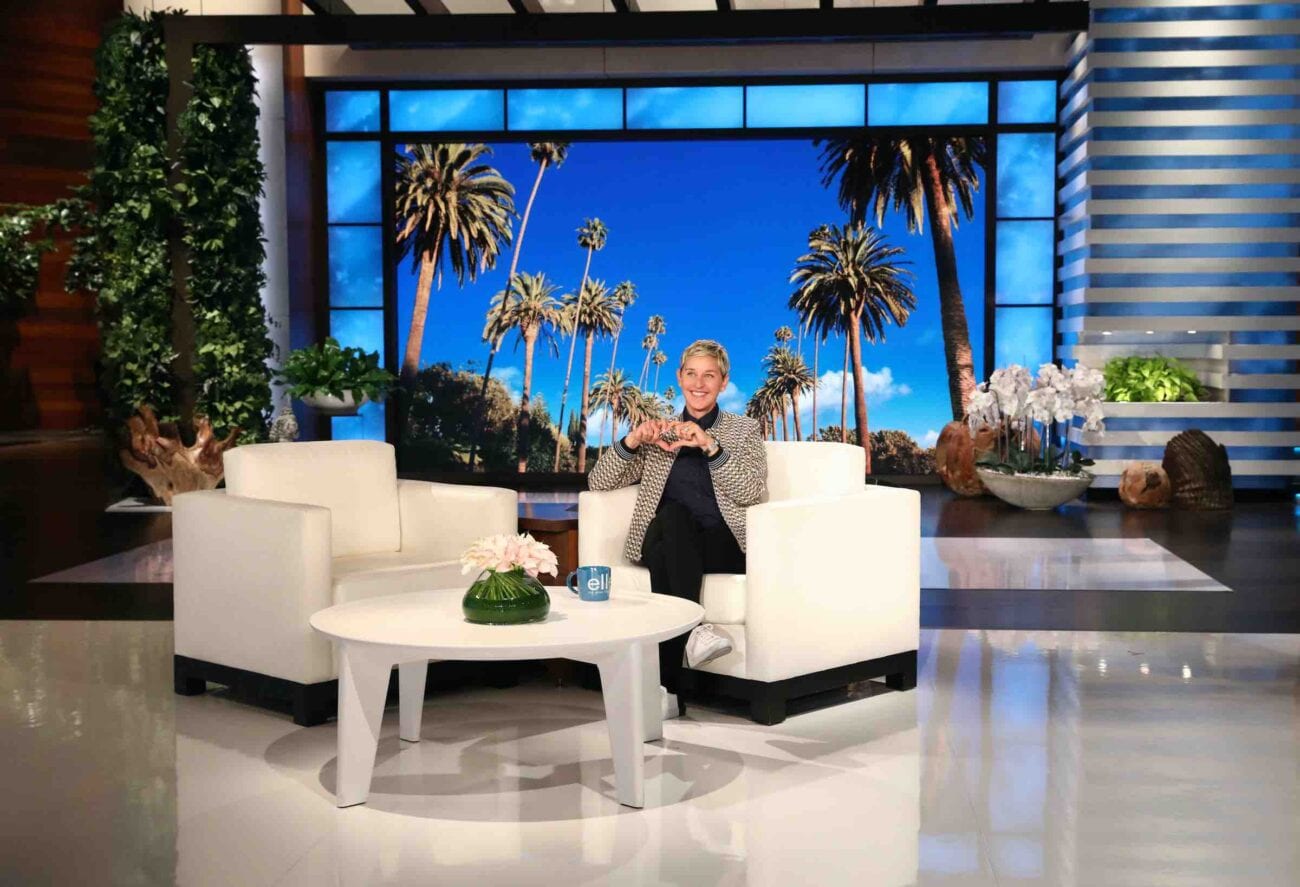 ‘The Ellen DeGeneres Show’: All the interviews making us cringe

Since its 2003 premier The Ellen DeGeneres Show has supplied us with a host of memorable interview moments – often for being cringey in their nature.

Even before anyone thought of Ellen as the new “Queen of Mean,” her celebrity guest stars have been subject to a whole host of interview pranks, embarrassing moments, and on-air drama. Let’s take a look at all the past interviews on The Ellen DeGeneres Show that are still making us cringe. 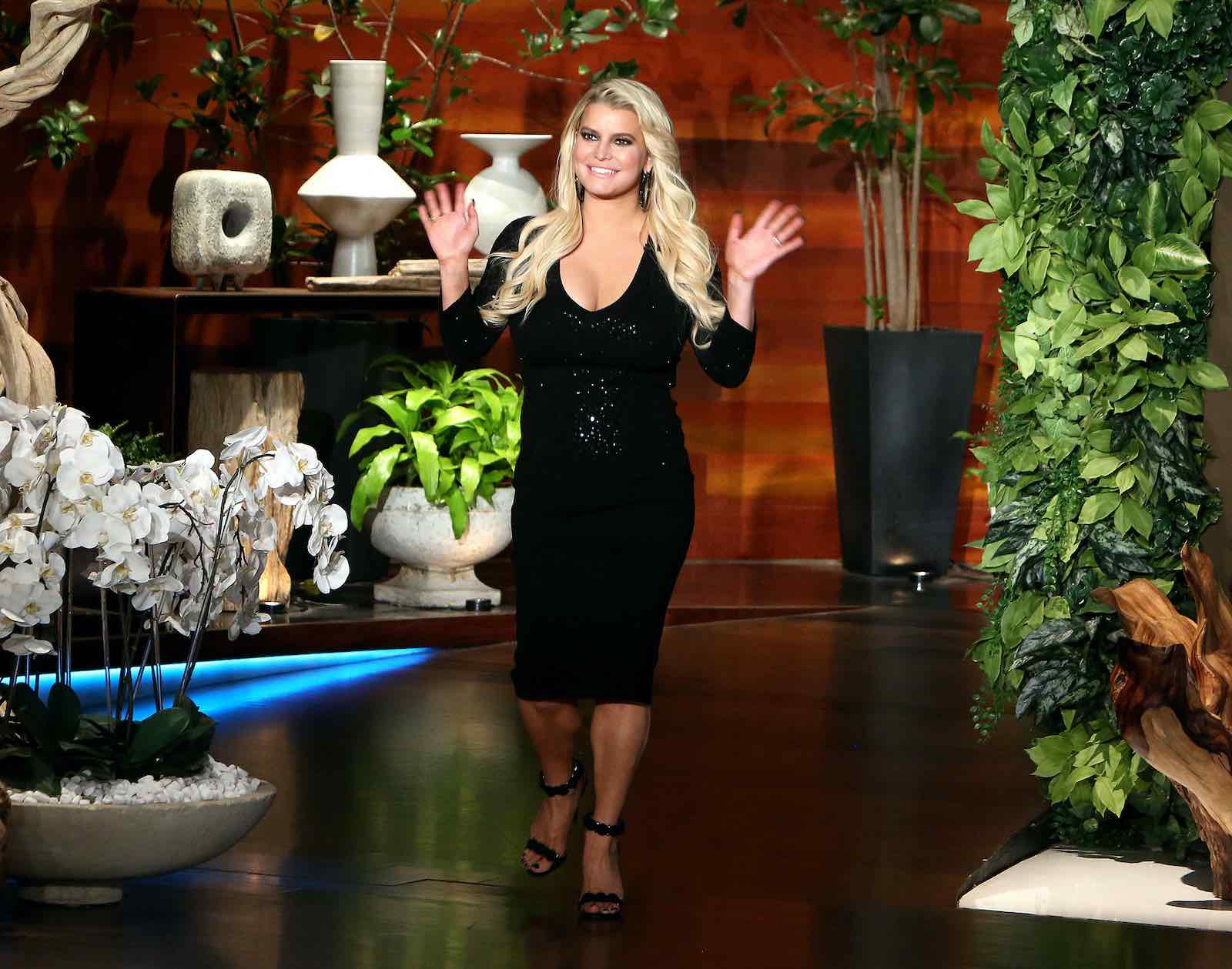 When Jessica Simpson made an appearance on The Ellen DeGeneres Show to discuss her latest music and fashion line, the conversation quickly veered off course.

Spacy and absent-minded Simpson seemed to struggle with the conversation, and was often seen staring off into the distance beyond Ellen’s questioning. Simpson went on a tangent of strange, vague answers and to the concern of us all, seemed genuinely unsure of what was going on at times. 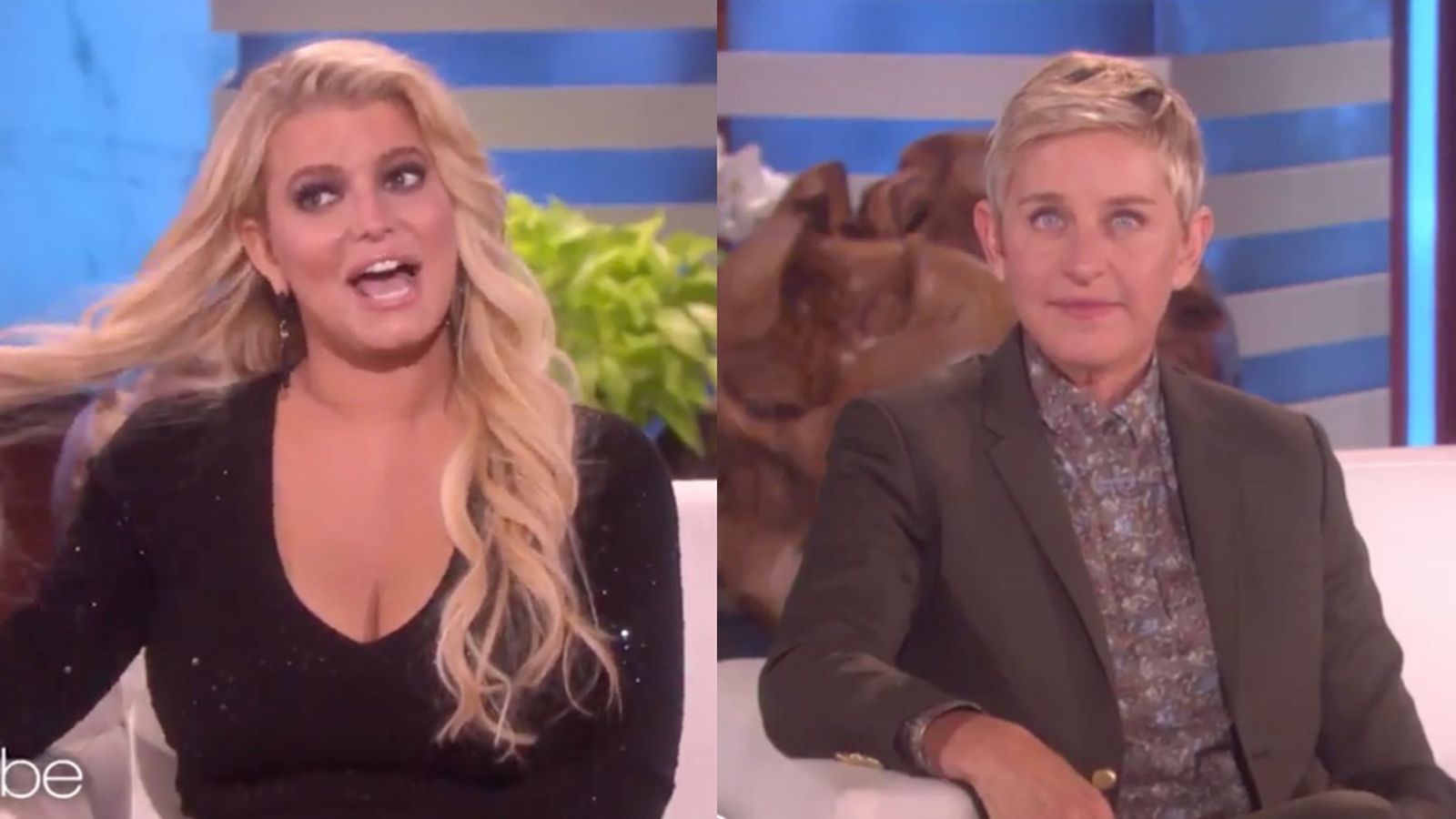 At one moment, Ellen asks Simpson about her product line: “You’re expanding right?” Simpson awkwardly draws out an answer, declaring her company is  “always expanding, there’s nothing out of reach for us.”

Reflecting back on this moment in 2020, Simpson admitted she was drunk during the interview and was actually struggling with alcohol addiction. Sad? Yes. Still cringey? Absolutely. 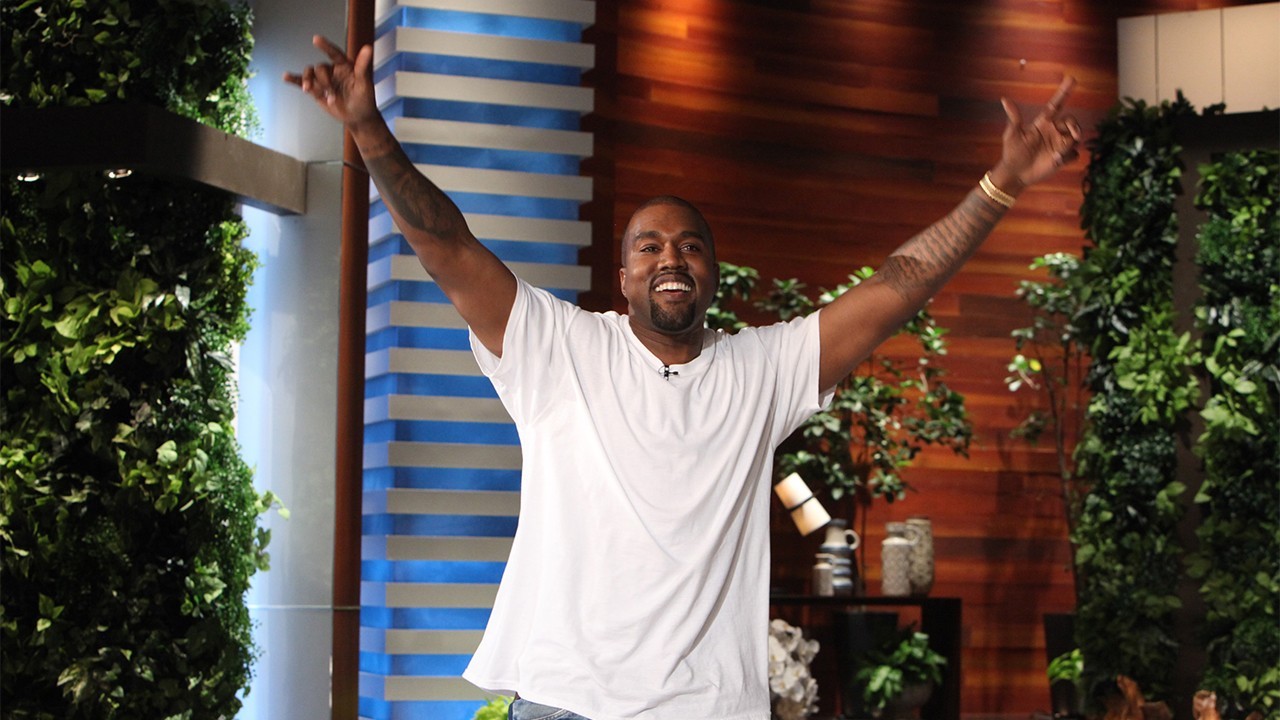 When you invite Kanye West to a show, you can only expect a genuine, if not unpredictable performance out of the man. This was apparently news to Ellen who seemed entirely unprepared to control this interview that became a Kanye takeover.

After Ellen asked about the nature of some of Kanye’s recent and controversial tweets, he confidently replied that he had absolutely no regrets, following up with “what’s the point of thinking?” 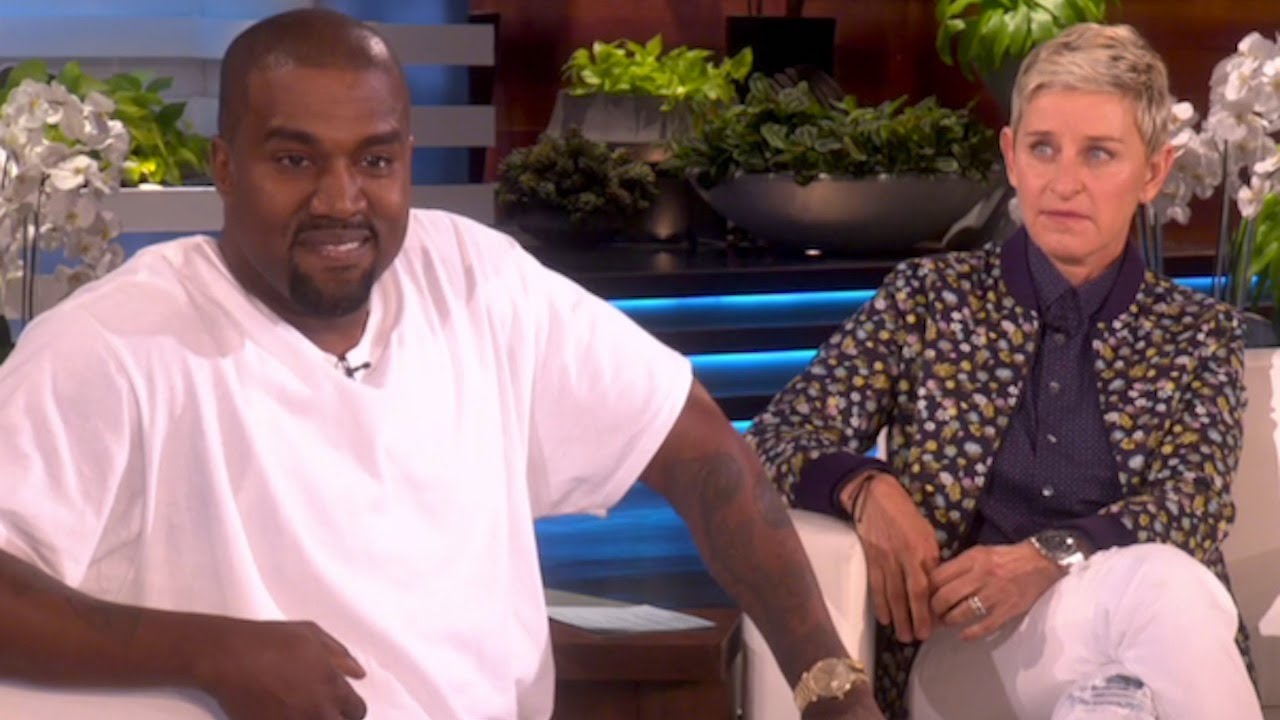 Before Ellen could even interject, what ensues is a five-minute monologue that saw our self-proclaimed “genius” profess about his amazing ideas, and how he can single-handedly improve the human race.

The Ellen DeGeneres Show studio itself was dead quiet, with a few hesitant claps after Kanye stared directly into the camera to “apologize” for “getting real.” 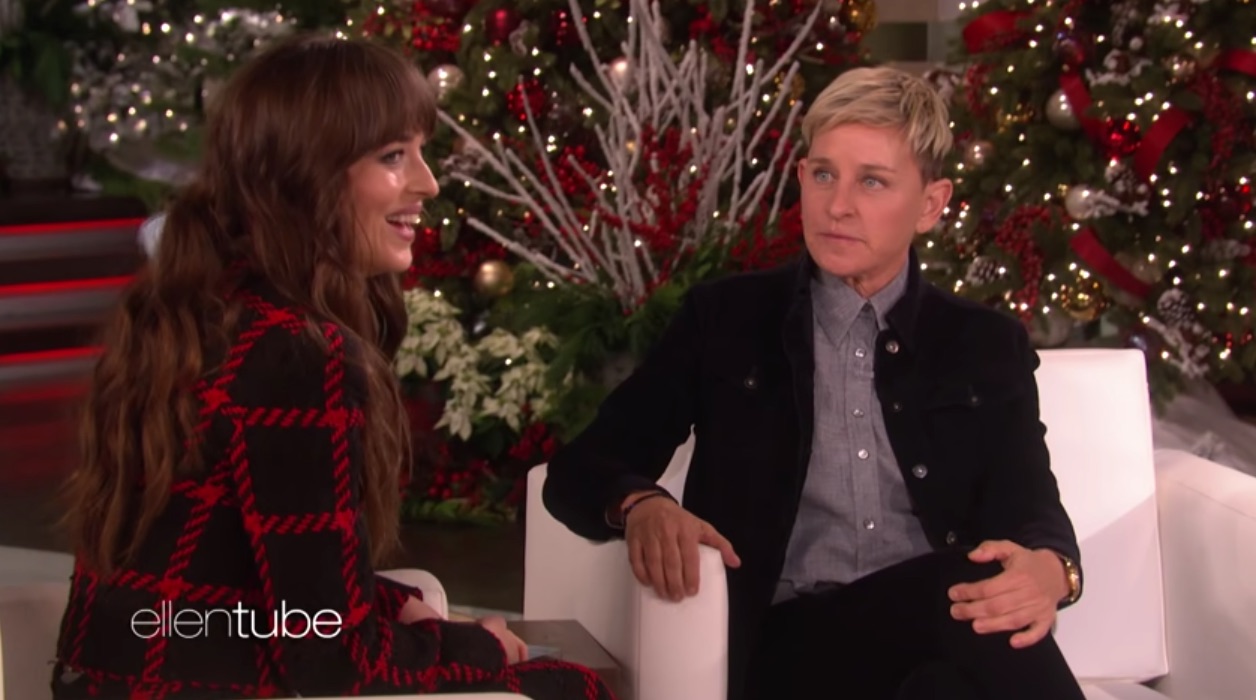 Ellen is not always the sharpest star in terms of her memory, and may have immediately regretted bringing up Dakota Johnson’s thirtieth birthday party when she came for a 2019 interview on The Ellen DeGeneres Show.

Ellen begins by asking how her party was, and proceeds to claim – in the style of an entertainer – she wasn’t invited. Johnson is quick to correct, ensuring that she invited Ellen. Ellen half-heartedly calls her producer to ask why she wouldn’t have gone, and with not-so-comedic timing, claims she remembered having “that thing” to do.

Having appeared to brush off the portion of the interview, Ellen begins to press-on and is caught off guard when Johnson admits “I didn’t even know you liked me.” The two end on a brief moment of cringey reconciliation. We doubt Dakota will be inviting Ellen to her next birthday party. 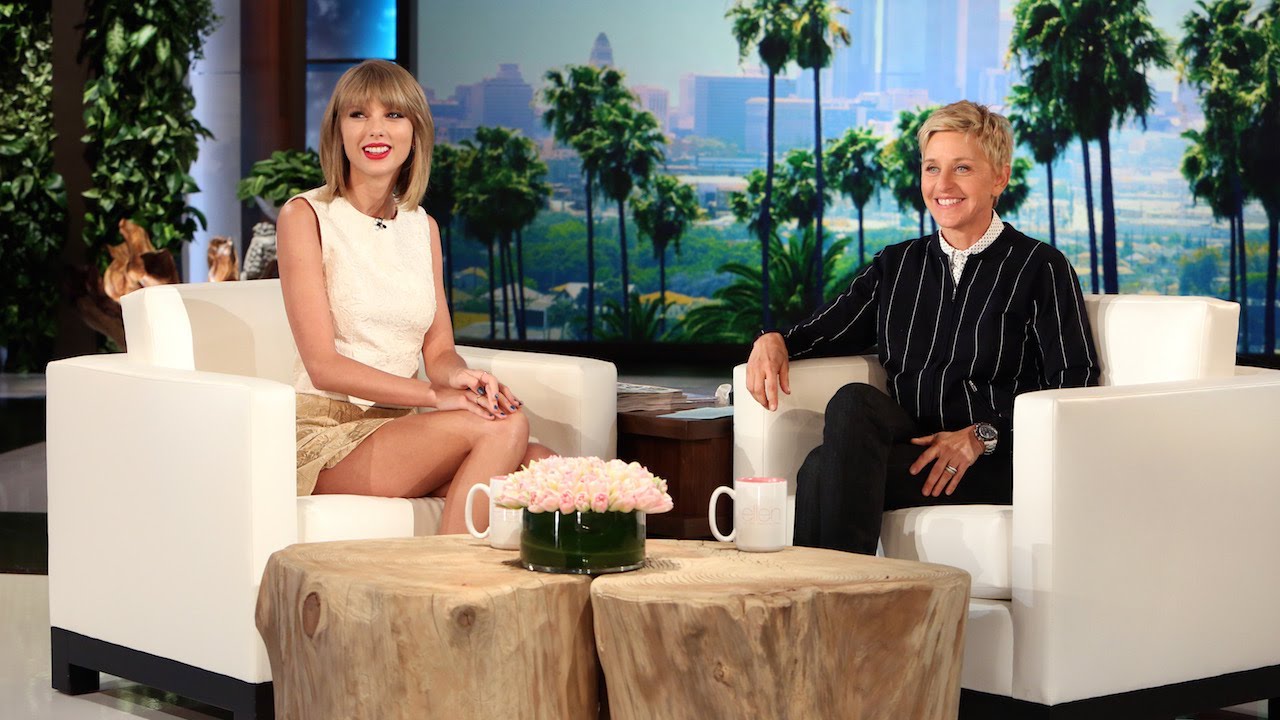 Taylor Swift is often mocked to be only as popular as her many boyfriends or the male subjects of her famous songs. But a 2013 appearance on The Ellen DeGeneres Show caused a lot of grief by trying to insinuate just that.

This cringey interview kicks off with Ellen trying to get Swift to admit she dated Zac Efron – a statement that Swift immediately brushes aside. Ellen then decides they will play a game that involves putting up images of all the men supposedly linked to Swift over the years, and having Swift ring a bell to confirm if the rumors were true or not. 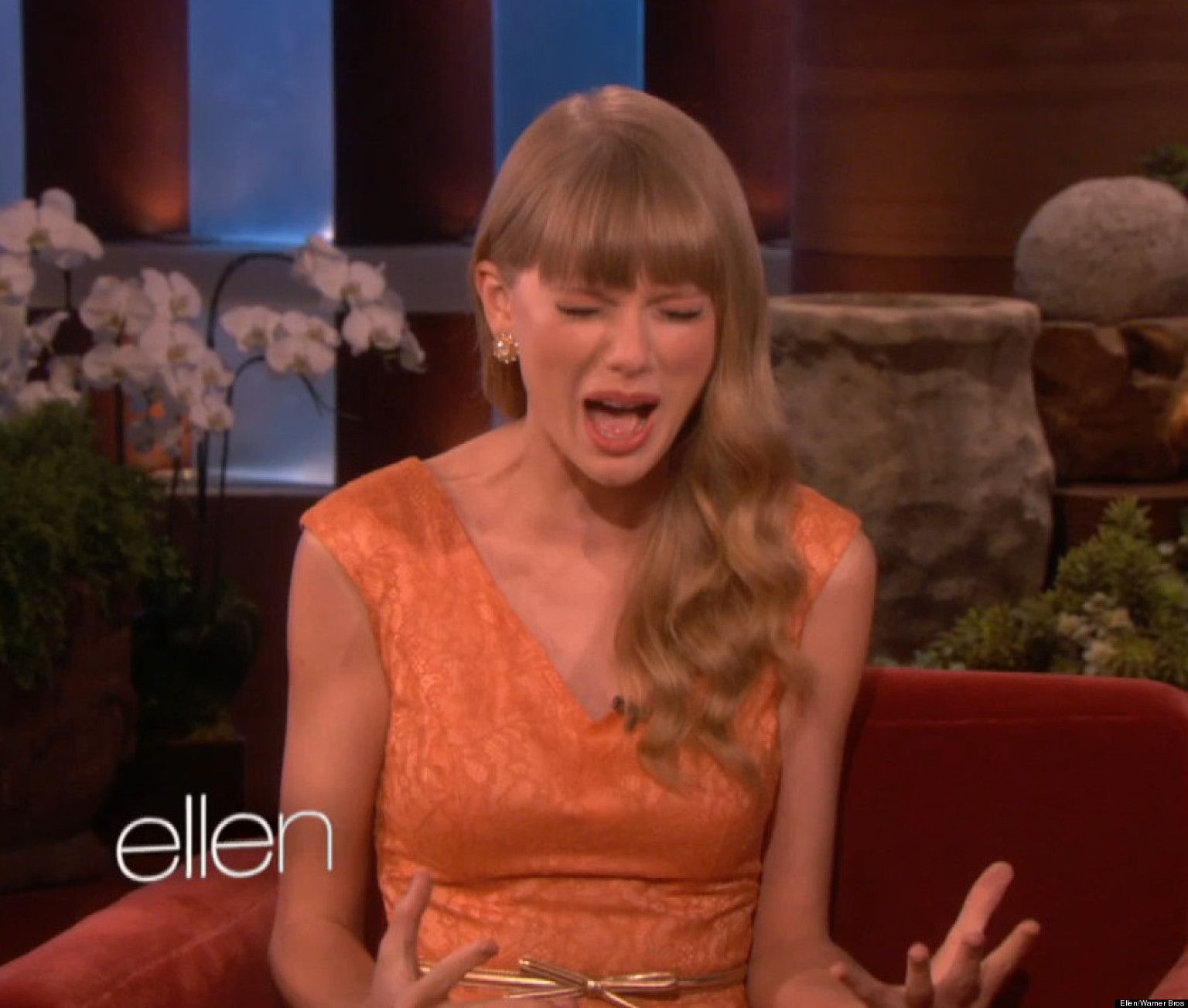 Immediately we can see that Swift is not having a moment of this embarrassing bit, so Ellen decides to keep the game going herself. After repeatedly expressing disinterest, Swift finally breaks, exclaiming “What are you doing to me?” and “it makes me feel so bad about myself.”

There is no doubt that Swift was visibly upset – even as we watched the cringey scene through our fingers. 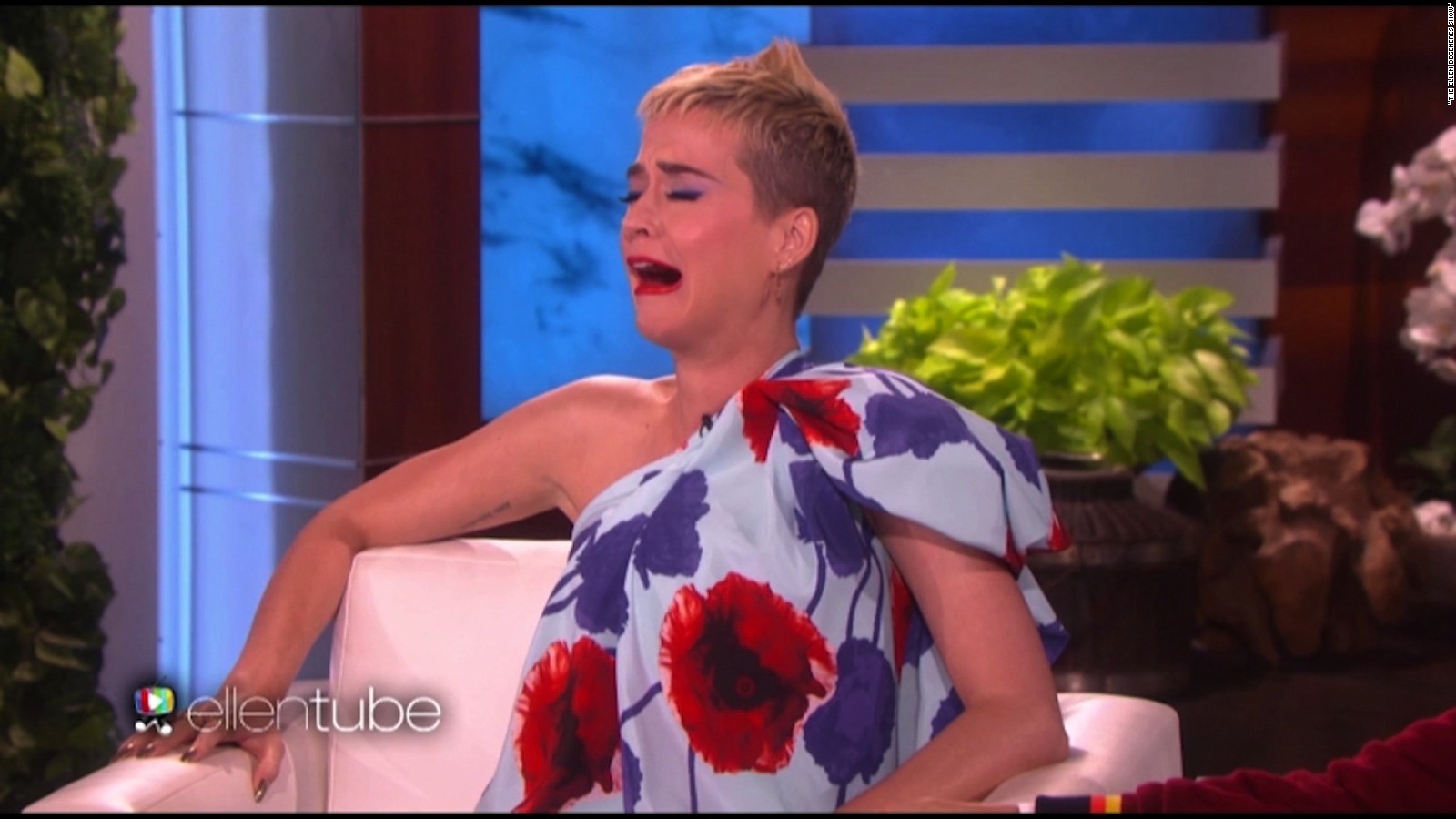 Ellen and Katy Perry are reportedly close friends, a statement that may surprise viewers after seeing a 2017 interview on The Ellen DeGeneres Show. The two played a game titled “Will you Perry Me?” aimed at finding Perry a future beau.

Perry responds by asking if Ellen really wanted her to have to be married (again), but Ellen adamantly denies that Perry was ever married. Perry is eager to move on from the conversation, but Ellen persists until Perry finally breaks to remind the host of her brief marriage to Russel Brand. 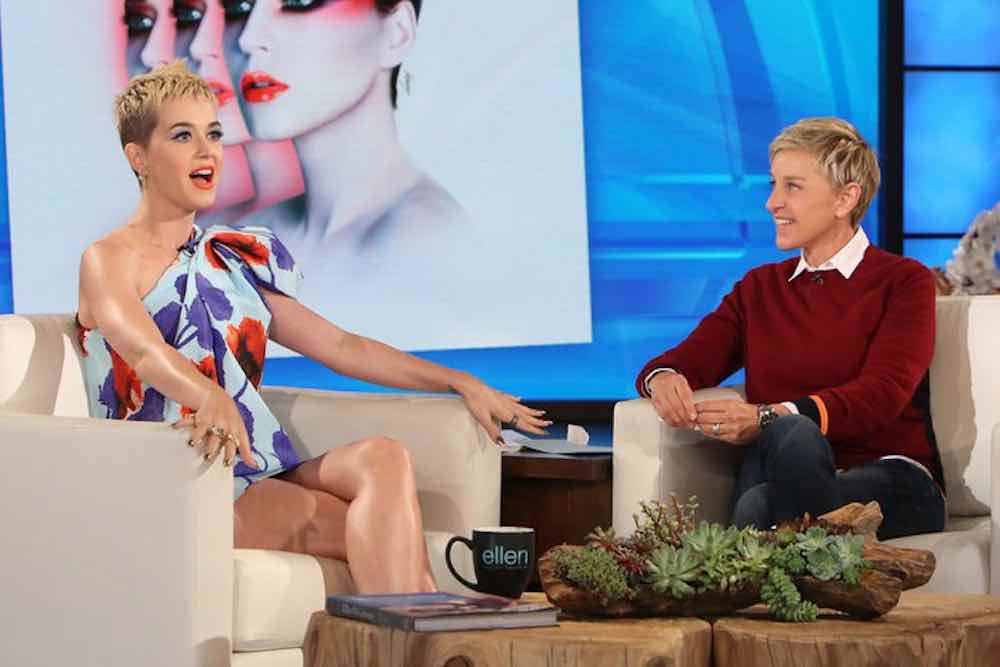 The couple were married for a short fourteen months, and the emotional toll from their divorce took a heavy emotional toll on Katy Perry, even years after it happened.

Distraught and embarrassed, Perry wants to move on from the convo, even half-heartedly asking Ellen if the segment can be cut out. She sarcastically – and correctly – answers her own question with a “yeah right.” 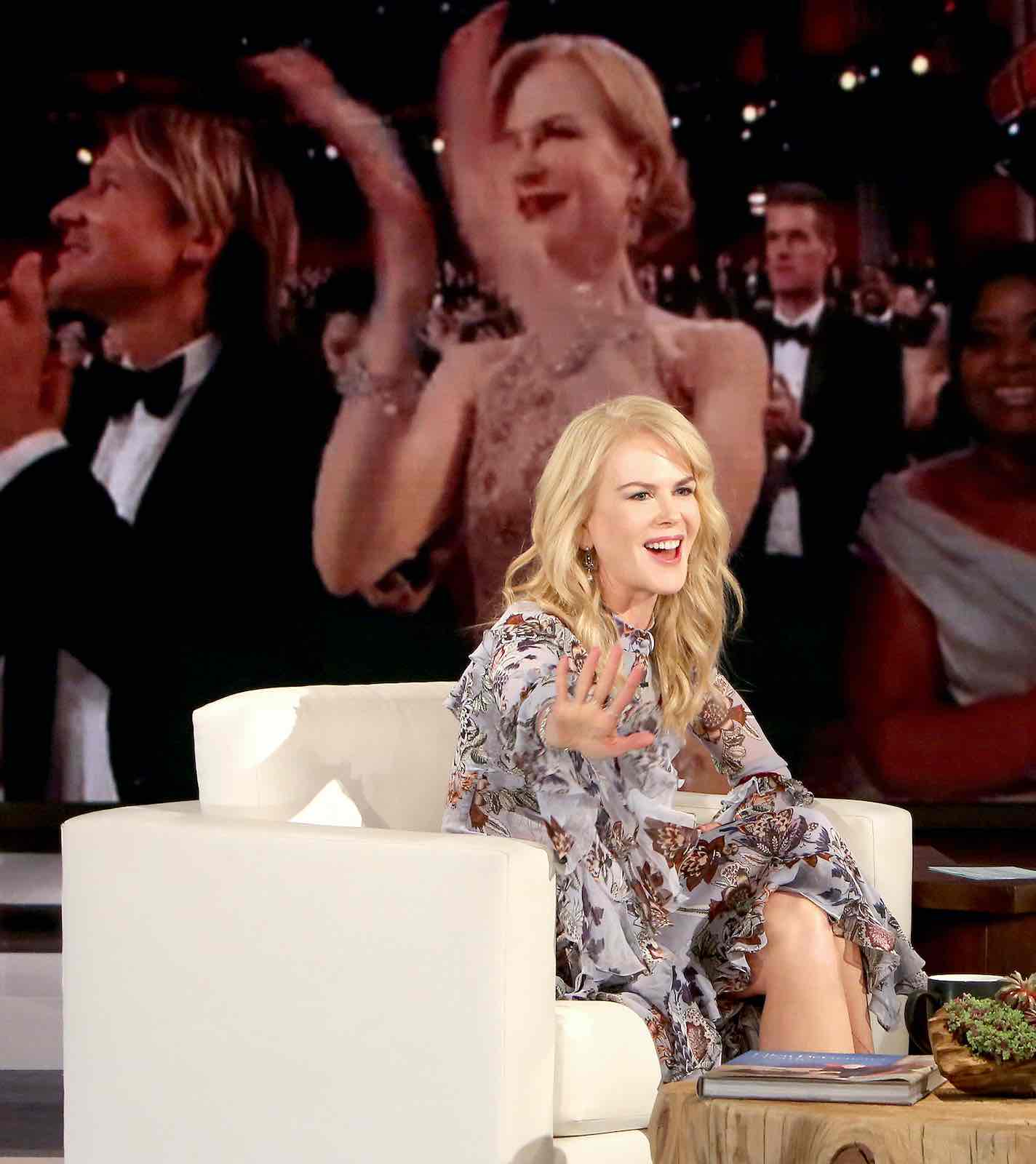 Ellen struck again when Nicole Kidman came to The Ellen DeGeneres Show, and once again took advantage of her large display screen for the pleasure of embarrassment.

On a video loop, the audience watches Kidman’s “clap seen ‘round the world” from the 2017 Oscars. While there was no scandal, Kidman’s bizarre clapping is reminiscent of some terrifying animation gone wrong. 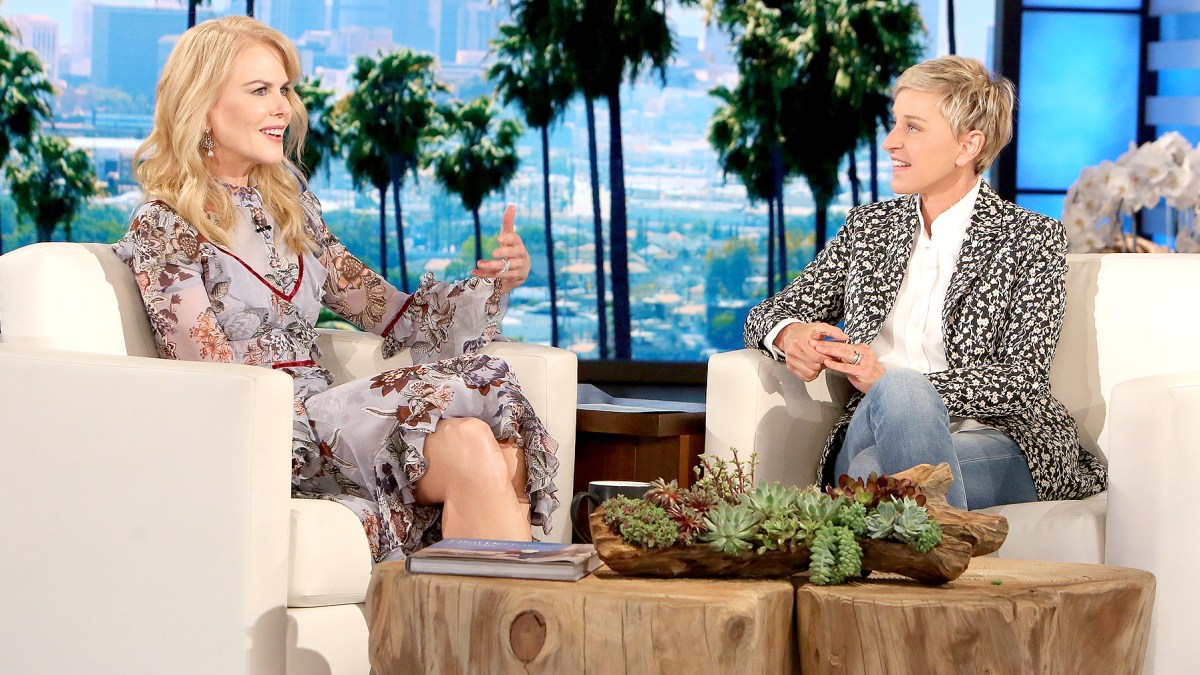 Looking as uncomfortable as one can trying to play along with the embarrassment, Kidman explains her odd clapping was due to the expensive jewelry she was wearing at the time, and that she had to return it without any damage.

Still prodding the matter, Ellen demands to see Kidman prove it and insists “Let’s see you clap right now, how do you clap?” We can assure you that none of us were clapping along at this cringe-worthy display.