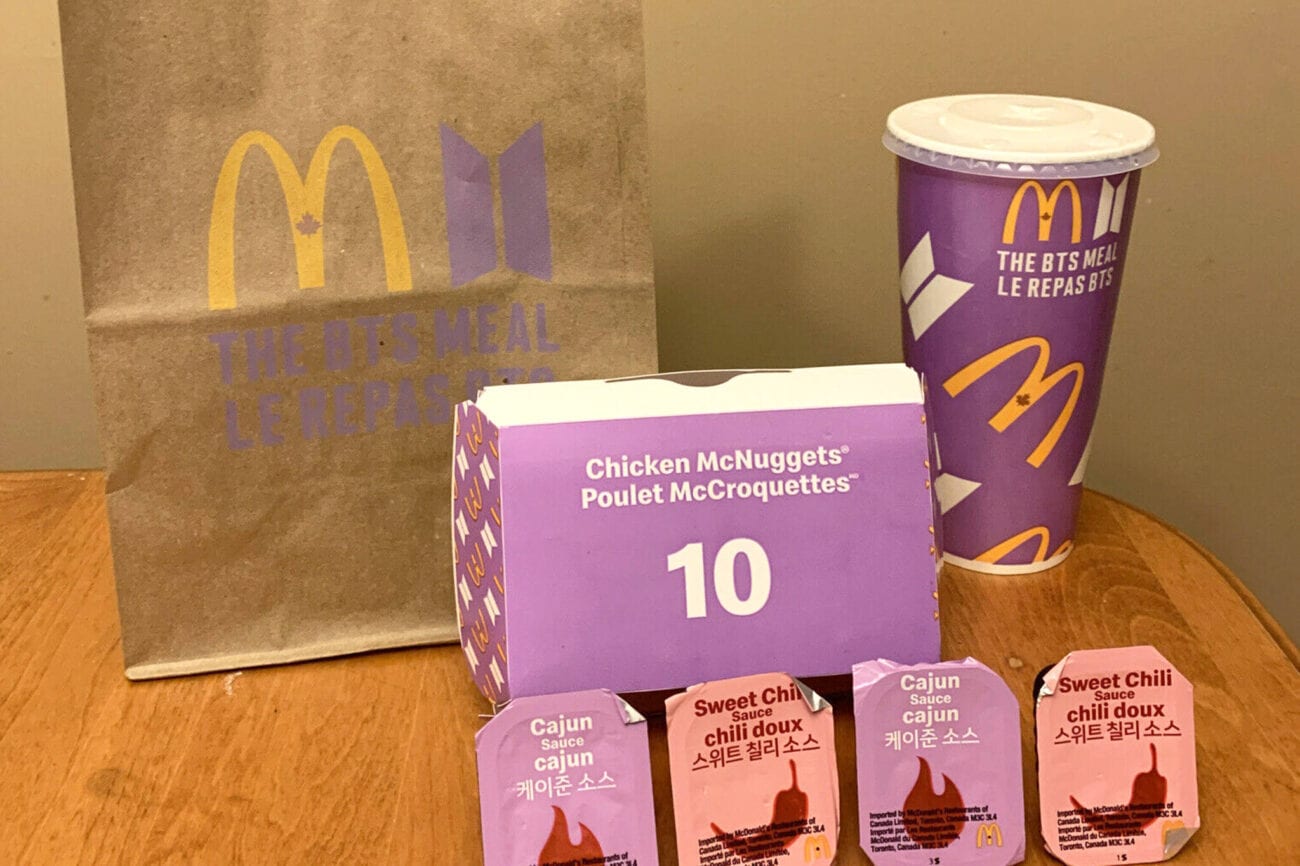 While some are participating in the “chicken sandwich wars” by taking the side of McDonald’s, others are playing it safe by sticking with the classics, such as a chicken mcnuggets, fries, and a coke combo. The best way to order them? The new signature BTS McDonald’s order, of course! Even better? Dip your chicken nuggets in a new cajun or sweet chili sauce, compliments of the BTS crew themselves.

However, while many are obsessed with the purple packaged order alone, others have taken this obsession over chicken nuggets to a whole new level, such as Singapore creative Josiah Chua, who turned this bright purple BTS theme into a signature shoe. Check them out!

if you can go leave some nice comments https://t.co/TVvdFdccnq pic.twitter.com/712sEHDz3H

Starting with a Nike Air Max Plus TN base, Chua perfectly cut & shaped panels from the chicken nuggets box and drink cup to create a mid-cut upper. The custom BTS sneaker also features a functional element with a holster to house the nuggets at the ankles and the special cajun and sweet chilli sauces attached to the lacing. Is this a joke? Likely. However, the ARMY is all in on this BTS swag. Care to learn more about this order?

If you’re unable to satisfy your McFlurry craving thanks to a broken ice cream machine, then why not check out the new BTS signature McDonald’s order? The new signature BTS order features the following: A ten-piece chicken McNuggets, a medium order of fries, a medium Coke, and a slew of sweet chili and cajun sauces inspired by South Korean McDonald’s menu items.

“We’re excited to bring customers even closer to their beloved band in a way only McDonald’s can, through our delicious food, when we introduce the BTS signature order on our menu next month,” Chief Marketing Officer of McDonald’s U.S. Morgan Flatley said in a statement to Business Insider when the company announced this exciting collaboration back in April.

The genius behind this marketing scheme is that McDonald’s is able to draw attention to their menu without having to actually add any new items, aside from an assortment of new sauces that are typically unavailable in the U.S. This is a unique way for brands to capture the excitement and trends of BTS without really having to spend any money on new products, a marketing strategy that’s been praised by top analysis in the field. 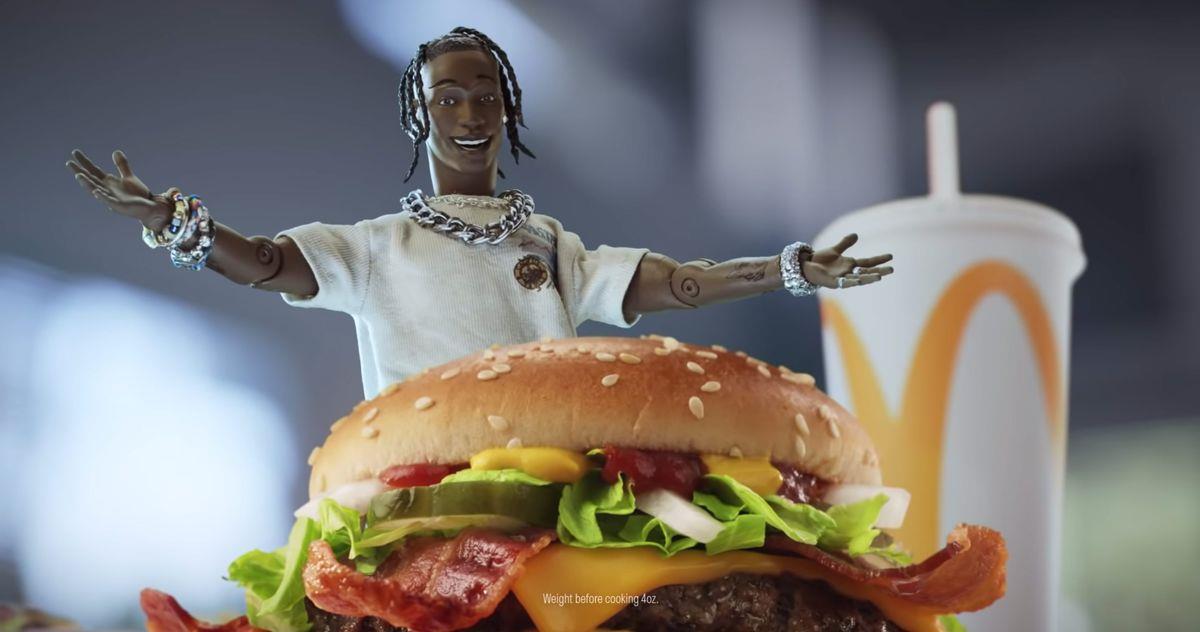 BTS isn’t the first celebrity promotion that McDonald’s has teamed up with to promote an exciting signature menu order. Previously, the house of Ronald McDonald linked up with rapper Travis Scott last fall to promote his signature order, which featured a quarter-pounder with bacon and lettuce, as well as a medium fry paired with a tangy BBQ sauce. Scott reportedly locked in nearly $20 million for the deal.

As well, McDonald’s also teamed up with J Balvin last October to roll out his own signature McDonald’s order, which featured a Big Mac, fries, and an Oreo McFlurry.

This strategy for McDonald’s is clearly clicking as it pertains to reaching its younger audience, making us lean toward the idea that McDonald’s pairing with celebrities to roll out signature orders isn’t likely to end anytime soon. After all, Gen Z loves to connect with today’s icons and celebrities, especially due to today’s TikTok videos and other social media trends that lend itself to this kind of exciting viral marketing.

What are your thoughts on the new BT s signature order from McDonald’s? Would you get a pair of those signature shoes if they were made available? Do you order chicken nuggets when you go to McDonald’s, or are you more of a Big Mac person? Comment below and let us know your thoughts