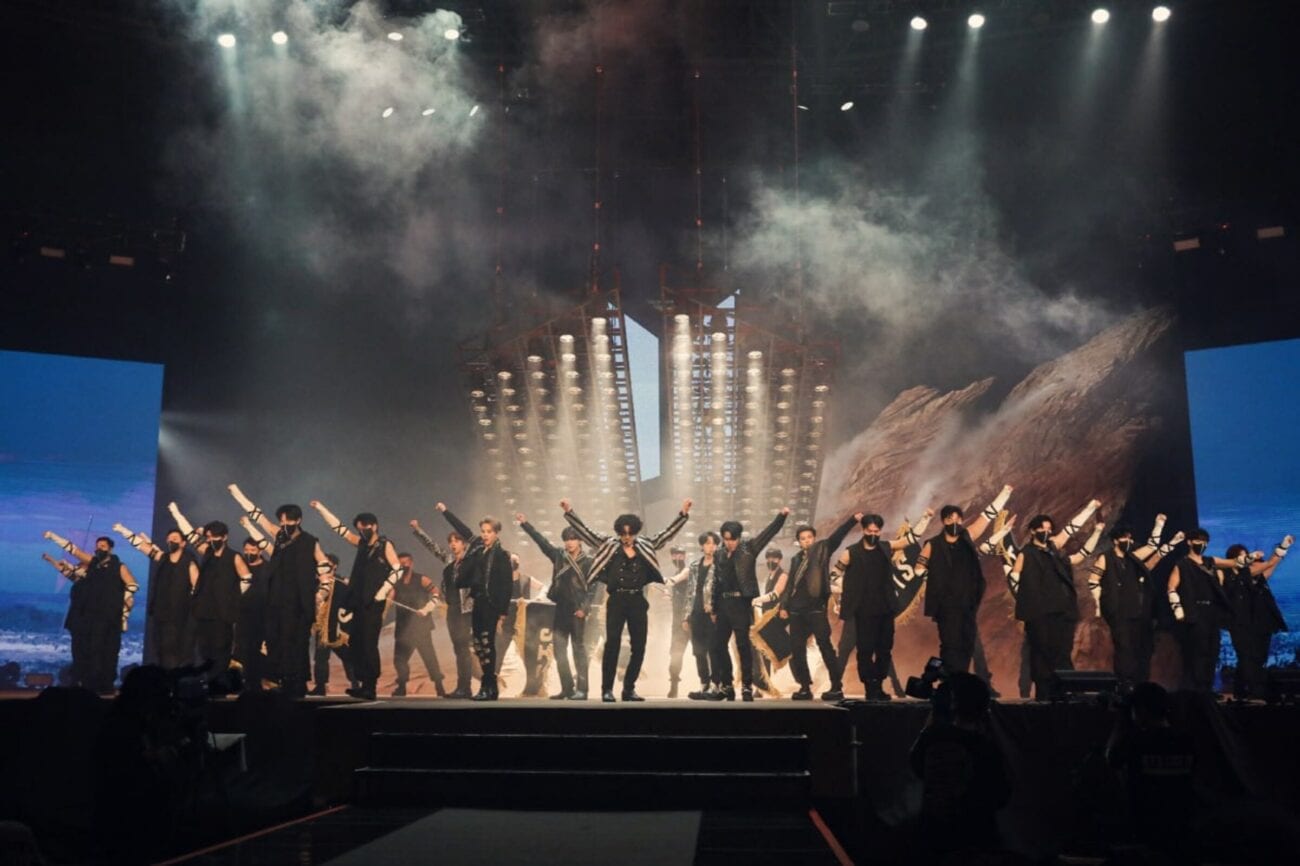 Can BTS revive live music? The best moments from their concert

We love concerts because of the blasting music, crowds of dancing people, and all the jumping up & down; however, due to the coronavirus pandemic, concerts haven’t exactly been the same.

In fact, concerts have turned over to the internet where performances can be watched from the comfort of your couch. Although online shows don’t come with all the chaos we love in concerts, they can still be fun & entertaining – just ask BTS fans yourself! 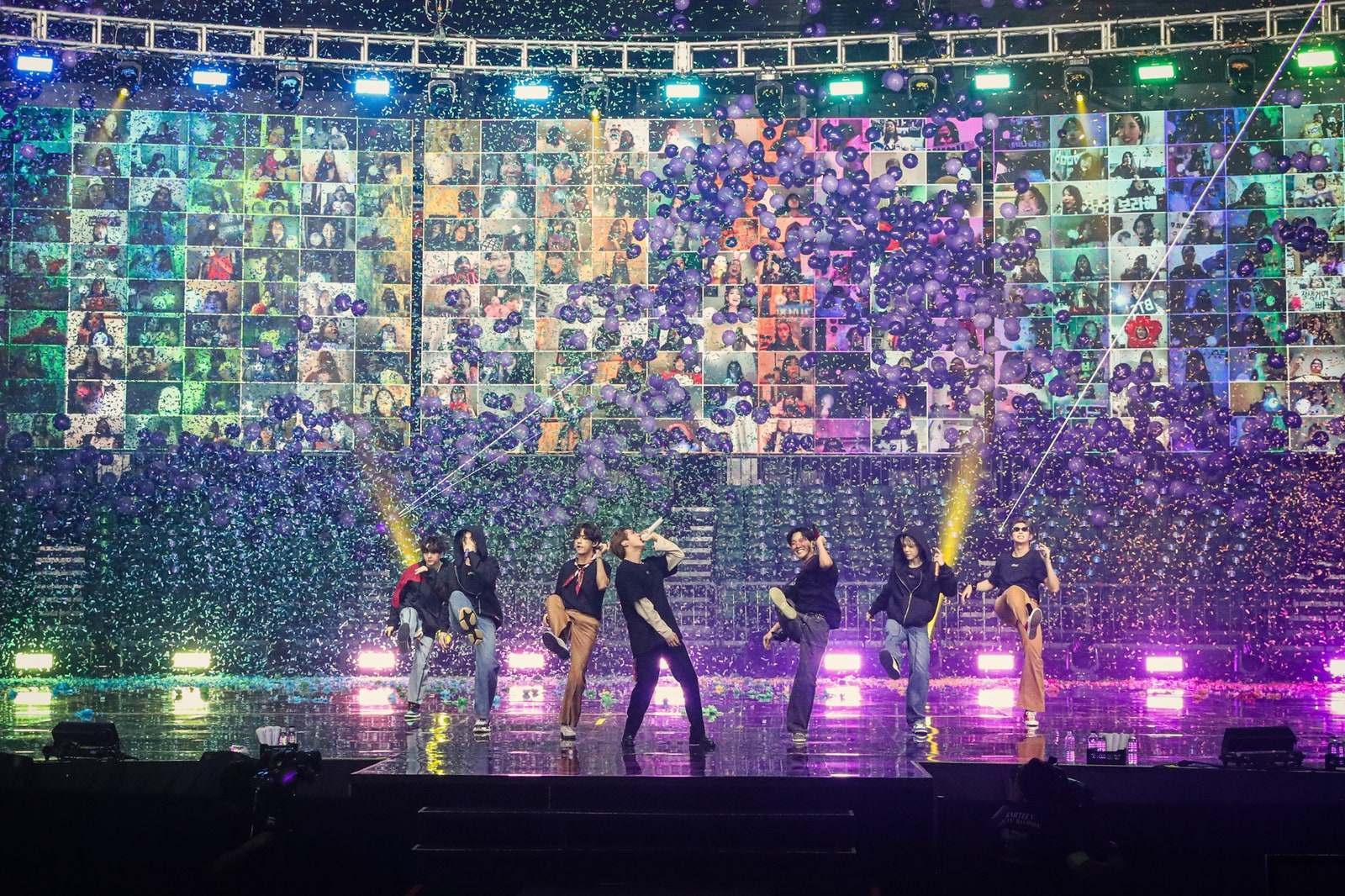 Paving the way to a brighter future

This past weekend, the K-pop sensation BTS performed a two-day online concert titled Map of the Soul ON:E. The concert was initially supposed to be performed in front of a limited audience; however, they had to scrap this plan due to the South Korean government’s tightened social distancing rules.

BTS managed to put on an epic performance showing live music through a virtual experience can be just as fun as an actual concert. “Their songs gave comfort in these tough times and made me a fan,” said An Ji-won after breaking down in tears as she watched the show.“They sing to say everything will be OK and to cheer up, which I think is why all fans around the world love them.”

Jin told fans the concert’s setlist and preparation had been more than a year in the making. Let’s take a look at some of the most memorable from Map of the Soul ON:E. 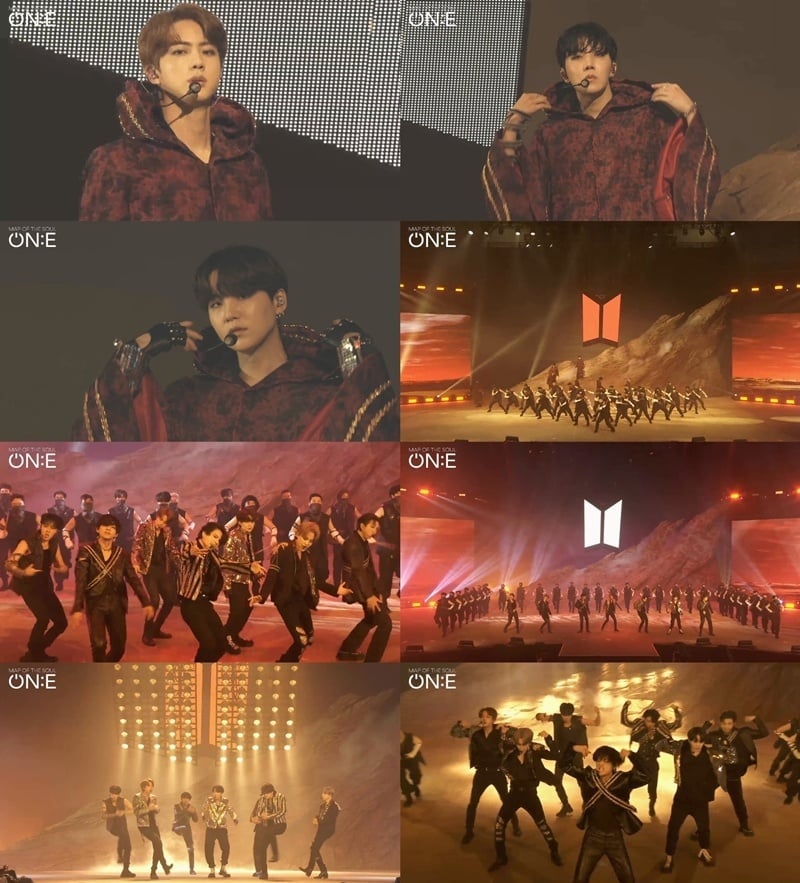 Each BTS member had a solo performance throughout the concert. In Map of the Soul: 7, BTS’s album, each musician sang a song that embodied both their musical aesthetic and the image they present to ARMY. Their personalities were highlighted with their costumes & choreography, making every song unique & special.

To kick off the concert, “President Kim Nam-joon,” aka band member RM, rose to the podium during “Intro: Persona” to say some motivational words. ARMY have been using this nickname for years to describe member RM’s penchant for motivational speeches & comforting lyrics. RM sang “Persona”with a literal flaming mic to reference how powerful his words are when he speaks. 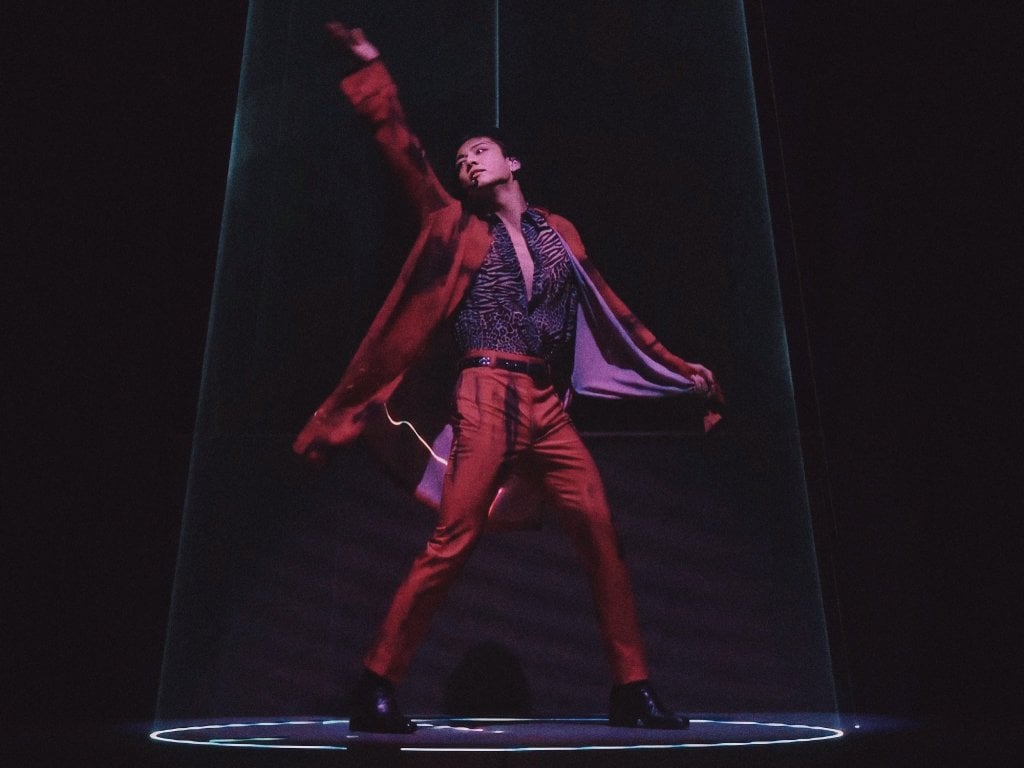 During Jungkook’s performance, he sang “My Time” while giving us some fierce dance moves; Jin sang his lighthearted “Moon” while incorporating imagery from the book The Little Prince; Jimin sang “Filter” while making impressive rapid outfit changes as he played with illusion & perception; V gave us an emotional performance as he sang “Inner Child” to a real-life child doppelgänger; J-Hope sang the fun & vibrant“Ego.”

Every member of BTS was celebrated in each individual performance. 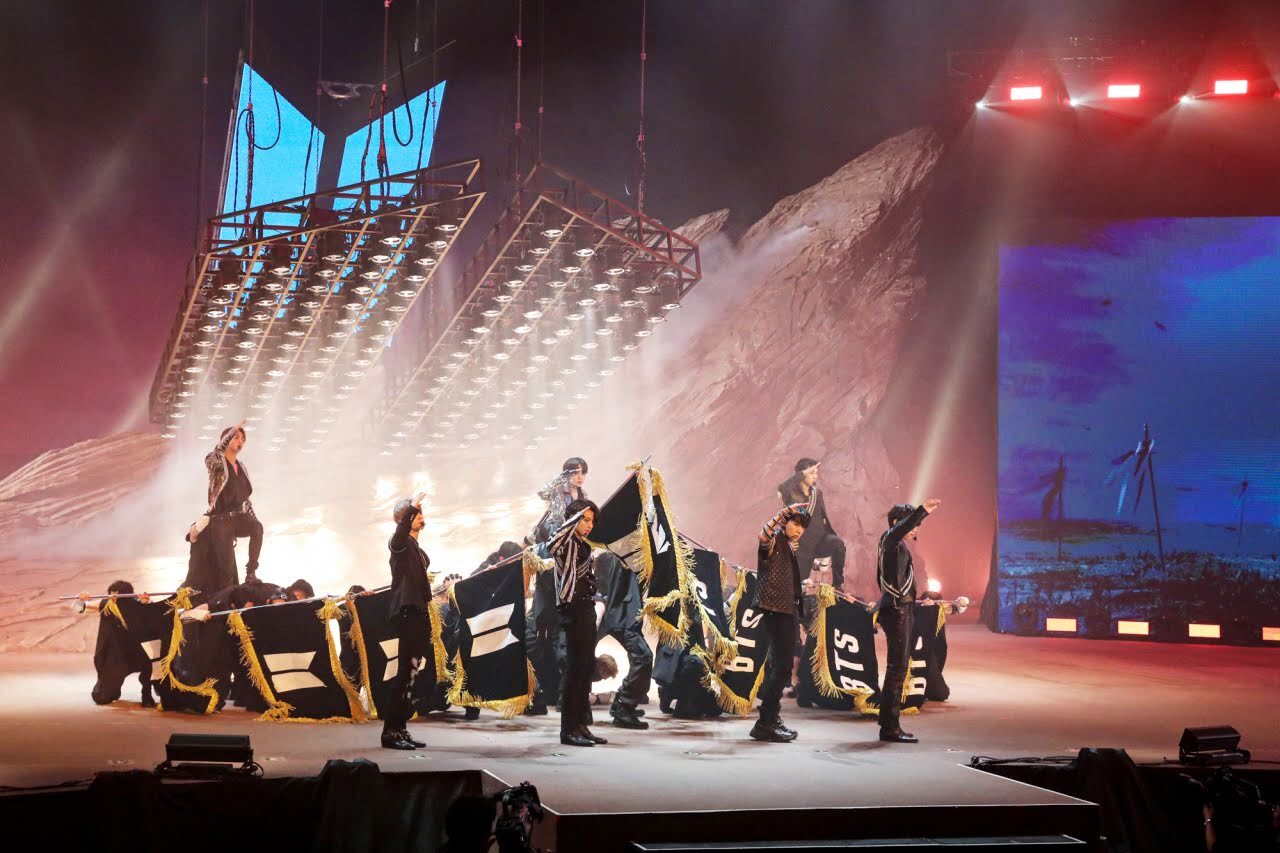 BTS is known to take their fans on emotional rollercoasters; they make them cry with one song and then jump in excitement in the next. On the first day, fans took a trip down memory lane while BTS sang older songs like “Butterfly” & “Run”. On the second day, BTS gave a chaotic performance with newer hits like “Spring Day” & “Idol”.

Jungkook took over the cameraman’s duties while Suga danced to Gwara Gwara in the cutest way possible. While performing “Dynamite,” RM added in a Korean line to the English-language song to spice things up a little. 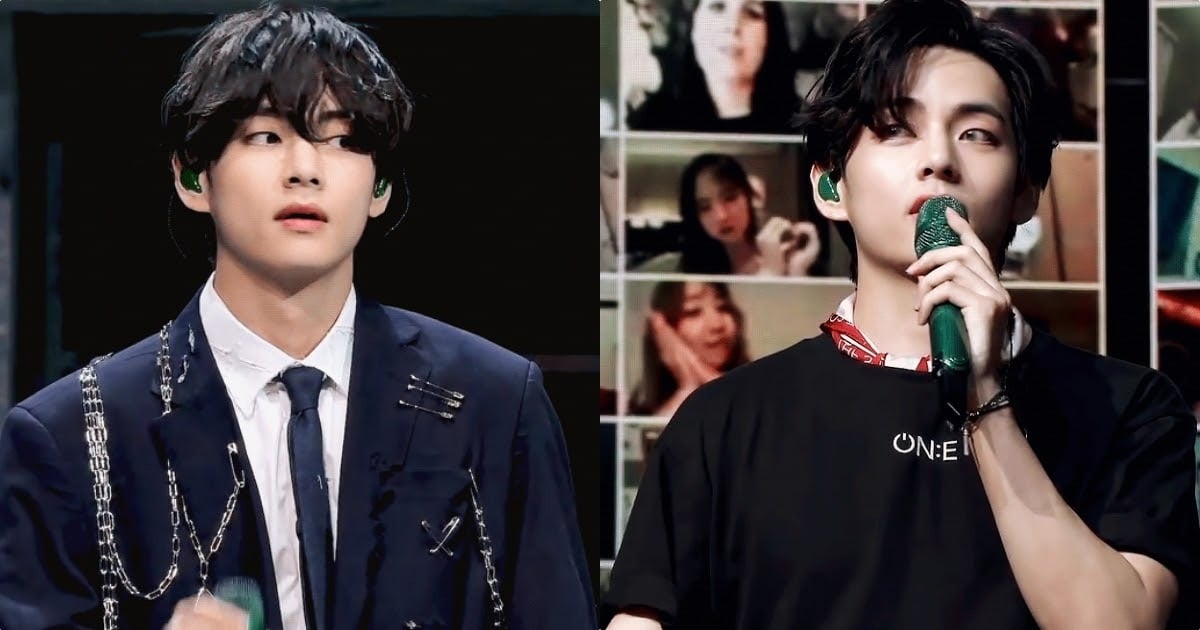 Taking over the world

Due to BTS’s massive success across the globe, it’s no surprise the audience was international.

During the concert, the members took turns greeting fans in different languages.  Tae went first in Chinese, then Suga, Jin, and Jungkook followed in English, Thai, and Japanese, respectively. RM went in Spanish and quickly trended on Twitter after his “Hola somos BTS” message. Next was Jimin in Korean and then J-Hope in French. 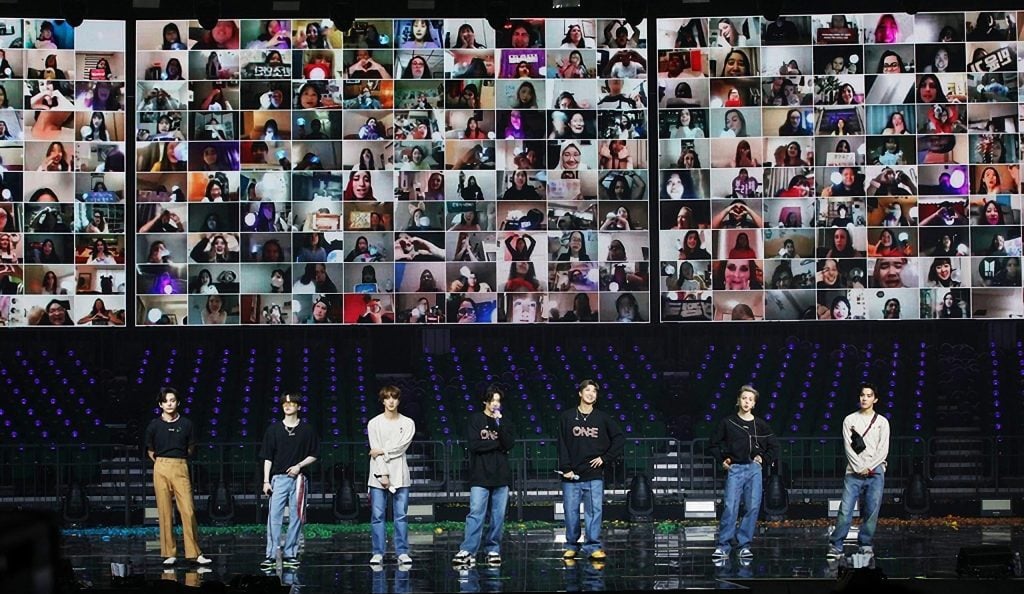 After fans noticed Suga’s injured shoulder during the performance, Suga said, “During the opening song, I couldn’t perform as well due to a shoulder problem but I’m fine now, and there’s nothing to worry about.”

Vocalist Kim Tae-hyung, dubbed “V,” finished off the night with these beautiful words: “You’re not here but I feel you here, as if I can hear your chants, and next time let’s really be here together.”

BTS’s Map of the Soul ON:E concert proves online performances can be just as fun as in-person concerts after all.

Share via:
Tags
BTSBTS ArmyJ-HopeJiminJinJungkookK-popMap of the Soul: 7MusicRMSUGAv
Author 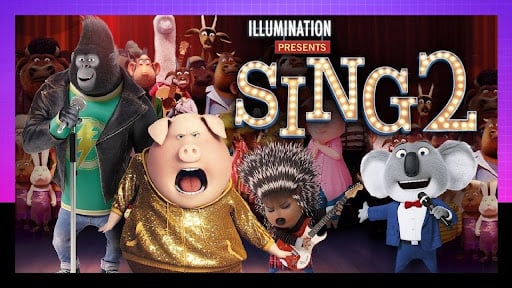