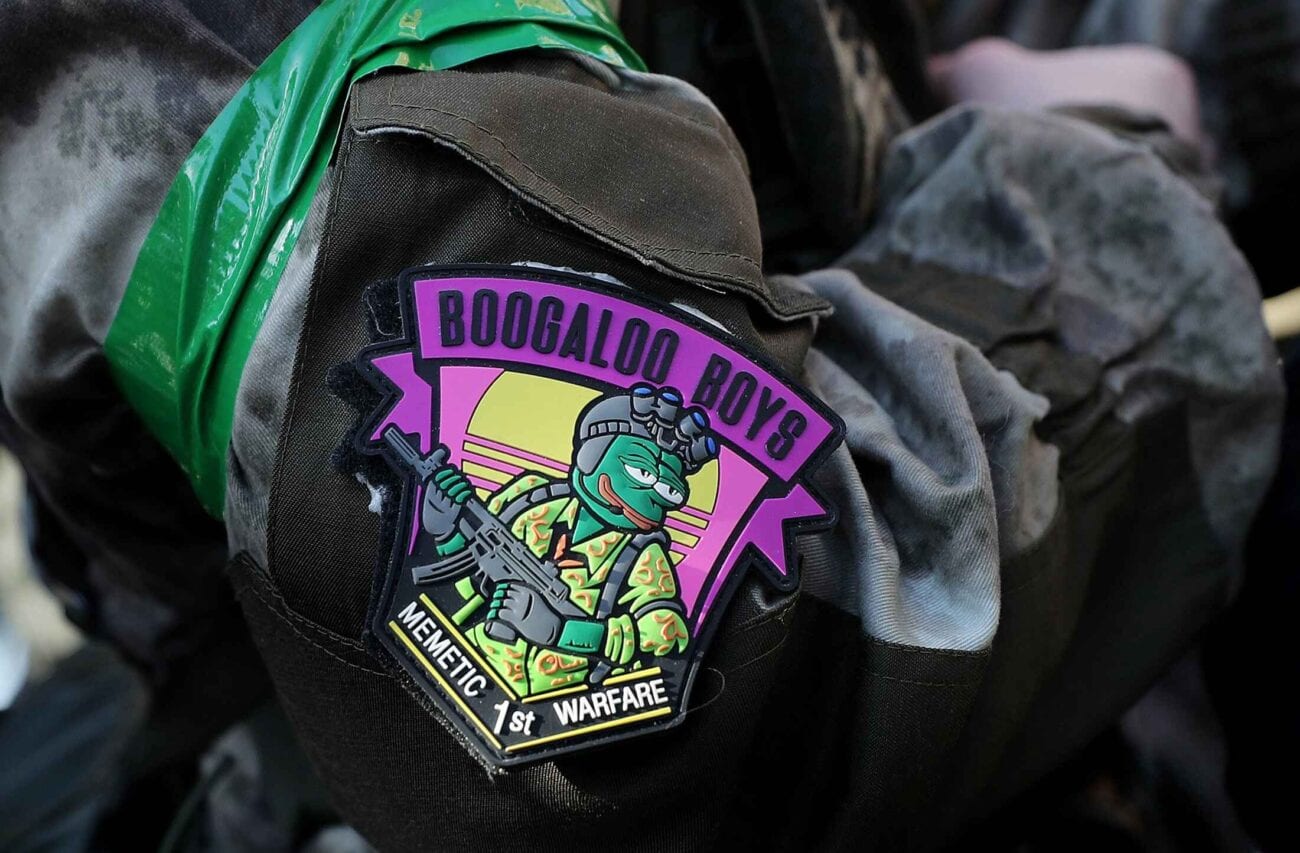 Usually one considers memes to be harmless snippets of hilarity & joy in the day. We’re sorry to burst your bubble – but not all memes are innocent. In fact, memes can turn into something way more ugly than you could ever imagine.

“Boogaloo” for example started as a meme in reference to an old breakdancing movie and has slowly evolved into a slang term used to reference a coming civil war. While some internet lurkers see the movement as a joke, others took “Boogaloo” to a whole new level. Boogaloo is now synonymous with a strong anti-government movement. 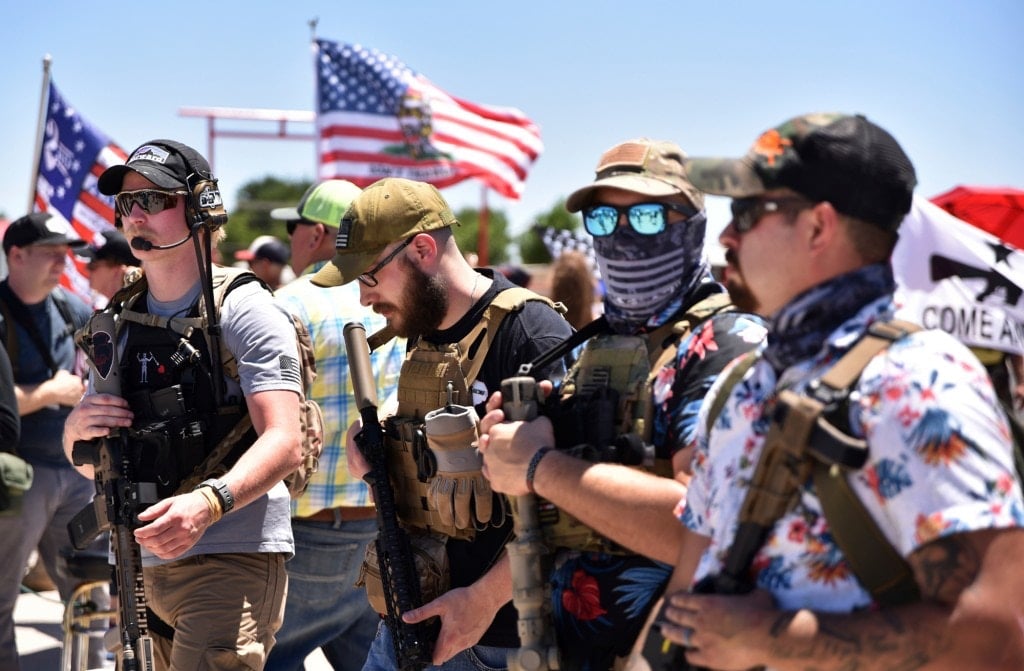 Anti-vaxxers, internet trolls, gun nuts, Proud Boys, hate groups, anti-government militias. Like many toxic collectives surging in America, those obsessed with the Boogaloo have made their way, becoming a serious movement that asserts wacky, far-right ideals.

They call themselves, “Boogalooers” or “Boogaloo bois.” Most Boogalooers have extreme libertarian politics, take advantage of political turbulence, always looking for an opportunity to incite the collapse of American society. Who knew the internet age could hatch such a monstrous militant force? 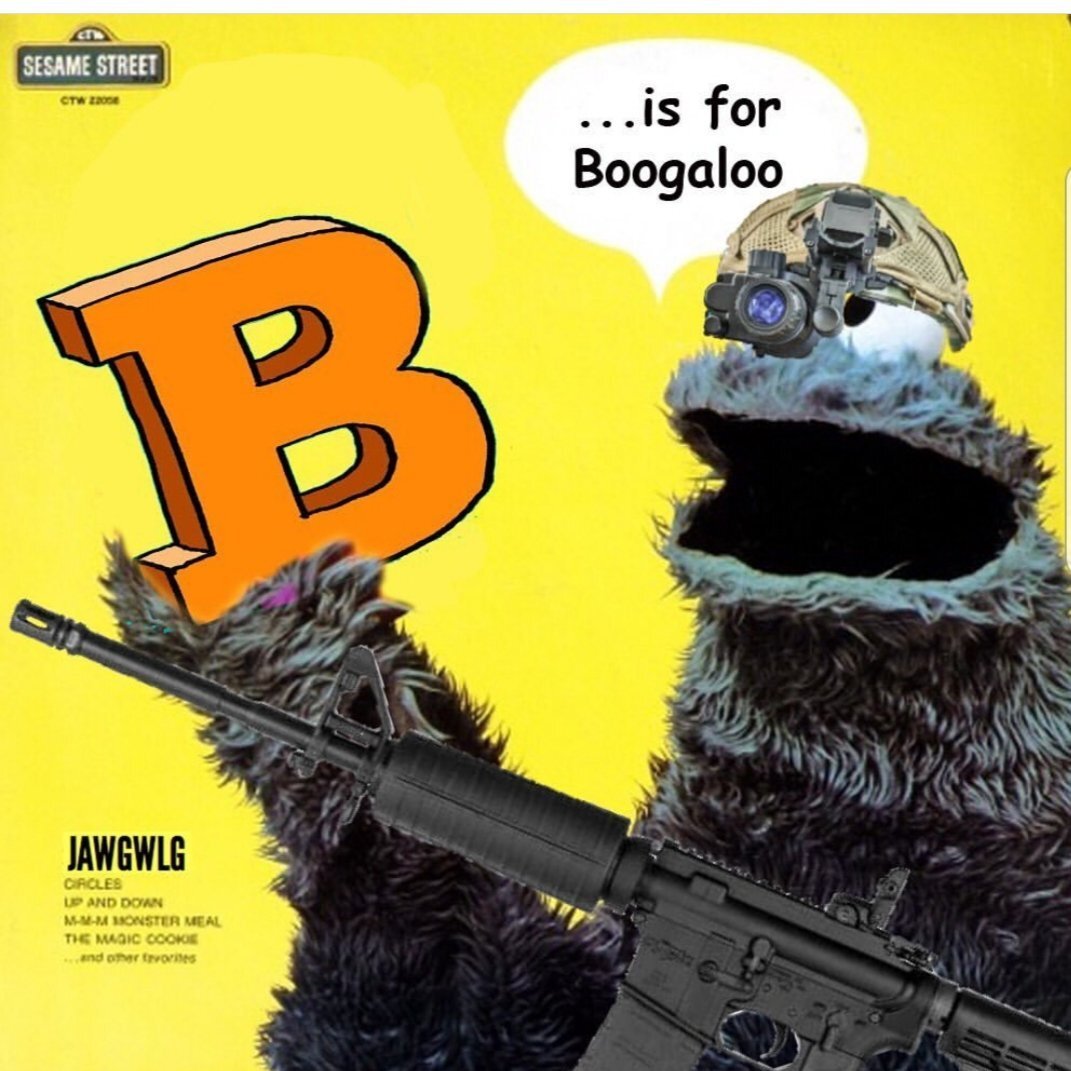 Rise of the Boogaloo

Like so many memes, the term Boogaloo found its origin on 4chan – the message board website infamous for breeding scummy threads. Boogaloo references the 1984 cult movie Breakin’ 2: Electric Boogaloo. The movie made it to 4chan due to its silly sequel title and has thus been picked up as a facetious parody title.

“Electric Boogaloo” has made its way into pop culture. Musical groups Five Iron Frenzy & Minus the Bear named albums & songs after the sequel title. Even It’s Always Sunny in Philadelphia titled one of their episodes, “Chardee MacDennis 2: Electric Boogaloo.” 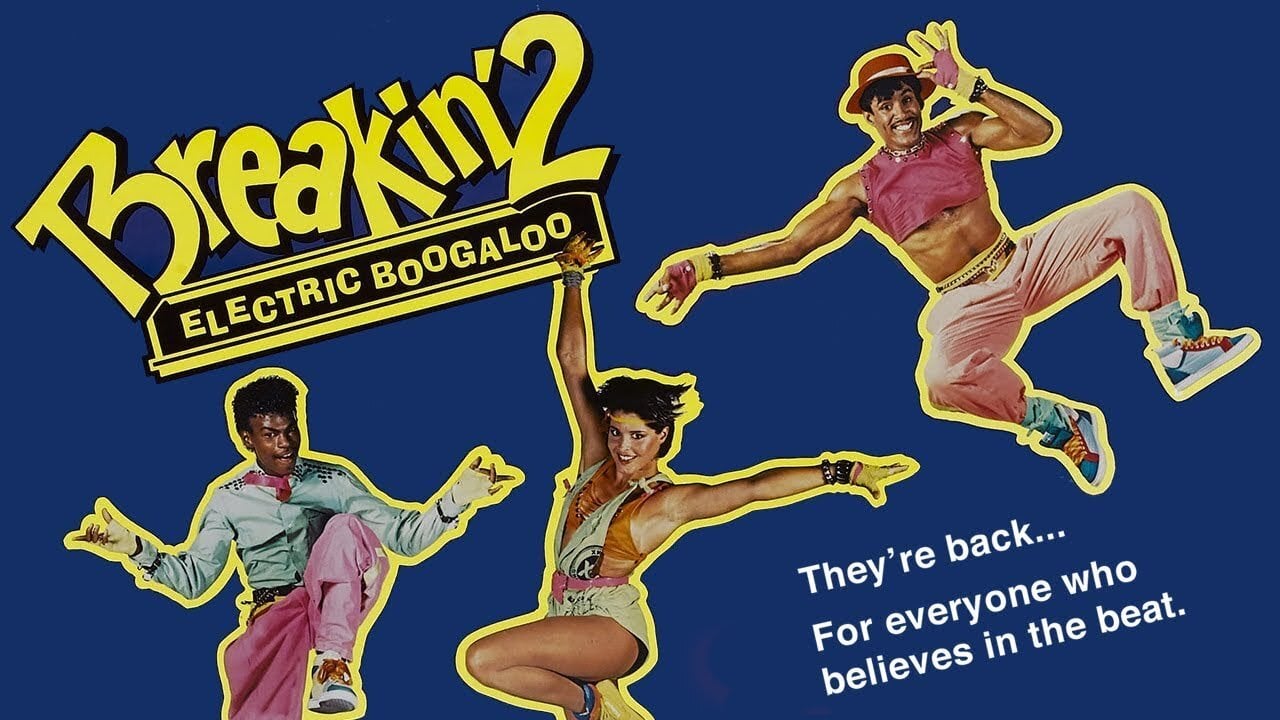 Of course, after the internet adopted the term, transforming it into a popular meme in 2012, “boogaloo” got debased. Referencing a “sequel” to the American Civil War – Civil War 2: Electric Boogaloo – boogaloo was overwritten, becoming a term associated with an uprising against the government.

The Boogaloo movement is known for attracting far-right extremists and didn’t become widespread until 2019. However, members of the group have already managed to develop a presence on social media platforms like Facebook, Instagram, Twitter, & Reddit. Operating under the guise of a mere meme group, Boogaloo Bois have often avoided censorship. The group has a particular affinity for the Pepe the Frog meme. 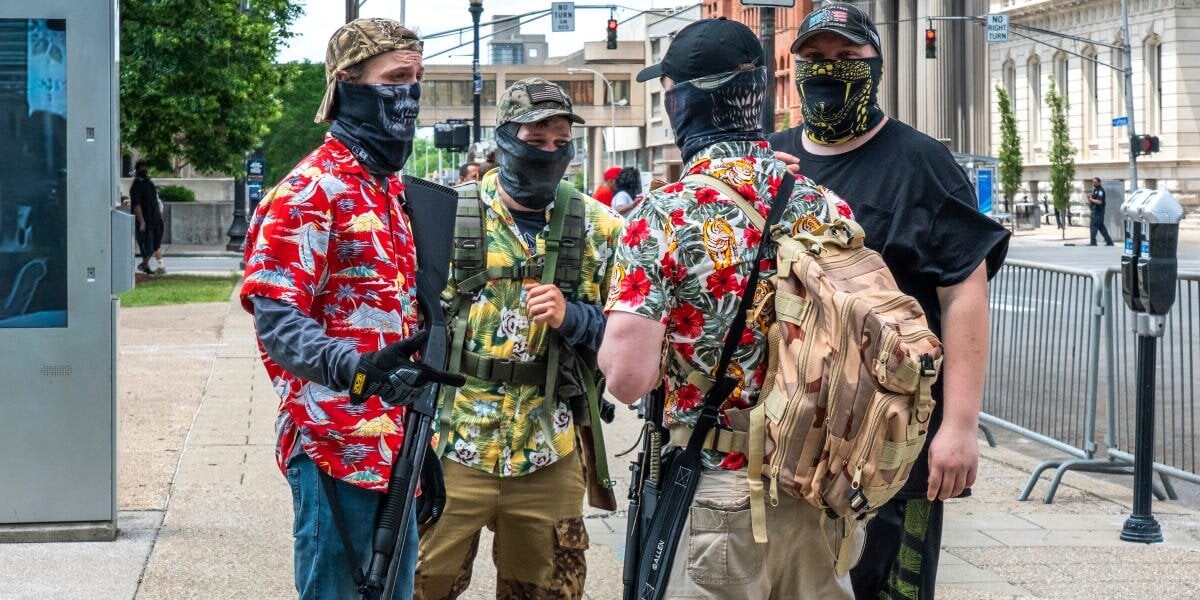 The Boogaloo have many things in common. They have anti-authority & anti-law enforcement stances, they love Hawaiian shirts, and most of all – they’re all gun-crazy. Due to their obsession with their “right to bear arms”, the group is often found proudly carrying weapons. Thus, the Boogaloo is essentially a makeshift militia.

Boogaloo Bois aren’t just flaunting their personal arsenal of guns – they’re expanding it. Just like a militia, they’re arming up for the future. With United States widespread lockdowns & Black Lives Matter protests, the Boogaloo movement seeks to use the momentum of the unrest to overturn

While the group may seem silly, it’s riddled with dangerous ideals and has proven to be capable of serious harm. For example, at least ten people affiliated with the Boogaloo movement have been charged with crimes. Recent events such as the George Floyd protests have triggered the Boogaloo movement, many responsible for the disruption protests and some for the killings of two security & law enforcement officers. 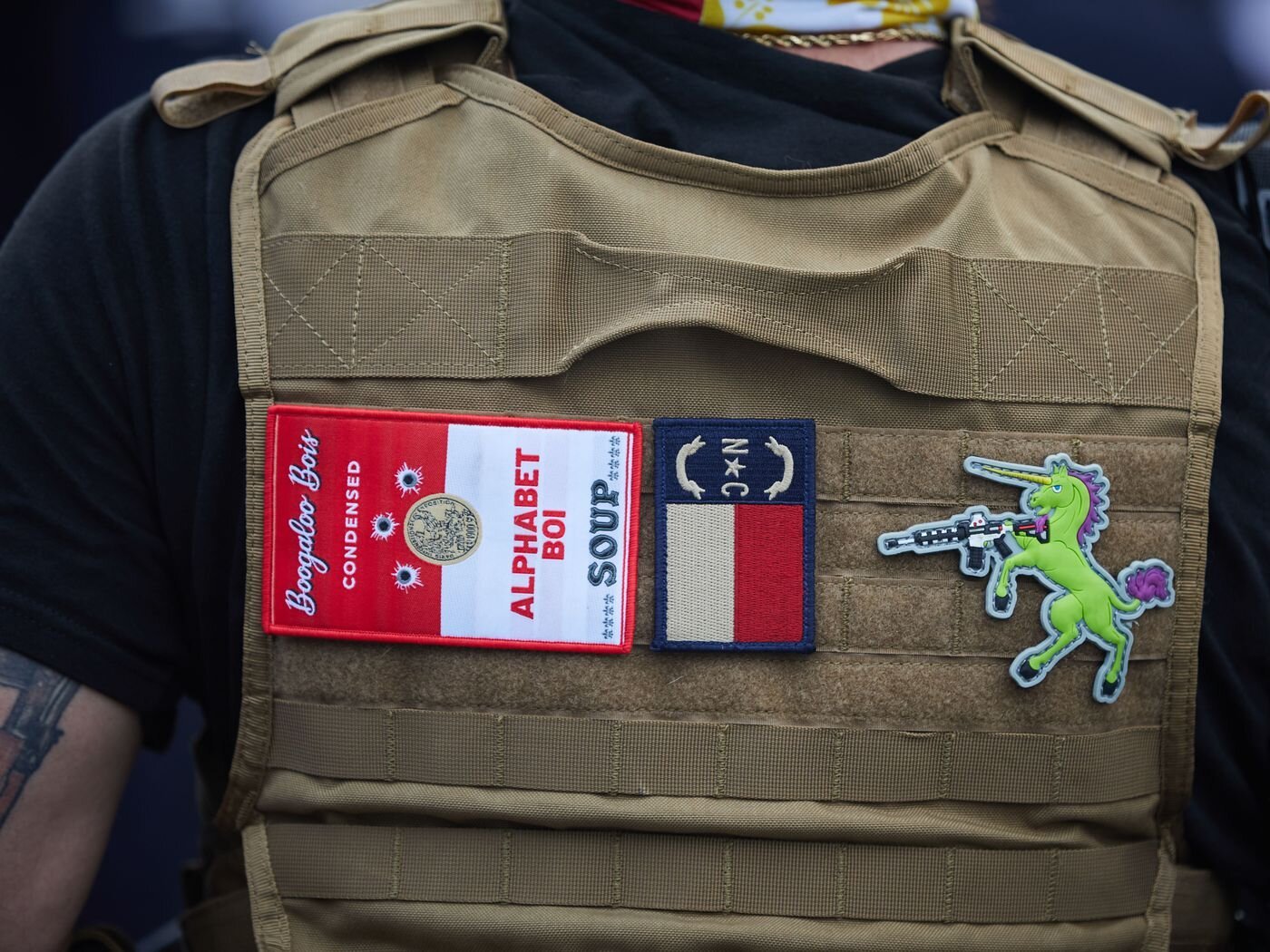 Why not to use “Boogaloo”

Some still cling to “boogaloo” as a satirical term, but many are warning people to stop spreading the meme all together. According to Mark Pitcavage, a senior research fellow at Anti-Defamation League’s Center on Extremism, “an increasing number of people employ it with serious intent.”

The previously underground activities of the Boogaloo group are now surfacing – popping up in spring like an invasive species. Pitcavage explained that the term had “crystallized” and that the once facetious group “started manifesting in the real world, with people showing up at events, self-identifying as Boogaloo.”

While the Boogaloo movement is still relatively disorganized, they are already starting to gather alongside other extremist far-right groups at anti-lockdown protests, George Floyd protests, and other spaces at frightening rates. The internet age is starting to show how formidable online movements can become – even with the most innocent of origins.